This UPS driver and pit bull share the sweetest friendship in the world. Leo the pit bull would sit outside patiently waiting for driver Katie to show up. Then one day a tragedy struck and Katie proved just how much Leo meant to her. 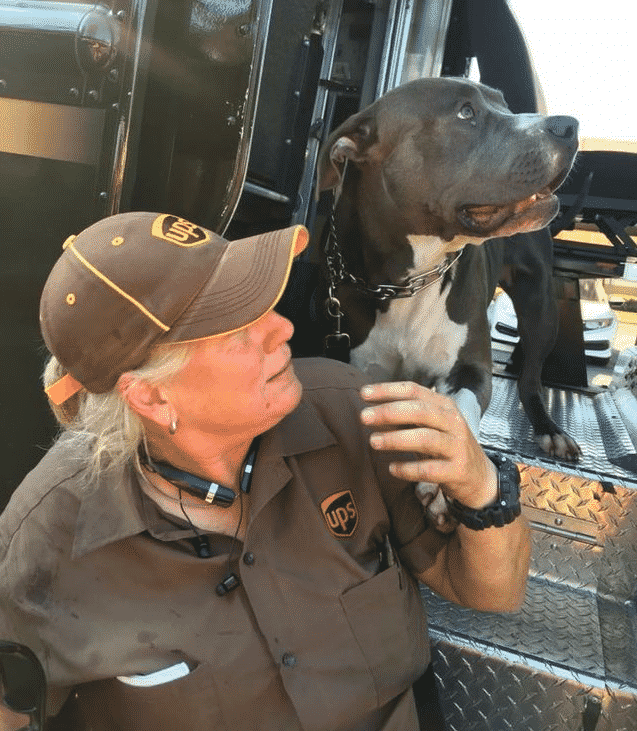 Leo the pit bull and UPS driver, Katie Newhouse, have a unique friendship. Every day, Leo waits eagerly for Katie to show up to his condo complex in Rancho Cucamonga, California. Leo would greet her with the biggest smile! 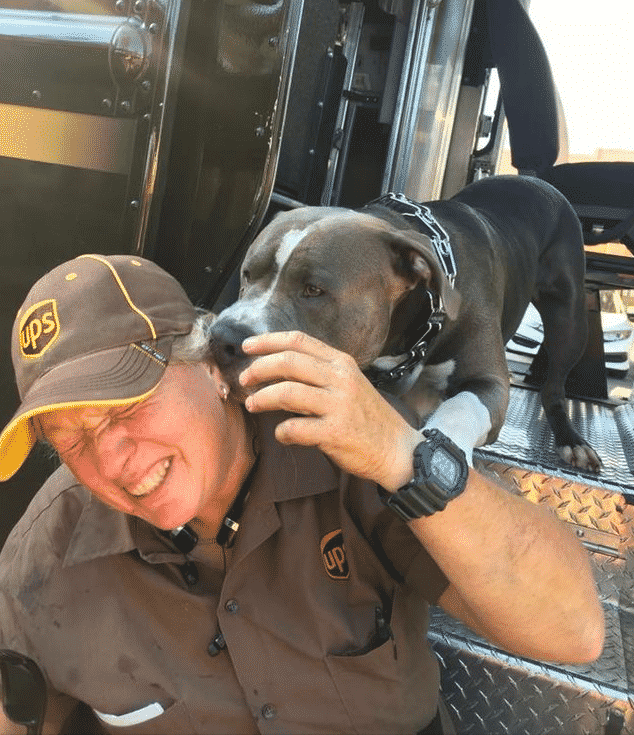 “Whenever I’d turn up at the complex, he’d apparently go crazy, and he’d want to come down and see me,” Newhouser said. “He just took a liking to me for some reason. He’d always come up and lick me.” 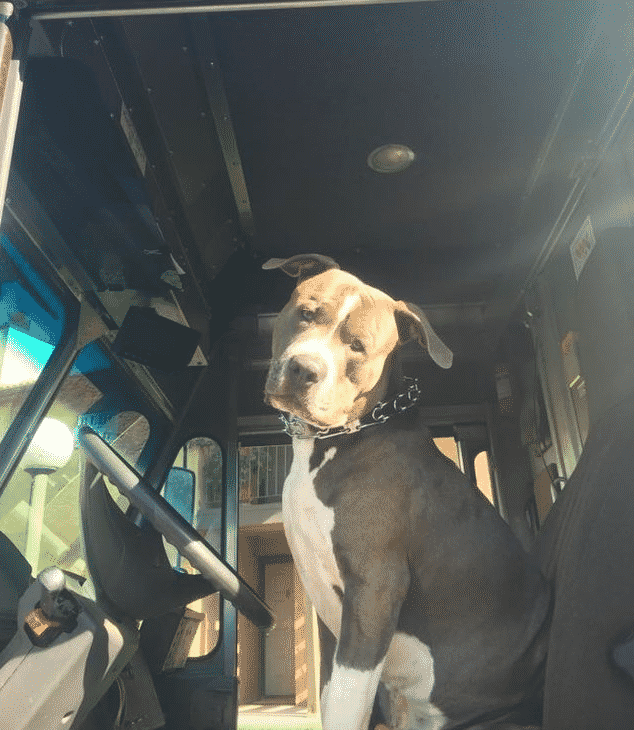 After giving Newhouser a ton of kisses, Leo would then proceed to jump into the truck. He always looked like he was ready to ride on. However, Newhouser obviously couldn’t take him with her. 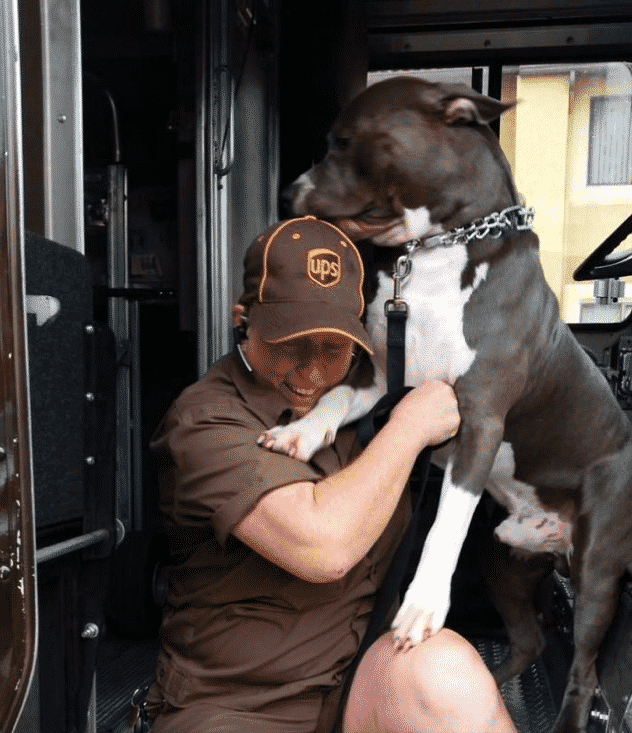 “He would sit there and sniff around,” Newhouser said. “When I had to leave, he didn’t want to get out.” It was obvious that Leo found a true pal in Katie and didn’t want to be separated from that. 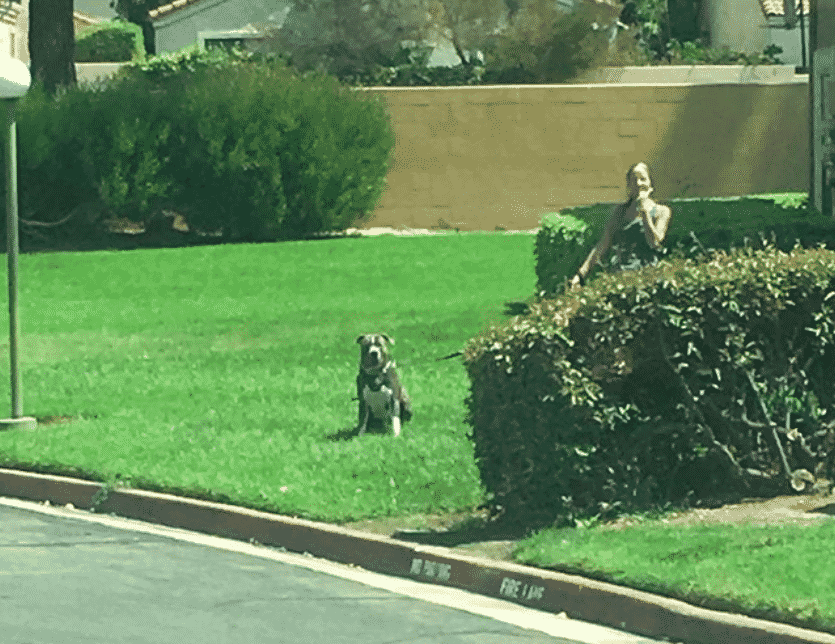 Then, one day, Katie was finally formally introduced to Leo’s owner, Tina. The pair were off for a walk when Katie spotted her old pal Leo. So Katie stopped and decided to talk to Tina. 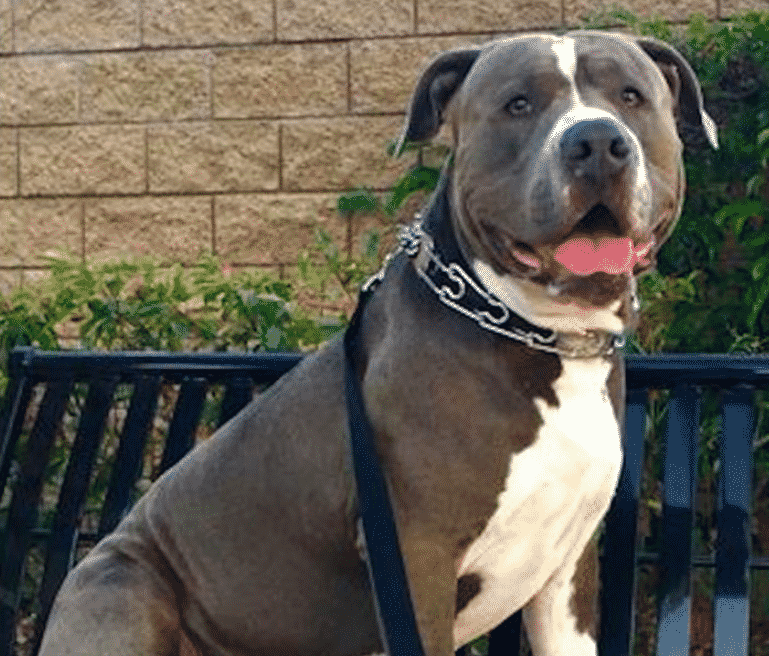 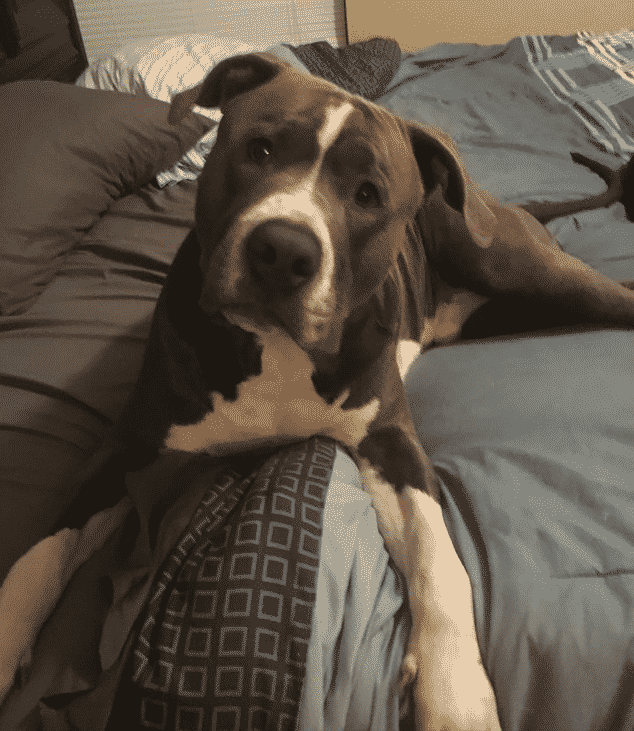 So this routine continued for the next year. Leo would always be there waiting for Katie to show up each day and Katie happily greeted him as well. However, things would drastically change one day in October. 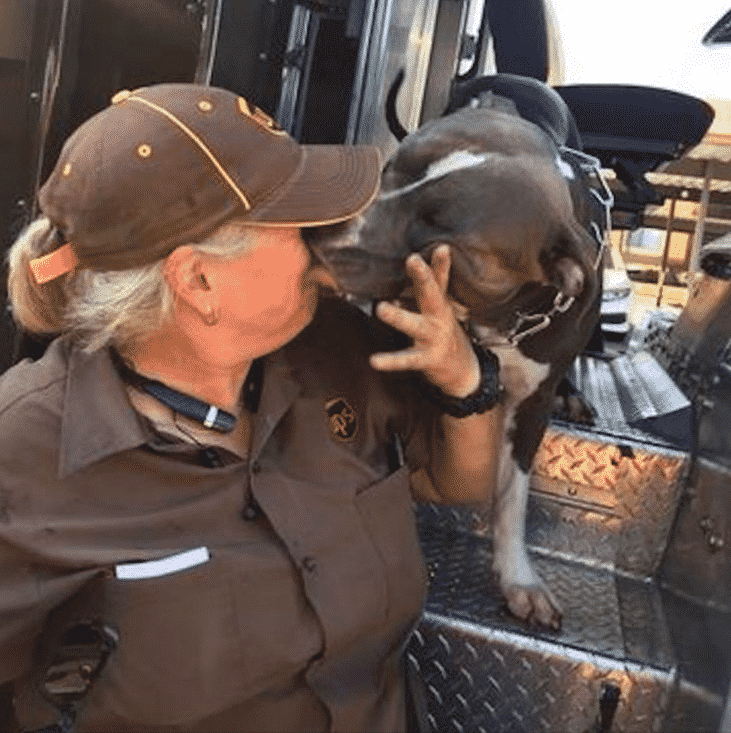 “I was on vacation, and when I came back to work, I went to the complex,” Newhouser said. “When I was pulling in, I saw [Tina’s] son Cannon pulling out with furniture in the back, and I thought, ‘Oh that’s weird.’ I just waved to him and he waved to me.” 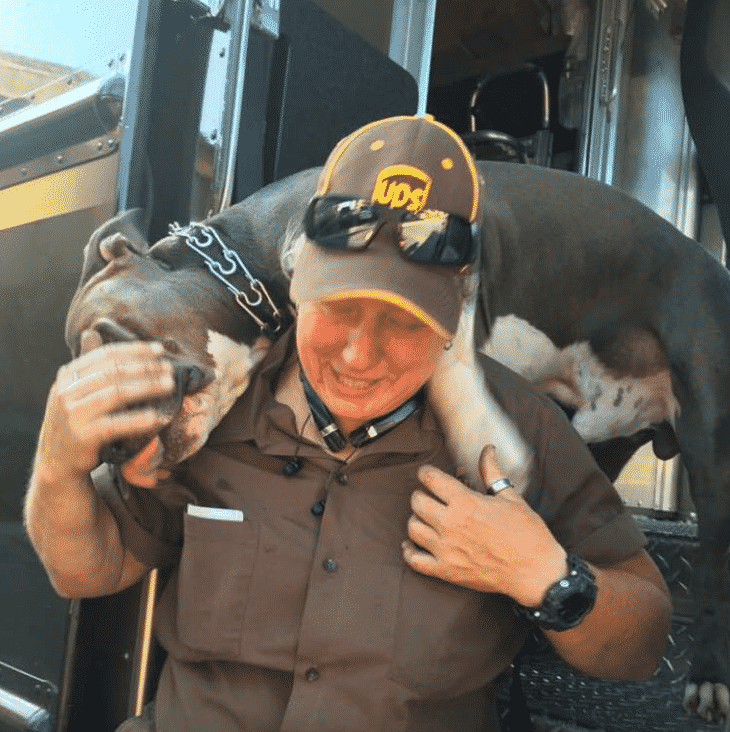 “And I didn’t think anything of it, because she was looking to move because the association of the condo was giving Leo a hard time because he was a pit bull, and they didn’t really want him there.” However, Katie didn’t see Tina after that moment. 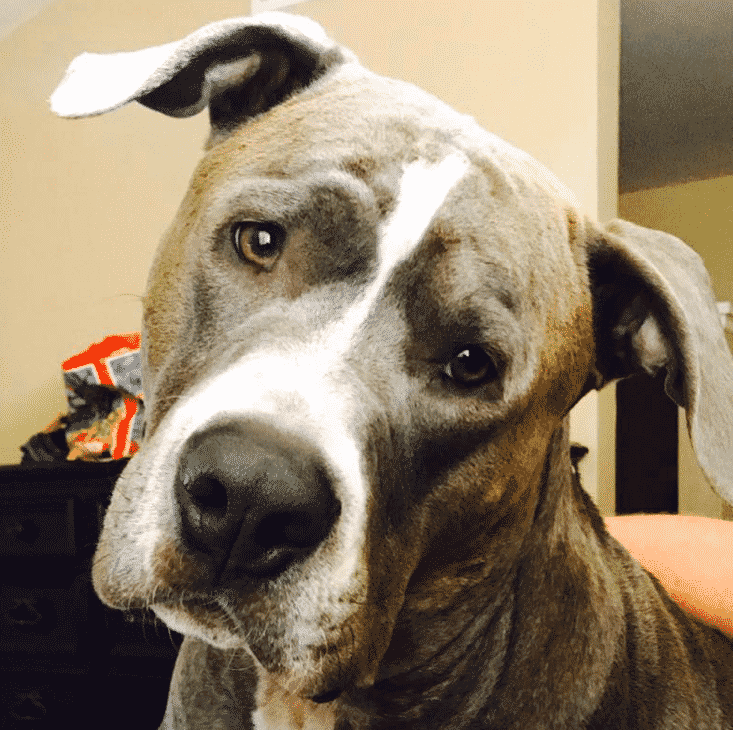 Katie then attempted to get in contact with Tina by calling her cellphone, but all of her calls went straight to voicemail. Katie was confused and so she decided to check Facebook for answers. That’s when she found out that Tina had passed away.

Katie knew that Tina’s son was involved with the Marine Corps. and so she reached out to him. She wanted to know what would happen to Leo while Cannon was away for training. 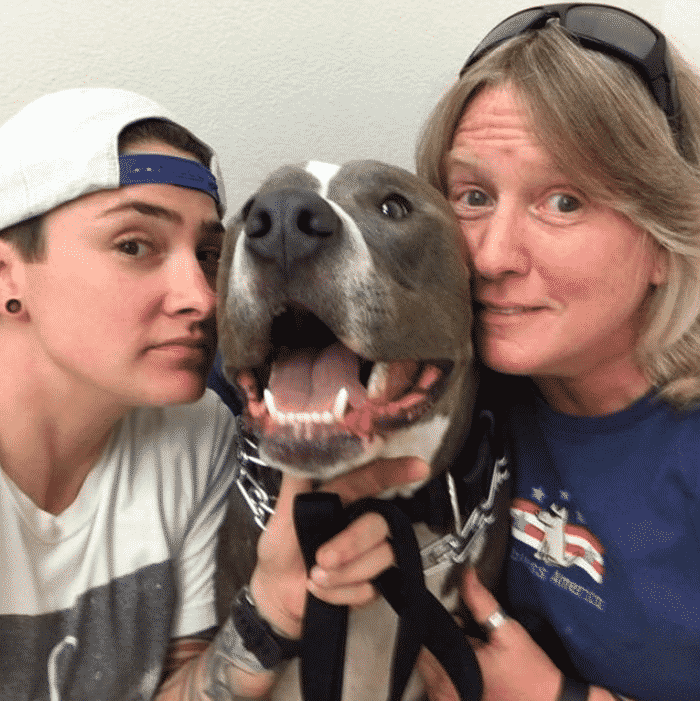 So Katie decided to reach out to Tina’s son, Cannon, and offered to watch over Leo while he left for Marine Corps. “I said [to Cannon], ‘I’ll take Leo until you can come back and get him from your training,’” Newhouser said. “And he said, ‘That’s fine.’ And then I picked him up that following Saturday.” 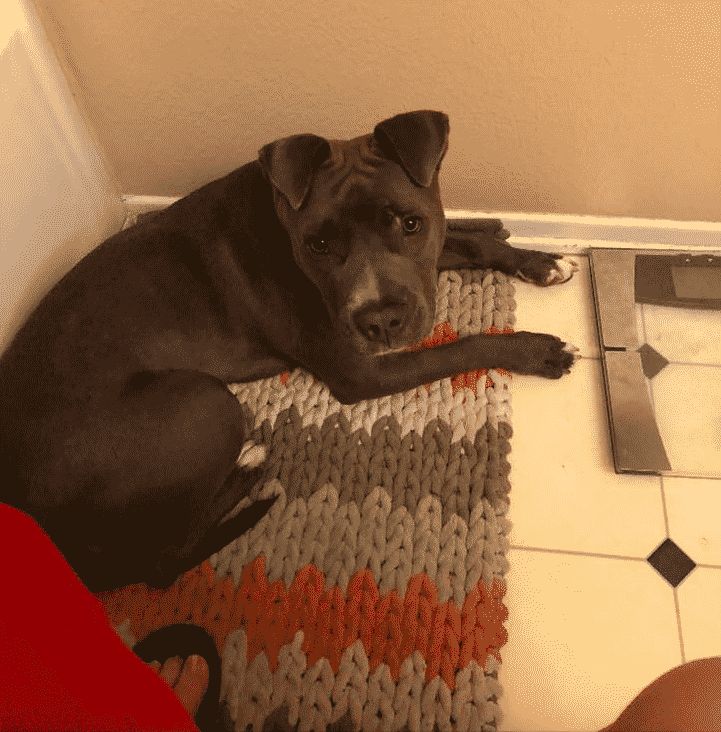 “I knew he had nowhere to go, and I didn’t want him to end up in a shelter, and with somebody who was not going to be good for him,” Newhouser added. Leo was so happy when he finally saw Katie after such a long time apart. 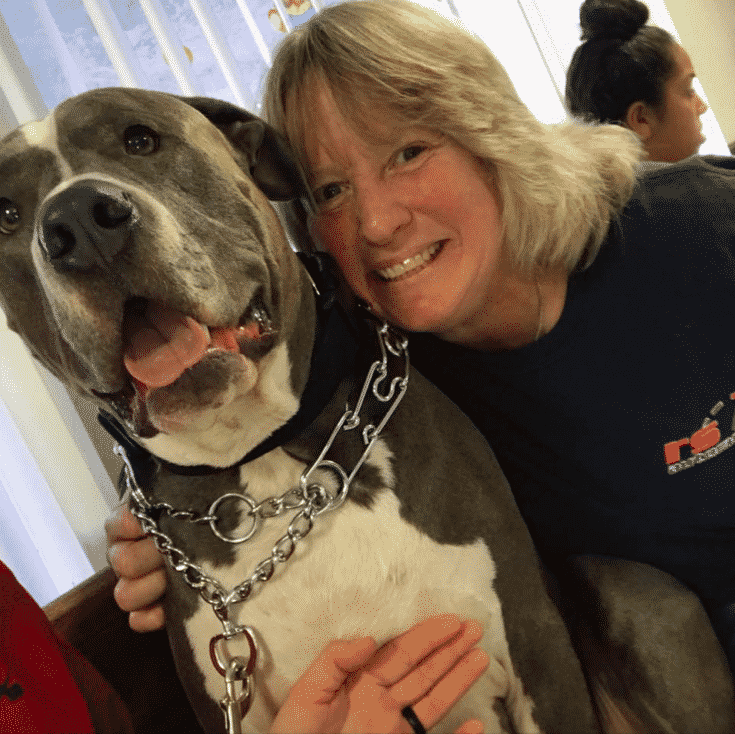 So Katie showed up in her truck to pick up Leo. He was super excited to see her but he was also confused to see her without the UPS truck. Still, the pup didn’t hesitate to show his happiness. 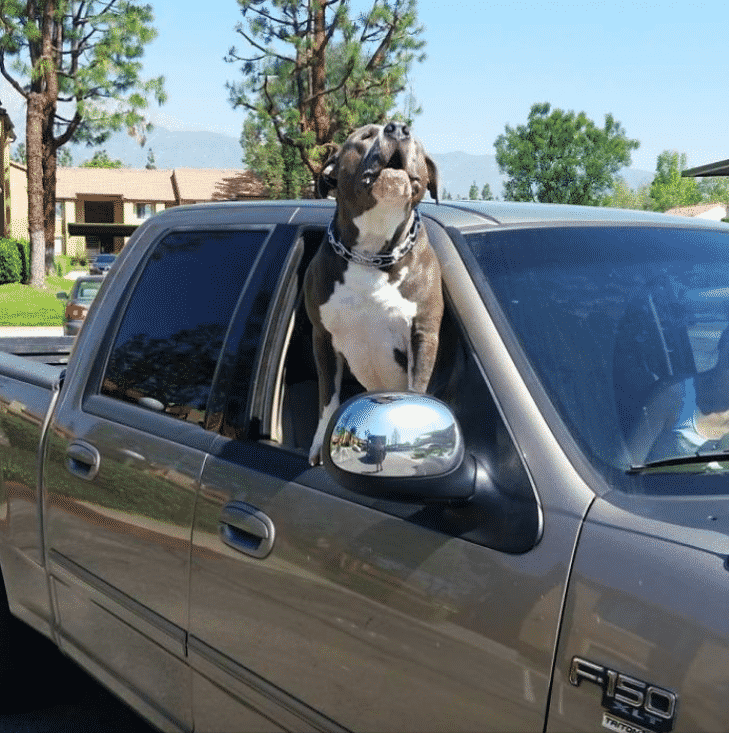 “He ran up to me, and started barking at me, just like he does when I’m in my UPS truck,” Newhouser said. “Then he immediately hopped into my truck. He loves going in the car, so I think he just thought he was going for a ride. But you could tell that he was confused.” 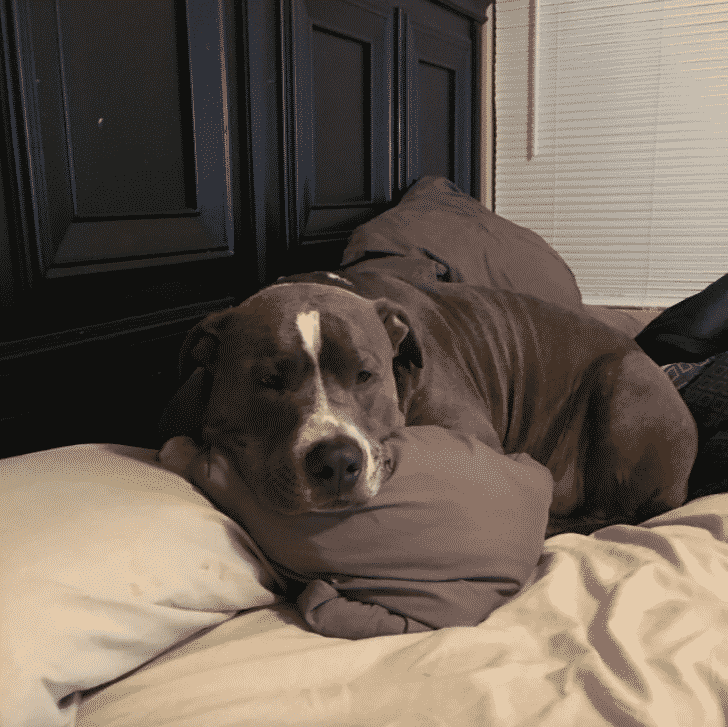 Leo had a rough time adjusting the first few weeks. He would often wake up in the middle of the night whining and crying. Katie figured that Leo was missing Tina. Luckily, Katie already had three other dogs at home that helped Leo cope. 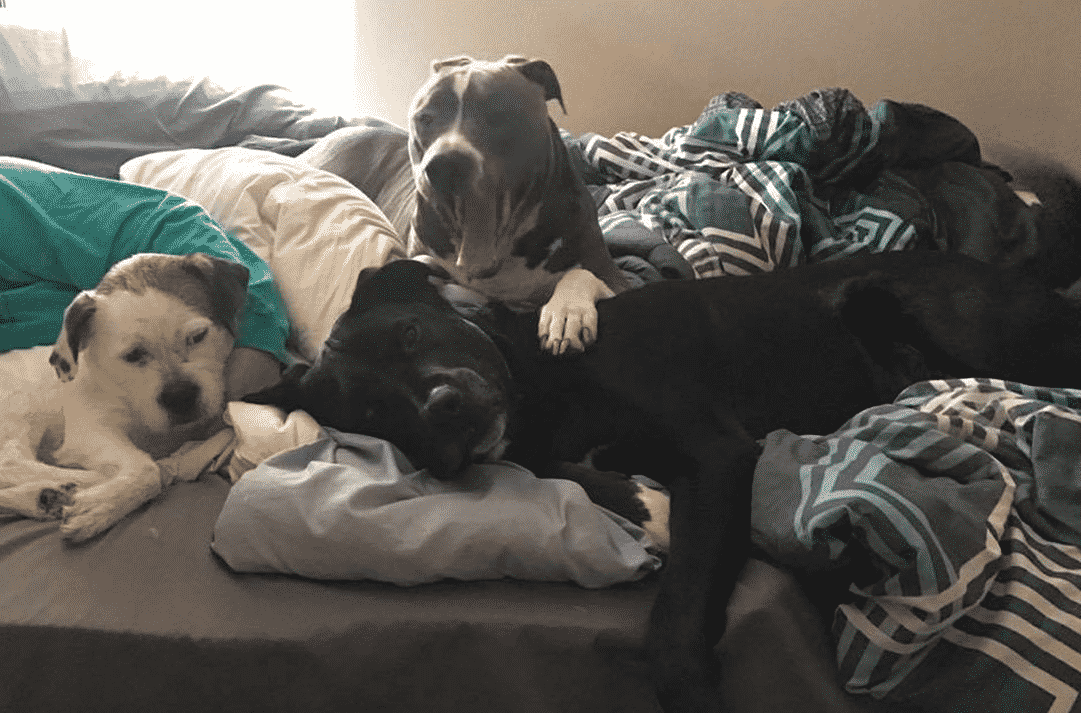 “They did some sniffing, and then they started running around in the backyard,” Newhouser said. “They just immediately took to each other.” However, it was still pretty obvious that Leo missed Tina. 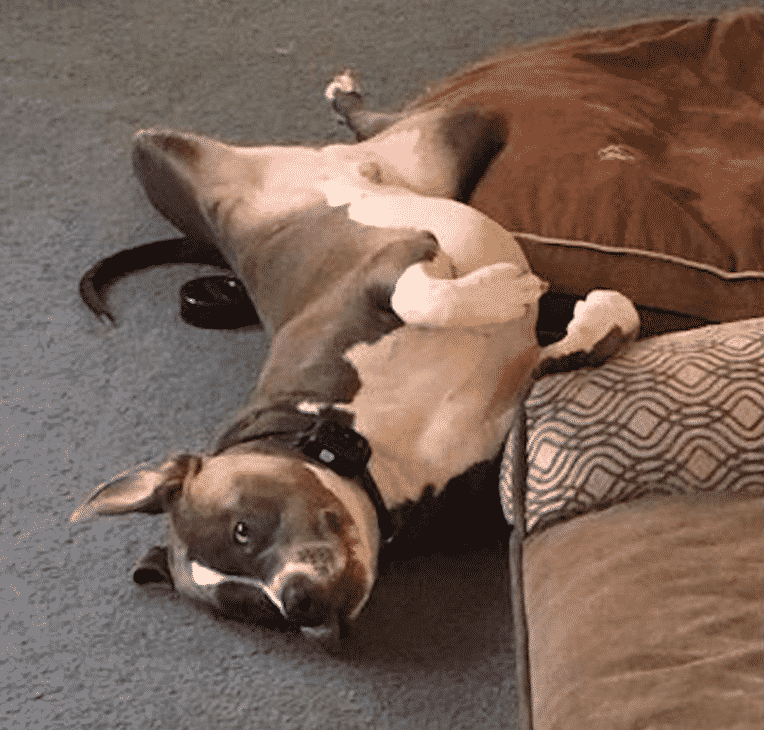 “He would whine a lot at night,” Newhouser said. “It made me very sad.” While Leo still has an occasional sleepless night, these days he has been doing much better. Katie is so happy to see him adjusting and getting comfortable. 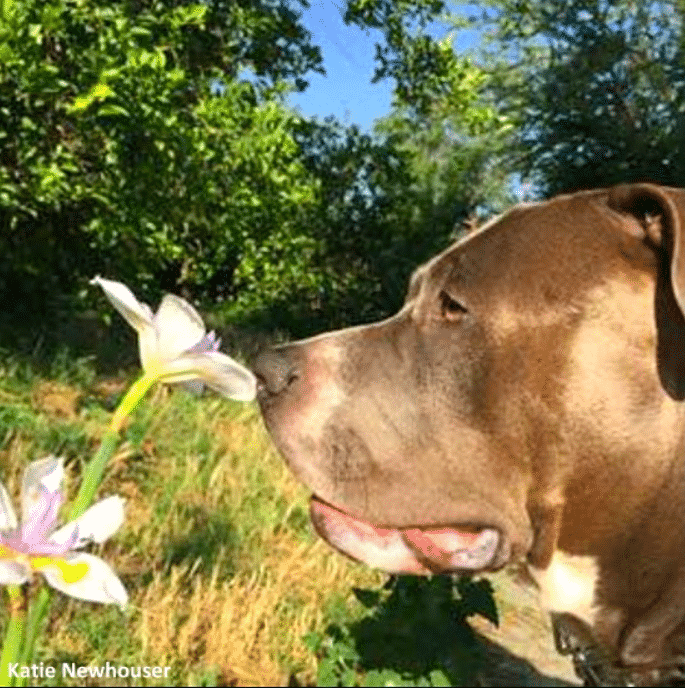 “He’s a big baby. He’s one of the most gentle dogs I have ever met,” Newhouser said. “He’s big and he looks like he could be mean, but if you look at his eyes, you can just tell that he’s just the sweetest dog.” 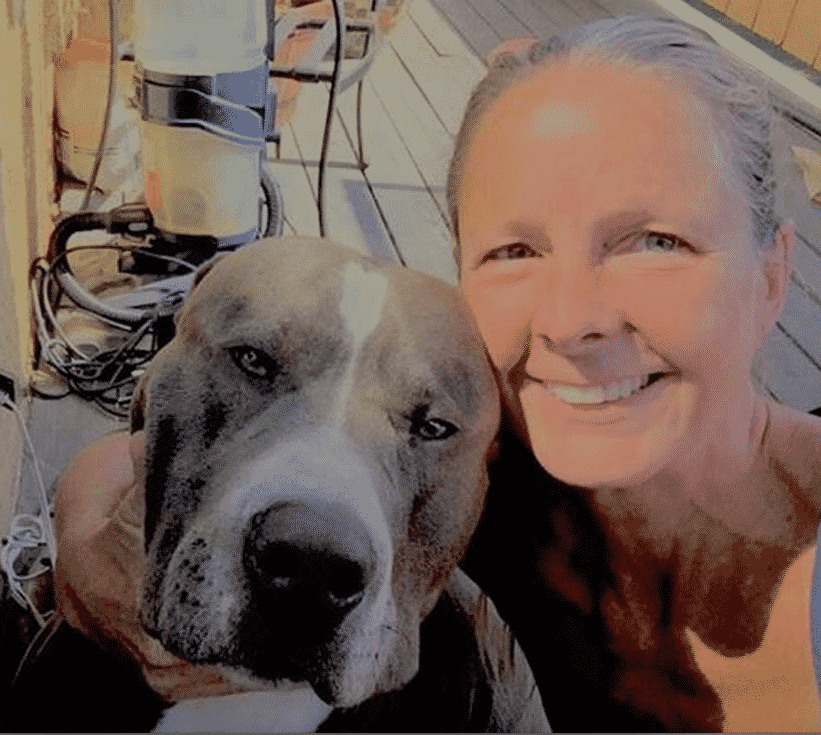 Katie went out of her way to help Leo when there was no one else that could. These two share a beautiful friendship and it is inspiring to see one person go out of their way for a sweet dog that needed help the most.