Today we have an incredible story that will show you that even people with a reputation for being mean care about dogs. As you all know, Simon Cowell doesn’t go easy on anyone whenever he judges shows and this is what made him famous. However, Simon Cowell proved to the entire world that he has a heart of gold when he decided to help a little kid rescue his little puppy. 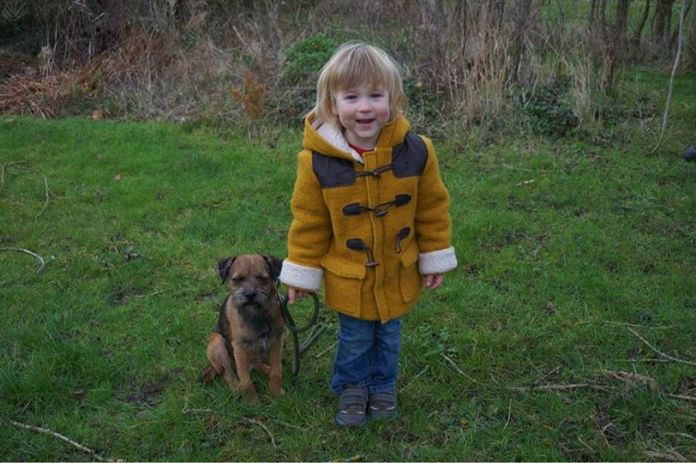 These two best friends are Edward and Morse. The kid and his dog are inseparable and they love nothing more than to run around in the backyard together. Sadly, something terrible happened to the dog… 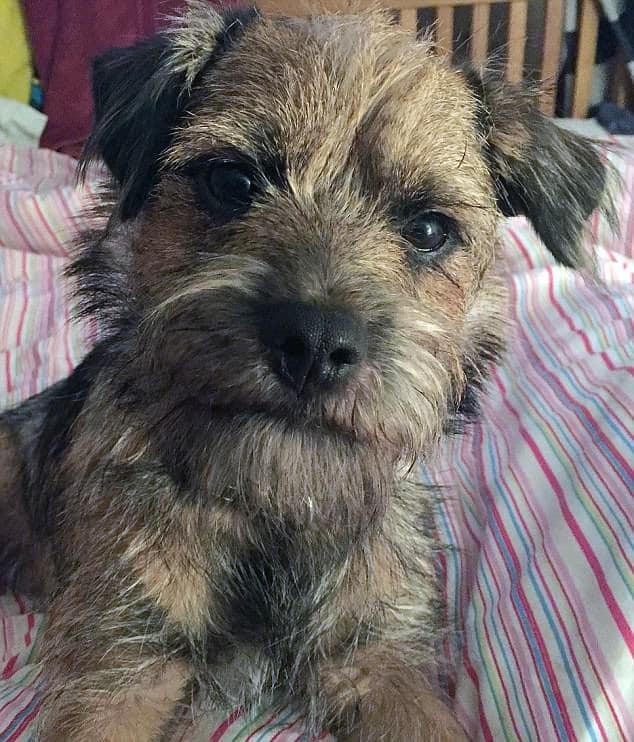 One day Edward let Morse go alone into the backyard and the little puppy never came back! Edward was heartbroken and did his best to find Morse, but the dog was nowhere to be found! 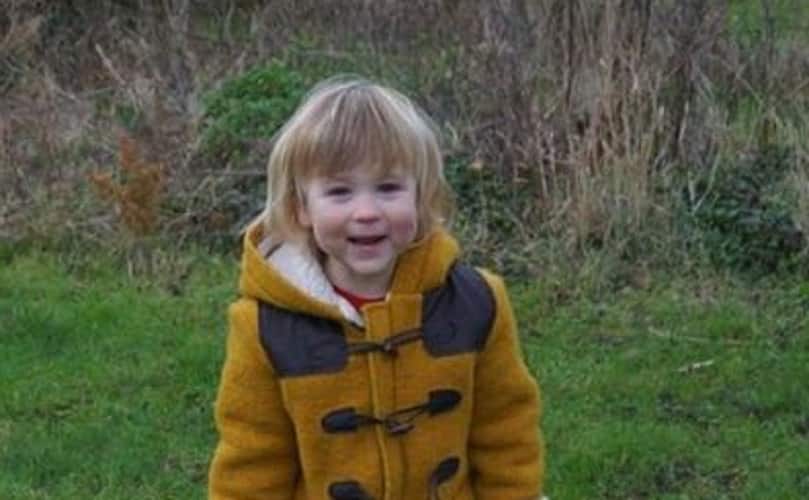 To make things even worse, Morse disappeared right during Christmas time and Edward was feeling alone. The only thing he wanted for Christmas was to get his best friend back and he decided to do something about it. 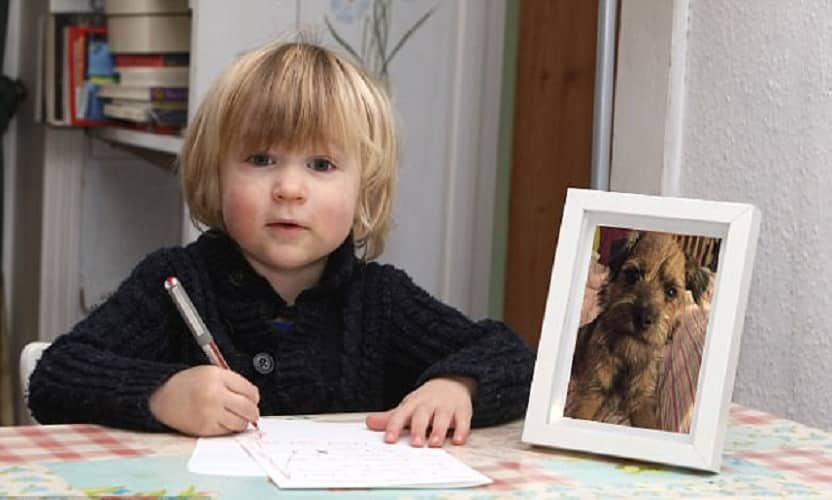 After tirelessly searching for Morse around the neighborhood to no avail, Edward’s parents advised the little kid to write a letter to Santa. Maybe a Christmas miracle would bring Morse back. 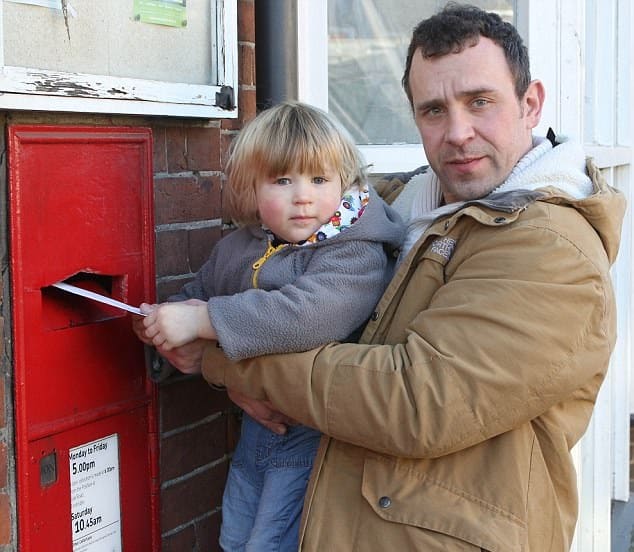 The parents knew that Santa wouldn’t be able to help Edward get Morse back, but they wanted him to have hope. The parents were also trying to find the dog, but they didn’t write any letters and took to social media instead. 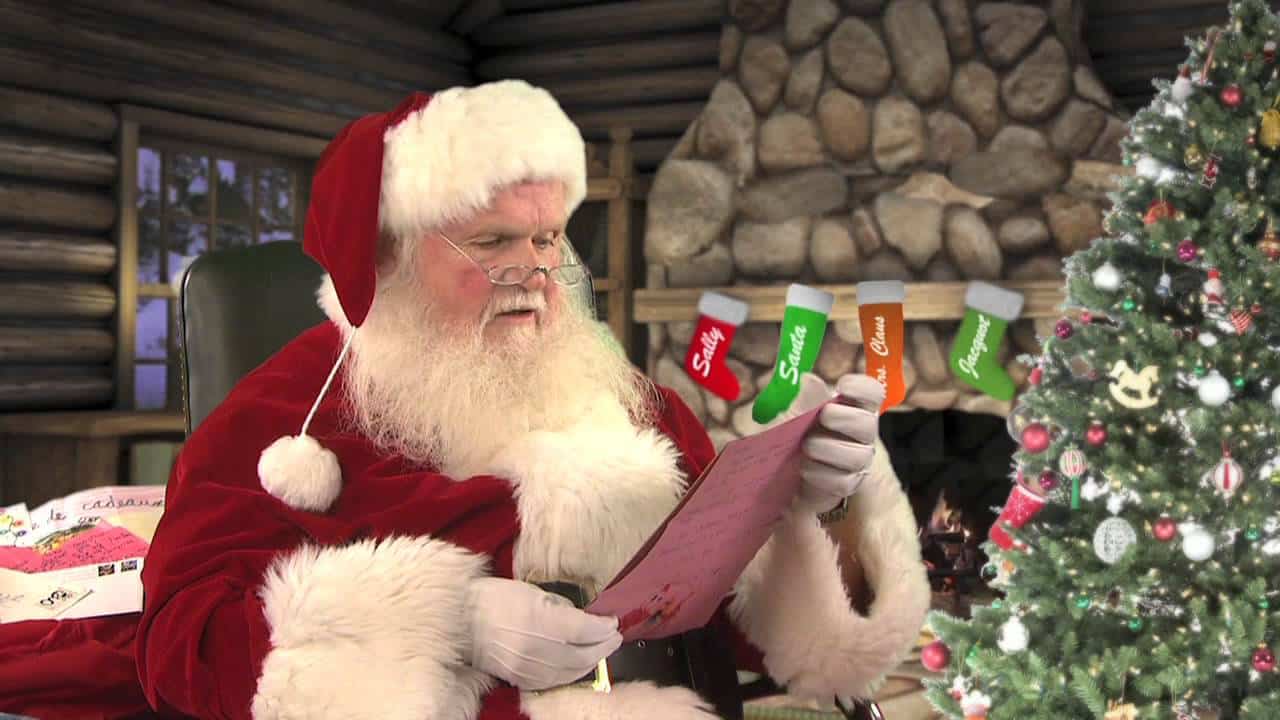 Edward’s parents knew that Santa wouldn’t bring the dog back and they started posting pictures of Edward and Morse on social media in hopes that someone might recognize the dog and tell them where it is. 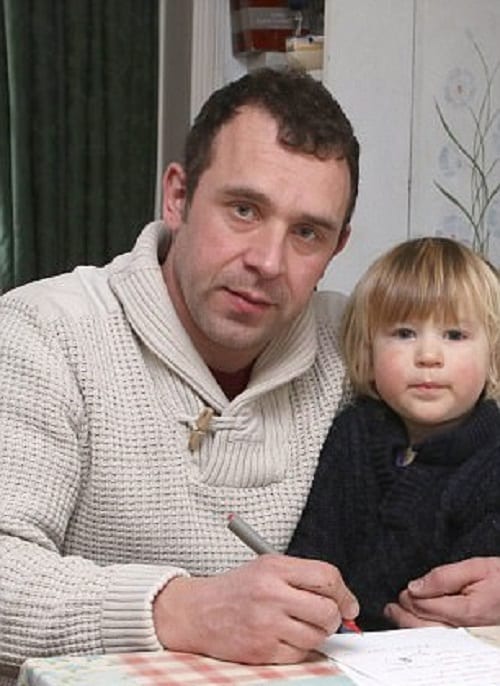 As Christmas was getting closer, Edward started feeling even sadder that his best friend wasn’t around. The parents were heartbroken that they couldn’t find Morse and bring a smile to their little boy’s face. 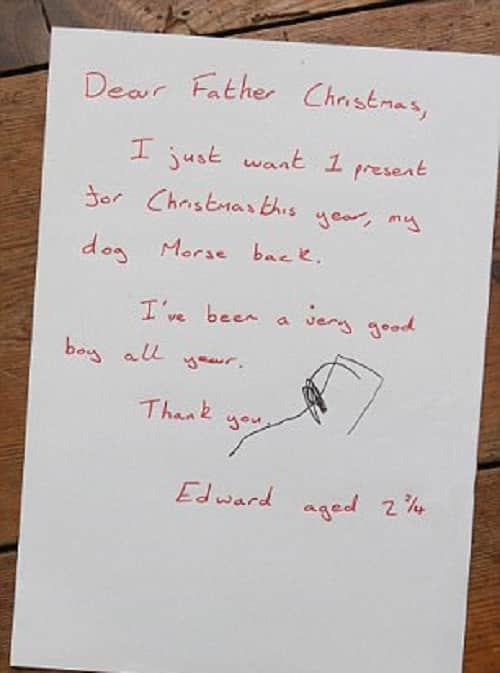 This is the letter that little Edward wrote to Santa. Even though Santa didn’t receive the letter, a famous person saw it on social media and decided to give out a lending hand. You will be shocked to find out who it is! 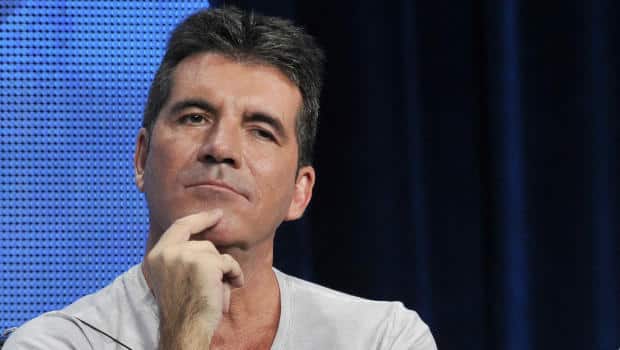 Simon Cowell is the celebrity who saw Edward’s letter on social media and he decided that he wants to help the little boy get his dog back. You won’t believe how Edward’s parents reacted to this! 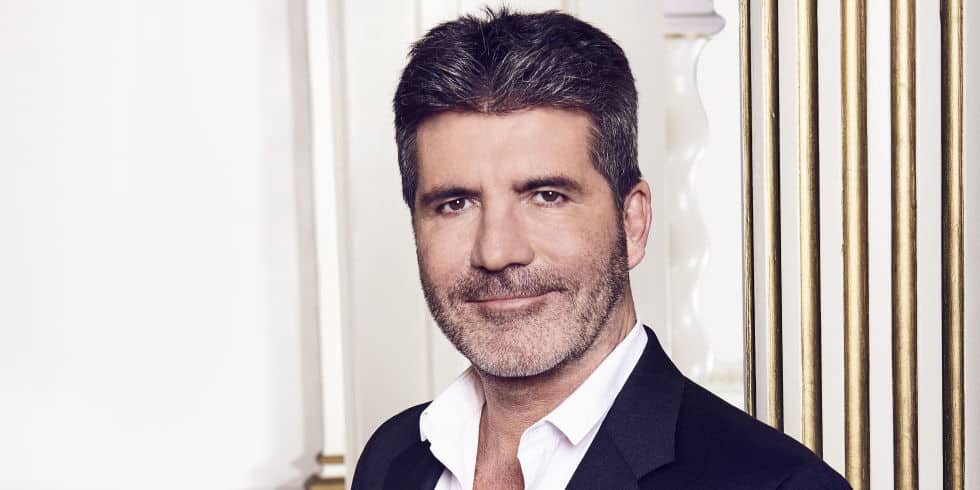 Simon Cowell has a reputation for being a tough judge on shows like American Idol and no one expected him to help out a little boy find his pet. Edward’s parents couldn’t believe that Simon Cowell wanted to help out, but they were excited about it. Let’s see what the celebrity did to help Edward. 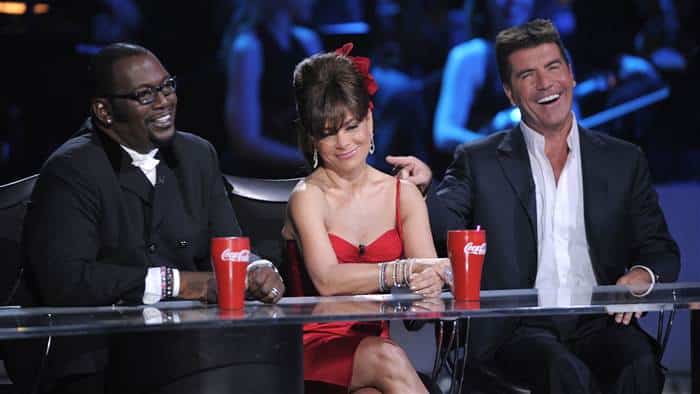 Simon Cowell is a businessman and he knows that the best way to retrieve Morse is to offer a cash reward. However, your jaw will drop when you hear how much money Simon Cowell offered for Morse! 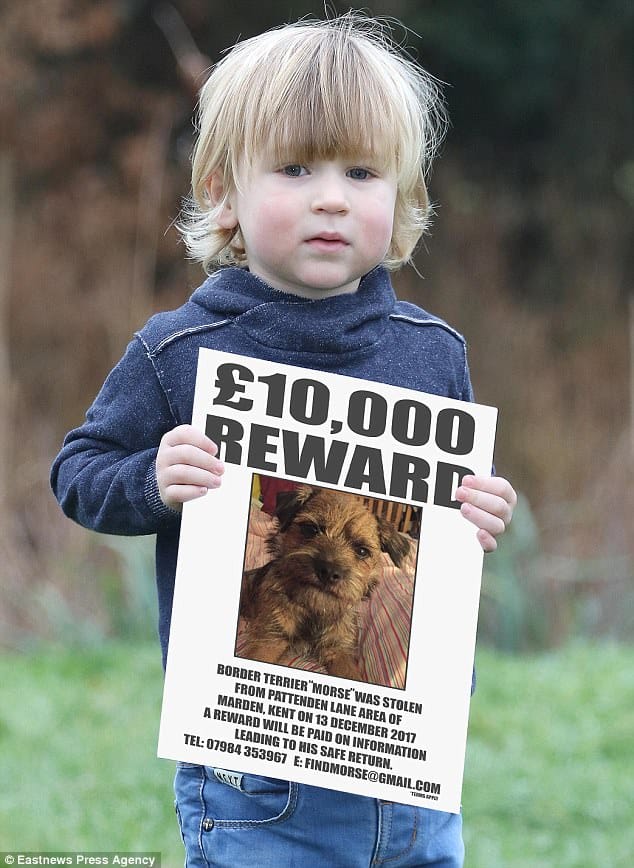 The celebrity put out $10,000 out of his own pocket to find Morse. Edward is too young to understand how much that sum means and he didn’t get excited at all. In fact, Edward was losing hope. 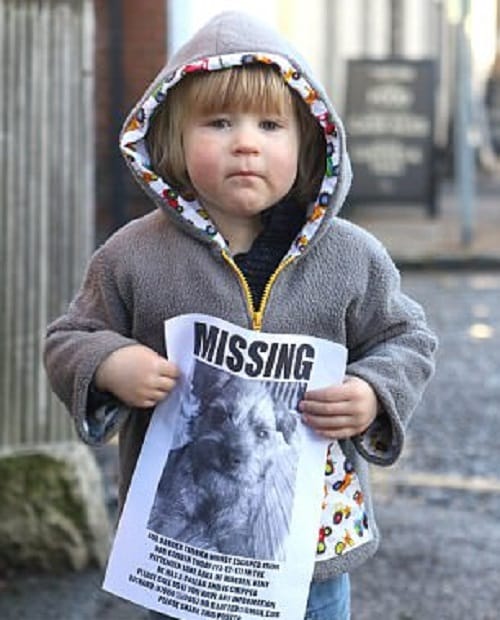 Weeks pass by and the only tips that Edward’s parents received about Morse were fake ones. Edward was sadder than ever and it didn’t look like he was going to get Morse back any time soon. 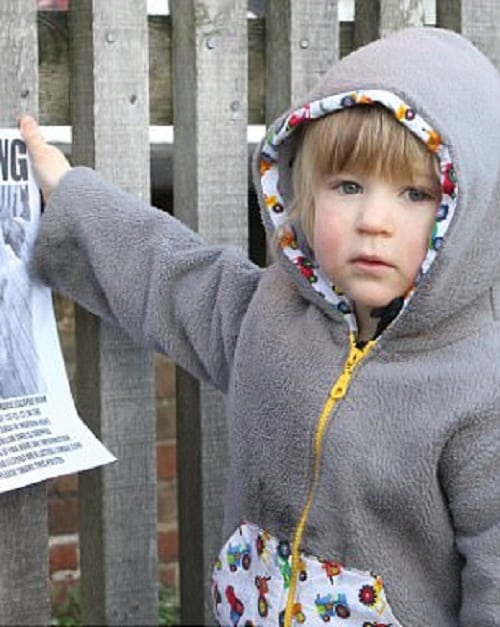 Even though Morse was nowhere to be found, Edward was not willing to give up this easy. The little boy was determined to find his dog and he kept putting up reward posters all around the town.

6. Christmas Is Getting Closer 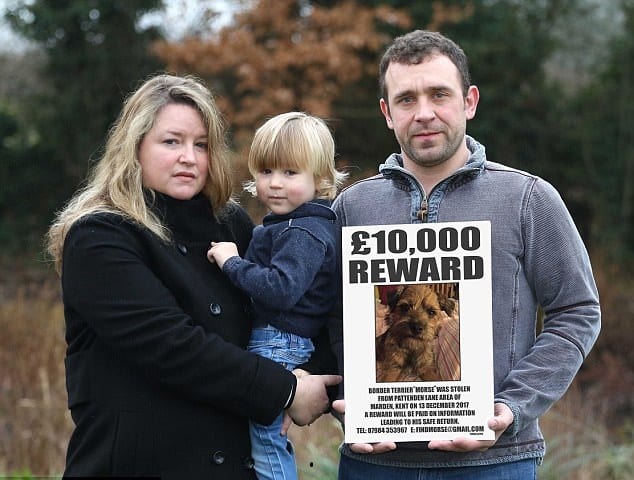 Christmas was getting closer and the only thing that Edward would talk about is how Santa was going to bring Morse home. The kid’s parents were heartbroken to see Edward like this because they knew that would never happen. This is when their phone rang! Keep reading to find out who called them! 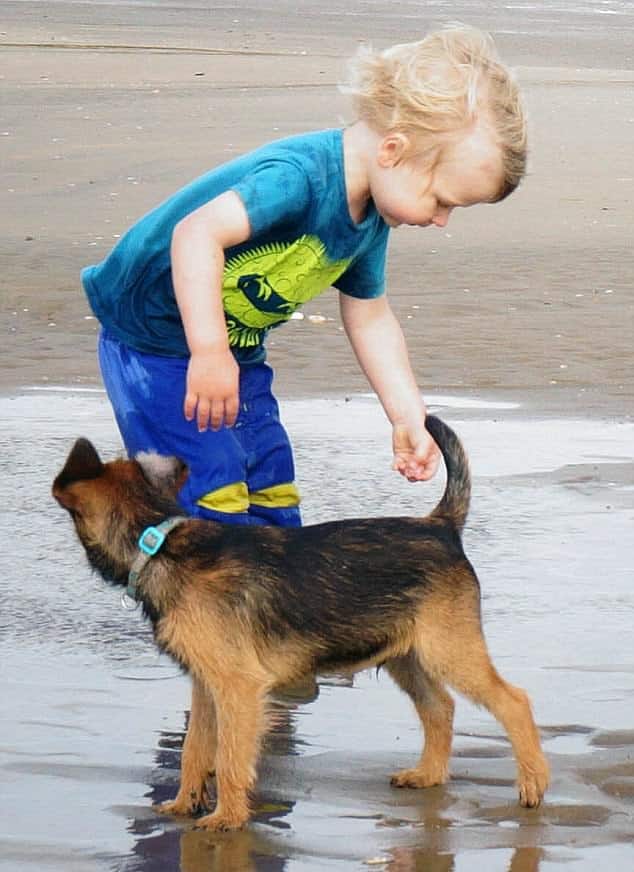 Edward’s parents received a call from a random man who told them that he saw a dirty dog that fits Morse’s description. To make things even better, the dirty dog was running around the neighborhood. Could it be Morse? 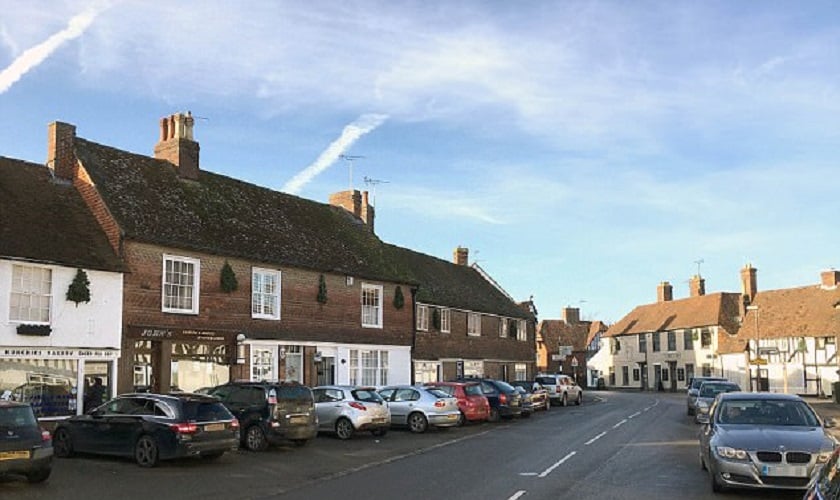 Knowing that a dog who looks like Morse is roaming around the neighborhood, Edward’s parents started a search party and begun looking for him. Do you think they found him? 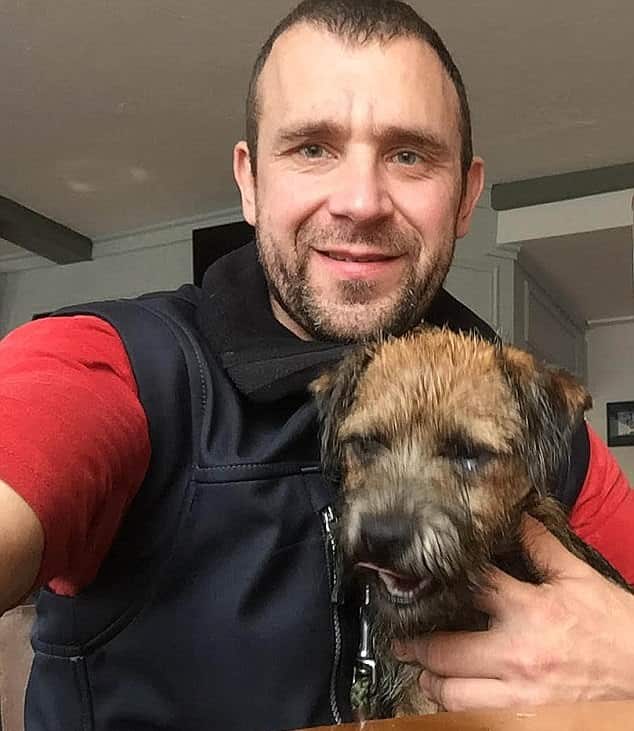 The parents got lucky and found Morse! Isn’t this incredible? The next picture will make your heart melt! 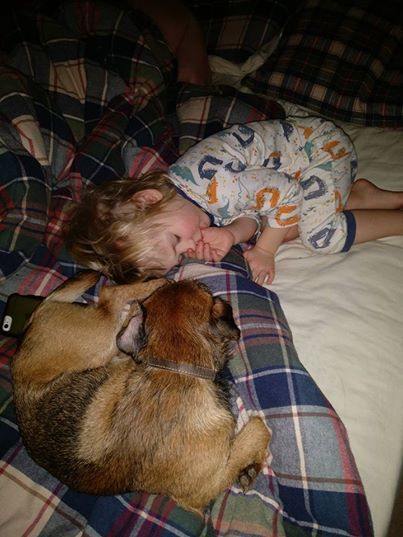 Edward was happy once again now that Morse was back. The little boy started thanking Santa Claus, but the parents knew that Simon Cowell was the one who deserved the thanks. 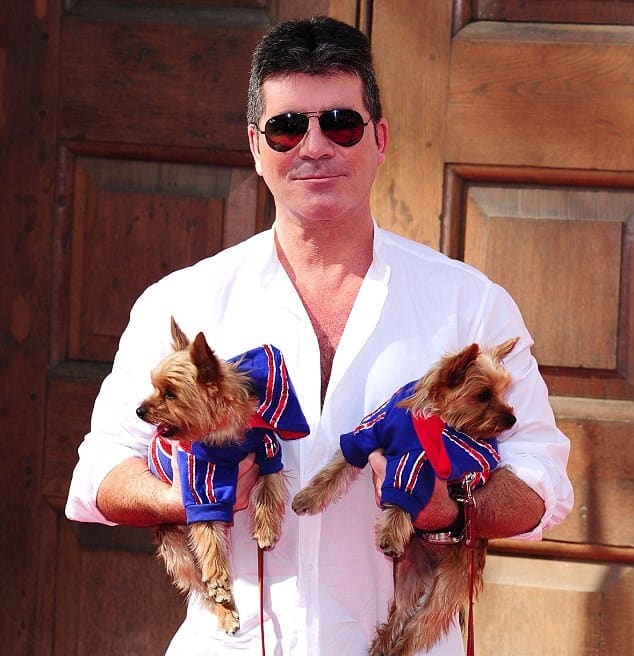 Did you ever think that Simon Cowell would put up $10,000 out of his own money to help a little kid find his dog? I guess the American Idol star is a dog lover and his actions are showing that.