This is a planned conspiracy of the highest proportion! When these two dogs met their new human baby sister, no one knew what kind of rambunctious adventures they’d all get into. It seems that these three have been conspiring together to get tons of treats. You won’t believe how they managed to get this plan to work! 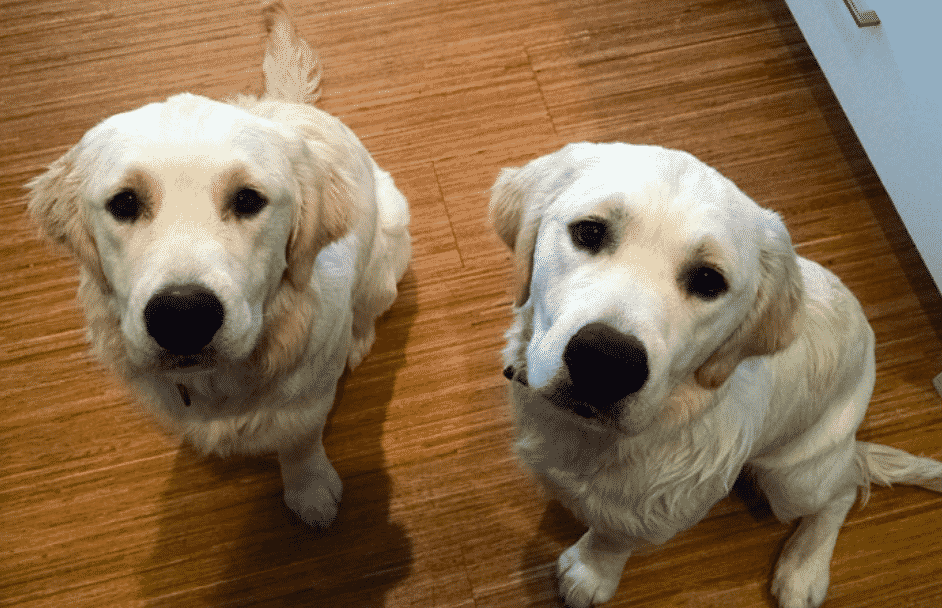 Colby and Bleu are two golden retriever siblings that have been living a great life with their parents. However, just 15 months ago, these two puppers got a new addition to their family. 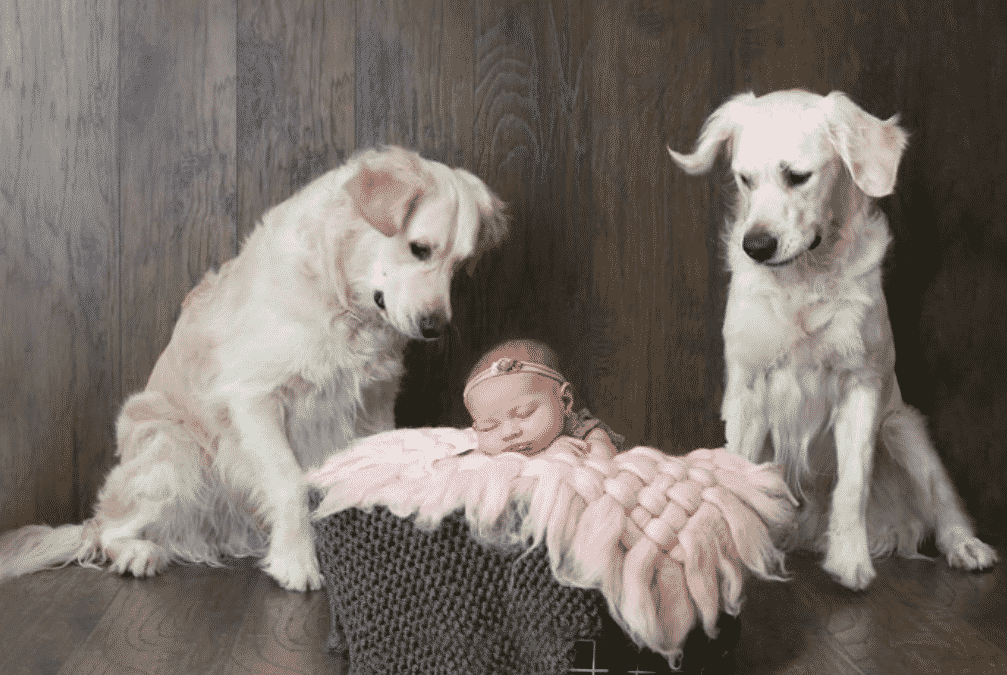 Just 15 months ago, Colby and Bleu got a new human baby sister. Their little sister is named Chloe and she is as sweet as sugar. That is, when she isn’t conspiring with her brothers… 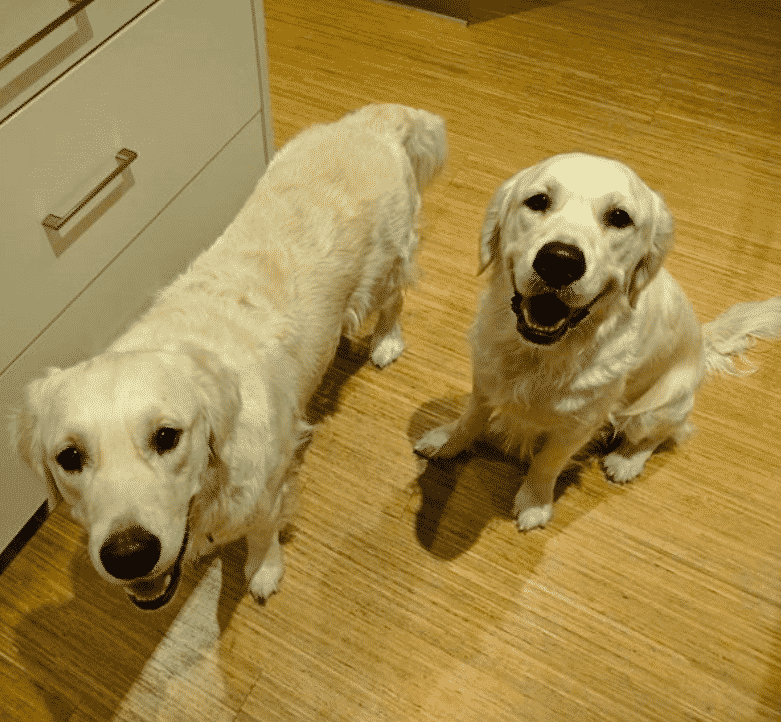 Chris Cardinal and his wife had no idea how quickly their baby would become corrupted into a life of crime by their golden retrievers. It’s incredibly hysterical how these three have managed to work together to get exactly what they want. 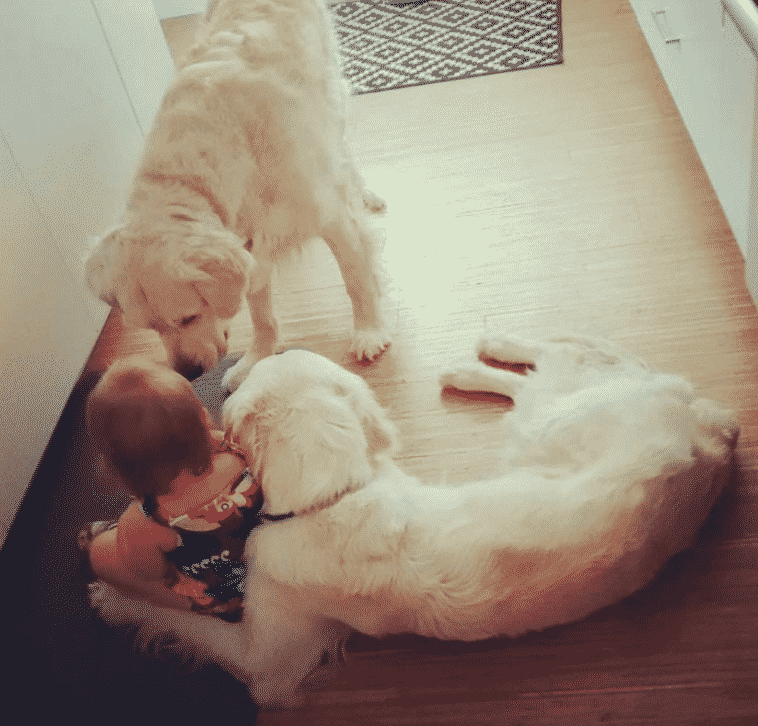 “Colby was immediately, ‘This is my person,'” Cardinal told The Dodo. “Bleu took some warming up. Then he realized she was capable of giving pets.” 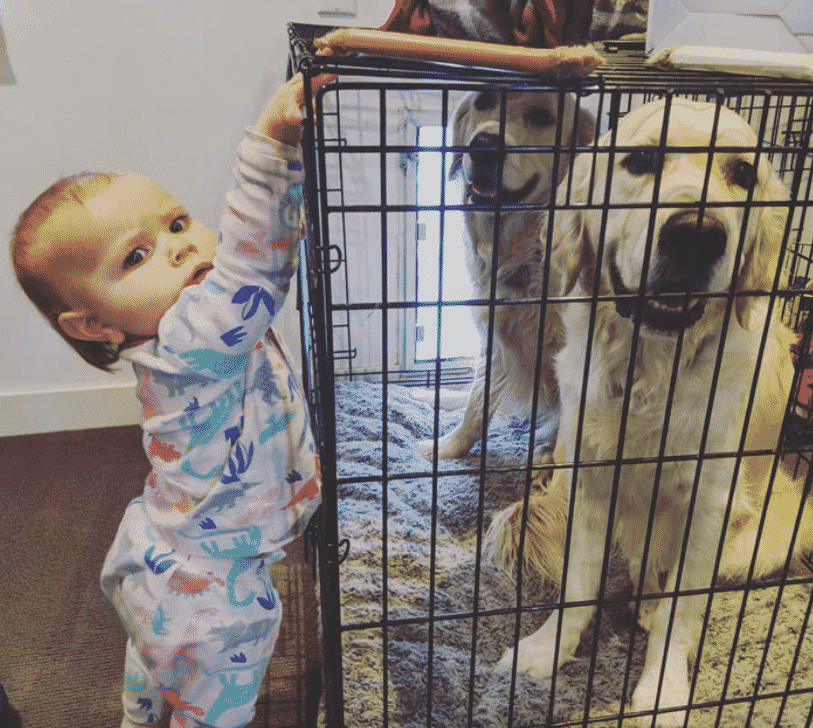 However, as Chloe got older, the dog’s started to warm up to her even more. Not only was Chloe capable of giving them dogs all of the pets they wanted, but she was also very willing to give up some of her treats to them! 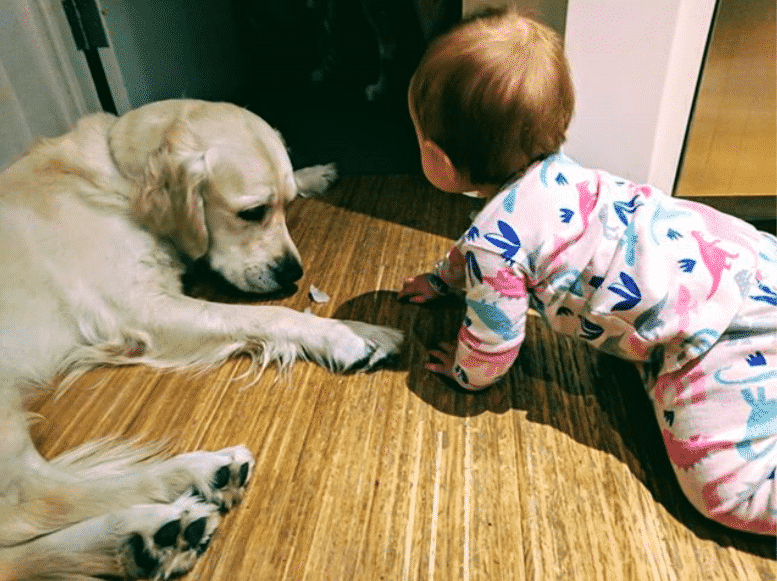 Colby and Bleu were utterly delighted by Chloe’s giving nature. Finally they found a family member that wasn’t so ‘stingy’ with the treats. Soon, the dogs realized that the best place to hang out was underneath Chloe’s highchair. 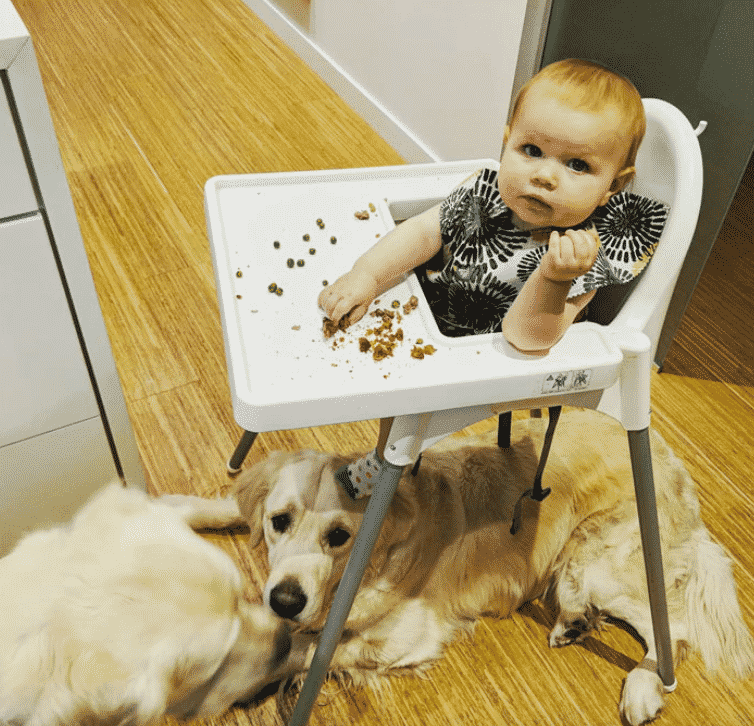 Chloe’s highchair became the ‘go-to’ hangout spot for these two hungry thieves! Chloe would constantly throw all of her food around and Colby and Bleu were more than happy to lap up all of the fallen treats. 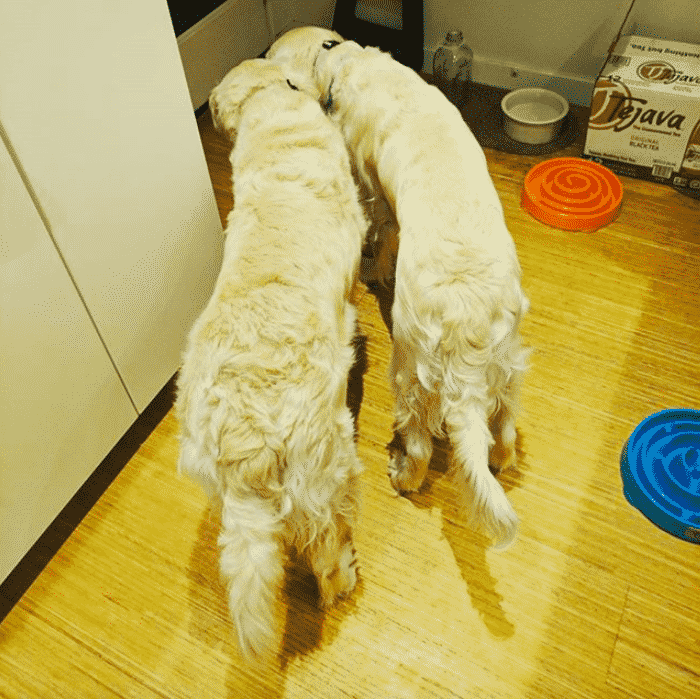 However, soon these fallen treats weren’t enough to satisfy the dog’s ever-growing hunger! The dogs grew tired of waiting around for Chloe to drop her treats. So instead, they figured out a new angle. 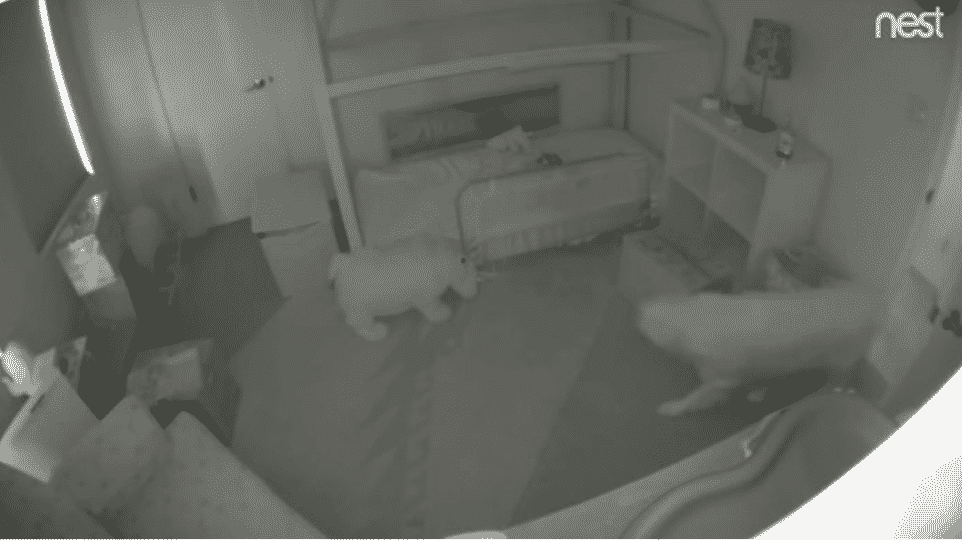 Chloe’s parents had no idea what the three of them were getting into until one day they noticed that Chloe had mysteriously disappeared. They knew they had closed the door after putting Chloe to sleep and they also knew that Chloe wasn’t tall enough to reach the doorknob. 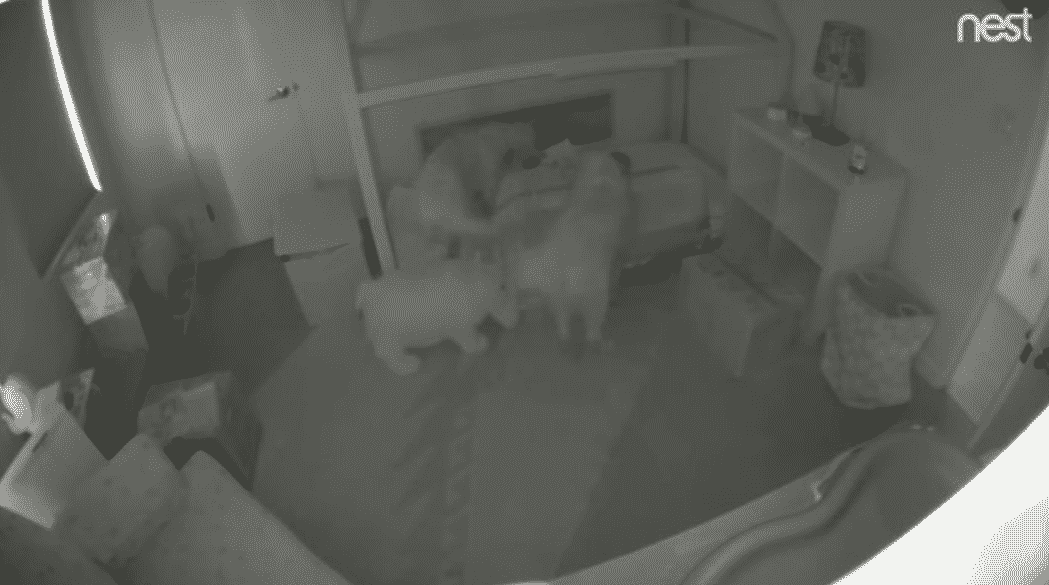 Her parents were incredibly puzzled and couldn’t understand how Chloe had gotten out. That’s when they decided to go over footage from the camera that they keep in Chloe’s room to make sure that she’s safe throughout the night. 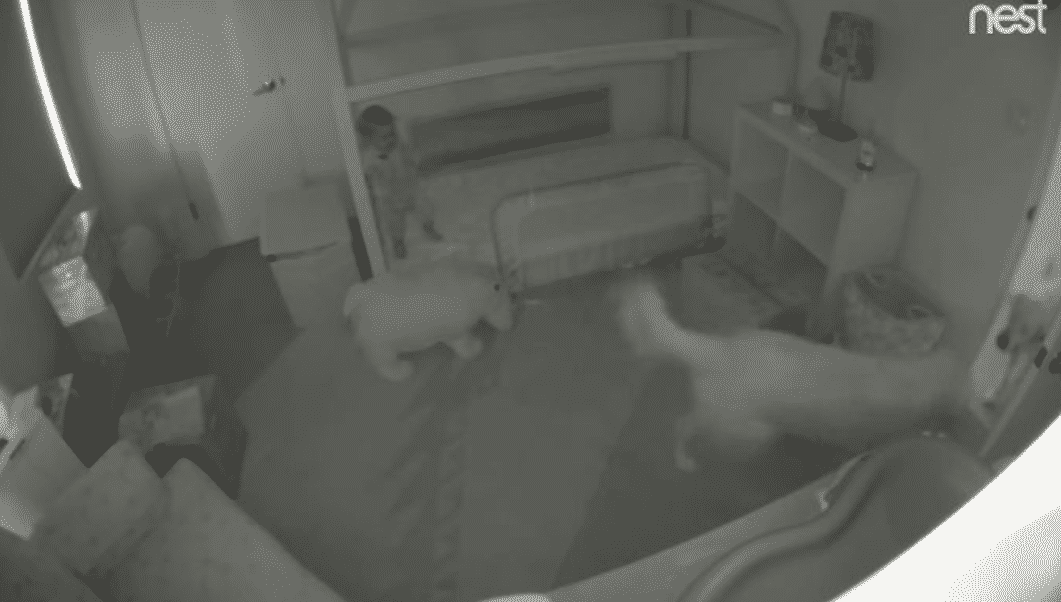 So Chloe’s mom and dad sat down and watched the footage. That’s when the truth was finally revealed to them. It was the dog’s that were helping Chloe to escape during the very early hours of the morning! 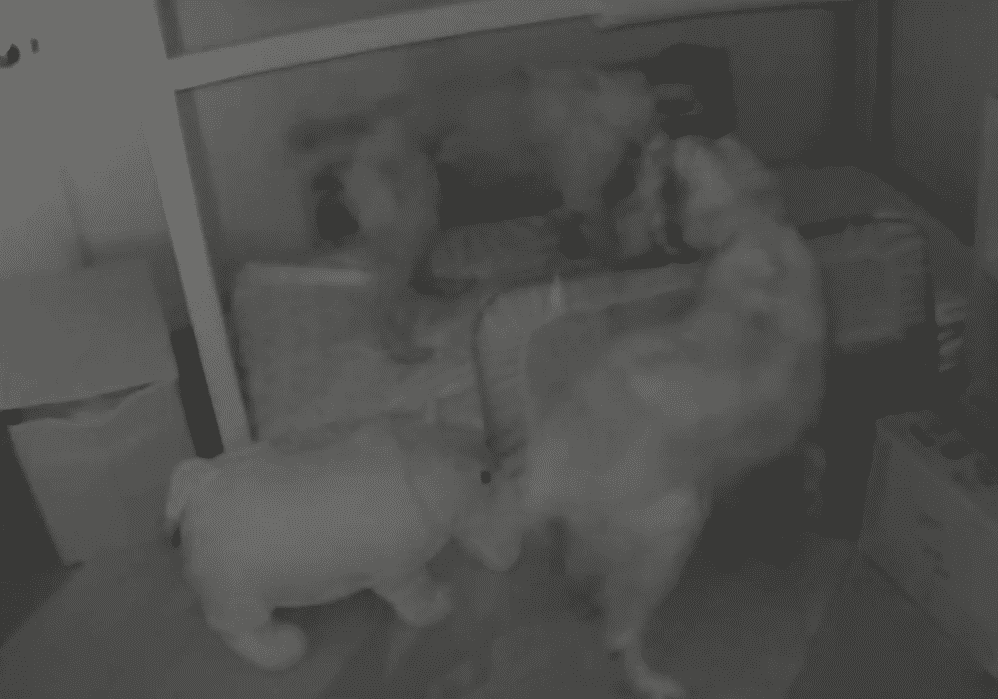 “They definitely knew what they were doing,” Cardinal said. “They start getting real hungry around 6 a.m., and instead of barking outside our room, I think they figured they’d try the baby.”

“They’ve snuck into her room before overnight once, but not for breakfast. (At the time, she wasn’t walking yet.) So this is the first time it effected a prison break.” Chloe was more than happy to get out of the room early! 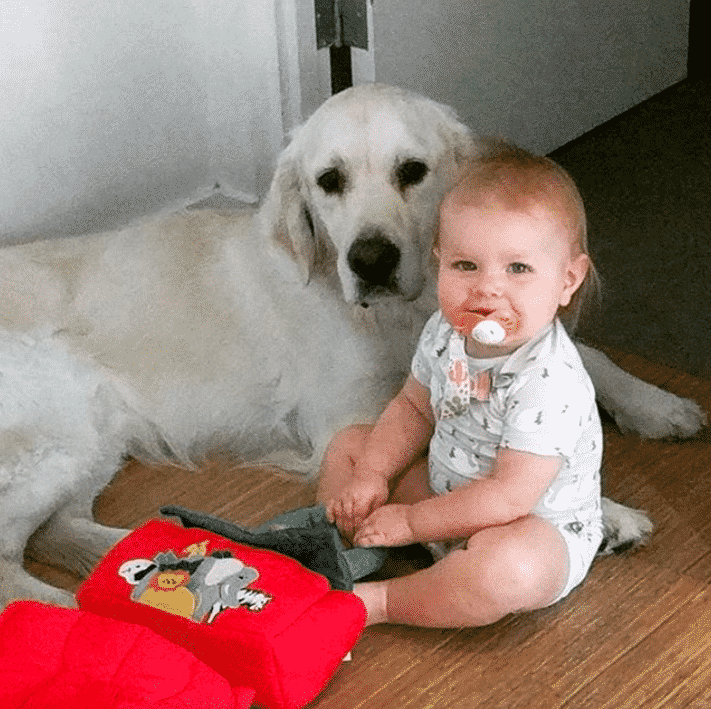 Chloe didn’t see a problem with offering up her snacks to the dogs that got her out of her room early. After all, isn’t sharing caring? However, Chloe’s parents believe that this trio has gotten into some other mischievous acts before. 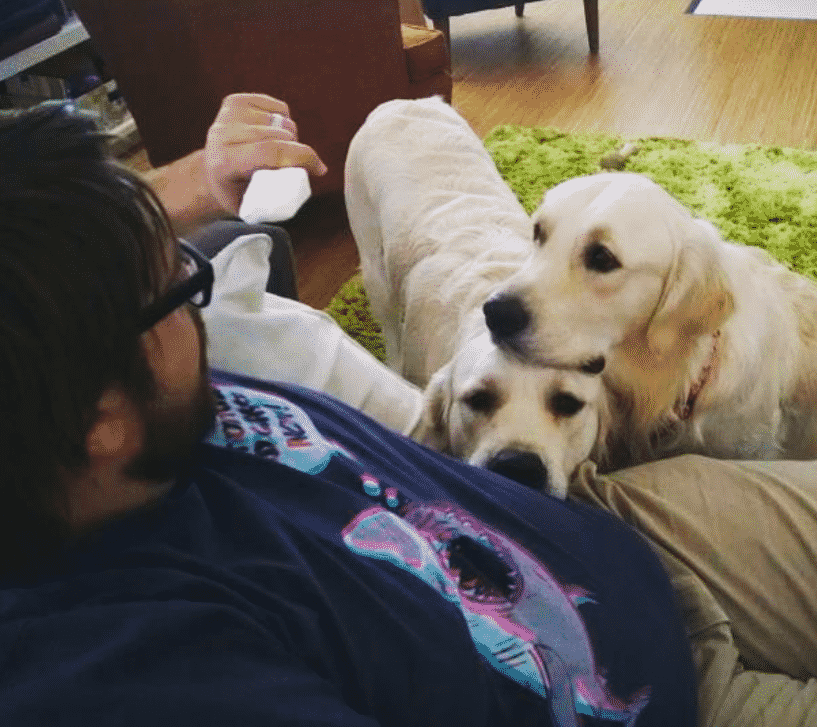 The trio has been known for getting into some trouble before. They love to get themselves into silly situations and Chloe’s parents are often finding it out after the fact. 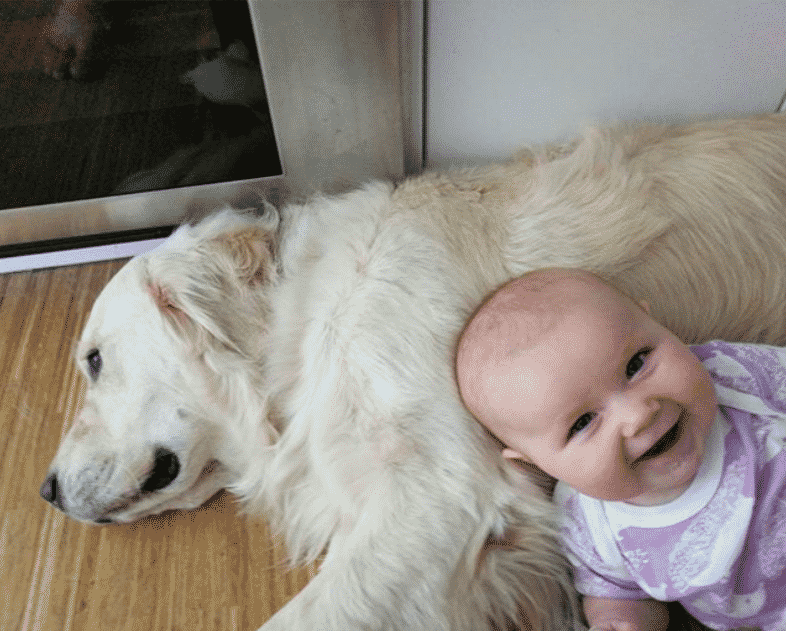 These three are quite the sneaky trio and Chloe’s parents can’t help but laugh at how funny these three are together. Even though they cause quite a bit of trouble they would never trade any of them for the world. 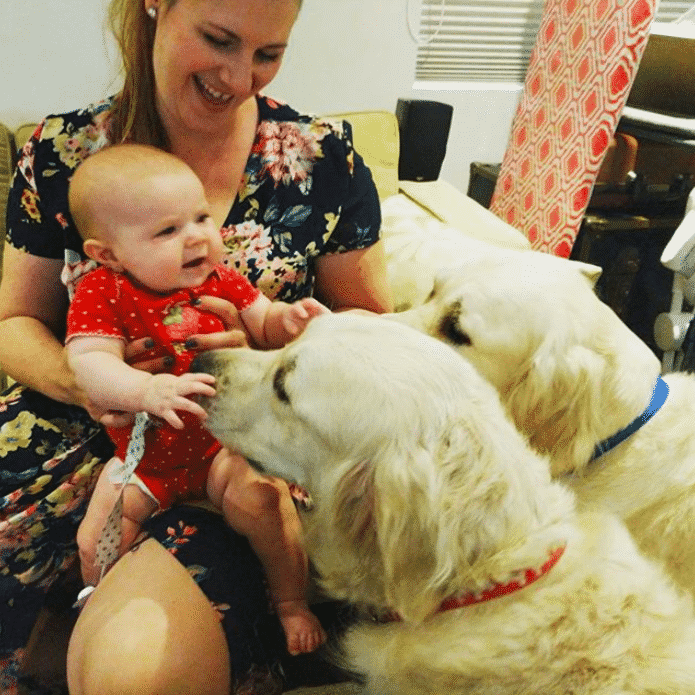 Chloe now also has a daily morning ritual that she absolutely “demands” that her parents abide by. She needs to get in her morning pets with the puppies each morning! 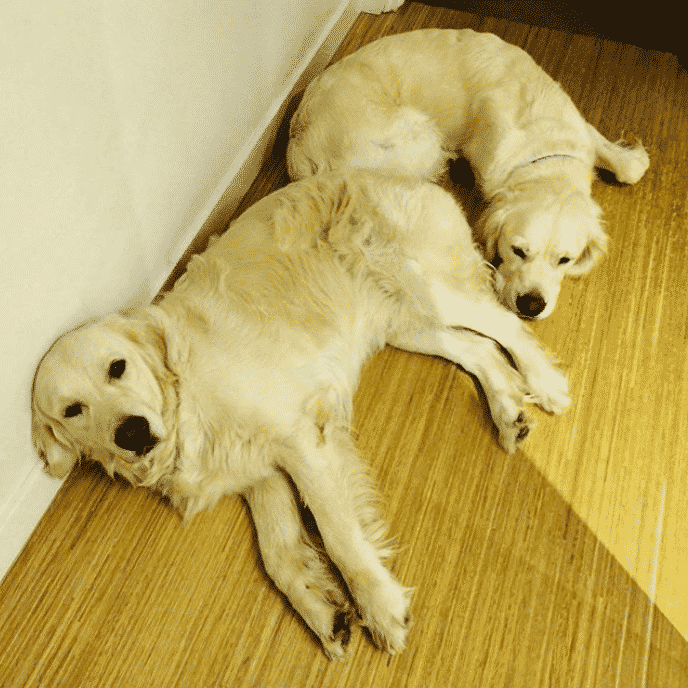 “Chloe wakes up every morning and asks to see ‘puppeh,'” Cardinal said. “She has to go give them their pets each morning.” The “puppehs” also help teach Chloe about socializing and how to deal with animals. 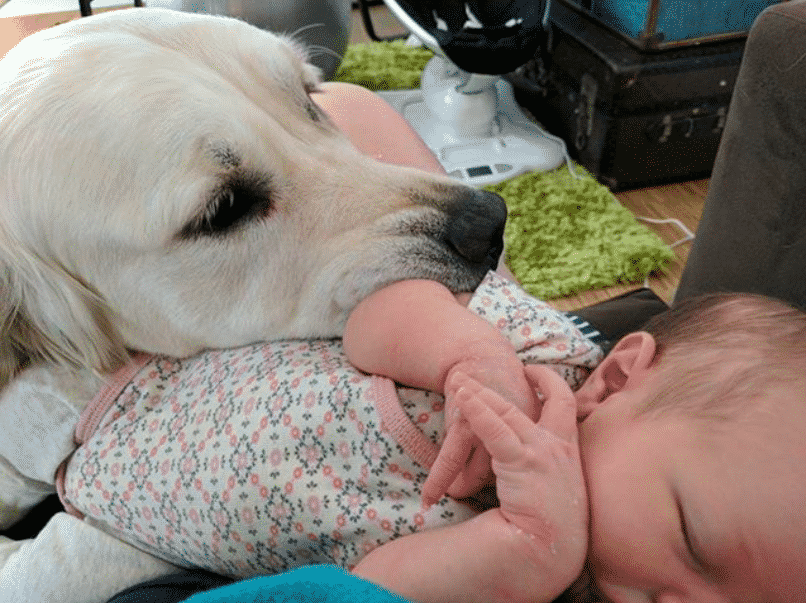 “They teach her how to be gentle with animals, socialization, etc. — and also how to get back up when they knock her over, which happens from time to time.” However, now that her parents are aware that they’re outnumbered, they’ve been second-guessing a few things. 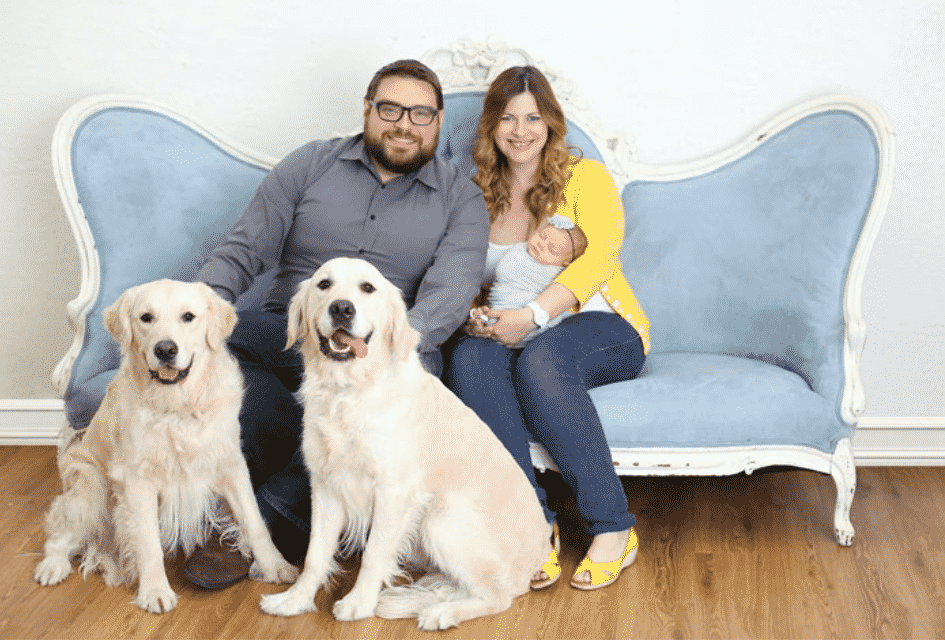 Knowing that they’re outnumbered, Chloe’s parents had one final thought on things. “We’re second-guessing having another baby, for sure,” Cardinal joked.