Walking Bear Stuns City Before They Reveal The Horrifying Truth

Normally when we see a bear, it is something to be dreaded. Being a wild animal, they can maul someone or tear anything to shreds if they want to. However, there’s this one bear who earned a reputation for being not only oddly weird, but also adorable in some sense. 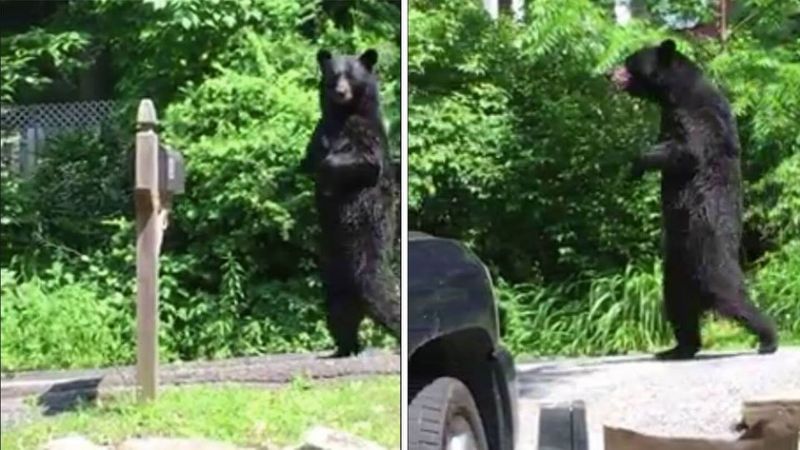 Pedals earned the his name after numerous sightings where people of New Jersey saw the black bear walking on his hind legs. Naturally, when the locals saw Pedals lurking around every other backyard on hind legs, people started filming him and shared the videos with rest of the online world.

19. Something Was Definitely Mysterious About This Bear 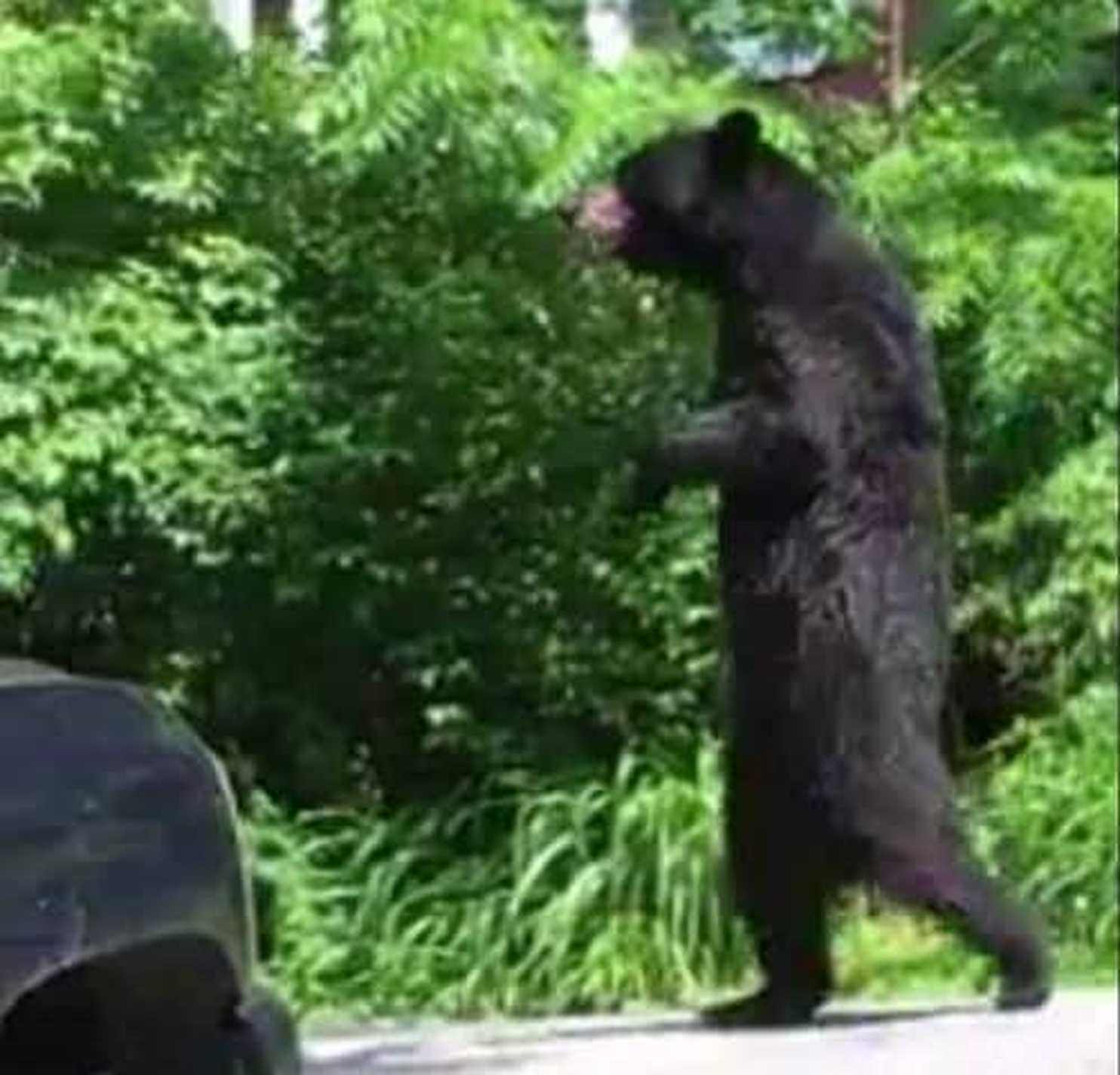 What most of us didn’t know back then was the this poor bear suffered some kind of injury. Experts suggest that Pedals’ front legs, or should I saw, both front paws got injured either in a friendly altercation with another black bear, or through a harrowing car accident.

18. Most Of the Rumors Were Based on Speculations 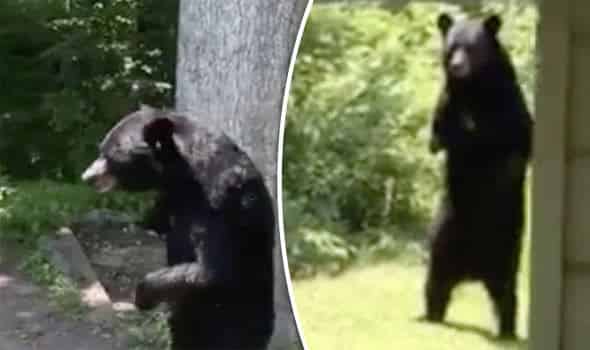 All of this is still a speculation to this date because New Jersey wildlife experts were never able to bring in the bear for a proper medical examination. To be honest, it is too late for that now. The bear that stole the hearts of many, and provoked New Jersey residents to call the authorities in order to render some kind of help for Pedals has gone in vain.

17. Pedals Brought Smiles to Many Bystanders 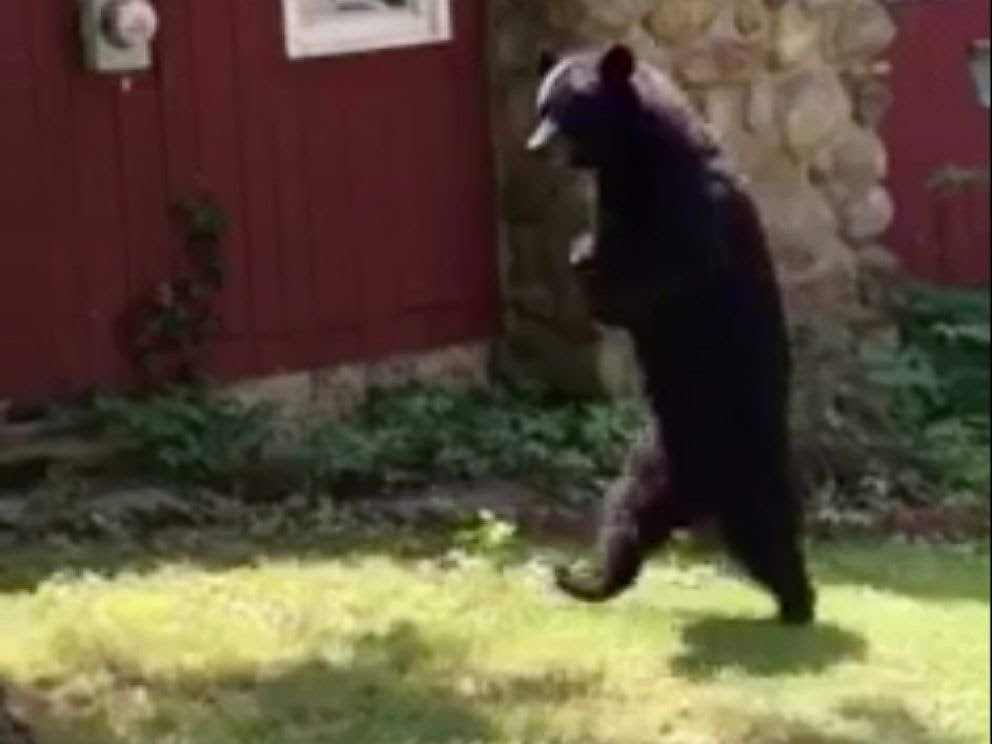 We will talk about Pedals fate later, but some interesting facts swirl around the internet pertaining to the bear’s funny misadventures. For instance, he looked downright funny trotting around across various parks, streets and whatnot. 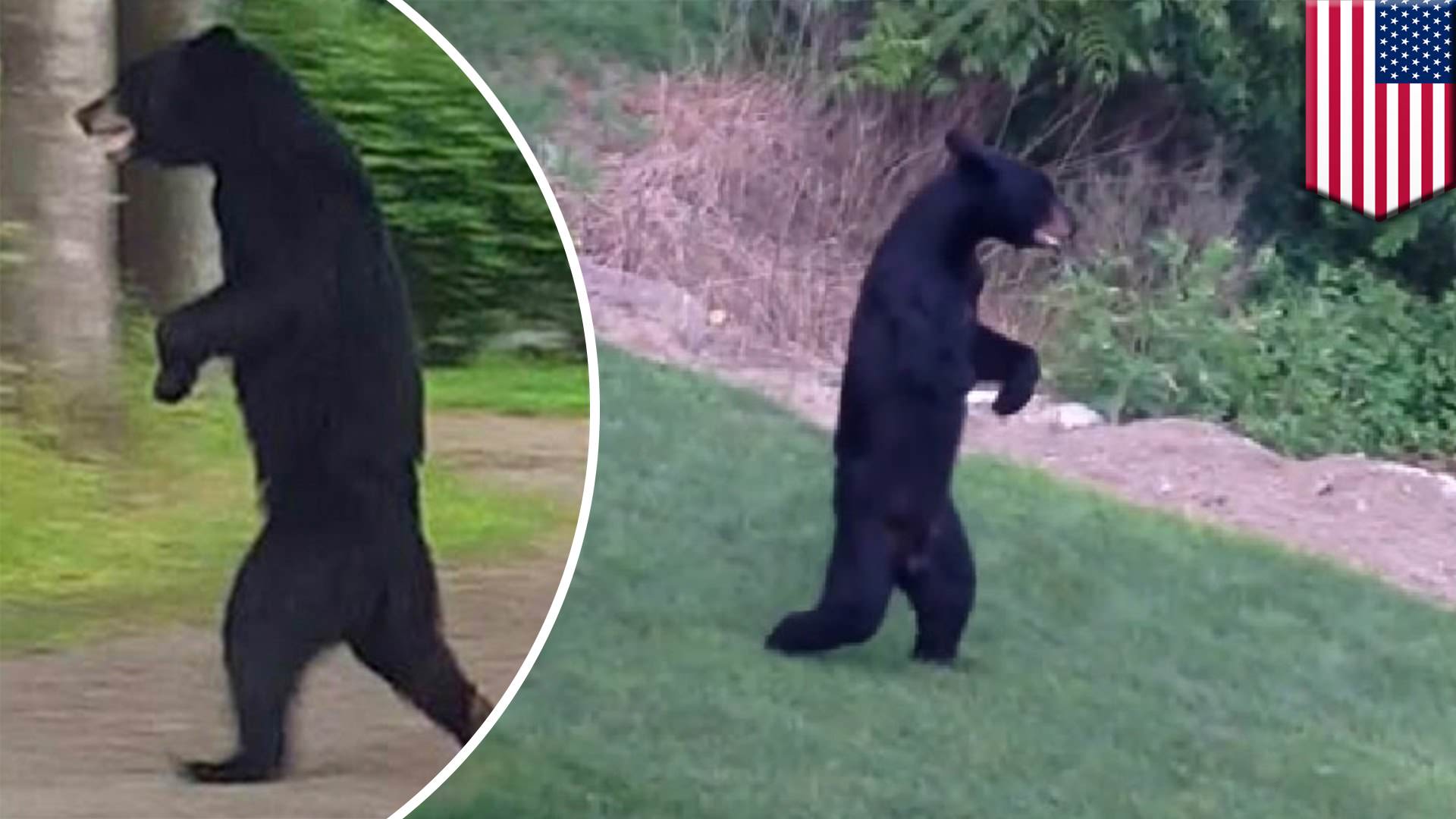 Pedals was mostly harmless for an upright walking bear – and that too, who is malnourished for most part of his life. Some of the biologists who were lucky enough to get an examination of the black bear, said that his front paws injuries were not permanent and that he should be healed in a matter of few months.

15. Pedals Earned a Reputation for Himself In No Time! 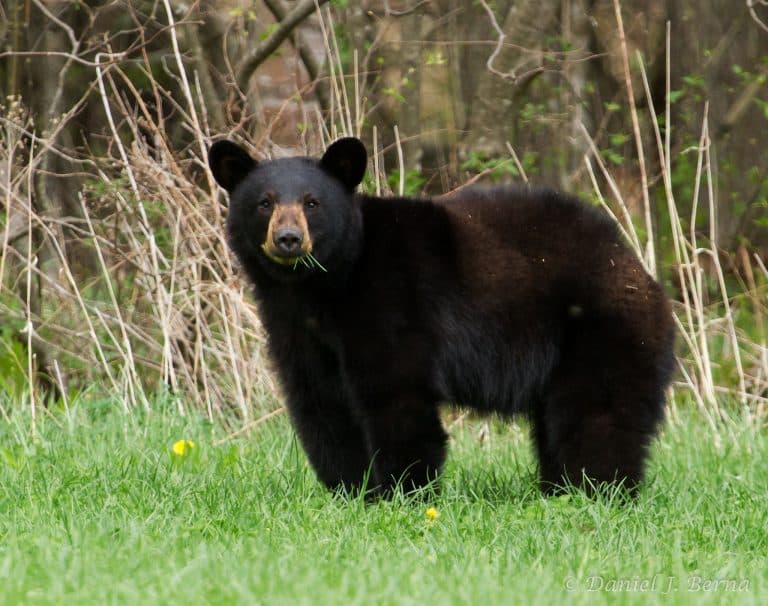 Pedals captured the affection of many onlookers, local neighborhoods and people in general from all over New Jersey. Sometimes, people would feed him things just to see the black bear walk around while minding his own business.

14. The Black Bear Also Had a Dedicated Online Page 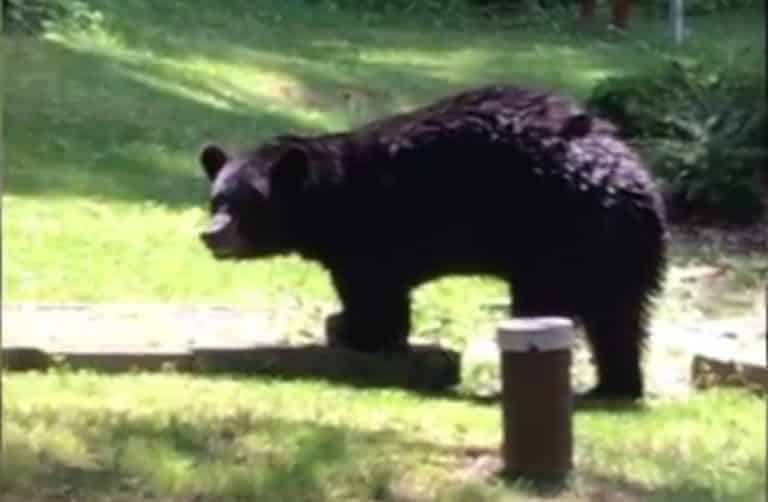 Let’s just say that some animals, particularly bears, have a way of winning us over. Over the course of time, Pedals amassed a massive following on the internet.

13. It Was a Team Effort to Make Pedals Famous

All thanks to the New Jersey folks who took the liberty of filming and sharing the bear’s videos, everyone was curious to see the bear in person.

12. Some People Just Had to See the Black Bear in Person 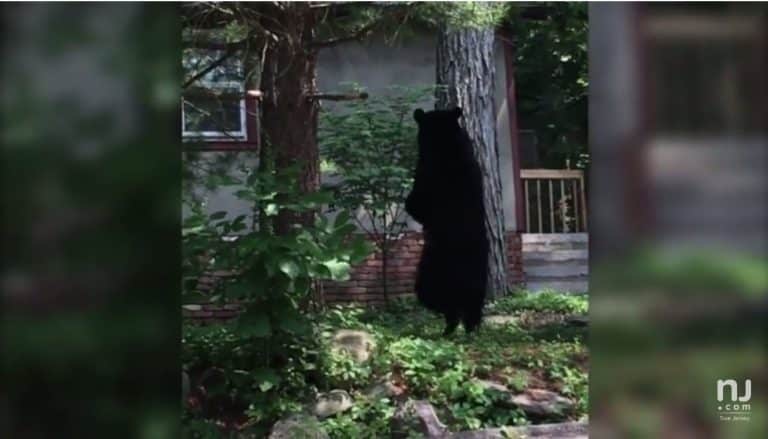 People also have another motive to meet Pedals in person – and that’s the plain old fact that bears can’t walk for long on hind legs. After seeing Pedals walking around permanently on his rear legs, it did help to debunk the age old myth about bears and their short legs.

11. Pedals Helped Debunk a Lot of Myths Associated With Bears 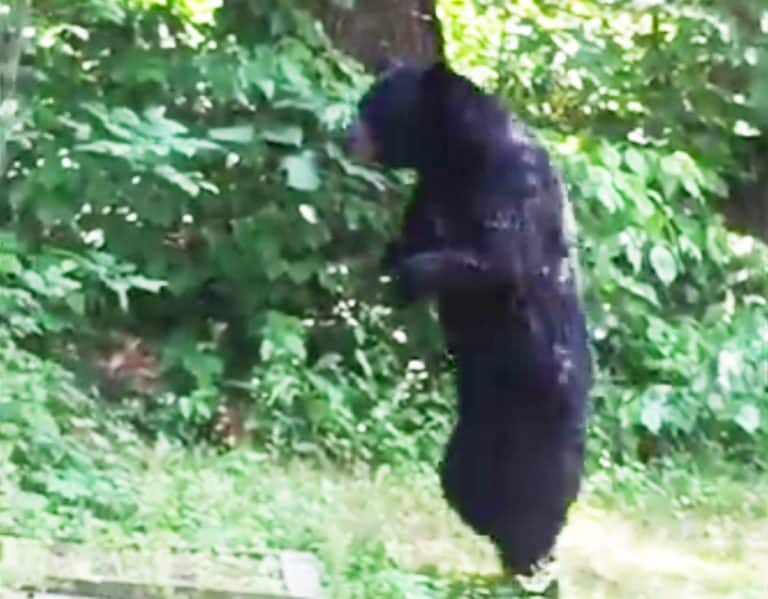 Prior to discovering Pedals, people from all over the world were under the notion that bears only stand upright if they need to reach out to something. You must have seen tons of videos where bears stand on their hind legs just to grab a bee nest or something that’s normally out of their reach.

10. The Story Takes a Darker Turn

Sadly, Pedals’ story does not have a happy ending. A few months ago, according to couple of reliable sources, the adorable black bear was shot dead by a hunter. This hunter was apparently on the lookout for Pedals ever since his videos and pictures got online. 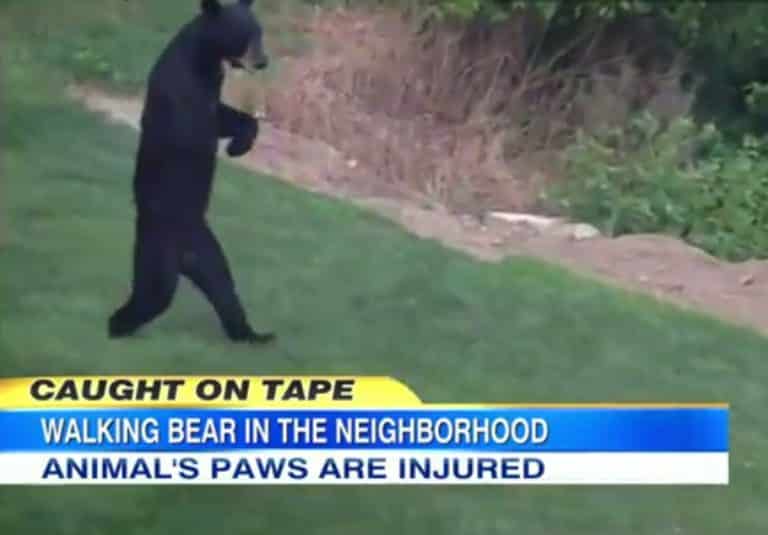 As much as the incident was harrowing in nature, it finally “motivated” New Jersey lawmakers to take a firm stance against bear hunting and disabled animals in the local vicinity.

9. Pedals Could Have Been Rescued… 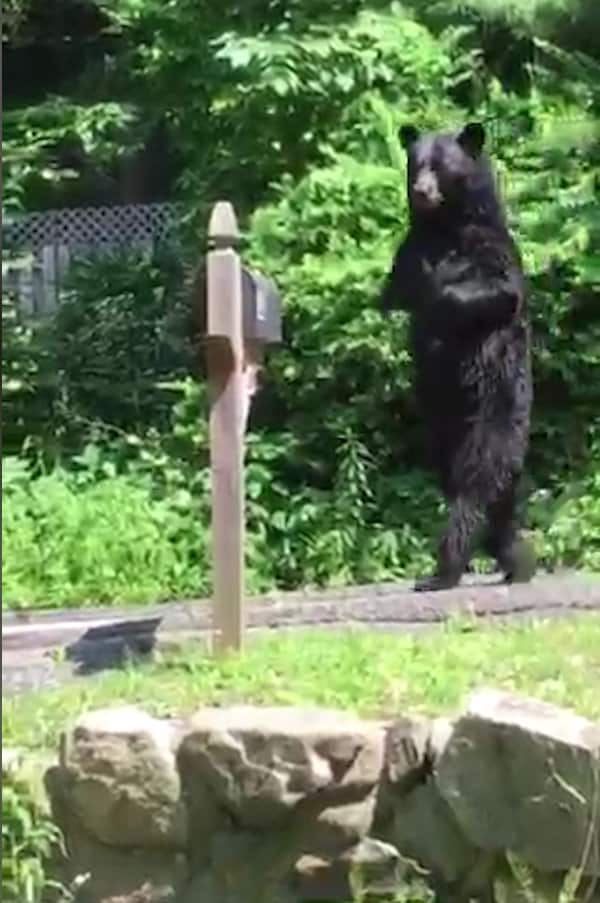 While Pedals was alive, the locals sent numerous emails, letters and even made phone calls to New Jersey wildlife “experts”, but none of them bothered to take action. At most, someone from the concerned department would call back after many days of follow up – only to inquire about the black bear’s last known whereabouts.

The guy who hunted down pedals confirmed that this was actually the bipedal bear that went viral on the internet. He seemed “happy” over his achievement, but the public’s reaction made him realize of the grave mistake. 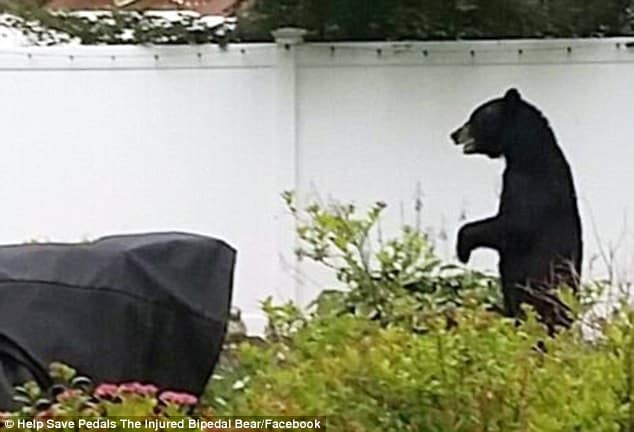 As it turned out later, New Jersey wildlife officials were indeed going to bring in Pedal to an animal sanctuary a few days before his death. The bipedal black bear was severely malnourished for his age and upright stance. He was first reported by the suburb citizens, but officials had a hard time believing those reports.

6. The Bear was Indeed Extraordinary

Everyone thought that Pedals was just an ordinary bear, who coincidentally happened to walk upright just when someone was about to film him. However, numerous sightings confirmed that the bear was in fact only using his hind legs and seemed to be mimicking humans as he walked around. 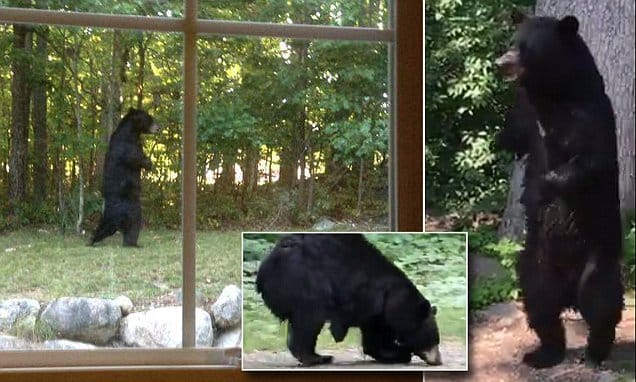 The first few locals who saw Pedals walking around thought that some naughty miscreant was wearing a bear costume. However, closer inspection, and some well zoomed in shots revealed that this bear was all up for walking like a man!

5. Pedals Inspires Many With a Wakeup Call 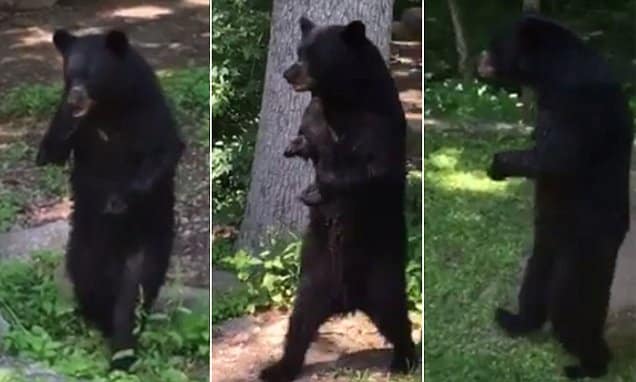 Sadly, Pedals did not have a long life. Someone posted an article about Pedals after he was hunted and killed. The sad story has left the locals in awe, and the wildlife experts in a wishful state where they were hoping to bring in the bear one day.

One of the online posters recently accused New Jersey officials of negligence. He also said that the hunter who has wanted him dead for nearly 3 years had the satisfaction of putting an arrow through him, bragging at the station. 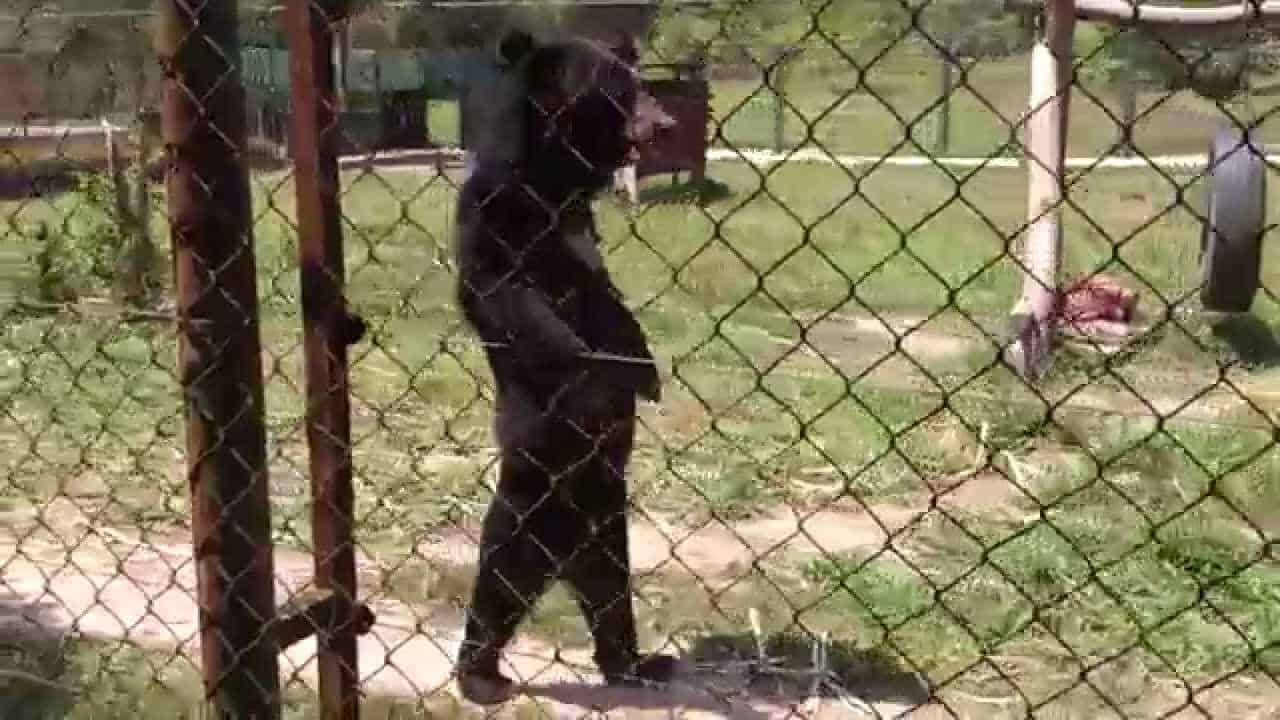 The very place where they weighed him, examined his legs, confirmed it was “the bi-pedal”. Where there were two biologists on hand taking many many pictures. PEDALS IS DEAD. 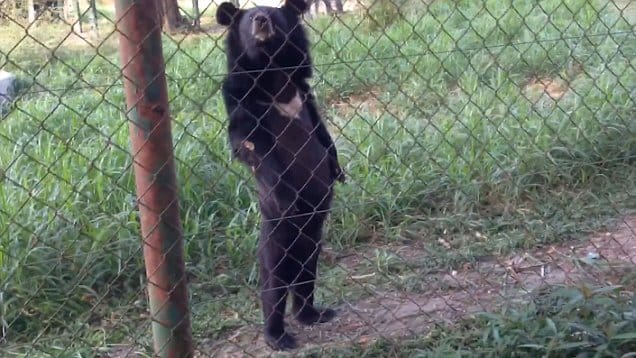 The story further continues and goes on to reveal the author’s feelings for the black bear. He said, “For the hundreds and thousands of animals lovers who were following his story, I am sorry that we have this sad news to bring to you. PEDALS is at peace now because his beautiful soul left his body when he was killed.” 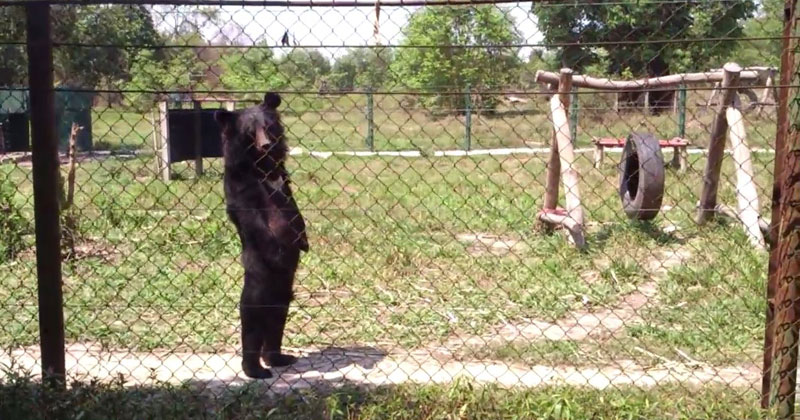 Pedals’ untimely demise has inspired officials to admit that the loss of the bear was completely uncalled for. People at the higher-ups were in a position to take an action, and should this thing were to happen again with any other endangered animal in New Jersey, there will be an accountability factor this time.

1. Pedals Inspired Many to Raise a Massive Funding Campaign

We all miss Pedals and wish that those calls were not ignored after numerous real time sightings of the black bear were reported. A Go Fund Me campaign was setup after the bear’s incident. 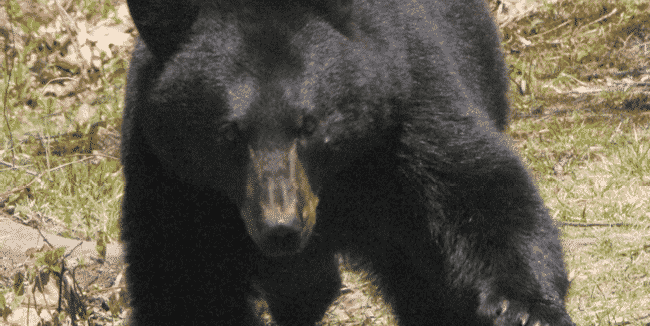 Fortunately, ther community was able to raise more than enough money to prevent any such incident from happening in future. There’s a memorial and a proper enclosure set up in Pedals’ name.