This Circus Baboon Was Finally Rescued. But Then They Saw Tears Pouring Down His Face

Today we have a heartbreaking story about a baboon named Tilin. Tilin was being kept captive in a small cage in Bolivia and he was forced to perform every single day. Luckily, things took a turn for the better when he was rescued from the circus, but something was still missing from his life and this made him sad. 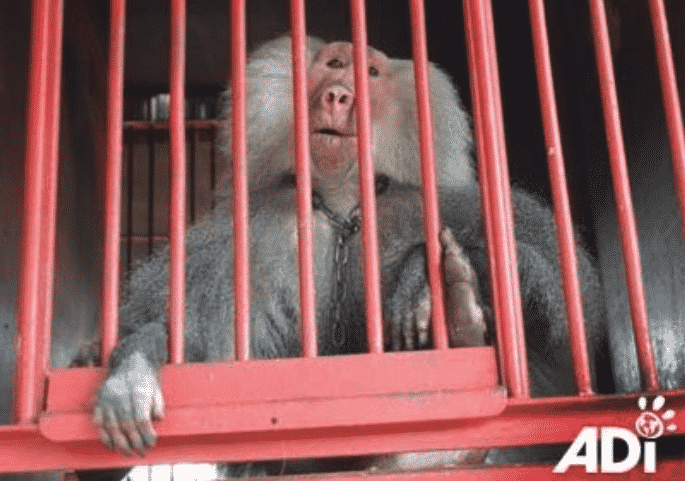 This little guy is Tilin and he has been living a stressful life in the circus. While most people might think that the circus is awesome, things aren’t always what they seem to be. Just look at the chain around Tilin’s neck. 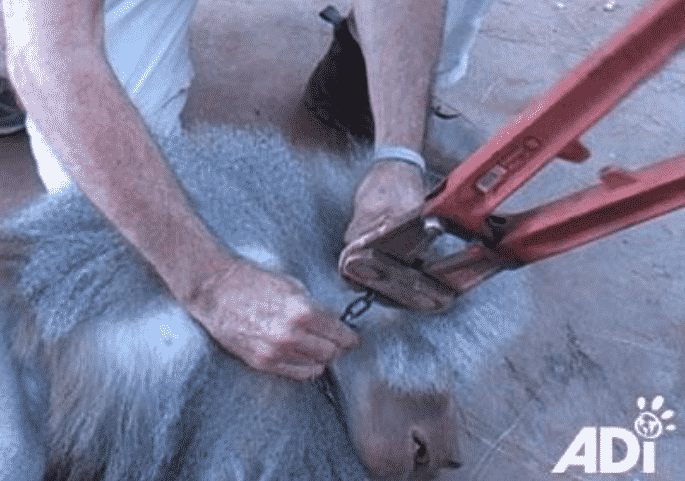 After spending 17 years locked up inside a tiny cage, the baboon was finally rescued. The group who rescued Tilin is called ADI (Animal Defenders International) and they were the ones who cut the chain from his neck. You won’t believe what the rescuers had to say about Tilin. 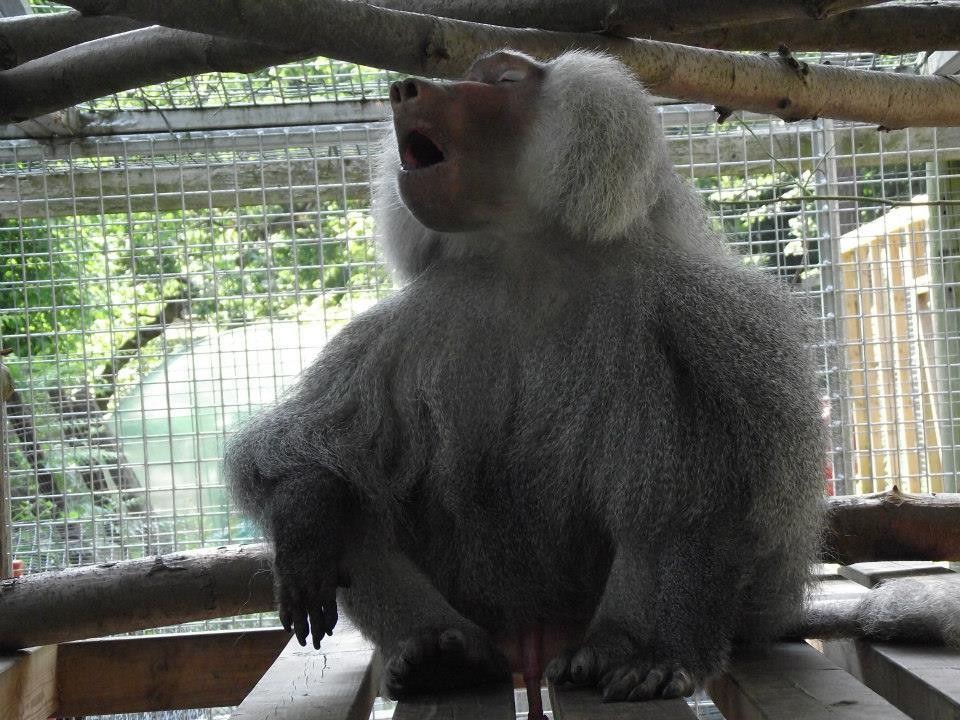 The rescuers said that Tilin was depressed. The poor baboon lived his entire life in captivity and didn’t even know what freedom was. The worst thing about it is that Tilin didn’t get to do much exercise and he couldn’t move that well… 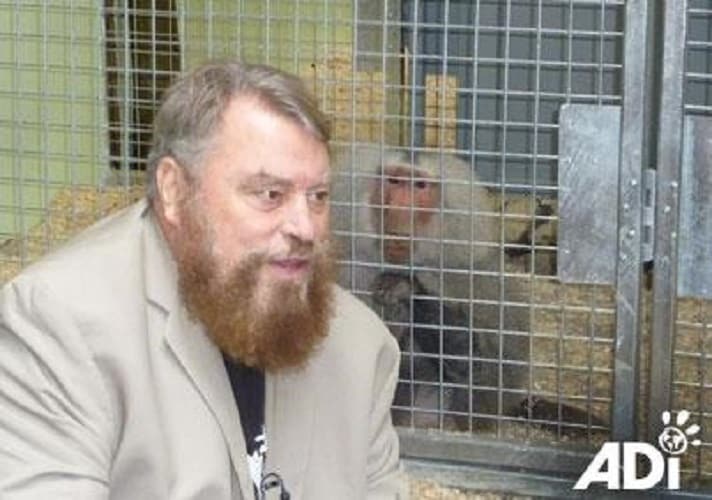 Seeing how Tilin is not able to move and he just sits in the corner of his cage, the rescuers called a doctor to check him out. You are going to be shocked when you find out what the doctor had to say about Tilin! 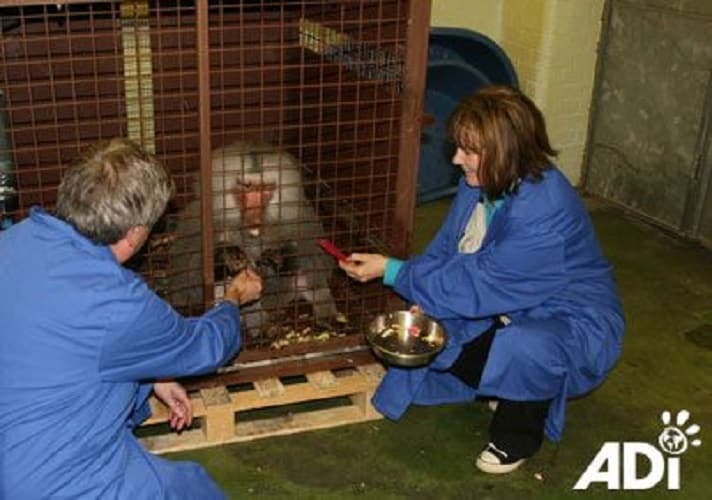 The doctor said that Tilin’s health will recover in due time, but he is emotionally stressed and doesn’t know what to do now that he is out of the circus. Although, who could blame the little baboon for being sad when considering that he lived 17 years in the circus. 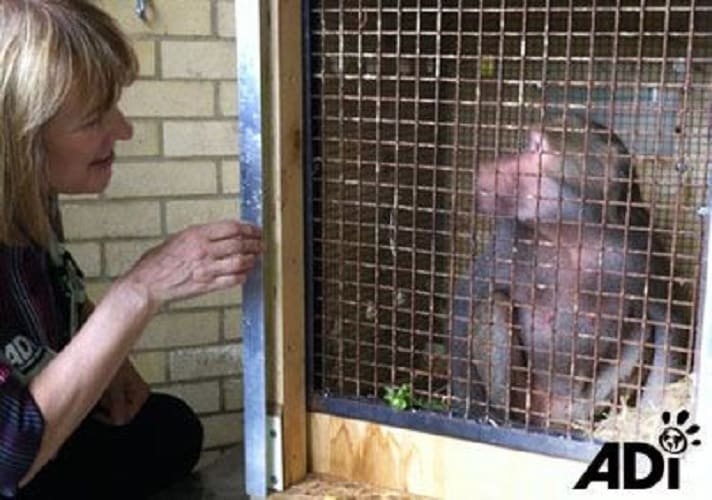 The rescuers started feeding Tilin healthy food and they read to him every day in hopes that he will become comfortable around humans. Do you think this worked? 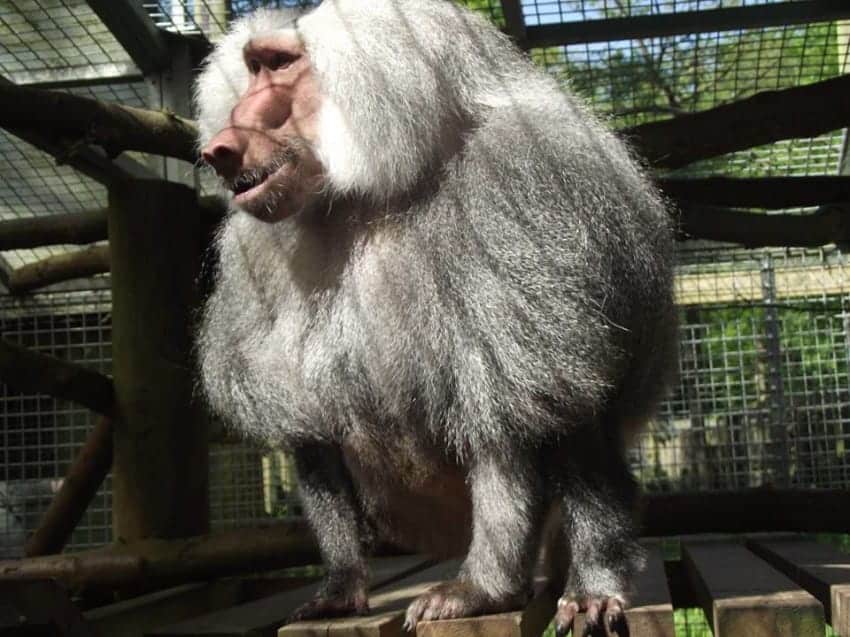 It didn’t take long for Tilin to get used to his new home. He was healthier than ever, but something was still missing from his life and the rescuers couldn’t tell what it was… 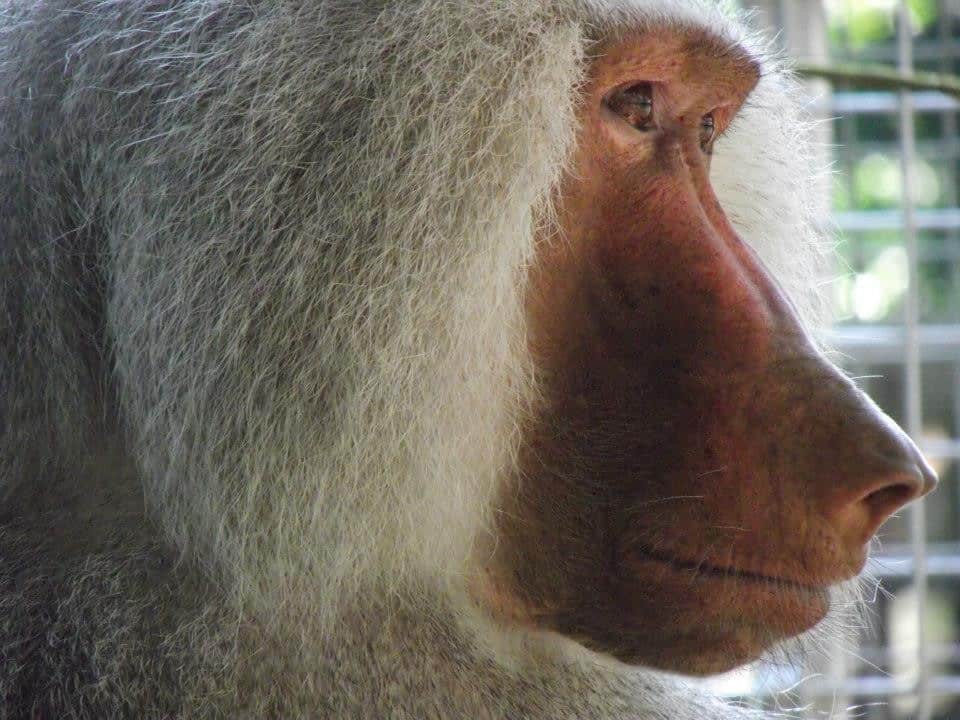 Even though Tilin was feeling better and he was being fed healthy food, the baboon was still sad. It didn’t take long for the rescuers to figure out what Tilin needs to make him happy. Keep reading to find out what that is! 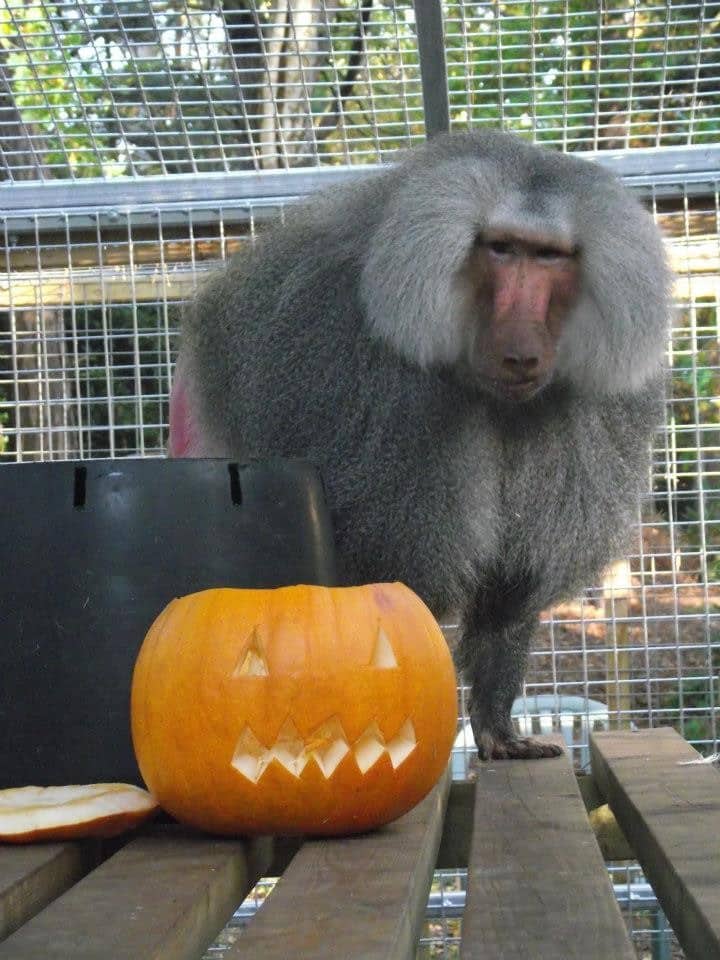 Tilin lived his entire life alone in a small cage. The poor baboon didn’t have a companion and this is why he was so sad all the time. Now, this is truly heartbreaking. 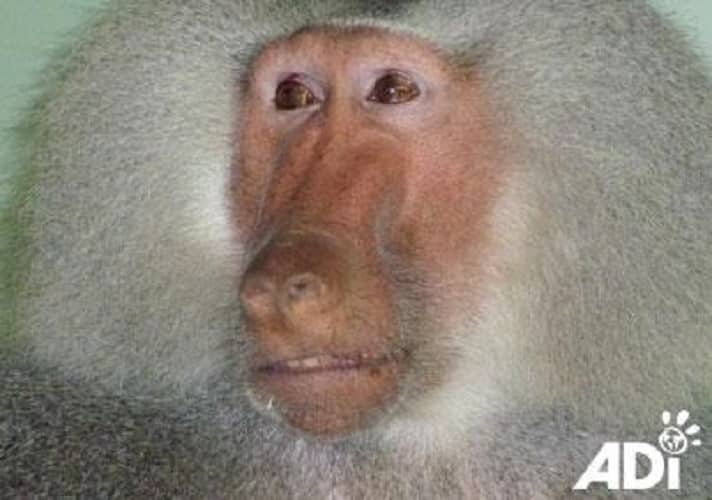 Can you imagine how difficult life must’ve been for Tilin? The poor baboon was locked up for 17 years without seeing another baboon. No wonder he is so sad all the time. But once he was free, everything changed. Check him out in the following photos! 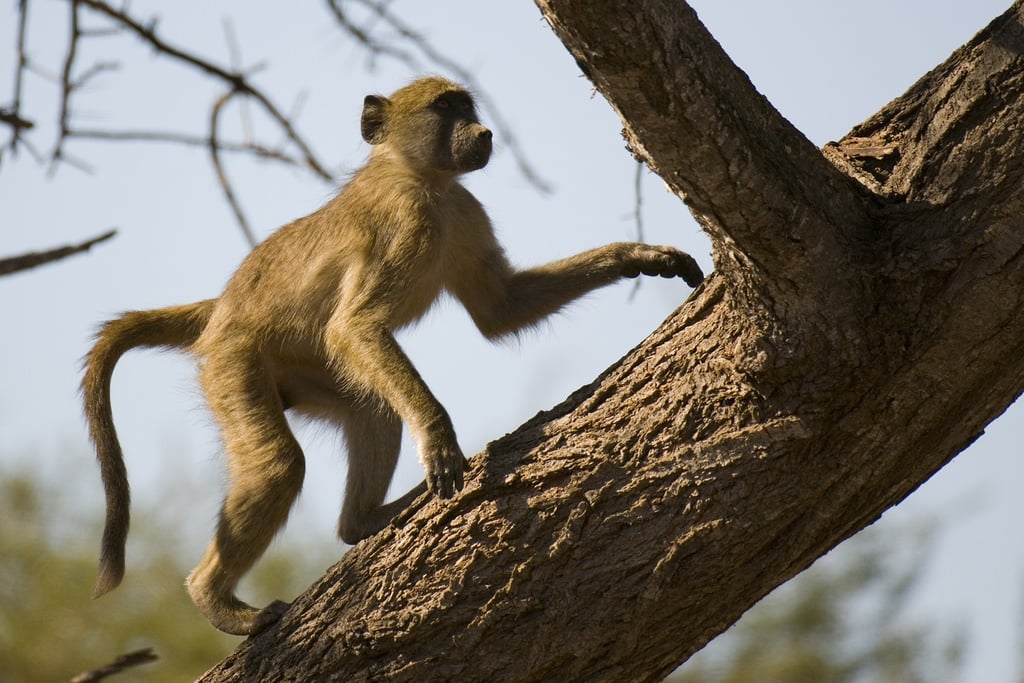 Scientists say that baboons need to have freedom in order to be happy. These animals love to climb on trees and to run around the jungle all day long. With this in mind, the rescuers who saved Tilin knew they needed to find him a companion. 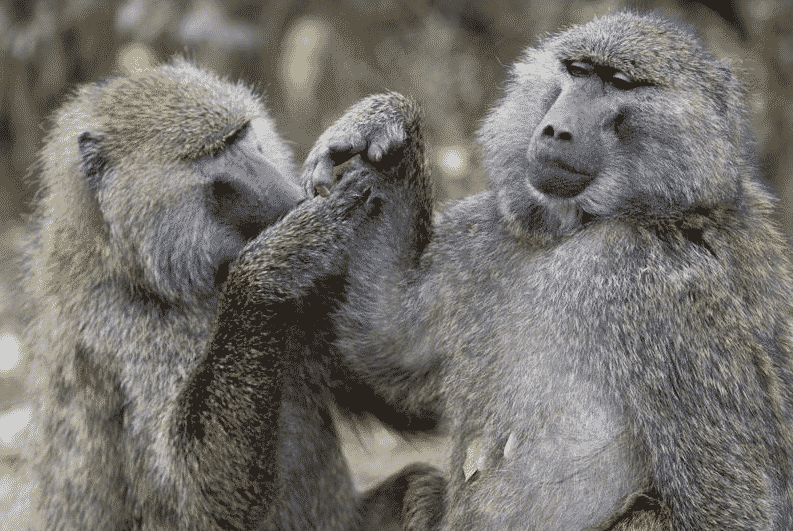 It was clear that Tilin needs a companion, but finding one is not that easy. Fortunately, another team of animal rescuers saved a female baboon from exotic animal trade named Tina. Keep reading to see who Tina is. 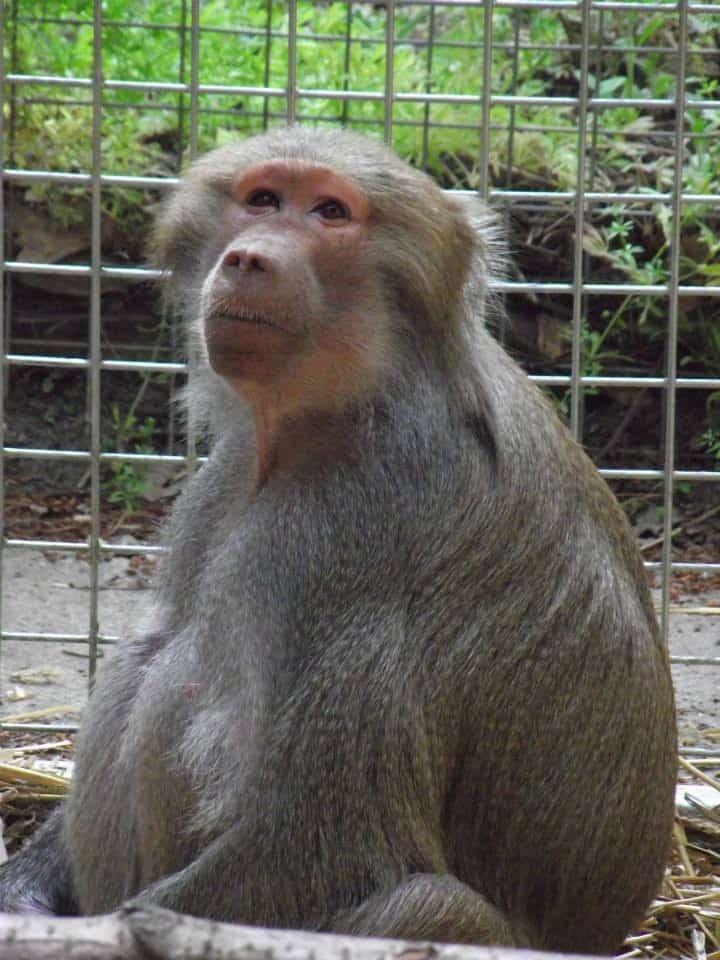 This is Tina and she was saved from exotic animal trade. Just like Tilin, Tina also lived most of her life in captivity and the rescuers knew she and Tilin are perfect for each other. You won’t believe what they did on their first date! 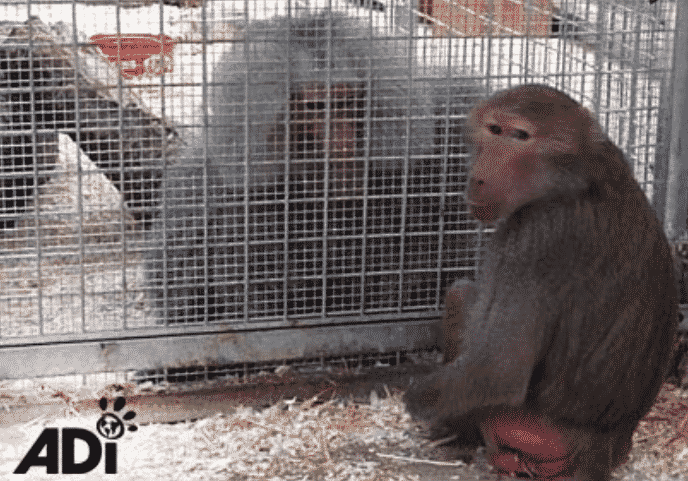 The rescuers put Tina in the cage next to Tilin to examine how they would react. To everyone’s surprise, the two baboons got along right from the start. After setting them up on a couple of play dates, the rescuers decided that it was time to let them be together. 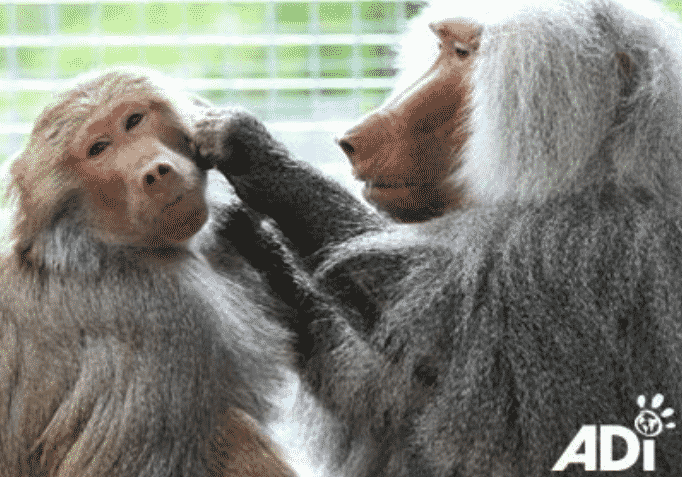 Tilin fell in love with Tina right from the first day he saw her. Poor Tilin never saw a female baboon in his life and he was happy to have someone to “talk” to. 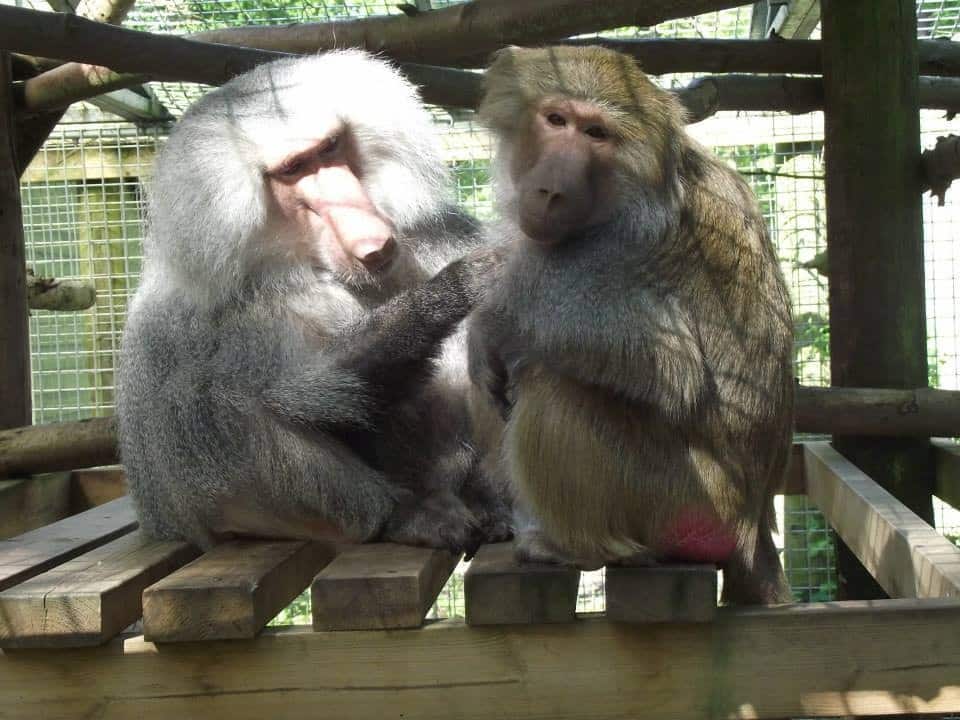 Even though Tilin and Tina were getting along just fine, the rescuers still stayed and supervised their play dates. The funny thing about this is that Tilin would yell at the rescuers until they hid behind a tree so that he couldn’t see them anymore. The baboon cares about his privacy. 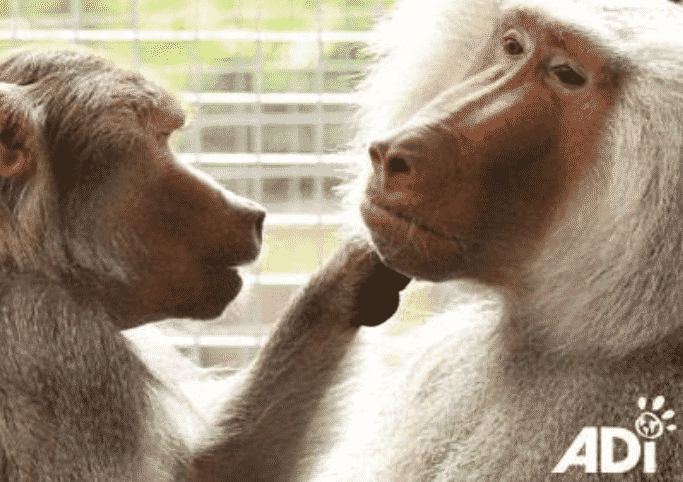 After 17 long years of living in a small cage and performing at the circus, Tilin was finally living a good life. Not just that, but he had Tina to keep him company and he was happier than ever. 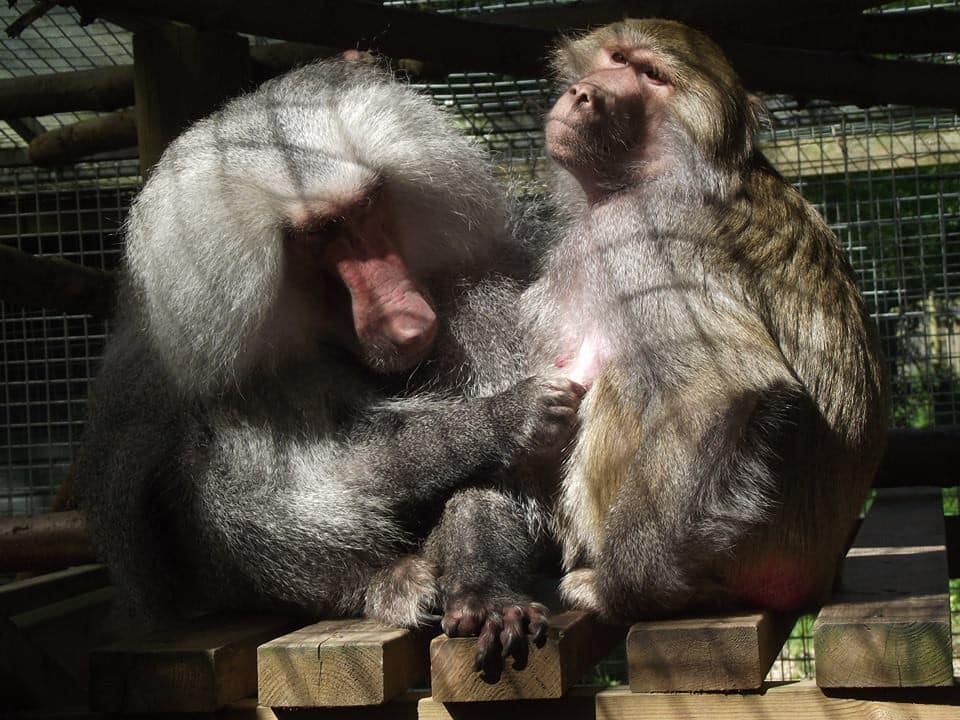 We think it’s safe to say that Tilin and Tina deserve to live a good life, especially when considering what both of them have been through. However, this wouldn’t be possible without Animal Defenders Internation (ADI) who rescued the two baboons. 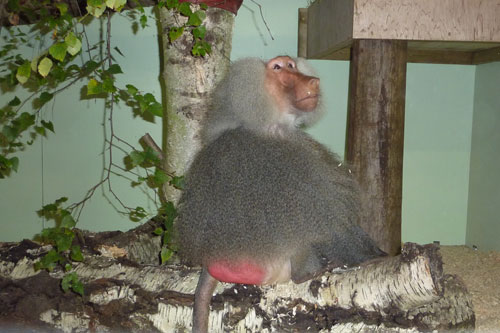 The rescuers say that Tilin is so in love with Tina that he never likes it when she leaves. In fact, the only thing that Tilin does every time Tina is taken away for a medical exam or something like that is to wait for her to come back.

What did you think of Tilin’s story? The poor baboon lived a tough life, but luckily he was saved by ADI and everything changed for the better, especially since he met Tina.