She Rescued A Dog In Africa, Now They’re Traveling The World Together

Ginger was a very scared and lonely security dog that was living her life in Zambia. Her life wasn’t great, until one day, a woman saw Ginger and knew she had to save her. Now this dog has gone from security guard to world traveller and the duo’s adventures are absolutely wild! 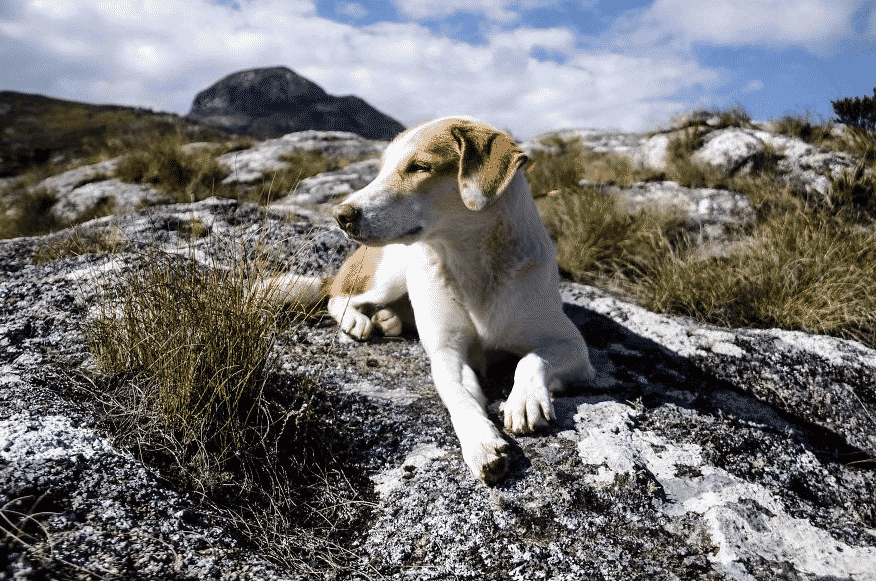 Ginger was born in Zambia and her life there involved being used as a security dog. Her life was very hard and scary. She was so scared that most of the time she would hide under cars on the property. 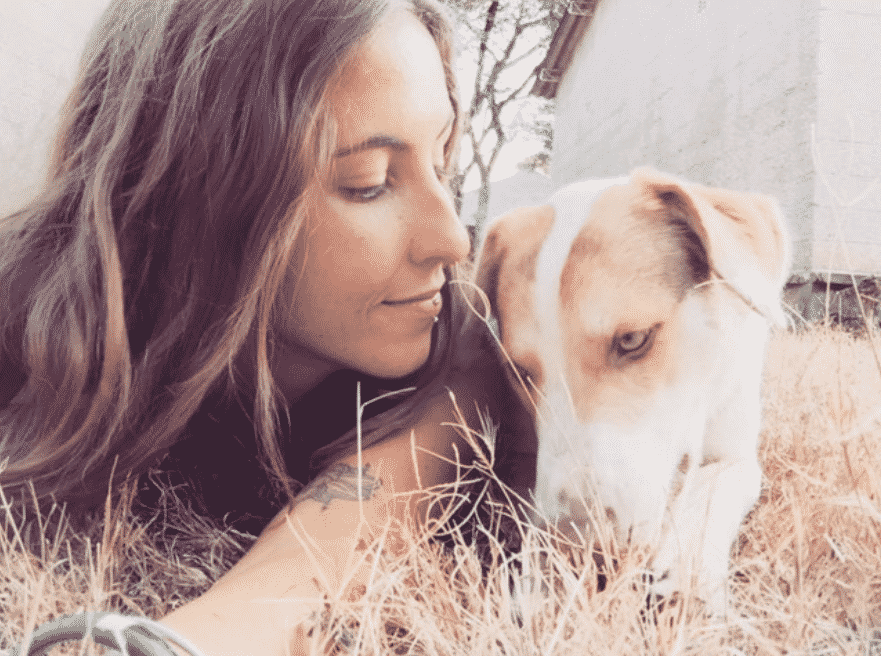 Sara Ortín León was traveling from her home in Barcelona, Spain, to Zambia in Africa. While in Zambia, Sara spent a year in a sanctuary taking care of and rescuing monkeys. While she was there she came across Ginger. 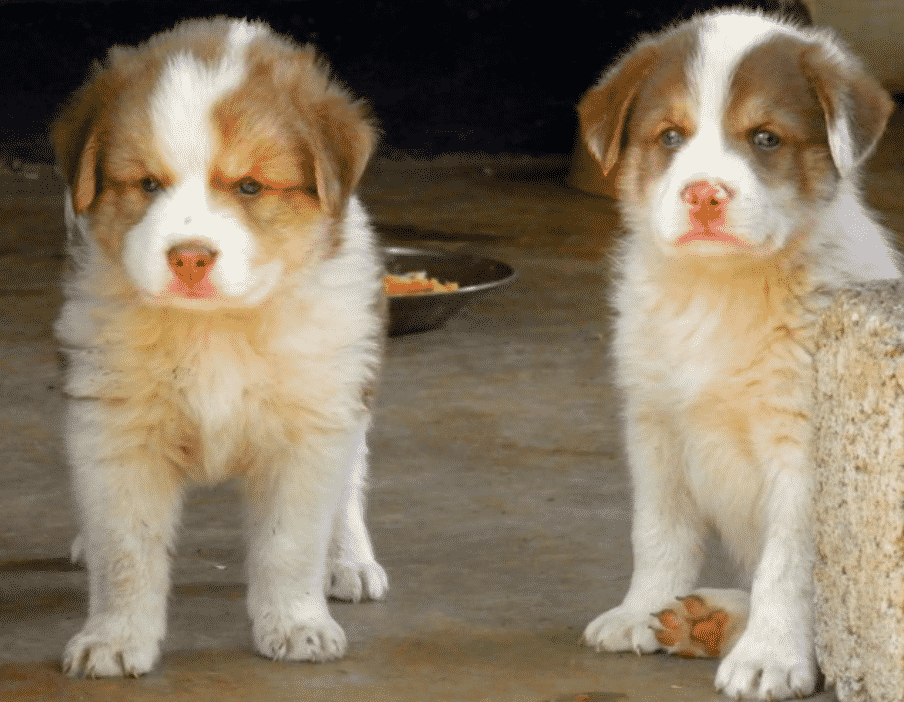 “From the beginning, I really, really loved her, I think because she reminded me of one of my [family] dogs here in Barcelona,” León said. “It was like having my dog there without having her.” 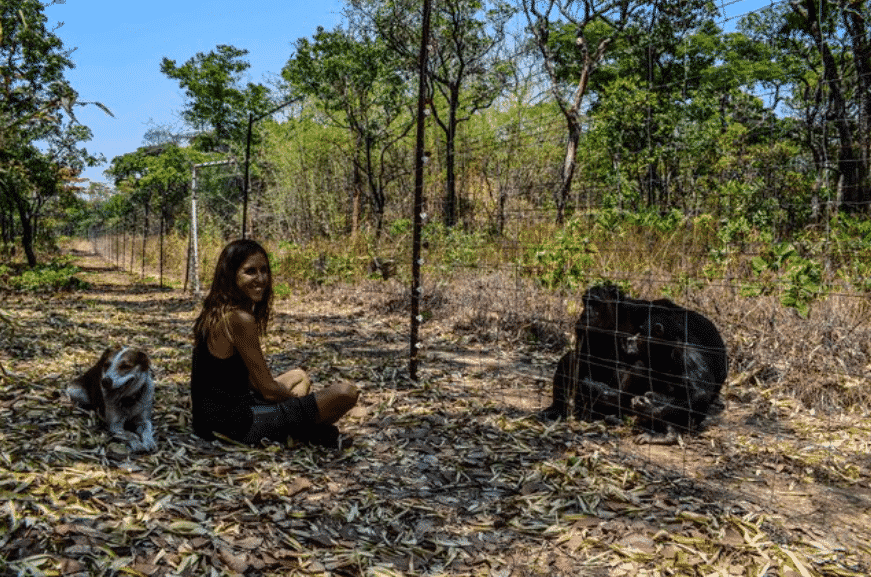 The love was reciprocated by Ginger as well. She fell in love with Sara immediately and began following her around the area. Sara was quite amused by Ginger’s loyalty to her. 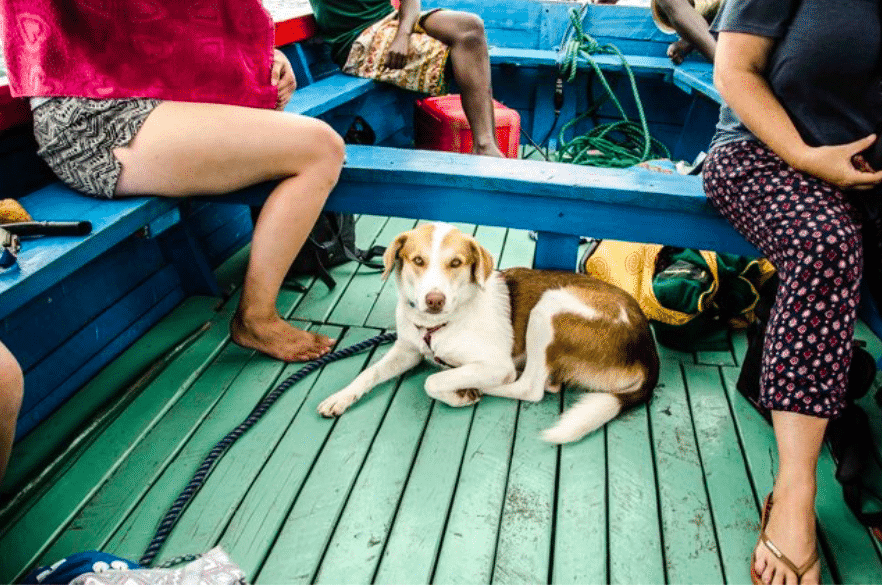 “I used to go to the enclosures everyday and spend all day studying the chimps, and she used to come with me,” León said. “It was like 10 kilometers [6.2 miles] there, so we had to walk there and back.” 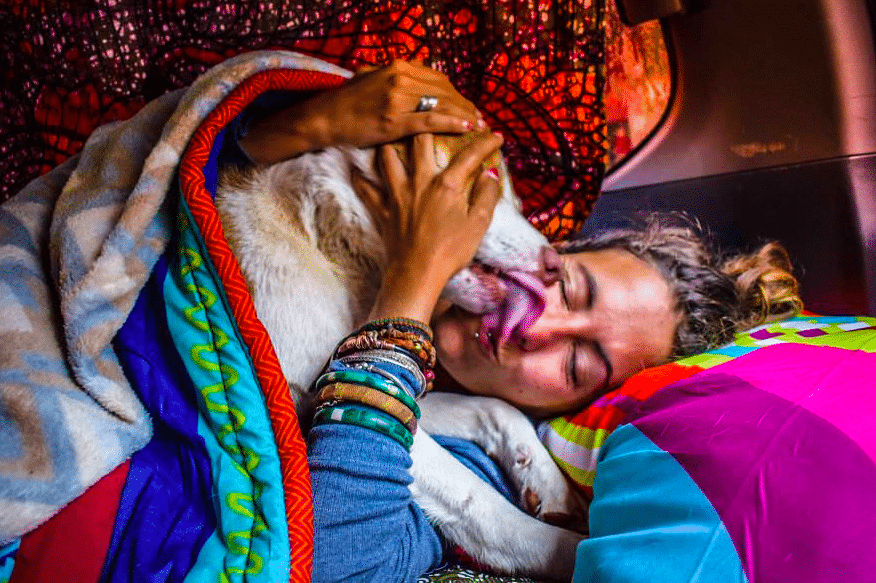 At night, Ginger would curl up right next to Sara and cuddle up with her. She began to do this every single night. “It was really, really awesome,” Sara confessed. 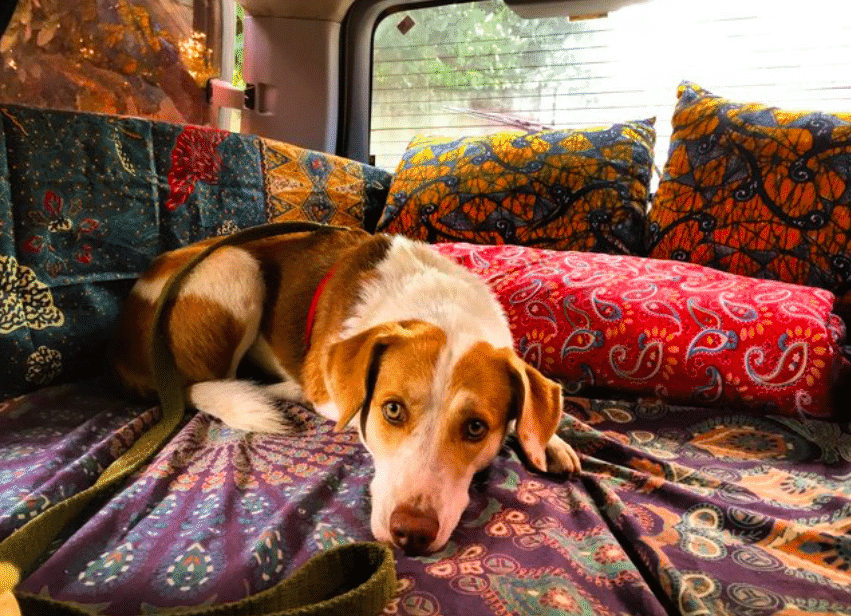 Finally, when it was time for Sara to head back to Barcelona she was left with a huge dilemma. Should she take Ginger back with her or not? “She was happy [in Zambia],” León said. “She was wild — a wild African dog. I thought, ‘I couldn’t take her back to Barcelona just because of me.’” 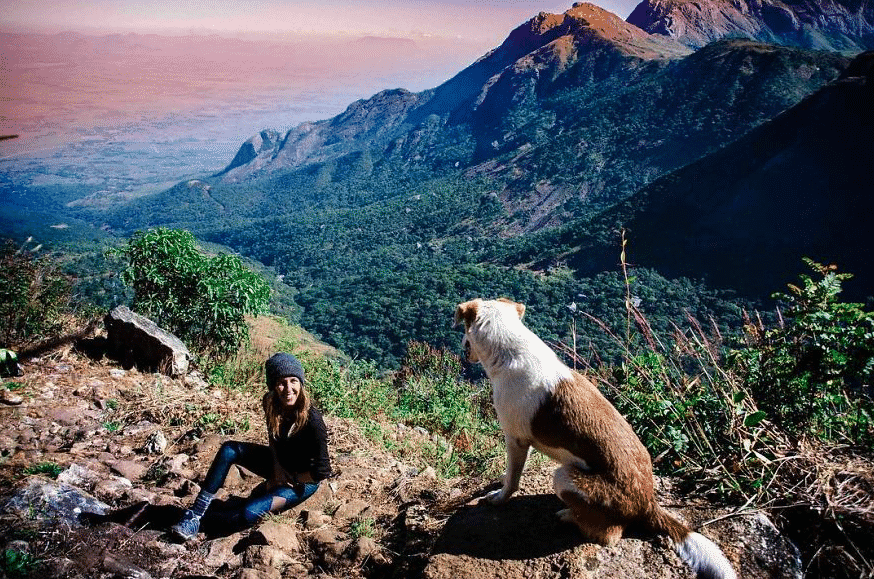 So Sara made her way back home to Barcelona without Ginger by her side. However, she couldn’t stop thinking about her furry companion. “I wrote my thesis, and thought, ‘I don’t want to be in Barcelona anymore,’” León said. “So I just bought a one-way ticket to Zambia and I left.” 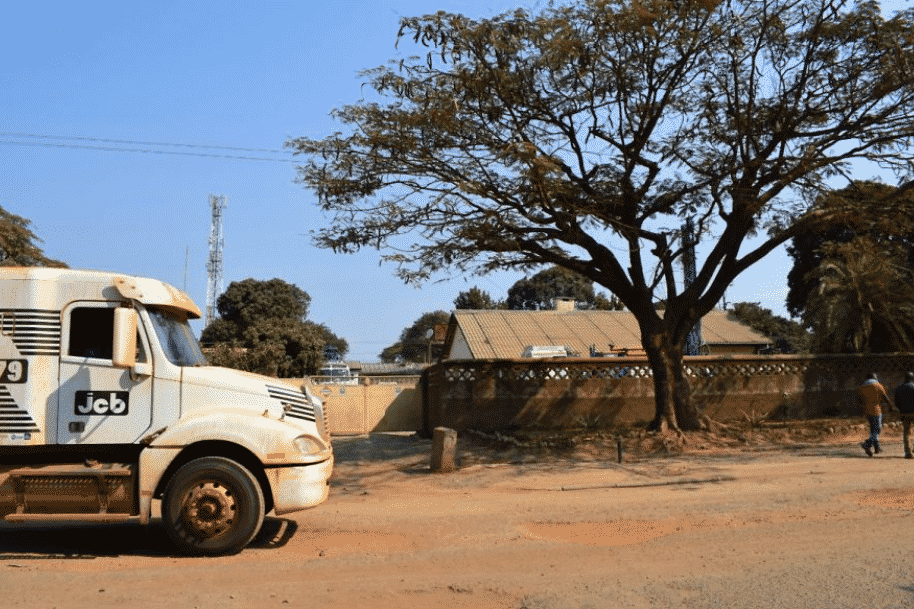 However, when Sara made it back to the sanctuary, Ginger was nowhere to be found. “The sanctuary had a lot of dogs, so the managers had to fix the problem, and they sent the dogs to different homes,” Sara said. Sara found out that Ginger was being used as a security dog at a mining place. 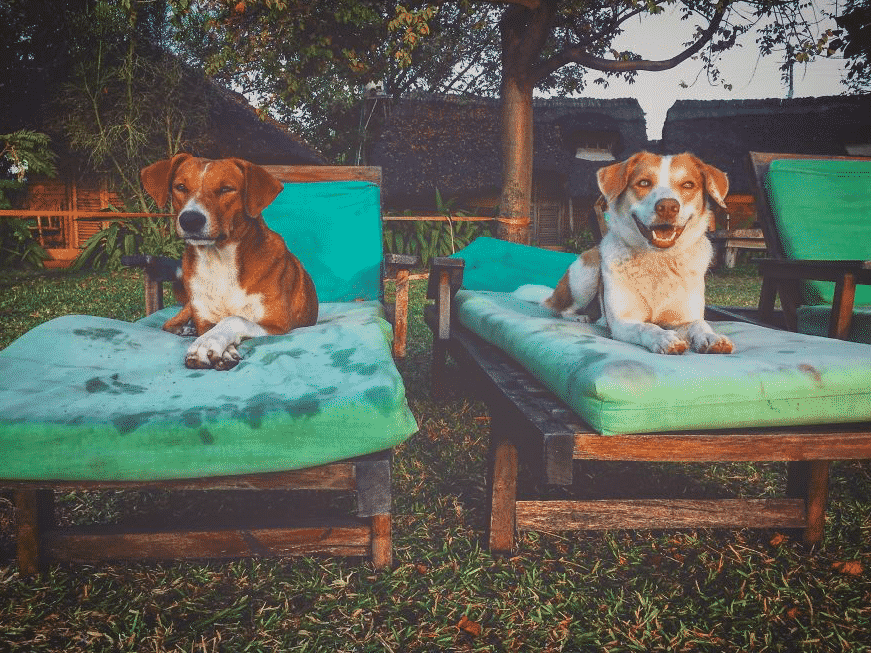 “I bought dog food so I had an excuse to go and see them, but I couldn’t see Ginger or her sister,” Sara said. “I asked one of the guys where the dogs were, and he said, ‘There are no dogs, madam.’ And I thought, ‘What do you mean there are no dogs?’” 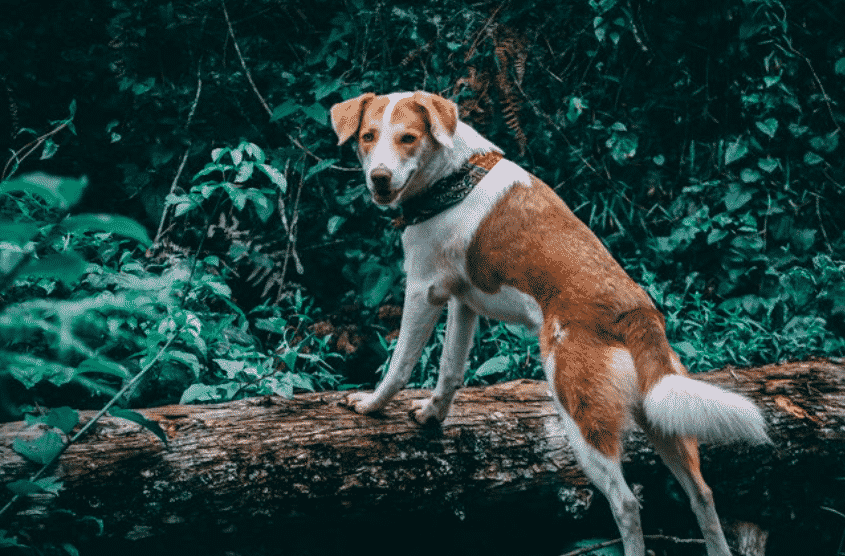 Sara continued to search the premises and eventually came across Ginger. “I turned around and I saw Ginger’s face at the end of the yard,” Sara said. “She was so scared that she couldn’t come close to me.” 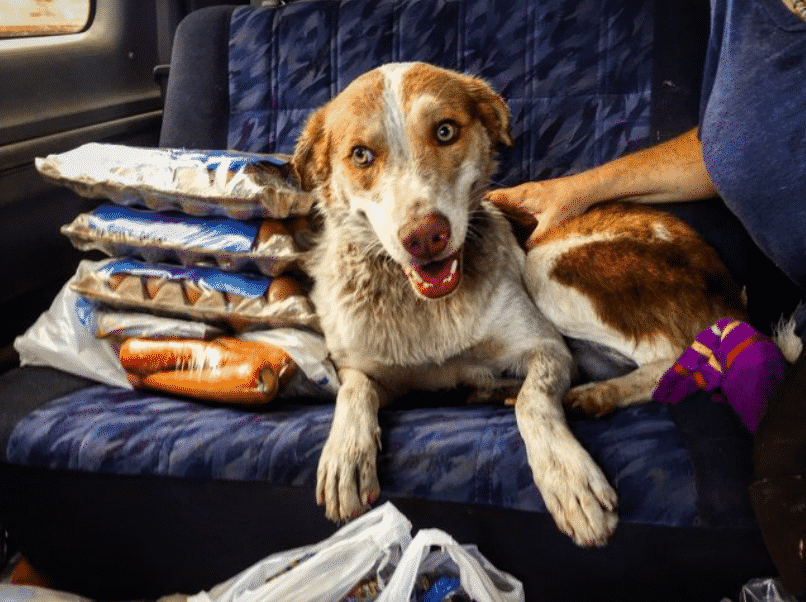 Sara refused to leave the lot without Ginger with her. “I didn’t think about it,” León said. “I just took Ginger, and my plan was to travel around and enjoy Africa.” So she placed her in her car and drove off with her pal by her side. 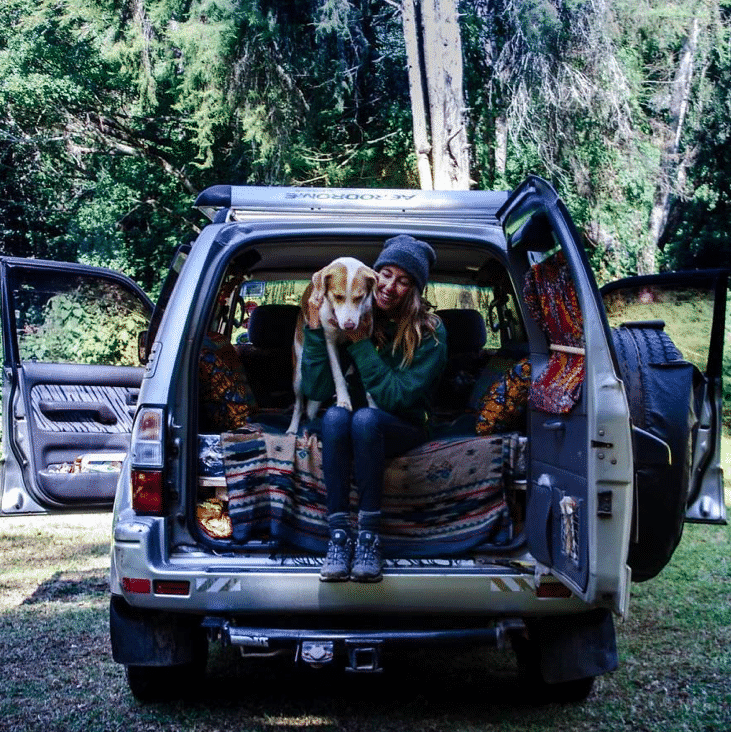 “For about a month, she was hiding under cars — any car or truck she could hide underneath,” Sara said. “It was a lot of trouble. We thought she was going to get hit.” Eventually, Ginger’s confidence began to get better and she started to enjoy her travels with Sara more and more. 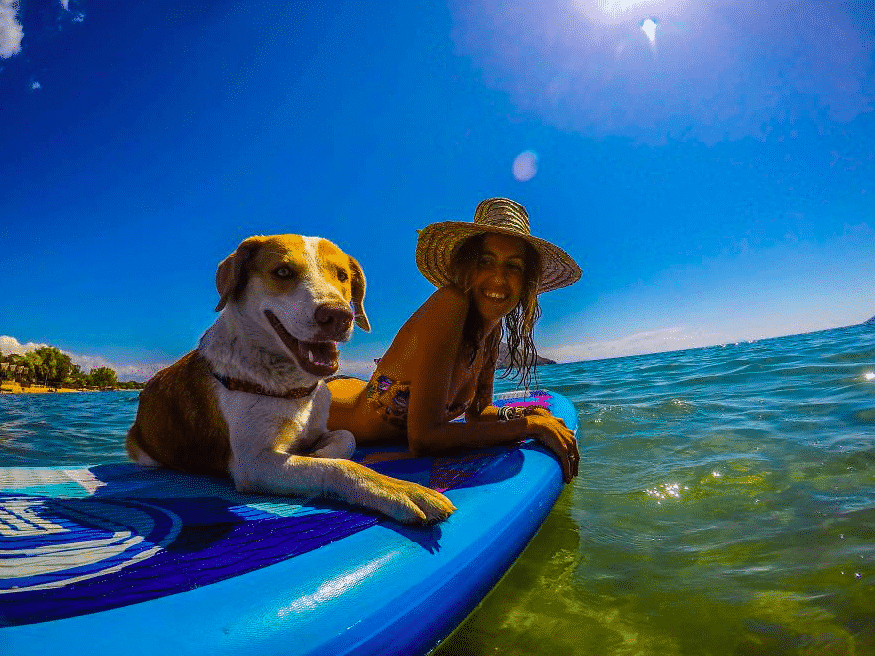 “There is a lake in Malawi that is stunning … and I put her on a paddleboard,” Sara said. “We paddled for hours and hours, and her face — she was smiling. It’s crazy. Even the local people were like, ‘This dog smiles.’” 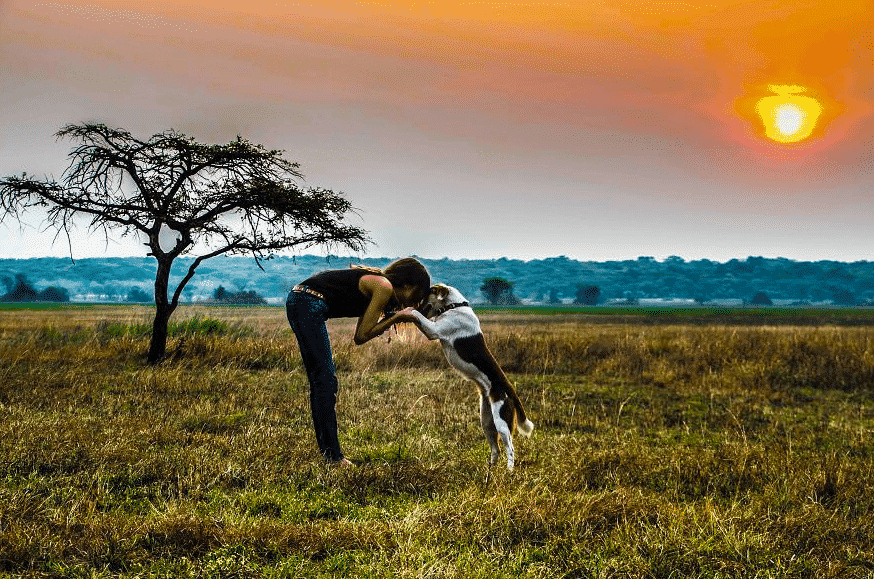 Besides paddle boarding, Ginger also enjoys going on hikes in the African bush with Sara! Sara has even heard lions roar on her hikes and has seen large elephants walk by them. “We’ve been walking through the bush and hear the lions roar,” Sara said. “And you think, ‘Oh my God, I’m going to be dead in five minutes.'” 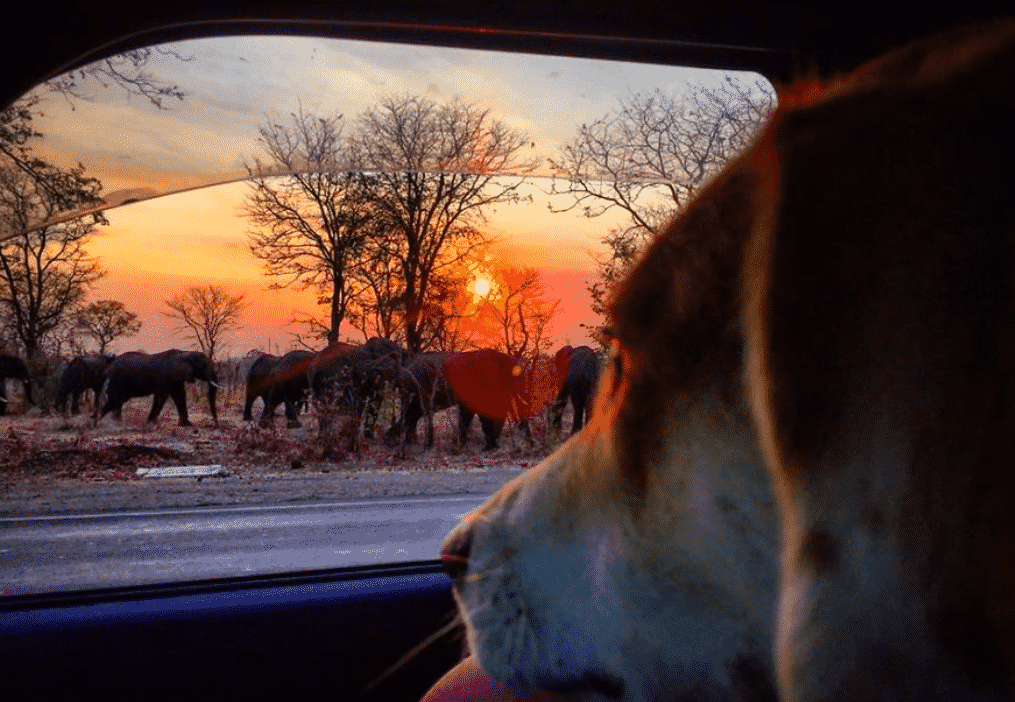 “The same with elephants,” León added. “We were walking and saw elephant tracks and heard elephants, and we thought, ‘Oh my God, we’re going to die.’ And she’s like, ‘No Mommy, it’s OK. Everything is OK.’” 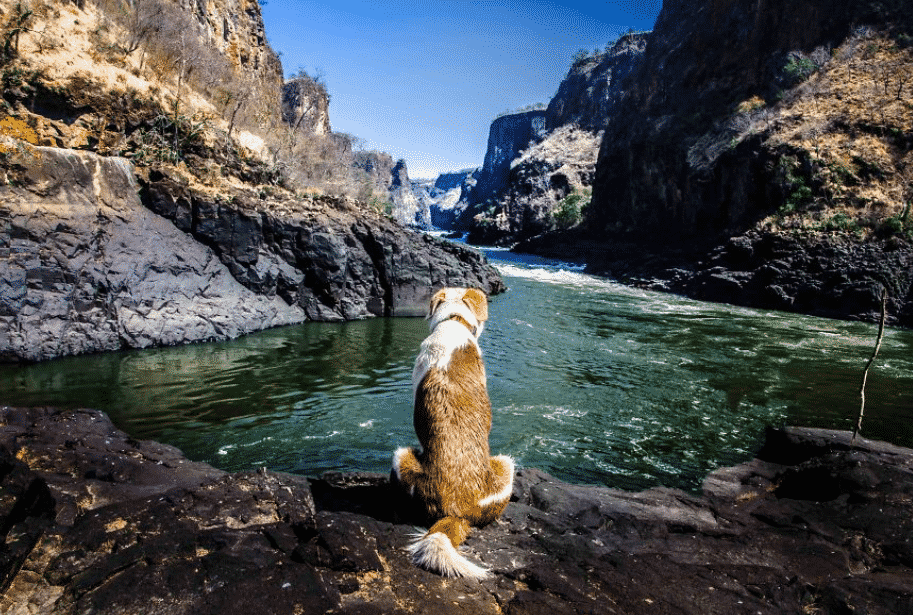 “We have been in National Parks, trekked mountains, seen wild elephants through the window, heard lions roar on our walkies, paddle boarding in lakes, seen chimpanzees, been in boats, rescued dogs in need, taught kids in local schools how to treat dogs,…. and this is just the beginning.” 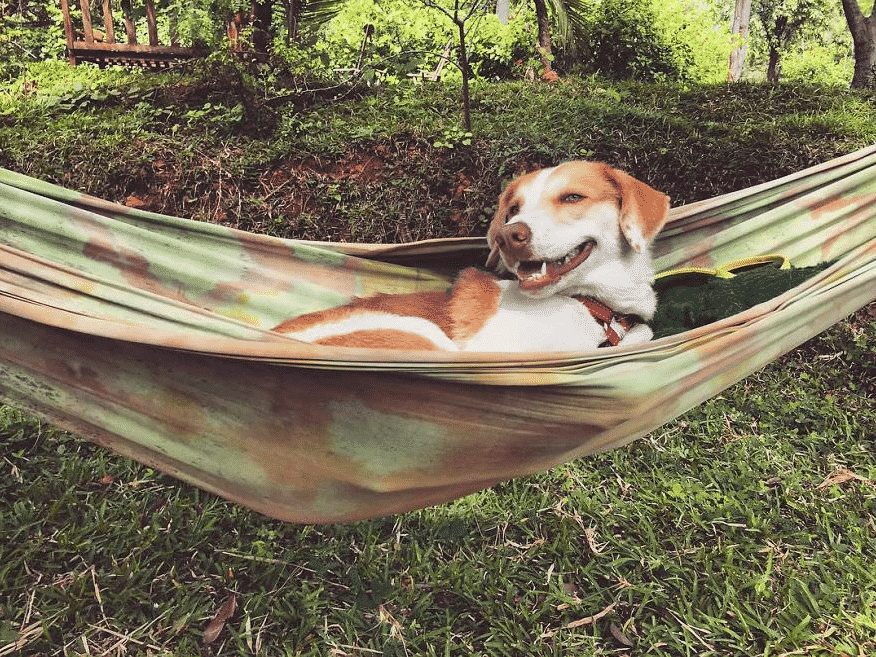 “I am happy when I look at her eyes and I can feel it in my stomach. I am happy to have made a difference that day. Happy to have not thought of myself, or how difficult and expensive it was going to be to travel with Ging,” Sara writes. 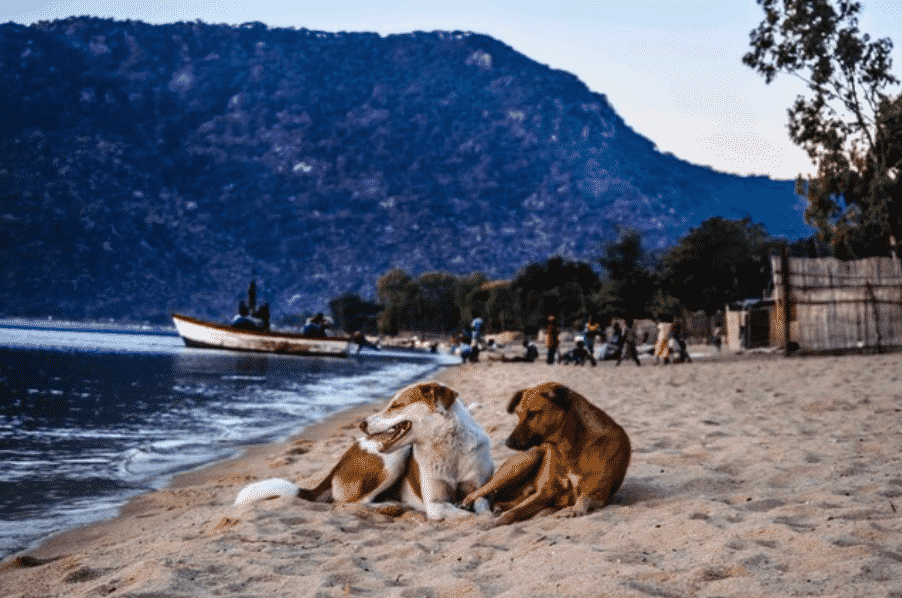 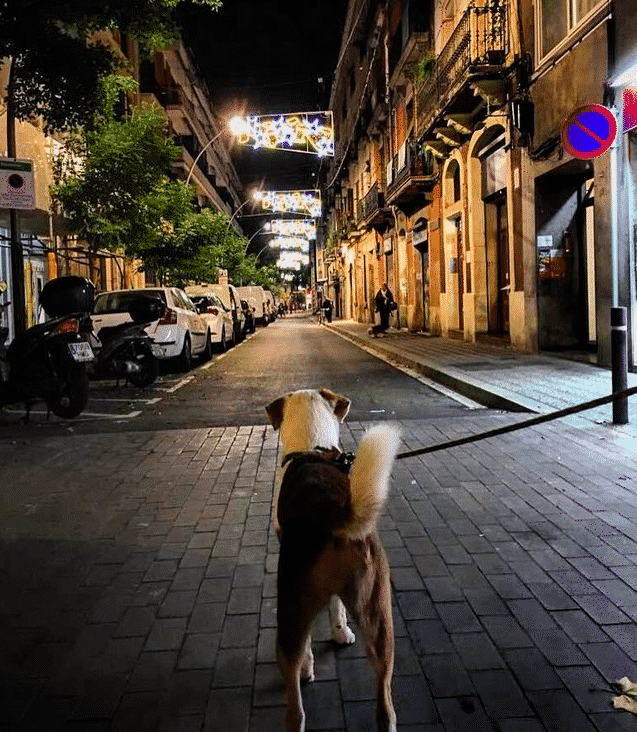 “She loves it here,” León said. “She stops every 3 centimeters to smell the other dogs. She’s like, ‘Oh my God, there are smells everywhere, Mom.’” The duo are happy to be together and planning on heading out on more trips soon!