Rescued Chimp Is Finally Released. But Then They See Tears Pouring Down Her Face

When this woman decided to rescue a chimp from a life or death situation, she had no idea just how close the two of them would become. Finally, it was time for the chimp to be released back into the wild. However, no one expected the emotional reaction that came from the chimp instead. 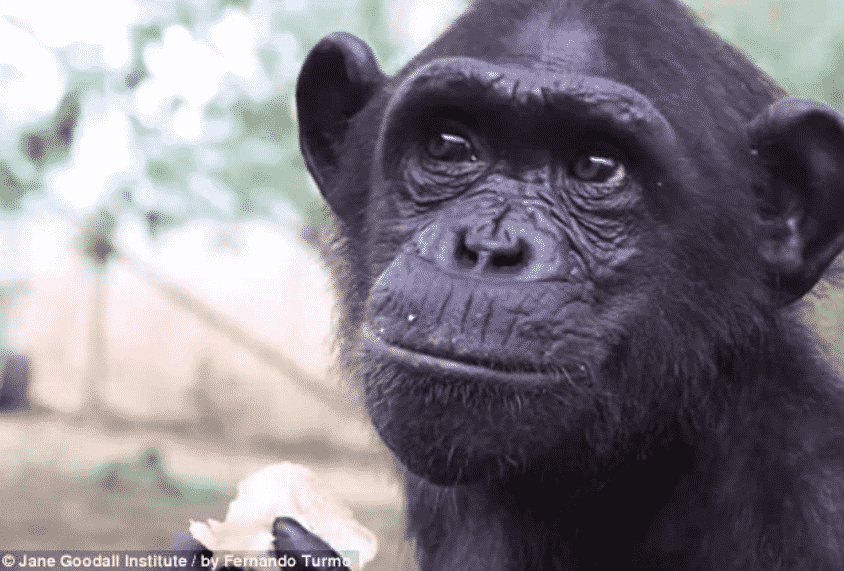 When Wounda the chimp was brought to the Jane Goodall Institute’s Tchimpounga Chimpanzee Rehabilitation Centre (TCRC), she wasn’t doing well at all. In fact, she was near death and rescuers were quite worried about her. 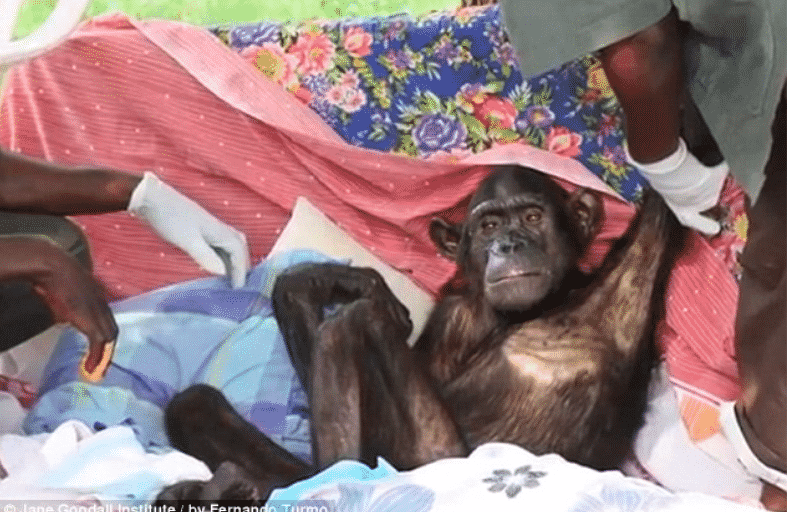 Her name, in the Congo, actually means ‘close to dying’ and that’s the situation that this poor chimp found herself in. So what was wrong with her? Well, Wounda had a terrible illness… 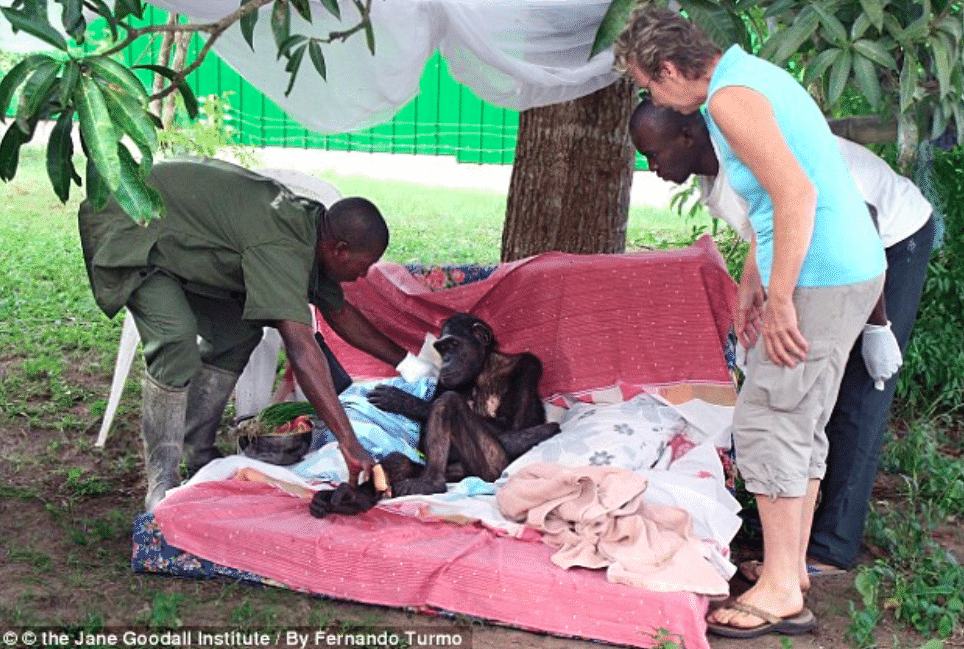 When Wounda was brought to the rehab center she had a horrible illness. The illness was taking over rapidly and was causing Wounda to lose a lot of weight. She was terribly thin when she was brought in. 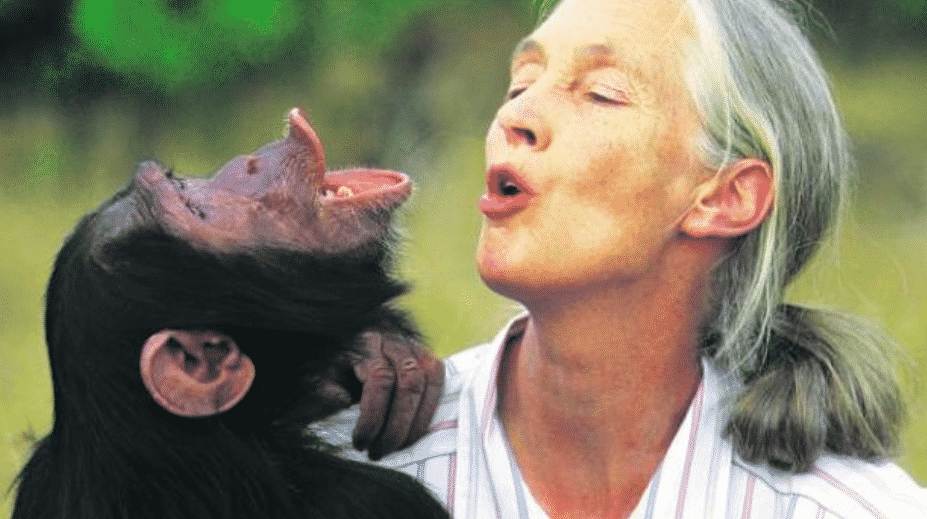 “This is unbelievable,” said Jane Goodall after being shown a photo of Wounda in her emaciated state. So rescuers got to work on helping rehabilitate Wounda. It wouldn’t be easy, however…. 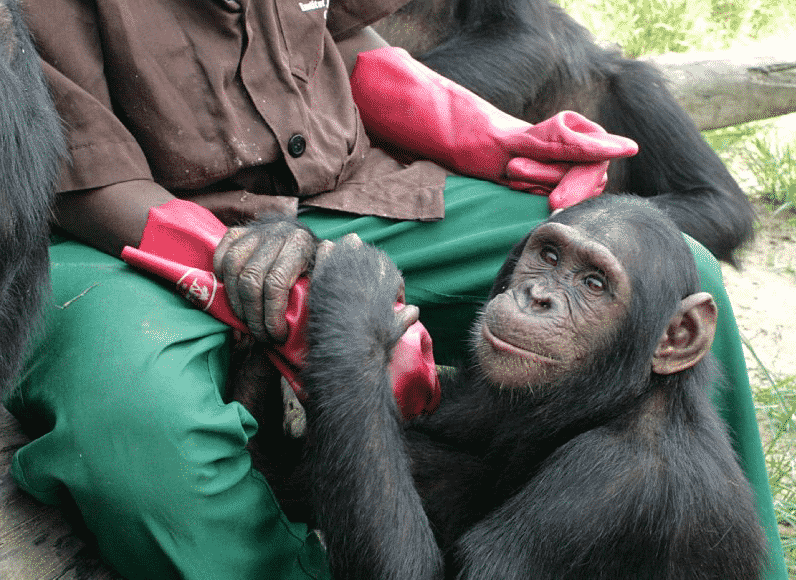 The rescuers started working very hard to help Wounda get better. Every morning Wounda would be given a liter of milk. This was beginning to help her gain weight and heal from the illness. 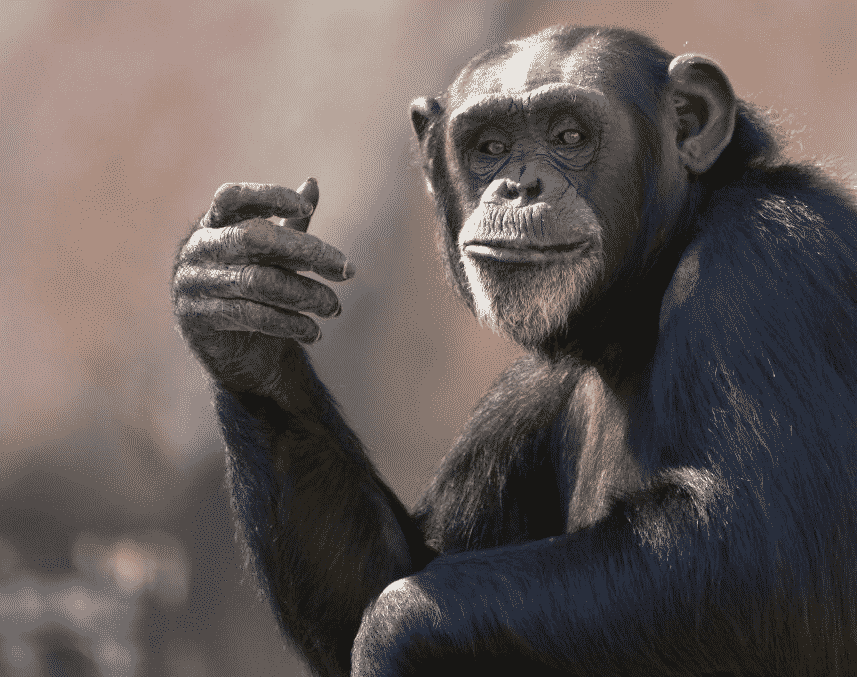 Little by little, Wounda began to get better. Soon she had put on some weight and was looking much healthier. The animal rescuers were so happy with the progress that she was making. 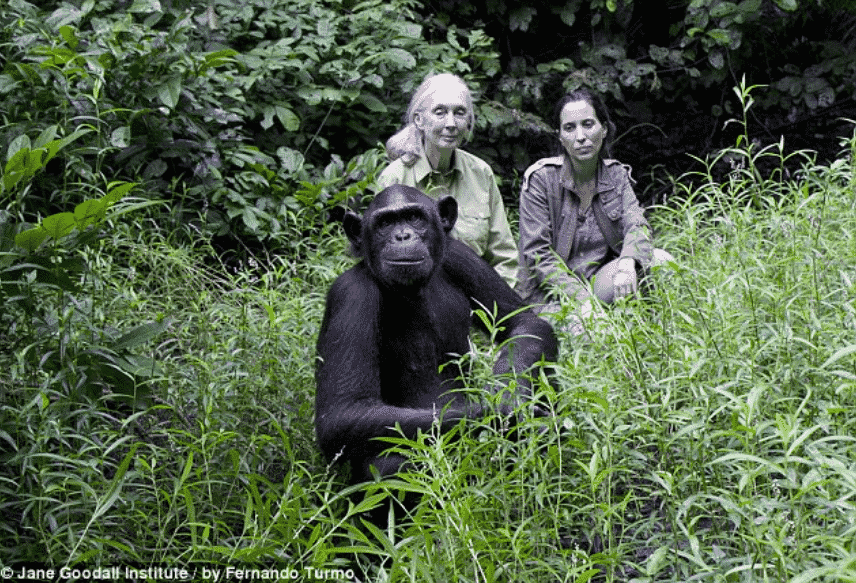 Finally, Wounda was completely healed and everyone was happy. This also meant that it was finally time for her to be released back into the wild on Tchindzoulous Island. Wounda would be the fifteenth chimp to be released onto the wild. 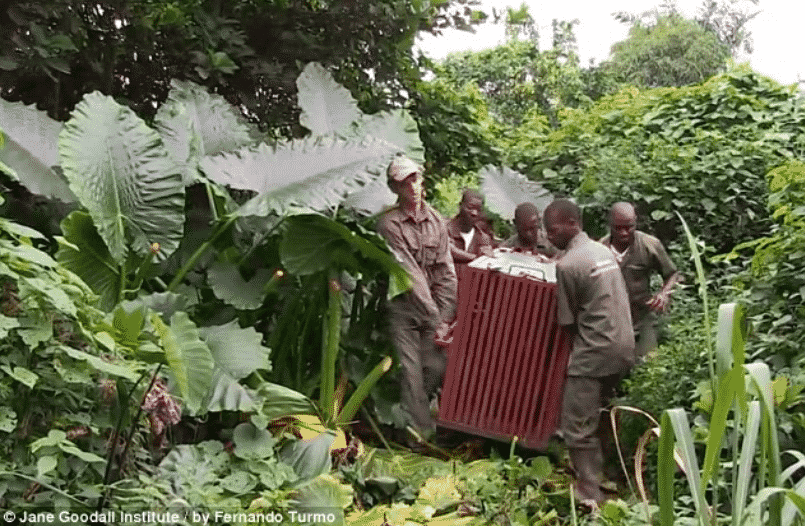 So Waunda was placed inside of a crate so that she could be driven to her new home. Dr. Rebeca Atencia, head of the Jane Goodall Institute-Congo kept a watchful eye over Wounda as they made the drive over. 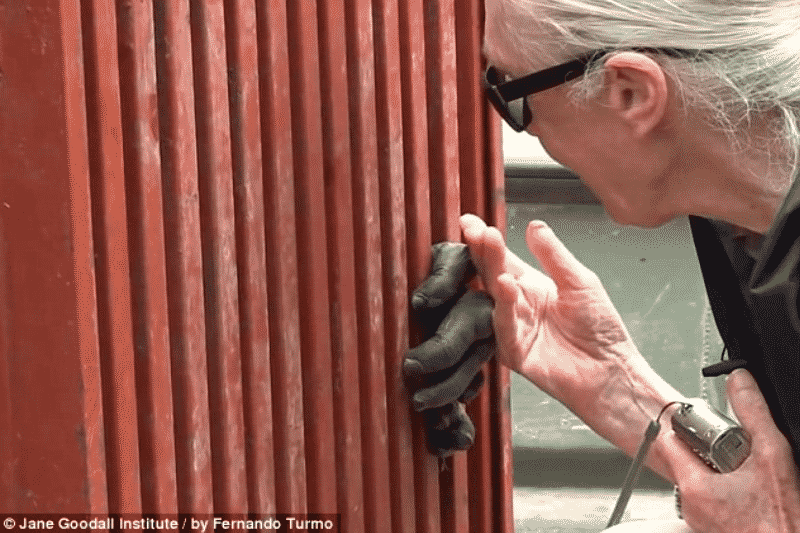 While Wounda was in the crate, Dr. Jane Goodall also blew kisses over to the chimp to keep her happy and calm. Wounda would then put her hand out of the crate and brush it against Dr. Goodall. She would hold Dr. Goodall’s hand throughout the ride. 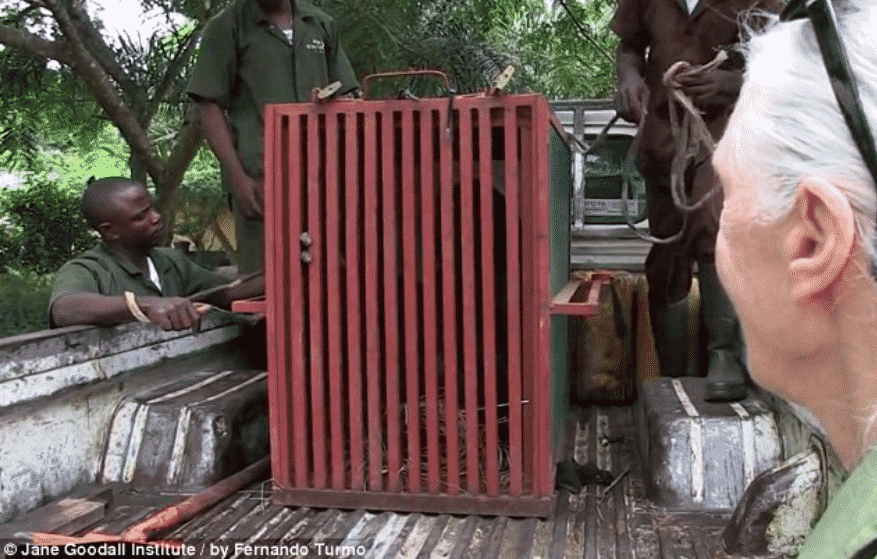 “This is a really exciting moment for me being here With Wounda,” Goodall said. “She nearly died but thanks to Rebeca she came back from the dead. I mean I saw her looking dead almost.” 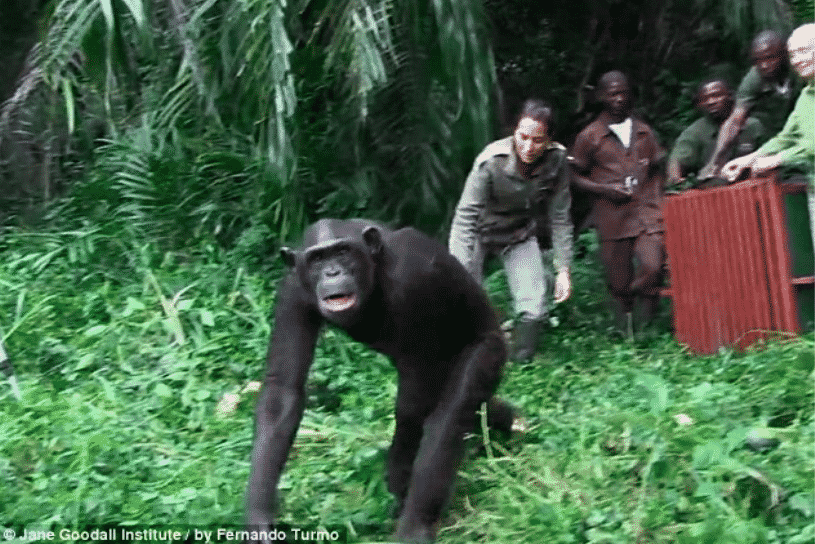 “She has a will to live and here she is about to come into this paradise. She’s the 15th chimpanzee to get her freedom here.” Finally, they reached their destination and no one knew how Wounda would react… 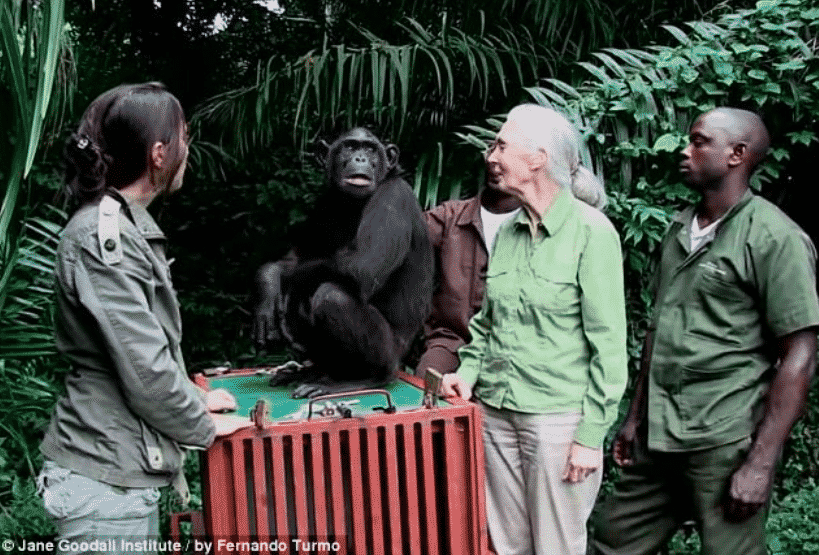 The rescuers began recording the moment when Wounda’s crate was opened up. She was slowly released from her cage and she looked around in awe. It was an amazing moment. 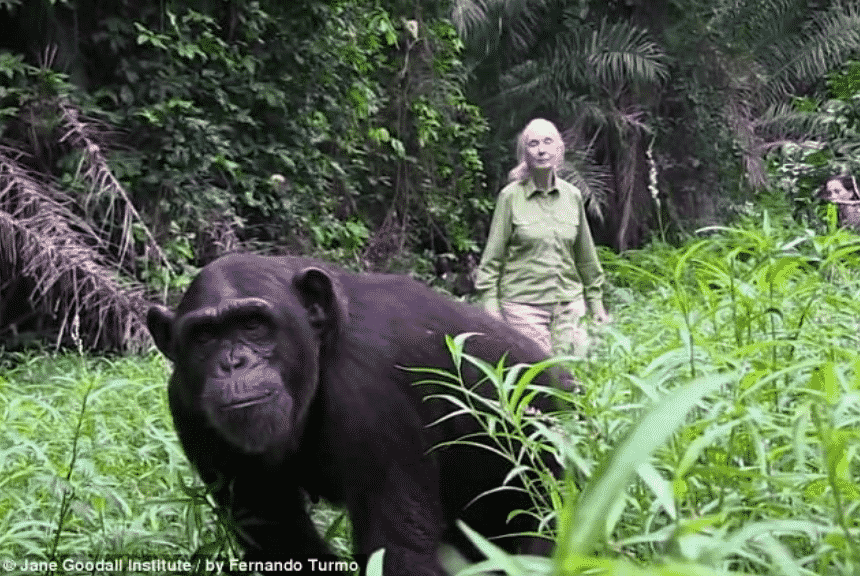 Wounda continued to look around at her new home. She was very happy to be out in the wild and she wanted to show her appreciation. So she quickly did the sweetest thing ever. 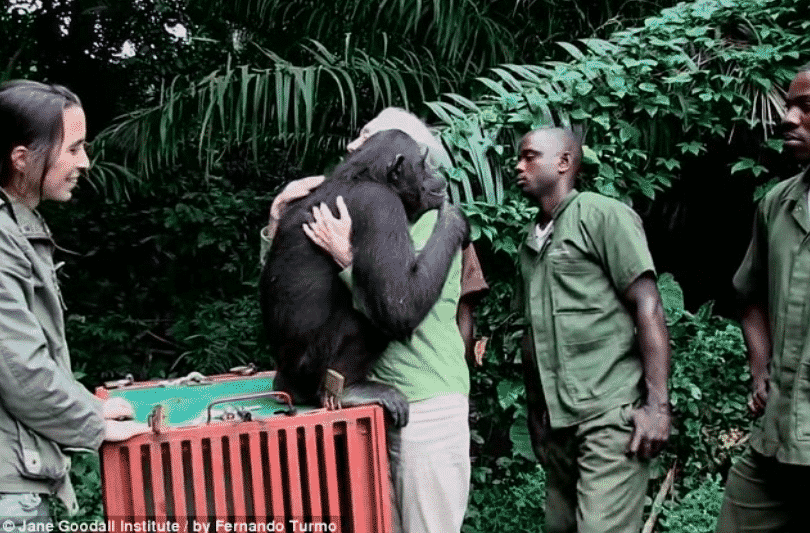 After Wounda had gotten used to her surroundings, she wanted to show gratitude to Goodall and tears began to run down her face. So before she went her separate way, she walked over to Goodall and gave her a big hug. It was a shocking and profound moment. 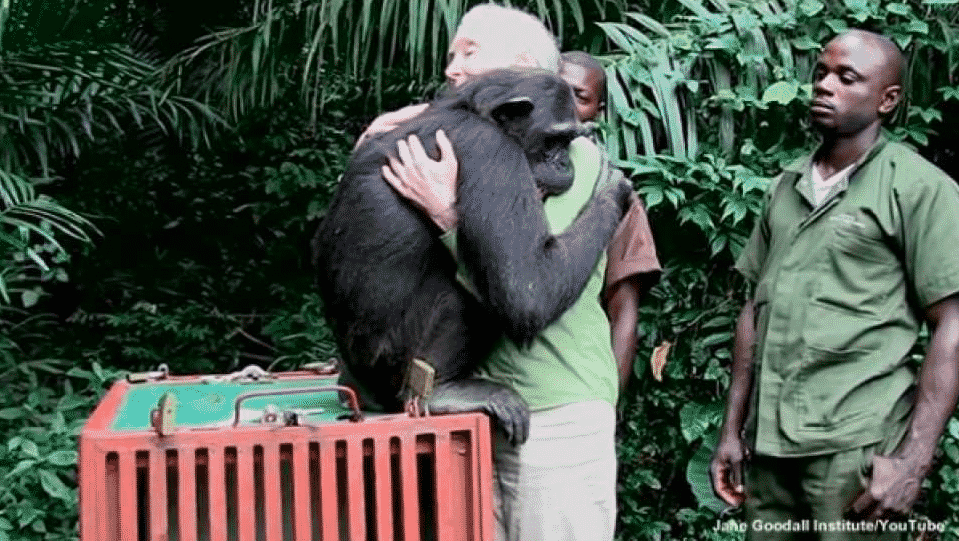 It seems that Wounda knew that thanks to Goodall and her team that she was given a second chance at life. Her hugging Goodall was just a small gesture of thanks for her new life and freedom in the wildlife sanctuary. 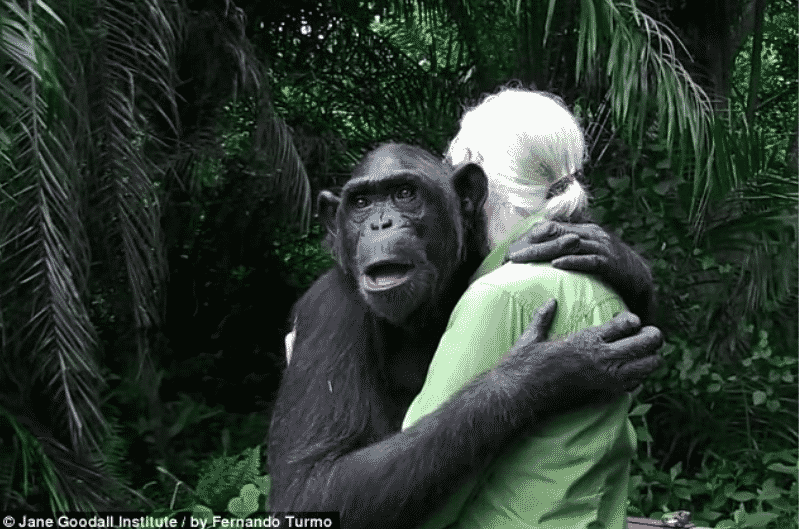 “Thanks to the expert care provided at Tchimpounga, Wounda overcame significant adversity and illness and was recently relocated to Tchindzoulou Island, one of three islands that are part of the newly expanded sanctuary,” the caption of the video reads. 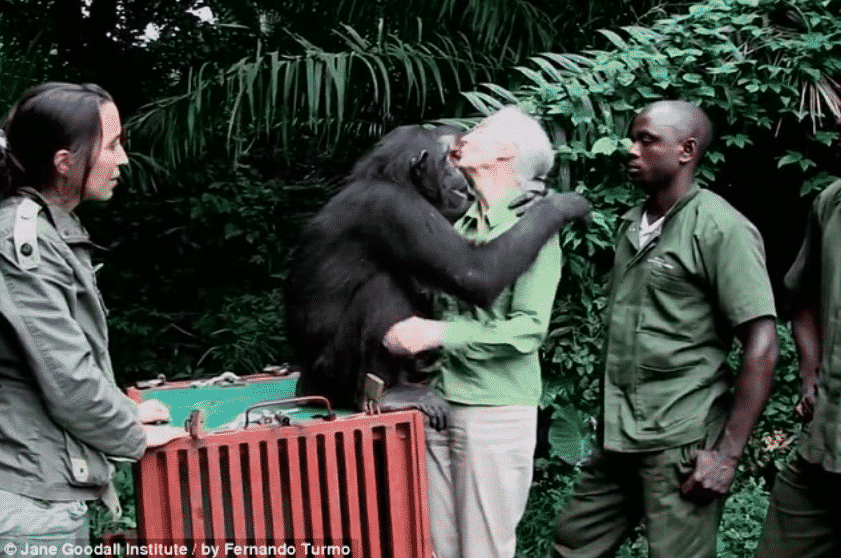 The embrace shared between the two lasted for a few minutes. Although no words were exchanged between them, the hug and the emotions in the air were very real. Goodall was so thankful for the moment. 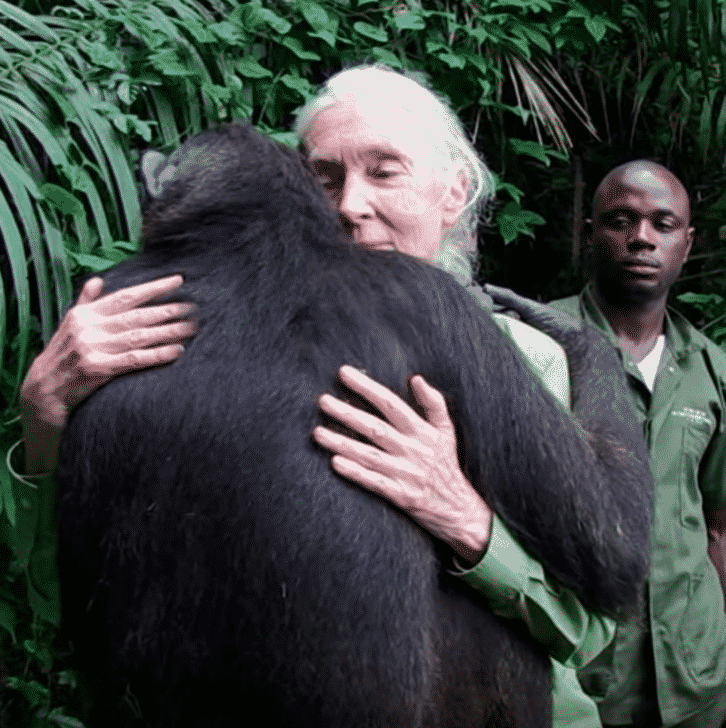 Since being filmed, the video has been uploaded onto YouTube. It has received over a million views with people from all around the world admiring the sweet moment shared between the two of them. 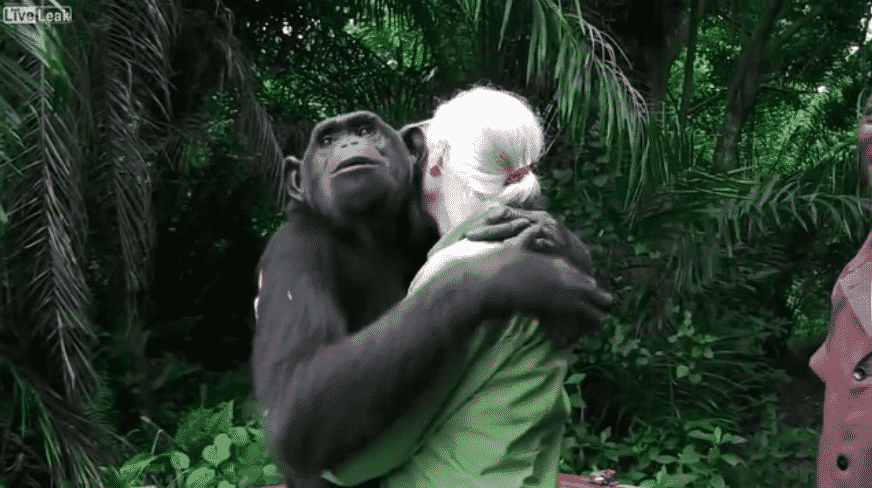 There were also a ton of positive comments left by users! One user commented saying,“I want a chimp hug now.” Another wrote, “I wish one day I can work with the environment and actually be able to save animals on the daily. It would make my life complete.” 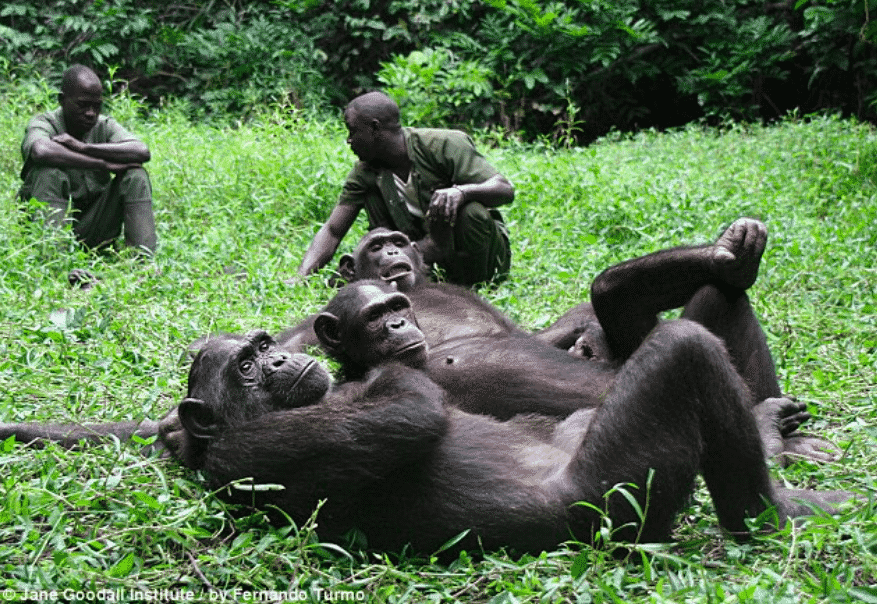 Wounda was rescued when she was at her worst. Now she gets to enjoy a wonderful life of exploring Tchindzoulous Island and all of its wonders.