For those of you who don’t know Damian Aspinall, he’s a multimillionaire philanthropist with a heart for saving wildlife – especially gorillas. Aspinall founded ‘The Aspinall Foundation’, and long before that, he was raising gorillas in his backyard. 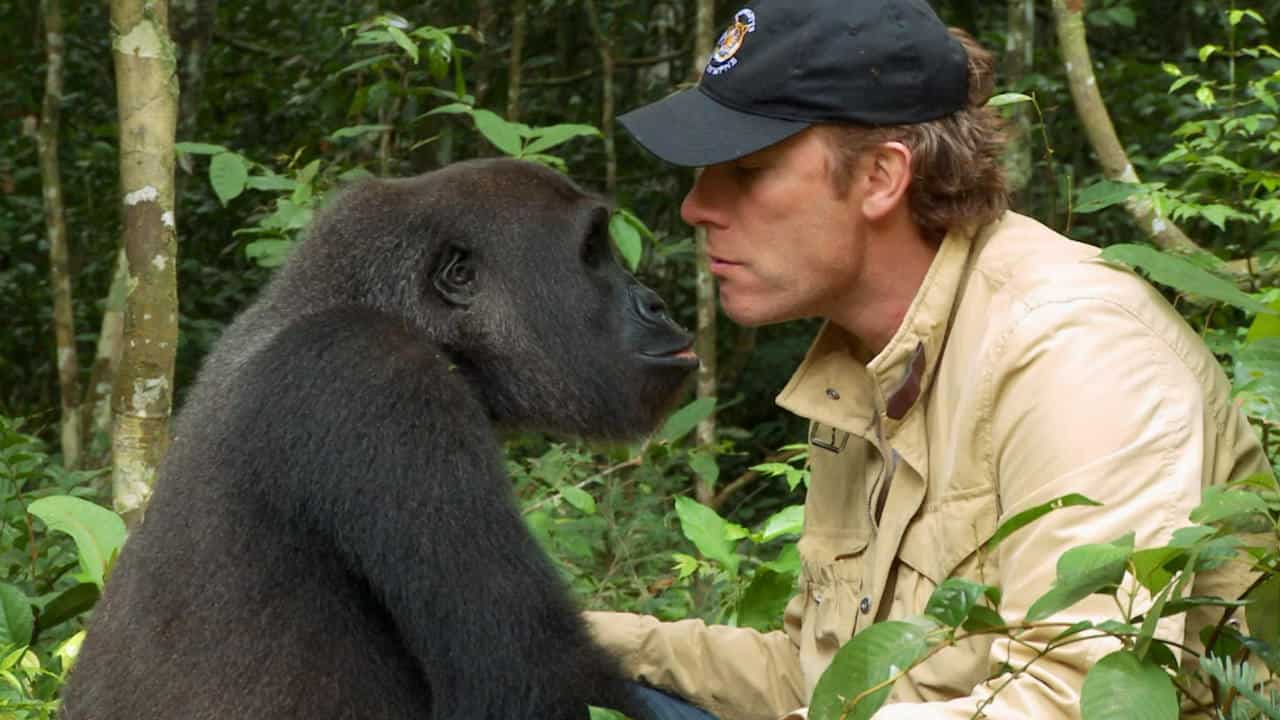 Well, it isn’t exactly a backyard because of the whole mansion thing, but the point is that the guy has often made headlines with his charitable work for not only his own animal rescue setup, but various organizations across the world.

19. There Was Something Special About One Gorilla 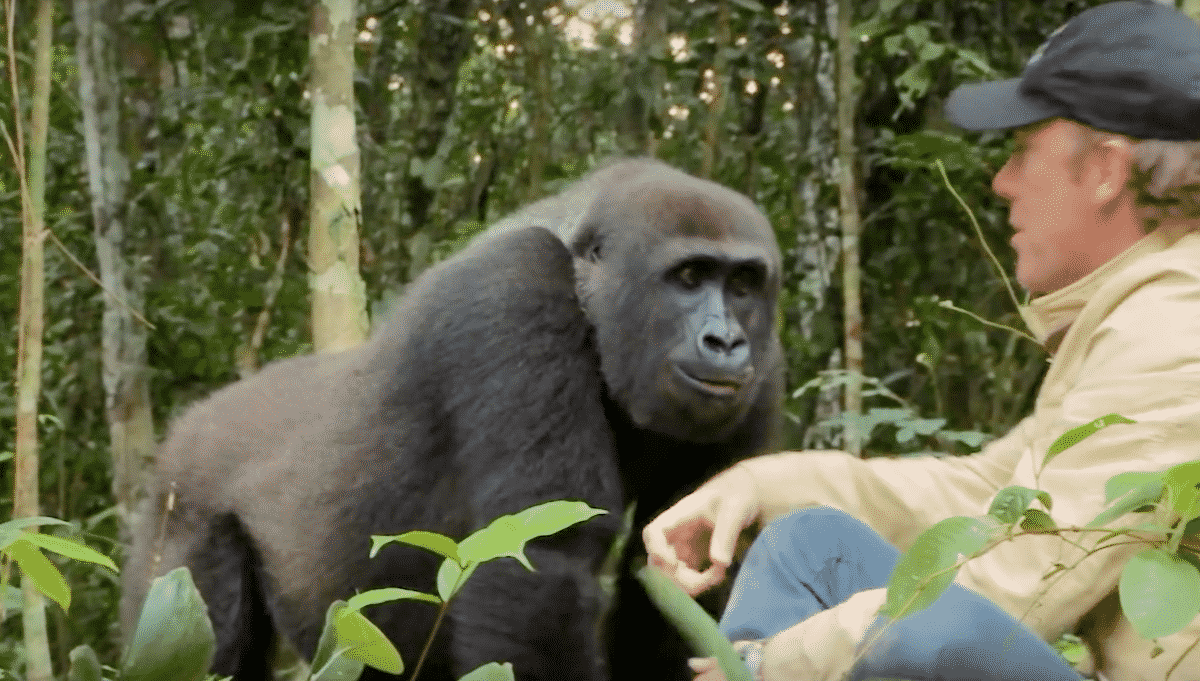 Although Damian has saved over a hundred gorillas since his young old days, there are a few stories that truly stand out. In fact, as he admits, there is a special gorilla in Damian Aspinall’s heart that will always have a unique place.

18. Meet Kwibi, the Gorilla That Melted the Hearts of Thousands 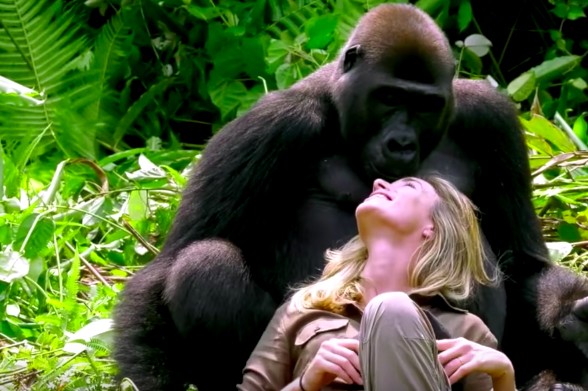 His name was Kwibi, a now massive gorilla who was rescued and practically raised at Damian’s own wild animal park called: Howletts. Kwibi’s time at Howletts was often filled with activities involving interaction with Damian, his wife and other family members. Eventually, Kwibi developed a fondness for Damian and other human companions who would treat this gorilla as part of the family.

17. Kwibi and Damian’s Bond Was Inseparable 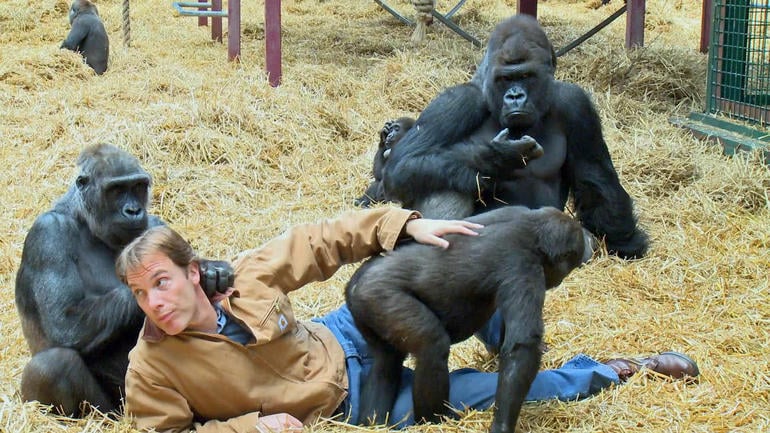 Apart from taking care of Kwibi, Damian’s foundation has another job. They all reintroduce the captive gorillas back into the wilds once the animals are fully grown and mature enough to handle themselves.

16. Both Got Close During the Time at Howletts 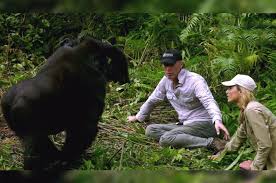 During his stay at Howletts, Damian and Kwibi got close. However, it drove a wrench through Damian’s heart to realize that Kwibi had to be released back to the wilds one day. It was more than likely that the man-gorilla duo wont be able to see one another anymore.

15. Kwibi Had to Be Released Back Into the Wilds 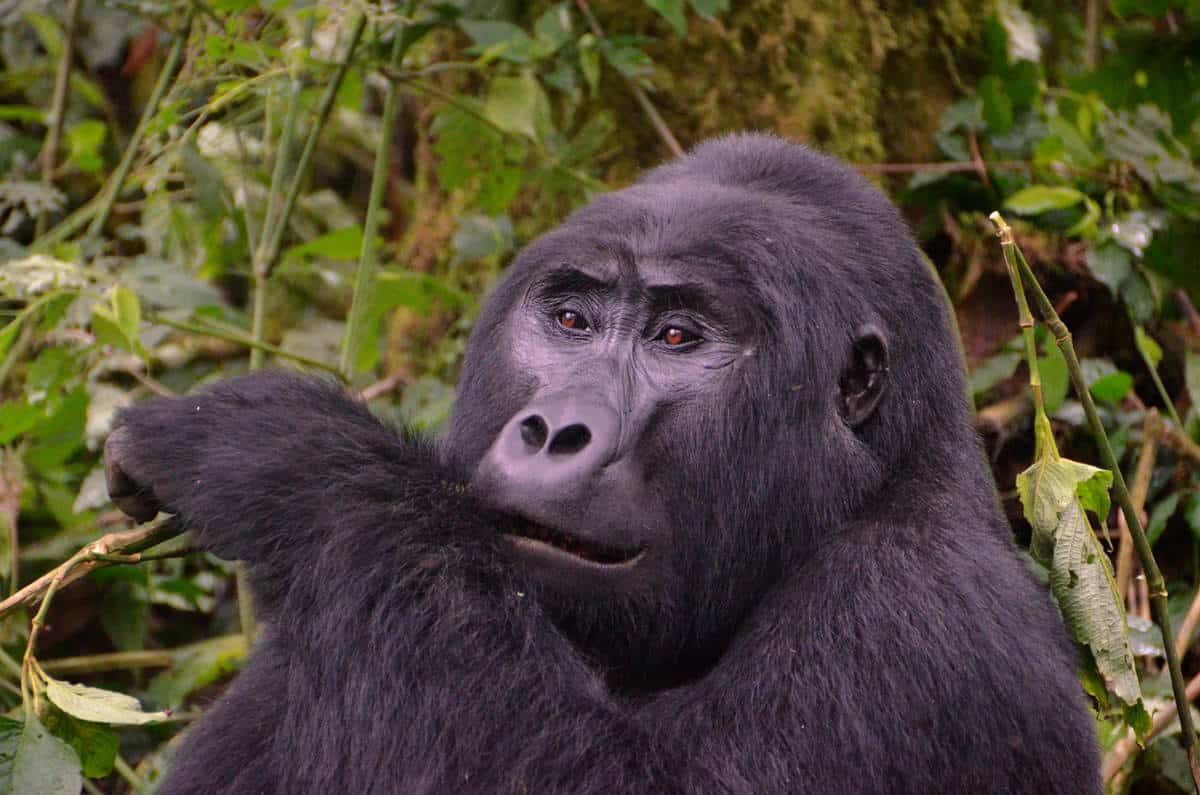 Soon after Kwibi was released, Damian decided to check back on him. He asked his local African friends but they reportedly said that the gorilla has developed an aggressive personality, and that it was not easy to go near him. 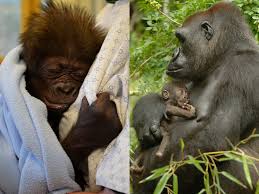 Despite the advices, Damian Aspinall decided to see Kwibi – and that too after five years. Against all odds, he packed his bags, and travelled back to the jungle where the gorilla was once released.

13. The Images Speak for Themselves! 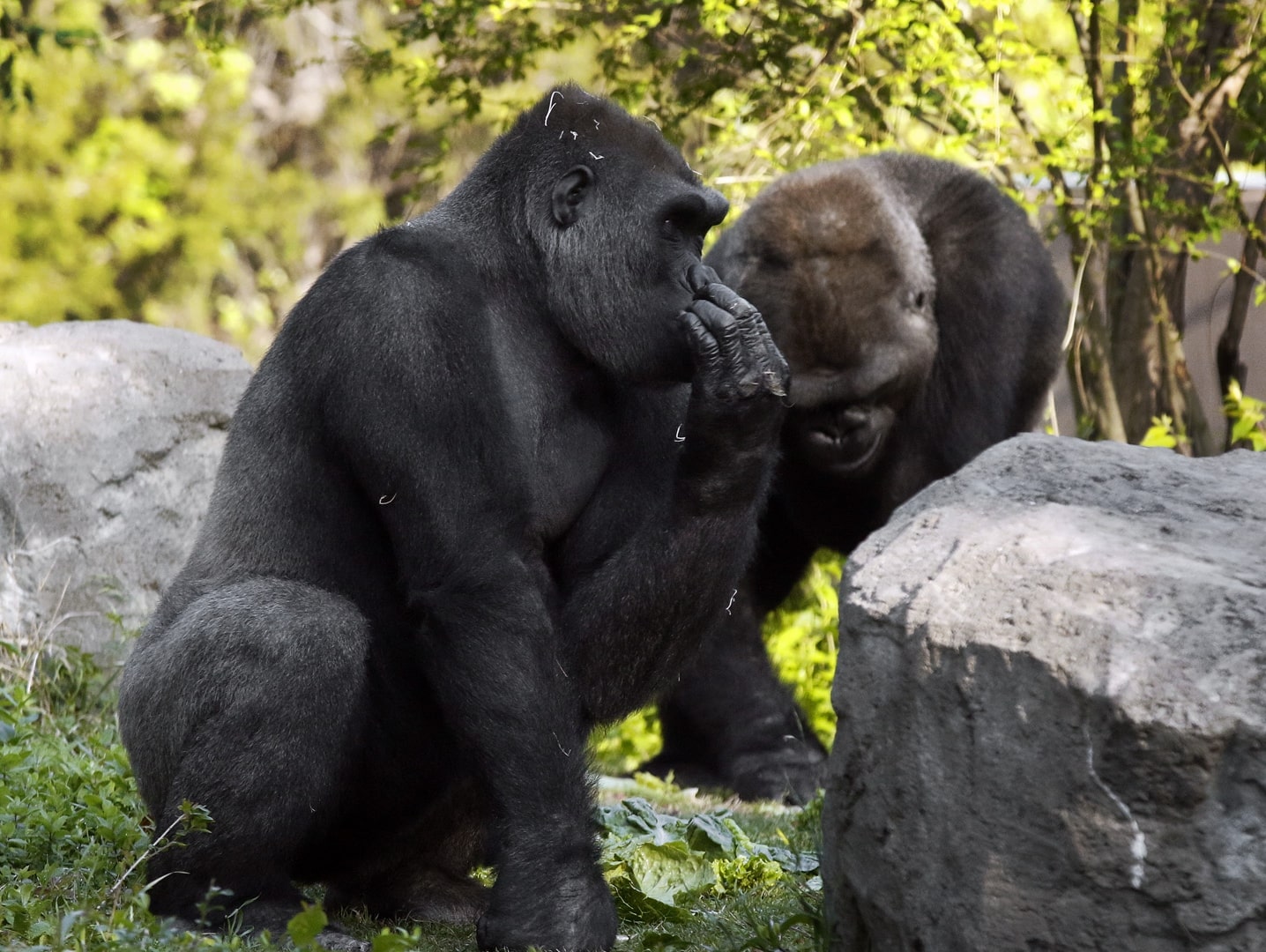 Take a look at these powerful images yourself. The look in Kwibi’s eyes, especially in some of the photos is quite remarkable. It’s as if one moment, he thinks he saw a stranger stepping into his territory, and then realized that it was Damian, his old friend! 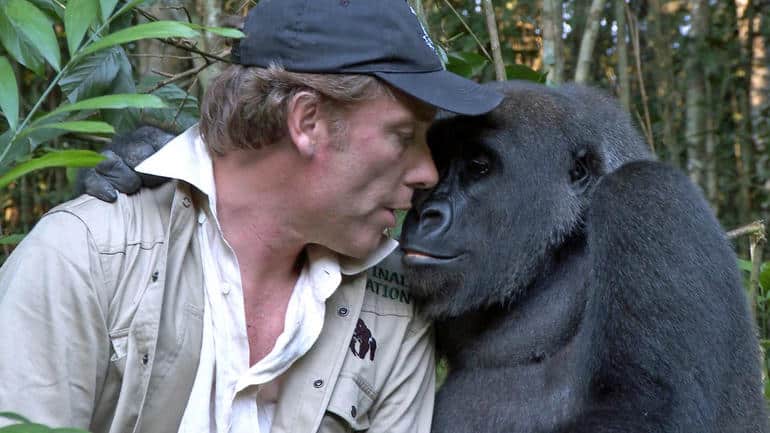 The gorilla’s facial expressions and feelings soon turned from aggressive to that of a baby, or a dog who is ecstatic to see his owner. This proves that gorillas are not just animals. Damian admittedly believes that gorillas have a higher intelligence and empathy level as compared to other animals.

11. Kwibi Was an Unusual Gorilla 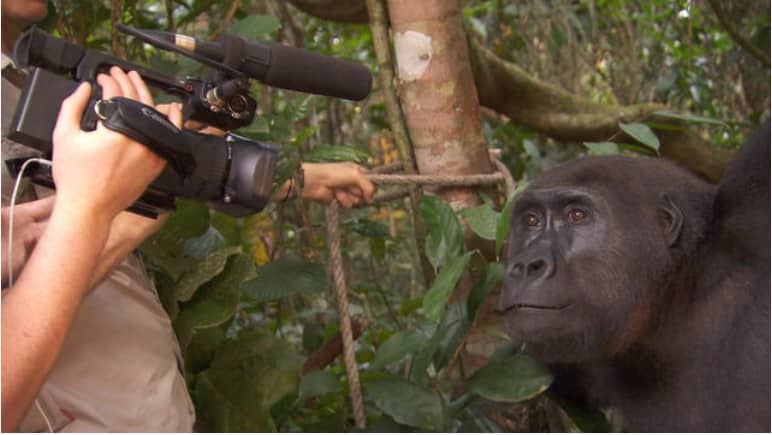 Kwibi was a lowland gorilla raised at the Howletts Wild Animal Park under Damian Aspinalls supervision. The guy took care of Kwibi for several years, and then released him in the Gabon forests in West Africa. The noble act was part of the wildlife preservation initiative.

10. There are Limits to Taking Care of Wild Animals 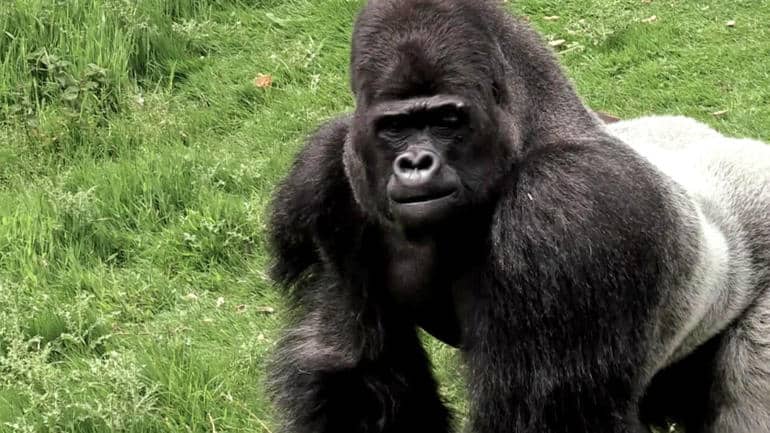 Also, Damian is not able to hold on to these gorillas forever. There comes a time and age when the animal has to be reintroduced back into the jungle because that’s where they belong. However, there is always a greater risk which threatens the gorillas’ life in the jungle.

9. Damian Was Unsure Whether Kwibi Would Survive or Not 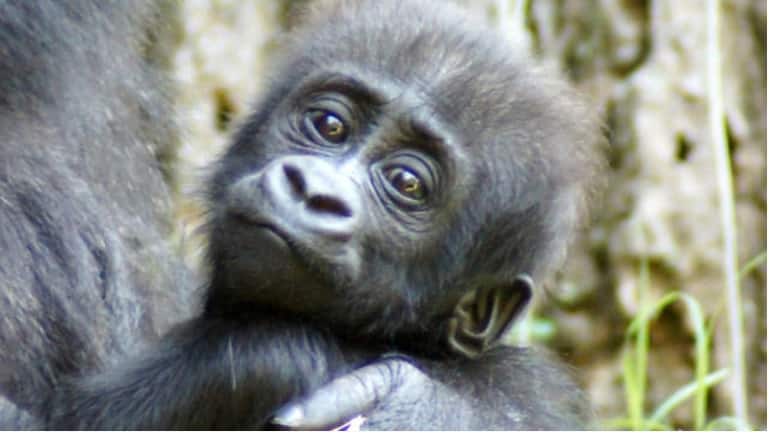 Mortality rate is usually high because since these gorillas have been raised in a manmade sanctuary, they have no practical survival experience that comes naturally.

8. Reports Come In After Damian Inquired about Kwibi from the Locals 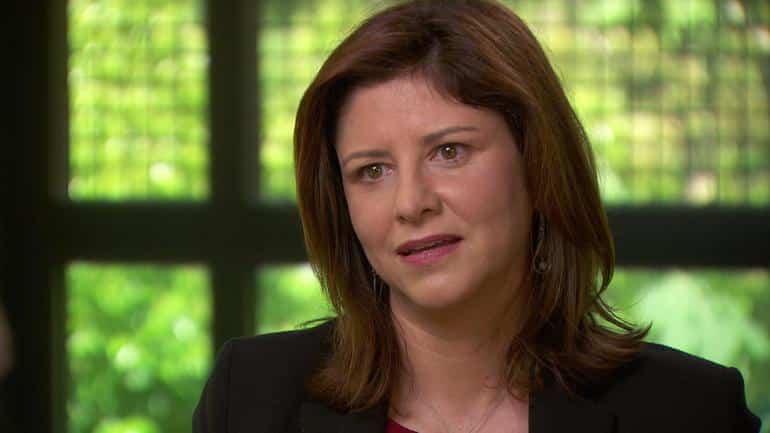 Kwibi somehow pulled through and developed into a massive mature gorilla with his own territory. Not only was he much older and stronger than when Damian saw him last time, but he was able to attack Damian if he felt vulnerable.

7. It was Time to Meet Kwibi Once Again! 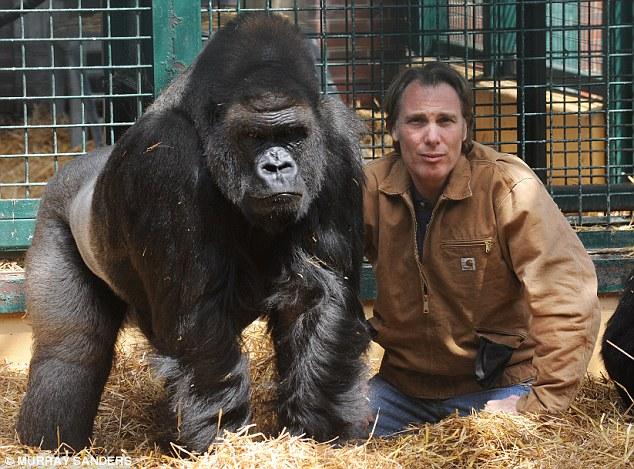 Nevertheless, Damian discussed the plan with his family and they eventually agreed to visiting Kwibi one last time. Damian was doubtful, in fact convinced that the animal will not remember him after so many years. 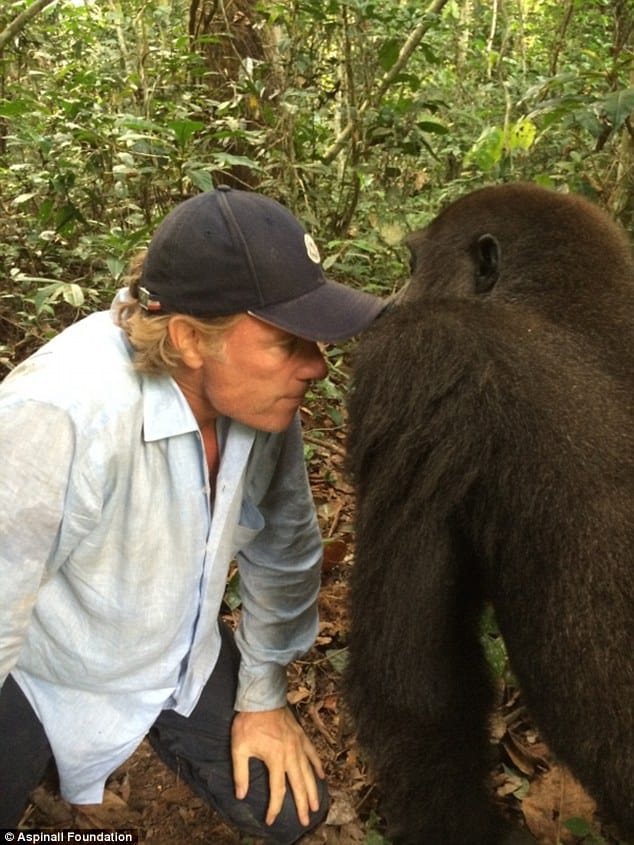 On top of the supposed reunion, Damian and his crew had to spend a long time to find Kwibi in he dense forest. It was not an easy job. The team cruised up and down a forest river many times, where Damian would emit a specific call that he used with Kwibi while he was at Howletts.

5. At One Point, Damian Almost Gave Up 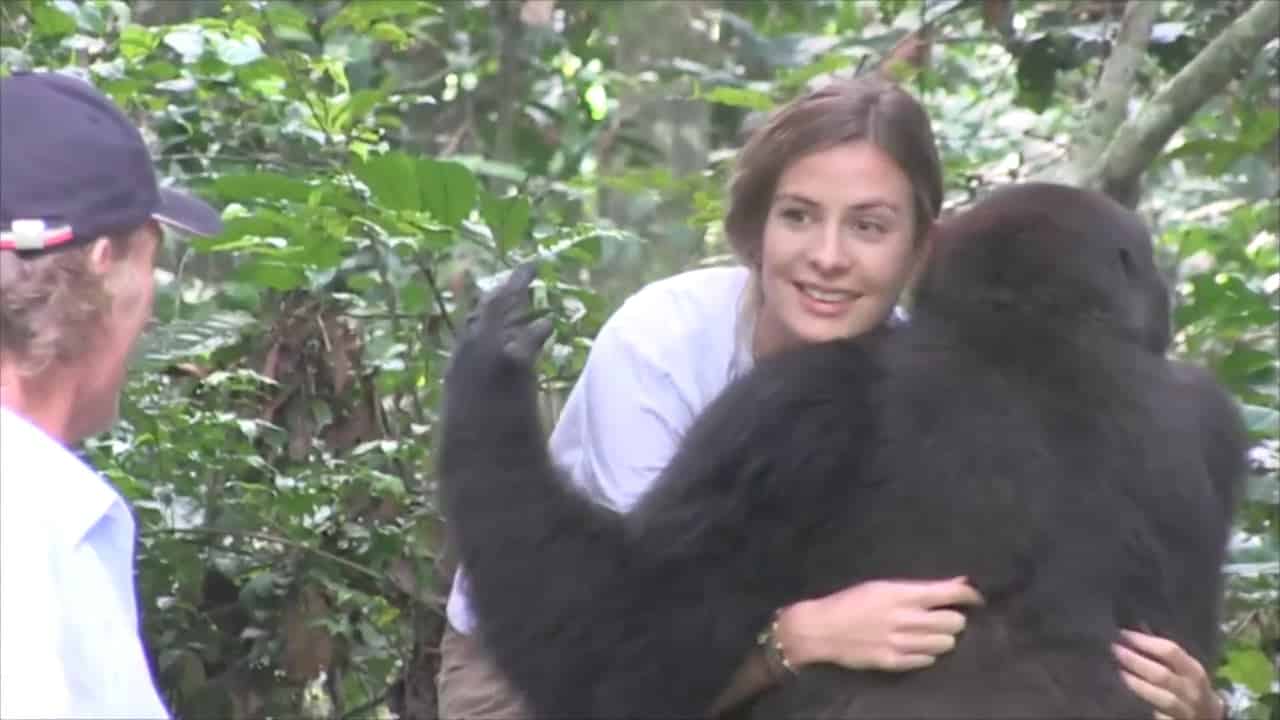 Eventually, just when Damian was about to go back, Kwibi showed up at the bank out of nowhere to meet Damian. He presumably heard that call and decided to show up to see Damian. 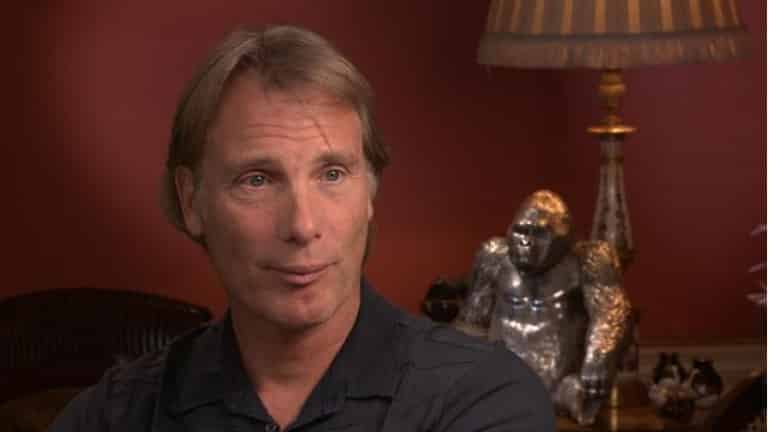 Damian slowly moved towards Kwibi and sat with him for a while. Eventually he fed him some leaves with his mouth. The moments were captured to show the entire world an unbreakable bond between a man and a primate. 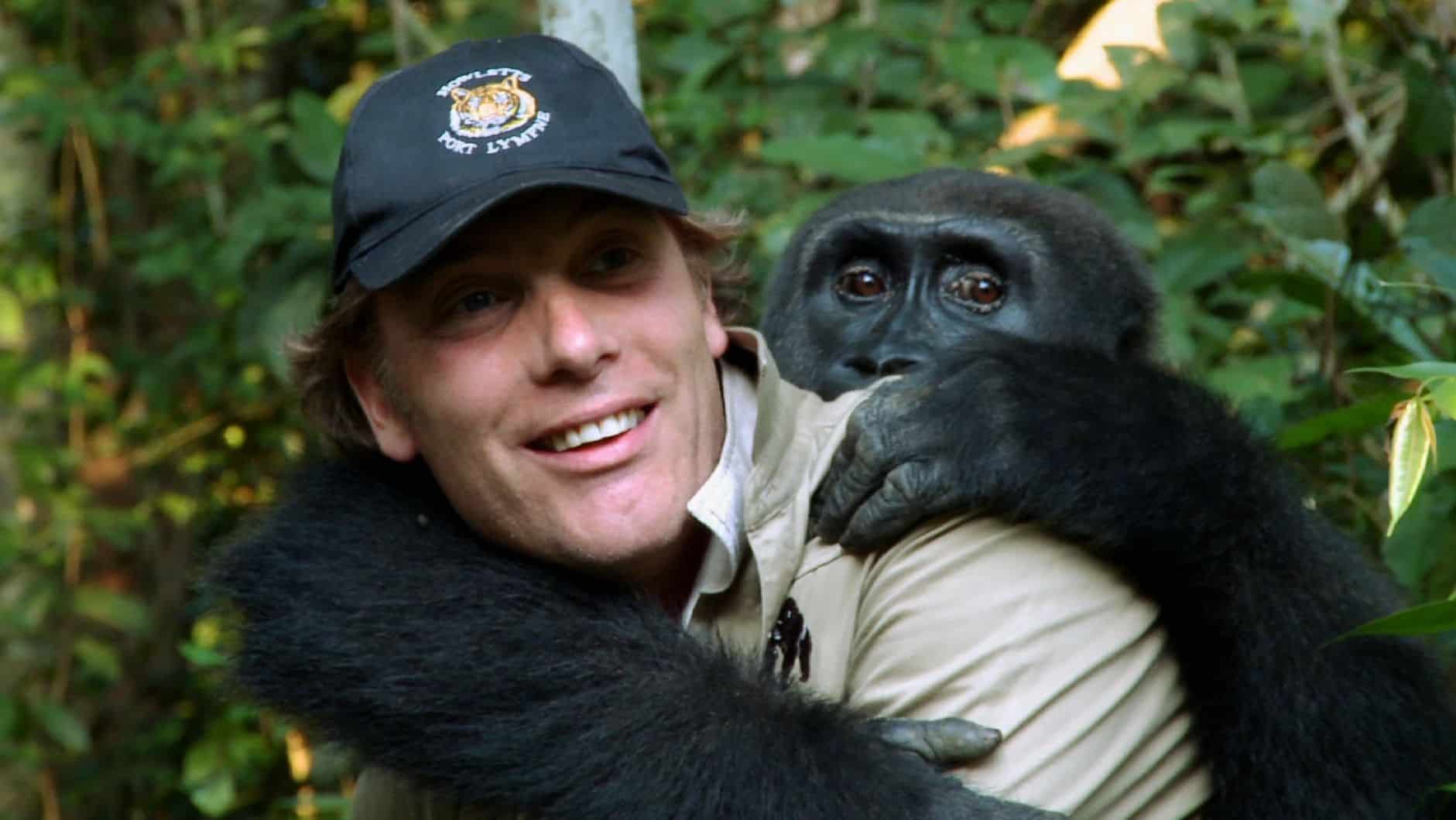 When it was time to go back, Kwibi held on to Damian in sort of a piggyback style. It was only when Kwibi felt hungry that Damian saw an opening and slowly left.

Somehow Kwibi followed Damian back along the shoreline. He spent all night on other side of the river bank to meet Damian again. When the crew woke up in the morning, they were startled to see Kwibi standing on the opposite side of the river, waiting anxiously for Damian to show up. 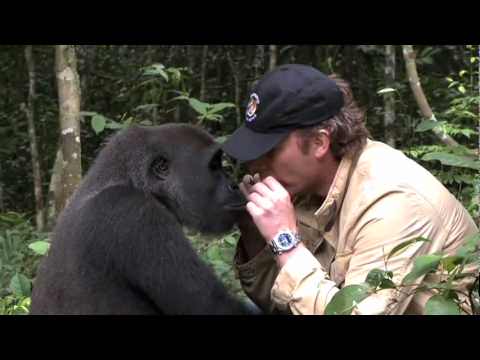 It was another emotional moment where Damian sailed across the river and embraced the gorilla once again. Who would have imagined such a powerful reunion? 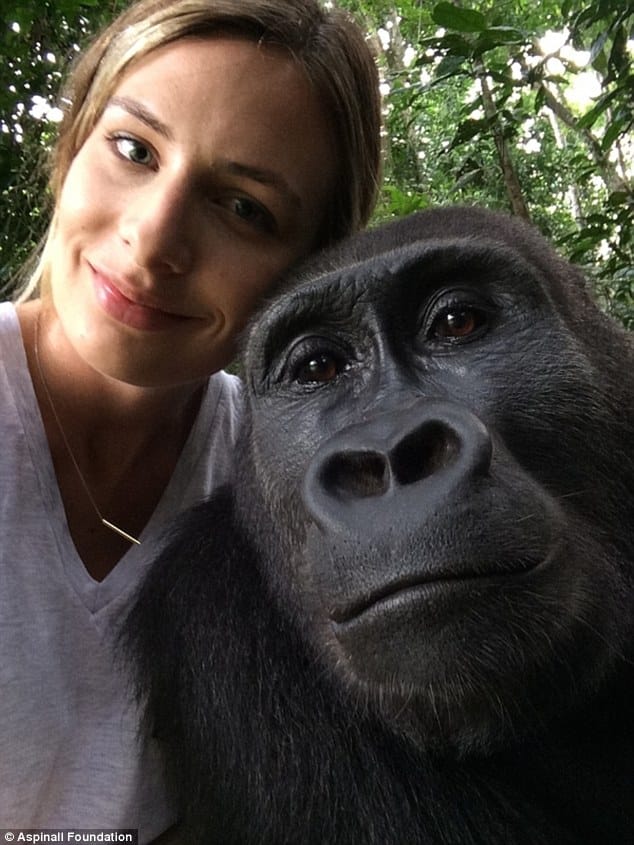 It goes without saying that the gorilla’s bond with his former caregiver transcends all boundaries. It was heartening for Damian to part ways with Kwibi, but he knew that whenever he’d be meeting the gorilla the next time, he will be received with same sense of love and affection.