Fisherman Sees Whale Approaching The Shore, Then He Notices Something Strange

A fisherman was out on the local beach in Chile when he spotted something strange coming up to shore. He quickly noticed that a giant whale had managed to wash up on the shore. So him and a bunch of strangers banded together to save its life! 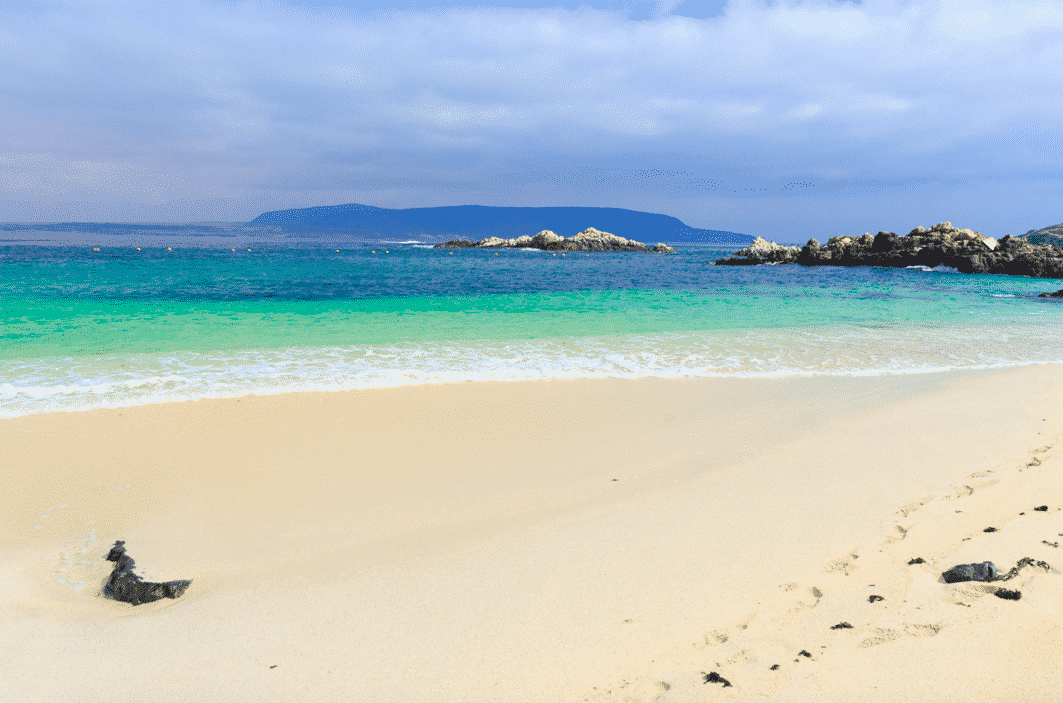 A local fisherman in Chile was heading out to the beach to get started on his day. Everything was going as planned until something very out of the ordinary happened. 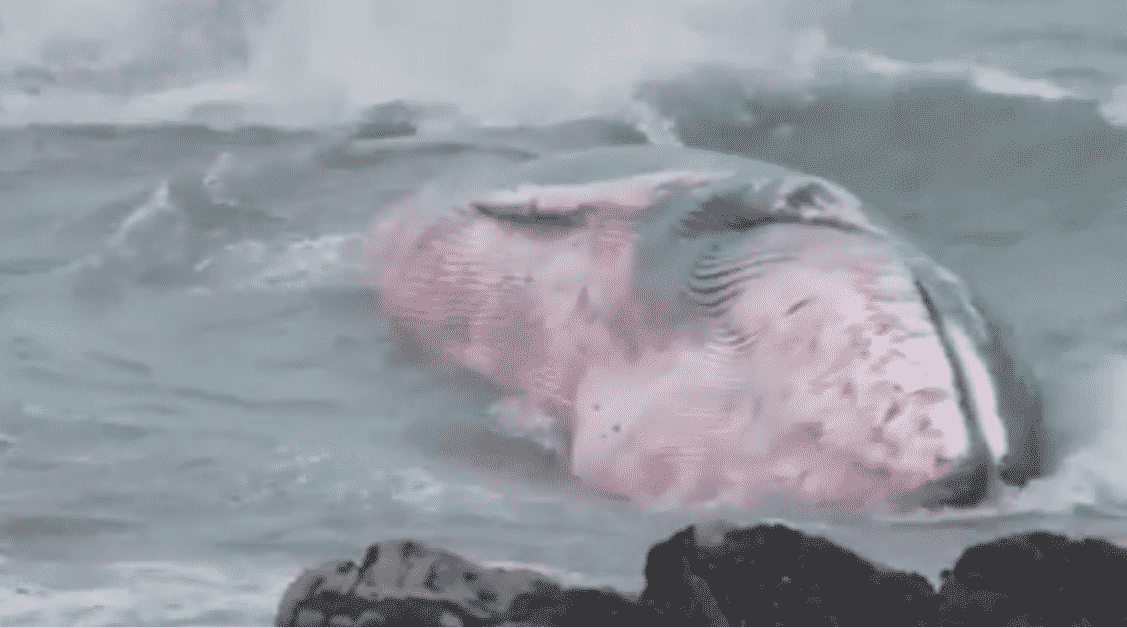 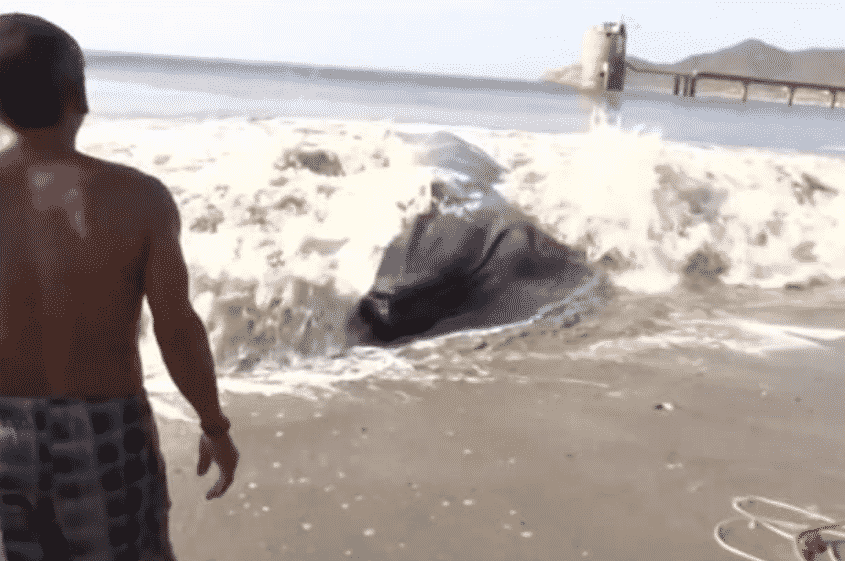 Soon the fisherman noticed that the whale had become washed ashore. It happened to be a minke whale, which happen to be enormous in size. You won’t believe just how big this whale was! 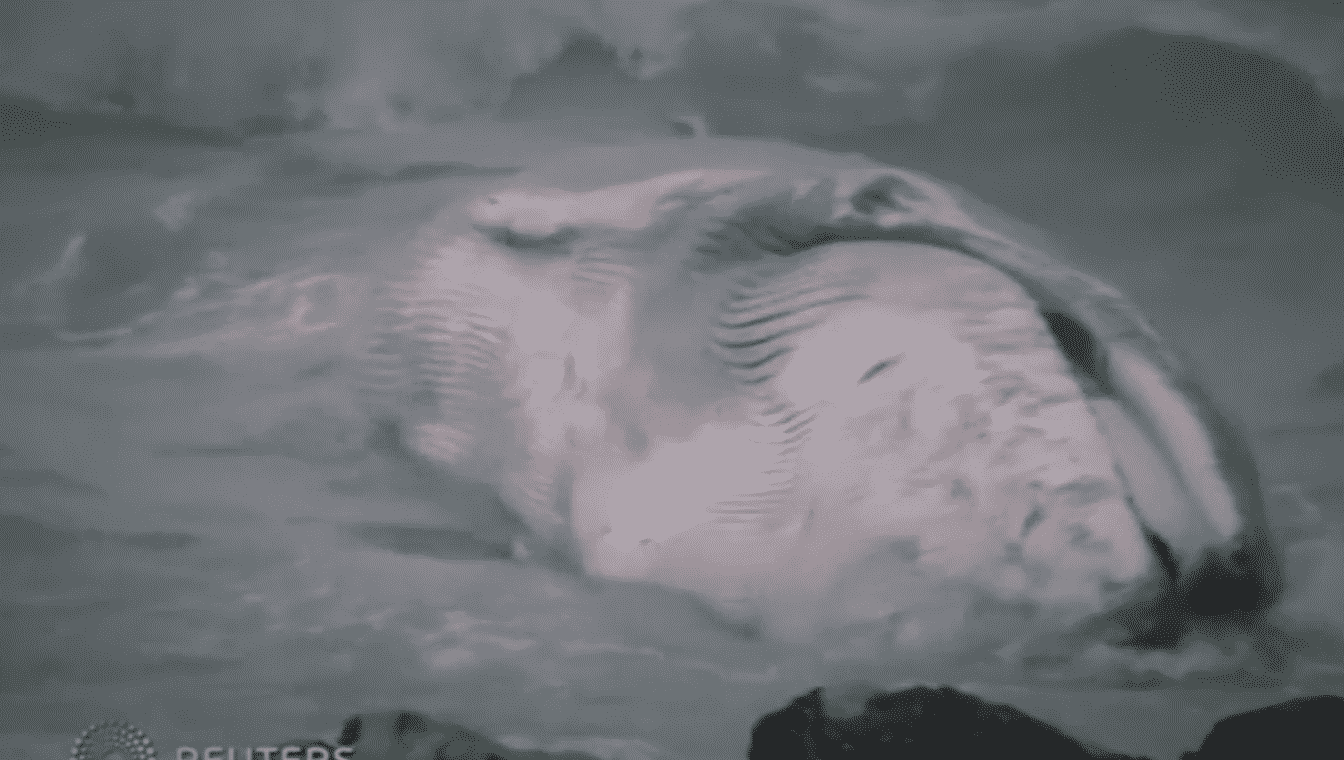 The minke whale that washed up on shore was enormous, to say the least. The whale was roughly 40-feet-long and weighed 17,000 pounds! The fisherman knew that he alone couldn’t help this whale out. 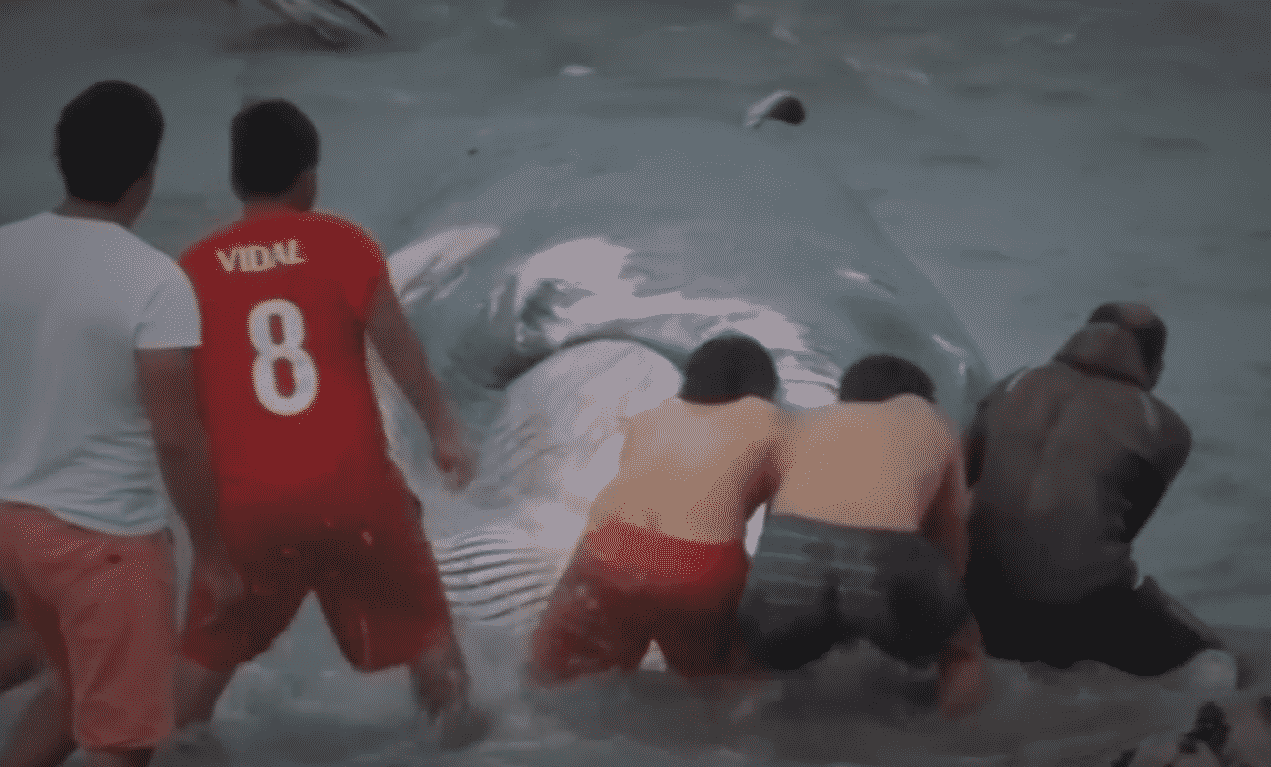 The whale’s chance of survival was looking very slim. That’s when the fisherman and a bunch of strangers banded together to help out. It was an amazing group effort! 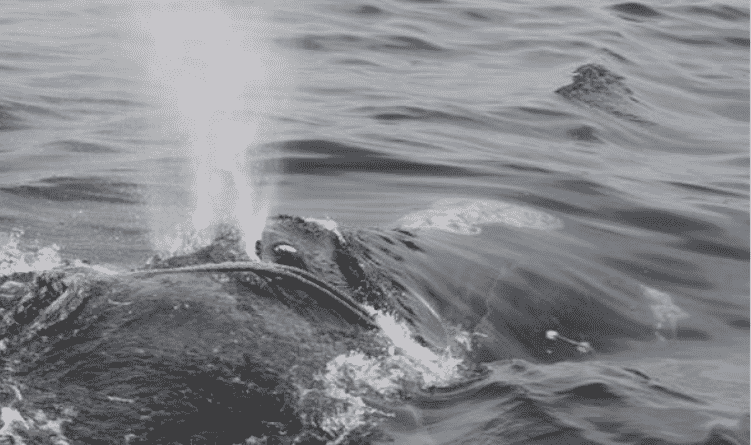 “We were helping the whale, to give it a new life since it got beached here, on the shore. All the ships in the area, the shellfish gatherers, we worked together to rescue it,” the fisherman explained. 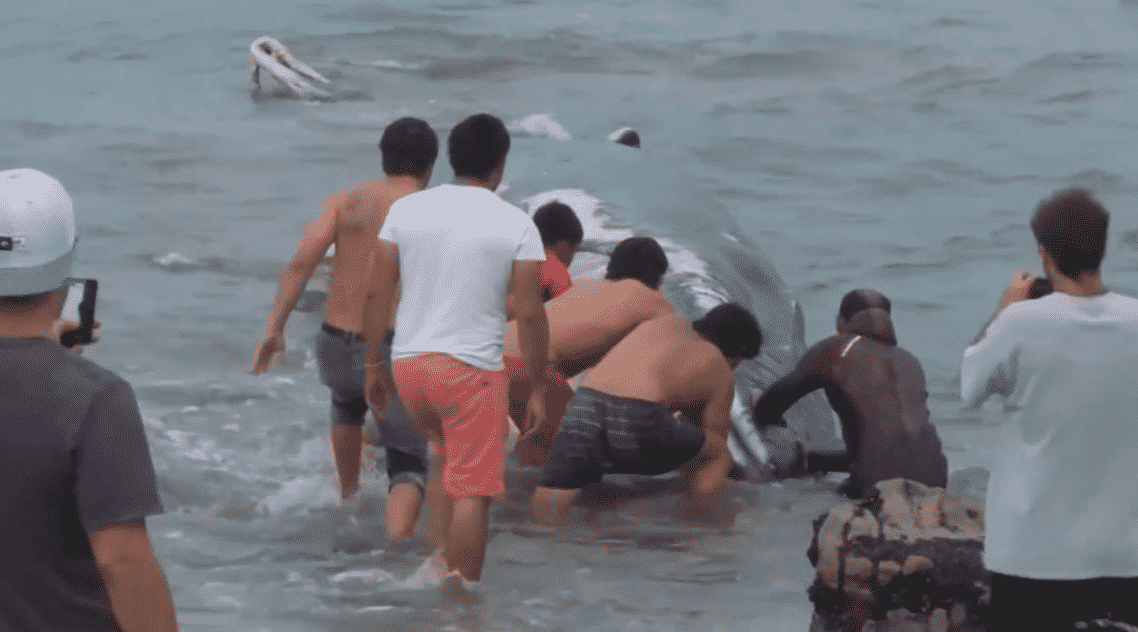 “We tied some ropes around it. It was a bit of a struggle but we were able to do it, to hook her and get her out and, as you can see, she is at sea now,” said fisherman, Alfredo Bustos. 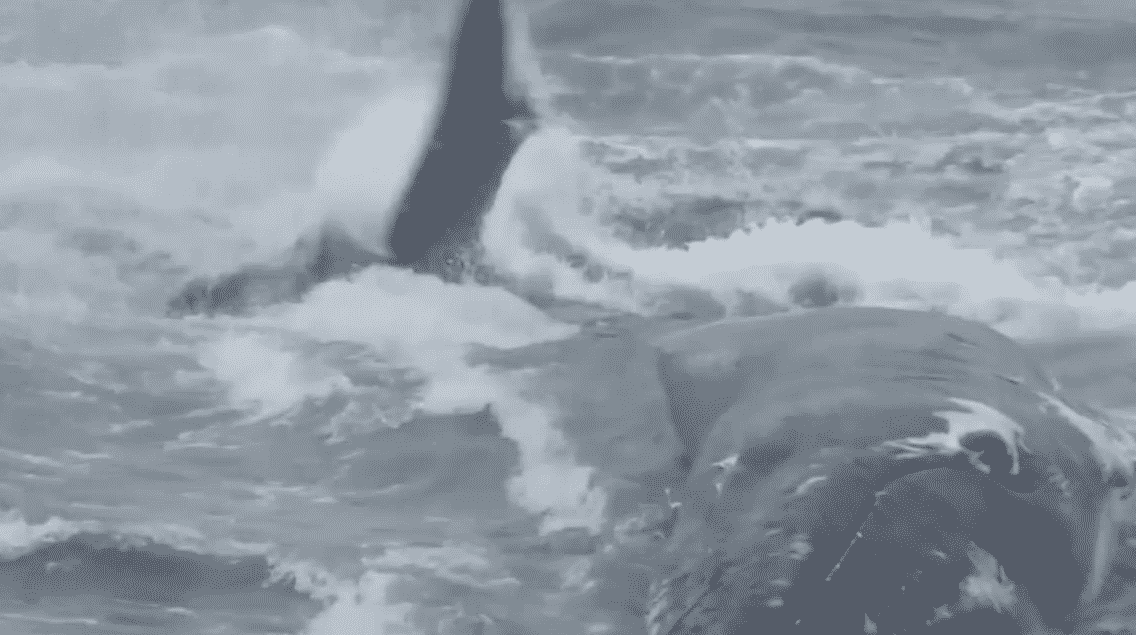 Eventually, after much diligence and hard work everyone was able to get the whale back into the water. As soon as she was fully submerged she swam off into the Pacific Ocean, happy to be back in the water where she belonged. 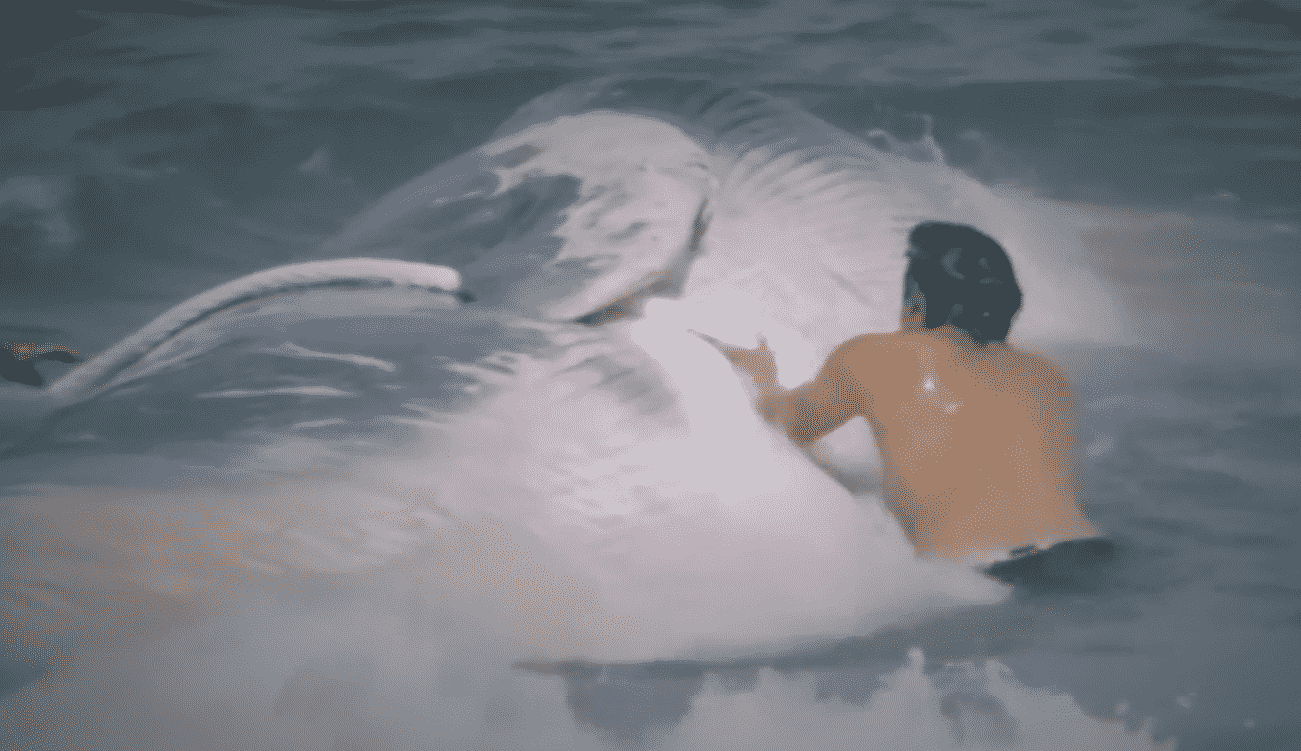 According to Reuter, it is very rare for a whale to be beached around this time in Chile. Whale season in South America is around December to March. This is when the mammals are migrating to warmer weathers. 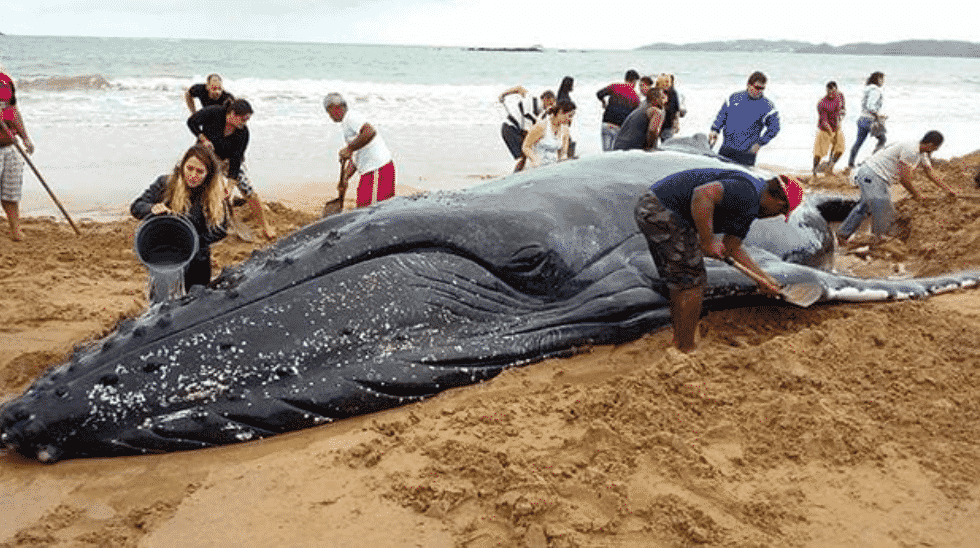 It is amazing what a group of people can manage to accomplish together. Recently, another very large whale managed to get washed up on shore. This time, it took an even bigger team to help out… 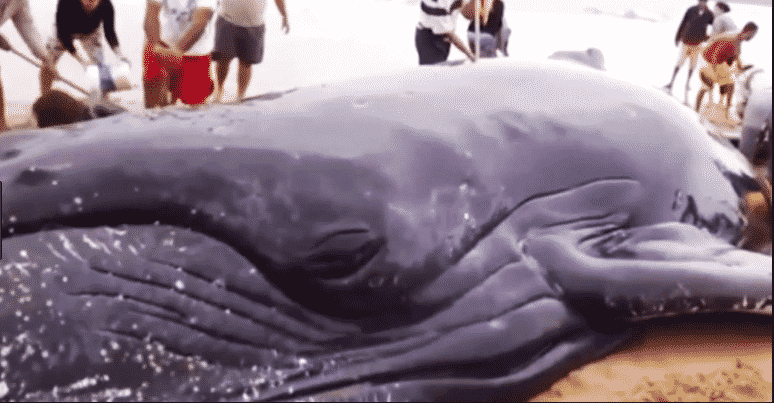 A large humpback whale found itself washed up on the sandy beach of Praia Grande in the eastern Brazilian state of Rio de Janeiro. People that were on the beach quickly noticed the dangerous situation and banded together to help out! 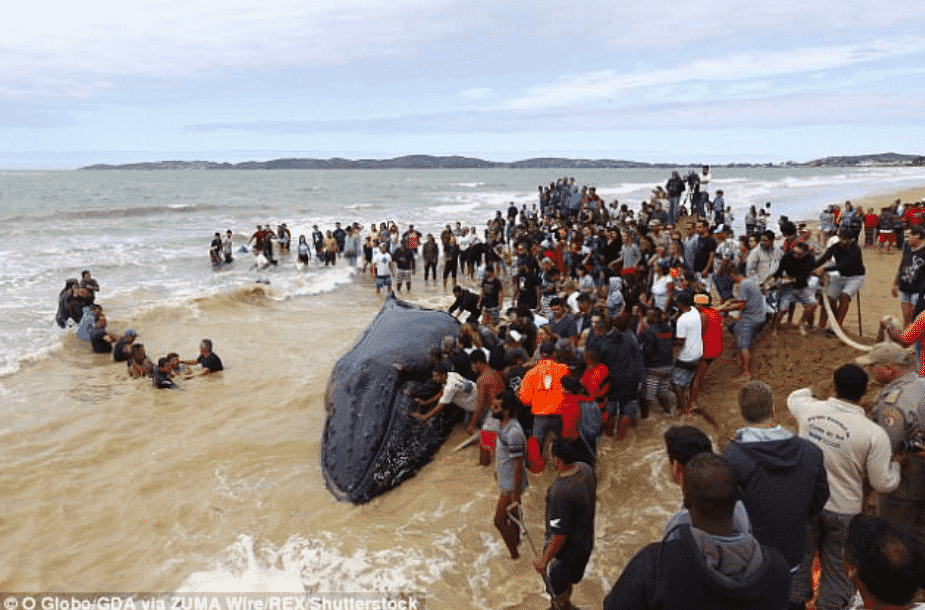 A team of 30 firemen, scientists and volunteers banded together to help the whale out. Together all of them made use of buckets and soaked towels to keep the whale wet. The other volunteers helped by using a digger to move it back into the water. 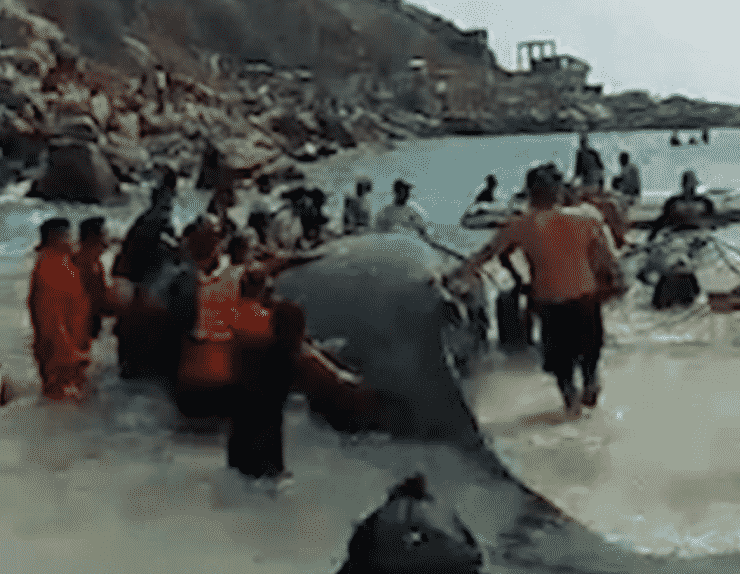 Everyone was dedicated to this very serious mission and it was far from easy. It took the team around 19 hours to finally rescue the whale. It was an exhausting mission – so were they successful in their attempt? 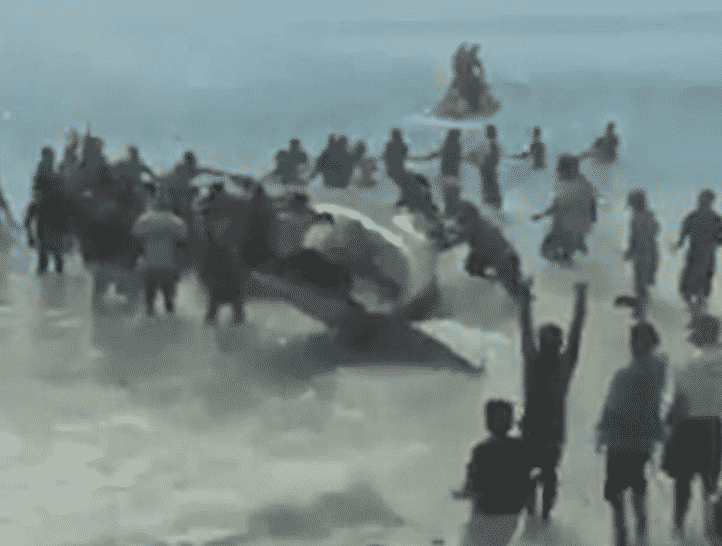 Mauro Russo, an officer of the Environmental Guard, was taking charge of the rescue operation. He told the media, “She was dragged into the water by a fish boat and a touristic boat. She was fine and was seen swimming into the deep sea after she managed to get out of the sand.” 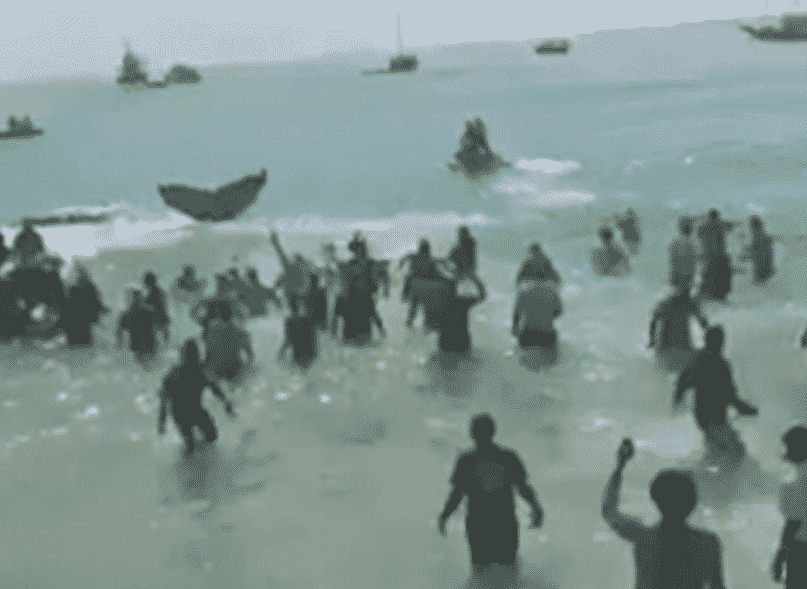 This has been the fourth whale rescued from the Brazilian state beach since August. The other whales were also humpback whales and were all smaller and younger. The number of beached whales has become concerning. 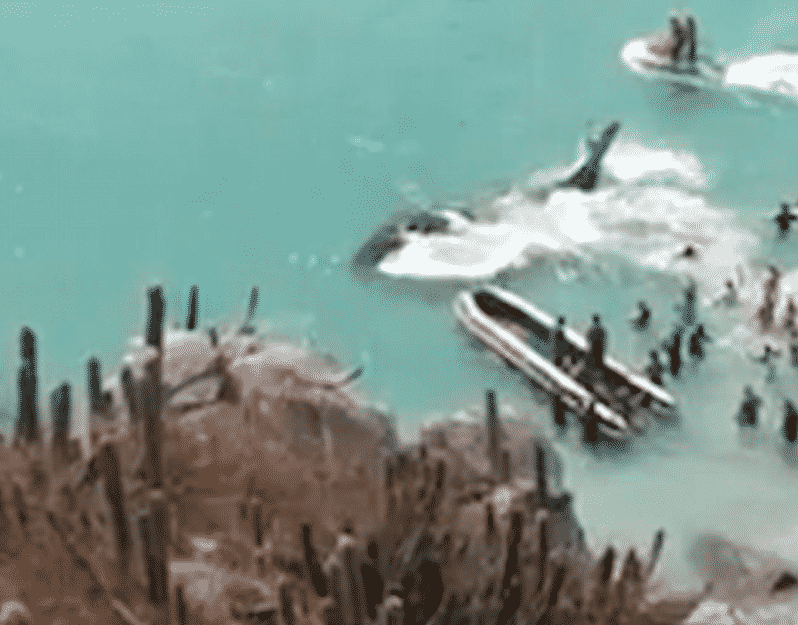 According to the Yubarta Whale Project, there have been around 97 stranded whale occurrences between January and September in Brazil. This has been quite a shocking number as it is the highest its ever been since 2002. 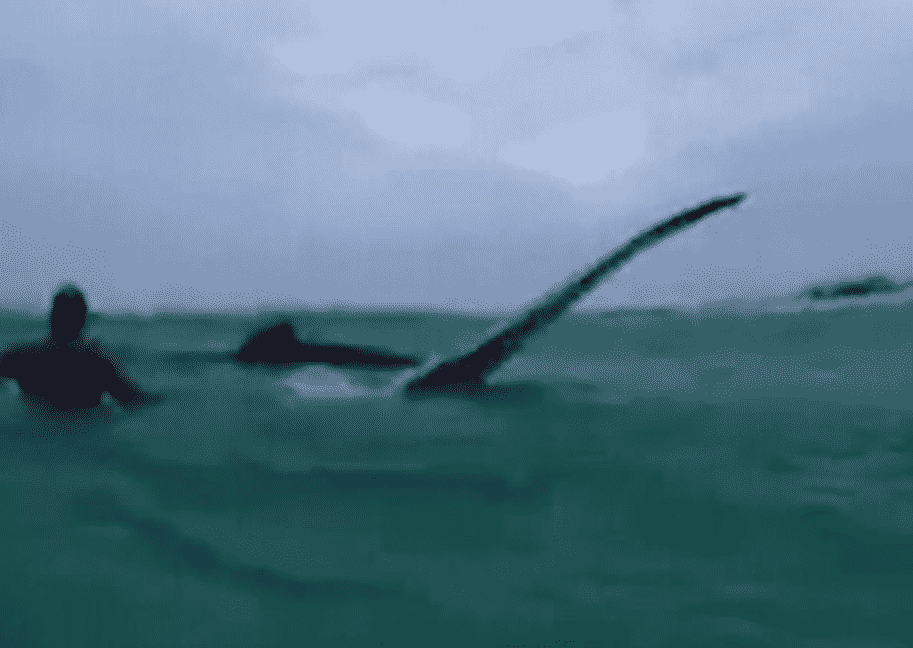 So what is the cause behind so many stranded whales? According to the Yurbarta Whale Project, there has been an increase in whale populations. However, this has also led to a decrease of the krills that they eat. 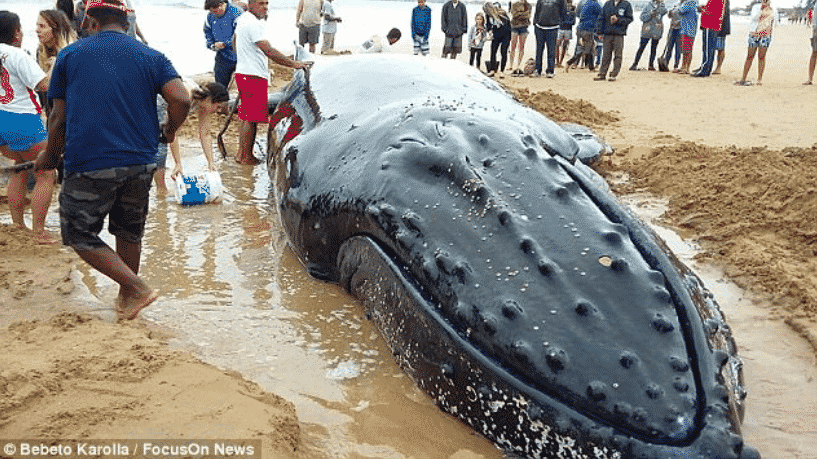 According to Milton Marcondes, the coordinator of Yubarta Whale Project, many of the whales end up dying in the sea due to a lack of sea. They are then dragged out onto the shore because of the current. 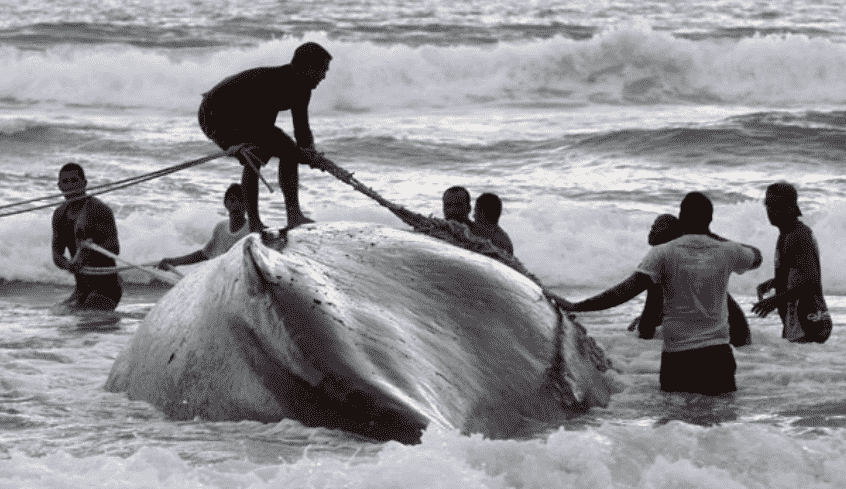 Luckily for this humpback whale, a group of volunteers were dedicated to rescuing its life. Now she is happily swimming off in the ocean with a second chance at life. 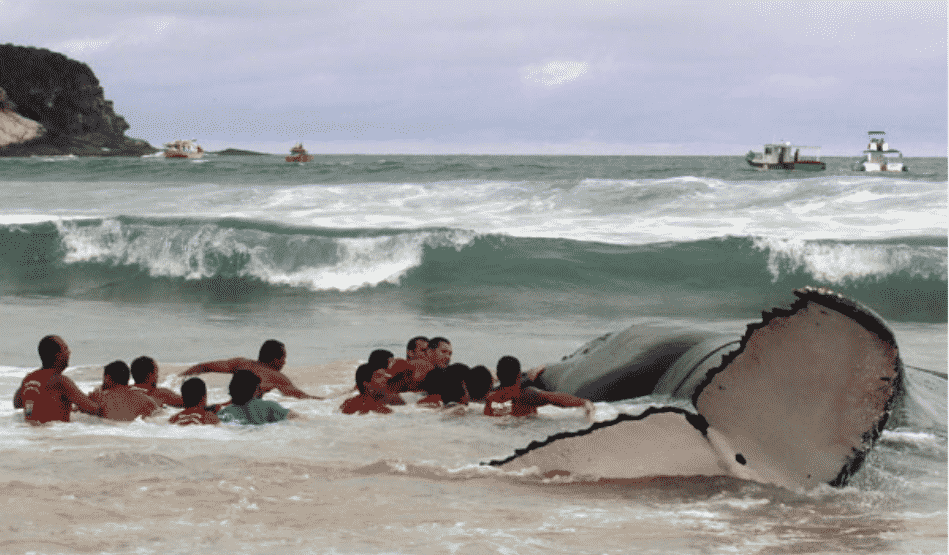 It is so encouraging to know that there are such amazing people out there willing to help out when they can. Thanks to these good Samaritans, these two whales have been able to go back to their lives in the ocean.