Can you guess what makes this sweet pot belly pig so special? Well, besides his good looks, Chowder has grown up with tons of canine siblings and now he thinks he’s one too! You’ll be blown away by this story of a pig that behaves just like a dog. 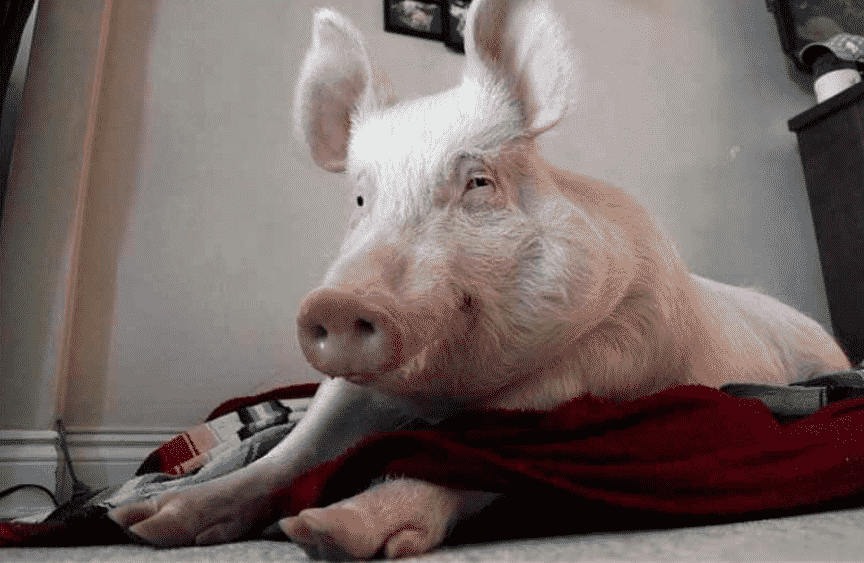 Meet Chowder, a five-year-old Vietnamese pot-bellied pig. Chowder was adopted by his owner Shelby Madere when she saw a Craigslist ad posted. The ad stated that his current owners didn’t have the time to raise a pig. 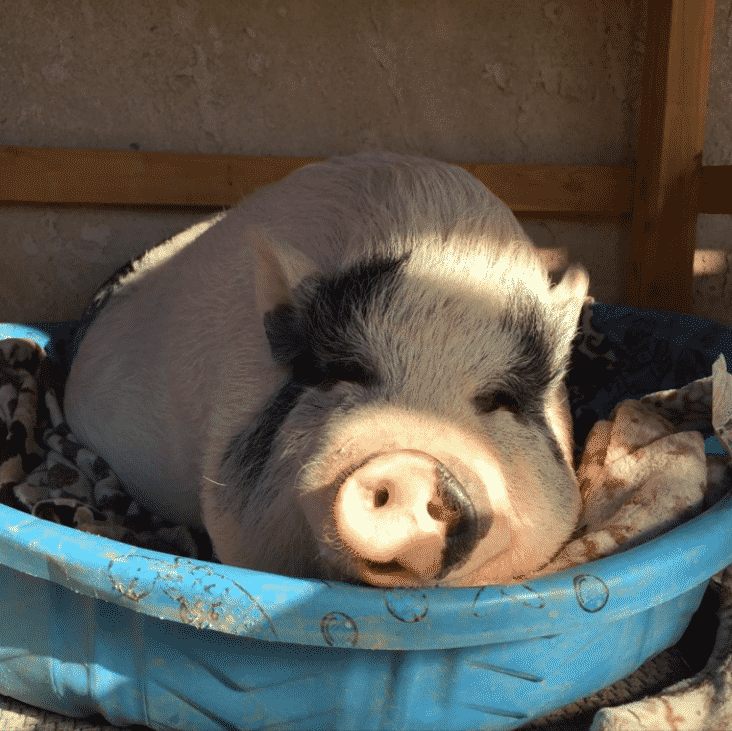 As soon as Madere read the ad she “jumped immediately at the chance to give him a wonderful life.” Madere quickly went over and brought Chowder home with her. However, he wouldn’t be coming back to an empty home. 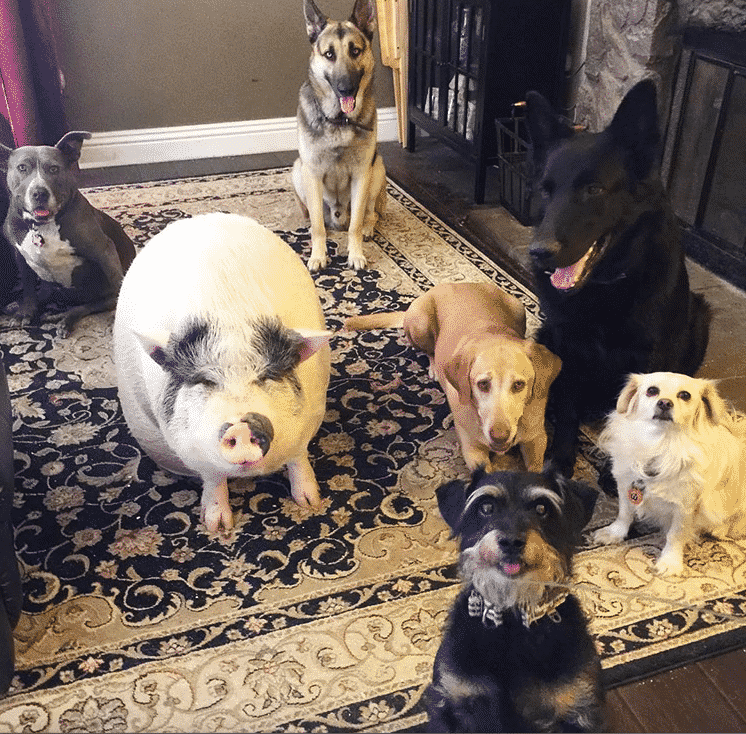 When Madere brought Chowder back he was greeted by a posse of pooches! You see, Madere already owned five other pets. They all happen to be rescue dogs. 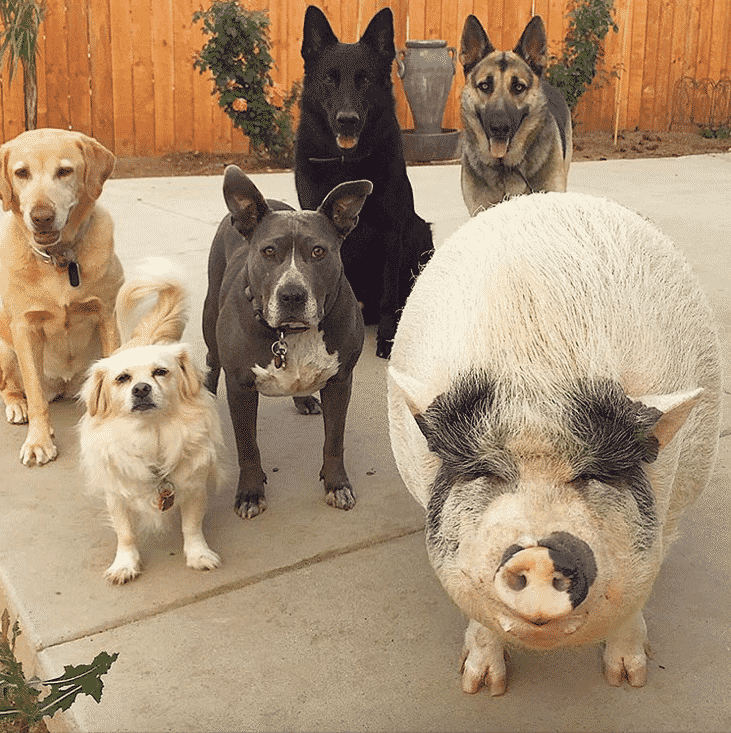 Madere happens to have a full house with her five rescue pups – James and Bashe the German Shepherds, Aanya the Pit Bull, Slicky the Pomchi and Rika the Labrador. So would the dogs accept Chowder as one of their own? 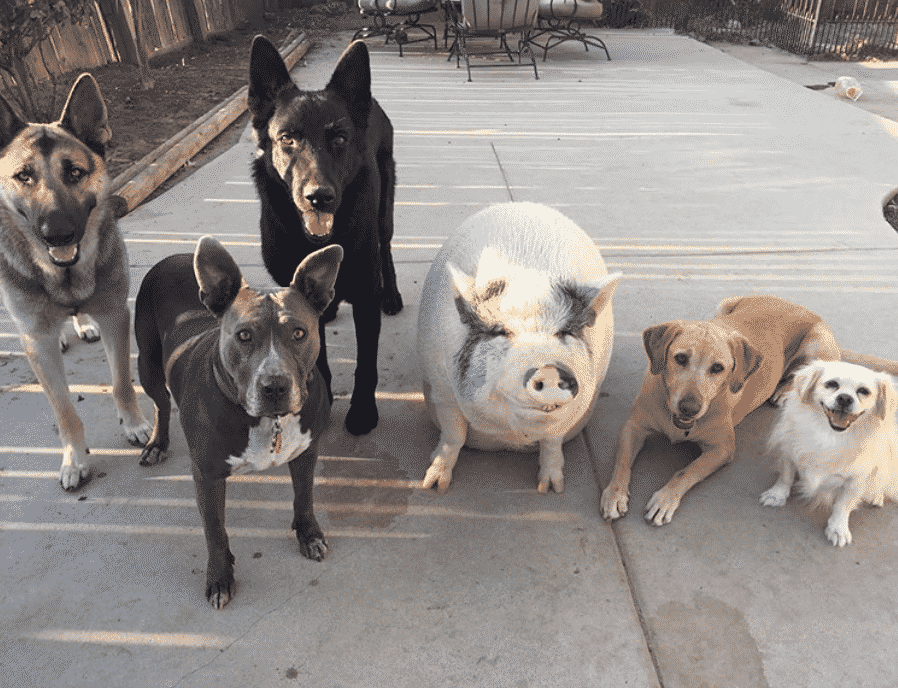 It wasn’t long until Chowder became a part of the puppy crew. The pup’s absolutely adore him and he loves them back just as much. They have a great time when they’re together. 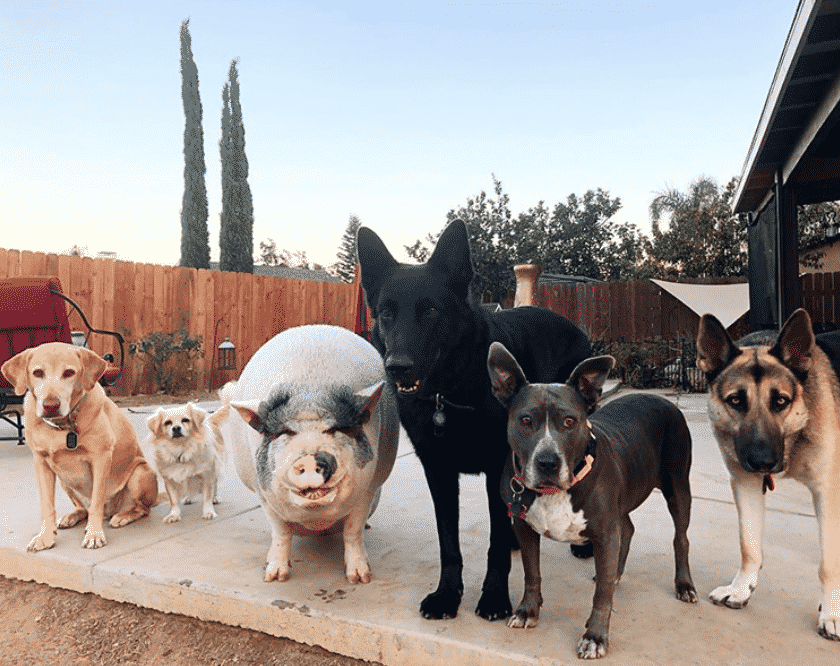 Shelby is incredibly happy that Chowder has managed to make his way into the dog group. “They are my sanity, they are my happiness, they are my joy. When life gets too heavy, they are my peace,” Shelby says. 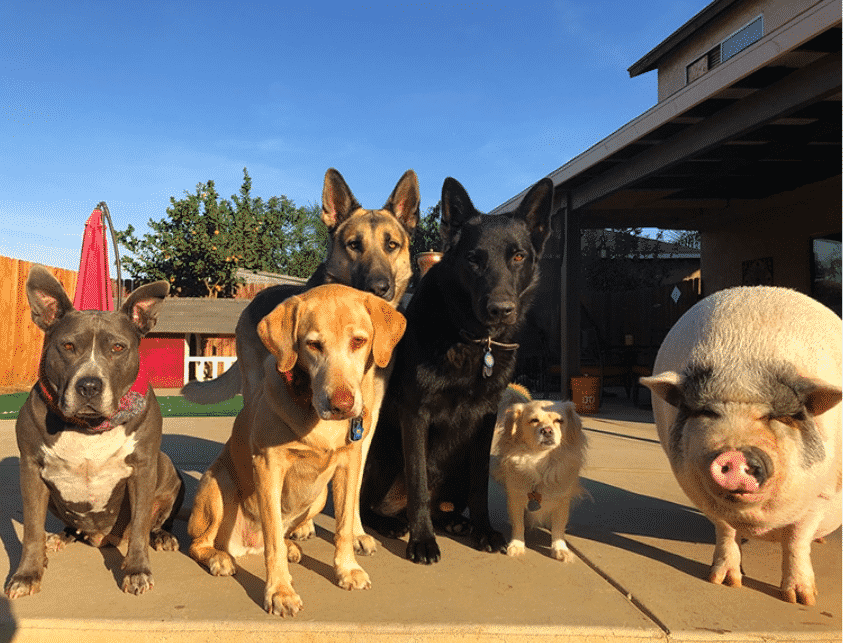 To the dogs, Chowder isn’t a pig or an animal that is different from them. To them, Chowder is their brother and that’s exactly how they treat him. In turn, Chowder has begun to see himself as a dog! 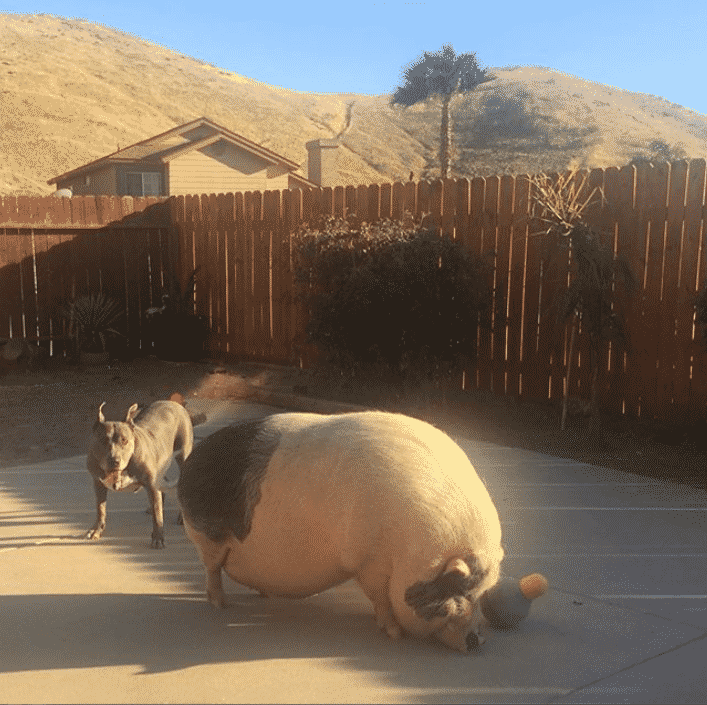 Chowder has really begun to embrace his inner pup! He loves to fool around with his canine siblings and has begun to pick up on some of their habits. Madere think it’s absolutely hysterical. 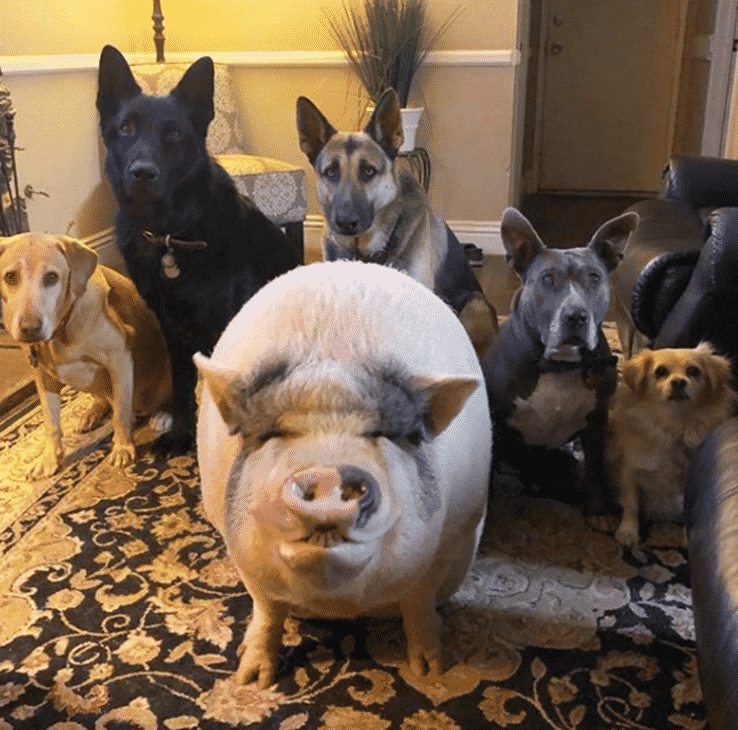 As a self-confessed vegan and animal lover, Shelby has decided to share updates of her life with the gang on social media. On her Instagram account @piggypoo_and_crew, she shares photos and videos from her everyday life. 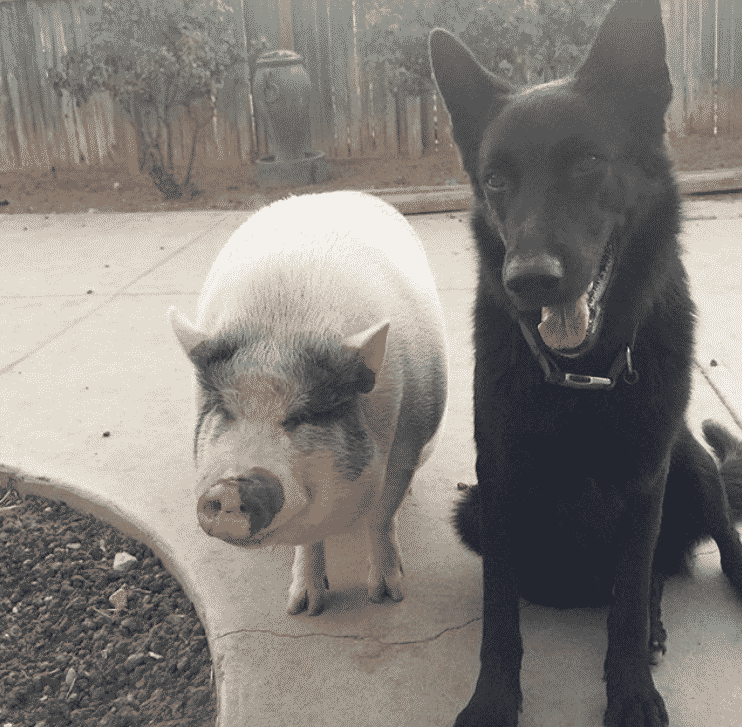 Shelby has managed to rack up quite a following with 55.8k people interested in Chowder and the gang. Many people have asked Shelby tons of questions on Chowder and what it’s like to raise a pig. She has been kind enough to answer. 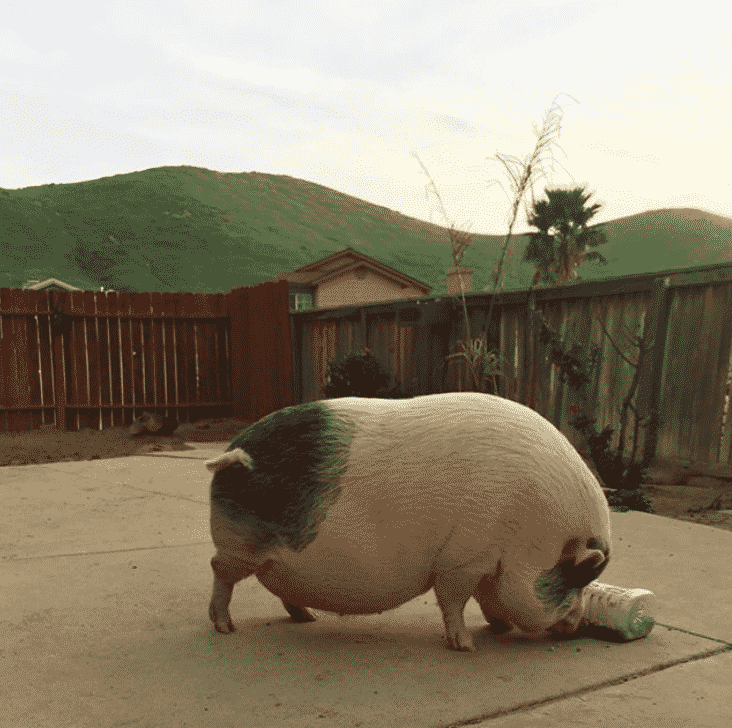 “His most favorite thing to do is work on his busy bottle,” Madere said. “It’s a plastic bottle that I made for him; it has a hole in it and I usually put Cheerios or popcorn inside and he is able to get them out by maneuvering it! He delights in that; it keeps him very busy, and a busy piggy is a happy piggy!” 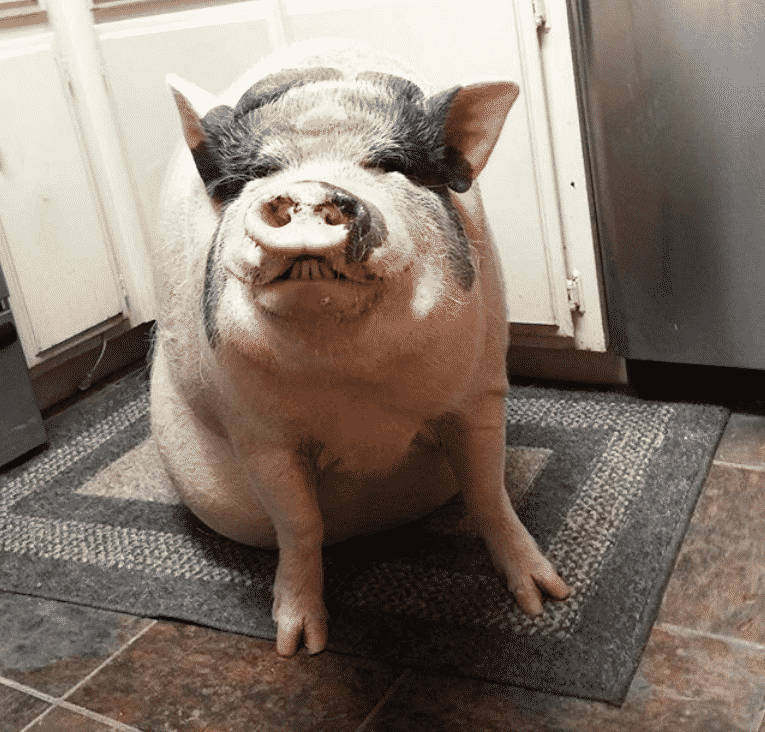 Madere also made sure to specify that dogs and pigs have completely different needs and personalities. A pig happens to be more demanding than a dog. Especially in terms of mental stimulation. 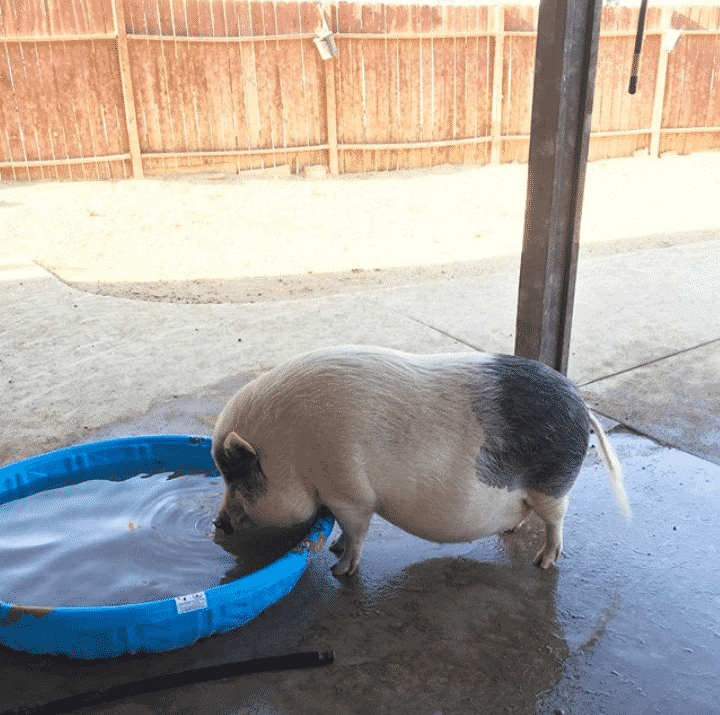 “Pigs must be challenged and given games, or they can become depressed if not mentally stimulated,” Madere shared. “What I wish people knew more about pot-bellied pigs is they’re more of a two-to-three-year-old child, rather than a dog. They’re demanding, and moody.” 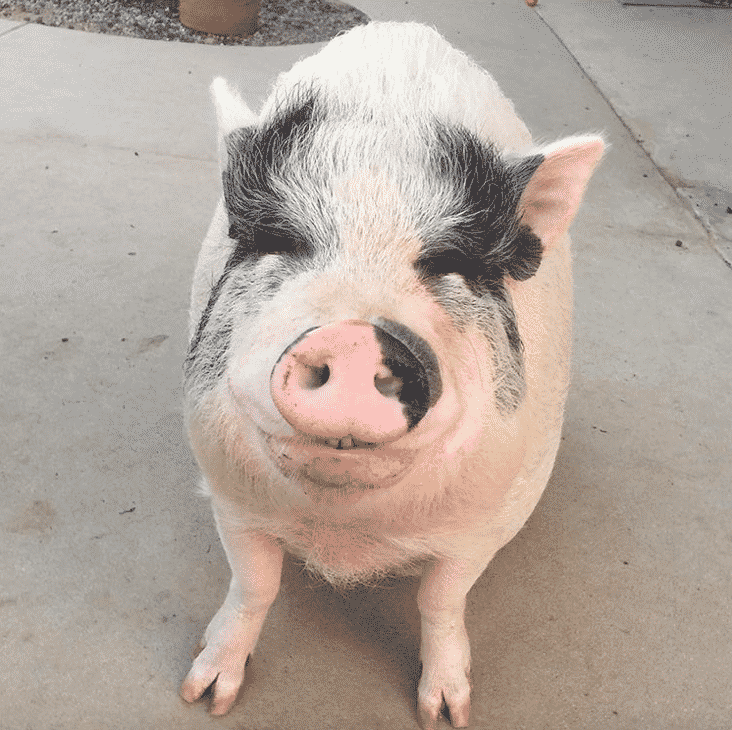 Madere has also stated that pigs are as intelligent as people say they are. This means that they can be quite observant and will pay attention to things that dogs won’t. 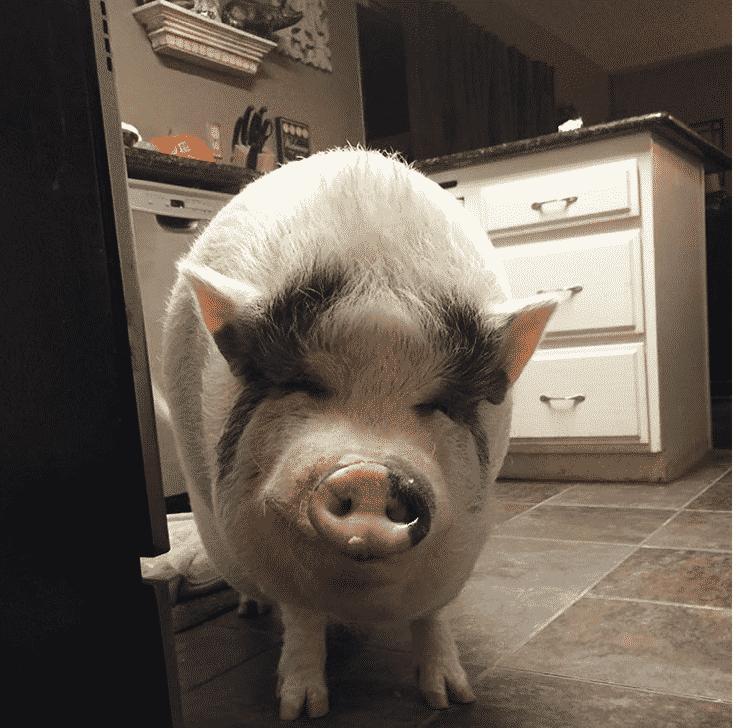 Since pigs are much more observant and smarter, they are in need of an owner with the time and dedication to give to them. Madere points out that having a pig is not low maintenance at all. This is important information for anyone looking to adopt one. 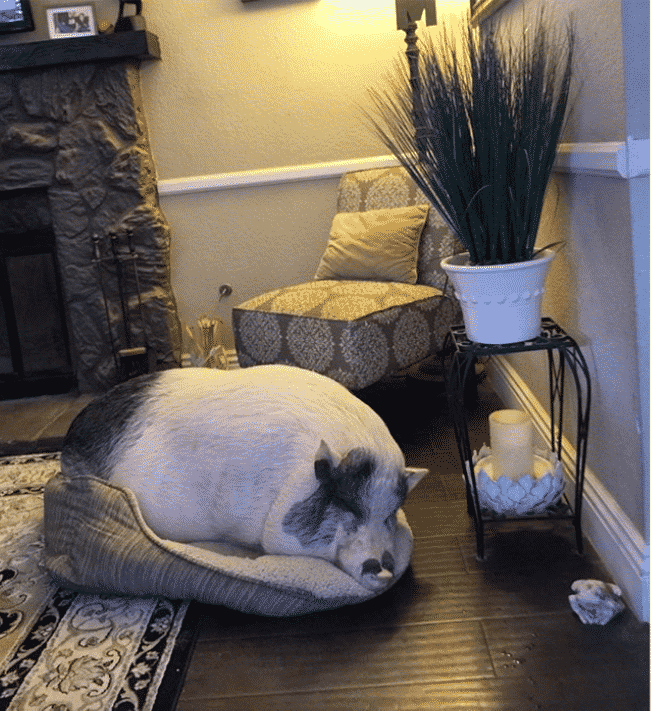 “They’re smart and will challenge you during their growing up process,” Madere said. “They require someone who is willing to be devoted, patient, and willing to love them at any stage of their lives. They’re very sensitive and observant and they understand forgiveness, hate, and love.” 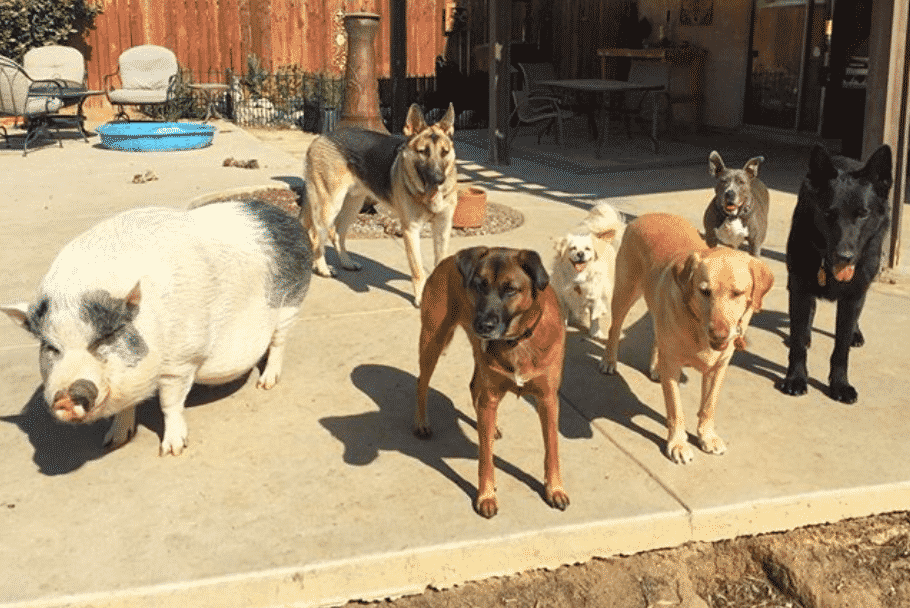 Madere also stands behind adoption and believes that all animals should be adopted instead of buying. “The best thing about adopting over buying is that you’re saving a life and giving an innocent precious animal a life of hope and love and joy, the same as any human desires,” Madere said. 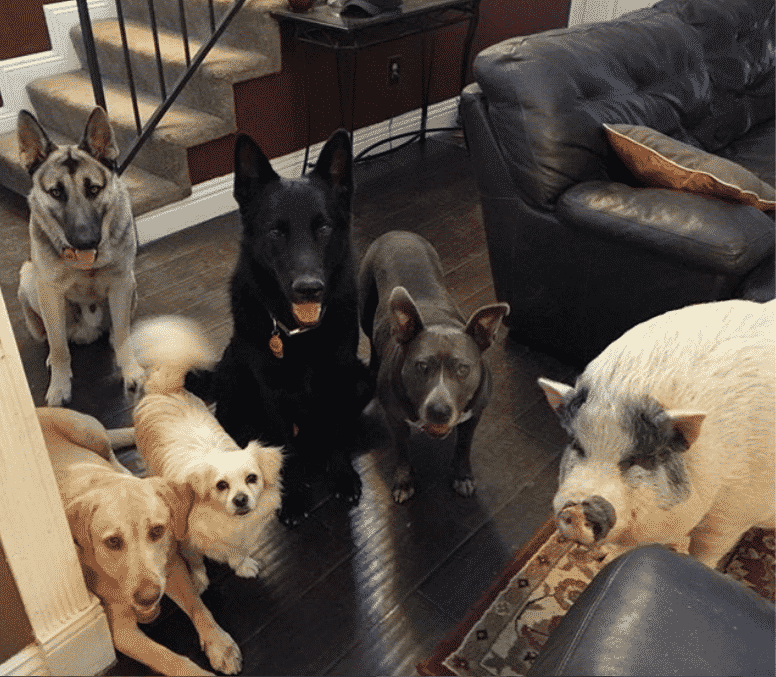 “When I look at my ‘Crew,’ I see the reflection of who I am in them. Their happiness, their safety, and their health. Their whole lives rely on me, and I will never ever let them down,” Madere said. 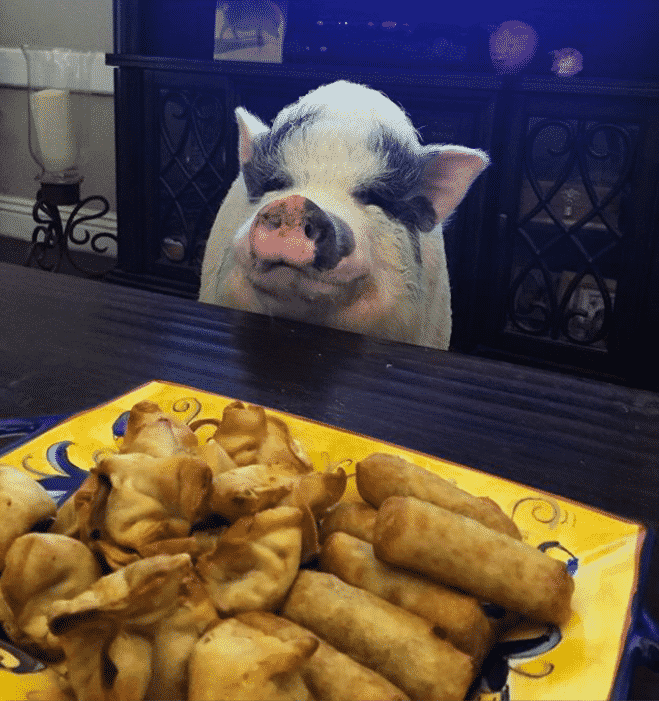 It certainly seems that Madere’s crew is thankful to her for their second chance at life. They all seem to be incredibly happy in their home with each other. 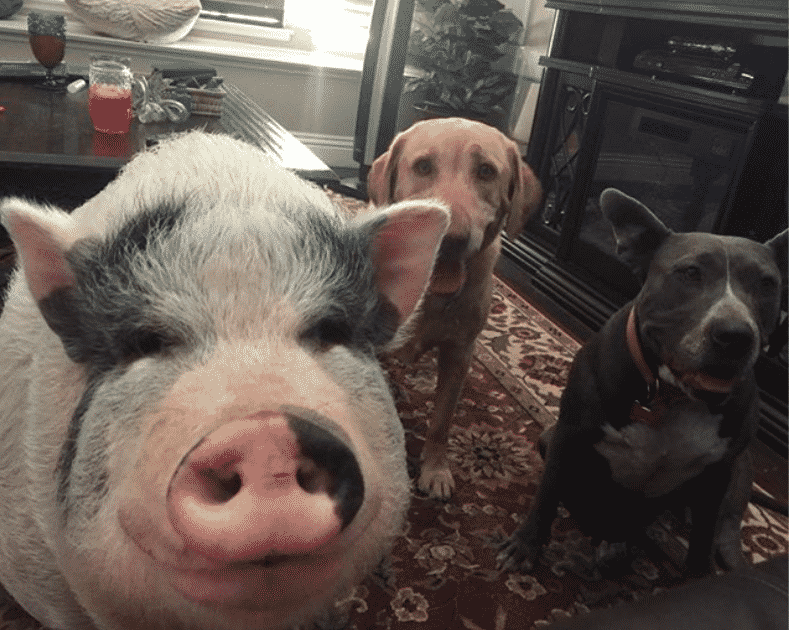 Chowder especially has found himself a great crew of siblings to surround himself with. This crew is definitely one-of-a-kind and that’s what makes their and even more special.