Sometimes, having a tight schedule can feel like a burden. But this counselor at a junior high school in Texas is very happy to go to work every morning. She even goes on summer holidays, but only to complete a different task: see her furry friends and feed them.

Crystal Hurta goes early to school every day to help her students. But part of her routine in the morning is also to feed the local squirrels. Wait until you hear her story! It will melt you to the core!

20. Check Out the Window 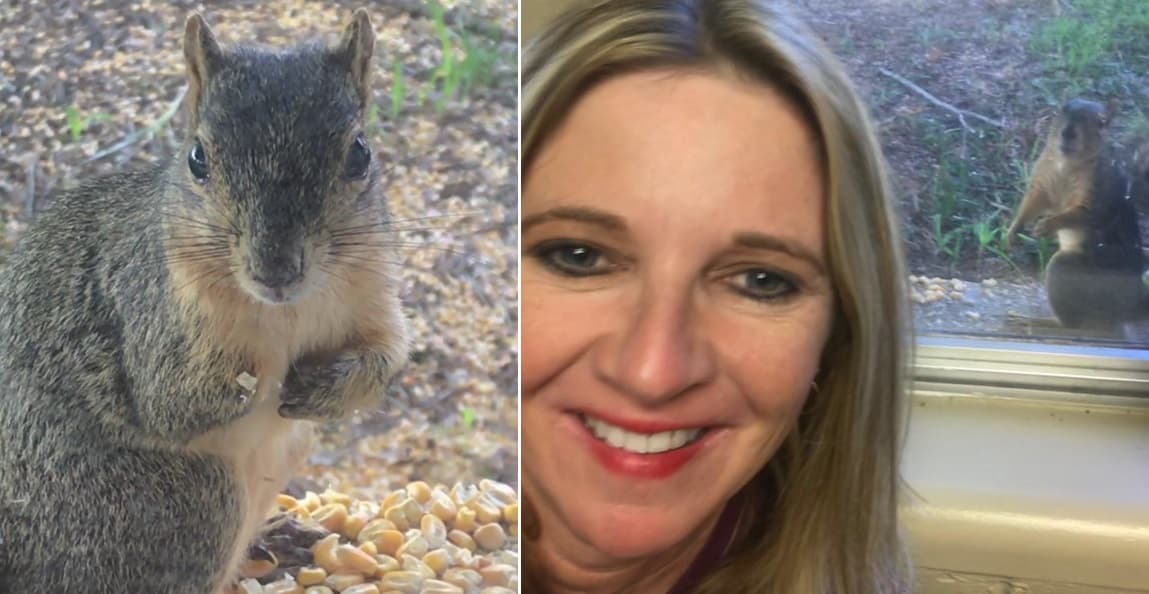 Hurta’s morning is a bit different for the last three years. She said that her ‘office window points out to this huge tree and we have a ton of squirrels.’ She saw a special squirrel, who needed extra help to survive. You won’t believe what she did!

19. She Noticed a Squirrel 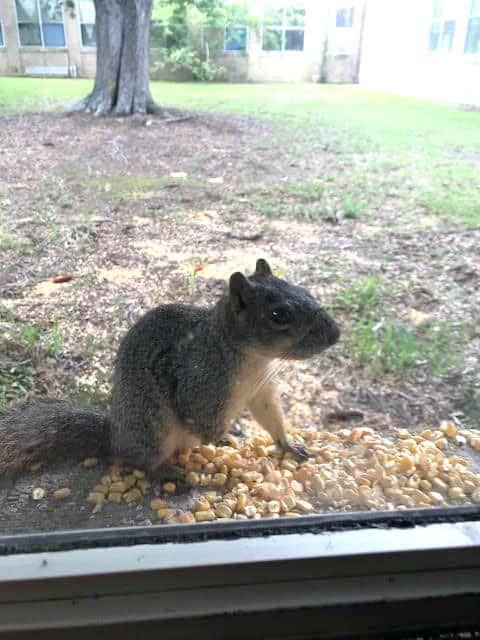 The woman saw that ‘one squirrel in particular was missing a front paw.’ Thinking she would need some extra help, Hurta ‘started throwing a little bit of corn out there every day.’ Little did she know that the squirrel will do something amazing! 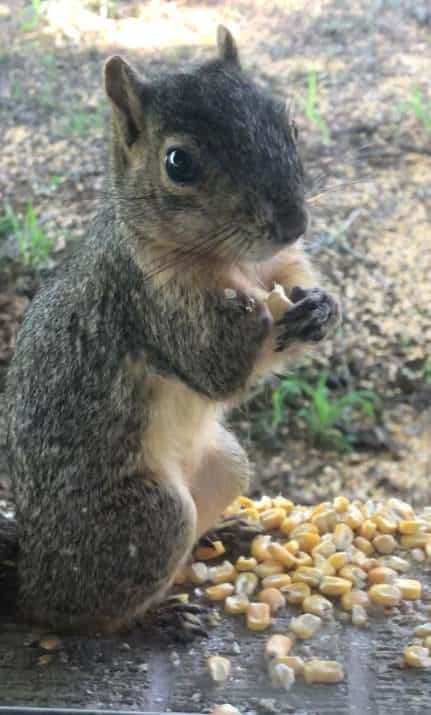 The tripod squirrel also received a funny name: Stubby. Crystal Hurta was happy that the critter came to get her free snacks. A few days after, the other squirrels came asking for some treats. 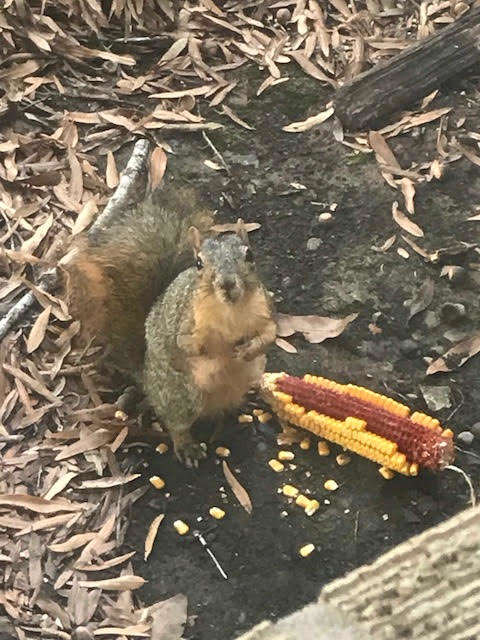 It’s been three years since Hurta brings dried corn or a corncob to feed the furry friends. They come to get the treats and then go back into the trees, looking for nuts and other foods as she continues her work. 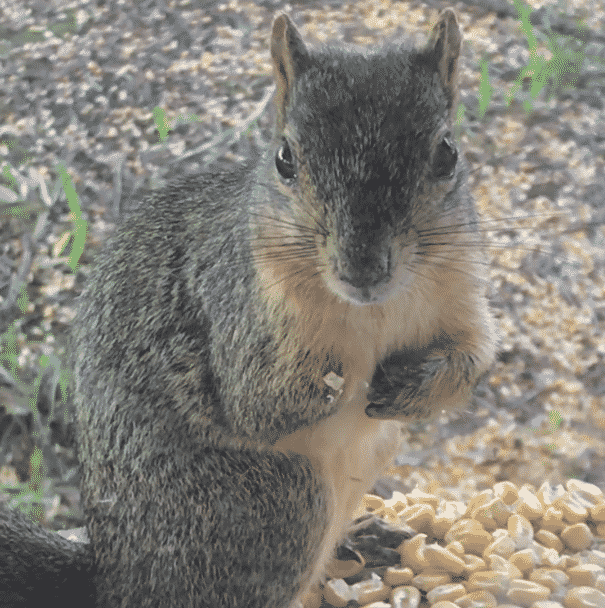 Every morning when Hurta gets into her office, the squirrels wait for her at the window. And if she runs late, they will just wait for her to come in. Wait until you see what she said about them… this is too funny! 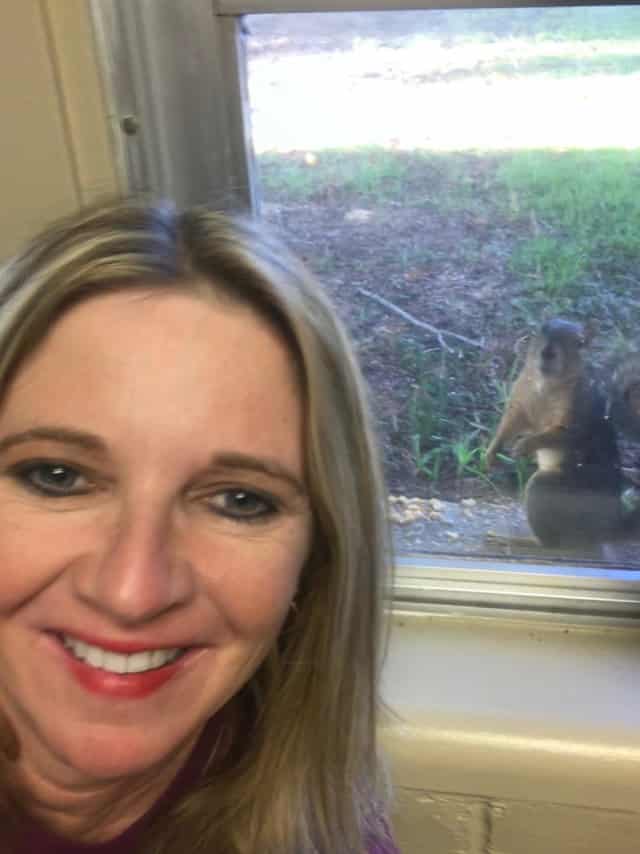 ‘They’ll literally start tapping the window as if to say, ‘Hey you’re late,’’ said Hurta. And if she misses work one day, her colleague would say: ‘Your squirrels have been looking for you!’ Wondering what they do in the summer holiday? 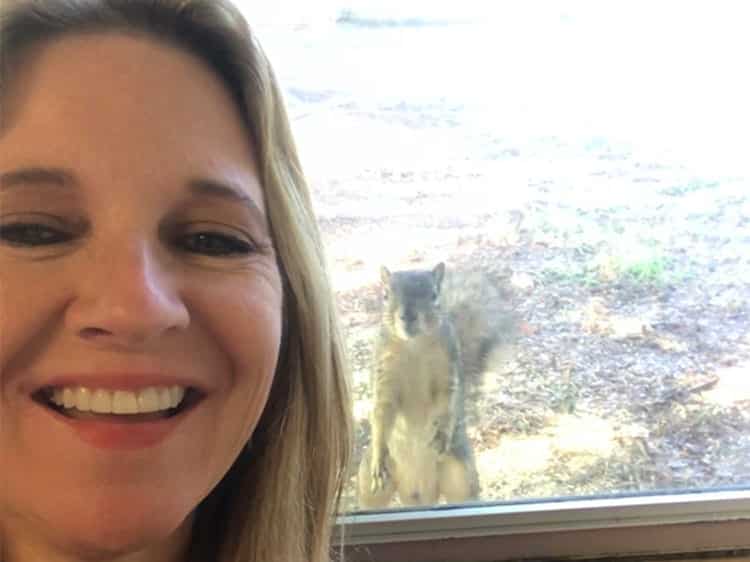 When Hurta has a few weeks off during the summer holiday, she will come to school every other day to make sure the squirrels have their treats. Hurta’s heart belongs to Stubby, though. This is what happened last fall… We’re melting over here! 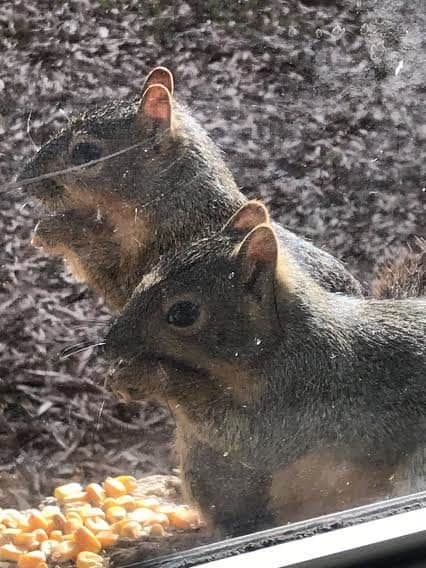 Last fall, Stubby had three babies. Hurta said she’d ‘see her run around with them and hold them. It was the coolest thing.’ But that’s not everything. What Stubby does next will blow your mind! 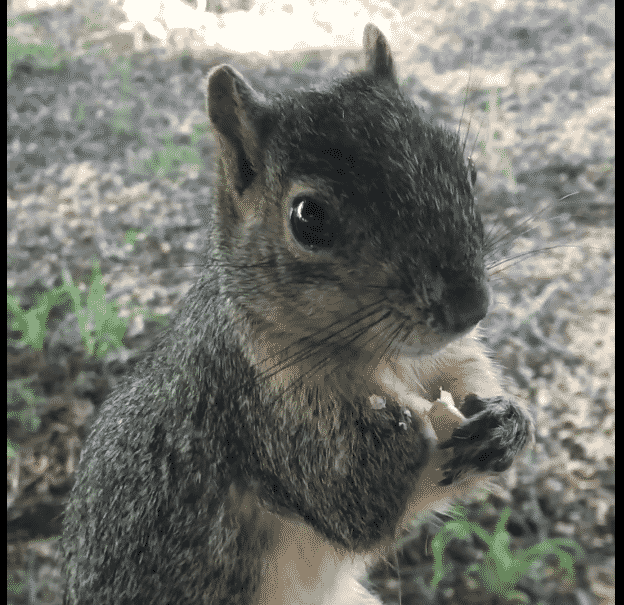 It’s been a few months, and Stubby’s babies are big enough to bring them along. Hurta said that ‘she brings them to my window, too.’ This critter knows how to make an entrance! And she is quite a fighter too…

11. She’s The Boss Squirrel in the Yard 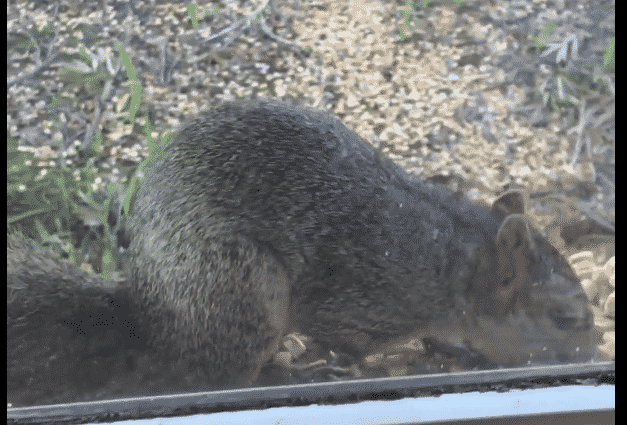 Stubby might have only three paws, but she is the boss in her group, says Hurta. She’s had a lot of fun over the years when she’s seen Stubby wage war on the squirrels that came on her turf. 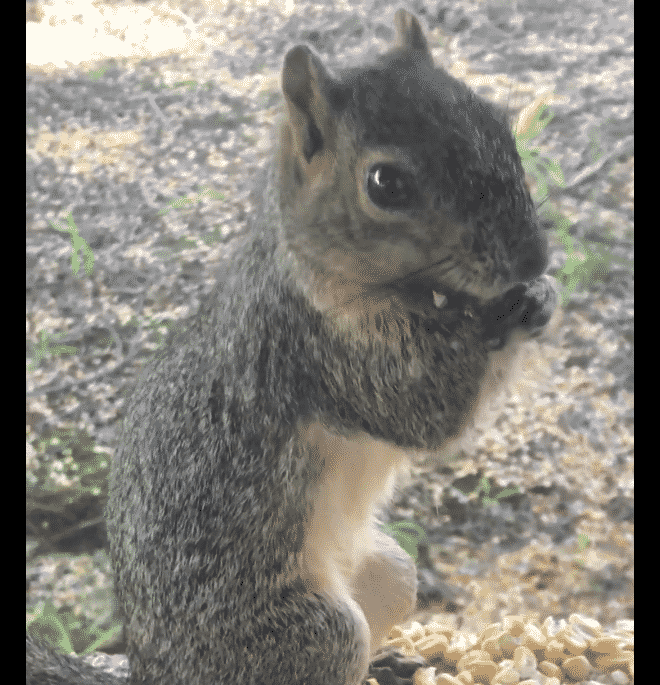 Hurta said that ‘if someone else gets near the corn she’s eating, she’ll run them off. You don’t see a squirrel missing a paw very often, let alone one with such a funny personality.’ What’s so great about this tiny critter is that she’s a survivor.

9. She Is Not Different! 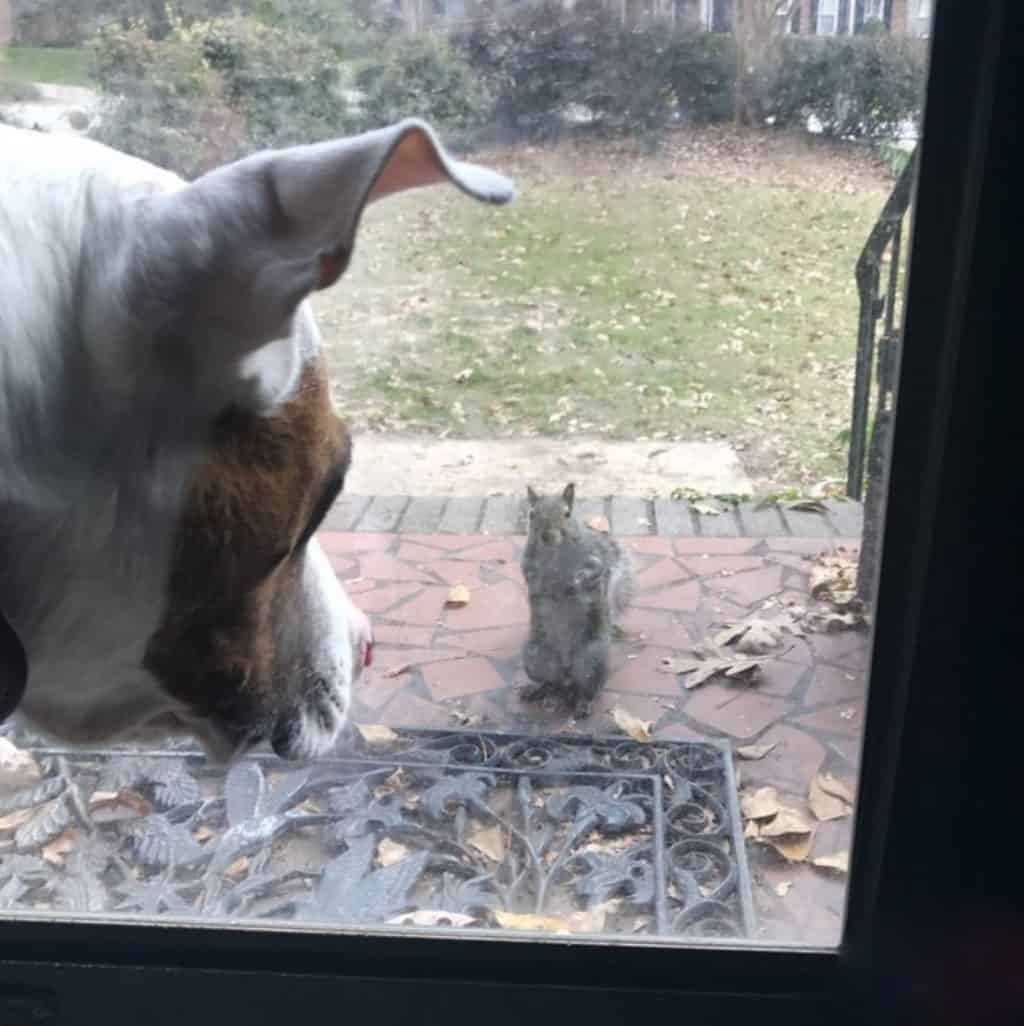 Hurta laughed, saying that Stubby ‘has no idea that she’s any different from the others.’ This story filled everyone’s hearts with joy. Next story will also make you laugh and melt from this much cuteness. Here’s a hint: It has squirrel parties and many almonds! 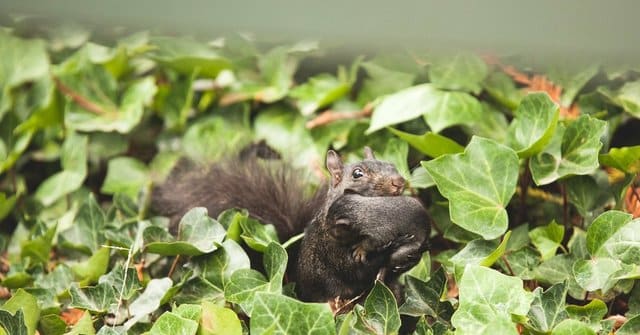 Ashly Deskins found one morning four baby squirrels in her backyard. She watched the mother squirrels come to get the babies, but two were left behind. She and her husband rushed to the vet, but they were too injured to be saved…

7. It Sparked Her Interest 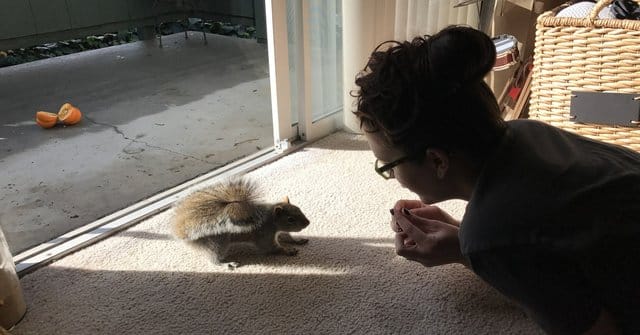 She said that her experience sparked ‘special interest in the squirrels, which caused me to appreciate and enjoy them during my daily routine.’ She started by occasionally leaving almonds on her back patio. Then she got an amazing idea! 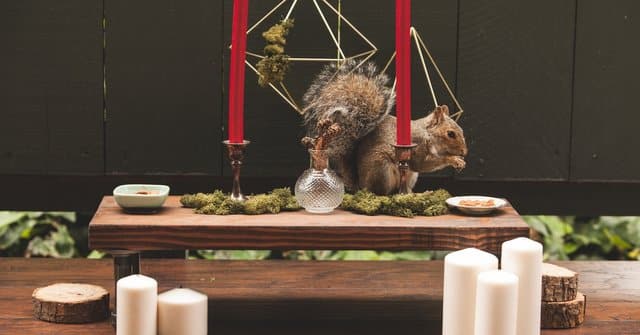 Ashly started to create small places where squirrels could eat their almonds: ‘It started with just some little props and eventually led to me buying flooring to create more detailed images.’ She started taking photos…

5. Started With a Few Props… 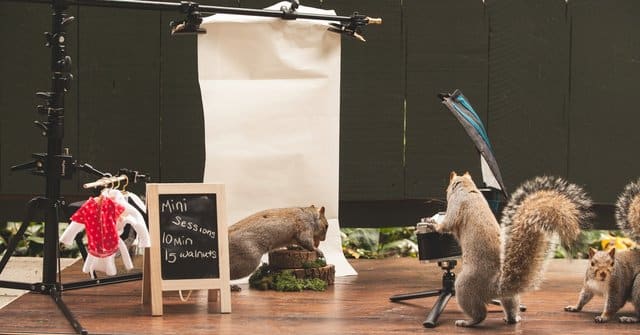 She paid attention to the materials that squirrels felt like jumping on and she started to use them. That’s when she created more elaborate decors. You could say that she’s throwing full-on parties for the squirrels!

4. Parties for the Squirrels! 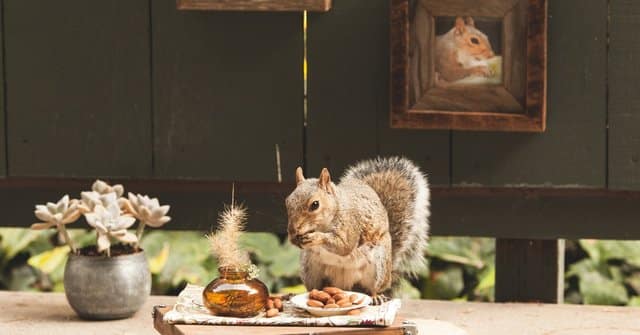 The scenes are filled with almonds, but the squirrels are too fast for the camera: ‘it could be hours before any visitors come by. […] It can take several more hours before I can accomplish some finished images’ because they take their almonds and run away.

3. The Squirrels From Harry Potter 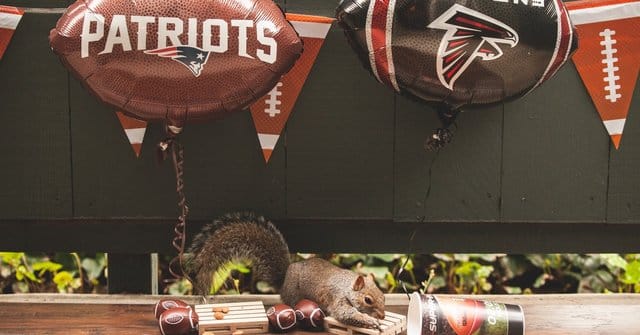 Some of the squirrels will stay and eat them at the tiny tables. Ashly and her husband even named them after characters from Harry Potter: Neville, Luna, Lily, and Severus. ‘We have a black male squirrel that visits, called Severus, that has an injured leg.’ 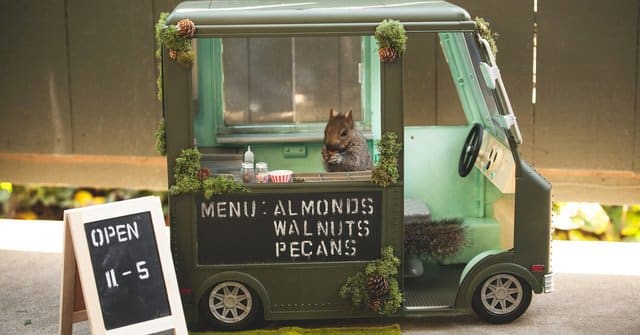 They think Severus is one of the two babies that fell from their nest and were saved by their mothers. Neville has more courage, as he even gets inside the house to get more almonds. People are melting over these photos, so Ashly created a squirrel calendar…

1. Everyone Enjoys the Party! 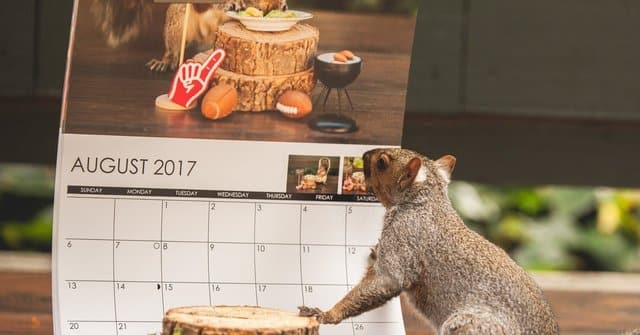 The calendar is filled with the most adorable photos. Who knew that a squirrel party can bring so much joy to both Ashly and to her squirrel friends, who are always ready to get their daily treats?