This Little Girl Was Missing For 2 Days, But Her Dog Wasn’t Ready To Give Up On Her

Today we are going to show you an incredible story about a loyal dog named Max who didn’t give up on his three years old friend that got lost in the woods. The craziest thing about this is that Max is a half blind and half deaf seventeen years old dog which should mean that he isn’t that active, but this isn’t the case for Max. With that said, get ready to be amazed by Max’s actions! 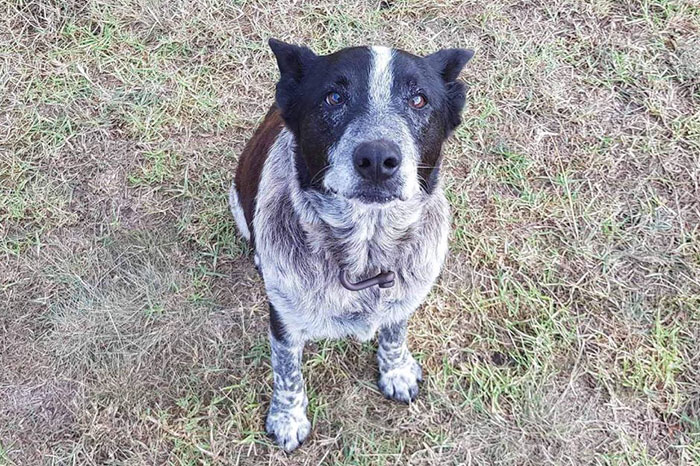 This “old man” is Max and he is a life savior! This seventeen-year-old dog put it all on the line to save his little friend who got lost in the woods. Keep reading because you will not believe what happens at #15. 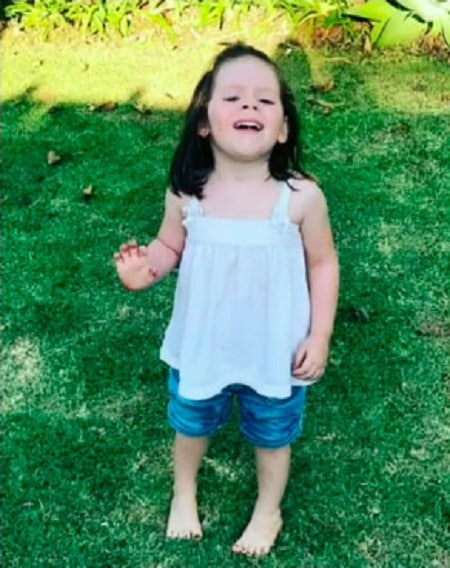 This is the little girl that got lost in the woods and who Max stayed by her side. Aurora loves to explore the world, but her taste for adventure put her in a dangerous situation! 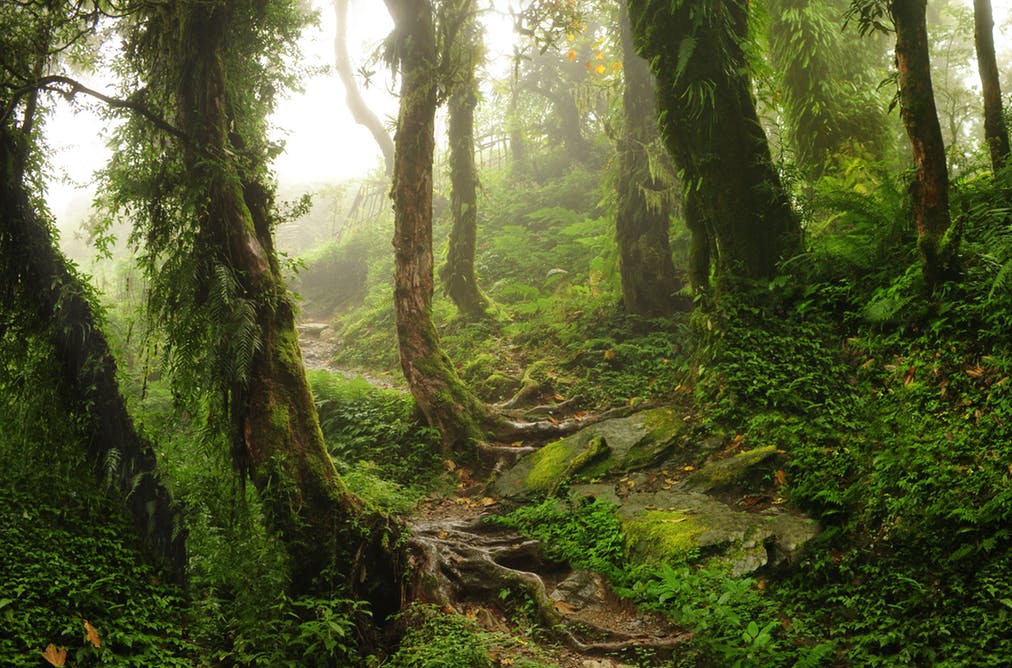 One day, Aurora and Max were taking a stroll next to the woods. The little girl felt like she wanted to explore more and unfortunately, she got lost in the dense forest. A couple of hours passed by and her family started noticing that she isn’t coming back. How do you think they reacted to this? 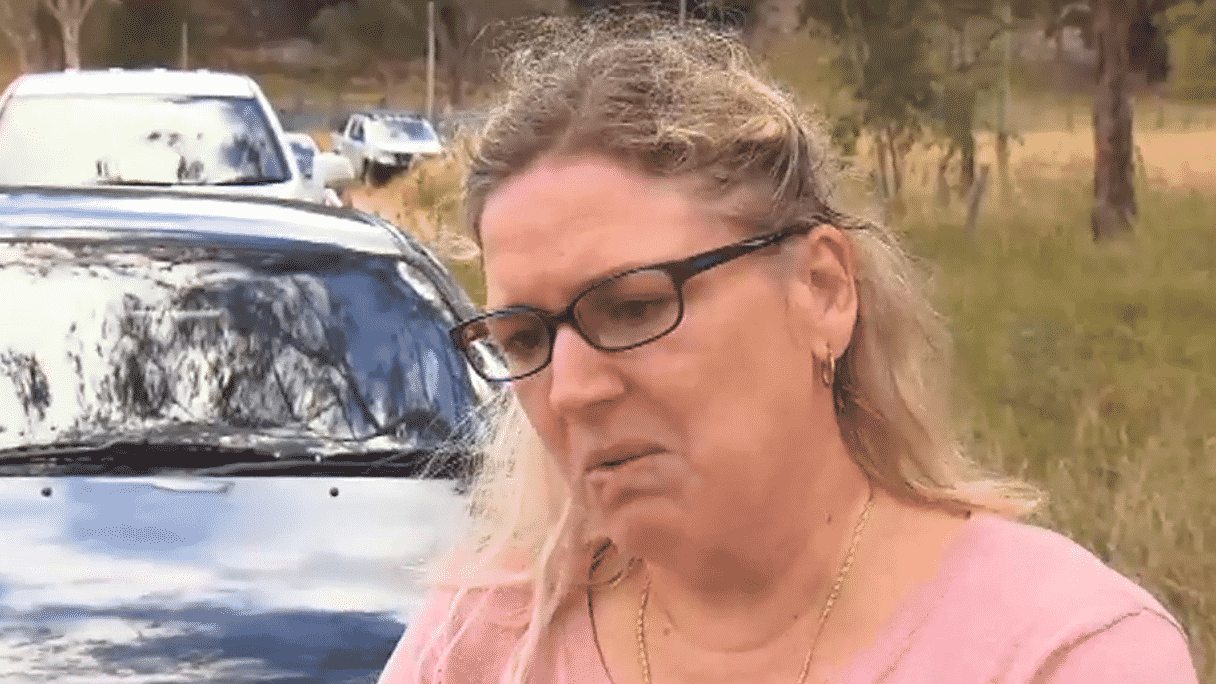 After realizing that Aurora got lost in the woods, the kid’s grandma called the police and asked them to form a search party. The grandma was scared and she couldn’t believe what was happening, but who could blame her for reacting like this? 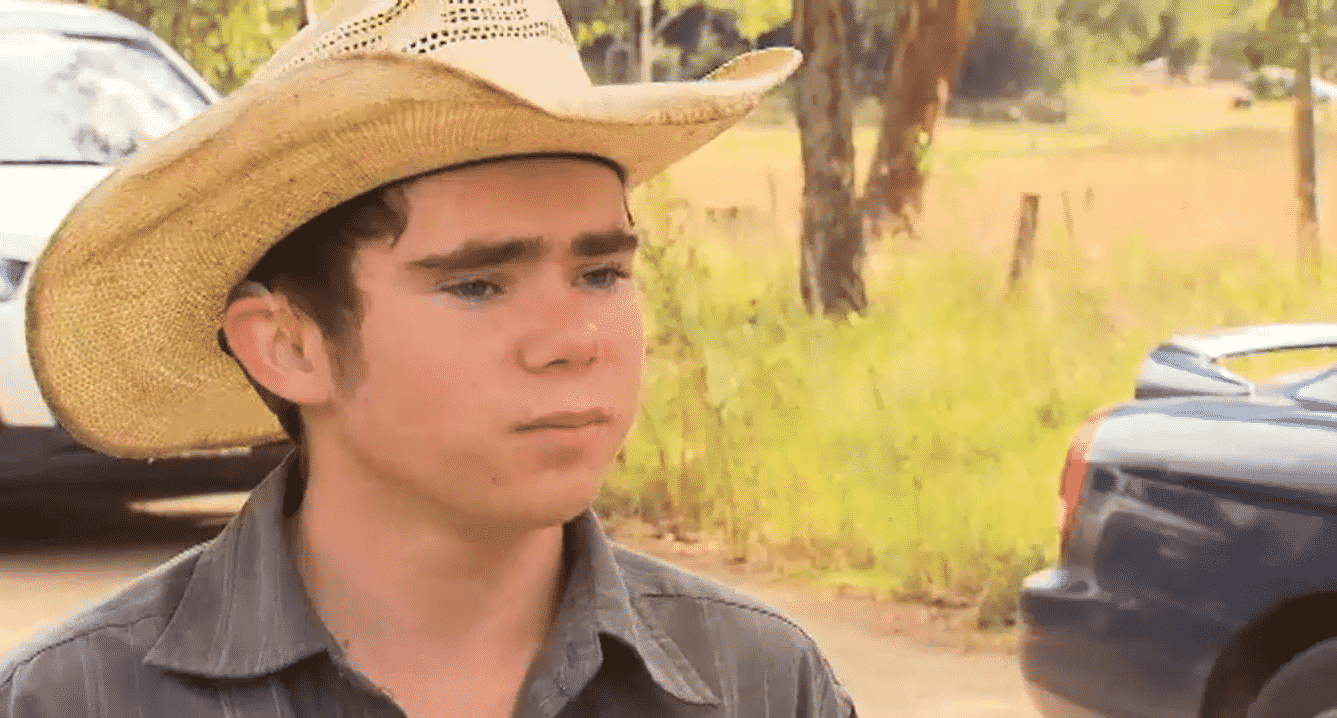 Aurora’s uncle started gathering people all around the town and formed a big search party. The uncle said that no one could go home while knowing that Aurora is wandering the woods all by herself. Little did he know, Aurora had company. 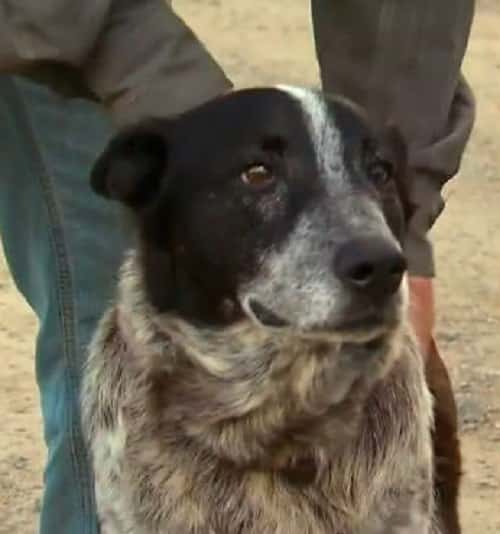 No one knew this yet, but Aurora was not alone. Max was with her and he was keeping her out of harm’s way. Nearly ten hours passed since Aurora went missing and her relatives started to get even more worried. 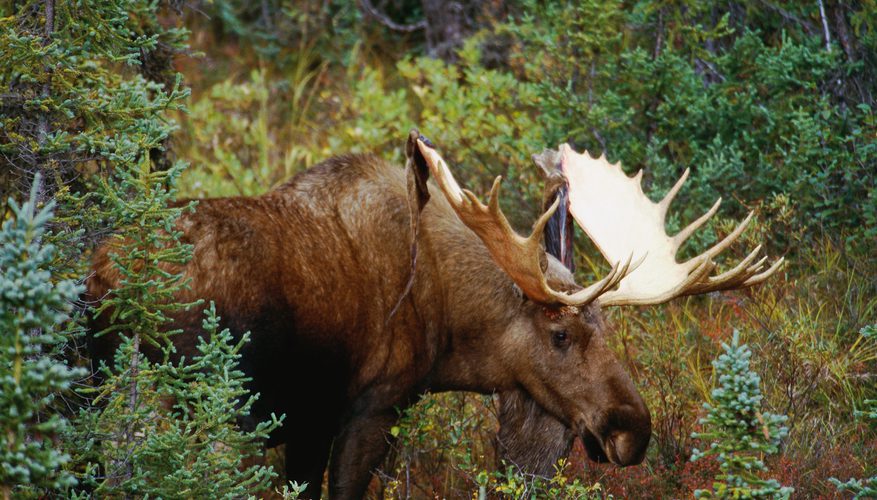 The reason why everyone was so worried about Aurora’s well being was that the forest is filled with all types of animals, and not all of them are friendly! 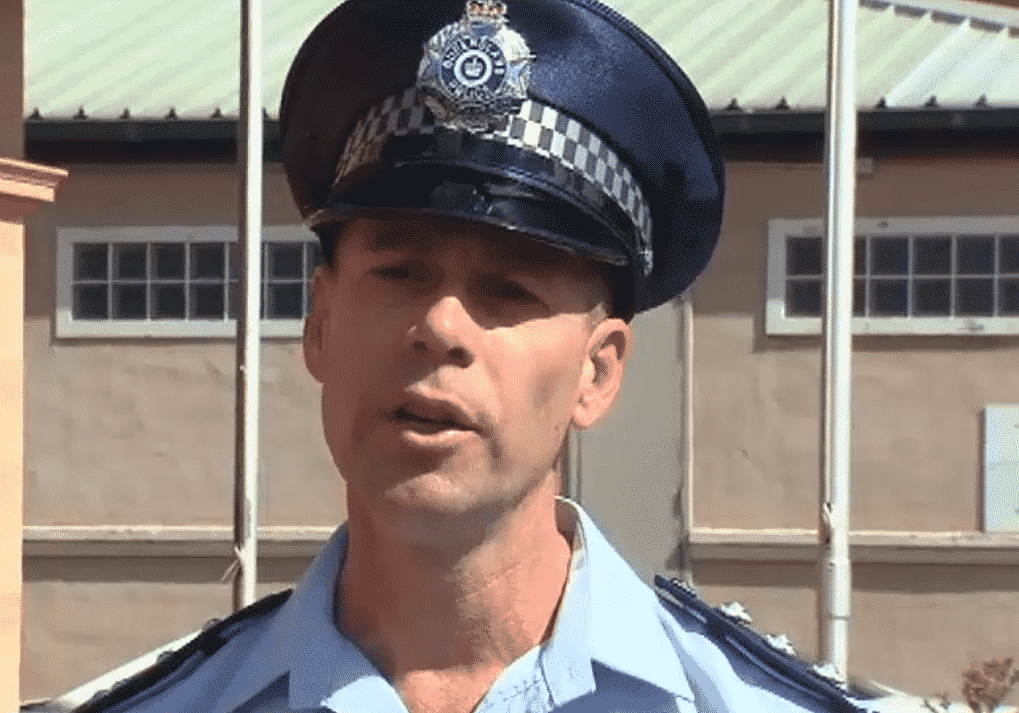 Seeing how Aurora was nowhere to be found, Craig Berry who is the local police chieftain gathered everyone in the town and started searching the forest. Fortunately, this is when someone spotted Max running around! 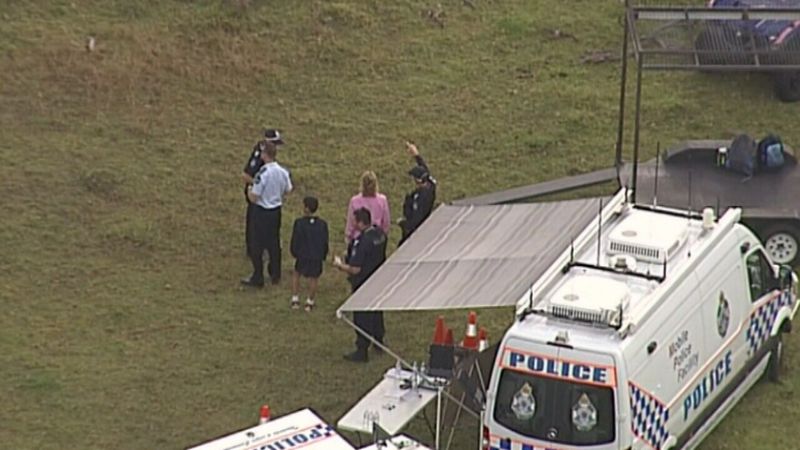 No one could believe this, but Max came to the search party. Aurora was not with him and people got scared because they were afraid of what might’ve happened to her. However, this is when Max started barking and trying to get people to follow him. Where do you think Max was leading everyone? 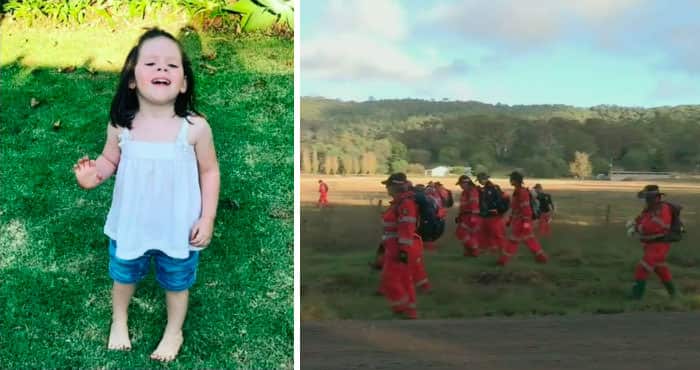 Sixteen hours passed since Aurora went missing and this is why everyone instantly started rushing after Max when they first spotted him. Keep reading because you won’t believe what happens next! 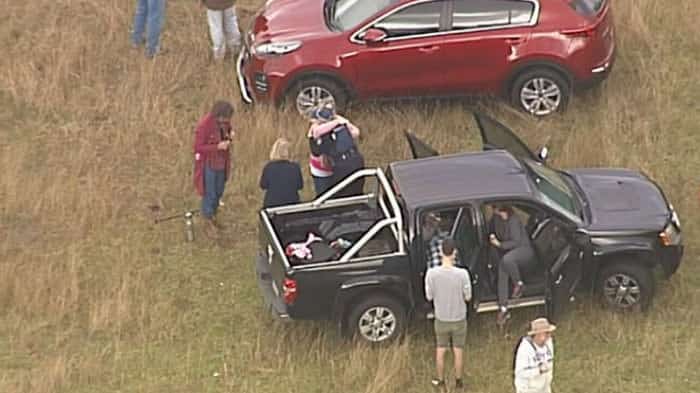 Max led everyone to the place where Aurora was hiding. The little girl’s relatives couldn’t believe their eyes, but they were happy that Aurora was safe. Can you imagine how difficult it must’ve been for the little girl to stay in the woods for sixteen hours straight? 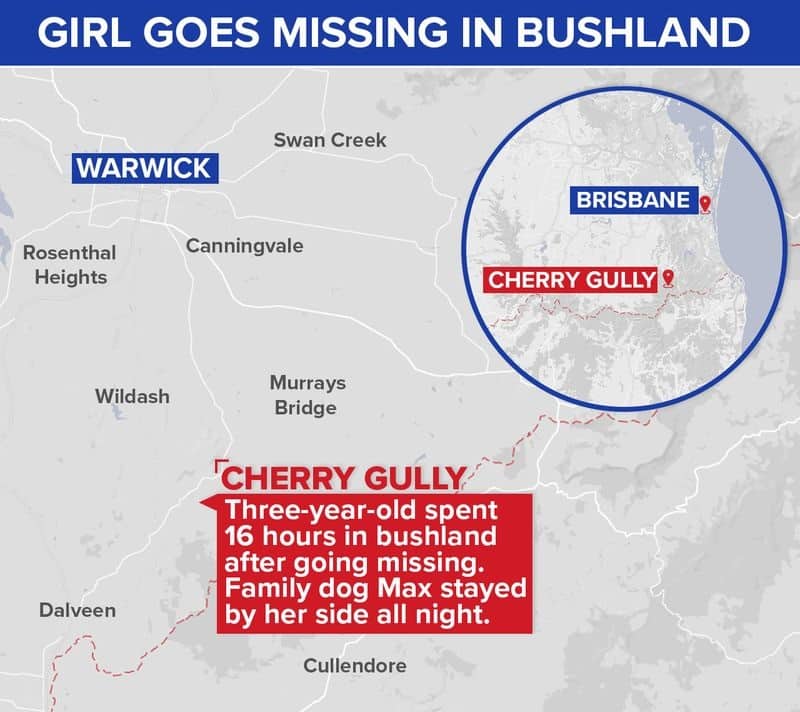 Aurora’s story is so incredible that all local news stations started reporting on it. Everyone was glad to see that the little girl was safe and sound, especially since the woods are so dangerous at night time. 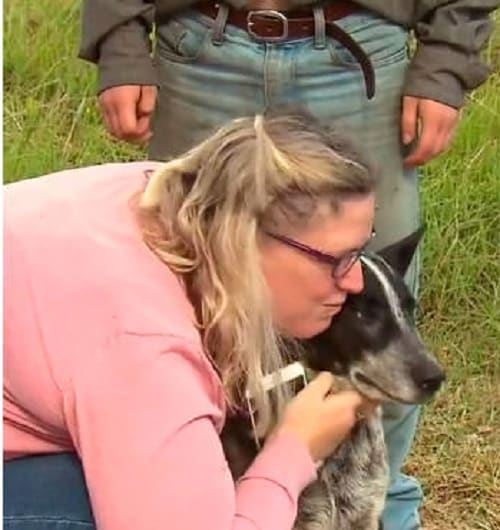 Max was the one who kept Aurora safe during the sixteen hours in which she was lost in the forest. The little girl smelled of dog which shows us that Max stayed close and kept her warm during the night. Isn’t he amazing? 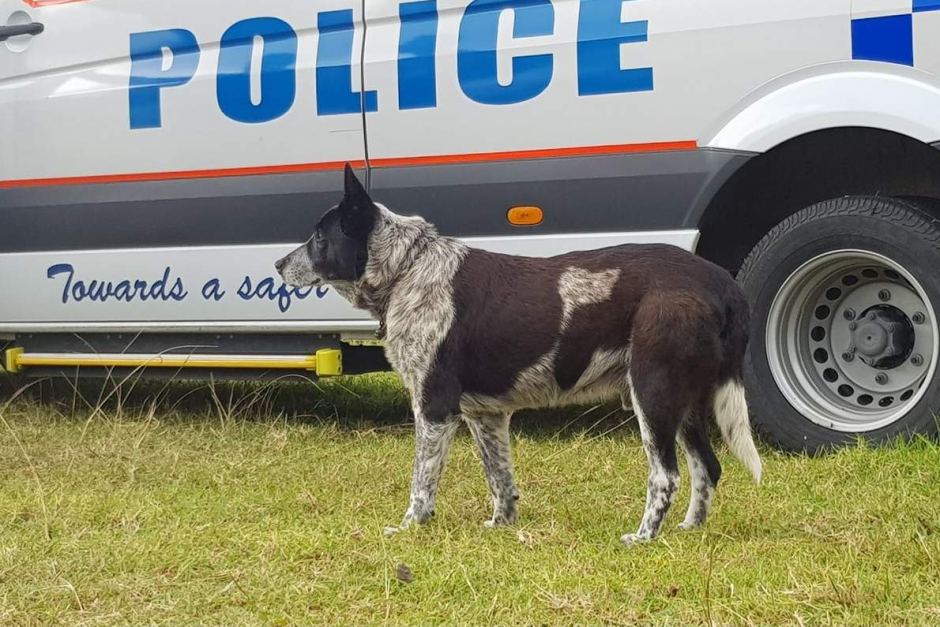 Everyone was proud of Max for the way he made sure that Aurora was safe. Considering that Max is half blind and half deaf, this makes his story even more incredible than it already is! 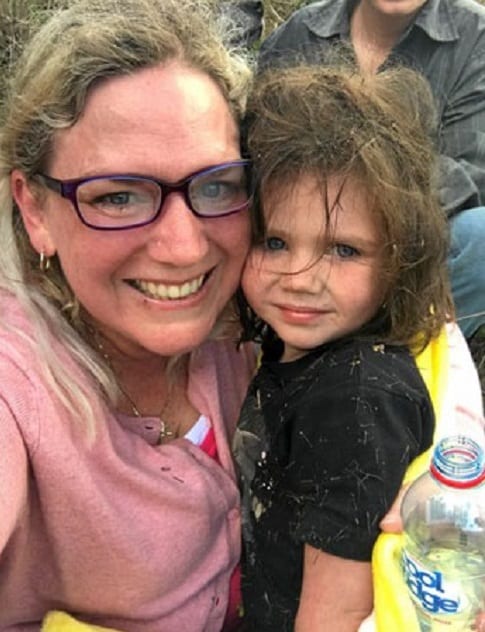 Aurora was safe and her grandma was super happy about it. In fact, the grandma says that she will feed Max delicious treats every day because his heroic actions showed that he deserves it. 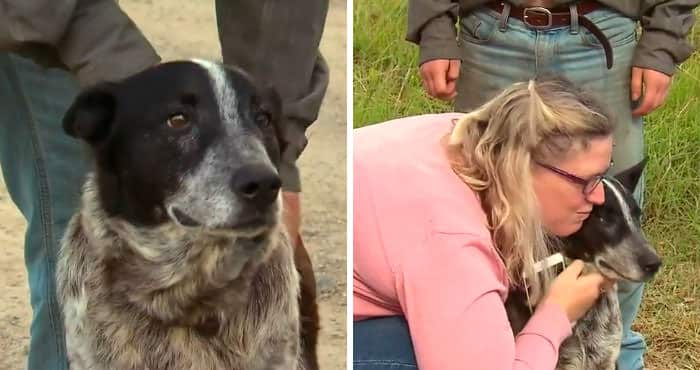 If there’s something everybody knows about Max by now, then it must be that he is a life savior. Dogs are loyal and Max’s story shows why they are called “a man’s best friend”.

4. Aurora Is A Lucky Girl 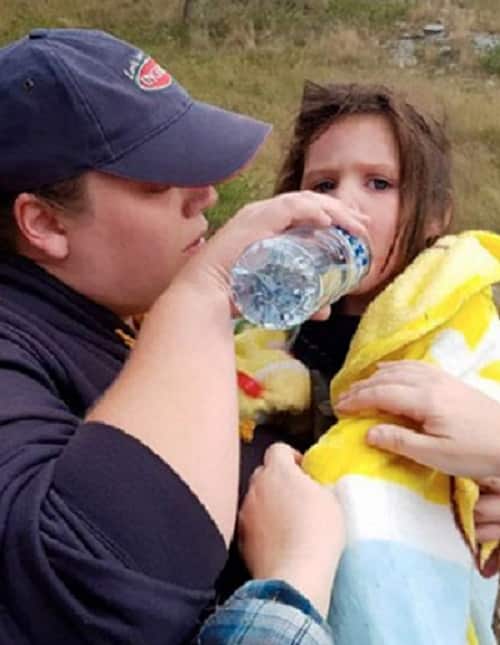 Let’s hope Aurora learns her lesson and doesn’t wander off in the forest by herself ever again. This time she got lucky because she had Max to take care of her and to bring the search party to her location. You will be amazed to see how the police reward Max for his heroic actions! 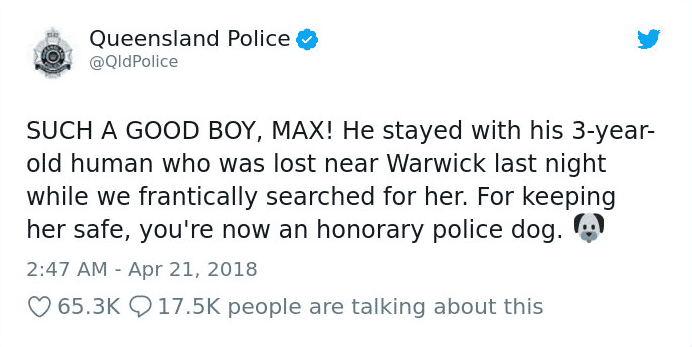 The local police acknowledged that Max is a hero and that if he wasn’t around, Aurora might still be lost in the woods. Therefore, the police decided to make Max an honorary member of the force. 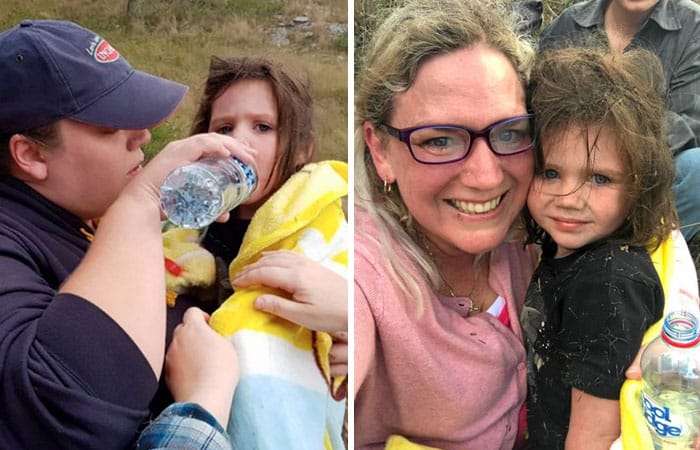 I think we can all agree that Max deserves his title of being an honorary member of the police force. Sadly, he is too old to become an official K9 unit, but we can be sure that he would’ve made for a great police dog.

Who would’ve believed that an old dog such as Max can be a superhero? Nonetheless, all that matters is that Aurora is safe and that Max will get delicious treats every day!