Today we have an amazing story about a happy dog named Potate. Her owners love her very much and call her Tate for short. Tate was all alone living on the streets when Haille Graham and her husband found her, but she now has a loving home and two caring people who adore her. However, that’s not all that Tate has since her soulmate lives next door! 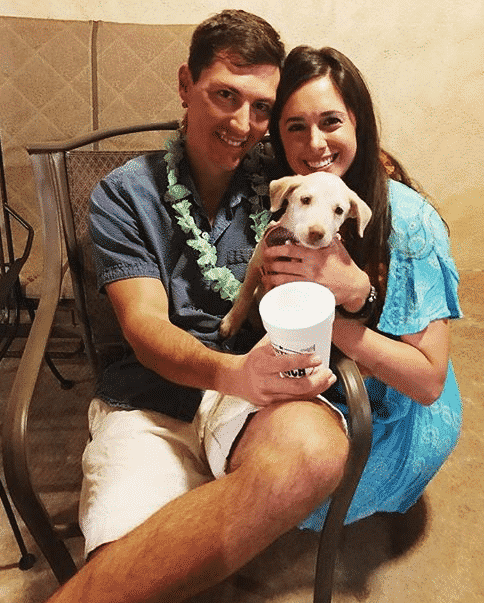 Hailee Graham and her husband were taking a walk in the park one day when they spotted a little stray puppy. The puppy came straight to them, and the couple fell in love with the little dog and called her Potate! 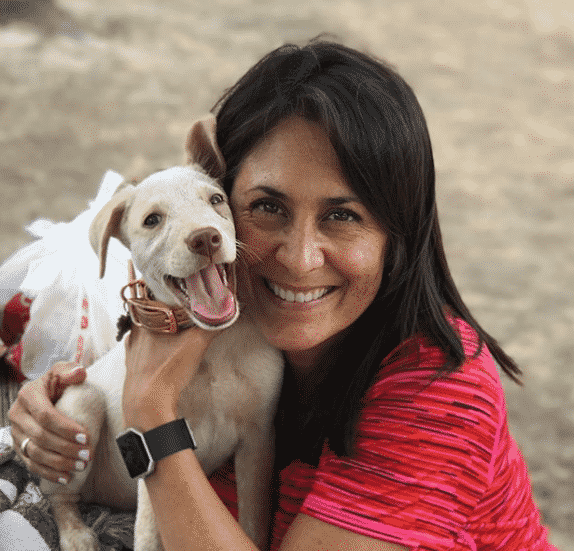 Little Tate is super cute and she brings joy to Haille and her husband’s life. Adopting stray dogs is a noble thing, especially since living on the streets can be pretty hard at times and Tate’s chances of survival all by herself were slim. Luckily, Hailee took her in. 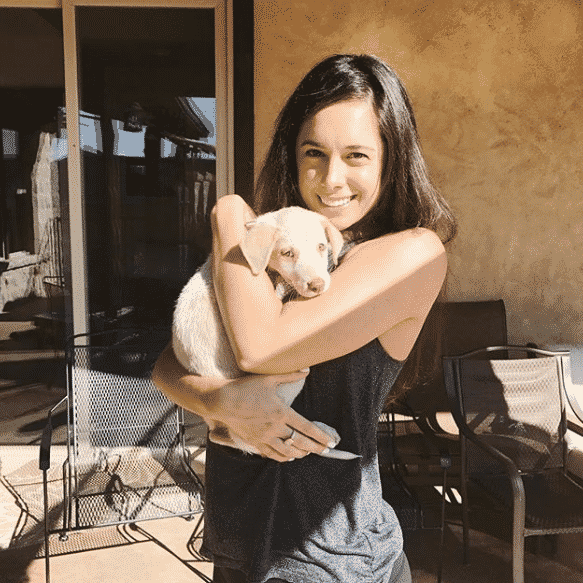 The most adorable thing about Tate is not just how small the little puppy is, but the fact that she loves running around the yard. Everyone who visited Hailee’s house fell in love with Tate, and this lets Haille know that she made the right decision by adopting her. 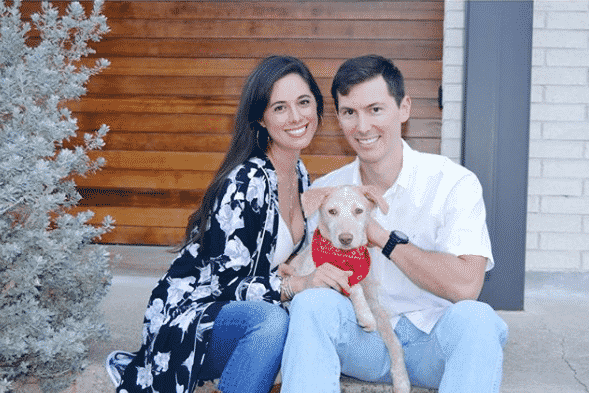 It didn’t take long for Tate to grow up and this is where things started getting interesting because the doggy became best friends with the next door neighbor’s dog! Keep reading to find out how this happened. 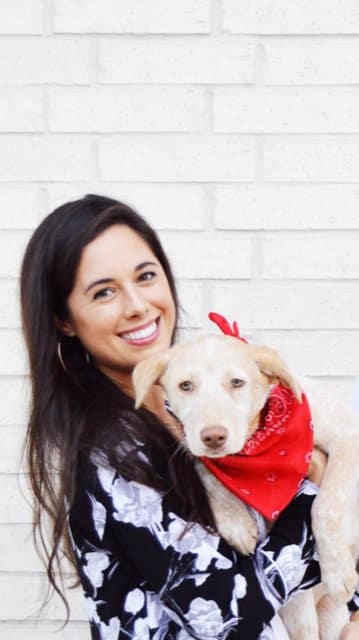 Hailee’s neighbor got a dog nearly at the same time that Tate was adopted and the two dogs loved to interact. Even though they could not see each other because of the big fence, the two could feel could feel each other’s presence. The upcoming picture will show you what the next door neighbor’s dog looks like! 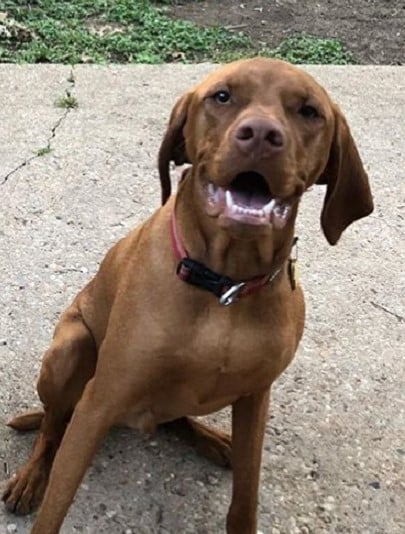 This happy little fella is called Vernon and he is Tate’s soulmate! After months of barking at each other, Vernon and Tate decided that it was time for them to actually start playing together. Keep reading because you won’t believe what the two dogs did! 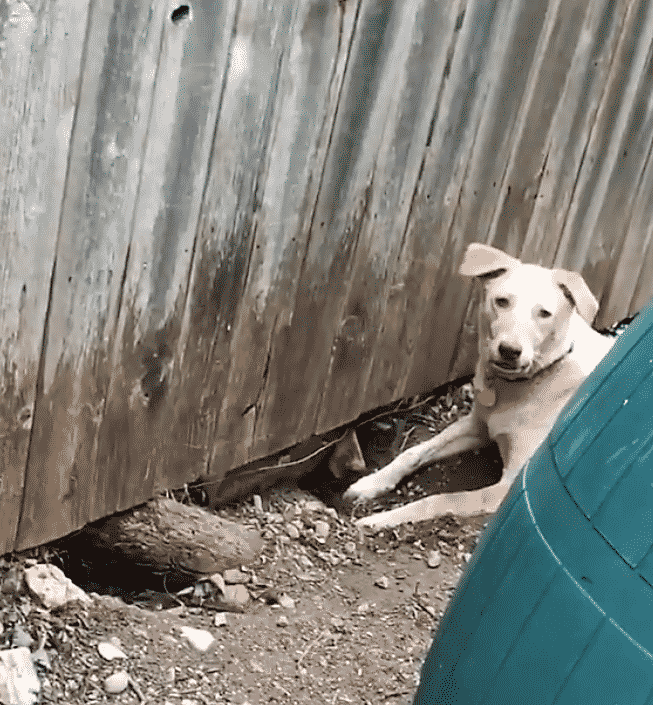 One day the two dogs started digging under the fence. They wanted to play together, and nothing was going to stop them from doing that, not even the huge fence between them! 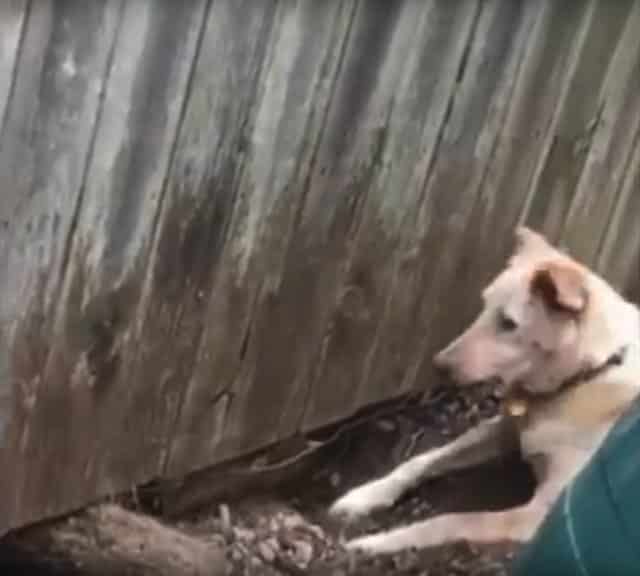 Hailee and her neighbor quickly realized that no matter what they might do, nothing is going to keep Vernon away from Tate. This is when Hailee’s husband came up with a brilliant idea! Make sure to check out the next picture because you are going to be blown away by what the husband did. 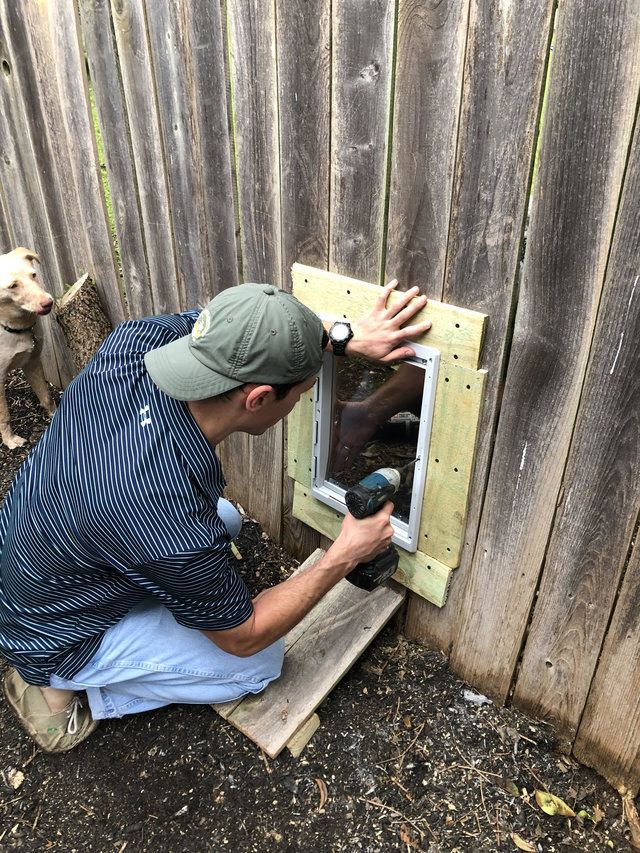 Hailee’s husband knew that the two dogs share a strong bond between each other and that keeping them separated wouldn’t do any good for anyone and he started building a special doggy door in the fence. How do you think Tate reacted to this? 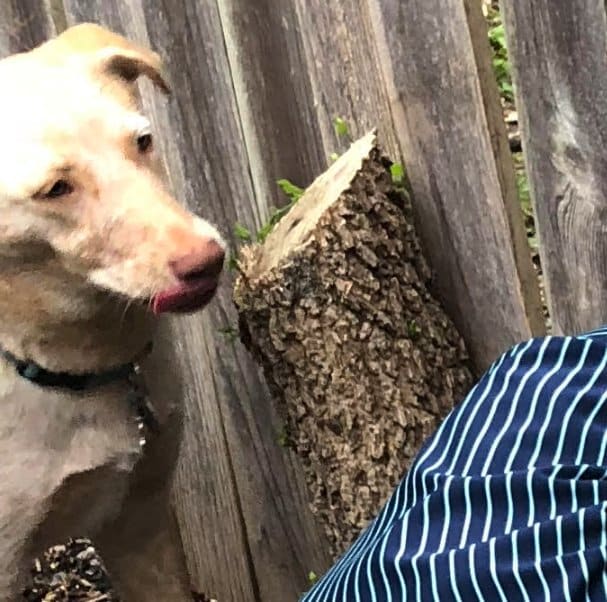 As we can clearly see, Tate was anxiously waiting for her owner to finish building the doggy door. You will be amazed to see what Tate does right at the moment that her owner steps away from the doggy door! 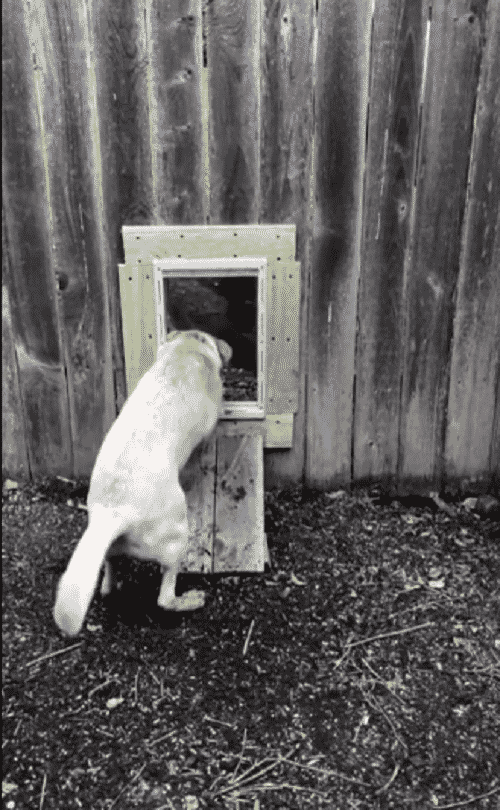 Tate didn’t waste any time, and she jumped straight through the doggy door. Tate and Vernon didn’t need to dig any more holes and this made them super happy! When Vernon saw the door… 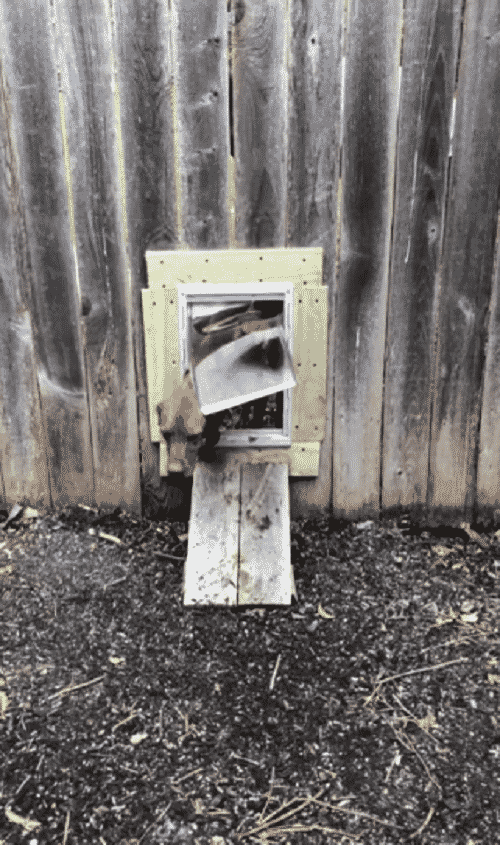 Just after Tate entered Vernon’s yard, Vernon decided that he wants to see where Tate lives in and he jumped straight through the doggy door. Hailee and her husband were amazed by this and decided to keep taking pictures. 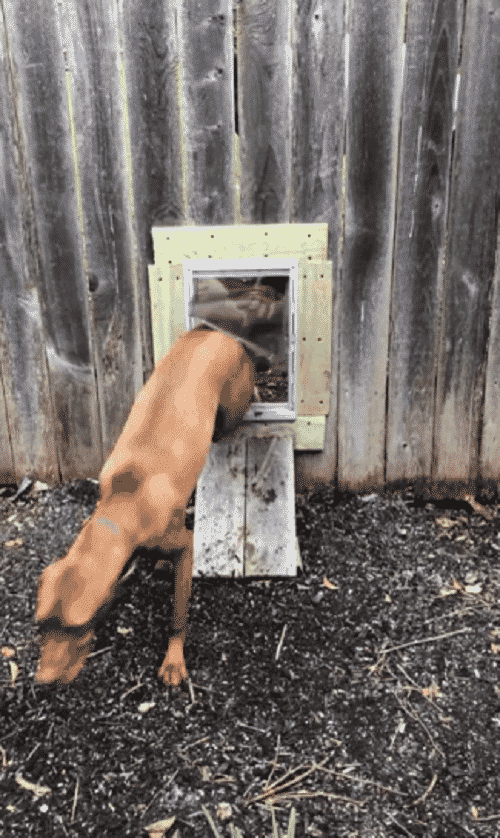 As Vernon was coming into Tate’s yard, Tate decided to follow him, and the next picture will show you how adorable that is! These two soulmates are going to have so much fun from now on. 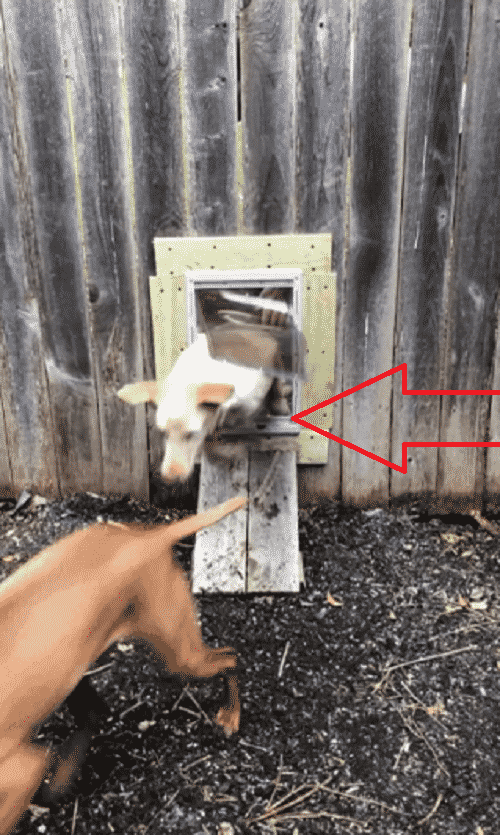 This isn’t the first time that Vernon and Tate met each other. The owners saw that the two dogs wanted to be together and they put them on play dates. You won’t believe how adorable the two look while on their play dates! 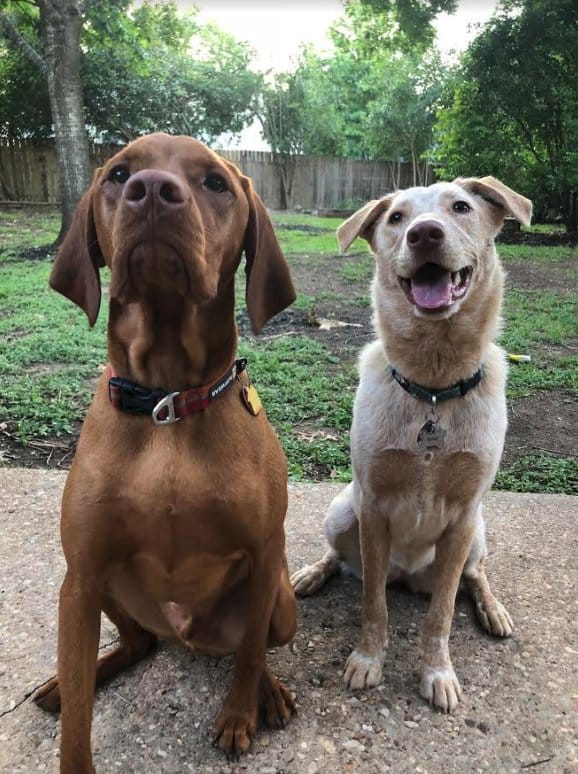 Vernon and Tate are a match made in heaven. The two love spending time with each other and luckily, they don’t need to rely on play dates to do that anymore. Their owners are giving them freedom and the husband’s idea to build a door in the fence is brilliant. 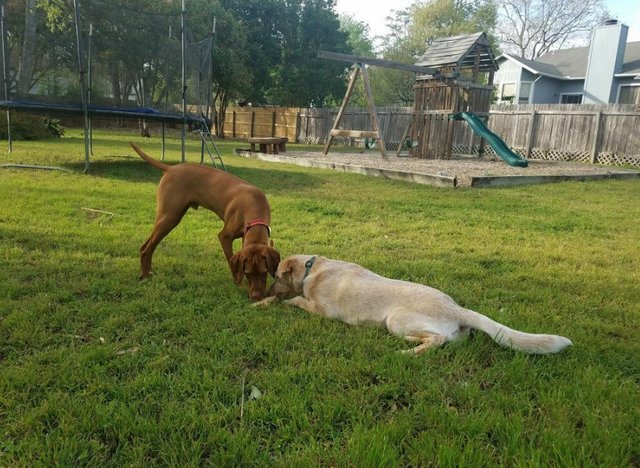 Just like you would expect, the two dogs are running around the yard nonstop. Nothing stands in the way of fun now that the doggy door is there and seeing them playing together brings joy to everyone. 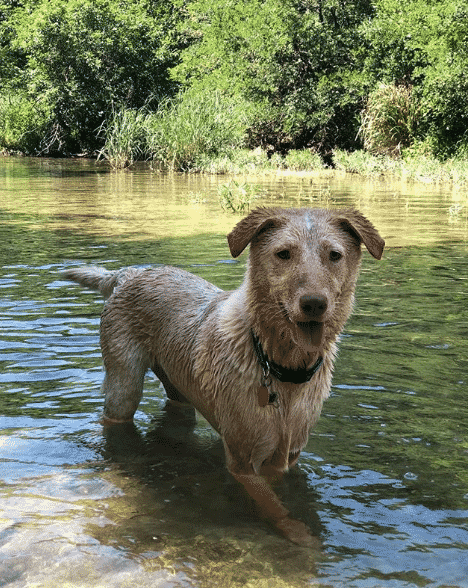 Hailee says that she hopes other people see how much fun Vernon and Tate are having together and take this as an example of why they should give their dogs freedom. Isn’t Hailee amazing?

3. Members Of The Family 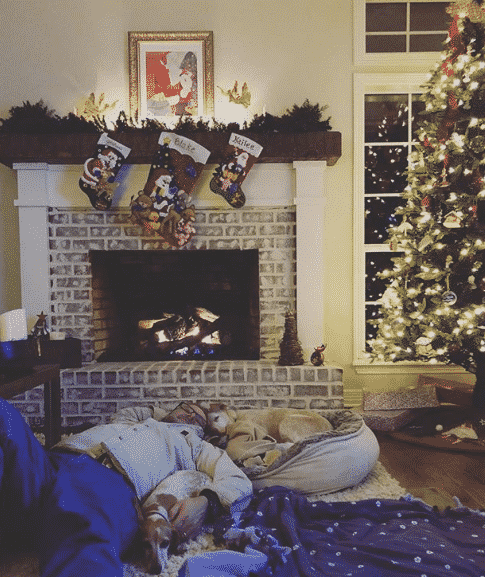 Another interesting thing that Hailee said is that she treats Tate just like she would treat her child. This woman loves her dog and this is why she decided to allow Tate to play with Vernon in the first place. Do you feel the same way about dogs? 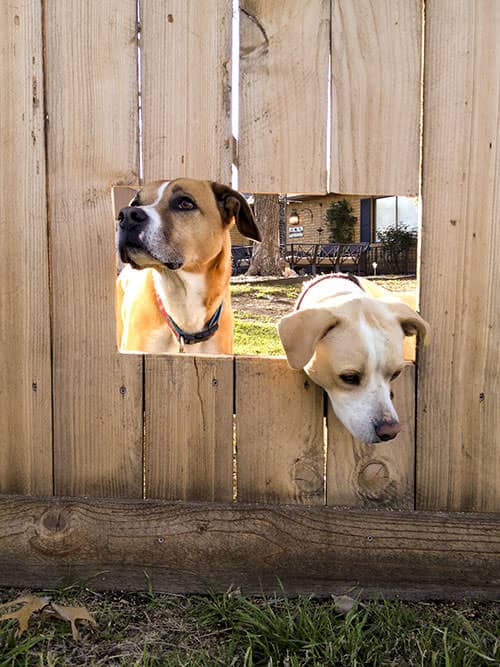 One of the most amazing things about dogs is that they manage to find their soulmates. Just take for example how much Vernon and Tate cared for each other even though a huge fence separated them, but not anymore! 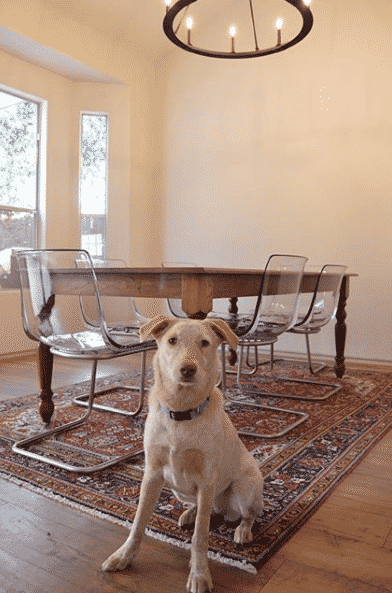 Did you think Hailee’s husband did the right thing by building the doggy door? Nonetheless, all that matters is that Tate is happy and that her owners are willing to do anything for her!