No One Wanted To Adopt This Elderly Dog, And When She Met This Girl She Wouldn’t Let Go

A young girl of only twelve years old was volunteering at a shelter dog, the place where she’d discover a dog ready to change her life. Molly Wogan had no idea that her love for that one dog would save the life of dozens more. Two years ago, Molly and her family were volunteering at Cape Ann Animal Aid in Massachusetts. That’s where she fell in love with a lovely black Labrador mix called Mama Grace.

Mindy Wogan, Molly’s mother, wasn’t sure the dog would be a good addition at first. But Mama Grace won their hearts…

Mindy recalls that it was almost the end of their shift ‘we even had our coats on when the staff asked us if we could take out just one more dog, Mama Grace,’ so they did. The poor pup really wanted to get out…

19. Mama Grace Was Eager to Be Out 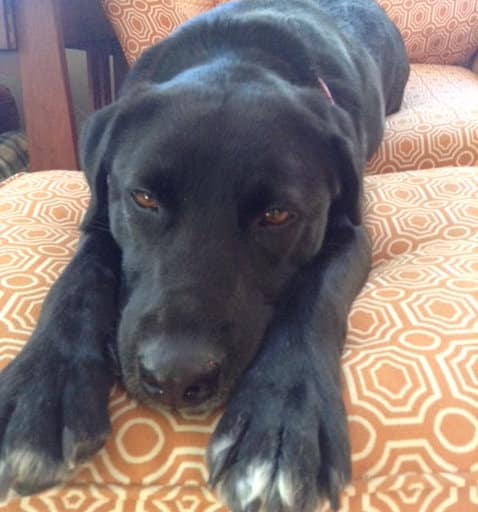 ‘They said she was a little hyper in her kennel, barking constantly, and was refusing to go to the bathroom,’ added Mindy. So, they took Grace out for a walk, and she just blossomed! She was so different outside… 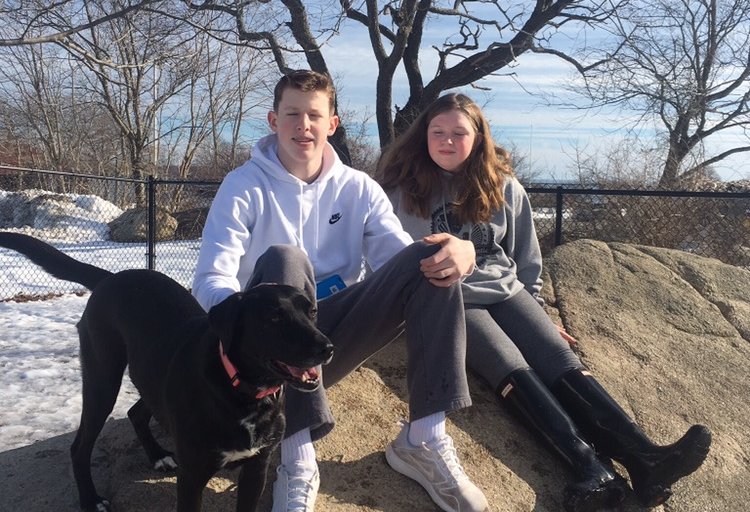 ‘She would come running toward me, then stop short, sit down right at my feet, and just look up at me with her sad, soulful eyes. She was amazing,’ said Mindy, who was impressed to see the pup change outside her kennel.

17. Fostering For a Few Days 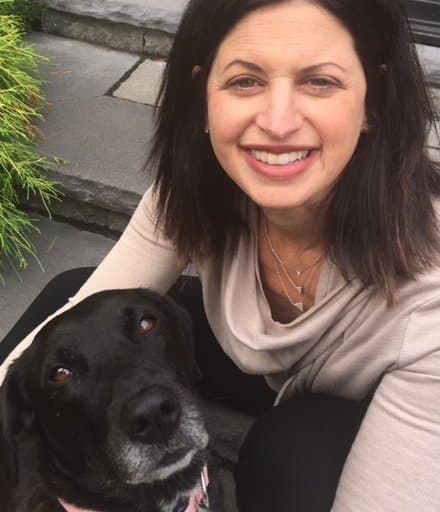 The family decided to give Mama Grace a home for a few days so that she could enjoy life outside the kennels. She really needed a break. As soon as they reached the car, the pooch jumped in the back seat, next to Molly. What happens next is amazing!

16. The Pooch Was Quite Comfy

Reaching the house, Mama Grace didn’t need much time to make herself at home and snuggle with everyone there. The whole family loved how she just fit right in, and even Riley, the family’s adopted dog loved her very much. After 3 days…

After three days of fostering Mama Grace, Mindy take a decision she never thought she would: ‘I knew in my heart on that car ride home that she was going to be ours.’ Soon, the family would find out about Mama Grace’s past… 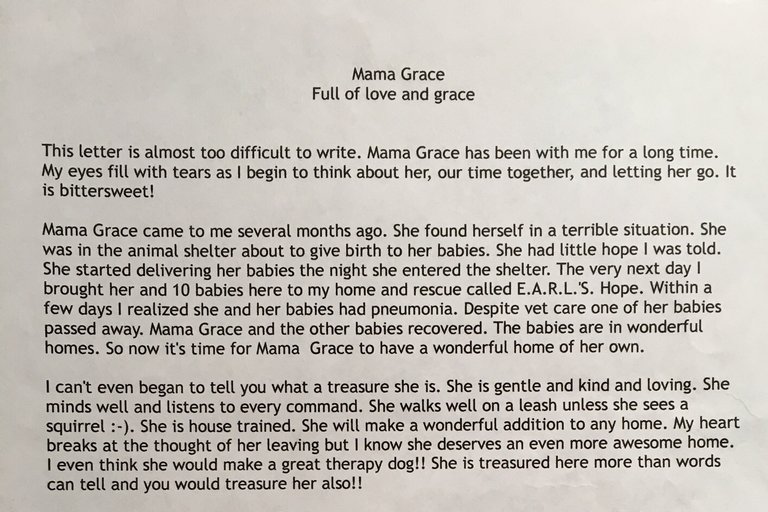 After they adopted the pooch, Mindy read the shelter paperwork and a note from SueAnn Eady from EARL’s Hope Rescue (Georgia). Mindy said that the letter was simply heartbreaking. This is what happened. 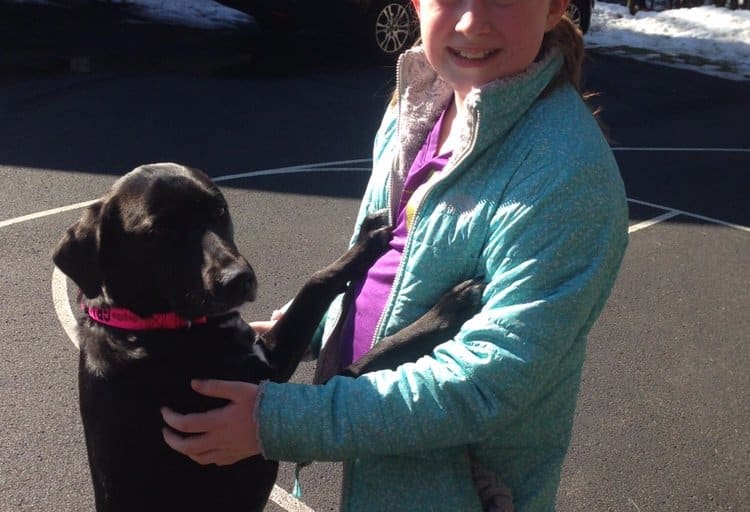 Mama Grace was found on the streets by animal control officers in Georgia. They believed that she was hit by a car. The vets assessed her situation: she was malnourished and almost giving birth to a litter!

A local shelter heard about the mother dog and her babies. This is when Eady raced to save them. All of the pups were sick with pneumonia and were barely alive. Eady took care of them all and called the mother dog Mama Grace. 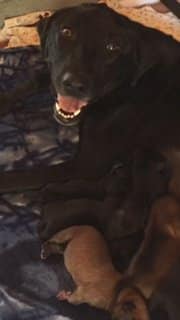 Her name was picked to show that the mother dog showed grace while being ill and still took care of her pups. Finally, all the pups got better and found their homes. But Mama Grace remained with Eady, who nursed her back to health. 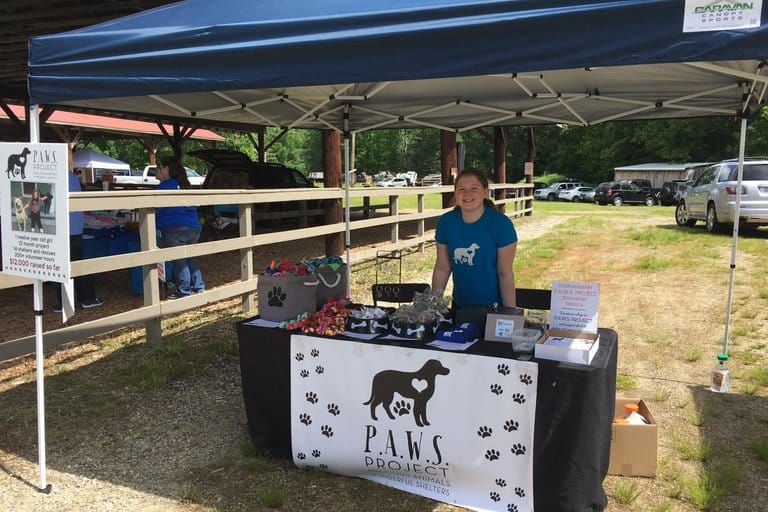 When Mama Grace got better, Eady sent her to Cape Ann Animal Aid to find a family in New England. As soon as Mindy and Molly finished reading Easy’s letter, they contacted the woman and sent her pictures of the pooch. 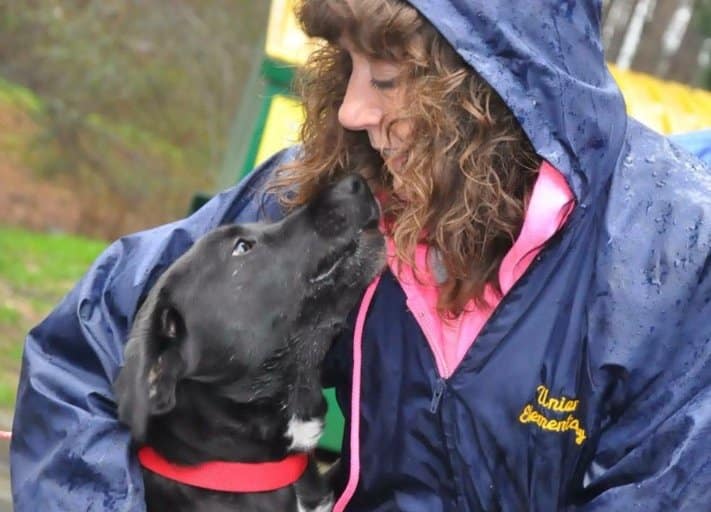 Mindy Wogan says that she ‘thanked her for giving her up, and promised her we would take good care of her.’ Then, Eady responded, explaining how many dogs are at risk in Georgia shelters. Then, Molly did this incredible thing! 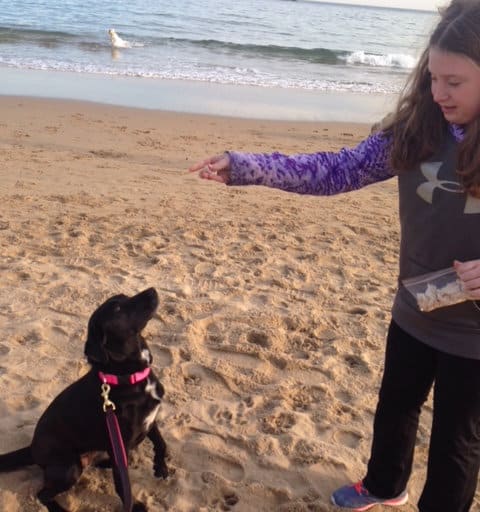 Molly had a volunteer project to complete as part of her bat mitzvah preparations, so she collected donations to help save dogs like Mama Grace. She launched the P.A.W.S Project Foundation and started raising money…

Everything Molly gathered, she sent to rescue groups, including the one Eady runs. Both she and her mom went to visit Eady in Georgia and the shelter Mama Grace first lived. After that visit, Molly got more motivated than ever…

It might have started as a bat mitzvah project, but her efforts gave birth to a nonprofit organization. Until now, P.A.W.S. Project Foundation raised over $70,000 in donations and helped to rescue 93 dogs.

Molly said that she feels lucky to have had a good experience and that some parts of it were really sad, but she has ‘also met a lot of great people and saved a lot of lives.’ She knows that Mama Grace is the reason why she started everything…

3. It Happened For a Reason

‘If it wasn’t for Mama Grace, we would never have met SueAnn at EARL’s.’ Molly also admitted that Mama Grace’s story made her realize how many dogs needed help. And her mom knows that too. 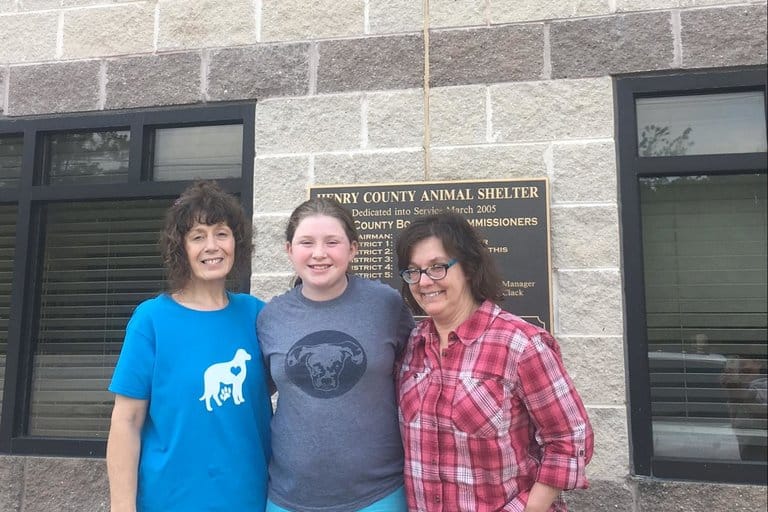 ‘If we had not been volunteering as a family that day, if they had not asked us to take her out, then she would not be our dog, and the P.A.W.S. Project would have never even happened,’ said Mindy. Her next words brought tears to our eyes.

‘Because of Mama Grace, all of these animals have been saved, all of this money raised, and honestly the lives of not just Molly and I — but all the families that received these dogs — have been changed forever,’ concluded Mindy. She is such a proud mother and knows that she made the right decision when they adopted Mama Grace.