No One Wanted To Adopt This Kitten, Now He Won’t Stop Purring In Woman’s Pocket

When this little kitten was brought to the vet’s office, no one knew if he would make it. This kitten had a very rare condition and luckily the vet knew exactly what to do. Now he’s looking for his fur-ever home! 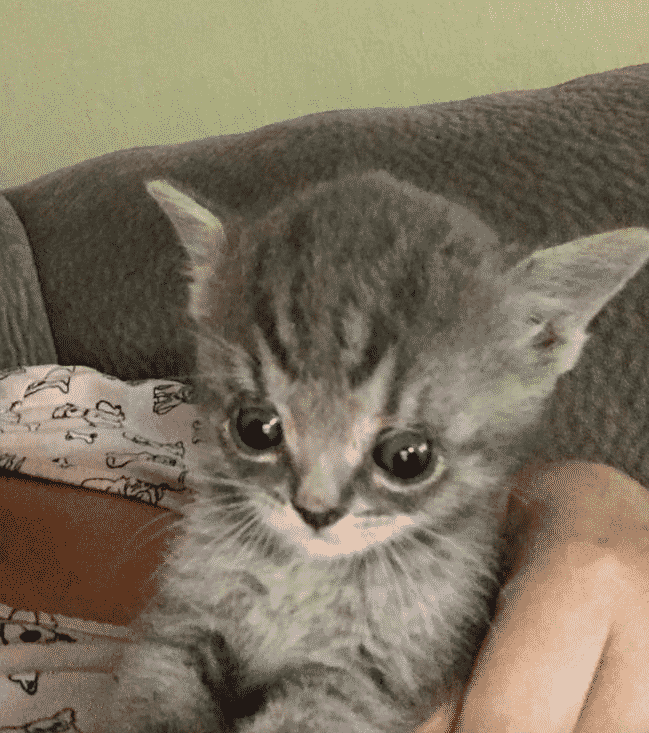 A tiny kitten was recently given a second chance at life after it was discovered that he had a serious ailment. The kitten’s name is Roger and he’s absolutely darling! 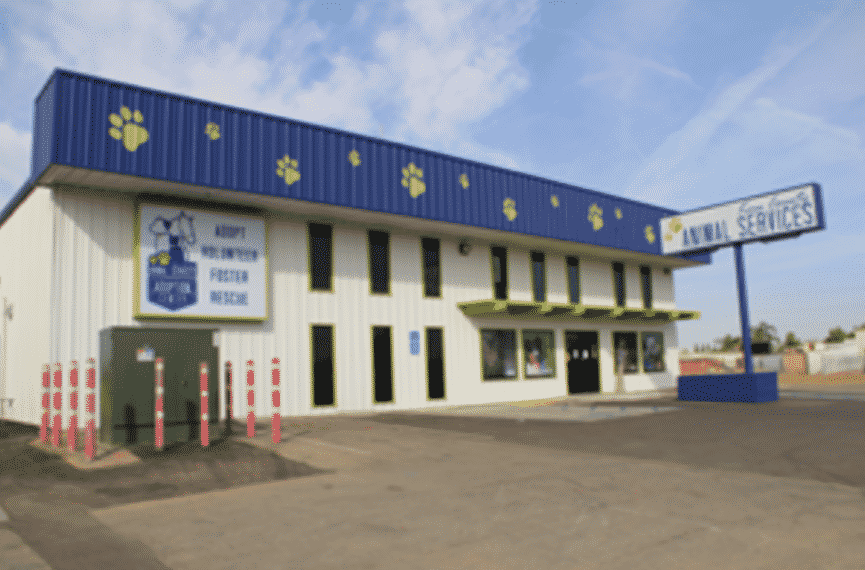 Roger was brought over to Kern County Animal Services with an enlarged head and an eye infection. When Dr. Arnold took a closer look at the kitten, she realized that he had a very serious condition. 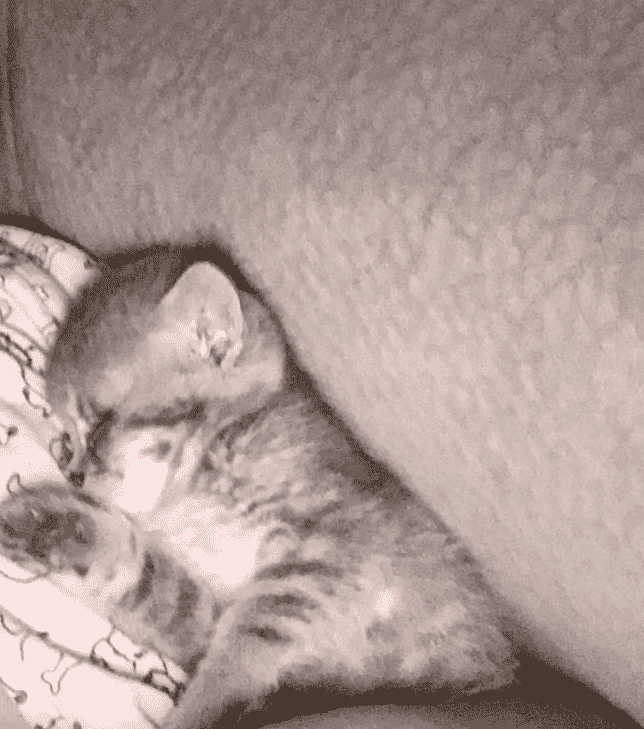 An enlarged head is not something to overlook. The condition is called hydrocephalus and it literally means “water in the brain.” It can be pretty fatal if left untreated. 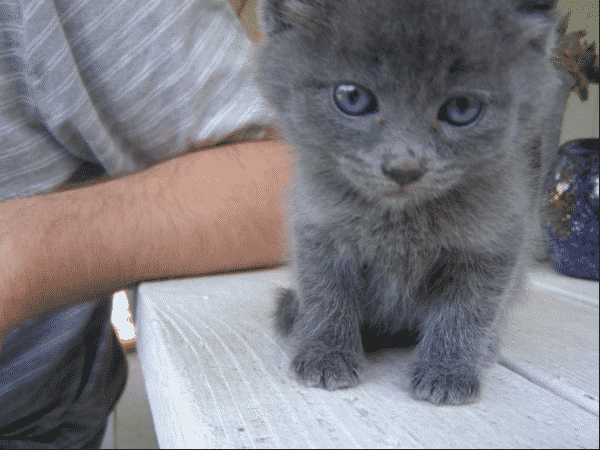 According to vetstreet.com, the condition puts a lot of pressure on the brain. This is because of the buildup of fluid inside the skull. This condition was greatly impacting poor Roger. 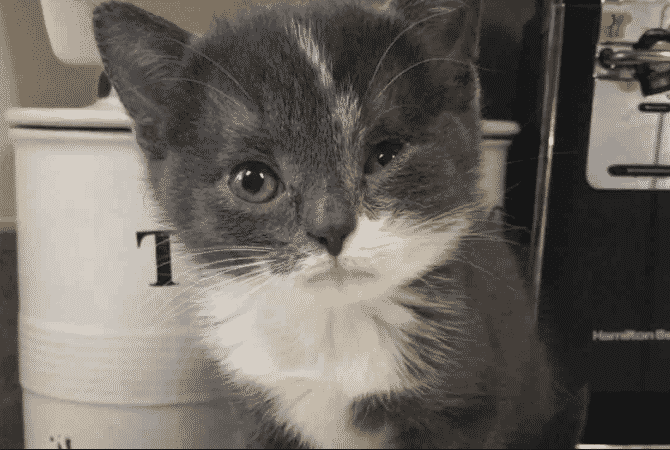 Because of his condition, Roger was having problems getting adopted. It seems that people weren’t very keen on adopting a kitten with an oversized head. This is when Dr. Arnold came into the picture! 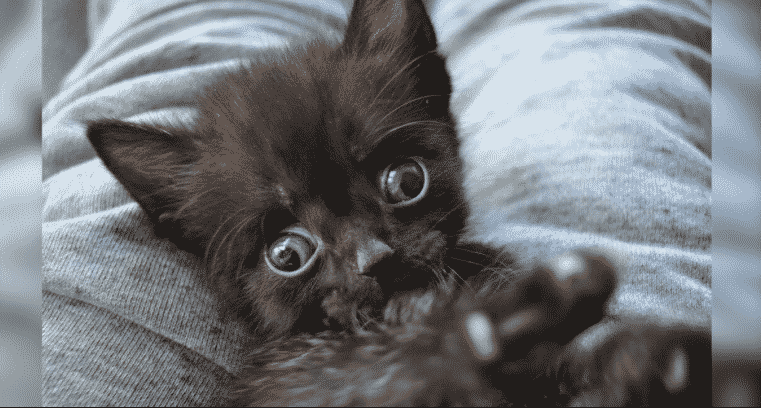 One of the ways to help treat hydrocephalus is to minimize damage to the brain by getting rid of the extra fluid in the head. According to catster.com, vets can achieve this by prescribing certain medications to the kitten, however, sometimes that isn’t enough. 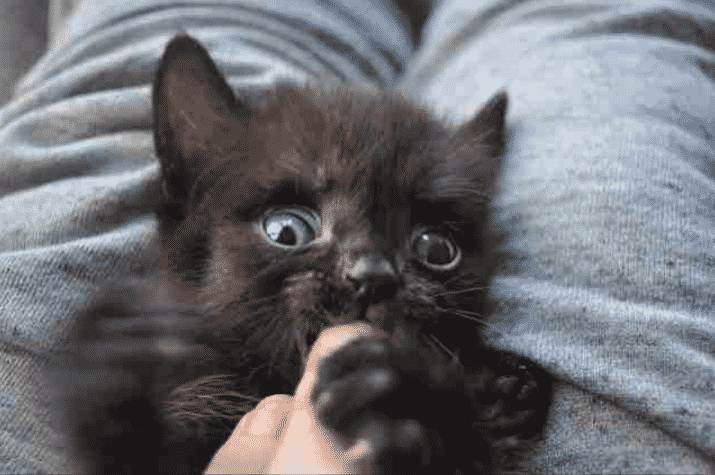 However, if there happens to be a tumor in the brain from the condition, medication won’t help. In that case, the vet has to surgically remove the tumor and lessen the swelling that way. 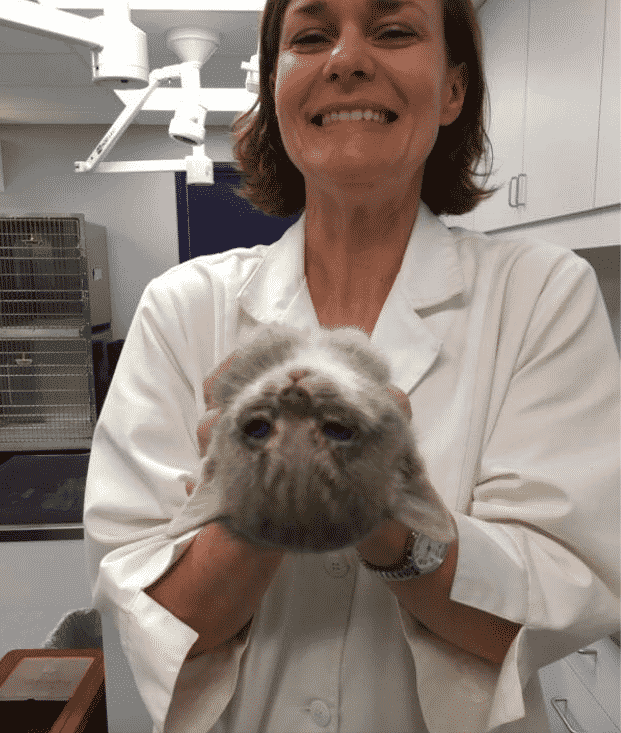 On the bright side, many kittens that are born with hydrocephalus respond very well to treatment. In fact, many of them continue to live long and healthy lives! Roger happens to be no exception to the rule. 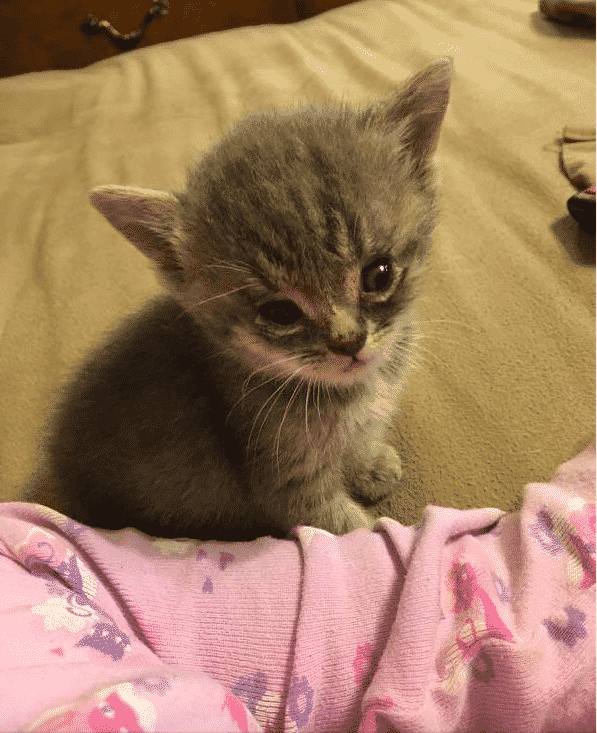 Dr. Arnold immediately noticed that Roger had a very strong will to continue living. He hasn’t let his condition bring him down at all! “He tackles life and gets stronger everyday!” Dr. Arnold said. 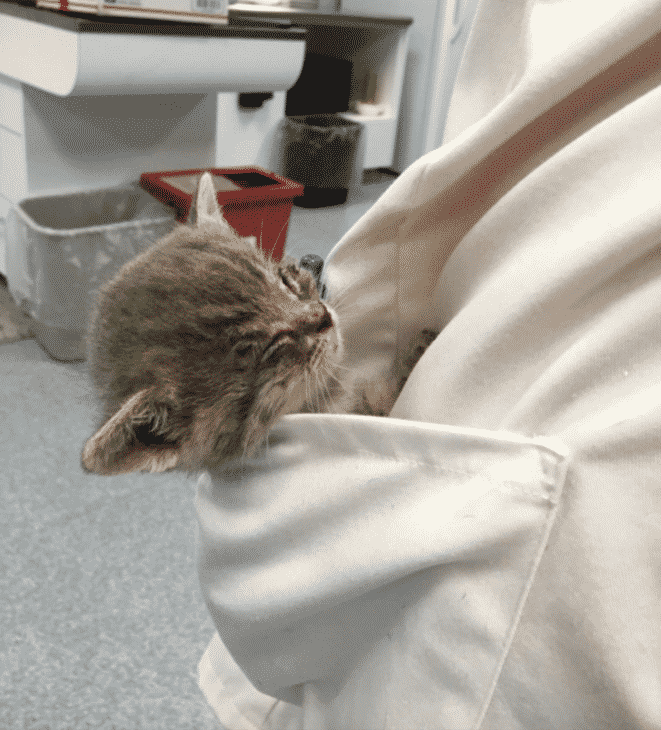 Dr. Arnold quickly got around to treating Roger and the kitten is doing great! He was so grateful to Dr. Arnold that he wouldn’t stop purring and cuddling in her lab coat pocket. 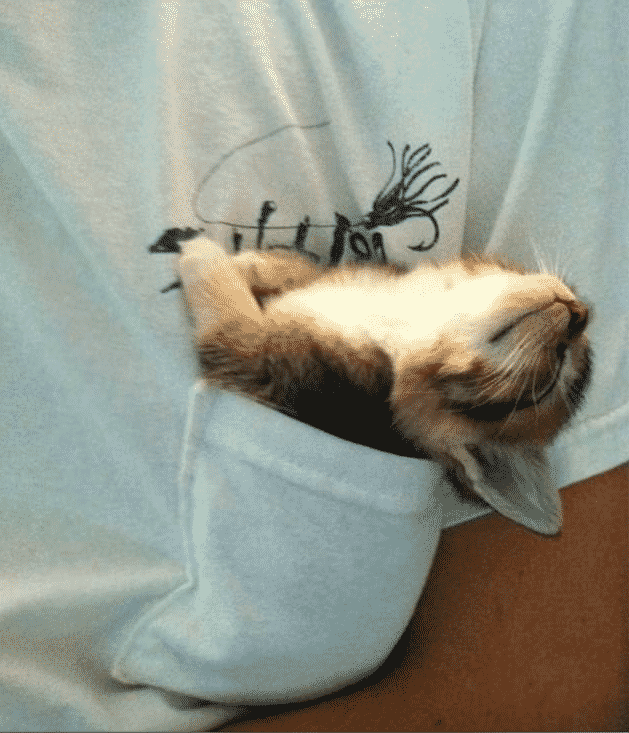 Finally, it was time to find Roger a foster home where he could be watched until being adopted. He has been enjoying life so much at his foster home and absolutely adores being snuggled. 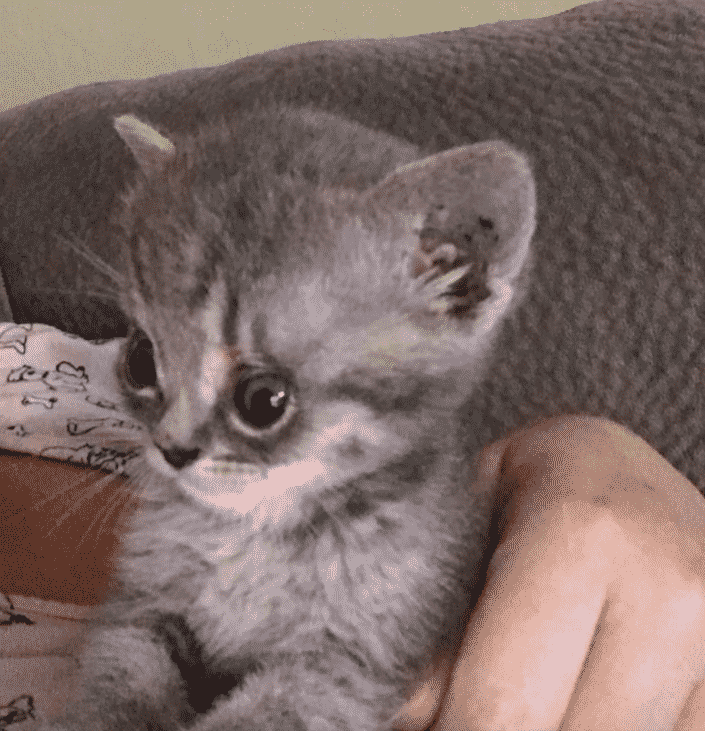 “This little guy came into the shelter tiny… but Roger isn’t letting any of that slow him down! He’s in foster care getting stronger everyday.” Luckily, things turned out great for Roger but he isn’t the first kitten to deal with a bad case of hydrocephalus. 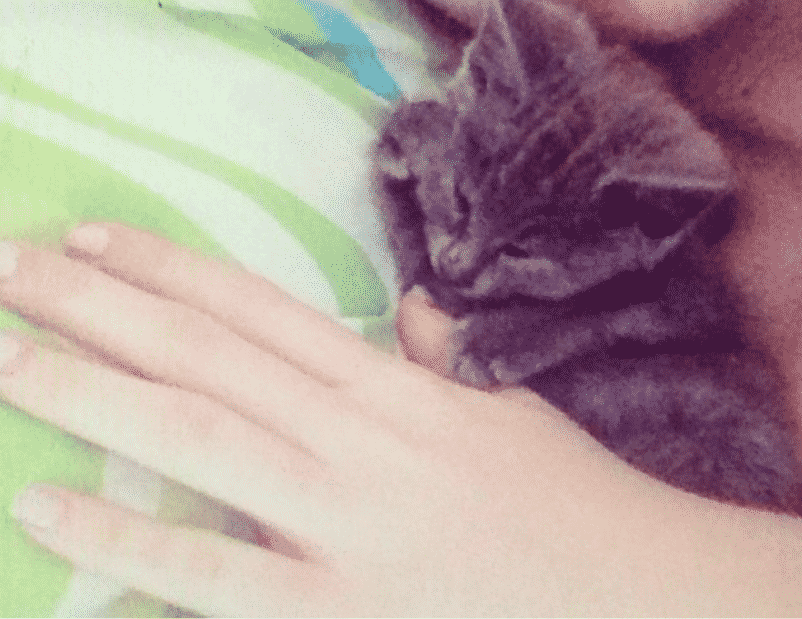 Kevin was only a tiny kitten when Tailah, a vet nurse, fell head over heels for him. He was found in a parking lot when he was only four-weeks-old and was taken to the vet. Kevin had an ‘odd shaped’ head and that’s what prompted the vet visit. 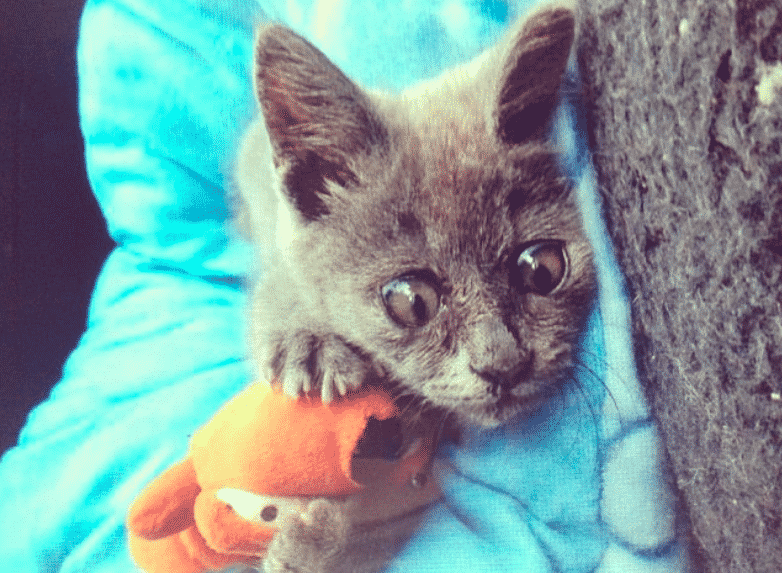 Kevin was diagnosed with the same problem that Roger had, hydrocephalus. Unfortunately, Tailah was warned that Kevin wouldn’t make it past five months. Tailah refused to accept that reality. 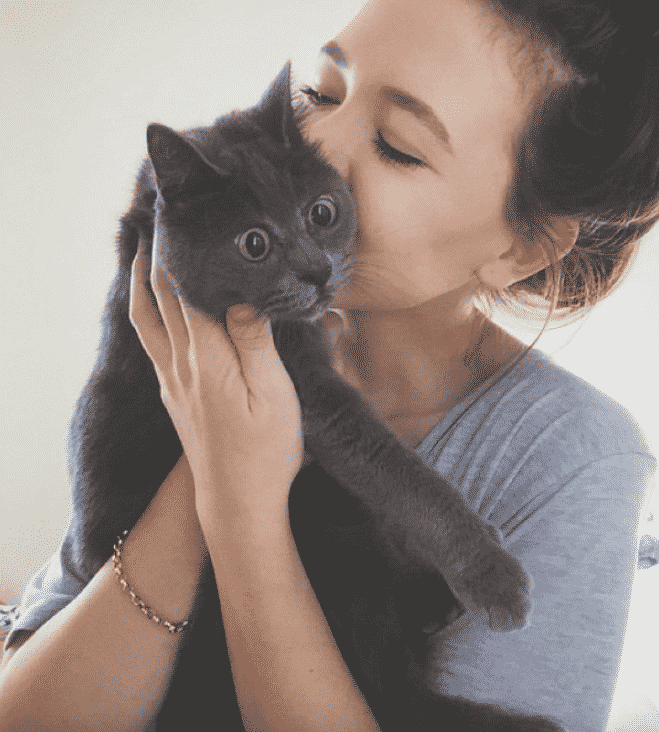 “It is a fancy word for ‘fluid on the brain’. It is a serious condition and can impact sight, hearing and brain function. Kev is a total characteristic of this as he is (not completely) blind and deaf and to put it gently… he’s very ‘special‘,” Tailah told Love Meow. 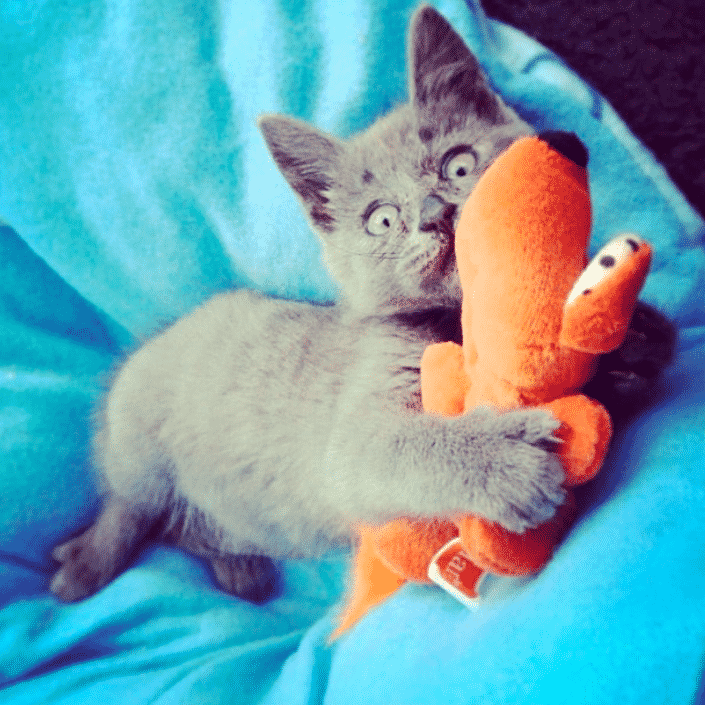 “I fell in love with him straight away and knew I had to give him a chance. I told myself that even if he passed away, I gave him all the loving I could,” Tailah said. However, Kevin was stronger than everyone thought. 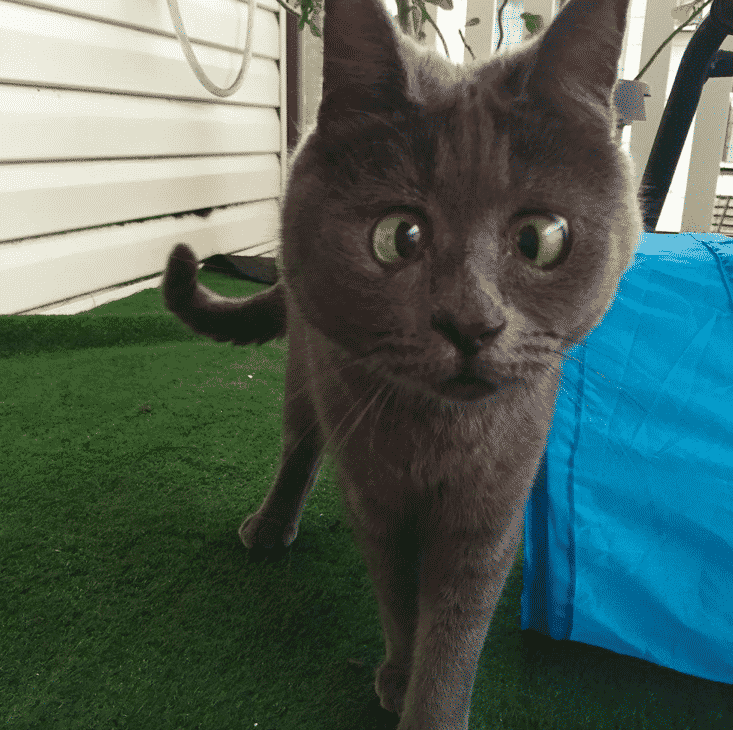 No one, besides Tailah, expected Kevin to be so perseverant about staying alive. The kitten had a real desire to live and continued to fight the ailment. Eventually, Kevin passed six months of living – stunning everyone! 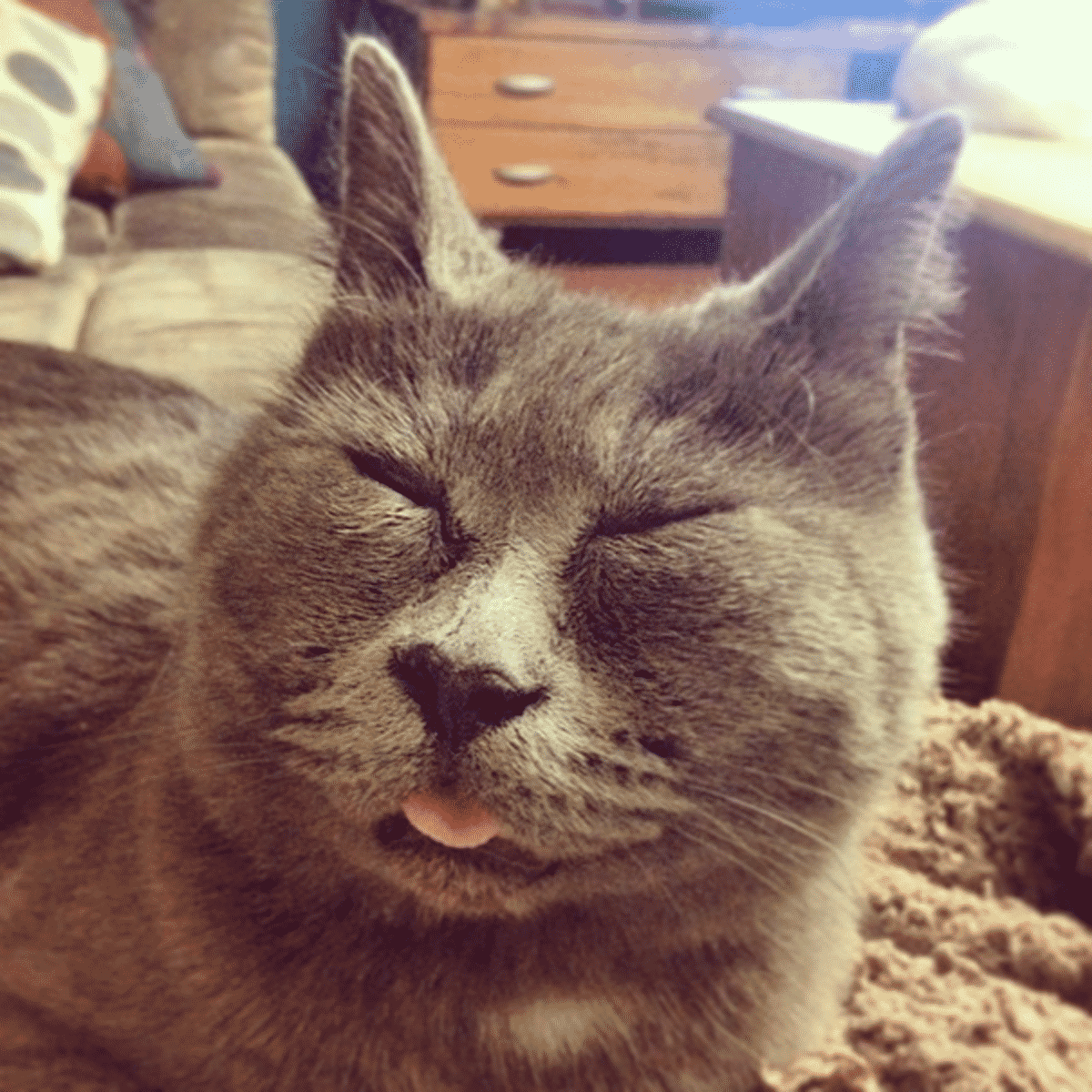 “He’s very little for his age. His favorite thing in the whole world is playing in his ‘man cave’ and he loves cuddles,” Tailah told Love Meow. “His man cave is the name we’ve given to his own personal balcony that has been enclosed and fitted with a cat door.” 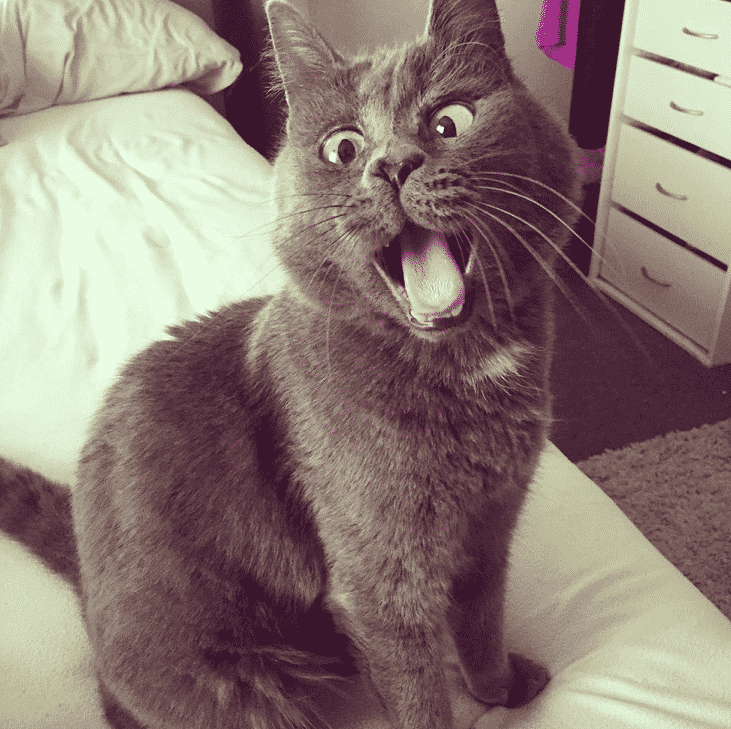 “He is the happiest, funniest, silliest little kid I know and I’m so glad I was able to give him a chance at life—a chance he grabbed with both paws and ran with!” Tailah is so grateful and states that, “Special needs kitties are amazing because they give back all the love they get.” 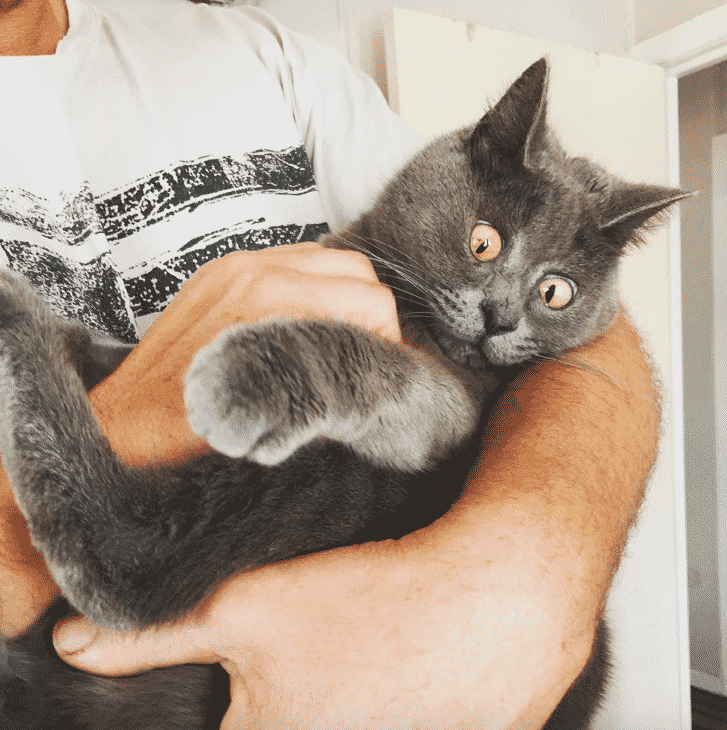 “Five years later and he’s still my best little love bug.” Kevin has surpassed the odds by a lot! Thanks to dedicated vet’s and caregivers, these two cats have managed to have a wonderful second chance at life.