Woman Sleeps Every Night With This Deadly Animal In Her Bed

What would you do if a lion appeared in your backyard? That would be a terrifying scenario, right? Well, not for Miekie van Tonder. This woman is sharing her bed with one of the world’s deadliest animals, an adult lioness! How is that possible you ask? Well, make sure to keep reading and you will find out. 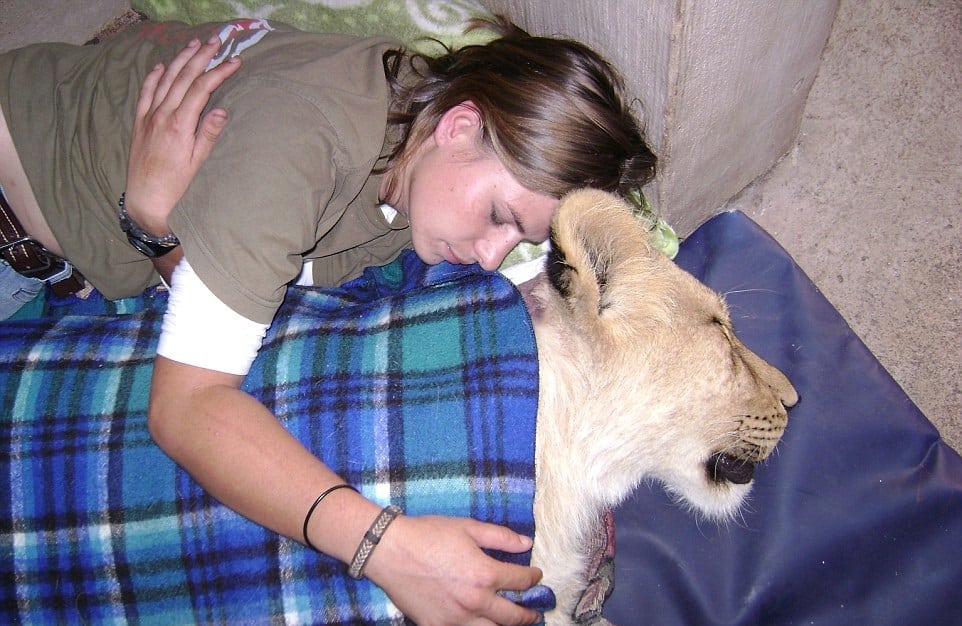 The woman in this picture is Miekie, and as you can see, she is not afraid of getting close and personal with deadly beasts. You will be amazed to find out why the lioness doesn’t attack Miekie! 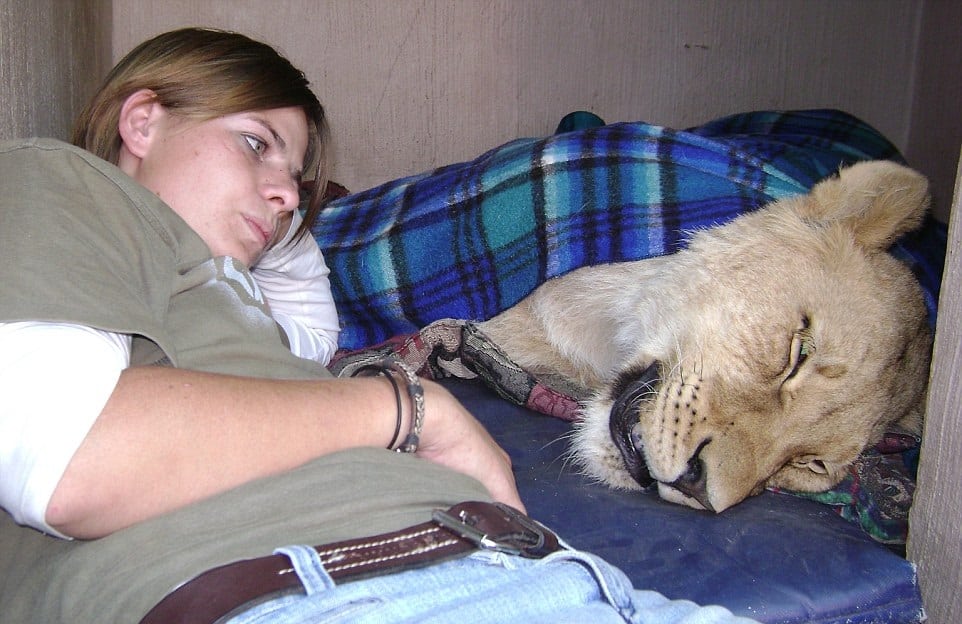 As crazy as this might sound, Miekie and the lioness share a strong bond between each other. Miekie has raised the fierce lioness since she was just a baby and that’s why the animal doesn’t attack her. 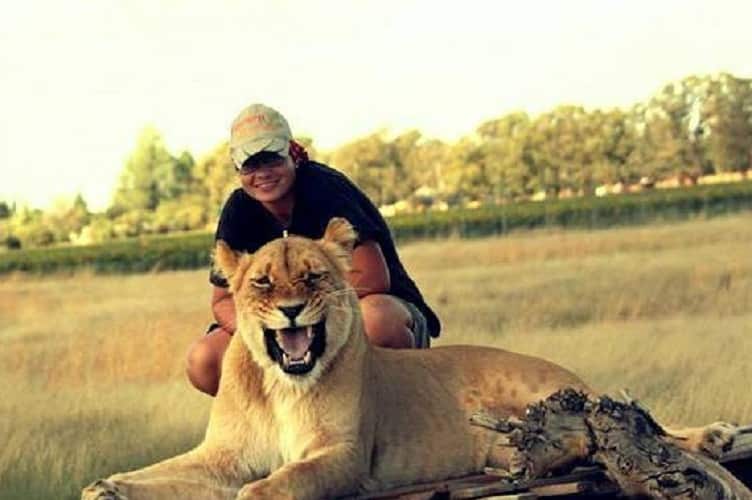 Despite being one of the world’s most dangerous animals, the lioness acts just like a kitten when Miekie is around. The next picture will bring a smile to your face! 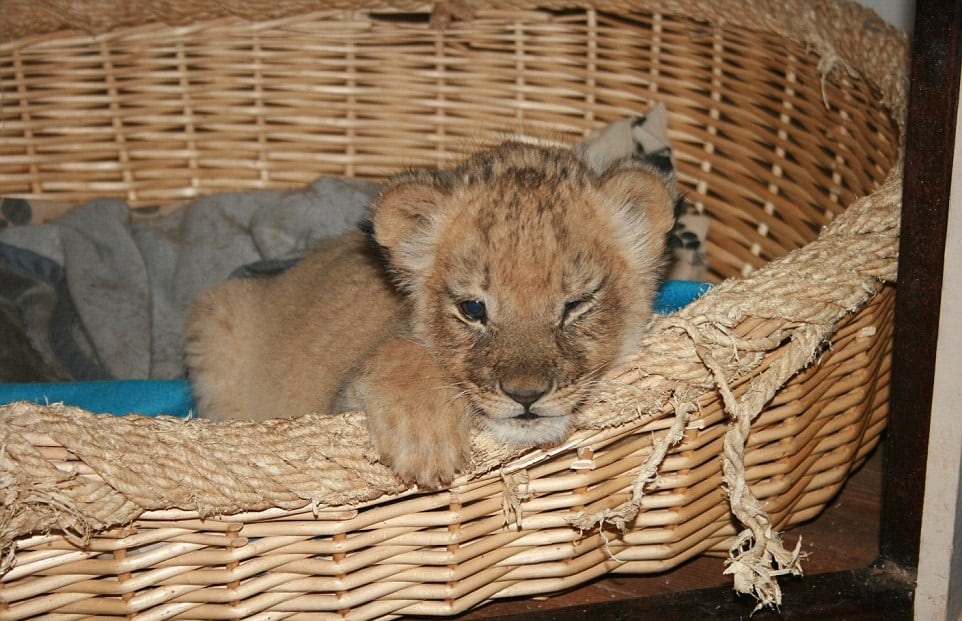 The lioness’s name is Elsa, and she has been with Miekie since she was a little cub. Isn’t Elsa the most adorable thing ever? The next picture is even cuter than this one! 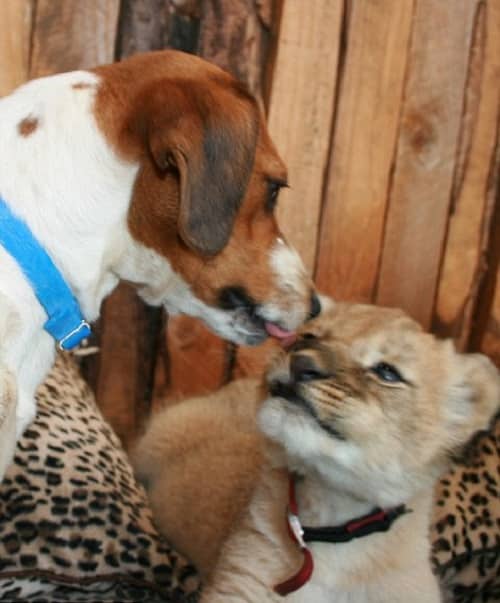 Elsa has been living with Miekie for a couple of years now, and to everyone’s surprise, the fierce lioness became best friends with Miekie’s dog. However, this doesn’t mean that Elsa is not to be feared! 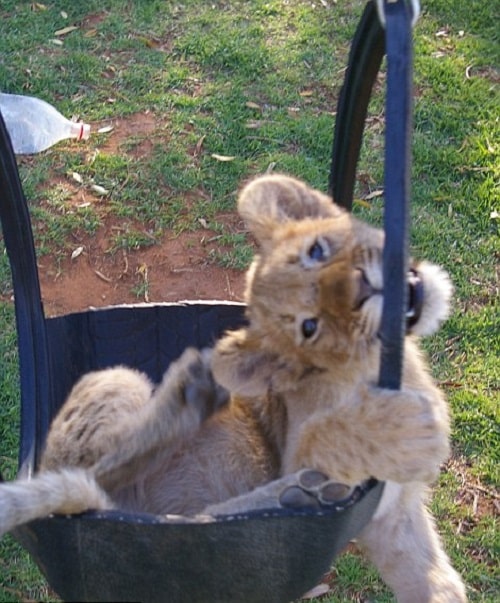 Even though Miekie has raised Elsa since she was a small baby and fed her by hand, Elsa is still a fierce predator at heart. The lioness has big teeth and sharp claws which means that Miekie needs to always be on guard while sitting next to her. 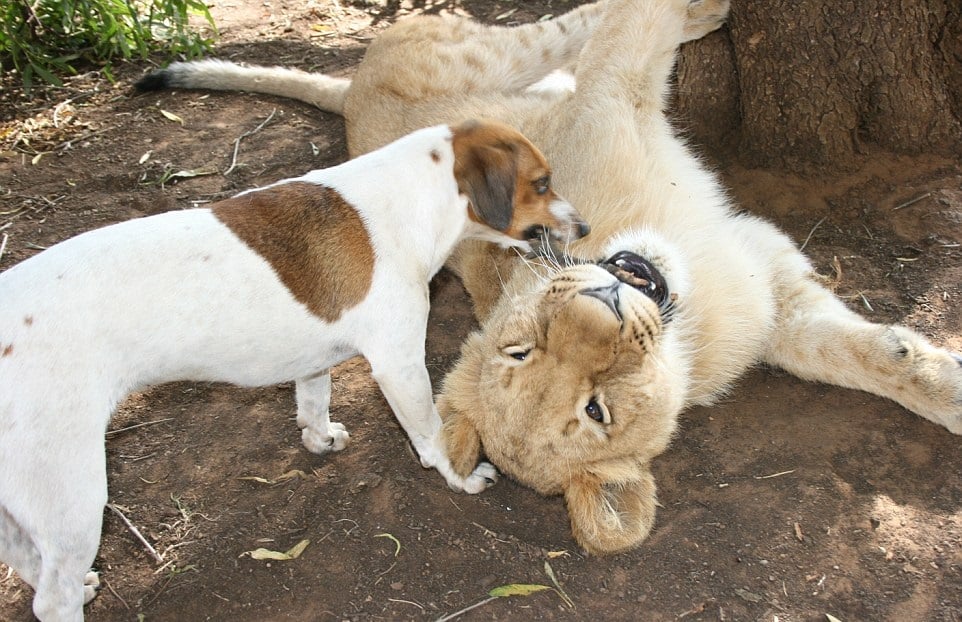 Just like you would expect, Elsa quickly grew bigger than her dog best friend and Miekie needed to supervise them. While Elsa might not have any bad intentions, she still could hurt the dog while playing around. Just check out the next picture, and you will see what I am talking about. 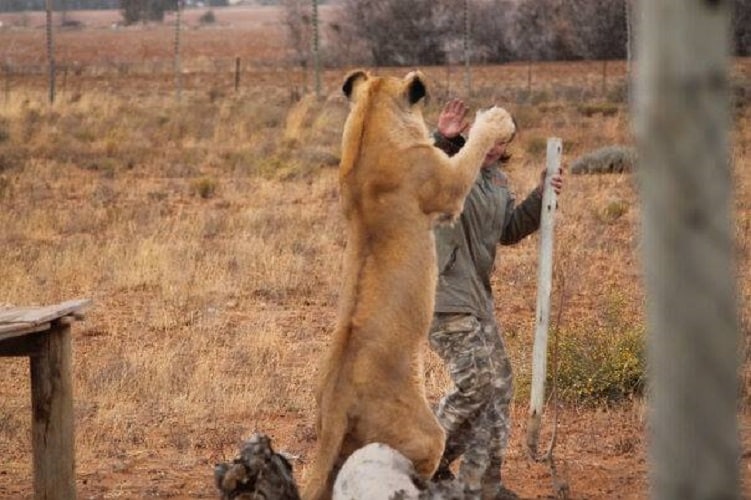 This picture clearly shows us that Elsa is still a fierce predator that Miekie needs to be careful around. What do you think Miekie has to say about Elsa’s size? Do you think she is afraid? 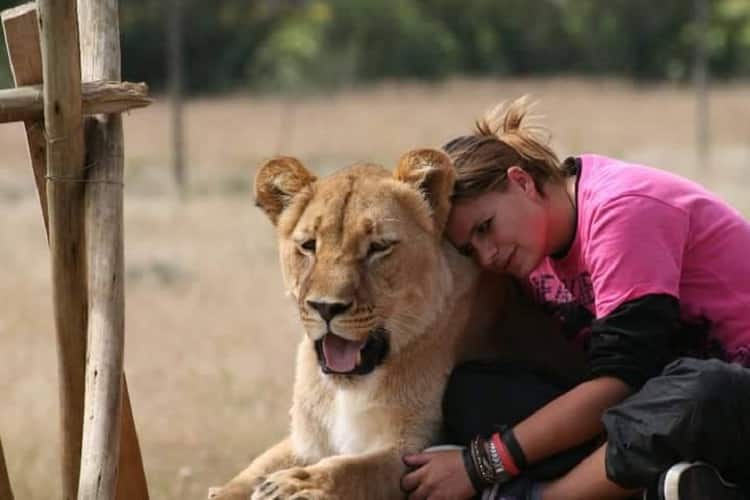 Miekie is fearless and despite Elsa’s sharp claws and huge size, the woman still shares her bed with the lioness. Although, things have not always been well for these two. The next picture is heartbreaking! 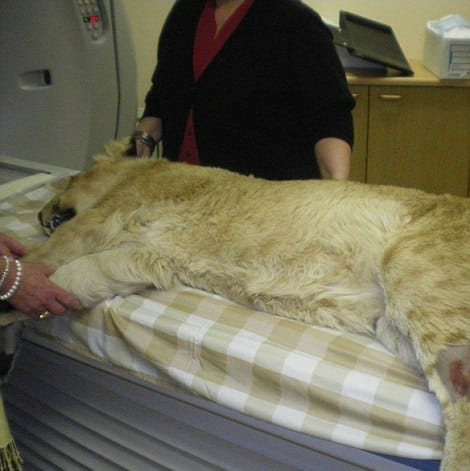 Miekie wanted to help Elsa socialize with other adult lions and she let them play around. Sadly, the bigger lions were playing a bit too rough and they hurt Elsa’s neck. 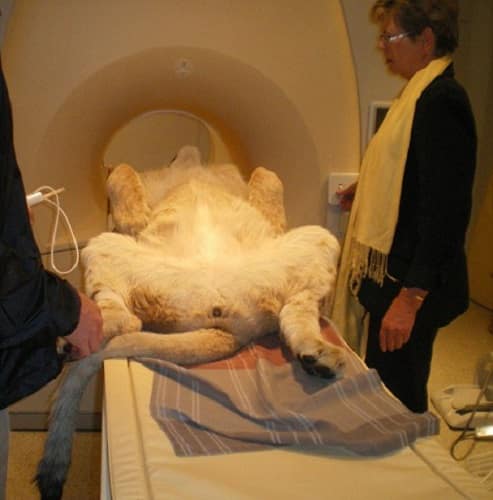 Elsa spent all her life playing with the dog, and she didn’t know how to act around adult lions which got her hurt pretty badly. In fact, Elsa got hurt so bad that she needed surgery! 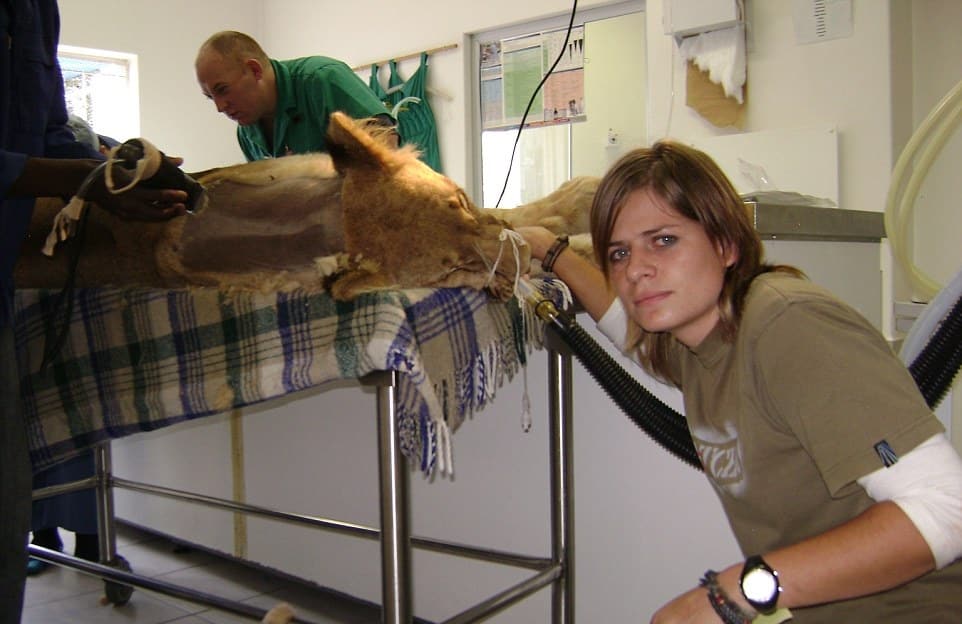 Miekie was heartbroken when she found out that her pet lioness got hurt badly, especially since she didn’t have enough money to afford the surgery. You will be shocked to find out how Miekie managed to raise funds for Elsa! 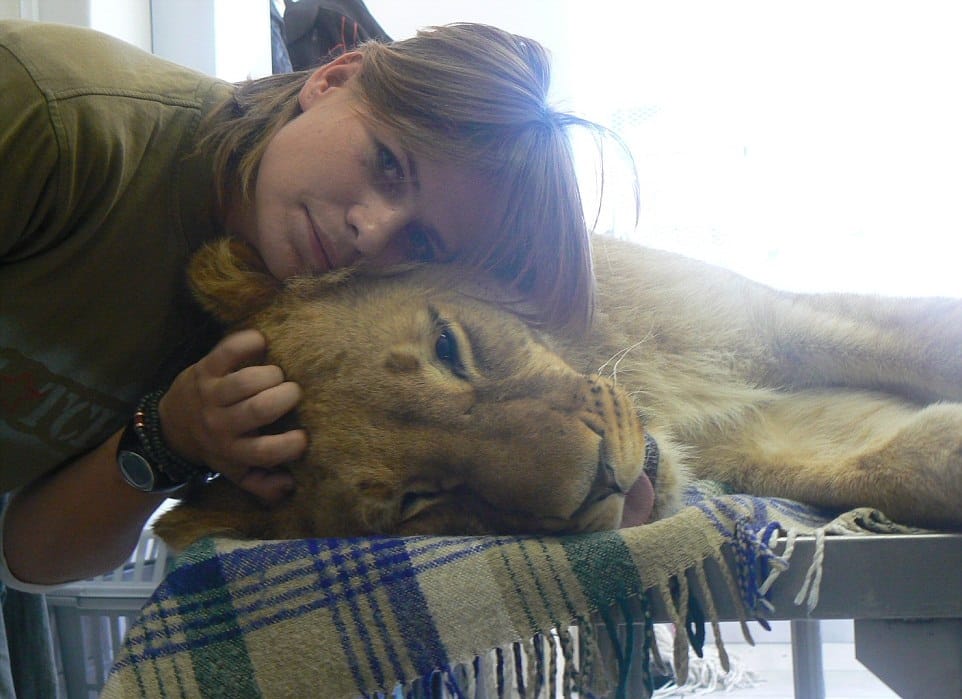 The woman knew that she needed to find a way to raise money for her injured friend, so she did everything in her power to get money for Elsa’s surgery. Keep reading to find out how Miekie managed to do that… 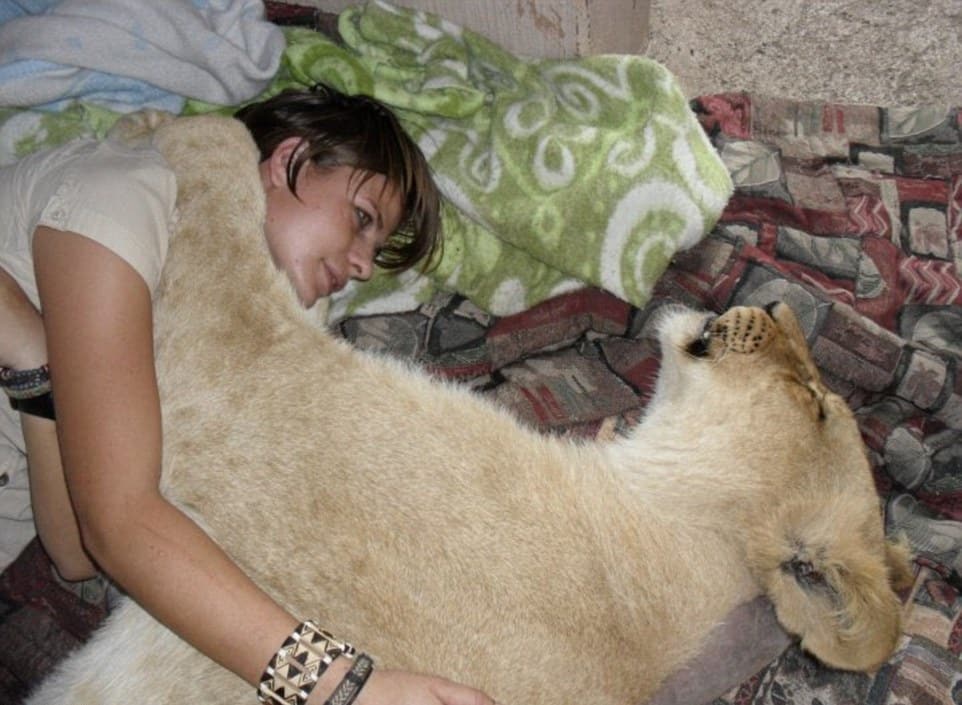 Not having any other options, Miekie dressed up as a lioness herself and went out on the streets to ask people for donations. Do you think Miekie’s plan worked? 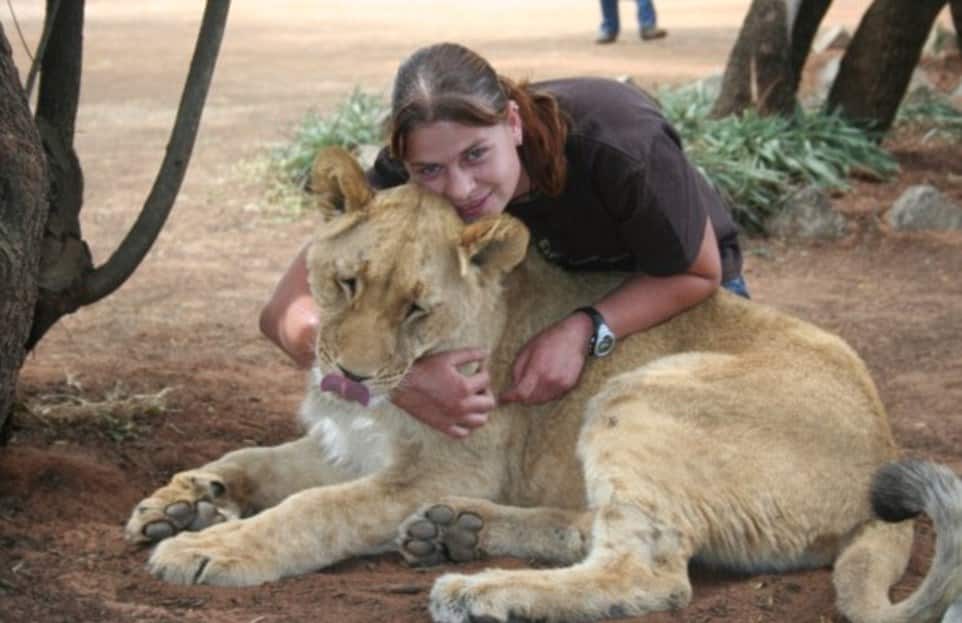 Fortunately, people felt Miekie’s pain and donated enough money for her to afford Elsa’s surgery. This is where things get risky because the surgery didn’t have a guaranteed success rate…

5. The Surgery Was Succesful 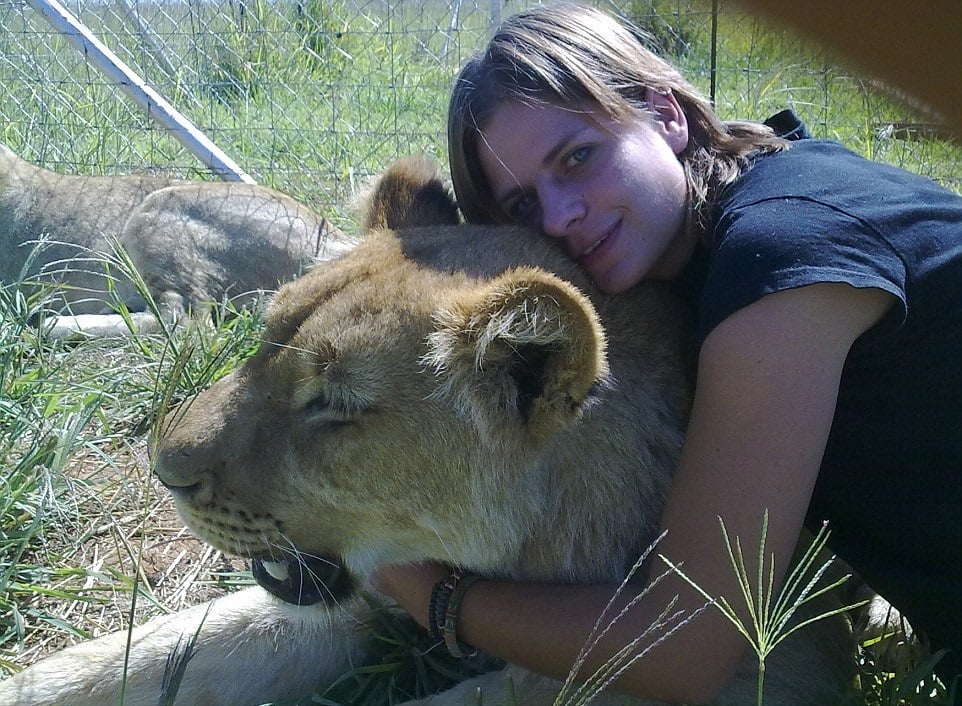 The surgery was successful and Elsa started feeling better as soon as she was released from the hospital. This brought a smile to Miekie’s face and she knew that she did the right thing by dressing up and asking for donations from strangers. 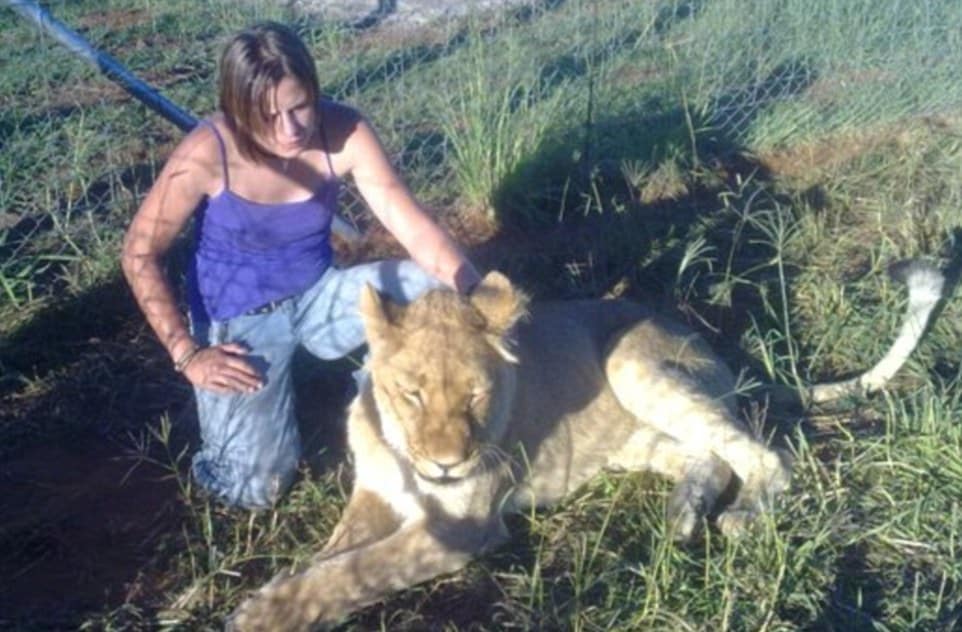 Miekie showed to everyone that animal lives matter and even though Elsa is an exotic predator, she needs love too! 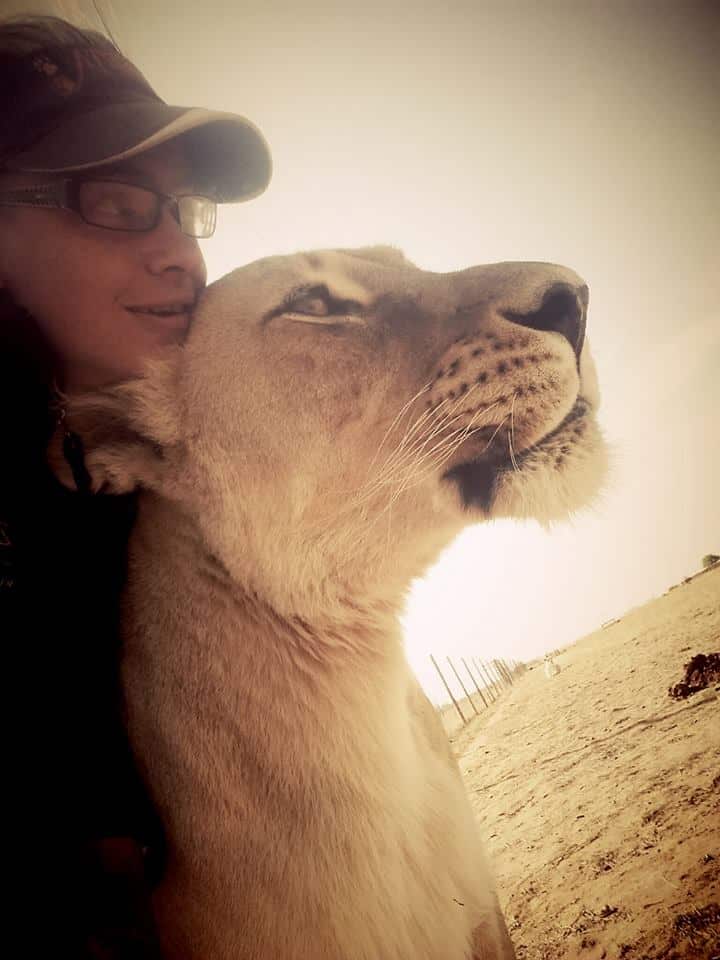 Now that Elsa is feeling better, Miekie has taken her to a special lion refugee. You won’t believe what Miekie wants to do next!! 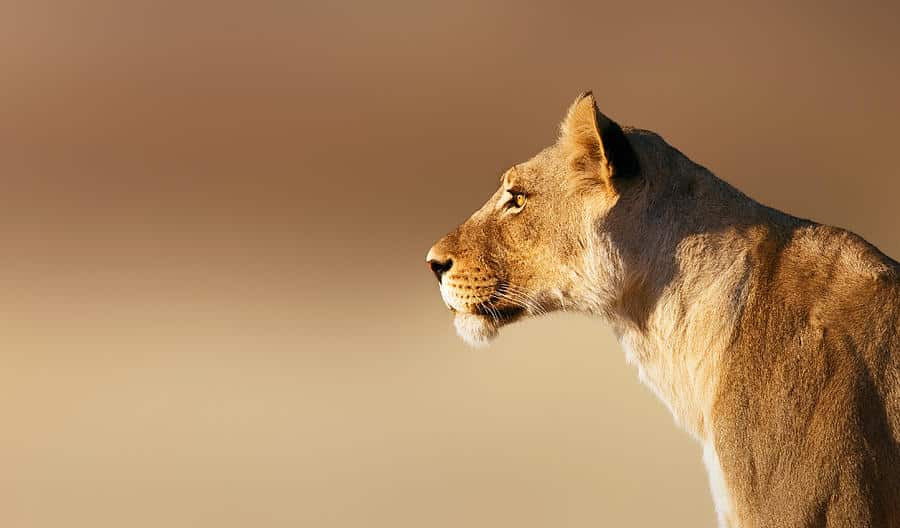 Even though Elsa was hurt when she tried to meet other lions, Miekie believes that there’s still a chance for Elsa to integrate with other lions. Miekie is letting Elsa play with other lions once again, but she is supervising the entire thing now. 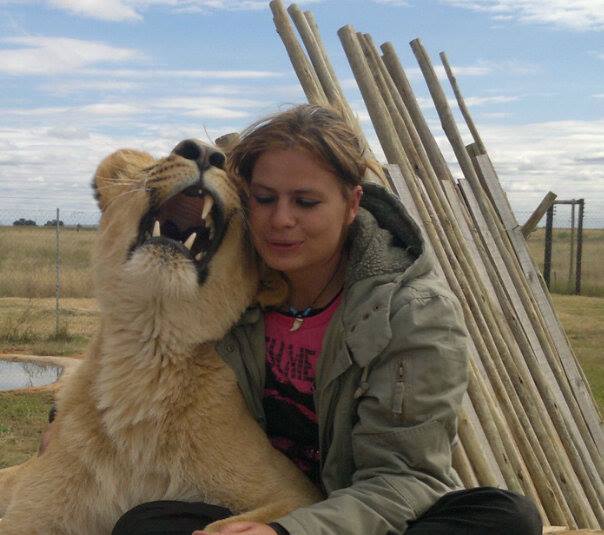 We have to admit that Elsa is really brave for wanting to meet with other lions after being attacked. Not just that, but Miekie is also courageous because there aren’t that many people who would share their bed with a lion!