When Rescuers Found These Dogs Hugging They Were Stunned

These puppies were left at the side of the Iskilip Highway in Turkey. If Crystal Carson of the ‘Rescuers Without Borders’ hadn’t flown in all the way, the furry friends could have lost their lives. 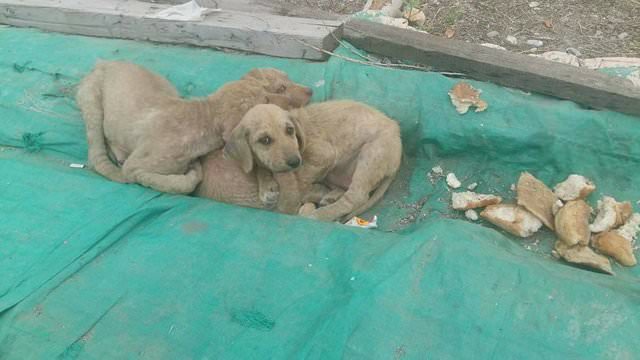 How the dogs ended up on one of the busiest highways is a mystery to this date – For all that most people know, these puppies are one of many stray dogs that are found all over the country on daily basis.

19. Thanks to the Timely Help from ‘Rescuers Without Borders’ 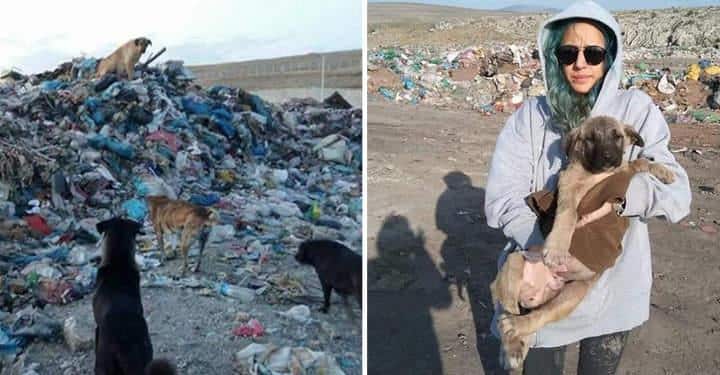 Crystal Carson, on the other hand, wouldn’t give up on the helpless puppies since the day someone sent her a couple of shocking images. You can see the animals are desperately in need of help; their health is severely compromised, and the cold weather seems to have taken a toll on the puppies’ innate resistance to temperature drops.

18. But How Did The Puppies End Up On the Highway Median? 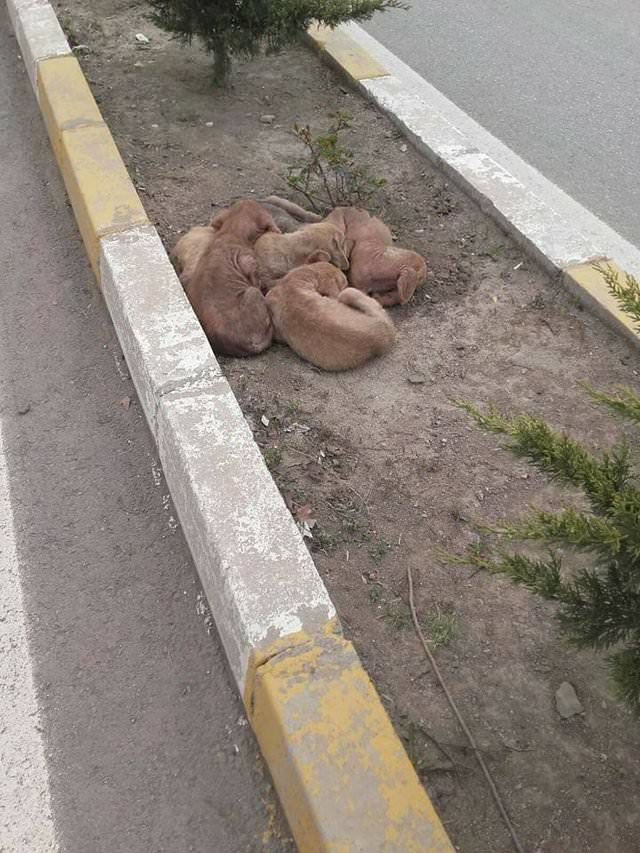 Our best guess, like anyone else is that these puppies were dumped on the side of the road; perhaps an act of “mercy” instead of euthanizing them right away. Iskilip is one of the many areas of Turkey where homeless dogs are spotted on day-to-day basis.

17. No One Was Willing to Rescue the Poor Animals 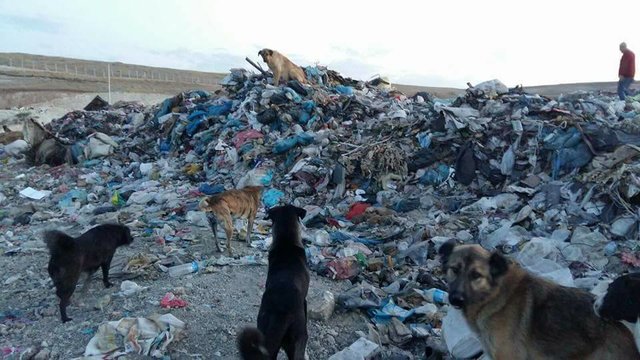 Despite of the fact that Turkey is brimming with qualified professional veterinaries, there is hardly anyone who’d claim responsibility for rescuing such hopeless cases. 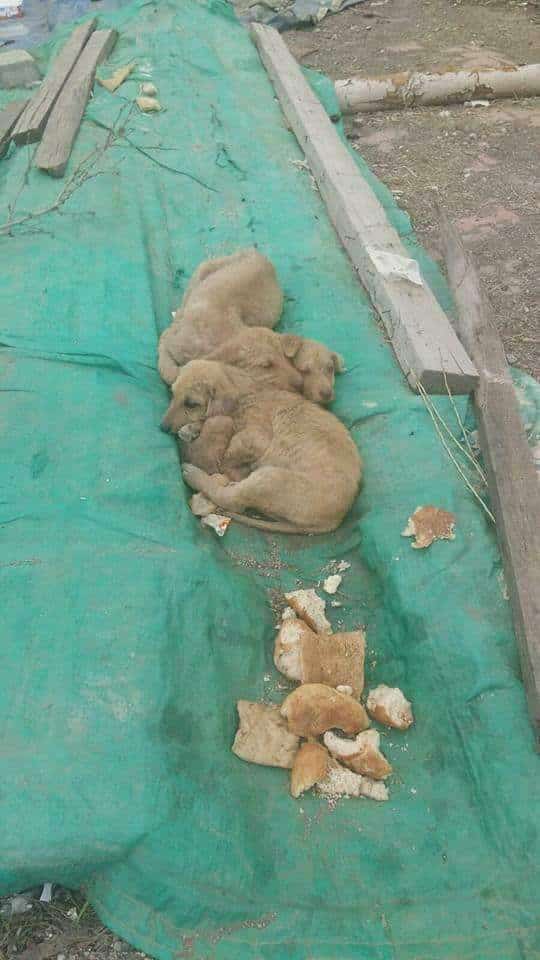 Last month, Crystal Carson of the ‘Rescuers Without Borders’ shelter received an email with images of these puppies huddled together. As soon as she saw the images, Crystal knew that something had to be done right away. Besides, these photos are more than enough to convince us of the dogs’ rotting misery.

15. Did You Know About ‘Rescuers Without Borders’? 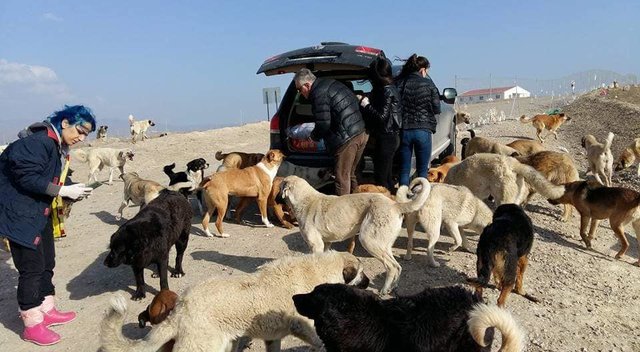 ‘Rescuers Without Borders’ is a U.S. based animal welfare center. Although, Crystal Carson mostly operates in the U.S., she was compelled to fly over to Turkey to lend an aiding hand to the abandoned highway puppies.

14. Iskilip Highway Puppies Were One of Many In Need of Desperate Help 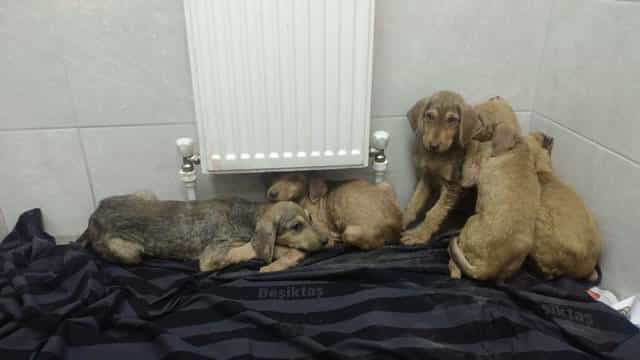 She said that the puppies had been stranded on a tarp spread over a median strip on the Iskilip highway. They had been there for weeks.

13. Some People Were Kind Enough to Give Food to These Dogs 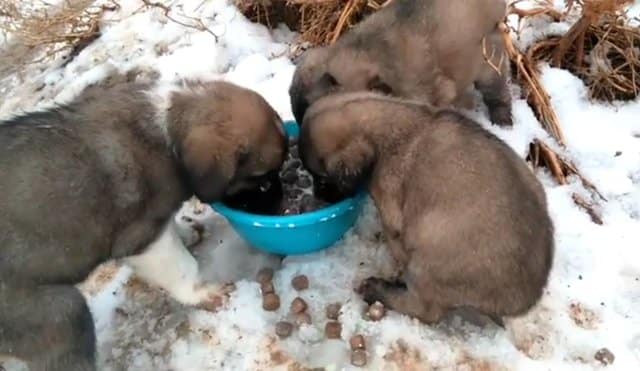 As you can see, the puppers were given bread and stale food by “good Samaritans” of Turkey, it wasn’t enough to prevent an imminent loss of life. After arriving in Turkey, Carson said, “The temperatures were pretty cold by the time we appeared in the town. That made things a lot worse for the puppies.” 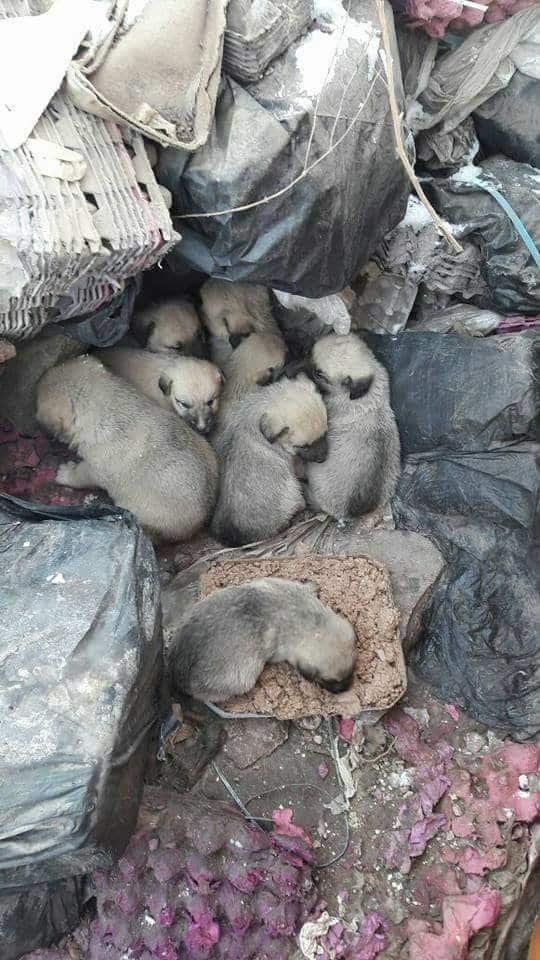 Crystal Carson was deeply concerned about the current state of the soon to be rescued dogs. This wasn’t her first rodeo in Turkey, she has rescued numerous stray dogs from abandoned construction sites, garbage disposal dumps and other areas.

11. Turkey Has Highest Number of Abandoned Animals In Need of Help 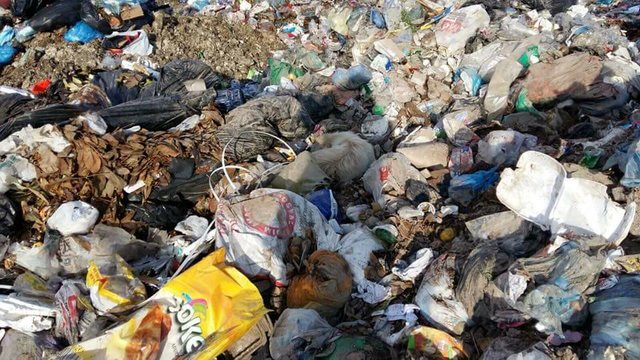 However, stray dogs living in packs have somewhat of a survival instinct regardless of the harrowing environmental circumstances.

10. Rescuers Bring In Other Puppies Alongside Iskilip Highway Dogs 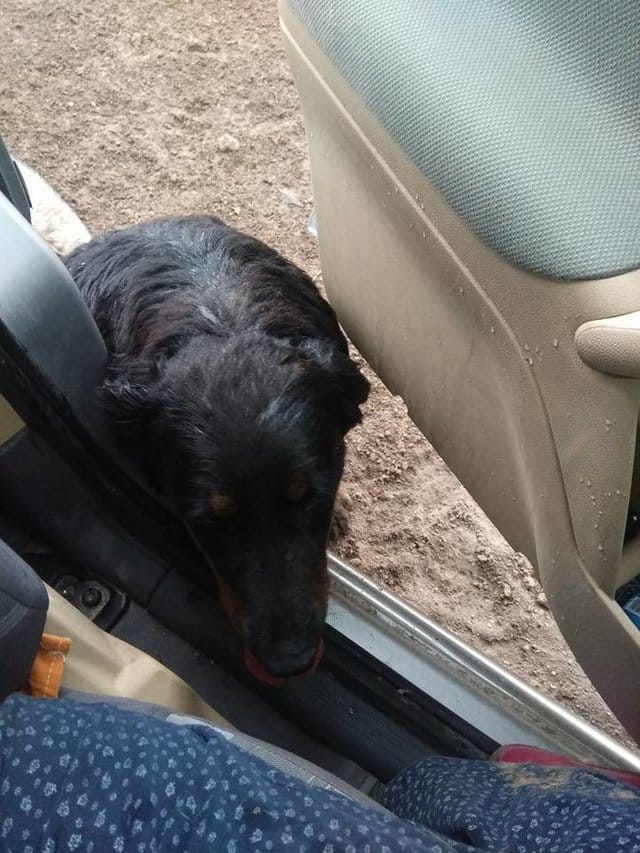 The sad thing about Iskilip Highway puppies was that they were too young, and they were entirely at the disposal of bystanders or other people who’d drop leftover food where the dogs were huddled together.

9. The Dogs Already See a Ray of Hope 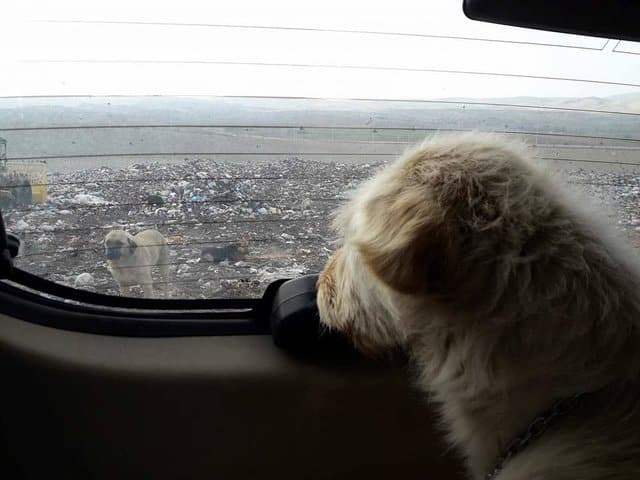 Cyrstal Carson said, “These dogs were huddled together to stay warm, and probably feel secure. When they were not spread out on the tarp, the puppies would crawl under slabs of concrete to remain in seclusion where they were least bothered by a constant barrage of traffic horns, strangers and whatnot.” 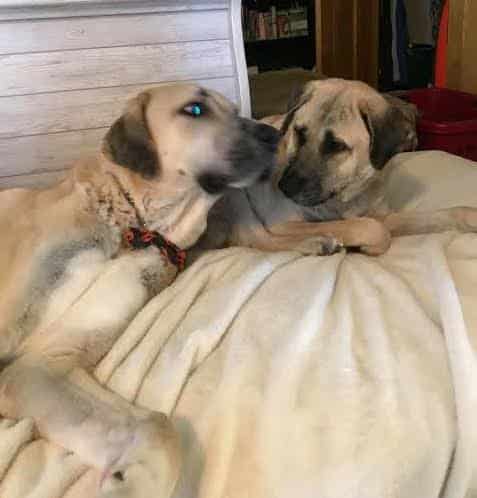 Without outside help, these dogs would have died after a few weeks. In fact, when Crystal Carson brought them in for a medical examination, the veterinary doctor gave Crystal a hopeless grin. 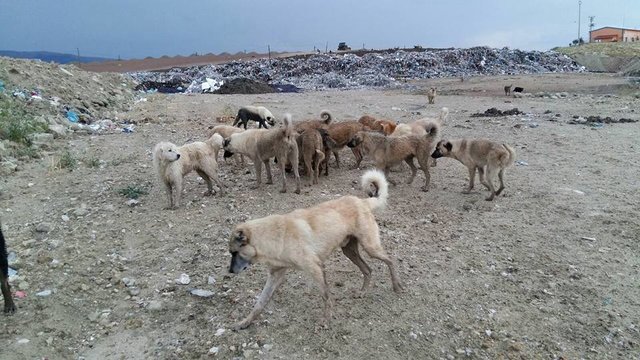 The dogs were reportedly carrying a skin disease called: Mange. It is contagious, and if left unsupervised, mange can cause loss of life among animals within a matter of days. Sadly, one young pup lost his life after few days because he was not only sick, but also riddled with parasites.

6. ‘Rescuers Without Borders’ Were On a Clock! 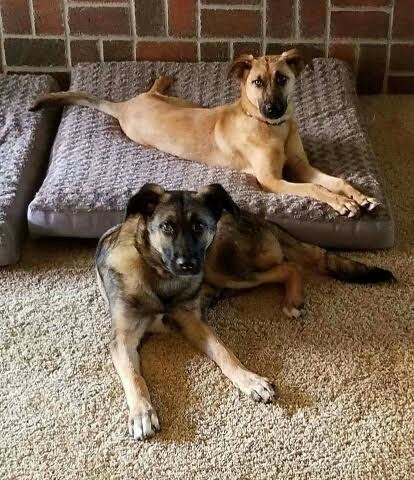 The other two puppies came through and slowly started recovering. All thanks to the hired locals by Crystal Carson and the ‘Rescuers Without Borders’ team, things finally started looking up.

5. No One Was Willing to Pickup the Dogs from the Highway 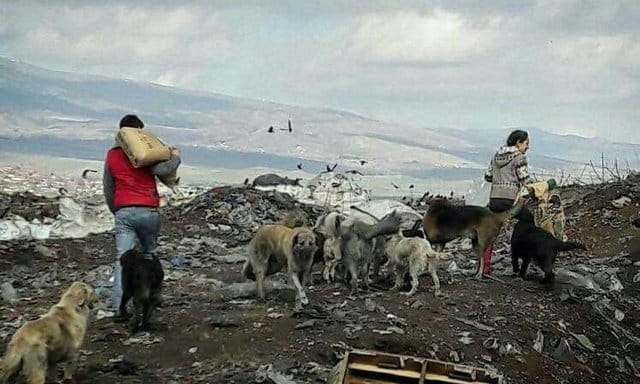 “They were diagnosed with mange, which did not surprise me since we could see that from the puppies’ appearance,” said Carson when asked about her first time interaction with the Iskilip Highway dogs. However, the other two survived and showed signs of drastic recovery after a few weeks’ time.

4. Fortunately, an Ankara Veterinary Clinic Volunteered to Step In 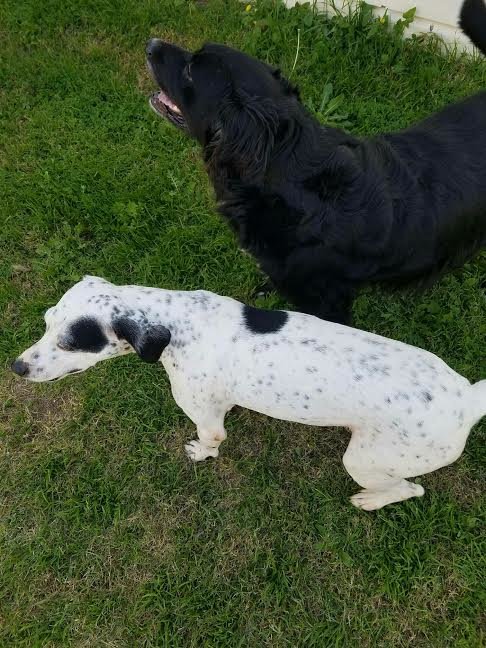 As of this day, these puppies are stationed at a Veterinary clinic in Ankara – Turkey. However, as soon as they are fit for travel, Crystal Carson will be bringing them back to the U.S. for adoption. Right now, the dogs are receiving vaccines to strengthen their immune system. 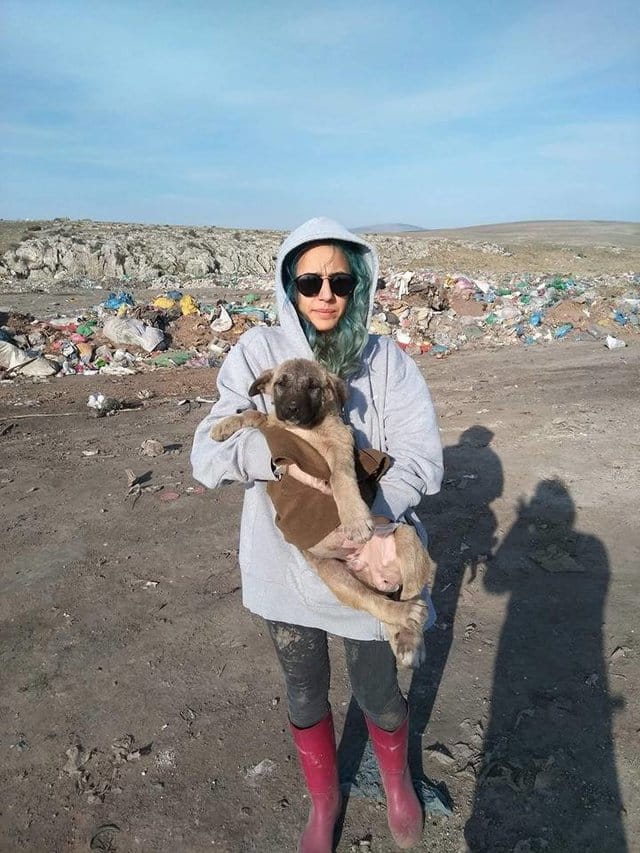 Crystal Carson has been actively partaking in rescuing dogs and other abandoned animals for the last few years. She said that fosters are desperately needed, and ‘Rescuers Without Borders’ pays for everything. 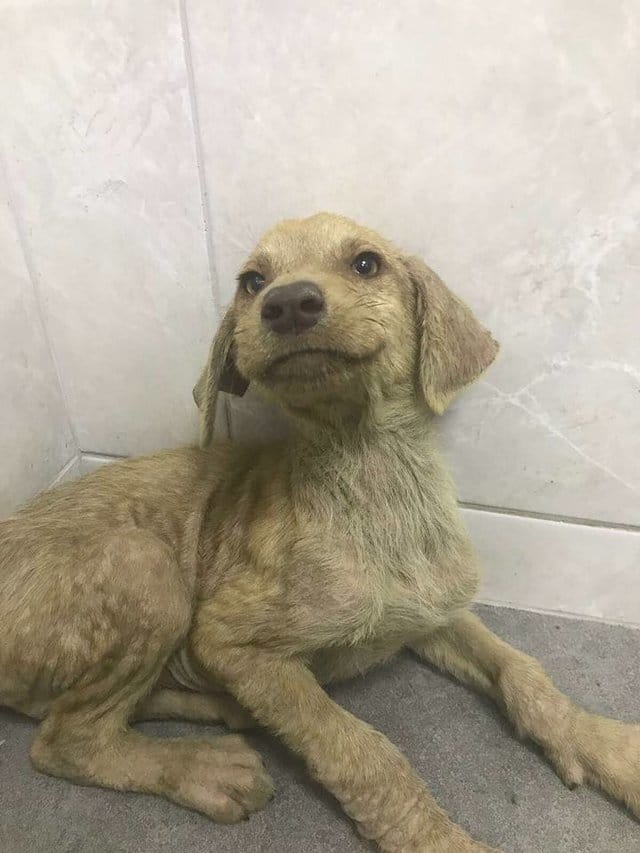 All that needs to be done is providing a safe and loving environment to the animals AFTER they are rescued and considered fit for adoption.

1.Have You Got A Wonderful Animal Rescue Story to Share? 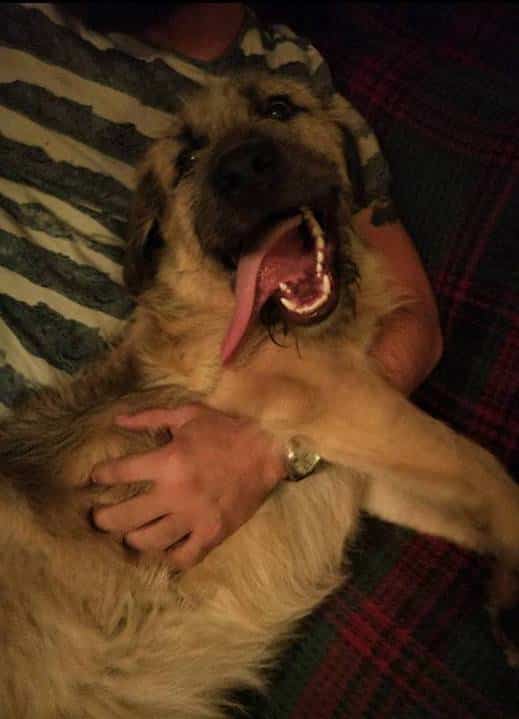 It doesn’t matter which part of the world you’re from because we believe that kindness knows no bounds. If you have an amazing animal rescue story to share, don’t forget to write to us, or share your experiences through the comments section below.