This Florida Family Is Living With 14 Bears

This Florida family has defied all odds when it comes to housing a wild animal at a private residence. If you thought our last month’s coverage of a Russian family taking care of a giant grizzly bear was stunning, this post will surely knock your socks off.

20. Meet The Welde Family From ‘Bearadise Ranch’ In Florida 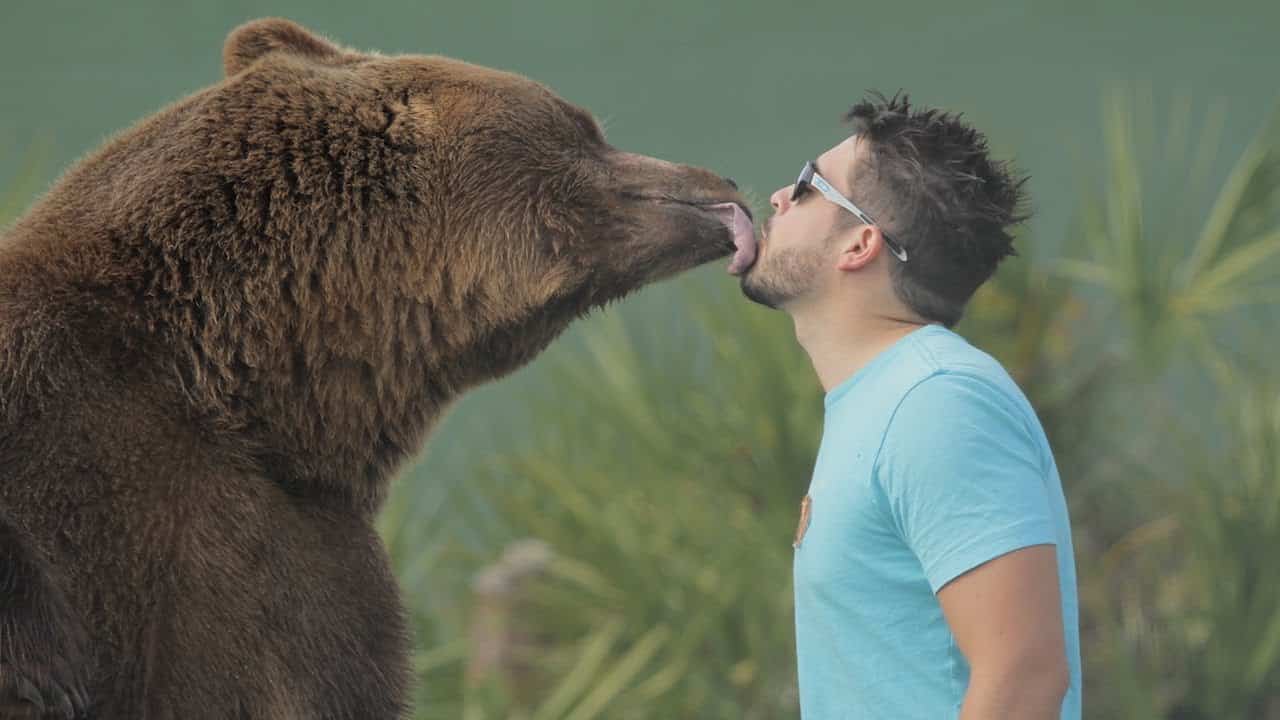 The Welde family from Florida has been herding bears for the last few decades. Here’s how everything started…

19. They Have an Unusual Tradition of Taming Bears 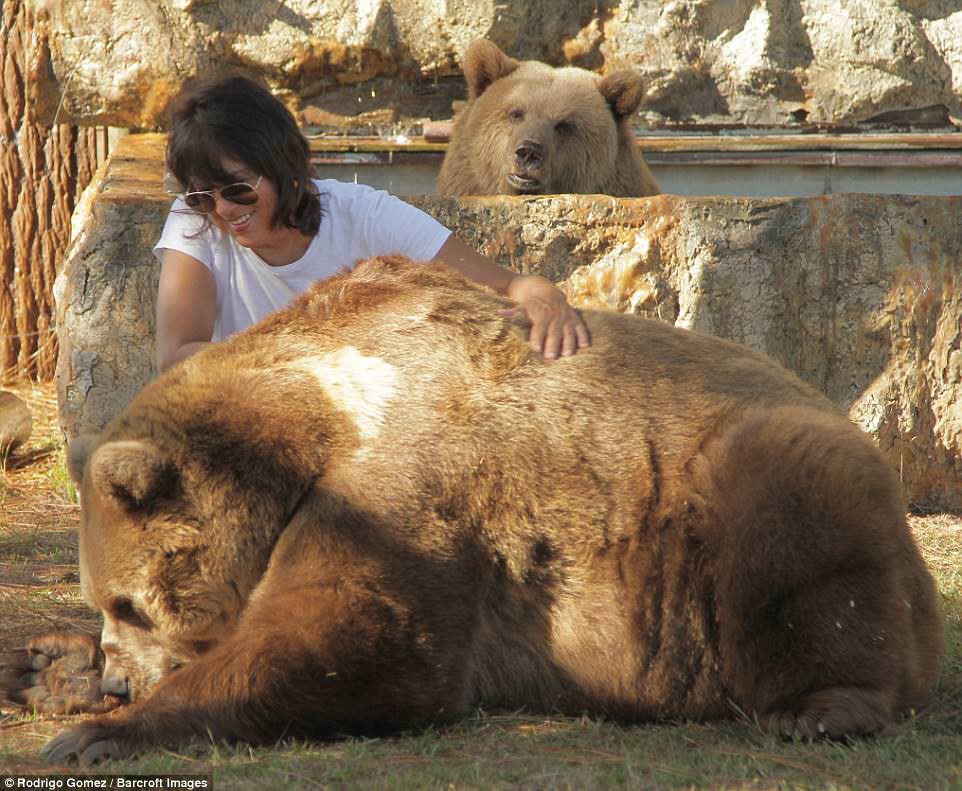 Currently, they live with 13 bears and a young cub, making it a whopping 14 bears, which is definitely a lot to handle for any household. However, as Welde’s recall their experiences, they couldn’t be more happier to make the bears a part of their family, daily chores and whatnot. 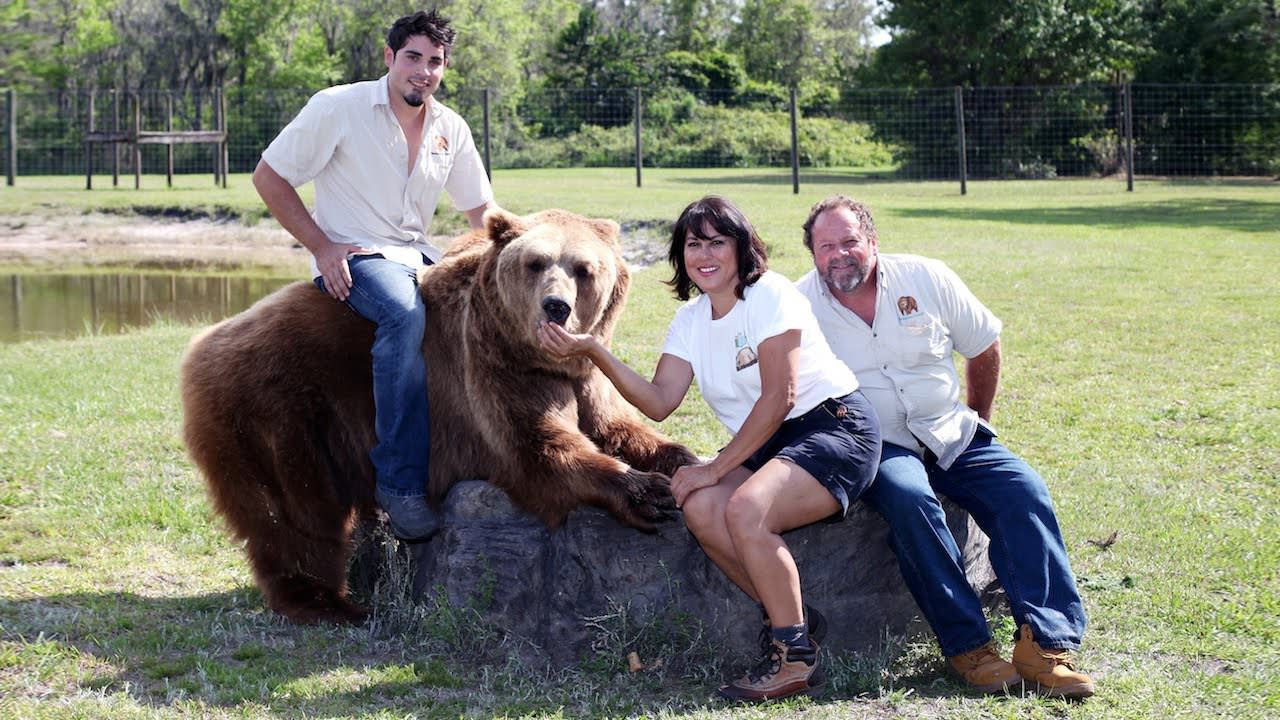 It all started over 9 decades ago when Johnny Welde Sr. moved to the U.S. from Norway. He was known in the family for someone who was fascinated with bears. The old man had a track record for training wild animals, and since policies were a little lax in 1940s, he was allowed to house a few bears at the family’s private ranch. 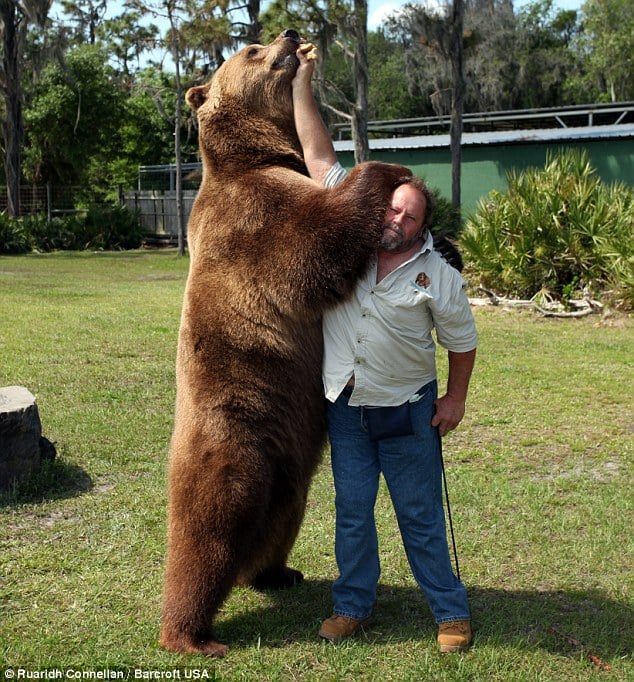 Several years later, the small number of bears started growing, so much so that the Weldes had to call in extra support from distant family members to keep the bears in order. Needless to say, some days were rough, while others served as a vivid recollection of training bears and preventing them from going extinct in the U.S.

16. All Was Going Fine Until This Happened… 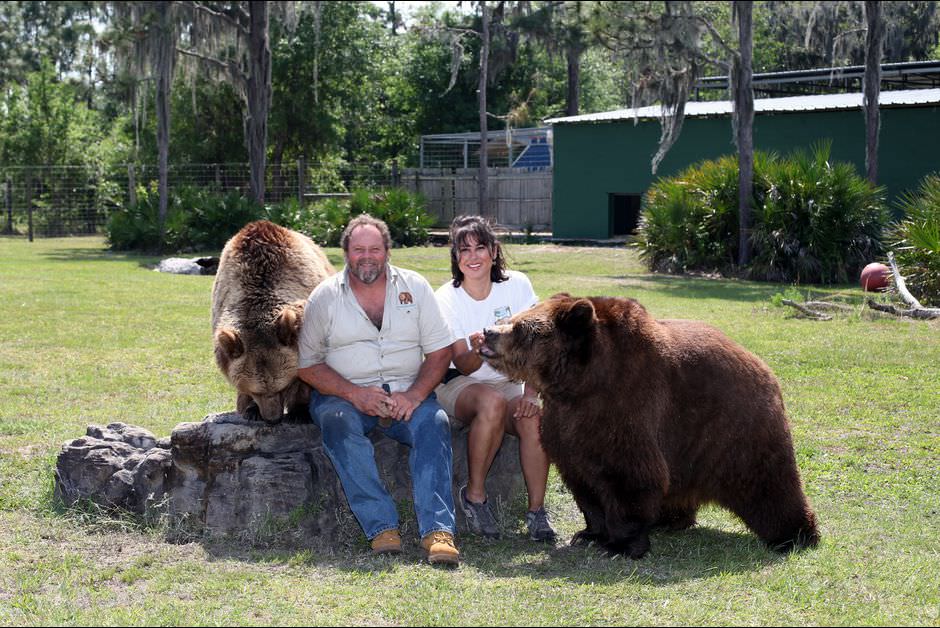 Last year, Johnny Welde Sr. passed away, unfortunately. It was a devastating blow which also threatened renowned Florida’s family tradition of keeping bears on the ranch. Obviously, it is not easy taking care of a 1000 Lbs. grizzly bear, or a black bear for that matter when you know that these animals have a “wild” side.

15. Bears Are an Unpredictable Breed 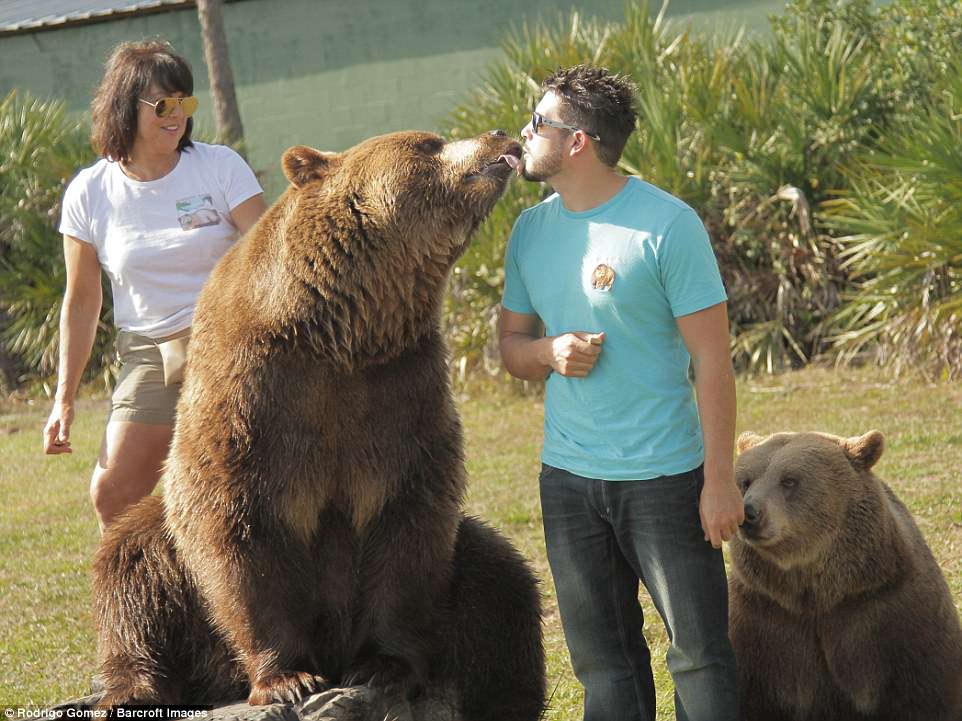 They can go berserk anytime – and frankly speaking, we’ve all had enough of bear attacks in the past. Therefore, taking on such a daunting task on daily basis is not only hard, but also comes with life threatening possibilities.

14. Welde Family Is Adamant on Keeping the Bears 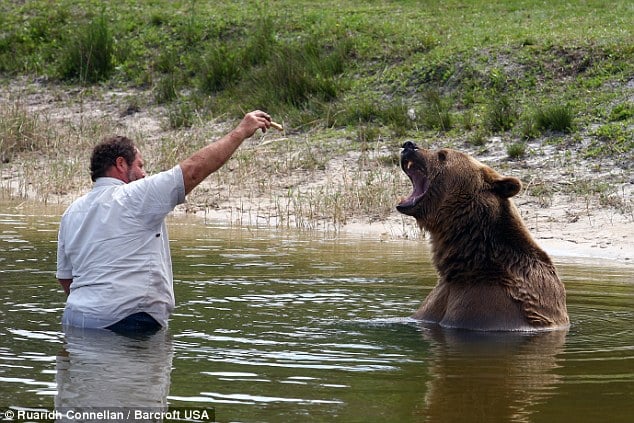 The Welde family was determined, and to this day, they carry the tradition of keeping bears and training them to defy all odds. 57 year old Monica Welde, wife of late Johnny Welde continues to look after their furry friends with the help of her son: Johnny Welde III.

13. This Toddler Riding On a Bear Back Is Living Proof of an Uncanny Relationship 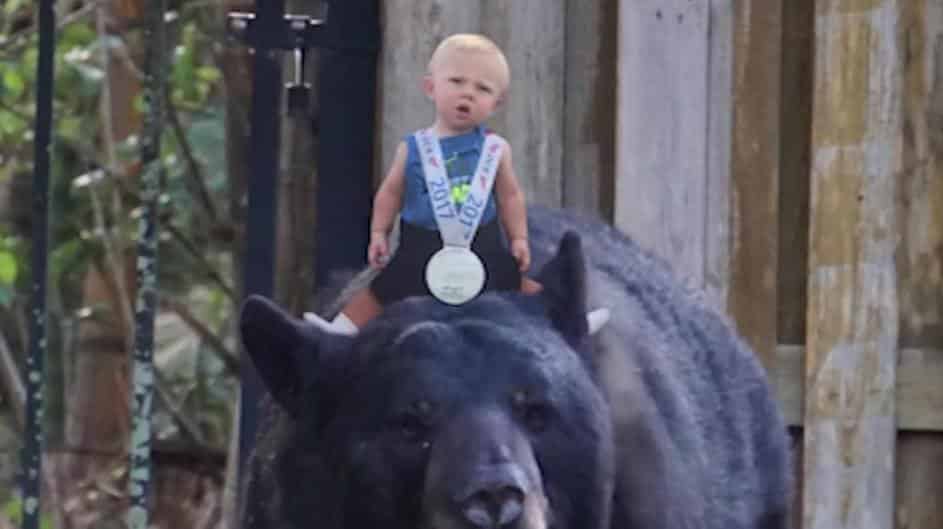 By the way, Johny IV who is the youngest member of the Welde family also actively partakes in taking rides on the bears’ back. Meanwhile, the pack of bears couldn’t be more happier to play and train with their human companions.

12. Weekends Are an Open Invitation at the Welde Family Ranch 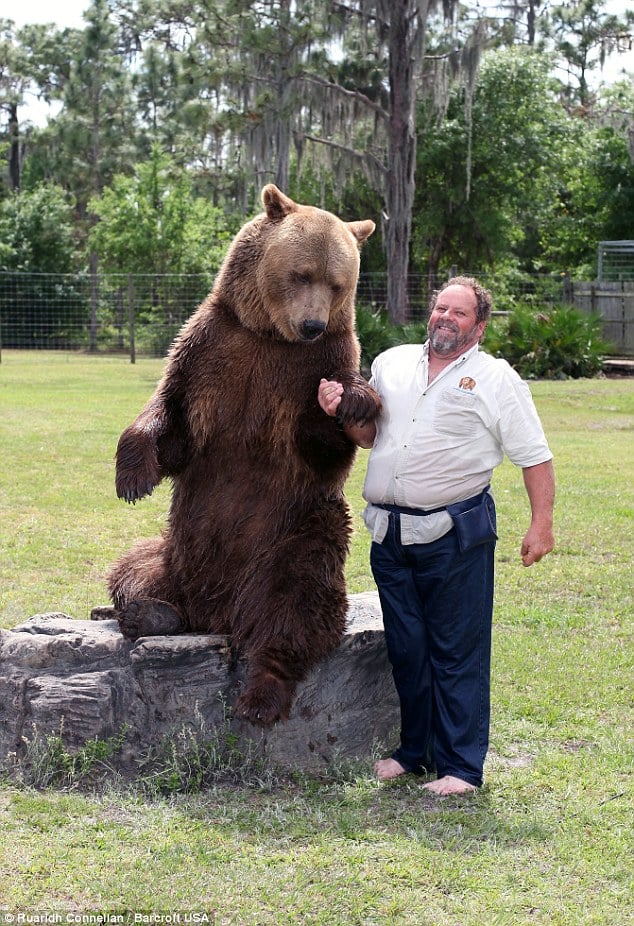 The Welde family residence is commonly known as the ‘Bearadise Ranch’ in Florida. Locals from all over the vicinity drive over to the ranch to get a good view of all sorts of bears meddling with by standers and the Welde family members.

11. Monica and Johnny Are Determined to Take Care of Bears 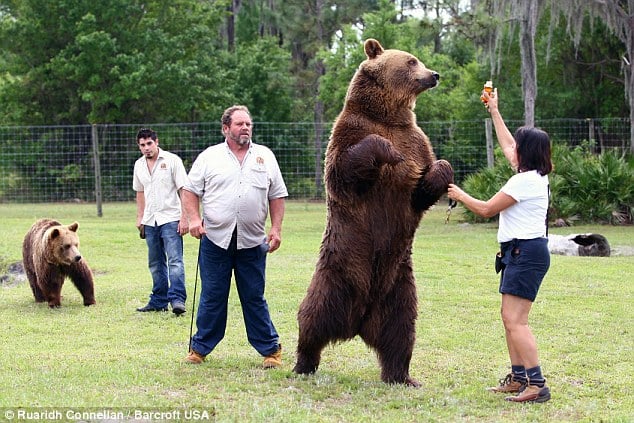 The mother – son duo has had their share of challenges, but they think that bears are not as bad and dreaded as most people think. Since over the last few generations, they bears have somewhat become “domesticated”, they are a lot less likely to have mood swings, or harm humans for that matter. 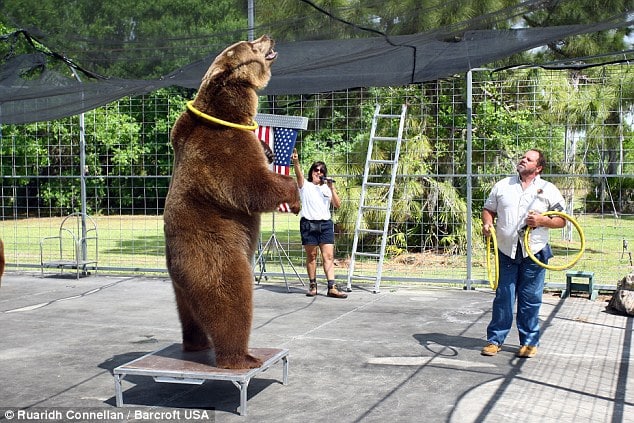 Still, the 14 bears are kept in a reinforced enclosure where the Weldes have barricaded the entire ‘Bearadise Ranch’ to prevent any mishandling, or other unforeseen incidents from taking place. 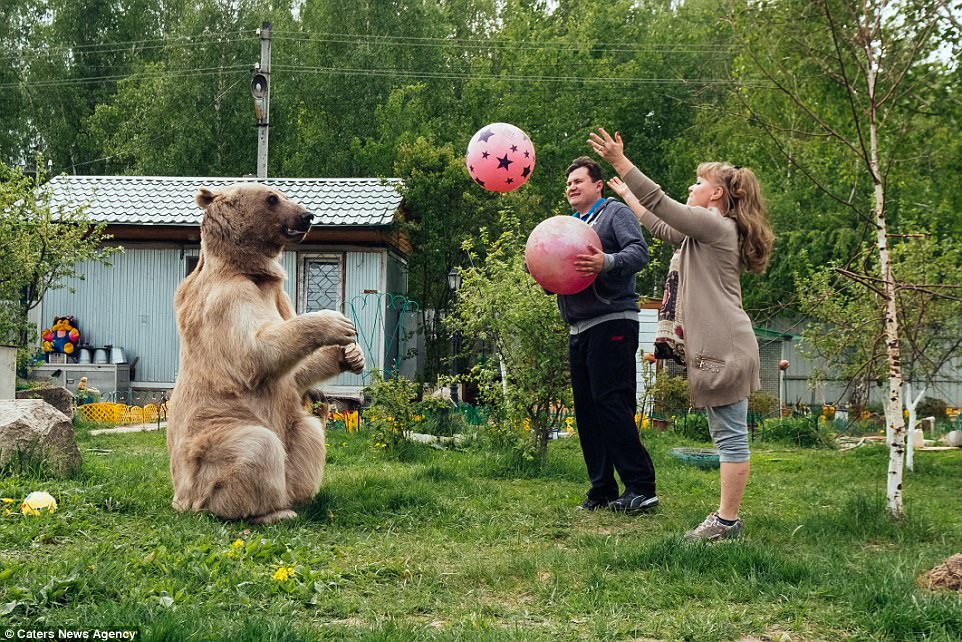 On top of that, the Welde family is licensed to take care of bears, which not only allows them to pet bears at the ranch, but they are also called out whenever expert help is needed in Florida.

8. Nothing Has Slowed Down Since Welde Sr.’s Untimely Death 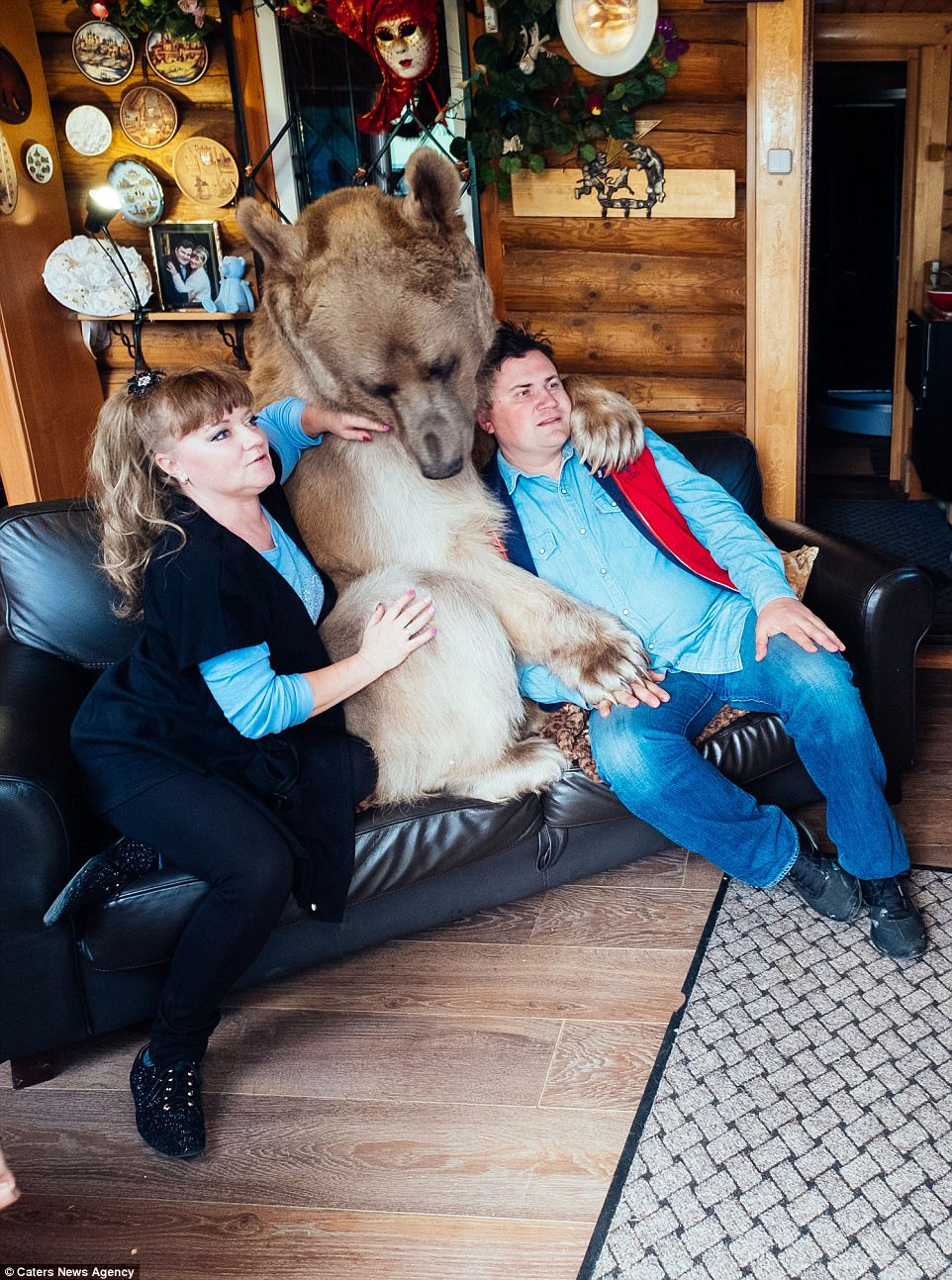 It seems that nothing has slowed down over the last few years except for Johhny Welde Sr.’s death. The 27 year old grandson recently said, “My grandfather came to the United States in the 40’s and we did a lot of different venues over here involving bears, TV shows and movies.” 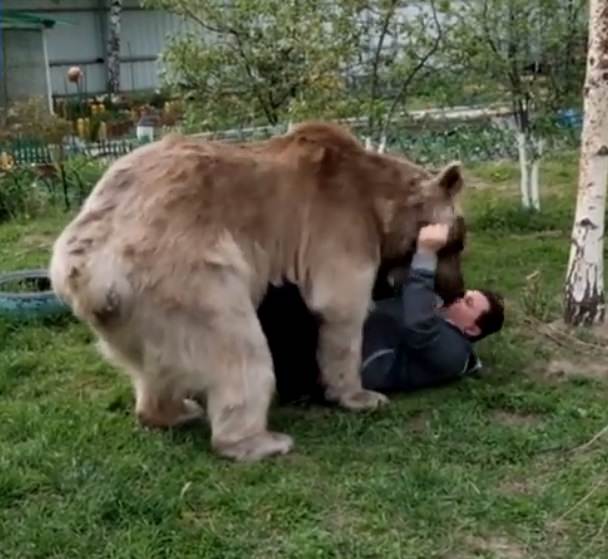 Johnny Welde Jr. further said, “My grandfather was performing somewhere with a couple of bears, and a talent scout saw me leading a bear when I was just 3 years old. The scout said that if that bear can work with a little boy, it can work in Hollywood.”

6. The Weldes Dedicates Rest of Their Lives to the ‘Bearadise Ranch’ 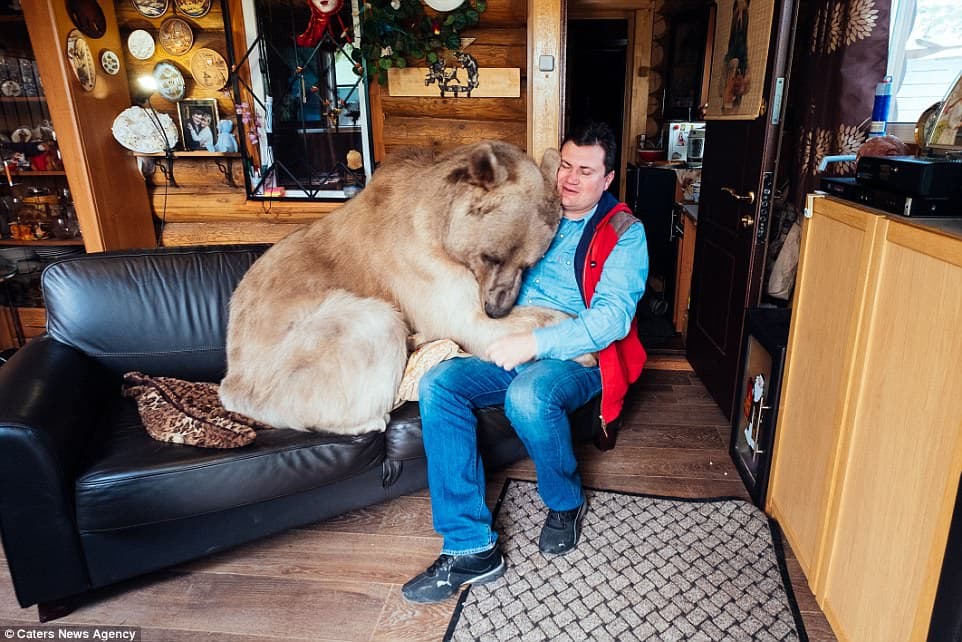 Although fame was part of the Welde family as they are still the only licensed party allowed to domesticate bears, there are a lot of challenges involved in fulfilling this duty. The bears have never harmed anyone from both inside or outside the family. However, these bears have given the 57 year old Monica Welde and her son a few scars here n’ there. 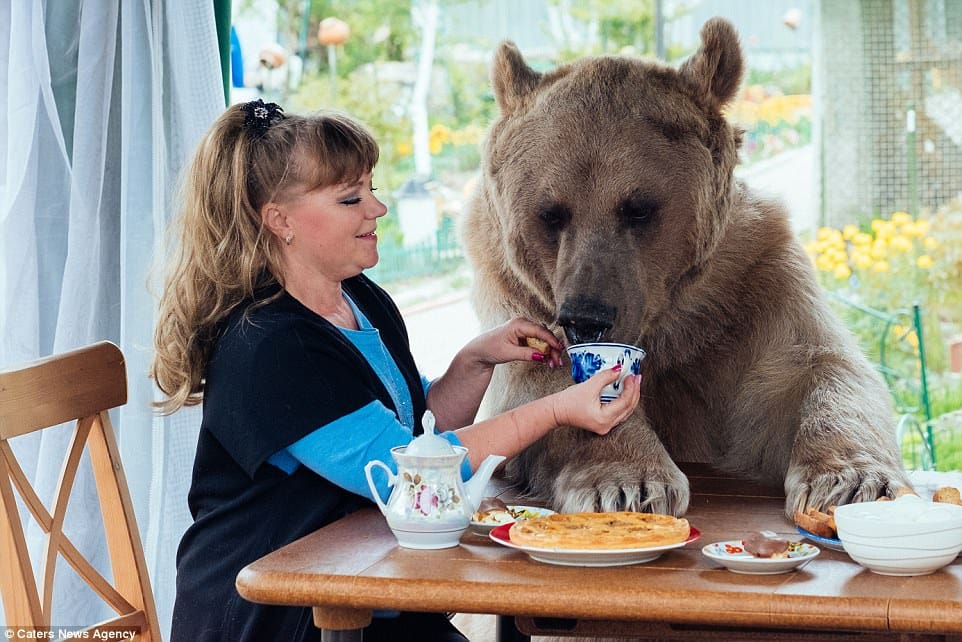 Despite of a few setbacks every now and then, the Weldes show no signs of abandoning these bears or turning them over to the wildlife authorities. All 14 bears live in the back garden of the Bearadise Ranch, where the habitat is made up of spring ponds, makeshift obstacles for bears, grass and trees etc.

4. Bearadise Ranch Welcomes Everyone to Support the Cause 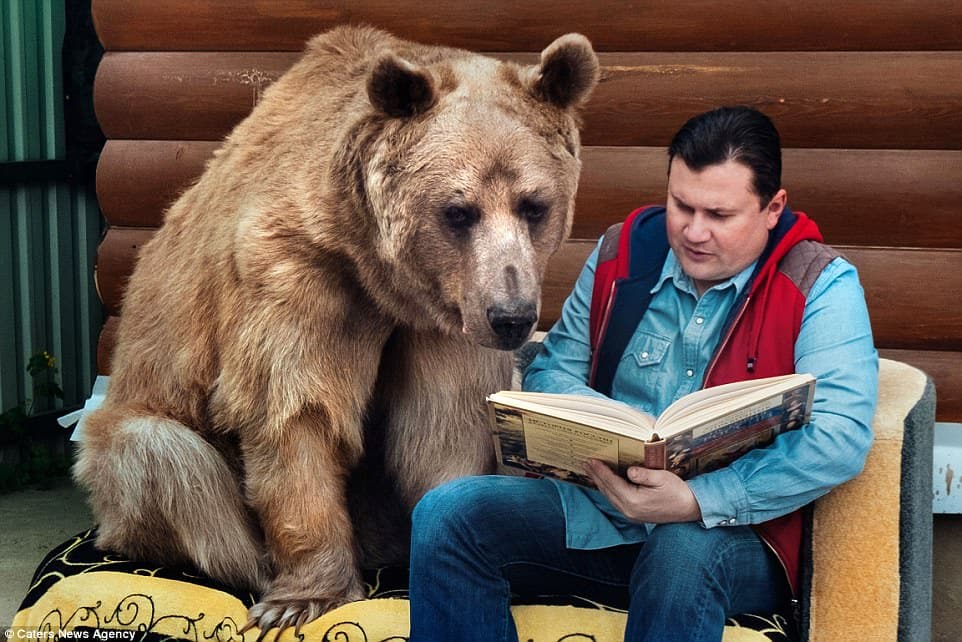 Monica is confident that her 27 year old son will continue to take care of the bears the same way as the late Johnny Welde himself did. Despite of her old age, she says that she will continue to look after her furry friends as long as she’s physically able to do so.

3. Monica Welde Speaks Up About the Bears 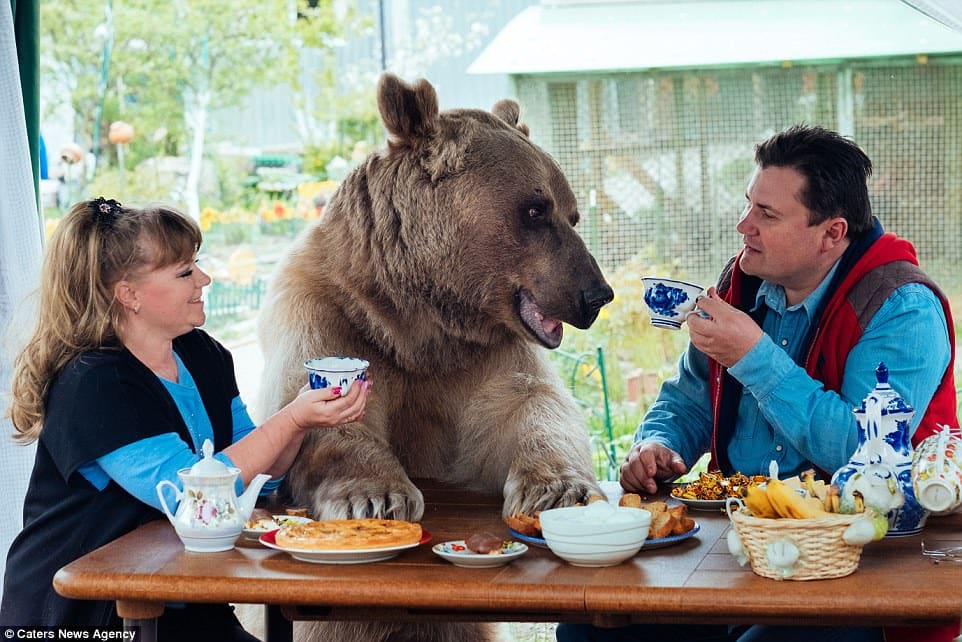 Monica said, “I have spent 37 years with these bears and I plan to as long as I am physically able. I will work with the bears until I grown very old and feel confident that they will be taken care of after I am gone.” 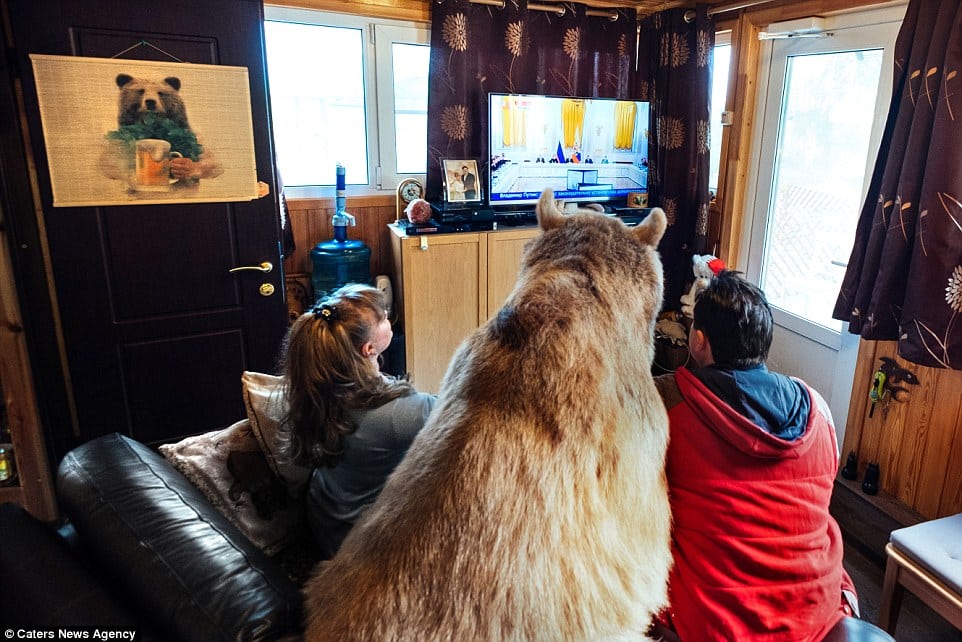 As for the 27 year old Johnny Welde Jr., he had plans of pursuing a day job, but since taking care of 14 bears requires a hand-on responsibility, he has decided to put other plans on hold. 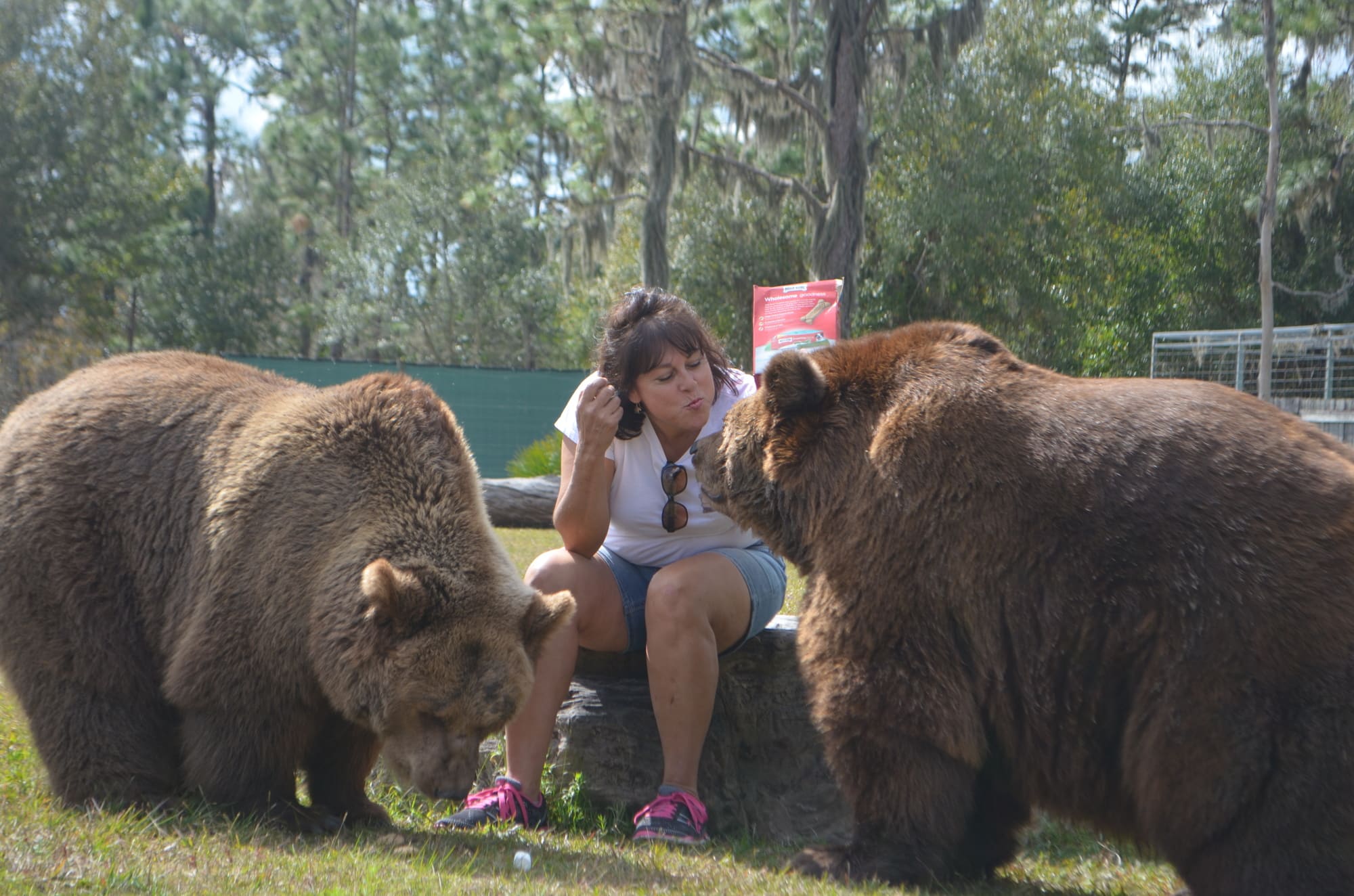 If you have any animal rescue stories or a heartwarming tale of wild animals living with humans as domesticated pets, dont forget to reach out to us through the comments section. We’d love to hear more from you.