According to the Guinness Book of World Records, Ludo the Maine Coon is the largest cat in the world. Despite being such a big cat, he’s far from ferocious. In fact, this adorable Maine Coon has the sweetest bond ever with his human brother. You won’t believe just how close their relationship is! Not only does Ludo love his baby brother, he also has a bond with his feline sister – check out slide #10. 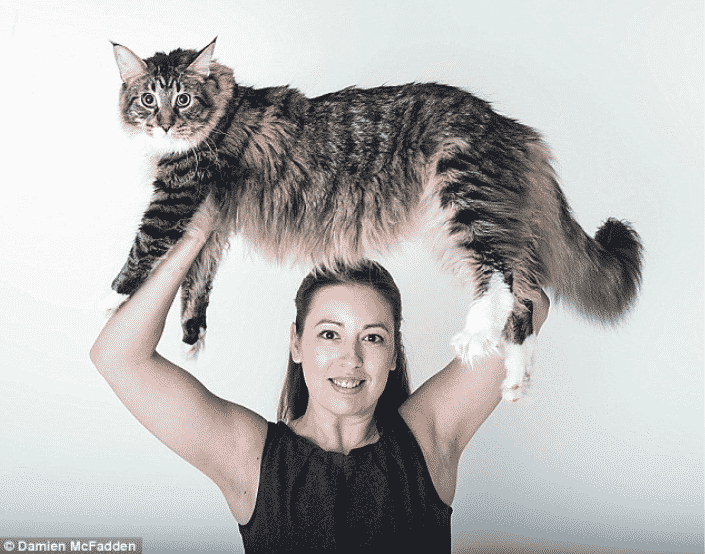 Meet Ludo, the world’s largest cat! He is a supersize Maine Coon that comes in at 34 lbs and 45 inches long. He currently lives with his owners Kelsey and Matthew Gill from Ryhill, West Yorkshire. 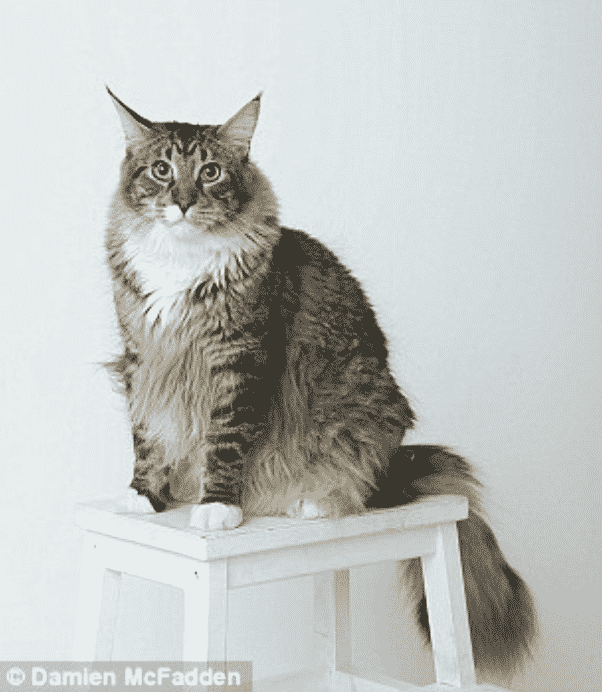 Even though Ludo is so big he doesn’t come off as mean or ferocious! “He’s a lovely cat- he’s very friendly and affectionate but some people who visit are scared of him as they’re used to seeing dogs that size, not cats,” says owner, Kelsey. Ludo was named after the large friendly creature in the Jim Henson movie Labyrinth. 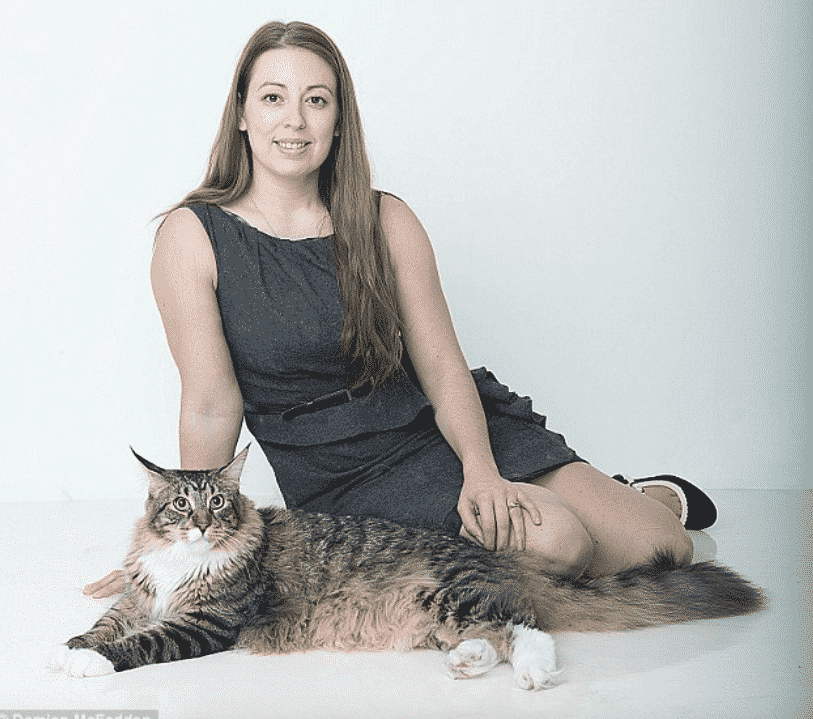 “Even though he’s huge, he’s so friendly and lovable. He’ll often come over and lay on the bed or flop out on the floor to be stroked.” So did the Gills have any idea that Ludo would grow up to be as big as he has become? 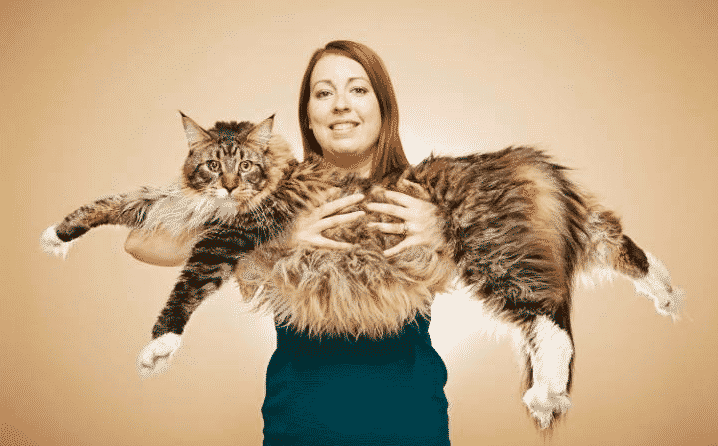 “When we bought Ludo, he was no bigger than any of the other kittens in his litter as Maine Coon’s are quite chunky as kittens,” Kelsey confessed. “Although he’s big, we’re still able to pick him up and take him places if we want, but he is very heavy.”

Recently, the Gill family decided to extend their family. Already a mother to Cameron, Kelsey gave birth to a baby boy they named Ryder. Ludo instantly fell in love with his new little brother. 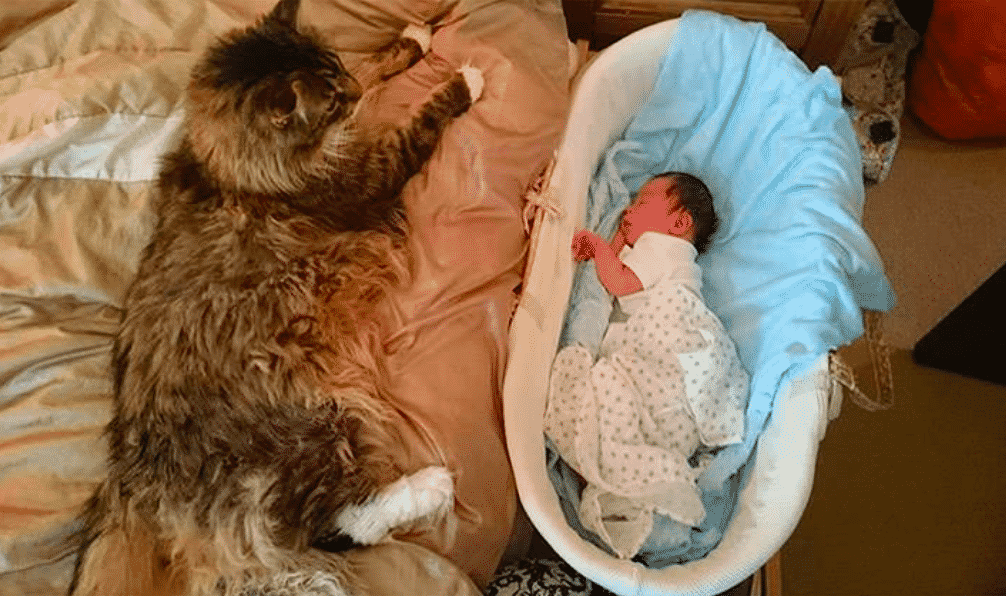 It was love at first sight for Ludo when he saw his tiny 9 lb brother, Ryder. From that moment on, Ludo would remain by his side no matter what. This was not a surprise to his parent at all… 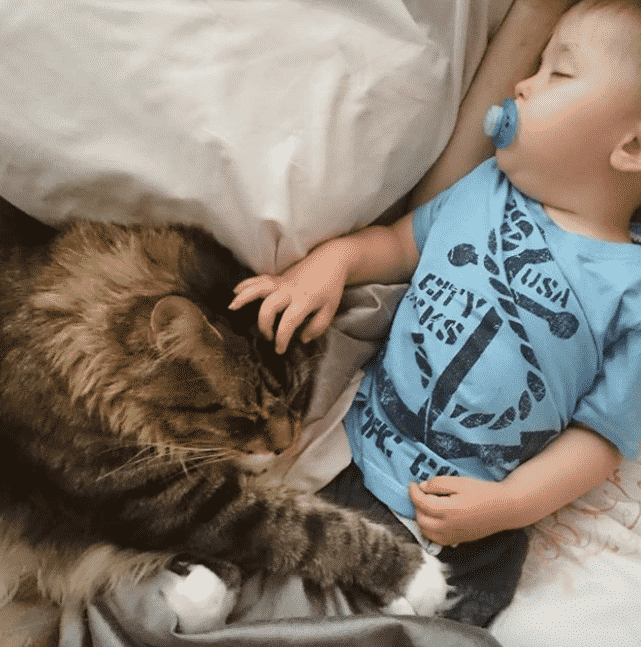 Ludo has always had a big heart for his family members, according to the Gills. When he was just a tiny kitten he was very protective of his little brother Cameron. He made sure to always stay by his side. 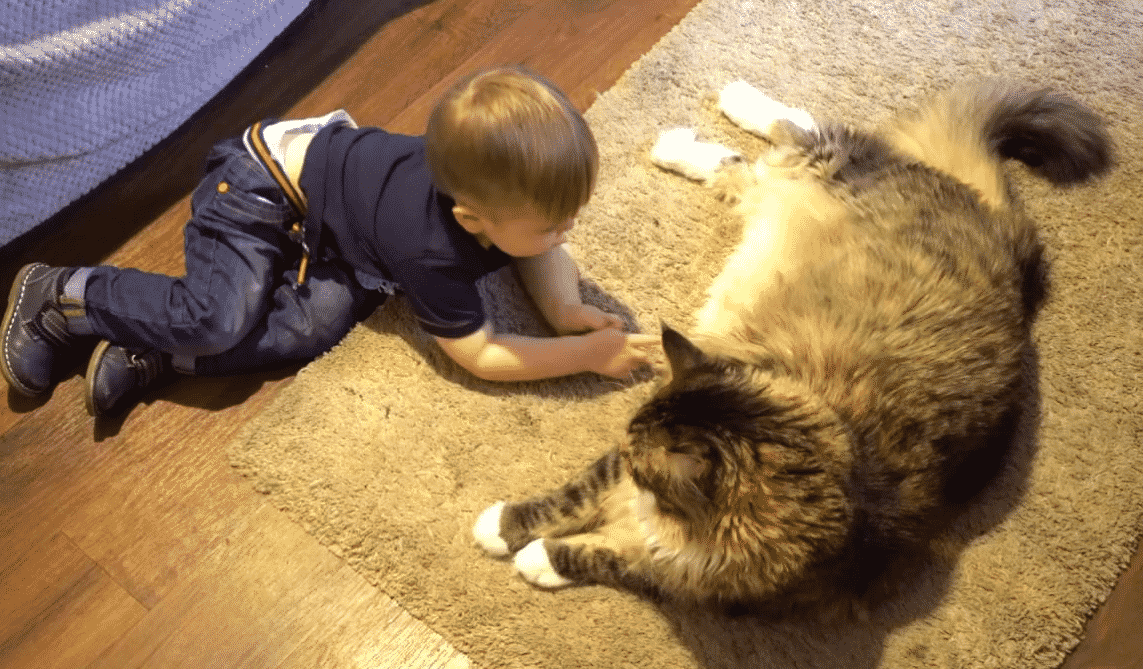 Cameron and Ludo have remained inseparable pals.”Thick as thieves, Ludo is always at his side,” Kelsey notes. Ludo is absolutely darling with his brothers as well. 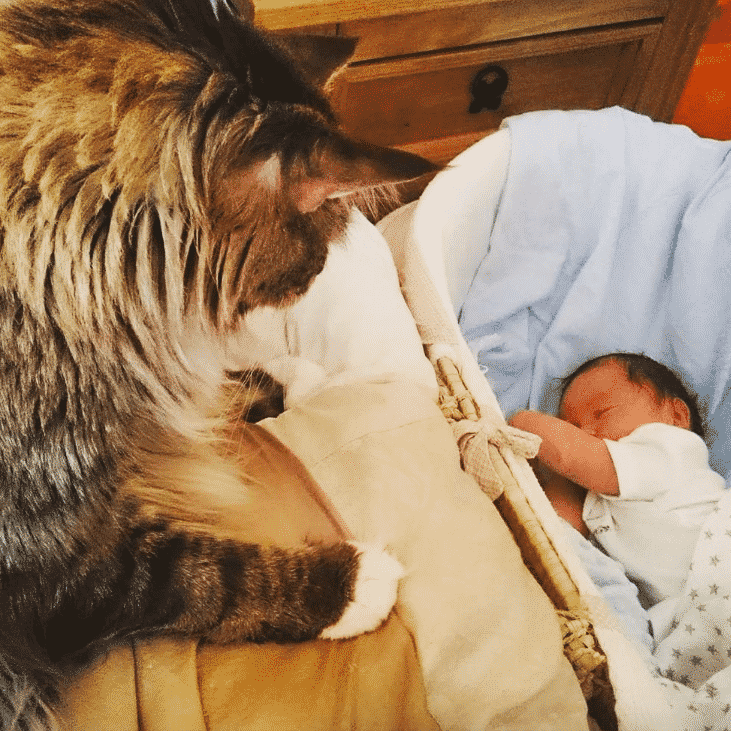 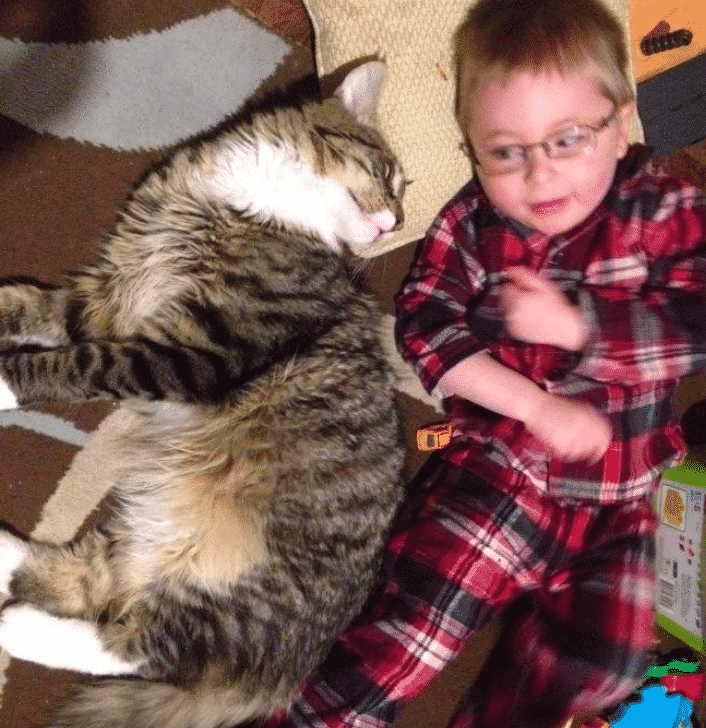 “He enjoys being near by with both our boys it’s like he’s watching out for them.” As Cameron got bigger so did Ludo. However, their bond still remained the same, even with a new brother in the house. 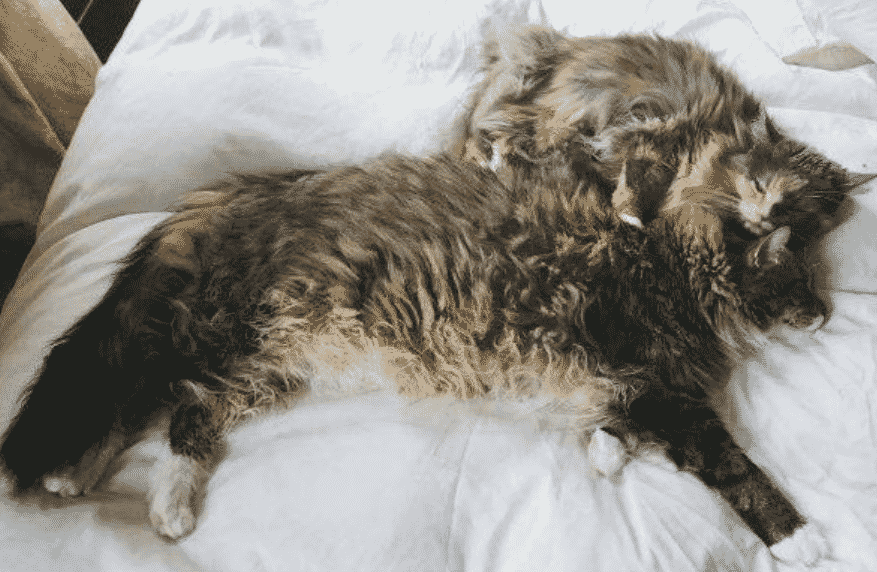 The family is also home to two other cats! One is a 10 lb calico named Arwen. Arwen absolutely adores cuddling up next to Ludo and gives him lots of tongue baths. It’s almost too cute to be true. 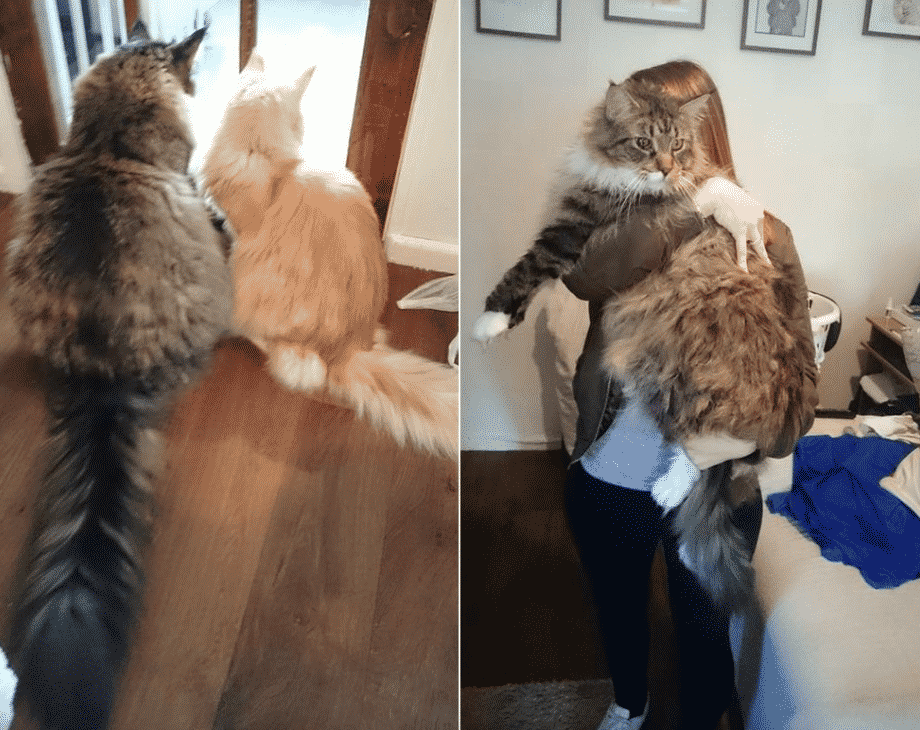 “The smaller cat isn’t especially small,” Kelsey joked. Then there’s Krum, another Maine Coon cat. Coming in at 14 lbs, the cat is far from small. However, he’s about half the size of the enormous Ludo! 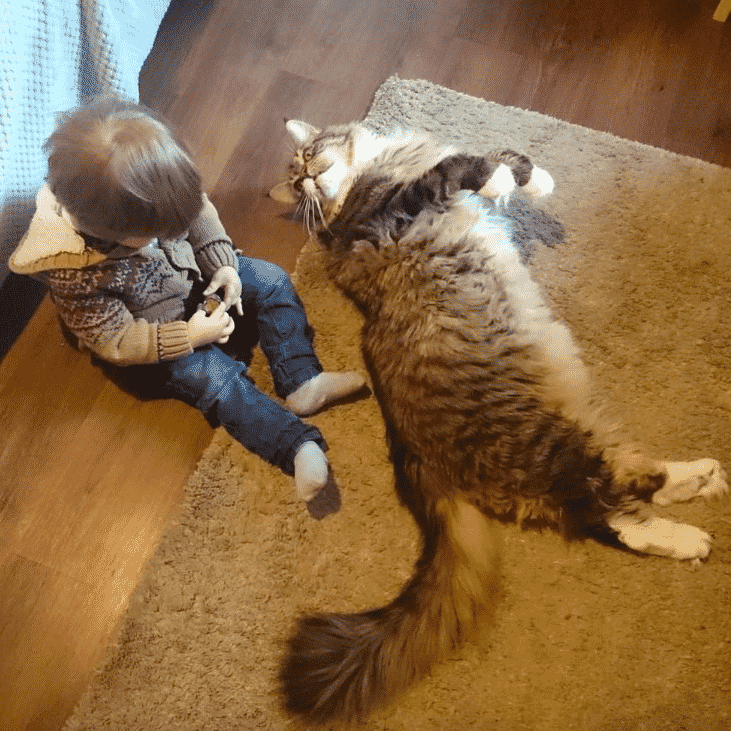 Ludo is quite obviously the protector of the family. He loves to oversee everyone in order to make sure that everything is running smoothly. Now, however, Ryder is much bigger and you won’t believe how much things have changed… 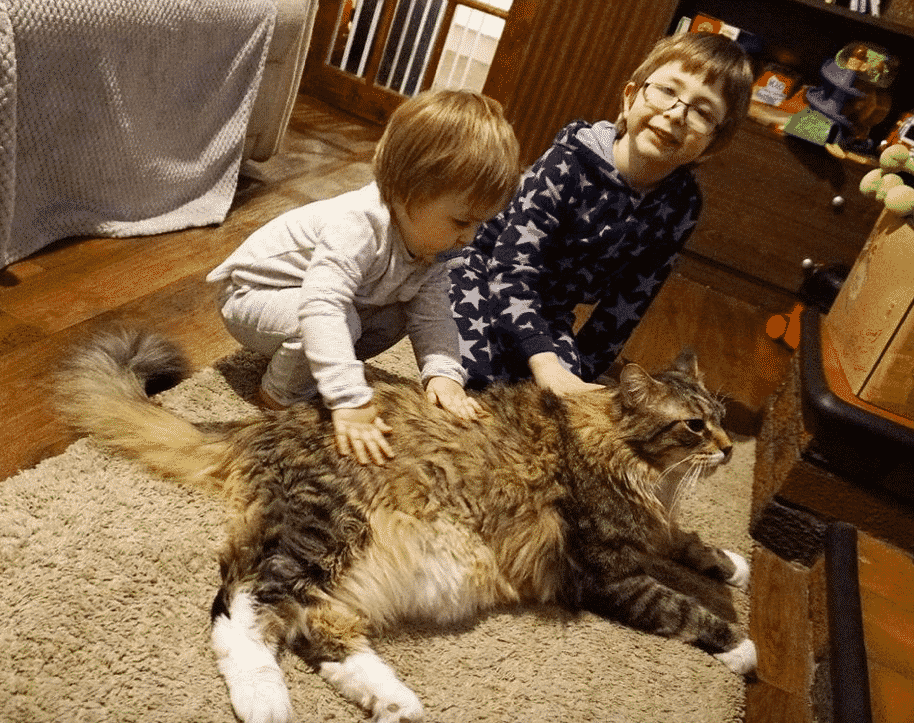 It’s been 1 1/2 years since Ryder was born and their relationship has only gotten stronger. Ludo loves spending so much time with both Cameron and Ryder. He is always watching out for the boys or playing with them. 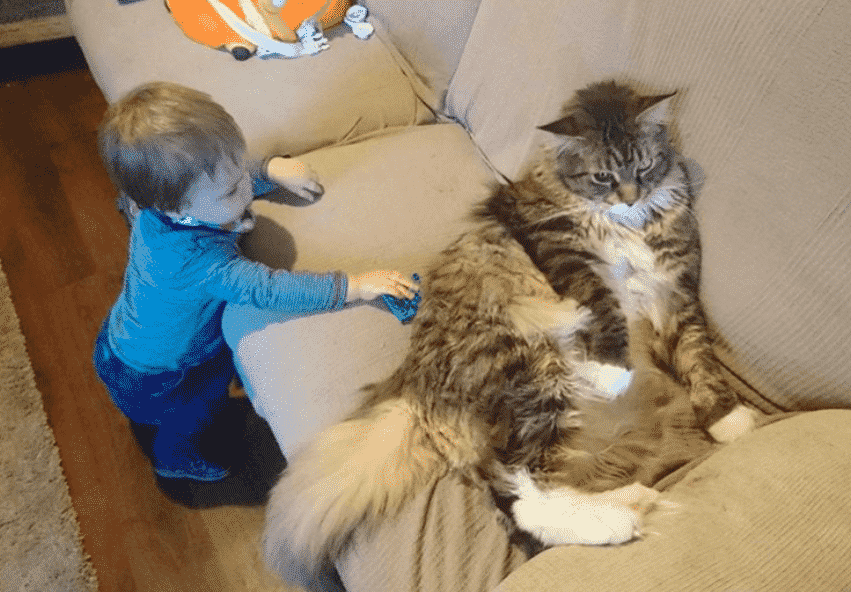 “Ludo’s favourite thing in the whole world (except eating) is being around kids.” At this point, Ludo is practically Ryder’s bodyguard. He’s always there to make sure everything is going well and that nothing is out of order. 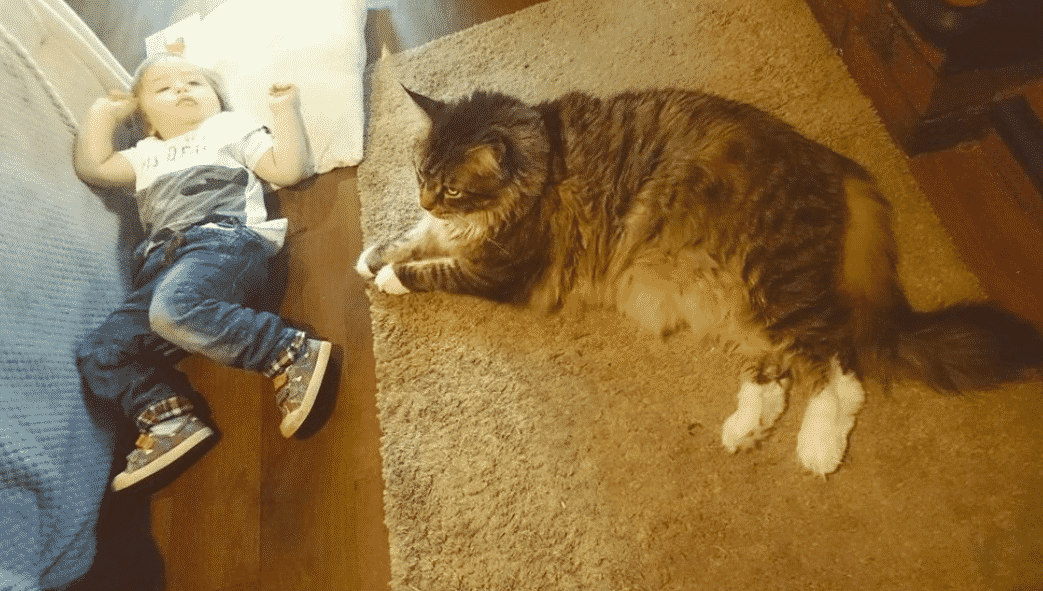 Ludo loves to snuggle up with Ryder. In fact, it is one of their favorite things to do together. “Ludo prefers it when Little Ryder uses him as a pillow,” Kelsey said. 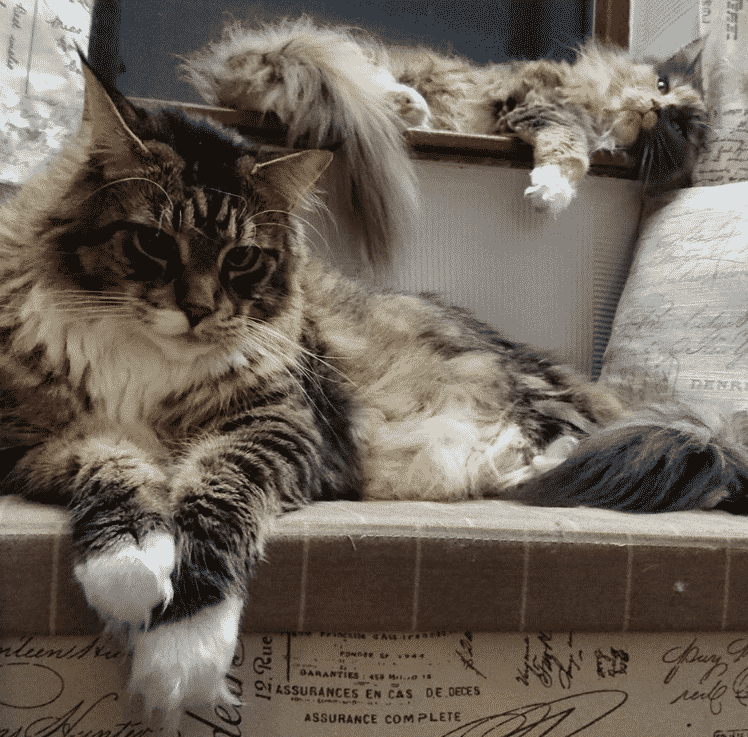 In general, Maine Coons happen to be some of the largest domestic felines. Although these cats are large they are also known as the ‘gentle giants’ of the feline world. This all explains Ludo’s loving personality. 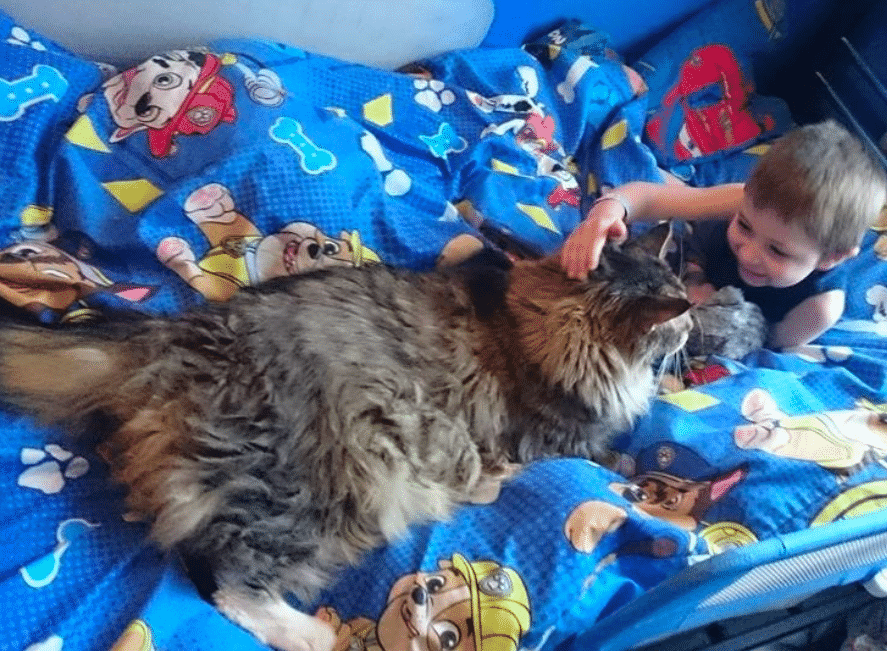 The Gills are so happy to have been blessed with Ludo. Although they never anticipated having to take care of a cat this big, they wouldn’t trade Ludo for anything. They’ve fallen in love with his personality. 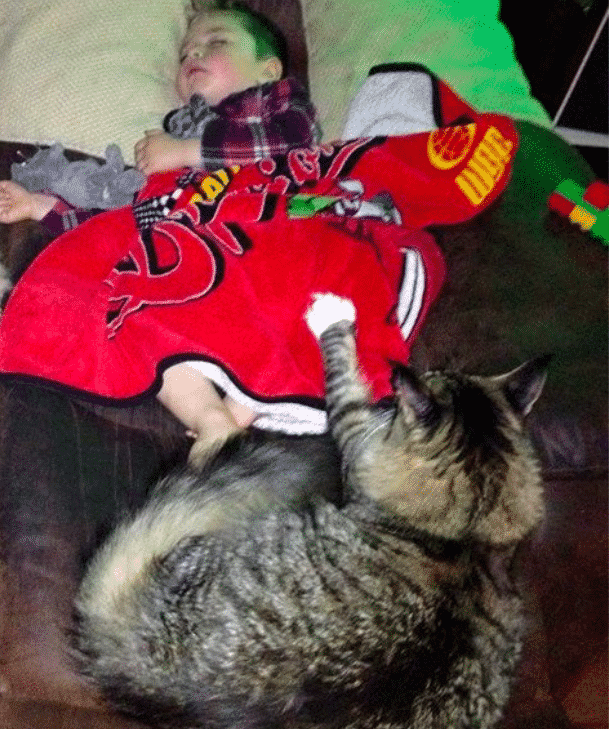 “We’ve had Maine Coon’s for a while, but never one this big. The other two Maine Coon’s that we have at the moment are much smaller than Ludo and they’re about four years old,” Kelsey explained. Still, his huge presence fills a void that the family never knew they had. 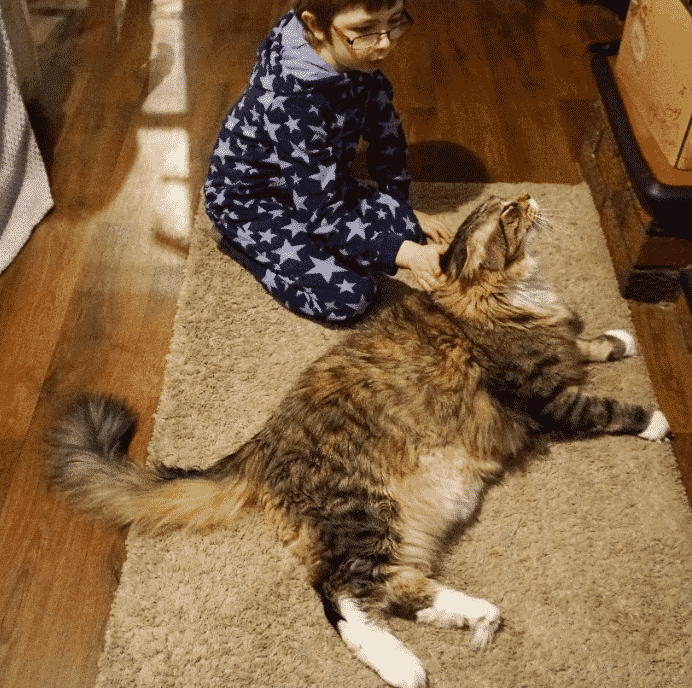 While his brothers are still young, Ludo will continue to look out after them. We presume, however, that his caring nature will stay up until adulthood for the boys!