How many of us would go out of our way to help an animal in need? For many of us the answer is simple. However, would your answer change if the animal was a dangerous one? That’s exactly the dilemma that a group of men found themselves in on a mountain in Utah. You won’t believe what went down. A group of men were hiking in the Pine Valley Mountains in southern Utah. The men were a part of the Utah Division of Wildlife Resources and were making their rounds around. That was until they happened upon something strange… 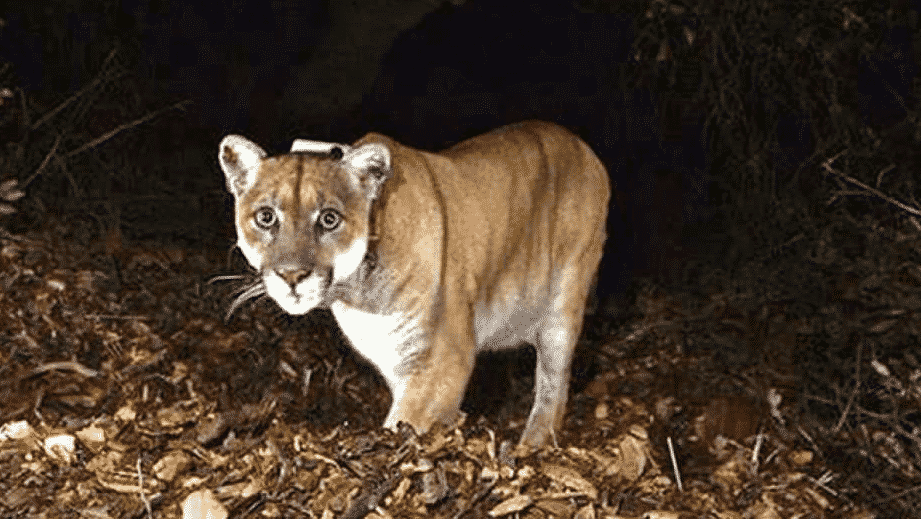 As the men were making their way up the mountain they came across an animal that desperately needed help. Of course the men wanted to help, however, there was a catch. As this was not just a small helpless animal they found. 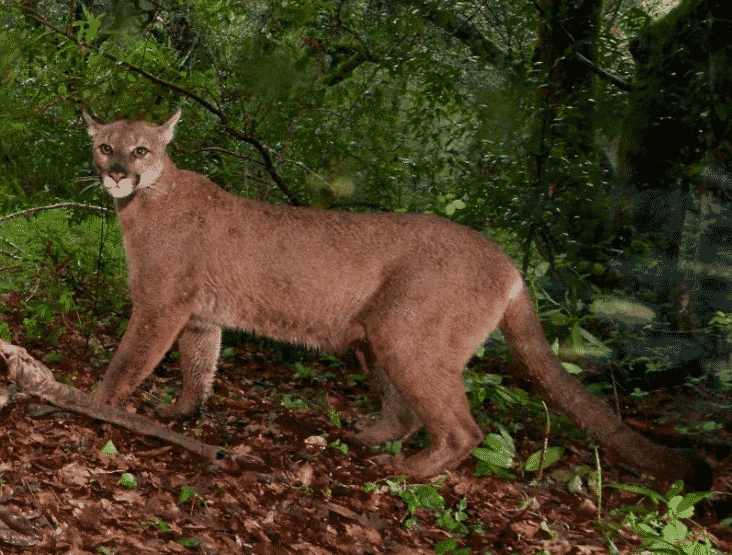 The animal that the men happened upon was actually an enormous cat. To be more specific, it was a ferocious cougar. So what kind of trouble did the cougar find itself in?

The cougar had gotten its leg stuck inside of a trap. The trap was very painful and had the cougar pinned on the spot. There was no way that the cougar could get itself out of the trap on its own. This is the dilemma the men faced. 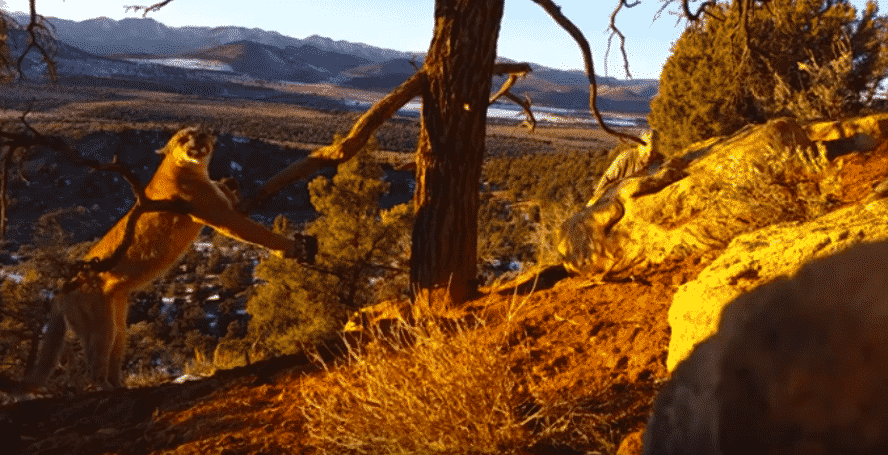 The men were left with a serious dilemma: should they rescue the cougar from the trap? The cougar looked incredibly vicious, however, it was also in a lot of pain. The men were afraid that if they let the cougar go free that she would attack them. To add even more uncertainty to the situation, the cougar did not look happy to see the men as they approached her. Their presence was the reason she was trying even harder to win herself free from the trap. So what did the men decide to do? The men knew that they had to make a decision quickly so they quickly figured out a plan to free the cougar. The first thing they did was hold the cougar down with some neck ropes. This would prevent it from moving around needlessly. 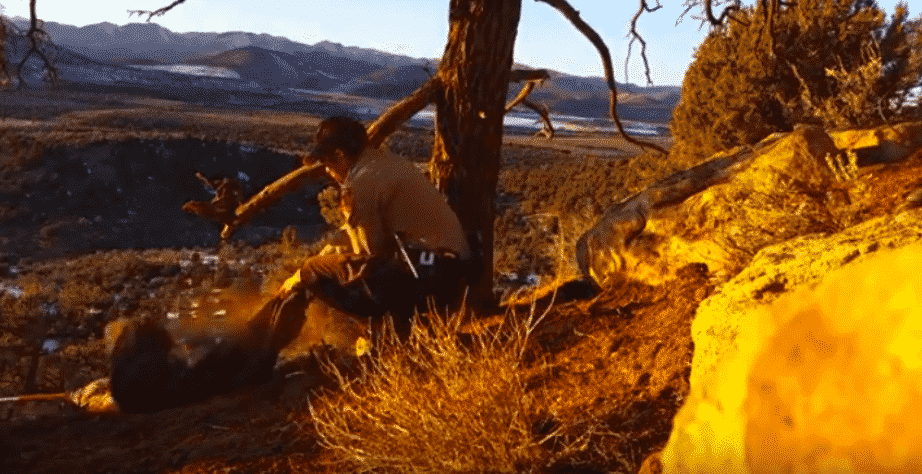 The men continued to struggle to get the neck ropes on as the cougar was not making it easy. Eventually, the men got a rope over the cougar’s head and over its back legs. This would keep it from moving and kicking back at them. 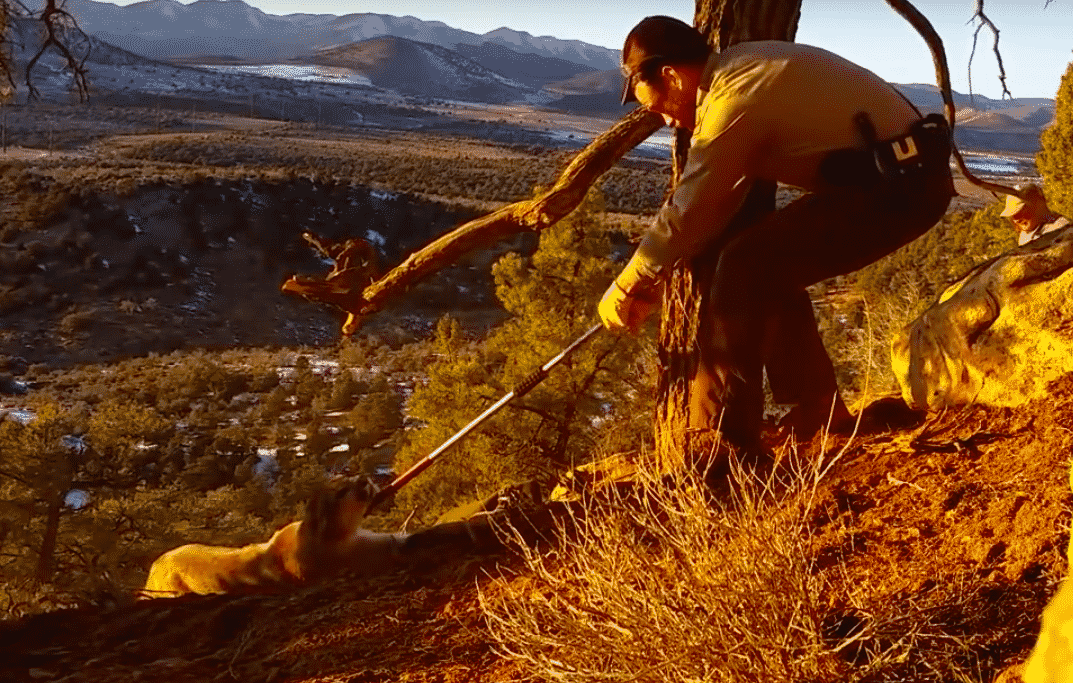 The cougar was obviously still very scared and didn’t know what the men plan to do with it. With its one free paw, it swatted at the men. However, the men were able to avoid the hits and started to work on removing the trap. 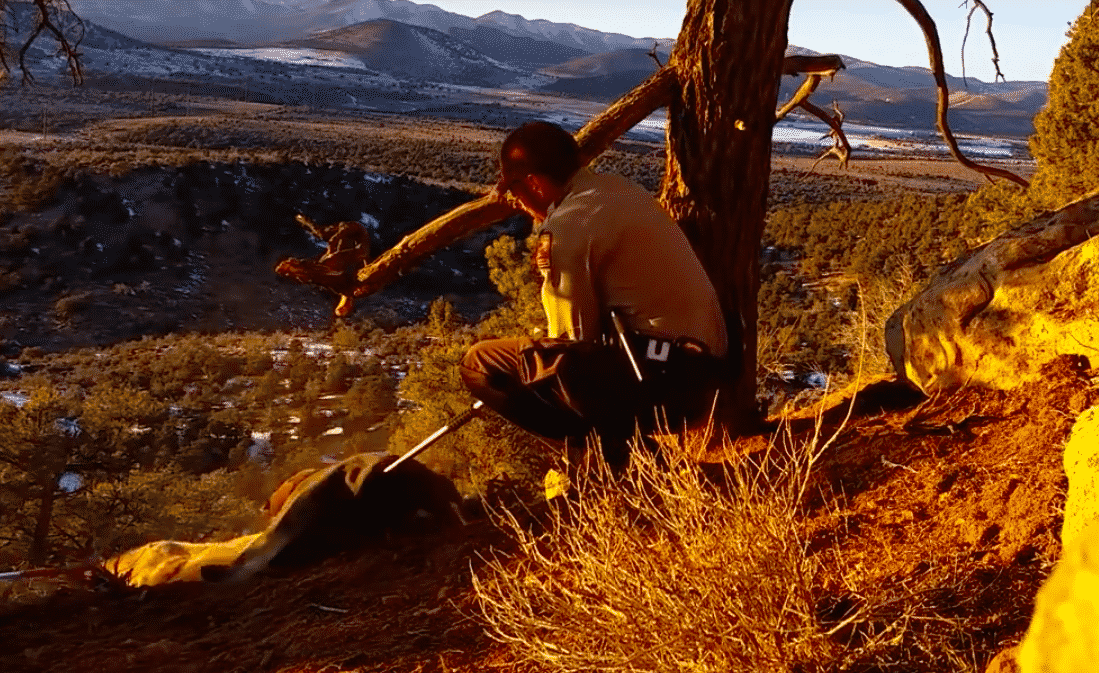 Now it was time to remove the trap. The men placed a jacket over the cougar’s head in order to keep her calm and to prevent her from biting them. Once again, the men found themselves with another difficult task that they would have to master. 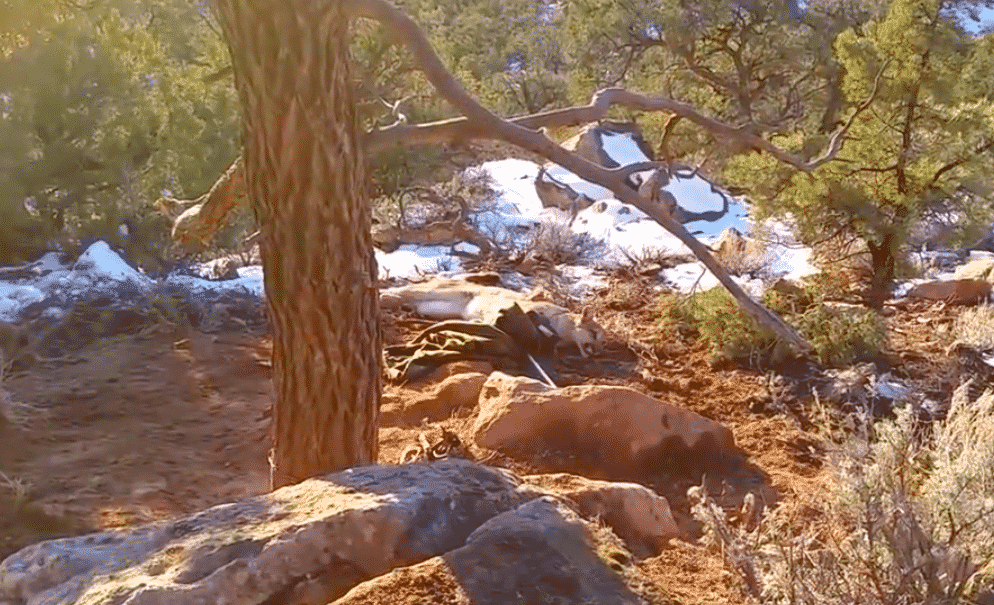 Eventually, the men were able to completely free the cougar from the trap. The men were thrilled but they knew they weren’t done yet. Now they had to figure out how to release the cougar safely. 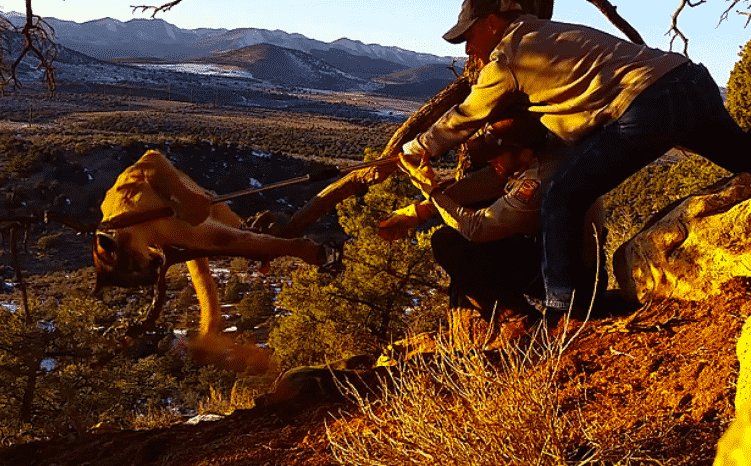 Although the men were only trying to help the cougar, they didn’t know if it knew that. After all, it could immediately pounce on them as soon as they set it free. The men, however, knew it was a chance that they’d have to take. 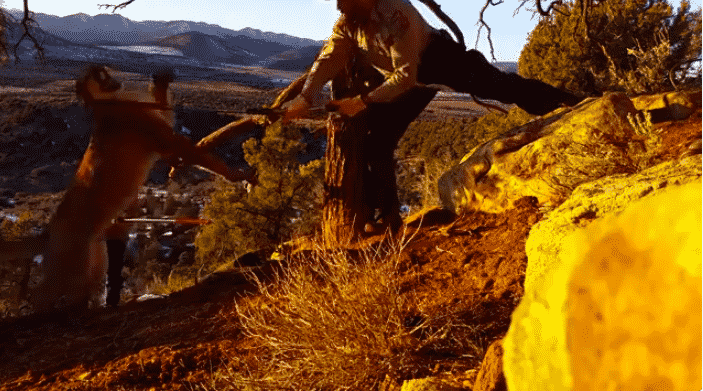 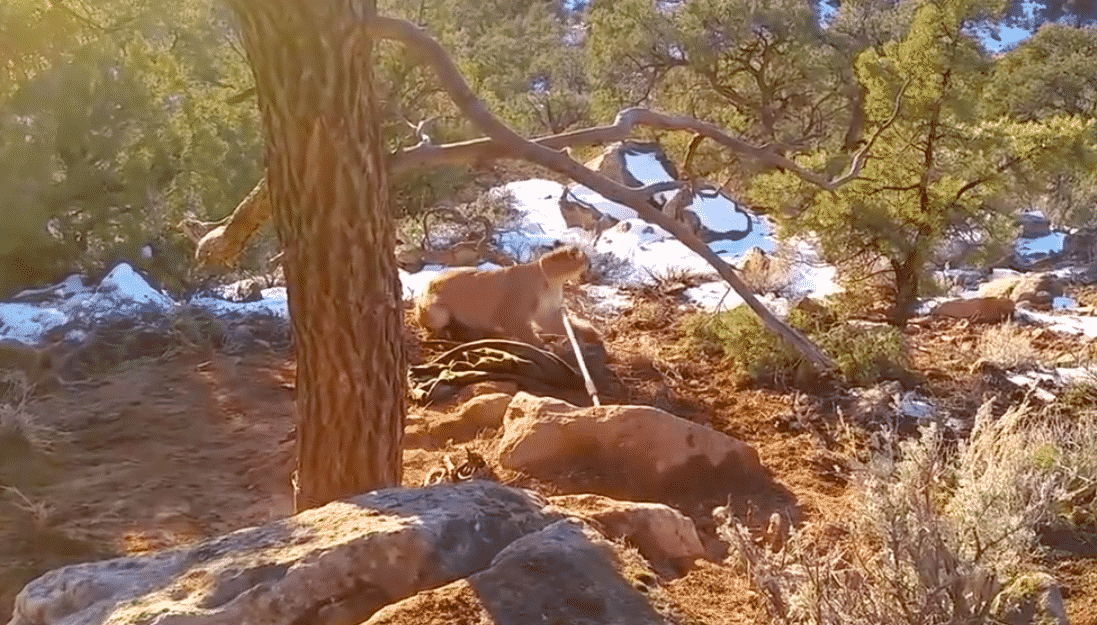 Once the cougar had the rope removed from its legs it bolted off with the rope still around its neck. This was incredibly dangerous as the rope could prevent it from eating. It could even get it stuck somewhere again… The men knew that they had to track down the cougar and remove the rope. Tracking it wasn’t going to be easy, however, the cougar had left a trail behind it. The men quickly followed the trail! 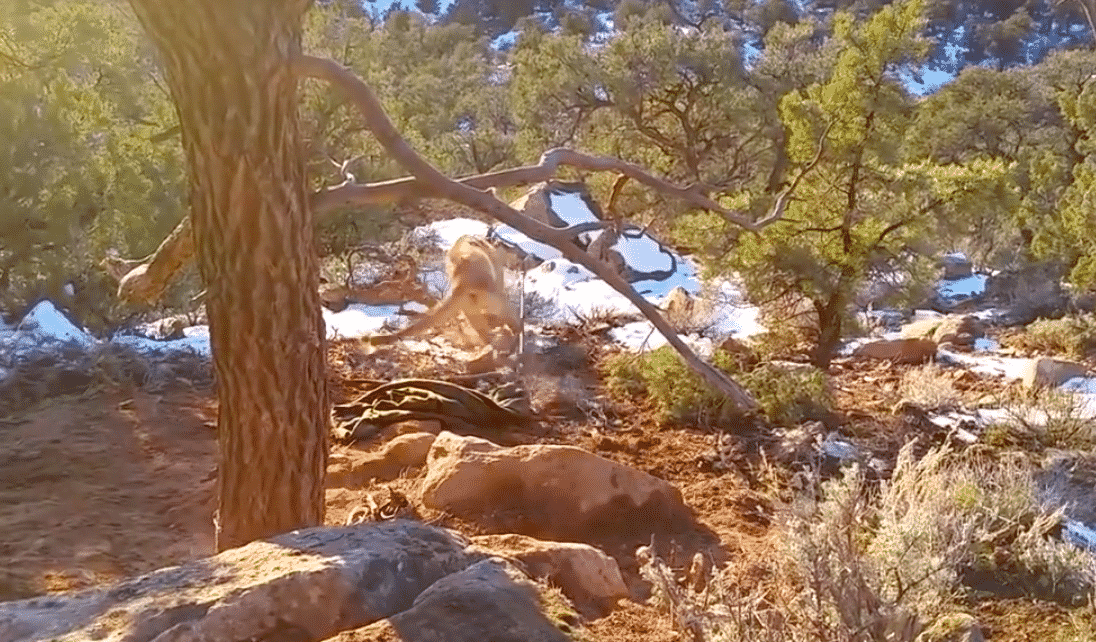 After walking for a couple hundred yards the men were finally able to track something down…but it wasn’t the cougar. There, laying on the ground, was the rope that was once around the cougar’s neck. Somehow it had managed to remove it on its own. The cougar was finally safe according to the men. She was no longer trapped and she had gone off into the mountains looking for her home. The men felt accomplished and happy to still have their own lives. It was a pretty scary rescue that these men undertook. Luckily for everyone involved, both the men and the cougar were able to return to their lives peacefully. The cougar might even be secretly thankful to the men that saved its life.