Pets get dumped off at shelters every day for tons of different reasons. When a pet is abandoned, however, it is extremely traumatizing for them. They have to adjust to an entirely new lifestyle and deal with new surroundings. When this pit bull was abandoned she found comfort in a very specific place and refused to let go. 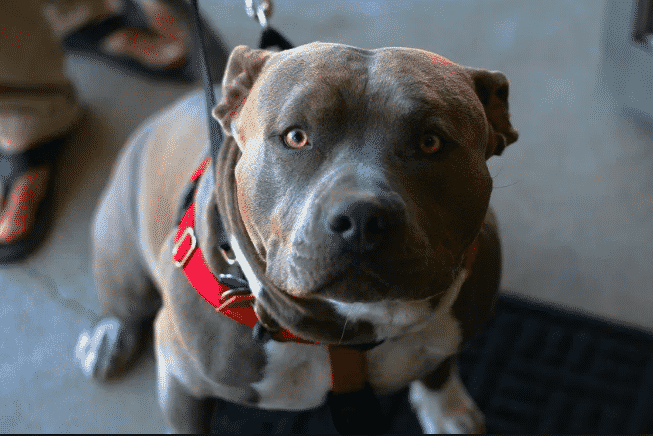 Meet Layla, a young pit bull. Layla once belonged to a family that loved her a lot. However, one day they realized that they had too many pets in the house. So they decided they could no longer keep Layla. 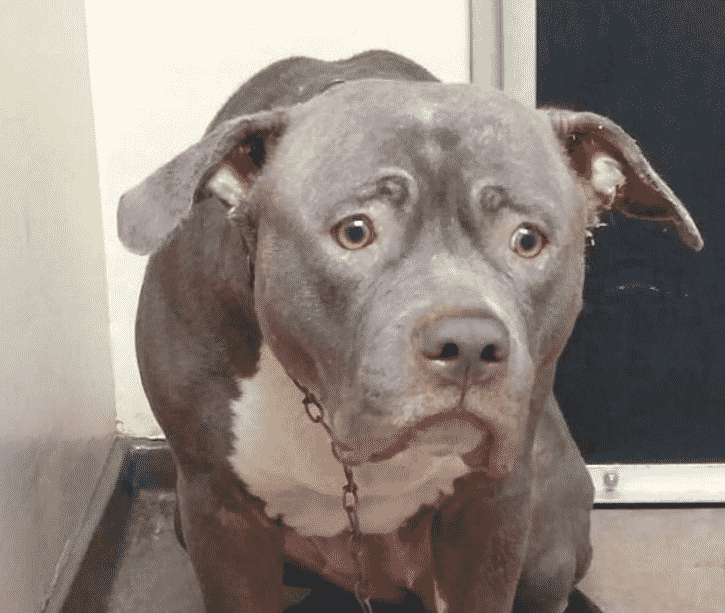 The family brought Layla to a high-kill shelter where she was dumped off. Her days were numbered and she was getting closer and closer to be euthanized. It was a terrible situation to be in. 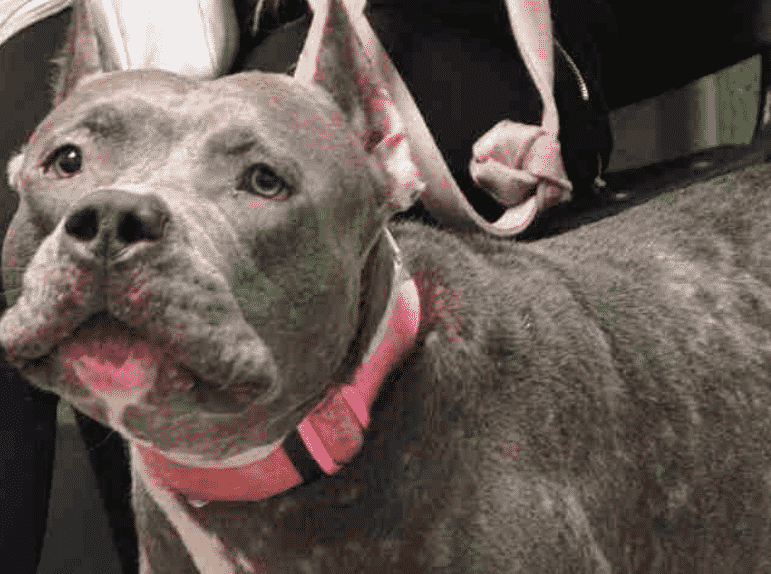 “We read her owner surrender notes, which stated she lived with five kids and two other dogs, and that she was surrendered due to too many pets,” said Jackie O’Sullivan, co-founder of Rescue Dogs Rock NYC. “It’s very sad.” 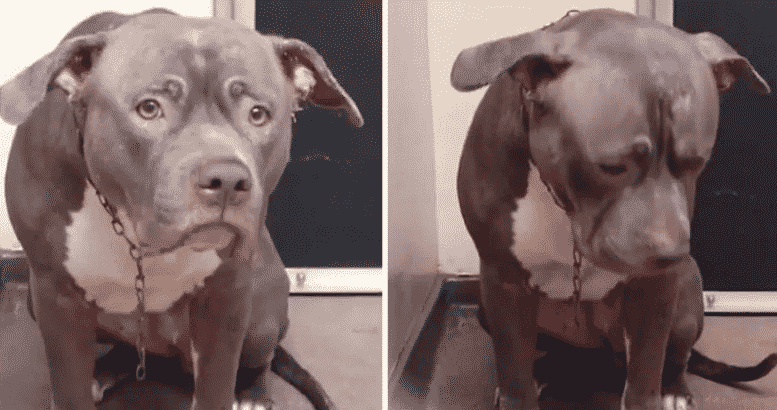 According to a Facebook post about Layla, the young pit bull had grown especially close to the family’s 2-year-old and 7-year-old. Because of this, Layla found it even more difficult to adjust to her new life at the shelter. 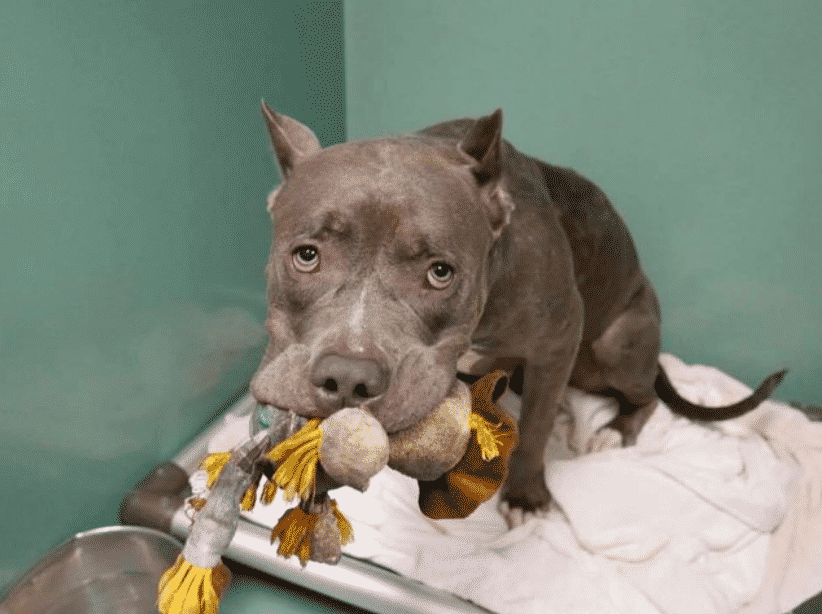 Layla had no idea how to adjust to life in the shelter. She quickly grew very depressed and anxious. The poor dog completely withdrew from everyone around her and just wanted to be left alone with her sorrow. 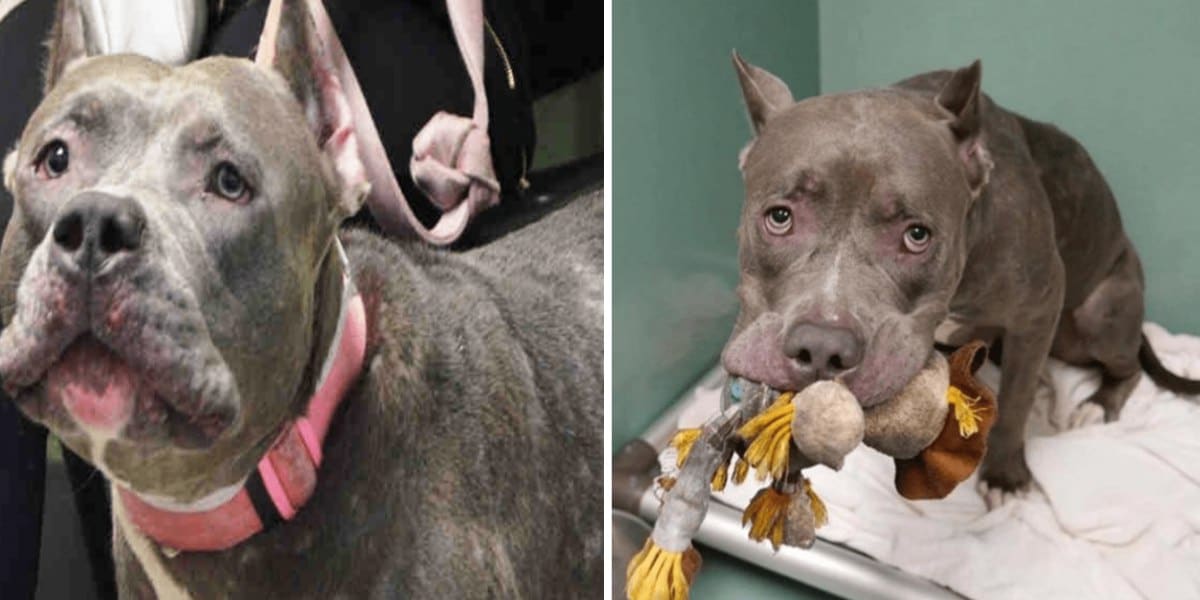 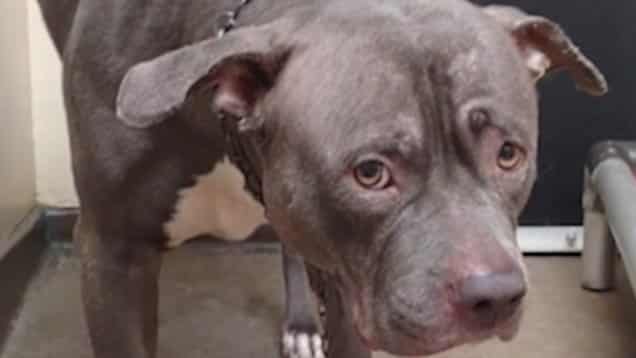 Throughout her time at the shelter, Layla had only one thing that brought her comfort. She strongly clung onto a sentimental object that she brought with her from her home. It was a little stuffed toy… 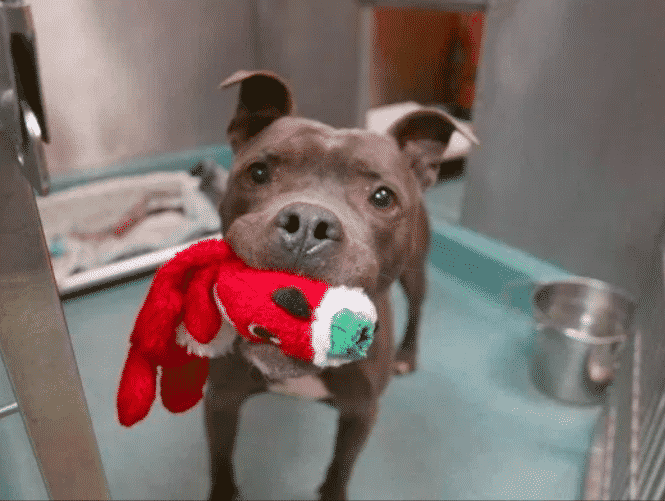 “She carries that stuffy down the street and through the yard — never letting go,” Julie Carner, a dog rescuer, wrote on Facebook. “Today, that stuffy is all she has left.” O’Sullivan believes that Layla “was self soothing with her little stuffed animal.” 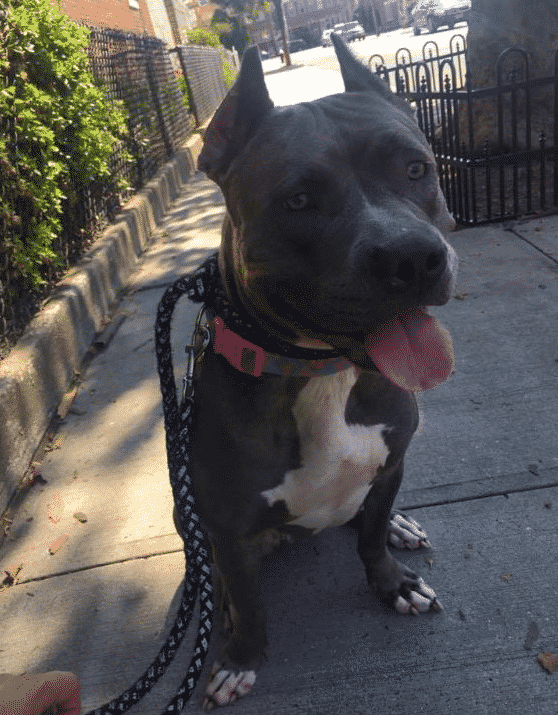 Still, Layla’s stuffed toy could only comfort her so much. Her life was still in grave danger. She needed to be adopted or she would be euthanized. It was looking grim… 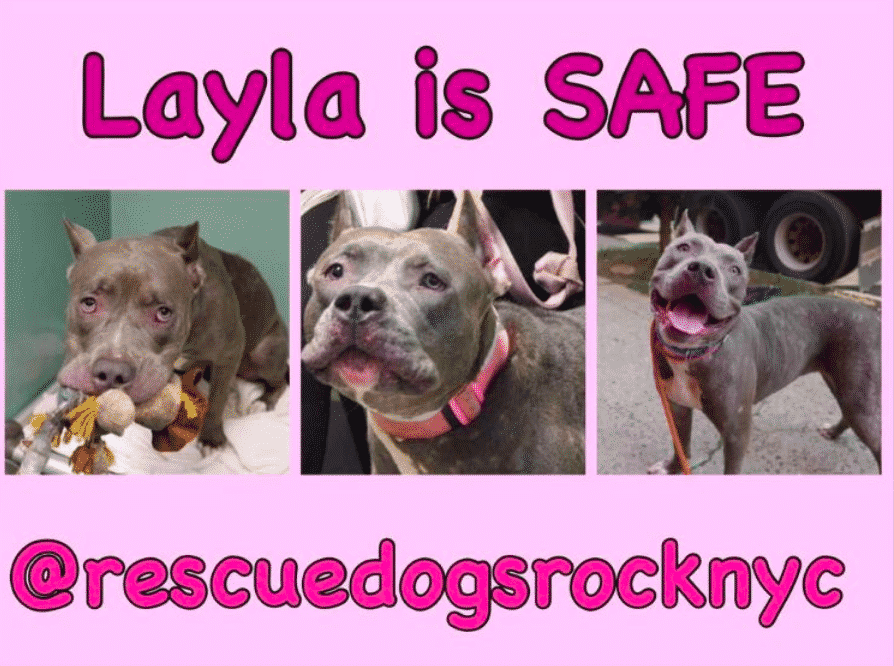 “She was already on the list a couple of times, so the shelter wasn’t going to give her any more time,” O’Sullivan said. People continued to share posts about her story all over Facebook in hopes of inspiring someone to head out and adopt her. Then, at the very last minute, something amazing happened. 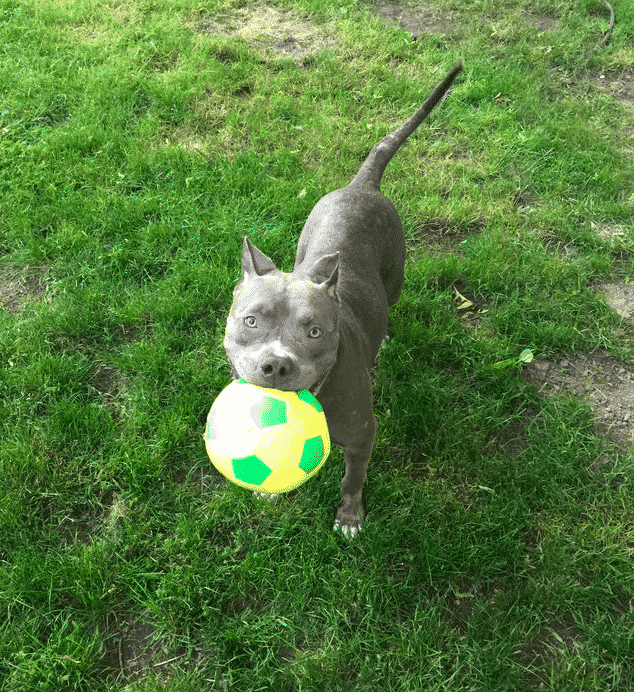 Thanks to many of the Facebook posts, there was enough money raised to transfer Layla to another shelter. She was brought to the new shelter and her personality immediately changed. It was like she could tell everything was looking up. 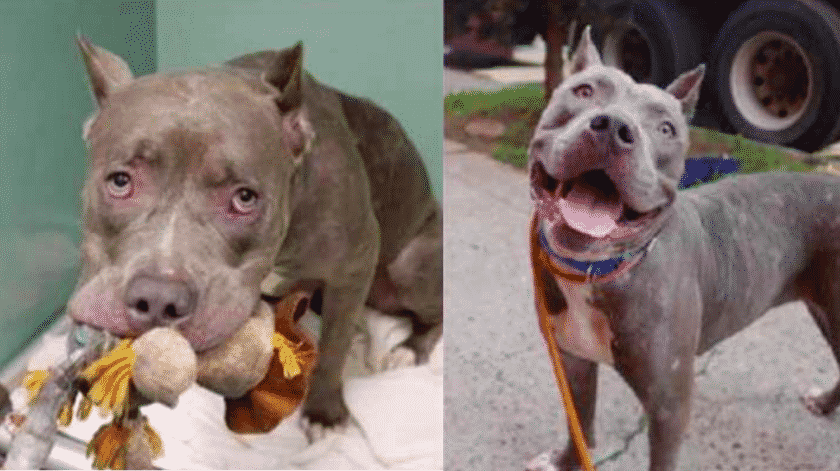 “She decompressed very quickly,” O’Sullivan said. “She’s out in the yard playing. She’s doing really well, and she’s obviously a great dog, and we expect her to be adopted really soon.” 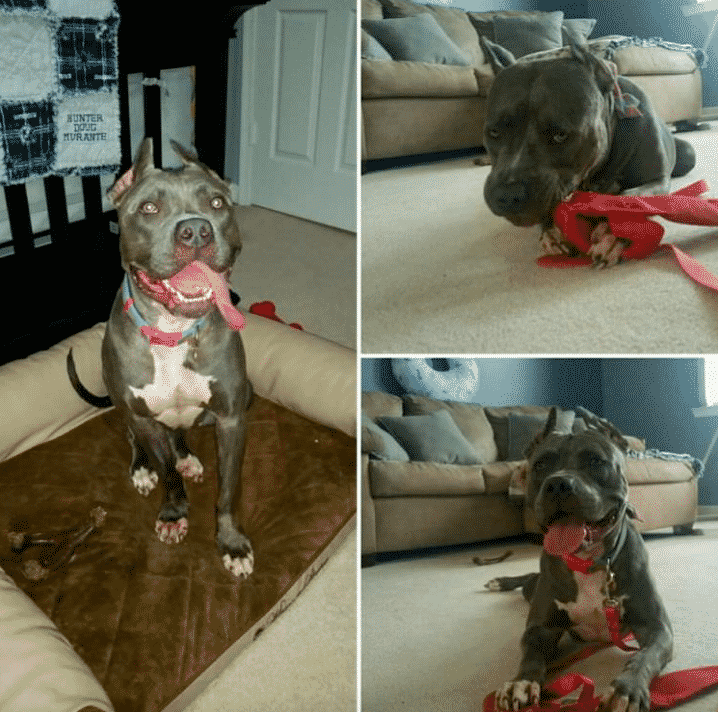 Seeing how much better Layla was doing, the shelter knew she would only do even better in a home environment. So they went out of their way to find a foster home for Layla. Soon they found the perfect home in Connecticut. 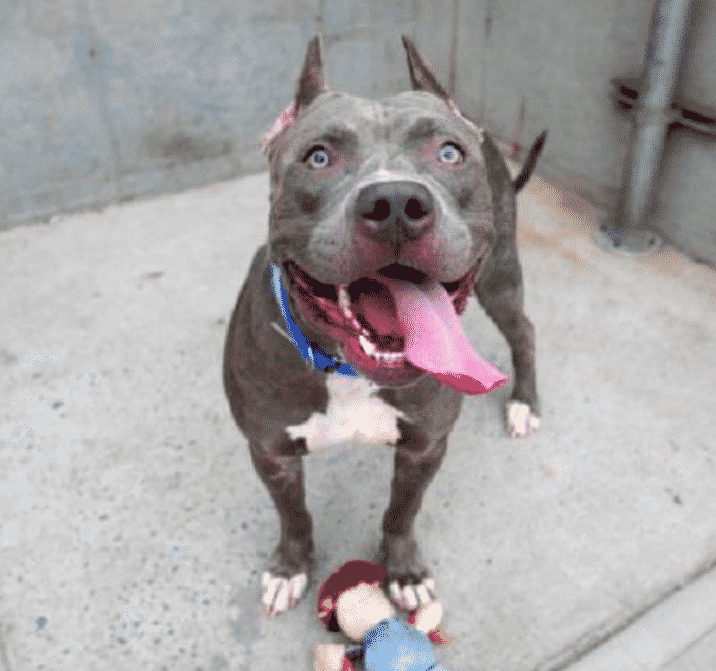 Layla’s foster mom absolutely adores the pit bull! She wrote saying:“Layla is such a silly stunning beautiful girl, nothing petite about this lady, full of energy, but can also relax and enjoy her human time… although she is restricted to the leash around the house because she had ACL surgery, she is a very smart, and curious girl.” 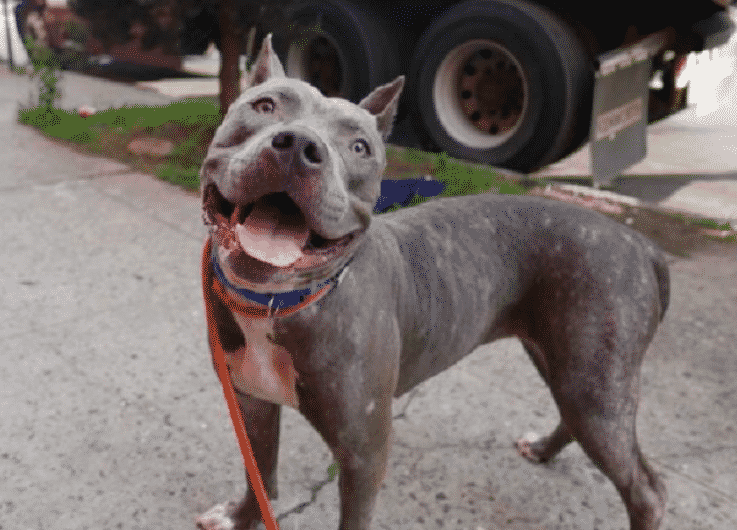 “She is crate trained, and I would say for the most part house broken, definitely needs a little structure, and human patience, and a routine she would be an amazing companion to a family.” Layla is obviously a very sweet dog. 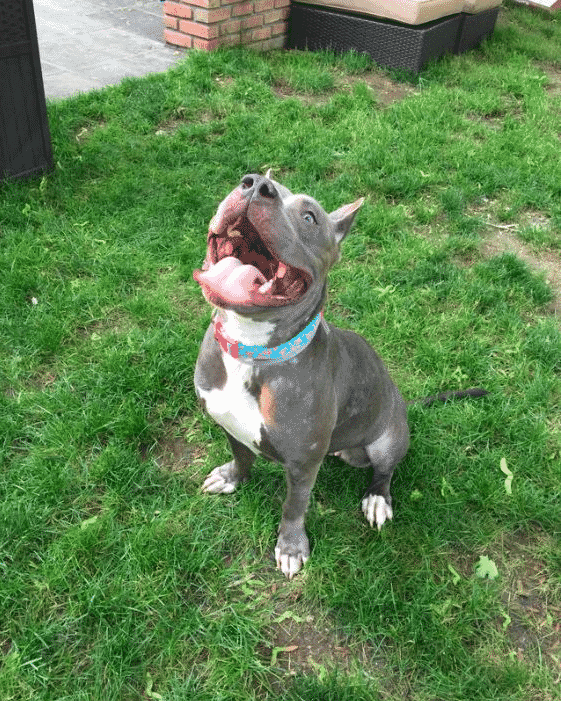 Layla is still waiting for her perfect forever home. Her foster mom has gone out of her way to rave about the pit bull and how she would make the perfect companion to any family. 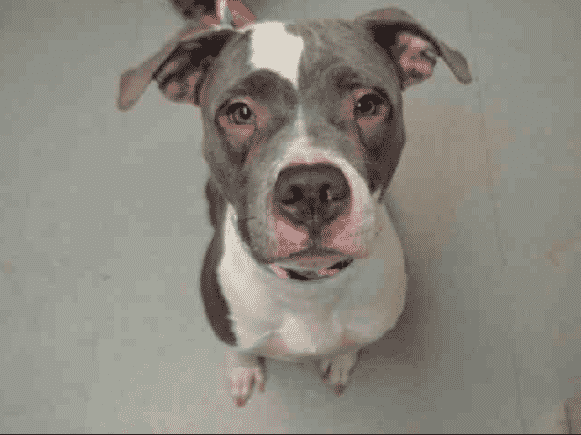 All Layla needs is some love and structure. Layla’s foster mom is hoping that someone reaches out soon so that Layla can finally feel at peace in her life. 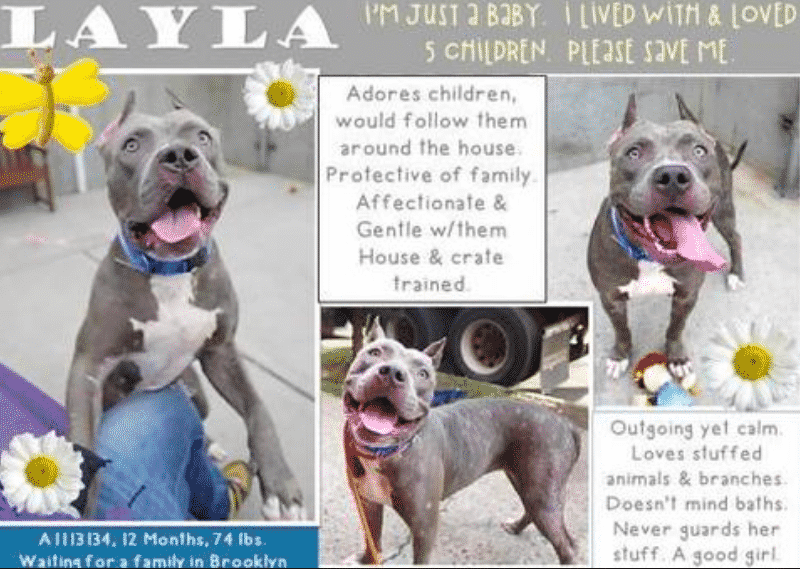 “So many great dogs get dumped at shelters everyday,” O’Sullivan added. “It’s really heartbreaking. But we’re happy she got a chance, because from everything we’ve seen, she’s a great dog.” 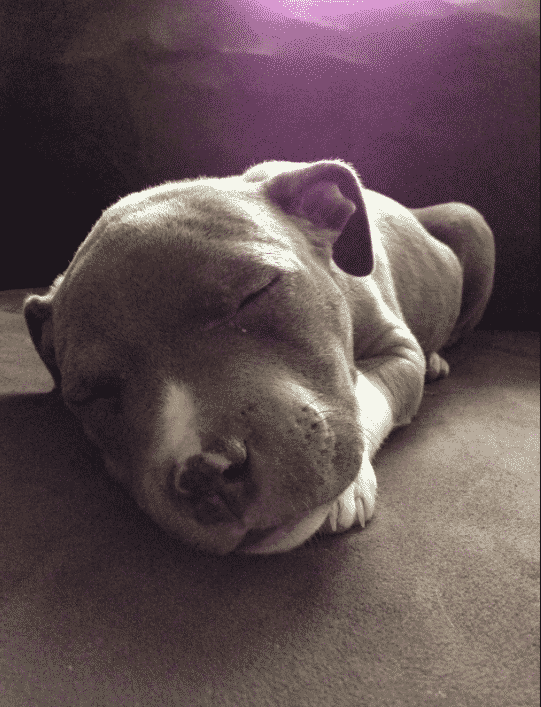 It is amazing that so many people went out of their way to help save the life of one little pit bull. Without the help of the online community no one knows what would have been Layla’s fate.

For now, Layla is happy in her new foster home. She was able to bring her stuffed toy with her and she is happily enjoying her time in Connecticut.