Cat Figures Out Owner Does Not Enjoy Her Live Gifts, Starts Bringing Giant Leaves Every Morning

It’s pretty common for cats to want to bring their owners’ gifts, and everyone who owns such a pet knows the struggle. Many times, they like to bring over something that they’ve hunted down, like a mouse or a bird. While they may be proud of themselves, most owners aren’t too thrilled at the gift. How would you feel like if every morning you would wake up to an unexpected present from your cat?

The man from our story knows exactly how it feels like and we’re so happy that he decided to share his amazing story with the entire world. His silly cat wanted to surprise her owner with gifts, however, the ones she was bringing weren’t making him too happy. When she figured out that she must find a new method of gifting, this sly cat decided to shower her owner with the cutest gift ever. 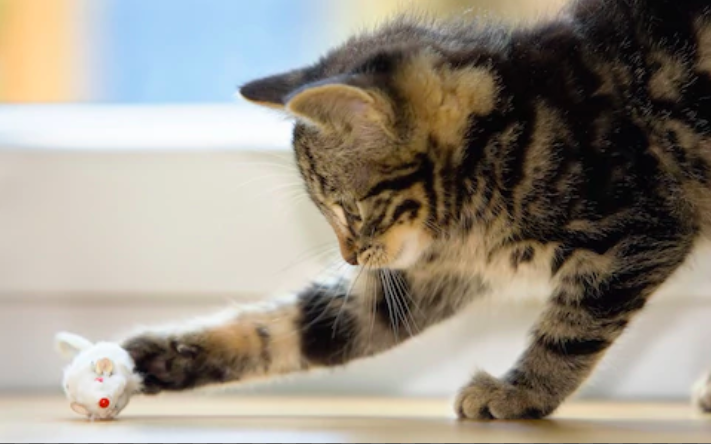 You’ll never guess what she started bringing home every morning. Photo #7 is hilarious! 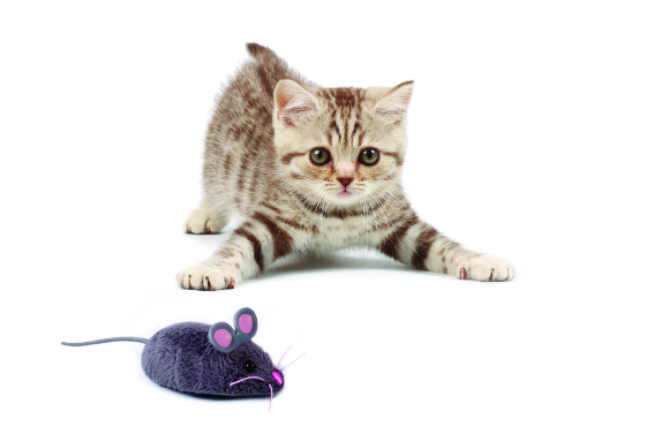 Since most humans don’t love the idea of being gifted a rodent, many cats feel confused when their gifts are rejected. The cats often work hard to hunt down this gift and love their human enough to share it. That was the case with this sly cat, Baloo. 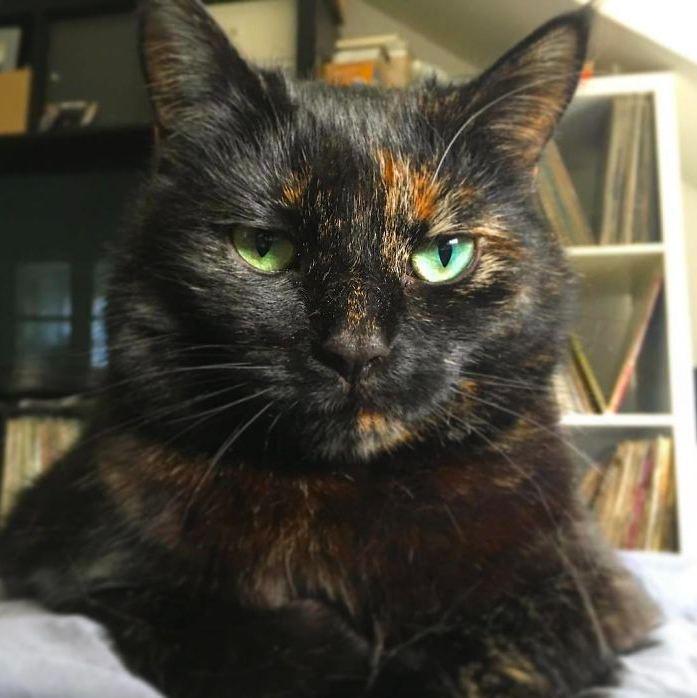 Meet Baloo, a sly cat that absolutely loves to hunt. Her owner, Ben, however, doesn’t quite love it when she hunts down various live gifts for him. In fact, he finds it pretty repulsive. That’s when Baloo realized that he must do something different… 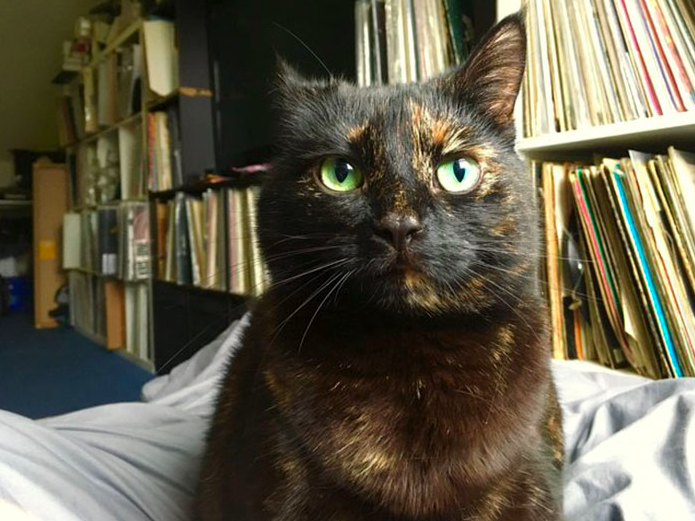 You see, in order to show her love, Baloo would often catch various bugs and rodents in the backyard to bring back to Ben. She would surprise him in the mornings with the gift and bring it straight to the bedroom. Ben was far from appreciative… 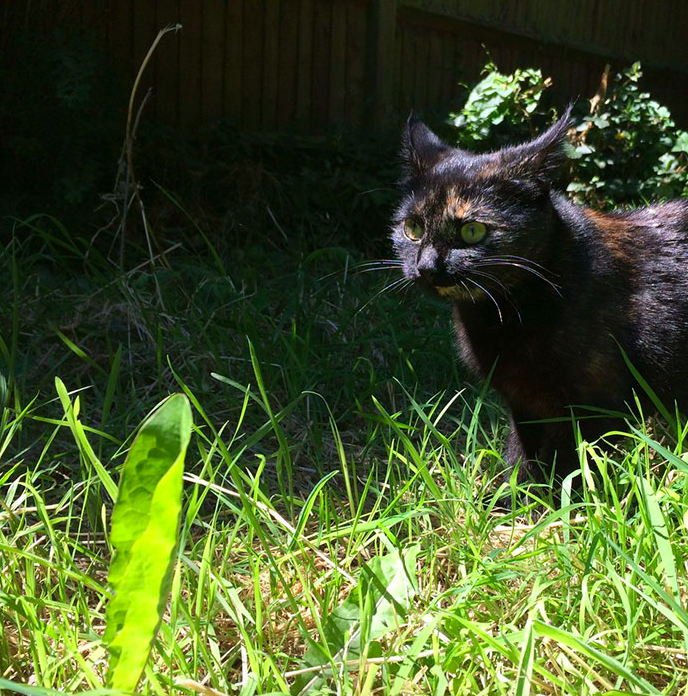 Baloo would often bring in small rodents and birds. She was such a great hunter that more often than not, the animal would still be alive when she would bring it into the bed. Ben knew this was going to be a problem for him. But one morning, things changed! 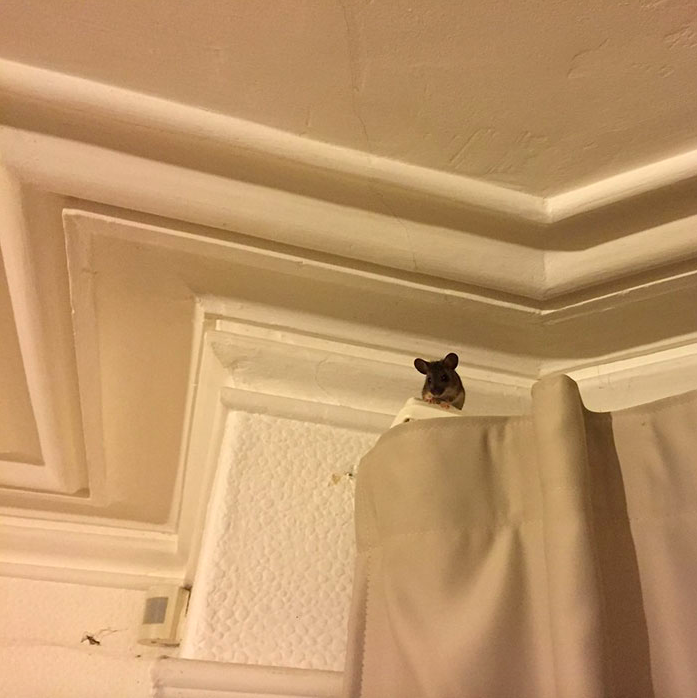 “I’d wake up to her on my chest with something in her mouth which she would then drop on my face or chest, and then meow,” Ben told The Dodo. “I don’t know if she expected me to think it was breakfast or that it was simply a gift.” Baloo’s reaction is hilarious whenever she does that. And that’s not all… 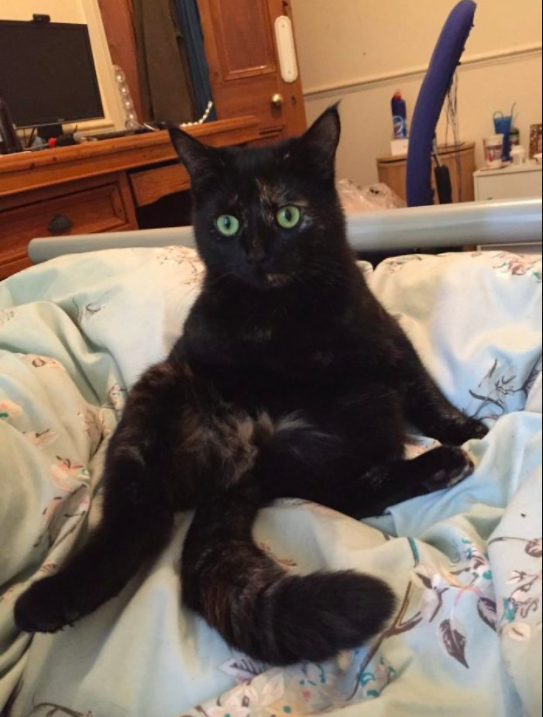 Since most of the “gifts” were still alive when they were brought to Ben, he would have no choice but to catch them and release them back outside. Baloo began to notice that Ben wasn’t pleased with the gifts that she was bringing him and she wasn’t happy about it. That’s when the smart ball of fur came up with a brilliant idea! 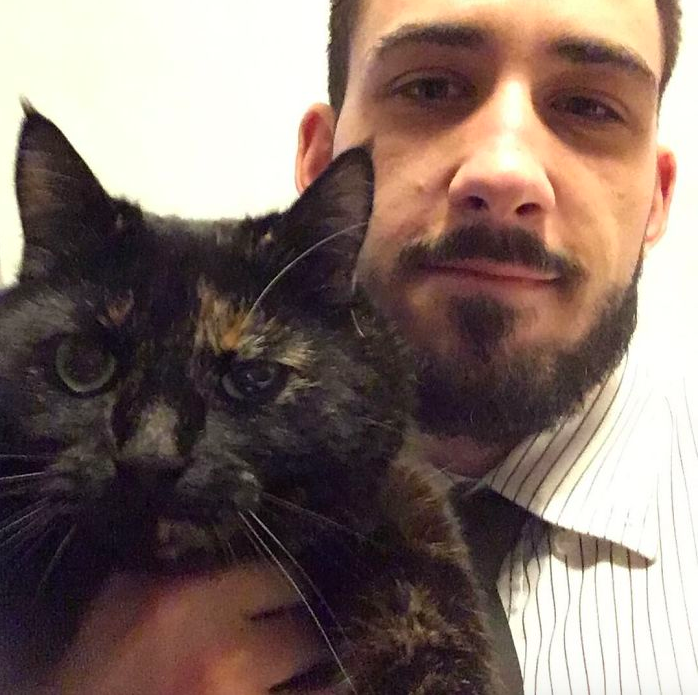 “She always looked so confused and sad, which made me feel pretty bad,” Ben said. However, Baloo started to think the situation through and began to ponder on the type of gift that Ben would love. Finally, she came to the perfect conclusion. It’s hilarious! 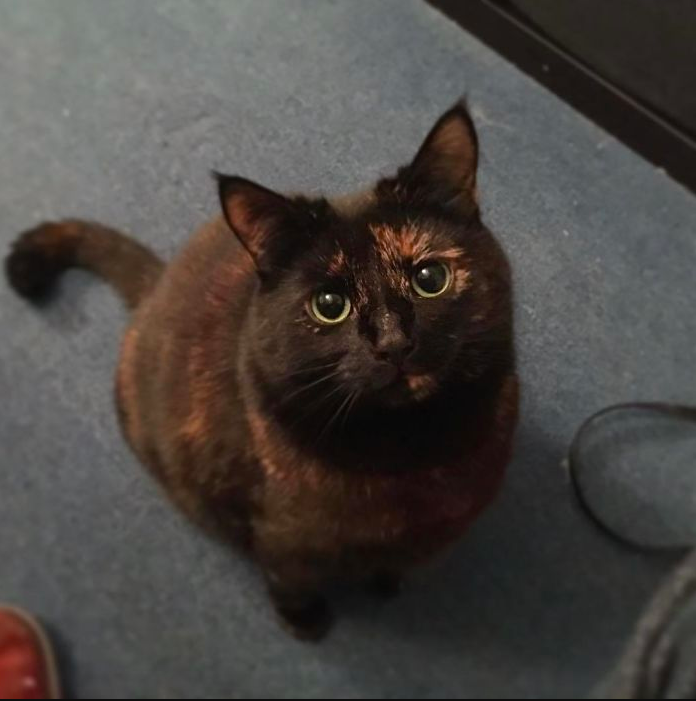 “It took a couple of months of me rejecting her gifts for her to start bringing me leaves. They were always big, nice looking leaves,” Ben said. “It was such a relief from the live mice every morning that I would show my gratitude by taking the leaf and playing with it while she sat on my chest.” You won’t believe how cute Baloo is when she drops the leaf on his owner’s bed! Check it out in the following photos. 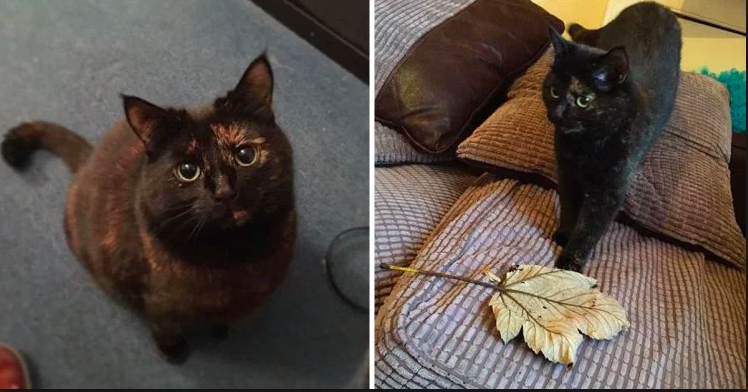 Baloo finally realized that Ben loved the leaf presents and she was thrilled about it. “She knew she was doing something right now,” Ben explained. Sometimes, Baloo would throw Ben for a loop in the mornings… 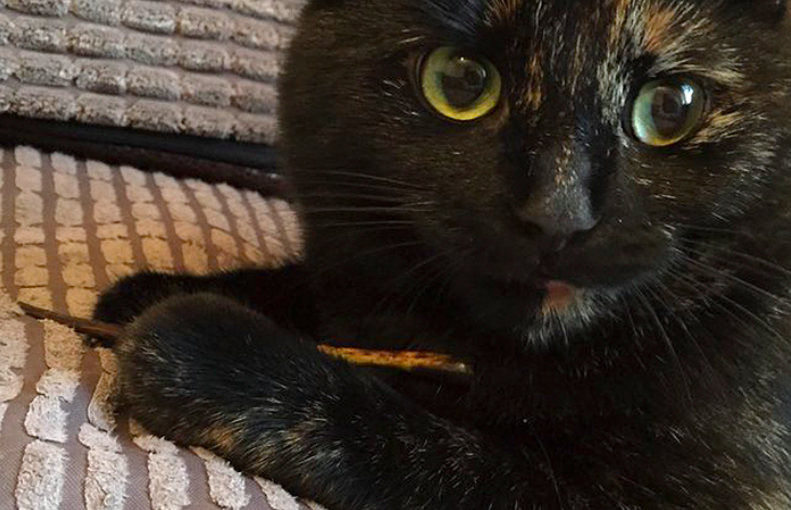 Although bringing a leaf was the typical morning gift, Baloo liked to keep Ben on his toes. Some mornings she would bring him a beautiful twig just to keep things interesting. Baloo was happy that her gifts were finally received with happiness. And then she would do this next thing… 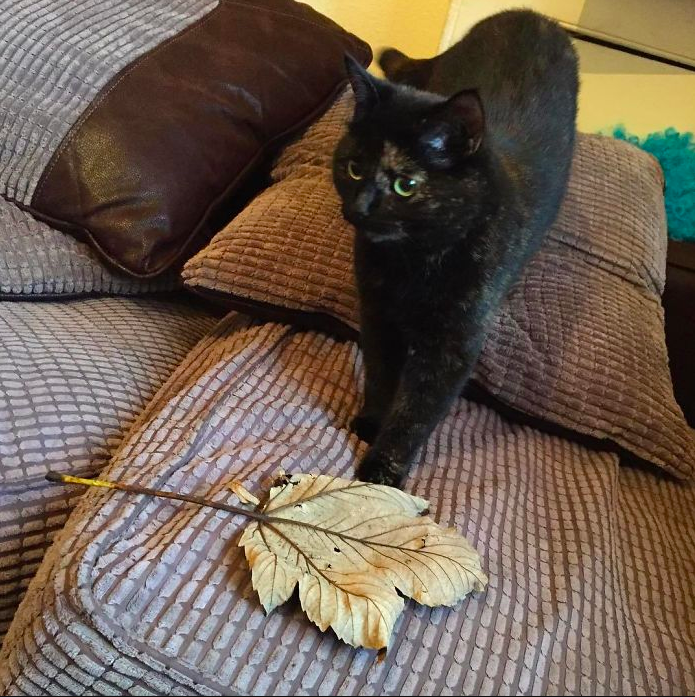 “It warms my heart thinking about her on a little mission each morning to find a gift for her human,” Ben said. Ben has even noticed that the leaves that Baloo has brought him are some of the nicest he’s ever seen. 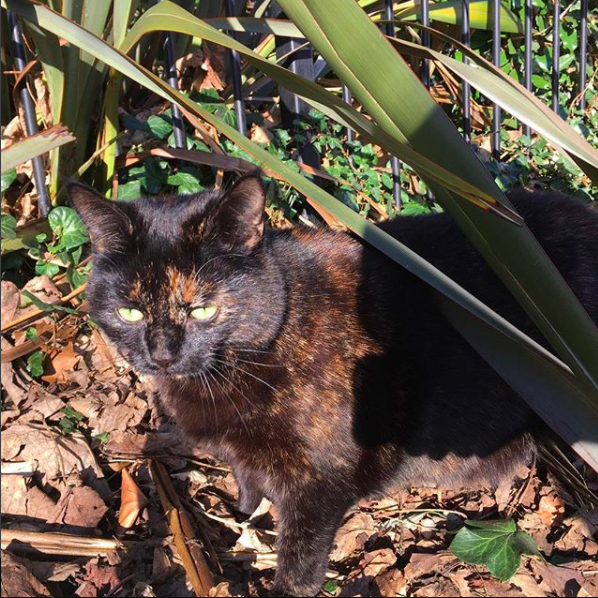 Ben has taken note that Baloo often picks some of the biggest and most crisp leaves to bring back home to him. He appreciates the thought and the effort that it takes her to find a leaf of such caliber. 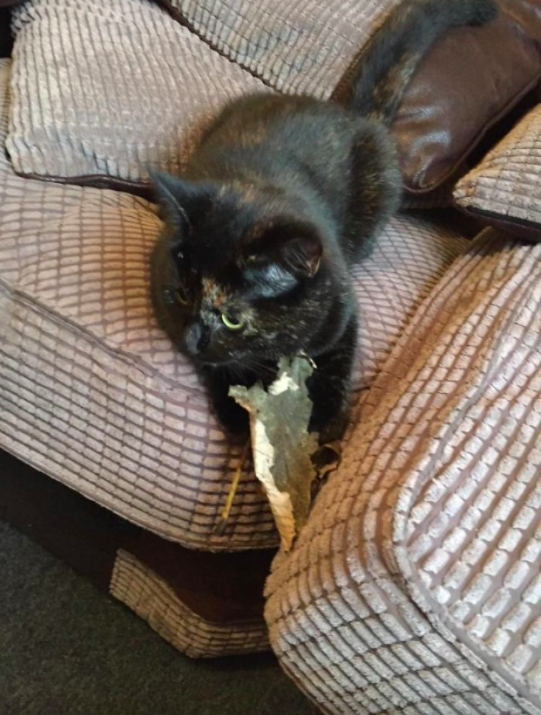 These days, however, Baloo hasn’t been hunting down leaves quite as much. She has begun to embrace a far lazier lifestyle choice and instead chooses to show her love for Ben in a different way. Can you guess how? 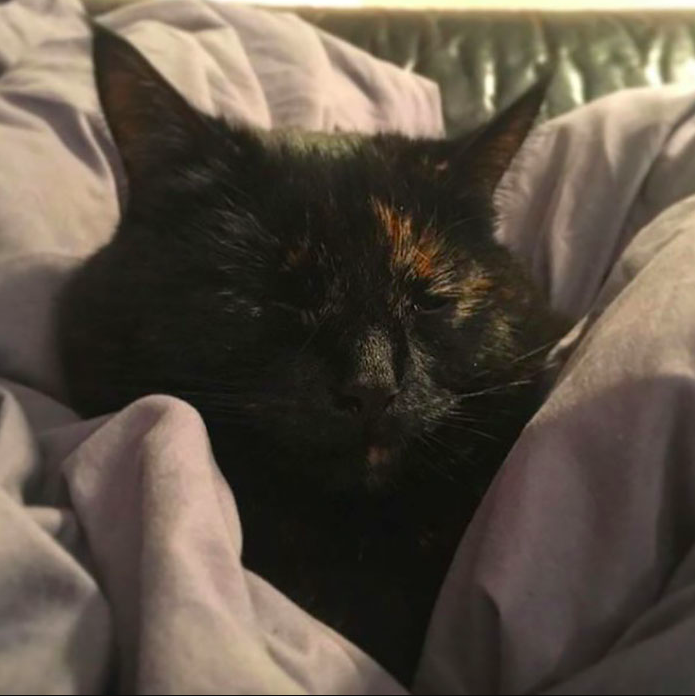 Lately, Baloo has been all about the snuggles. Ben really appreciates the effort and loves when she comes over for a snuggle session. She even makes him feel better when he’s down. 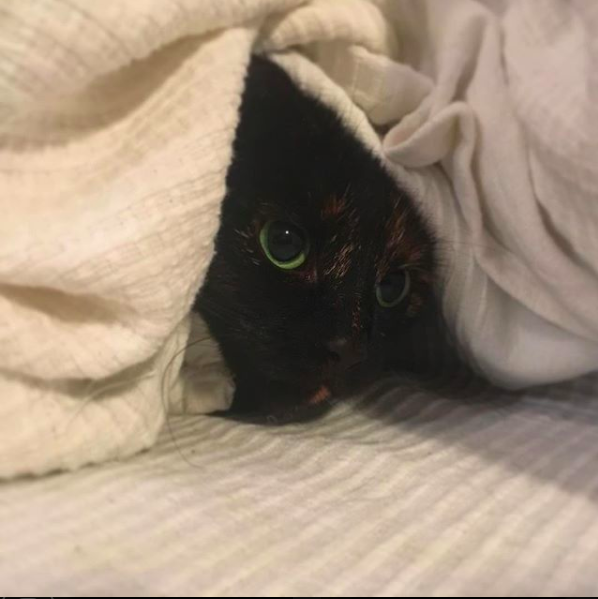 “She will comfort me when I’m feeling down,” Ben said. Although Ben does sometimes miss the morning twigs and leaves he doesn’t mind this more affectionate side at all. 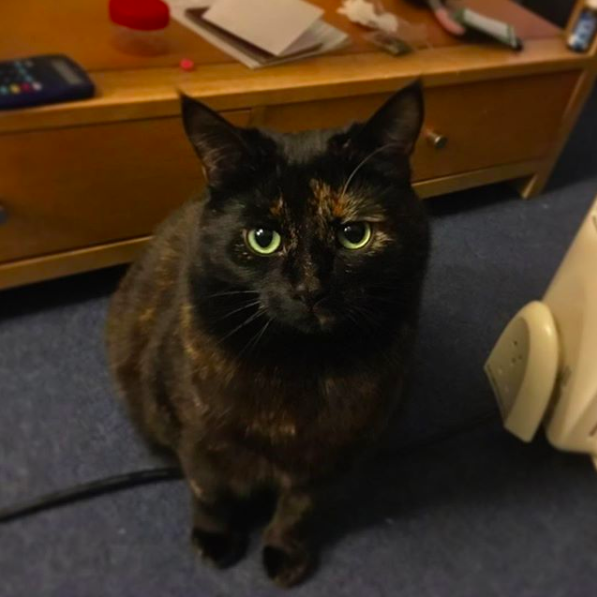 “She’s not a lap cat by any means, but when I’m upset or nervous she will hop up onto me, push me back so I lay down and then she’ll just sit on my chest purring like mad and nuzzling my face with her nose. She’s a very loving cat.” 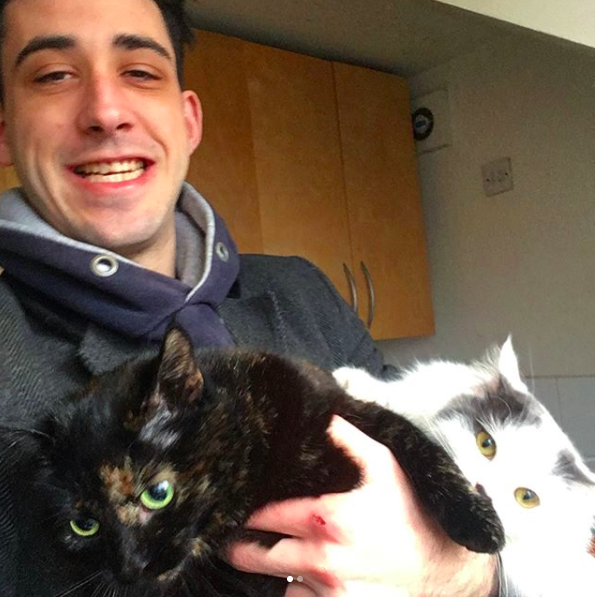 Ben and Baloo are both enjoying their lives together now and the pair has only continued to grow closer as the years have gone by. Their relationship has definitely evolved since Baloo’s rodent catching days and Ben is happy that he owns such an intelligent and empathetic cat. 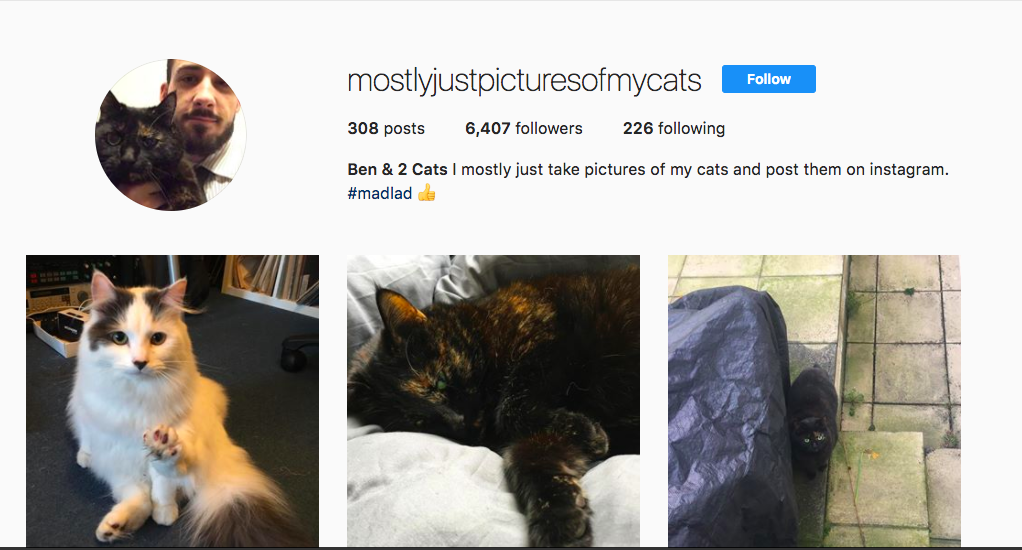 Due to her adorable nature, Ben has started to document her daily activities to post on Instagram. The account’s called @mostlyjustpicturesofmycats. You can find tons of pictures of Baloo on there and Ben’s other cat. 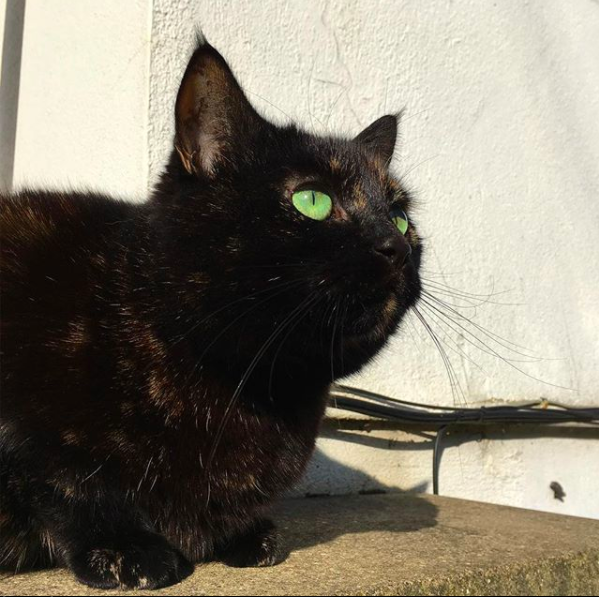 It’s stories like these that make you realize just how intelligent animals really are. This caring cat went out of her way to understand a situation in order to better please her owner. If that isn’t the sweetest thing ever, then we don’t know what is!