How many of us would risk our lives to save another’s? What if that other wasn’t even a person but a whale? Well, these two men decided to show how brave they are when they came across a whale that was tangled up in a fishing line. You’ll be blown away by their heroic efforts when you see just how hard they worked to free the poor trapped creature. 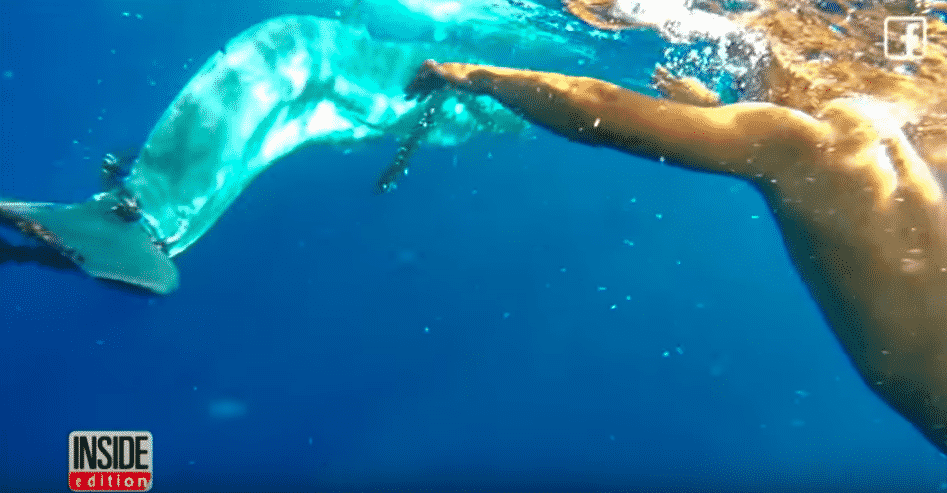 Recently, amazing footage was released of a daring whale rescue. In the video, you can see two young men risking their lives to help out a trapped whale. So how did this happen? 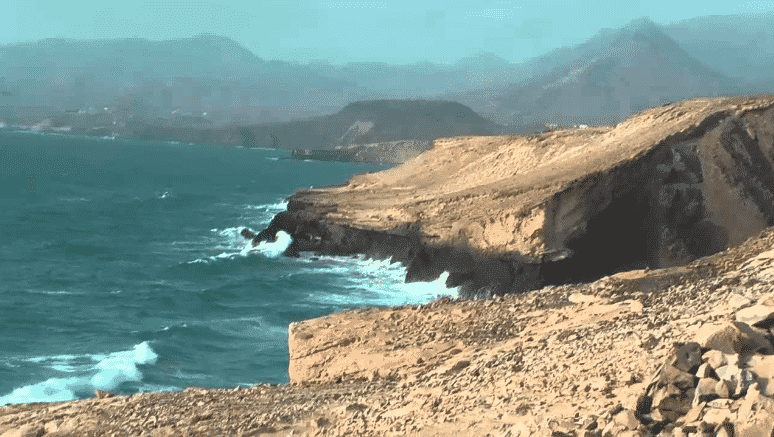 Cesar Espino and his friend were both whale spotting off the coast of the Canary Island of Fuerteventura, Spain. The two were on Espino’s boat and enjoying the weather while looking out for different whales. That was when they spotted something strange. 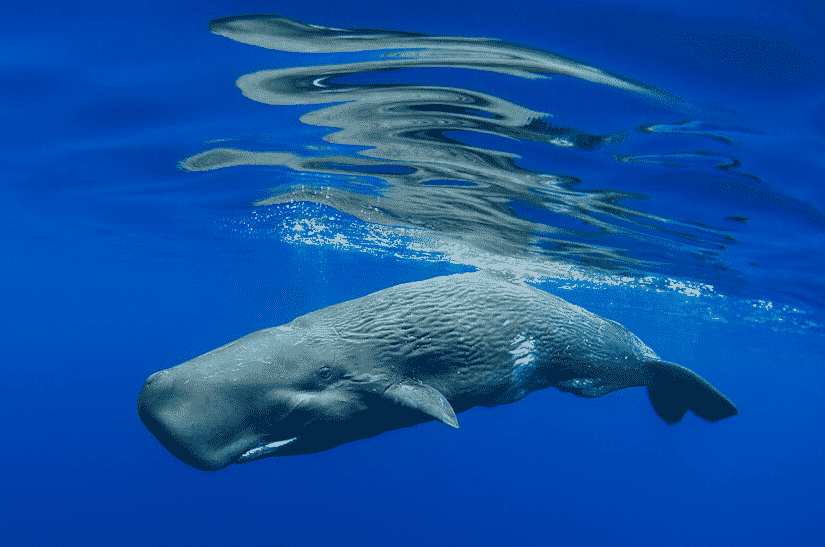 Suddenly, right before their eyes, swam a 50-foot-long fin whale. The men were amazed to see such a sight as it’s not every day that you get to see a creature of that size. That was when they noticed something odd about the whale. 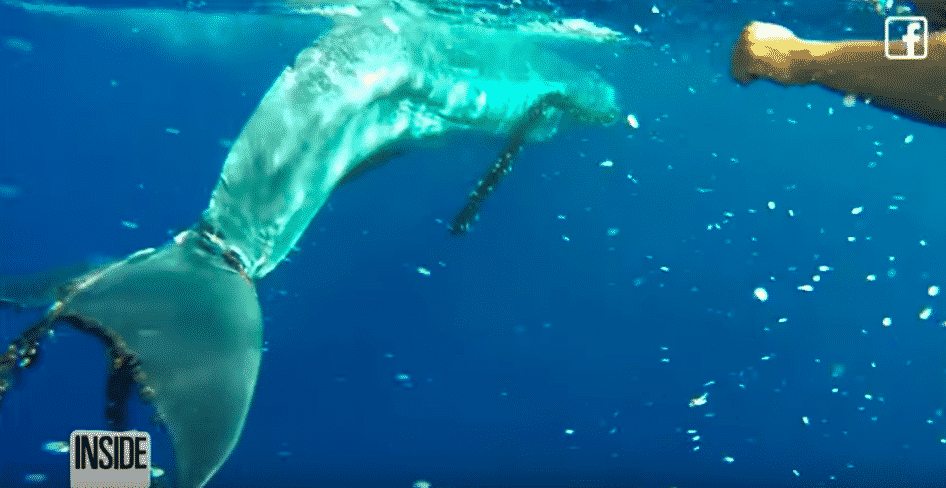 As the men took a closer look, they began to notice that the whale was struggling to move about. The whale seemed to motion at the men for help. It was then they realized what was wrong with the whale. 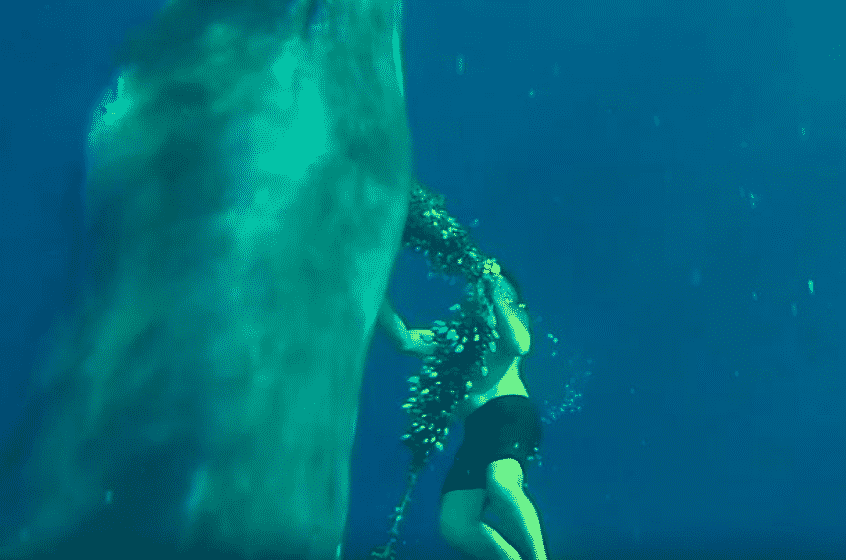 Once the men took a look, they realized that the whale was hooked and tangled in an illegal fishing line. The men knew that they couldn’t leave the whale to suffer like that. So they jumped into the water and began to help out… 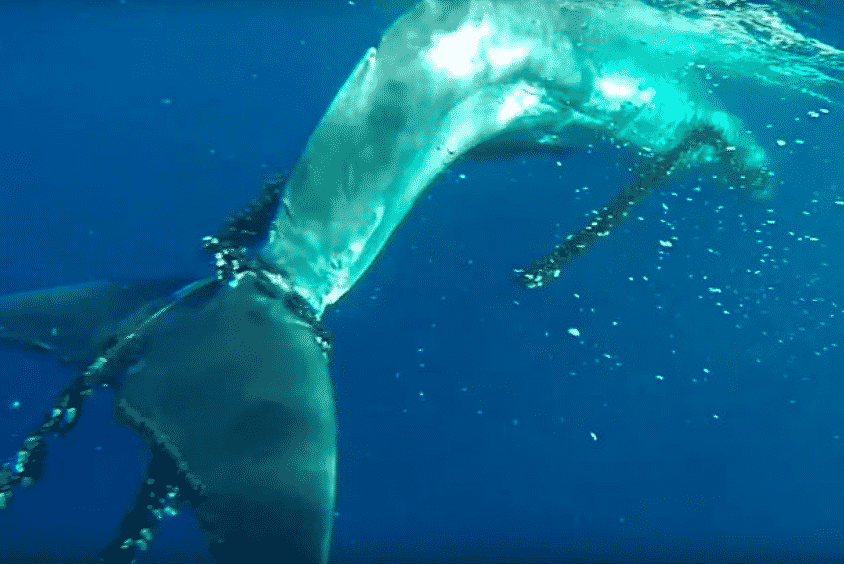 According to Espino, it is pretty common to see fin whales along the coast. They typically travel in groups of two or three, however. So this lonely sighting of a whale was a rare occurrence… 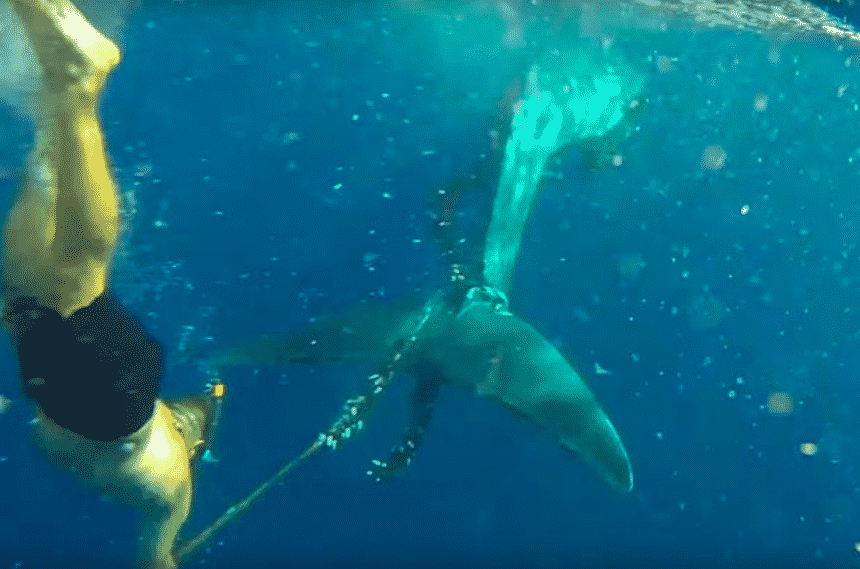 The men jumped into the water and began to look at the problem they had before them. “As we approached the fishing line we saw the breathing of the whale and we realized that she was entangled in the net,” Espino explained. 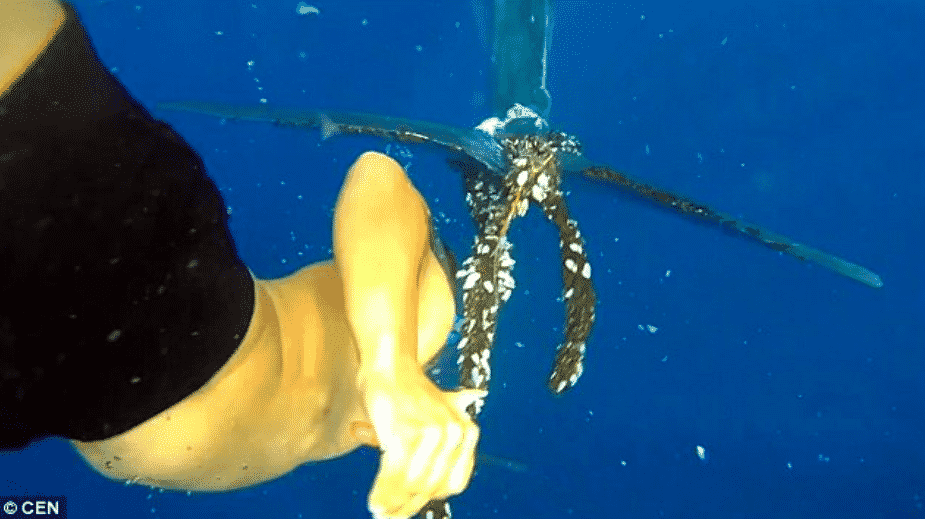 The men initially saw the whale next to a buoy. They knew something was strange when the whale wouldn’t move away from it and started pushing up foam-flecked water up to the surface. That was when they noticed how the whale had gotten trapped. 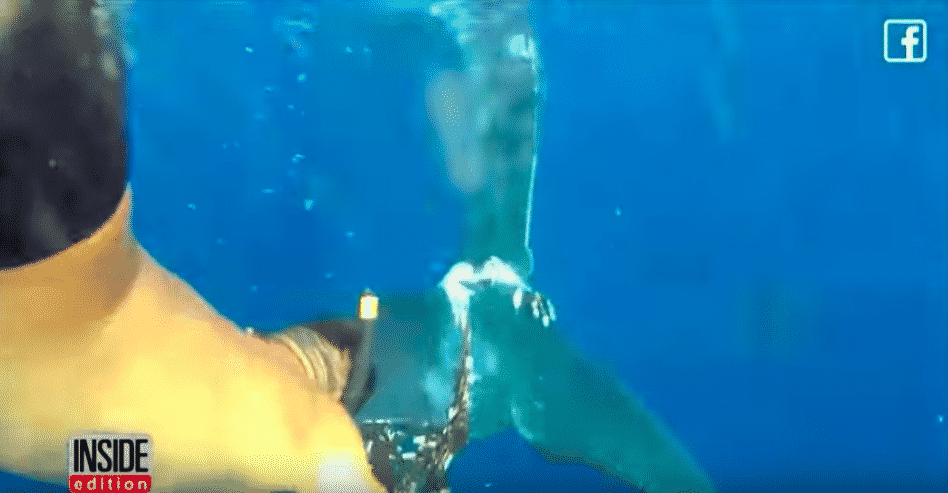 As they got closer they noticed that the buoy was attached to a long fishing line, held down by ropes and hooks. This is an illegal way to fish and rightfully so. The device is used to fish for particular types of fish. 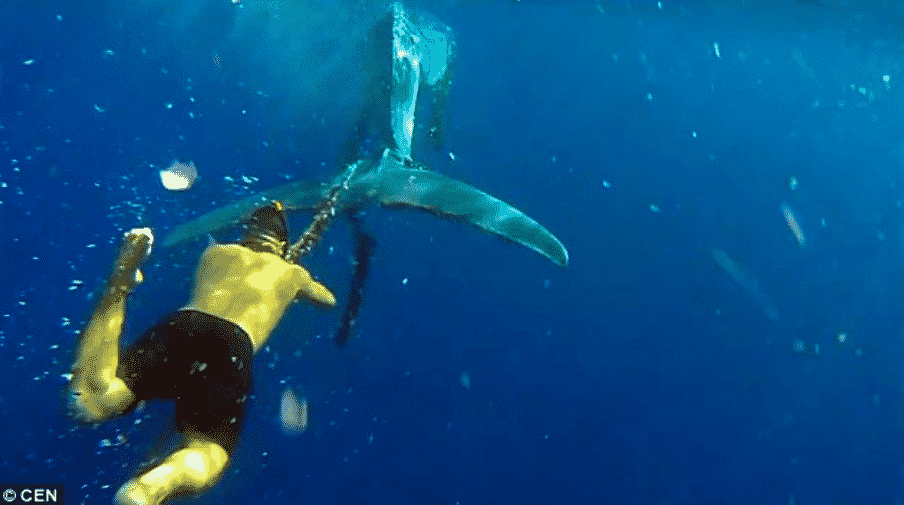 The ropes from the illegal fishing device were wrapped all along the whale’s body. It was a sad sight Espino stated. “I quickly jumped into the water and let the whale see me so she knew I was trying to help her,” Espino said. 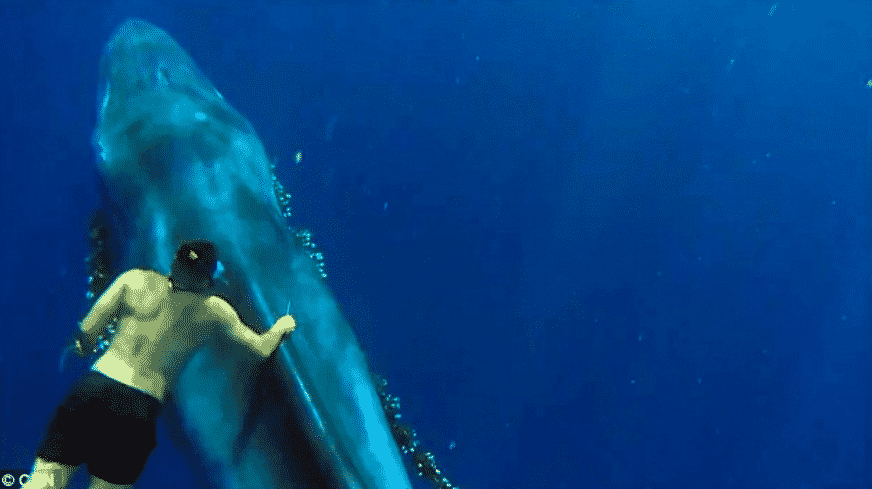 “I felt compassion for her and didn’t hesitate in freeing her from the ropes,” Espino said. So that’s exactly what the men worked on doing and it took a pretty long time. However, they knew it was the right thing to do. 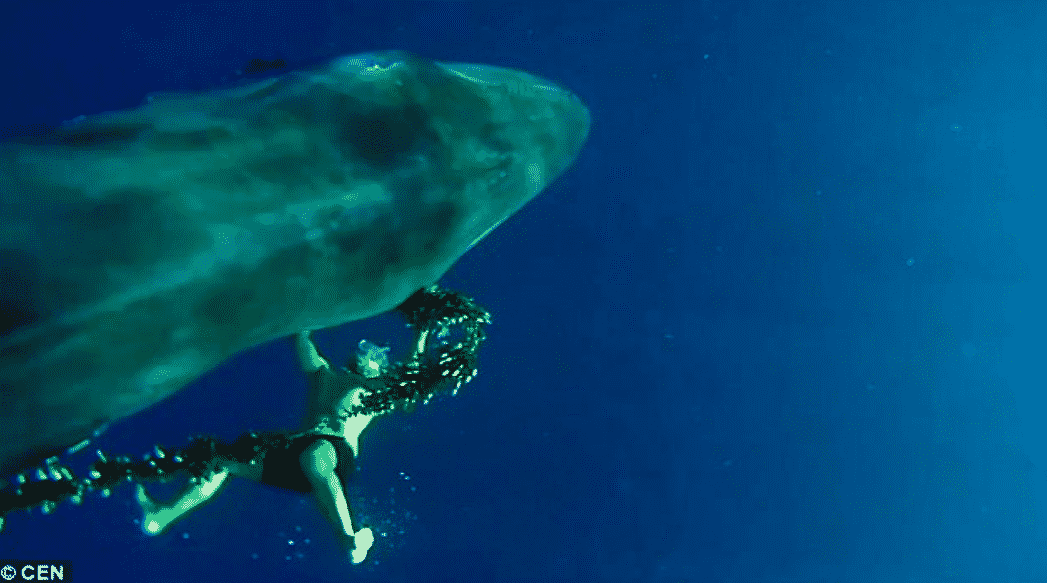 “Each movement the whale made was harming it and therefore I entered the water with a knife and I positioned myself in front of the whale so it could see me; she – it was female – looked at me as if asking for help,” Espino explained. So how long did it take the men to free her? 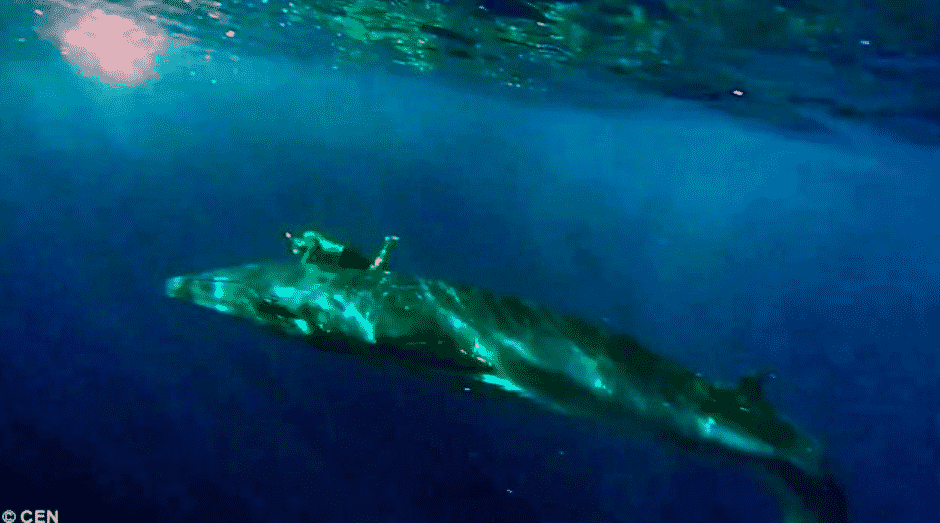 “I didn’t hesitate in cutting the ropes that had her trapped,” Espino said. It took the men over an hour to free the poor whale. The men would swim up and down the length of the whale to cut the ropes off from her body. It was a hard task… 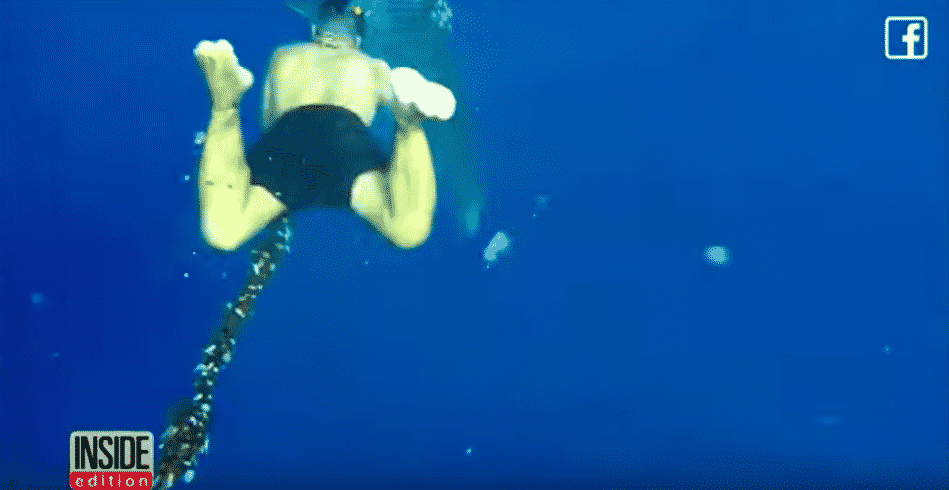 The men would continually dive into the weather and stay under for as long as they could hold their breath. The mission started to become harder the more ropes they cut off as the whale began to try and swim away. Eventually, they made real progress. 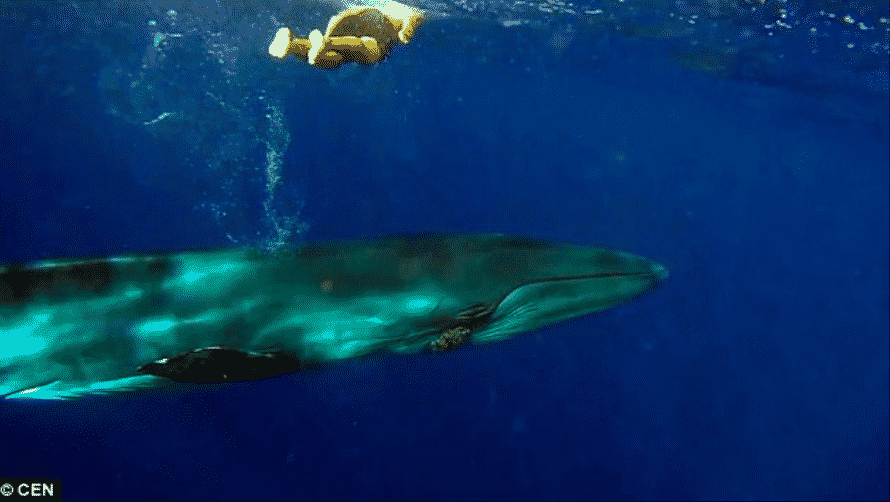 Eventually, the men finally cut off every single rope that had been entangled around the whale. Then they pulled the hooks out of the whale’s mouth. Their help didn’t end there though. 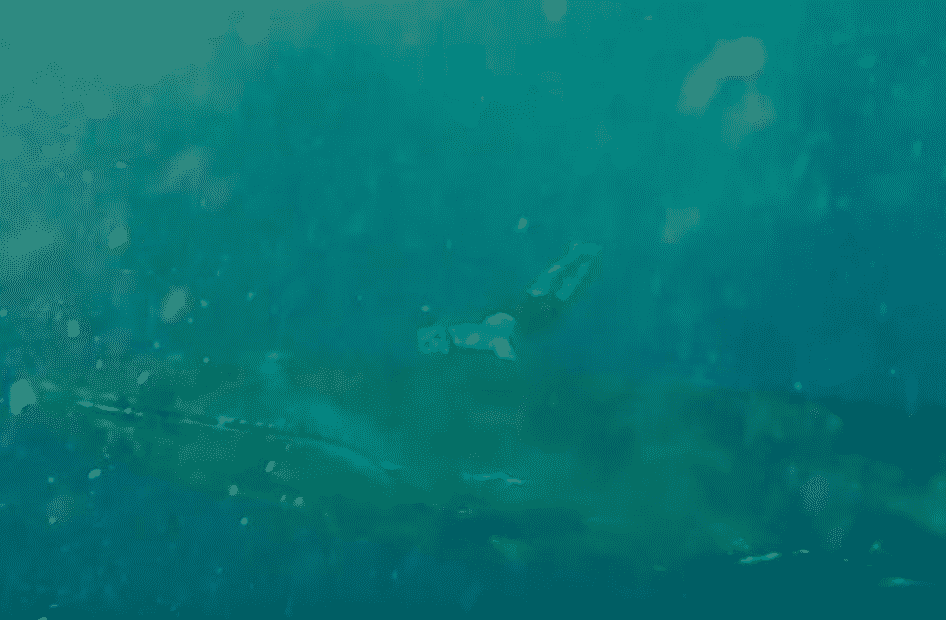 As the whale swam away, the men continued to follow after her. They followed her to make sure that she was able to swim normally after such a traumatic experience. Eventually, they lost sight of her as she swam off perfectly. 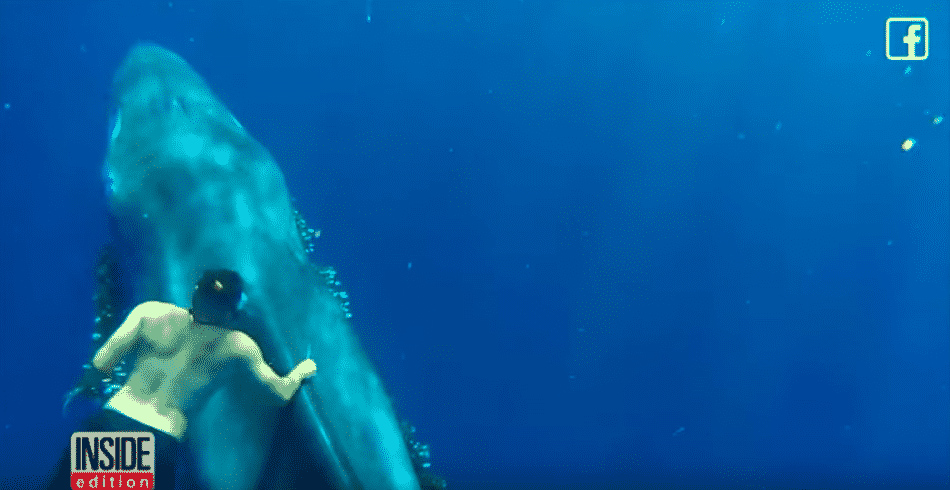 The men were truly brave heroes for going out of their way to rescue the whale. Although fin whales do not generally attack humans, it was still a dangerous move. After all, one swipe from her tail could have easily killed one of the men. 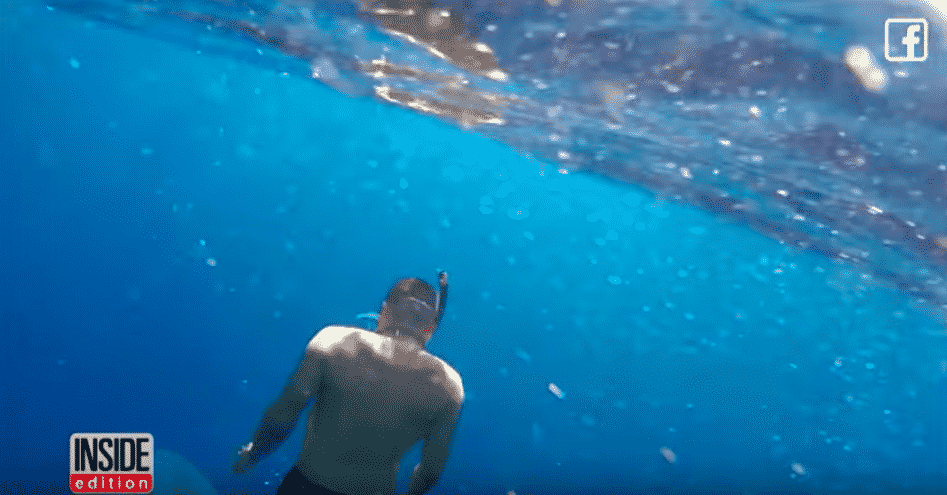 Espino’s friend filmed the entire experience and uploaded the footage onto YouTube. The video gained a ton of views. Everyone in the comments were amazed at the hero status of Cesar and his companion. 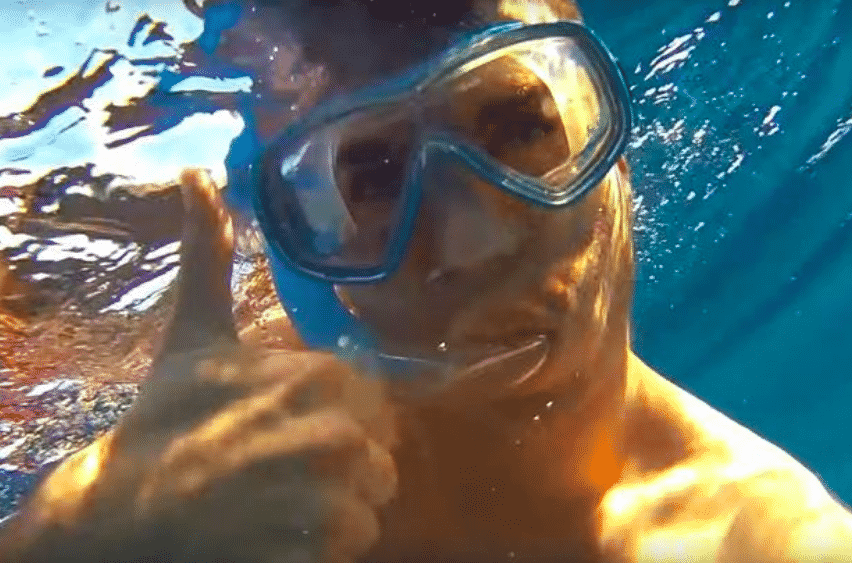 The comments section of the video is filled with uplifting comments thanking the men for their courageous efforts. One viewer wrote,”Congratulations, thank you on my behalf and that of all who love this planet.” 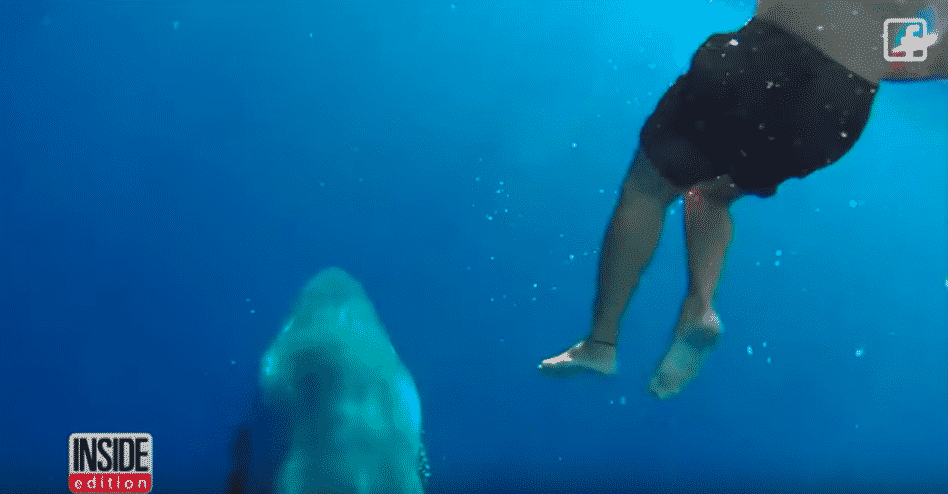 The two men were happy that they could help and that they were able to free the whale. They described the feeling as incredibly satisfying as they watched the whale swim away.