When one man spotted a deer walking around in the woods he was immediately caught by how…different…it looked. It wasn’t a normal looking deer at all, so what had happened to it? Well, the man decided to walk over and find out. Then he made the craziest discovery of all… 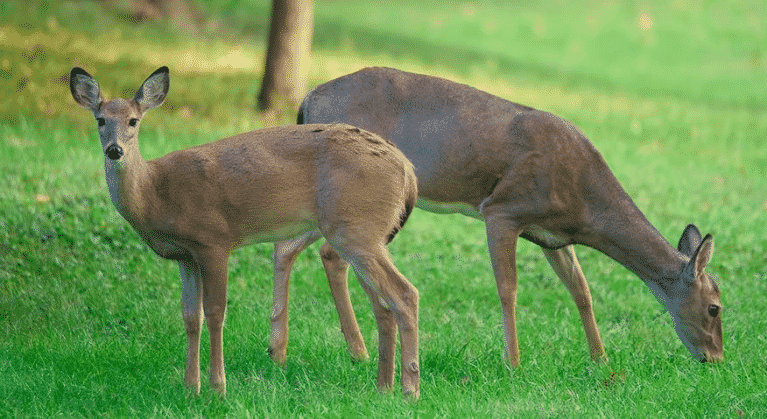 Anybody living in New Jersey will tell you that deer sightings are pretty common. There are deer all over the wooded areas. This is why many of the major highways have warning signs posted up about them. 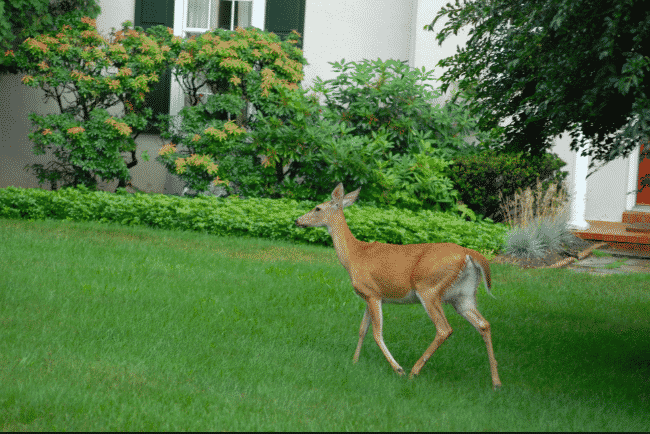 Although it is not uncommon to see the deers in the winter, it is far more likely to happen during the warmer months. The most commonly spotted is the white-tailed deer that are a huge part of the landscape in Jersey. 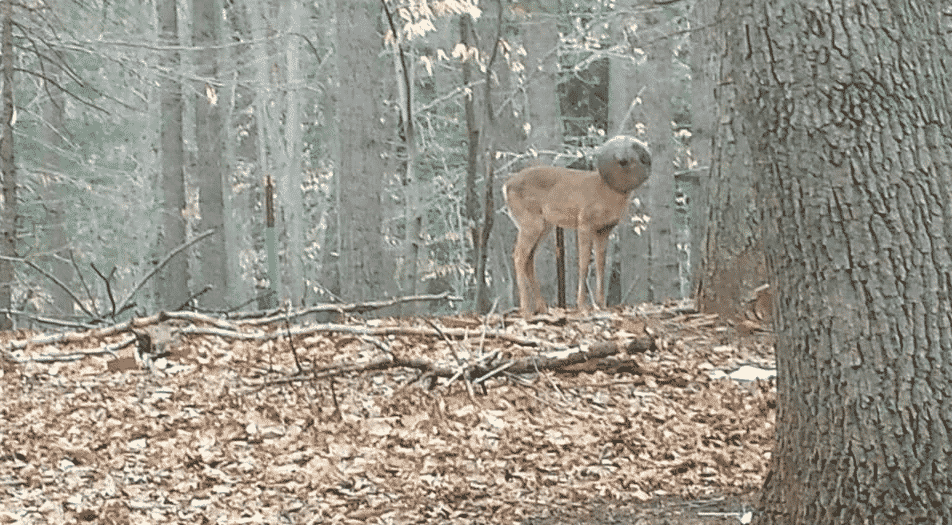 It was around deer spotting season when one homeowner in Colts Neck was surprised by the presence of a deer. Normally, a deer wouldn’t have caught the man off guard. However, this was no ordinary looking deer… 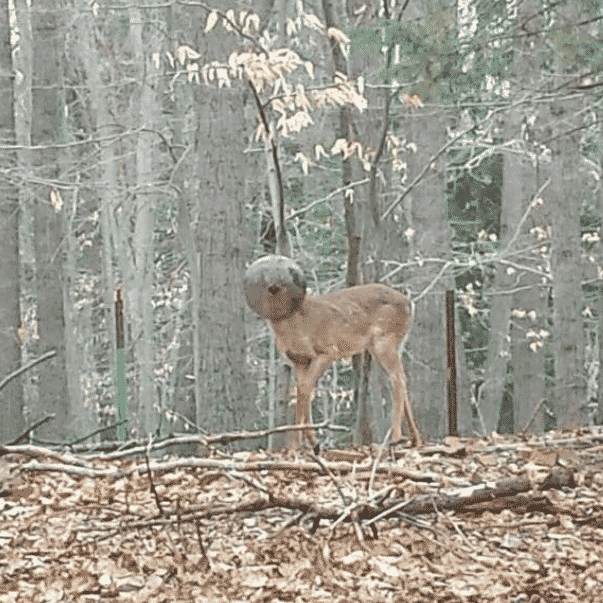 It was around evening when the man spotted the deer so it wasn’t easy to see clearly. However, from a distance, he could tell that the animal had a deer’s body. The head, on the other hand, was shaped like an astronaut’s helmet! 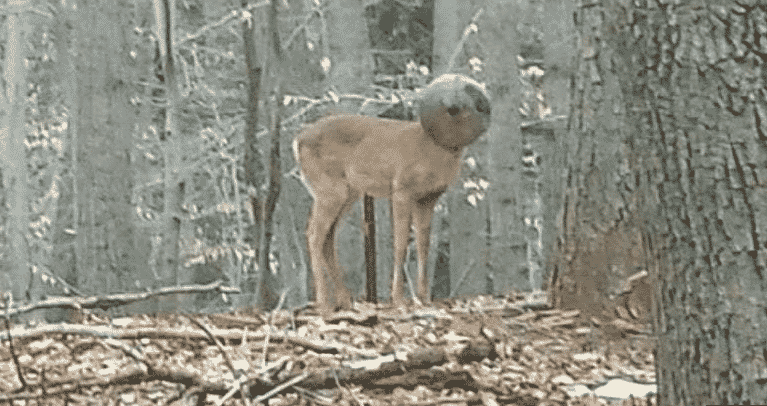 The man decided to get closer in order to better understand what he was looking at. As he got closer he realized that he was staring at a young buck. The buck also appeared to need help fast! 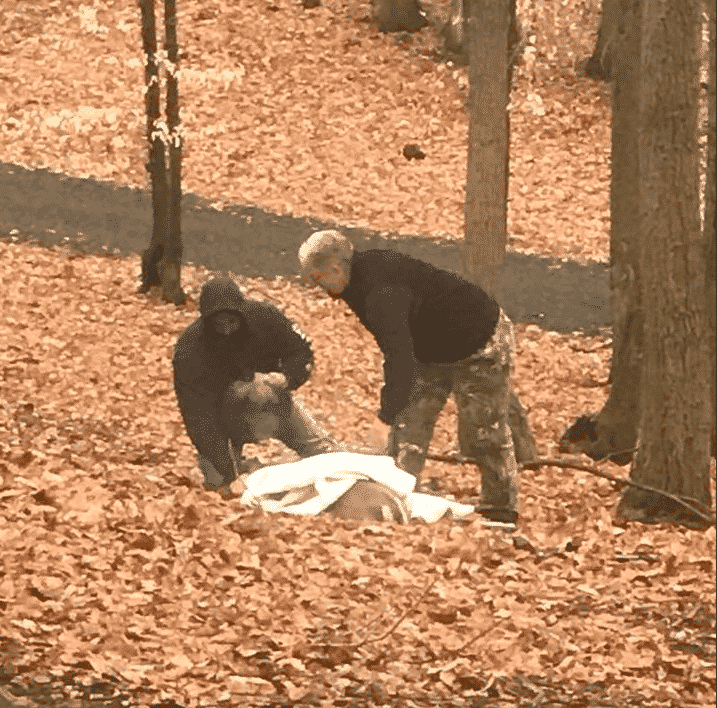 The poor buck had gotten its head stuck inside of a round glass bowl. The headpiece was definitely weighing him down but that wasn’t even the saddest part. It appeared that the buck had no family anywhere around him. 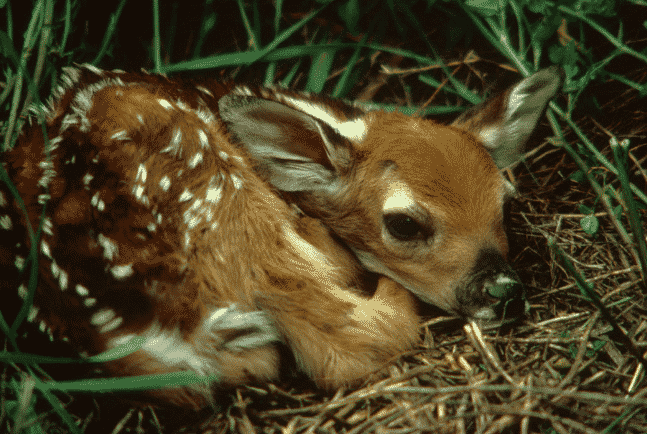 It seems that his family had left him all alone to deal with the bowl situation. While it may seem cruel the tactic was not done out of malice. The Monmouth County SPCA describes the reasoning behind deserting the young deer… 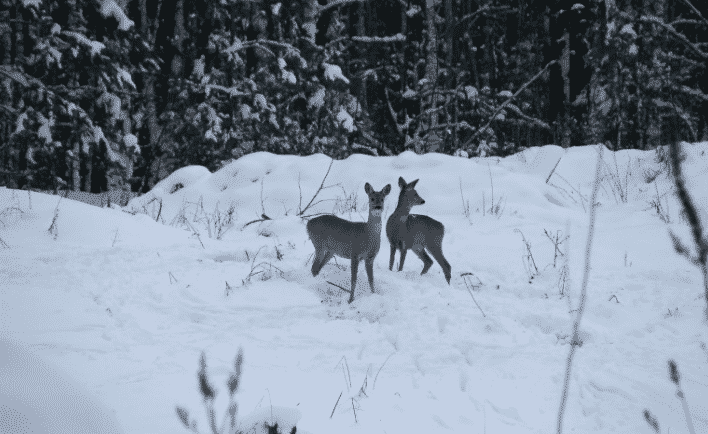 “Certain species will treat members as outcasts if they look different or are injured so to not invite predators or disrupt the integrity of the herd,” the Monmouth County SPCA (MCSPCA) stated in a press release. The deers were simply looking out for the safety of the herd. 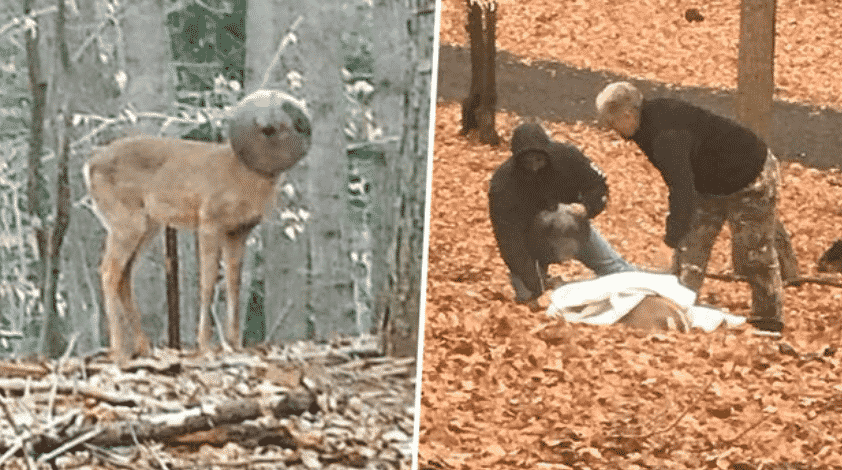 The man knew that it was imperative of him to act quickly. After all, it was obvious that the deer had been stuck in the bowl for days without any food or water. He quickly contacted the MCSPCA and the NJ Division of Fish and Wildlife. 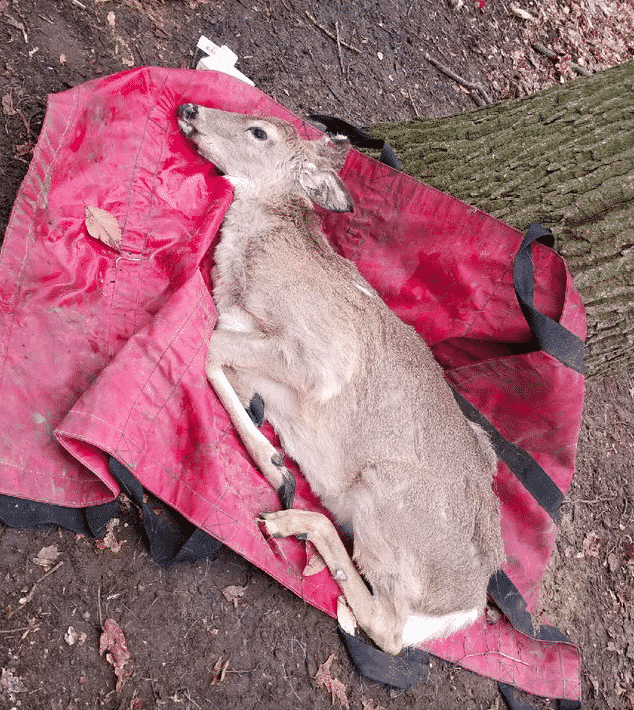 Once they got to the area, the team quickly got to work on helping out the young buck. They quickly sedated him and began the process of removing the bowl from his head. It was a serious challenge… 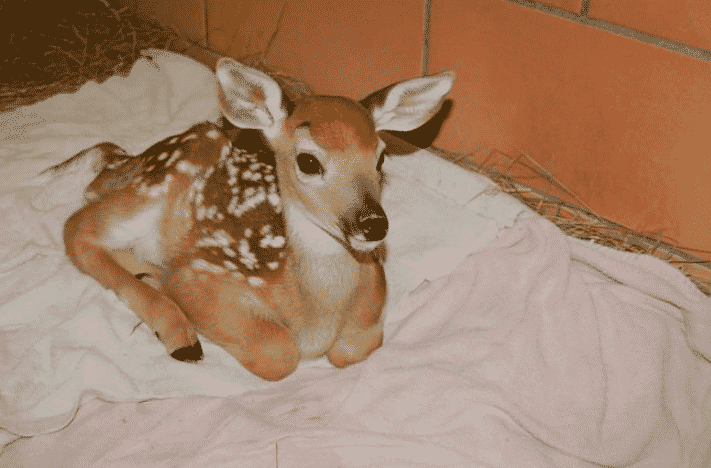 “The glass bowl was removed, which turned out to be a light fixture cover, which probably had been filled with water the deer tried to drink,” the MCSPCA wrote on Facebook. Then they discovered just how long the buck had been trapped in the bowl and it was shocking! 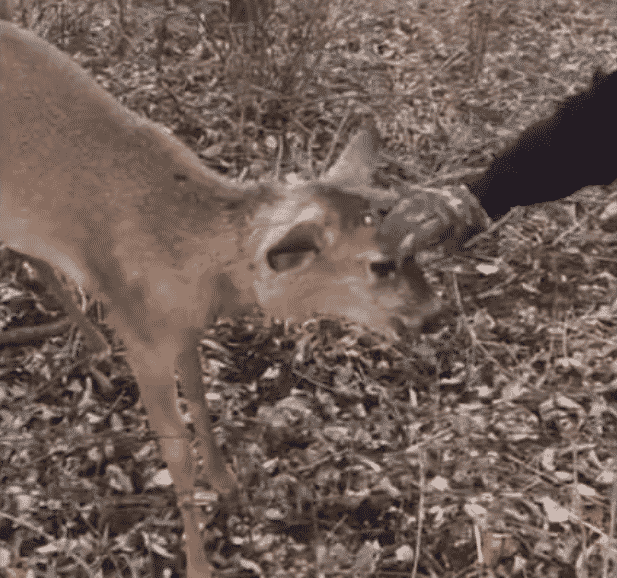 “The buck was dehydrated from four days without food and water, and had a couple of scrapes probably from the poor visibility, but was able to get up and walk away after we cleaned him up and the sedative had worn off.” Although the buck seemed to be able to get up without a problem he still needed some extra care. 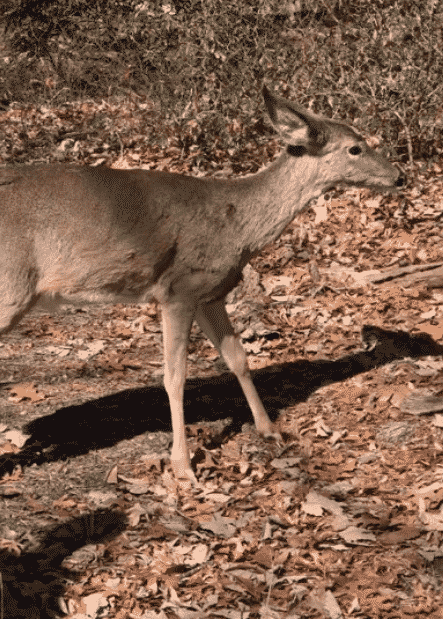 After freeing the buck, the MCSPCA had received another call from a concerned resident. It seems that they saw the buck had laid down and was having trouble breathing on his own. He was also too weak to reunite with his herd. 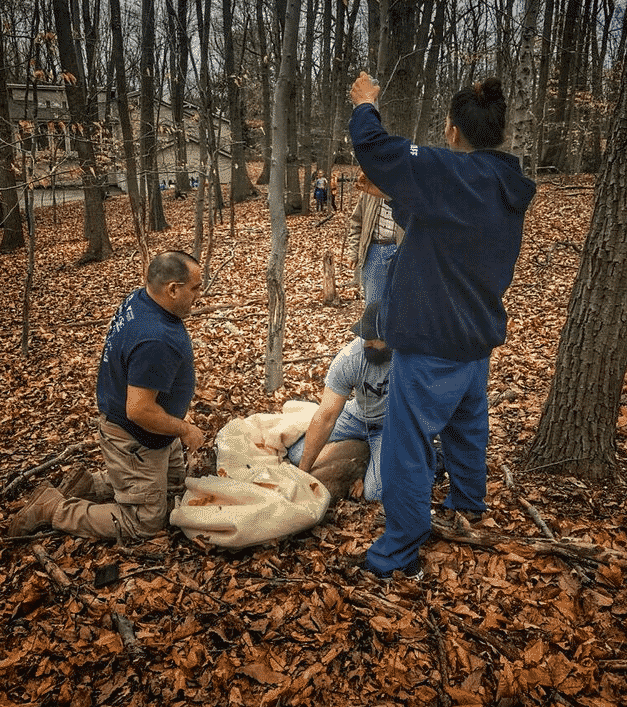 Deann Bowen, a veterinary technician with the MCSPCA, quickly went over to the area. She could tell from the way the deer was behaving that all he needed was some fluids as he was very dehydrated. So she quickly administered it to him. So did it help? 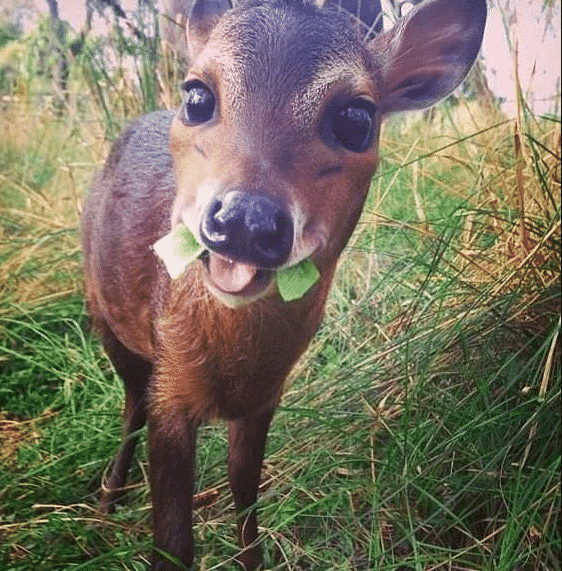 “We could tell he was completely dehydrated by the way he looked,” Bowen explained during a press release. “After we administered the fluids his head perked right up, and after a few minutes his breathing returned to normal.” 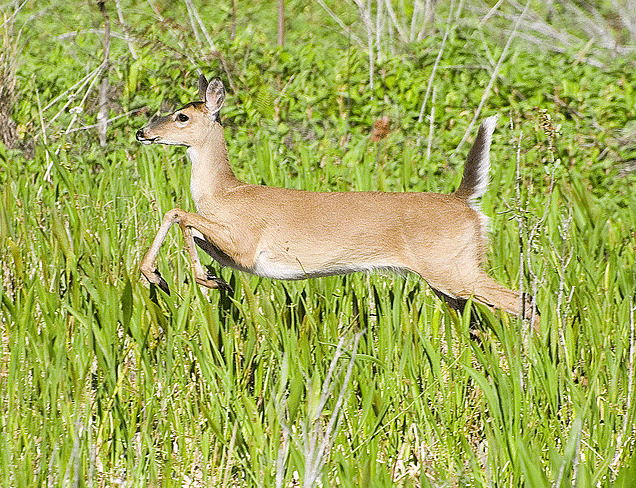 The rescue workers watched as the deer propped himself up from the ground. They were happy to see that he was making his way back into the forest. He was wobbly at first, but he eventually rushed off into the woods without a problem. 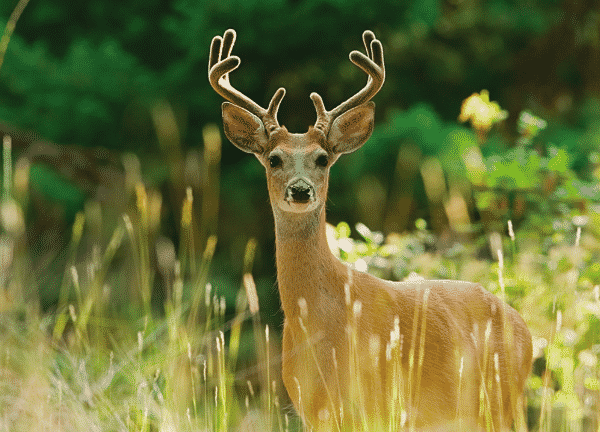 Finally, after surviving through a tough winter and now a bowl-shaped head, the young buck could go on with his life. He no longer has to worry about not being able to eat or drink. Now he’s off to find his family… 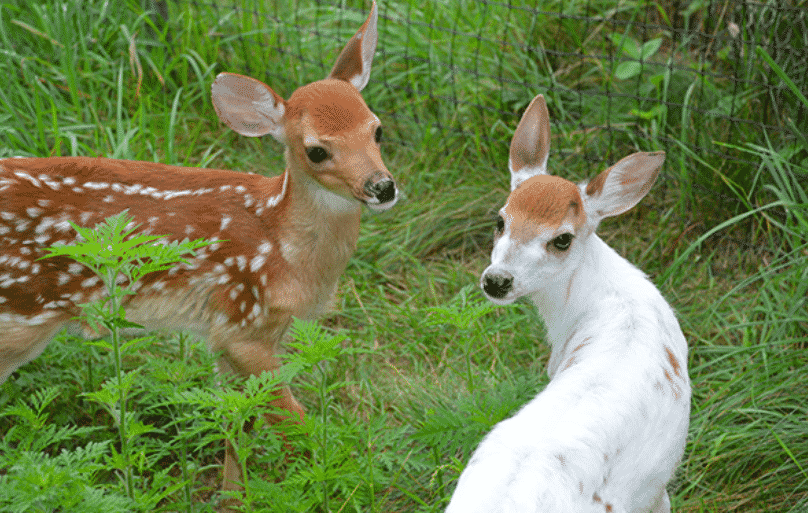 For now, the deer has been freed into the wild. Hopefully he has managed to return to his herd and reconnect with his family member. The MCSPCA released a statement recently about the condition of the deer. 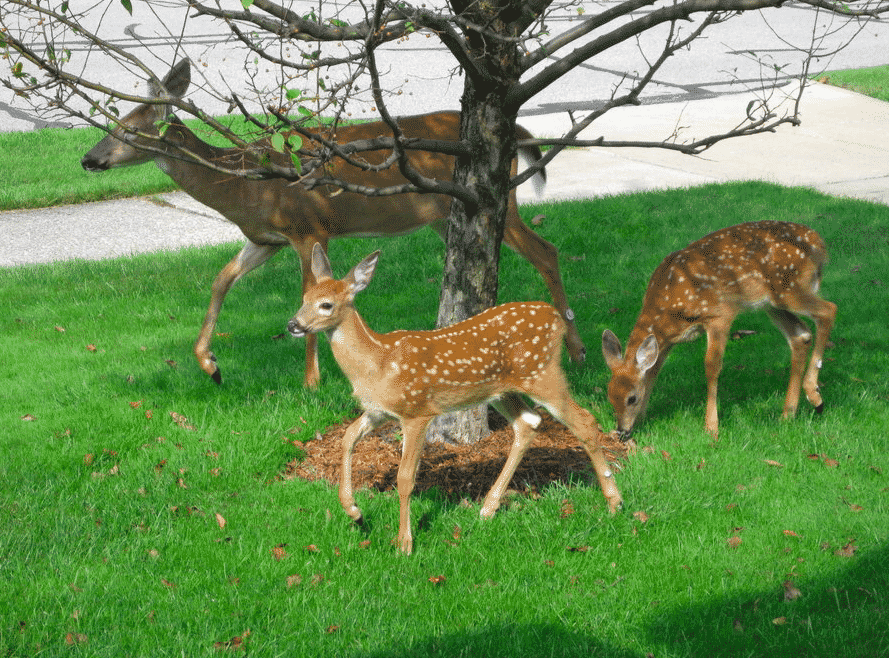 “The Monmouth County SPCA has been told that there is no longer a single deer feeding,” the press release stated, “so it is happily assumed that he has rejoined his herd.” Hopefully, for the sake of the young deer, he is back with his family and living a happy life. 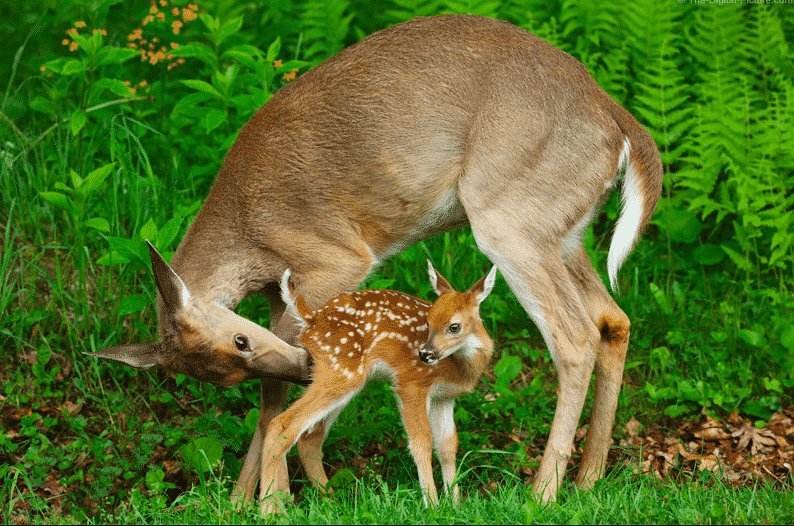 Without the great rescue team and the man that discovered the deer, who knows what would have happened to this young buck? Now the young buck has been given a second chance at life!