To humans, bears are some of the biggest predators out there. While on a camping trip the last thing you’d want to do is run into a bear face-to-face. Well then, you’ll really be shocked when you read about this couple that takes care of a 1,400 pound bear like he’s their son. Jim and Susan Kowalczik love bears so much that they have dedicated their lives to these giant creatures. 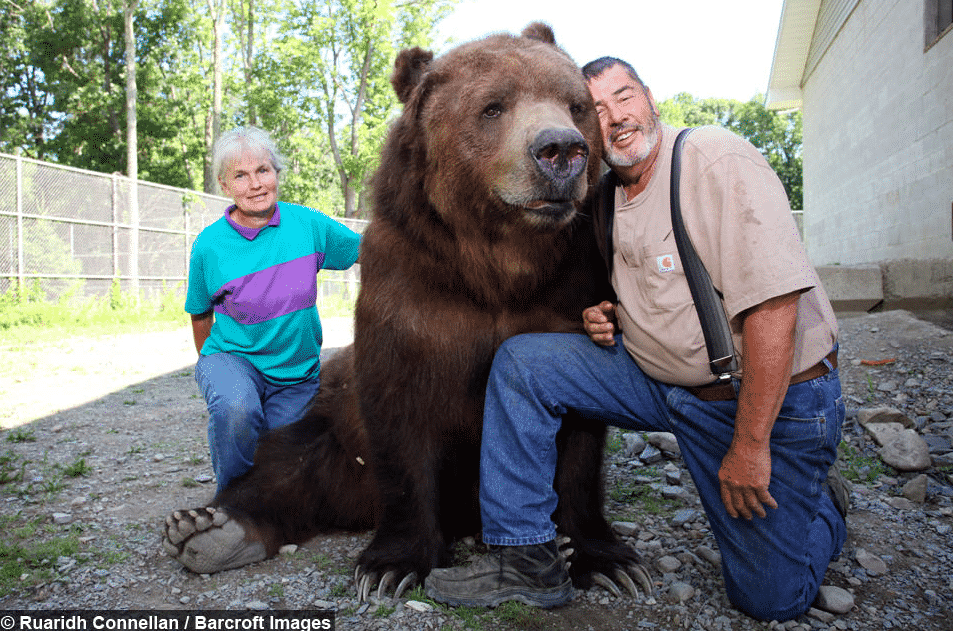 Jim and Susan Kowalczik run a center for orphaned wildlife in Otisville, New York. The couple houses tons of different wildlife, however, none are as daring or dangerous as the incredibly large predators that they watch over. 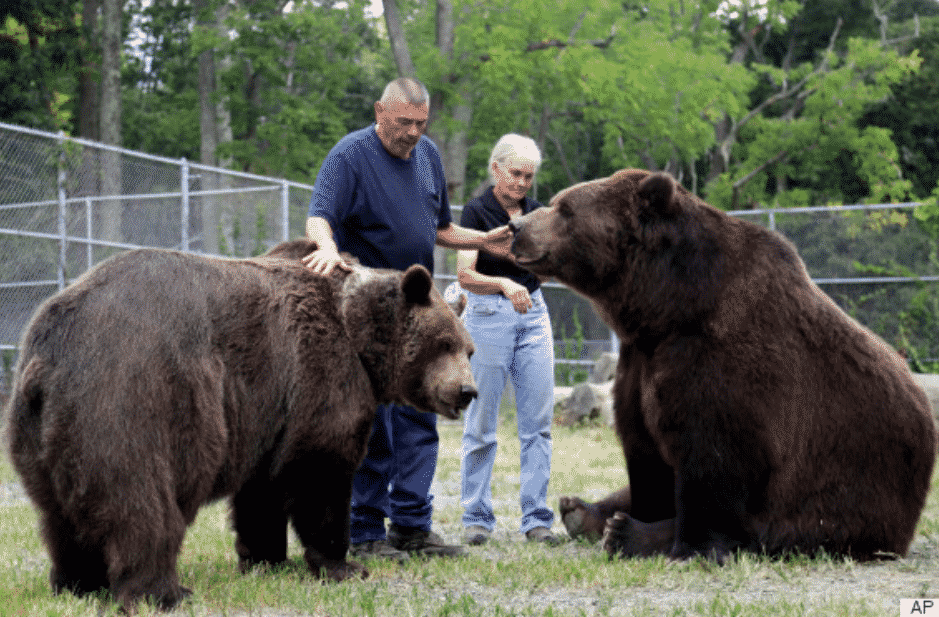 The couple currently watches after 11 different bears. These include Kodiak brown bears, Syrian bears and black bears. All of these bears hang around on their 100-acre land and you won’t believe how big one of them is! 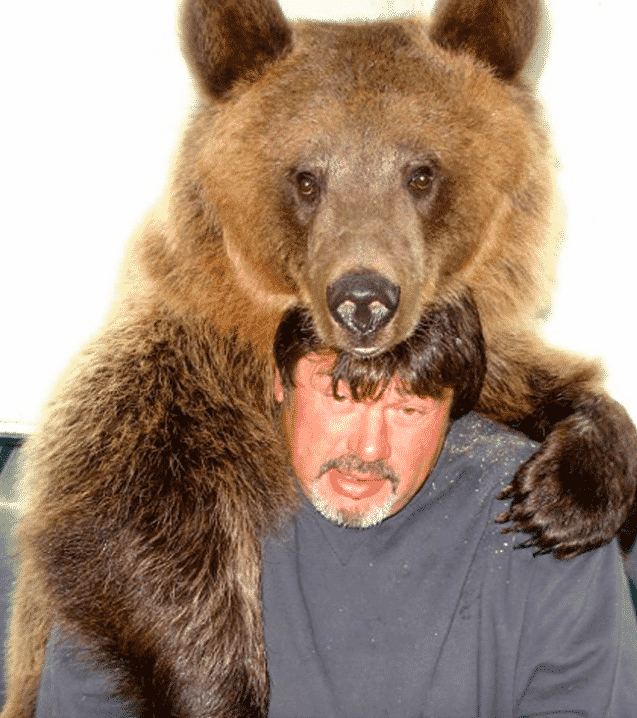 On the property, you’ll often find the couple snuggling up to one bear in particular. The bear happens to be a 1,400-pound Kodiak brown bear named Jimmy. However, to the Kowalczik’s Jimmy is just their little baby. 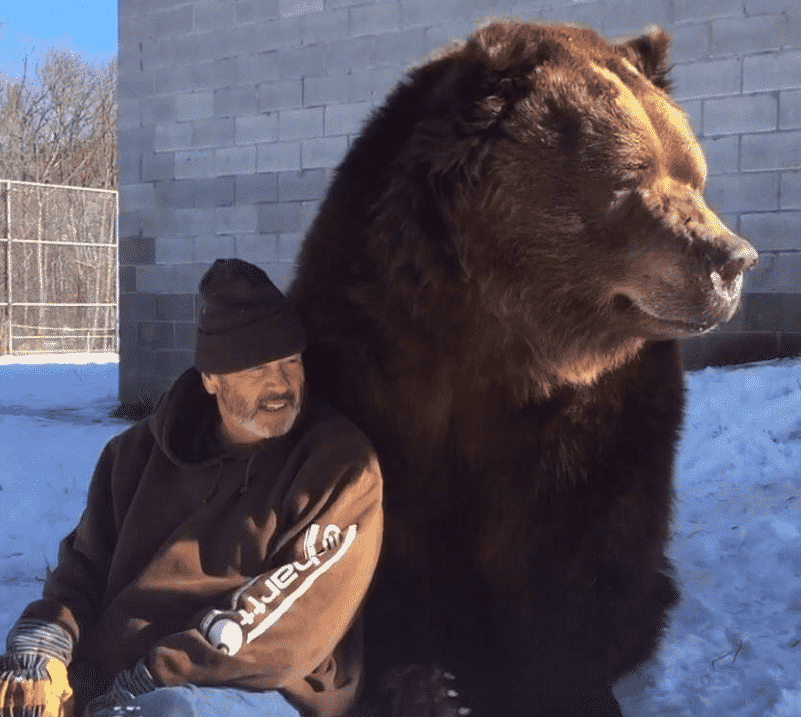 The couple adopted Jimmy when he was just a little cub. This was twenty years ago and now the bear is massive. However, his size doesn’t stop Jim from cuddling up to him and enjoying quality time with his son. 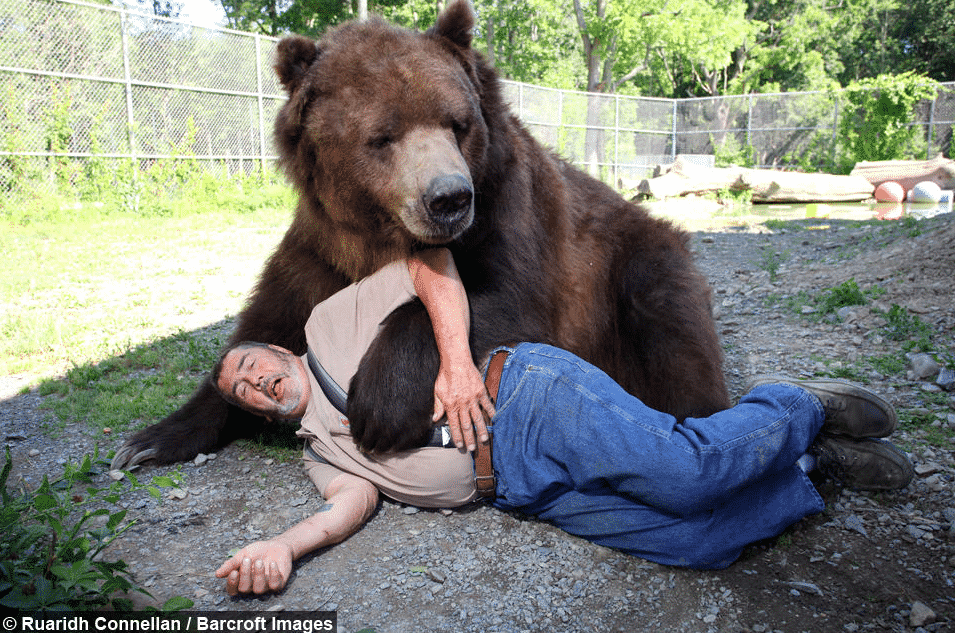 Jimmy instantly went viral when footage of him snuggling up with Jim was released. No one could believe that a bear that big could be gentle with an owner. It was shocking to say the least… 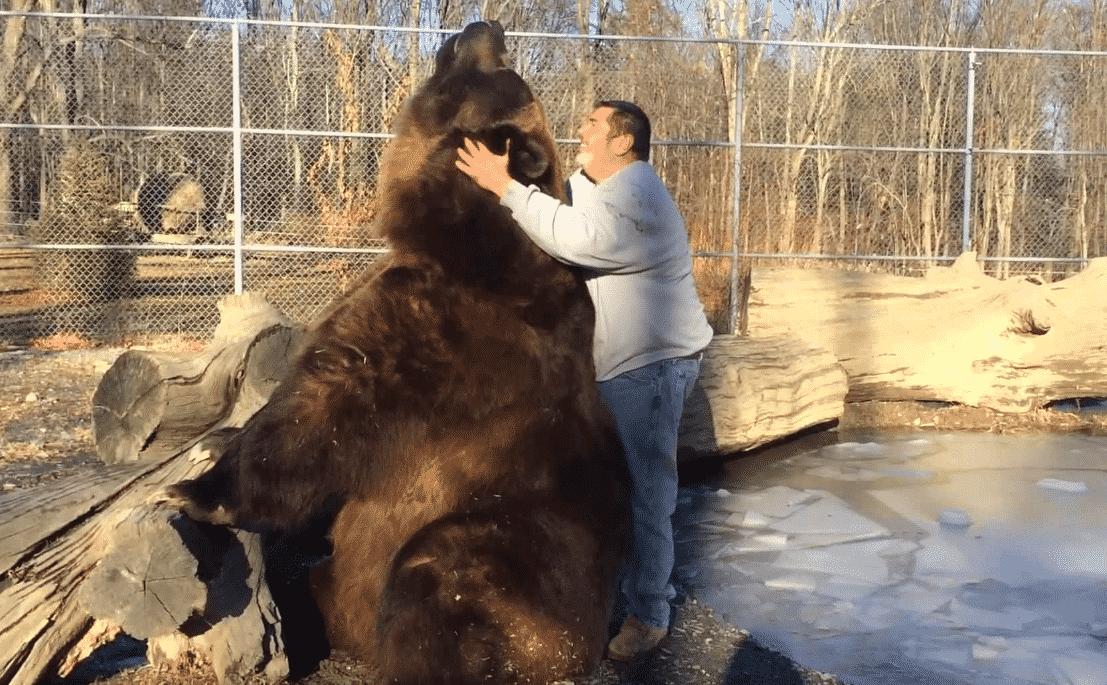 “Jimmy is my best friend. It doesn’t get any better than that. He loves you just for you,” Jim explained. However, that doesn’t mean that Jimmy doesn’t get wild every once in a while. 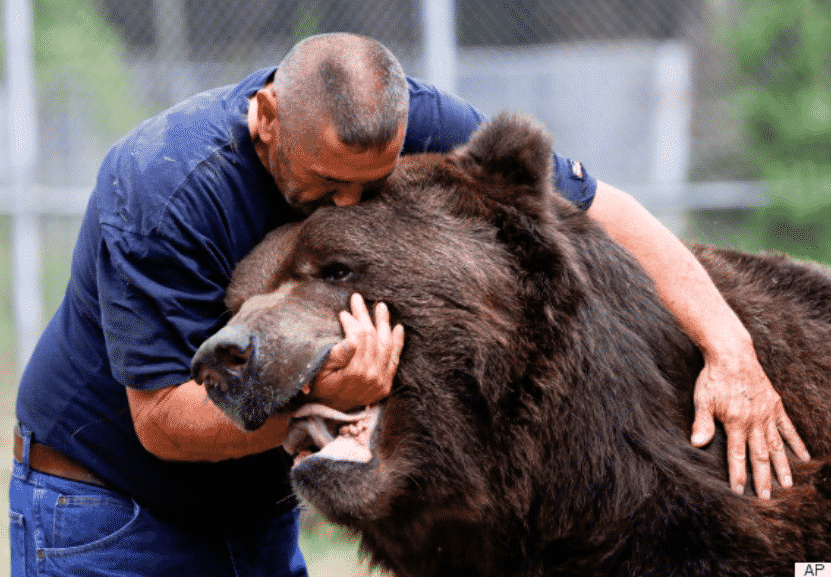 “He’s very gentle but sometimes he doesn’t know his own strength – like if you’re trying to walk away he will grab your clothes or shorts and pull you back to him,” Jim explained. Still, none of this phases Jim as he still continues to care for the bear and snuggle up with them. 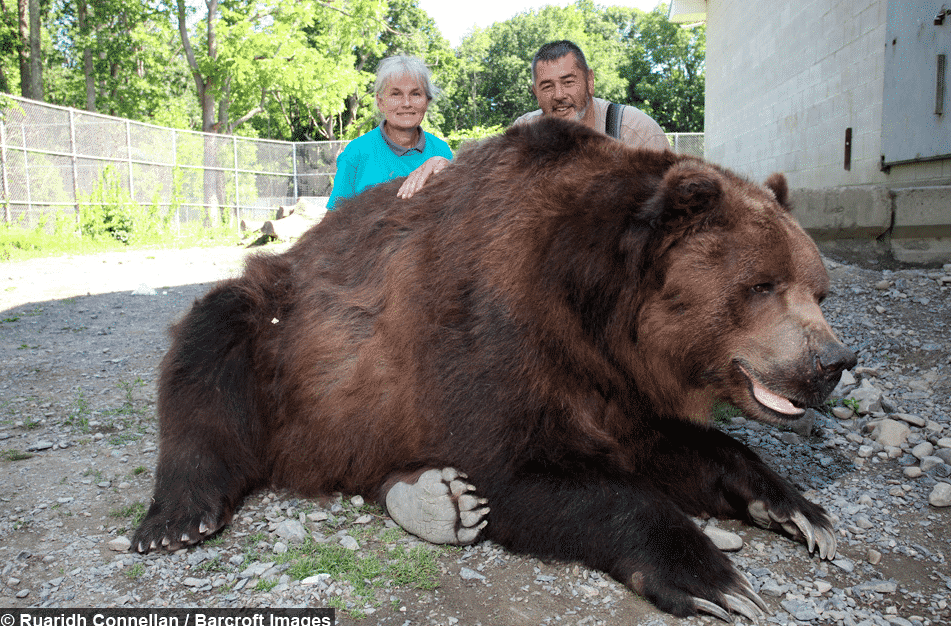 “Think of the strongest person you know and magnify it by a thousand times. He has so much strength. All he’d have to do is lay on you.” The fearless couple, however, takes the risk as they consider all of the bears their children. Even the loss of a bear is hard on them. 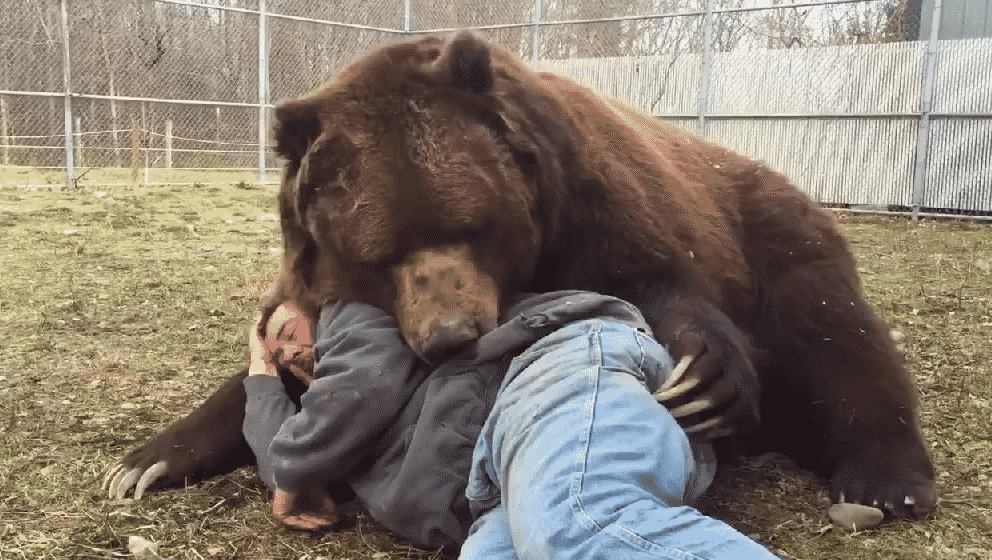 “We spend a lot of time with them. We care so much for them. It is the same thing as mourning a child,” Susan stated. So far, the couple has lost four bears. Each one has its very own headstone that the couple will visit from time to time in remembrance of them. 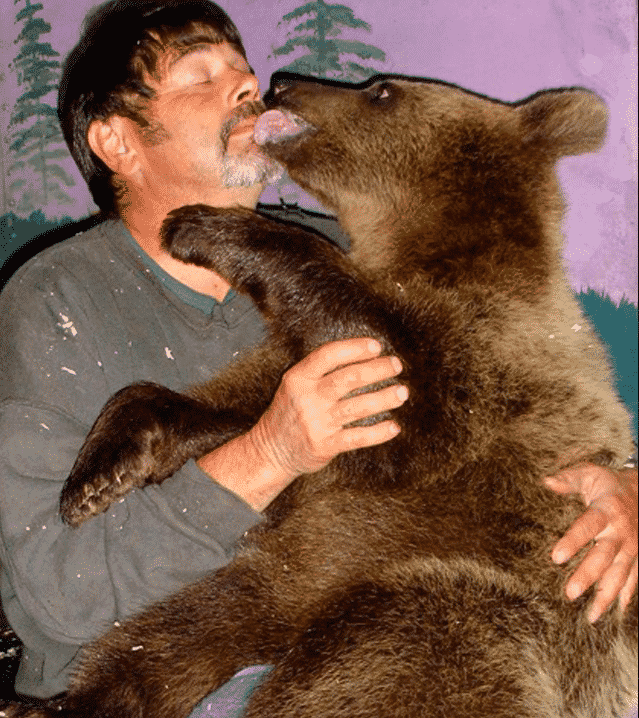 “The bears are like our children. That’s how much we love them and they give a lot back to you too. They love you just as much. Our bear family is like every other family. You love them to death but then there are other times when they drive you nuts,” Jim explained. 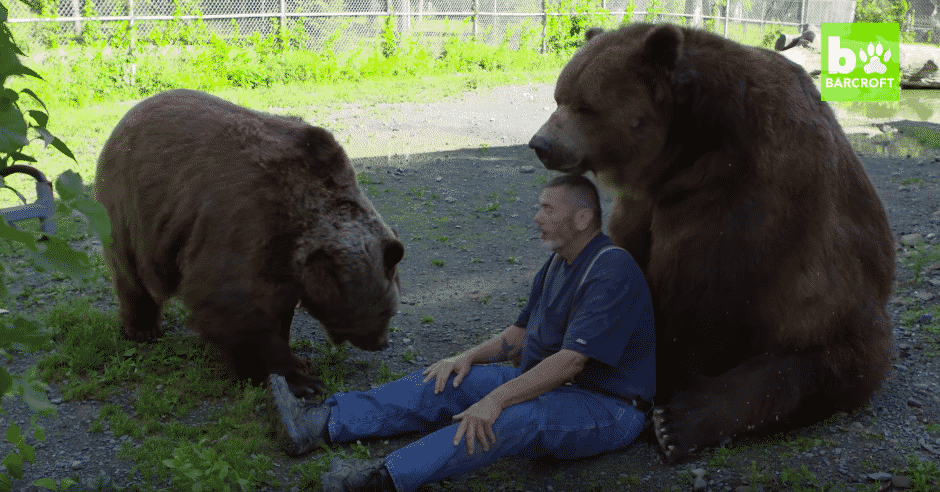 Even though he considers the bears his children, Jim is also aware of the fact that the bears could easily kill him, even if they didn’t mean to. “They will knock you around a little bit – but not maliciously. You just have to watch that you don’t get scratched or poked in the eye or something. They could kill you. They’d just have to hit you one time.” 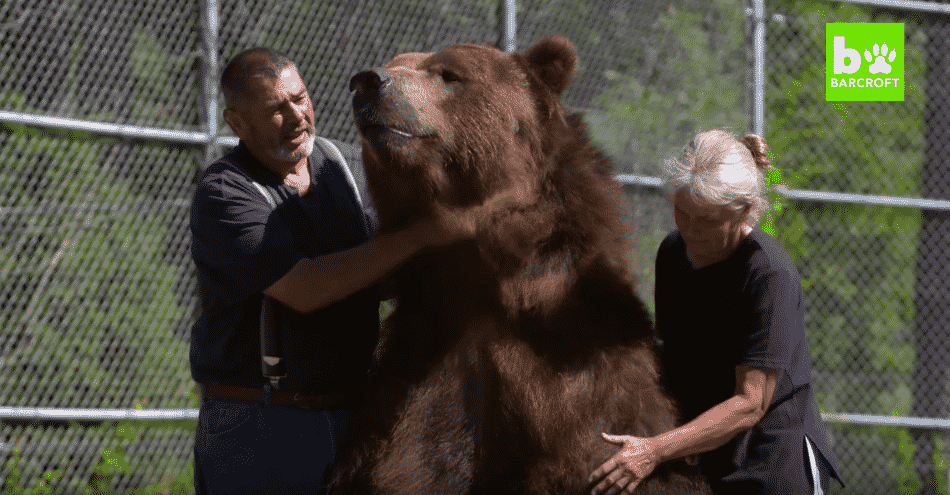 Still, the joy of being able to spend time with the bears greatly outweighs any fears that they might have about being hurt. The couple began rescuing and rehabilitating bears more than 20 years ago. However, bears aren’t the only animals that they help out. 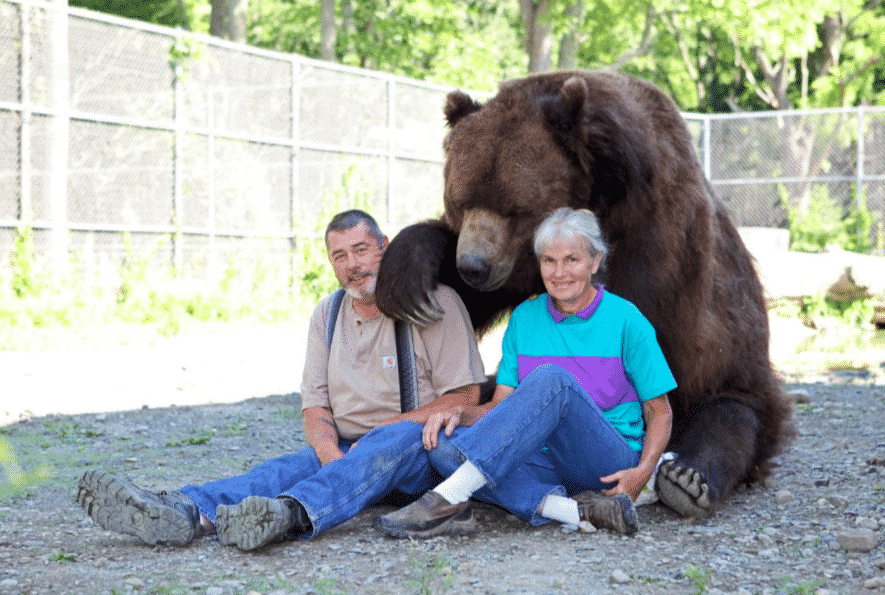 The couple also help out many small animals like squirrels, rabbits, deer, and chipmunks. Their goal is to help the animals out so that they can place them back into the wild. However, this is not always a possibility, especially for many of the orphaned bears that come into their center. 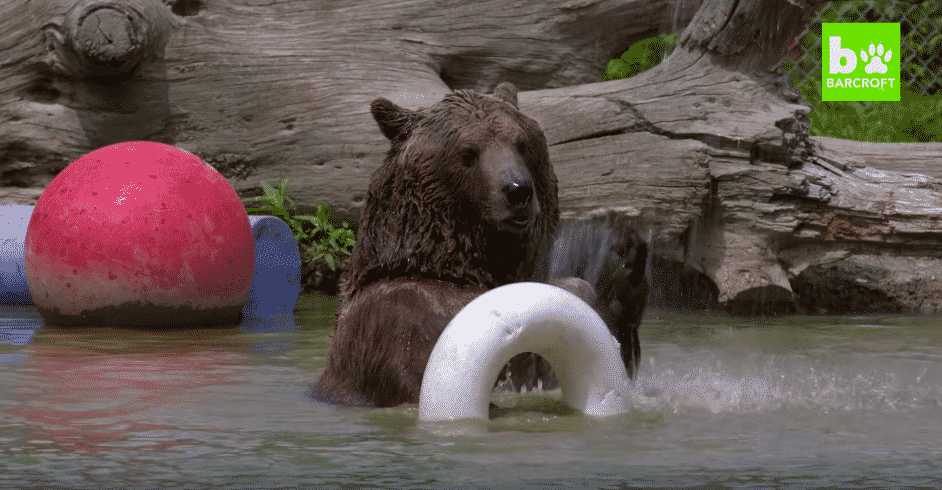 Many of the orphaned bears that the couple rescues are so badly injured that placing them back out into the wild would spell certain death. In these cases, the couple undertakes the responsibility of caring for the bear. This is a huge responsibility as you won’t believe how much food they eat! 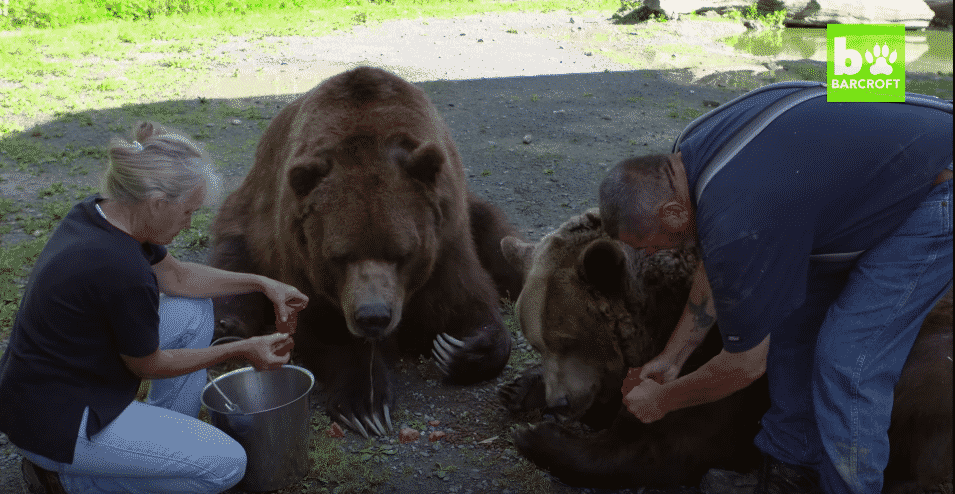 The bears require full-time care and they eat around 90lbs of food each day. They eat a mix of meat, fruits, grains, and sometimes marshmallows as a special treat. As they spend time with them, the couple has become more aware of each bear’s unique personality. 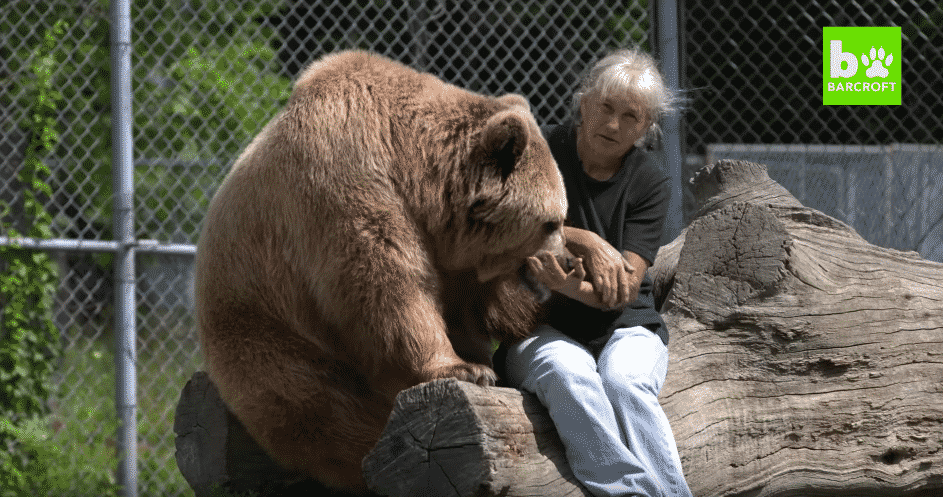 One bear in particular, named Jenny, has grown quite close to Susan over the years. She looks at Susan as a mother even though she is fully grown now. “She looks at me like I’m her mother. I love being around her and I’m happy she feels that way about me still even after all these years,” Susan admitted. 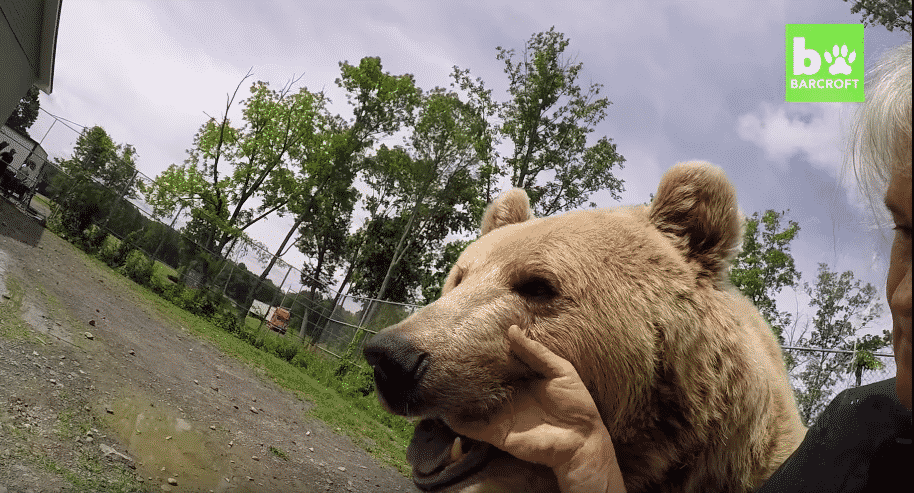 “It’s a wonderful thing to watch them grow up and to have them from very little and make an impression on them. We have had Jimmy for 21 years and got him as a little cub and he has been with us his whole life,” Susan said. “The bears are everything to me and I would do anything for them.” 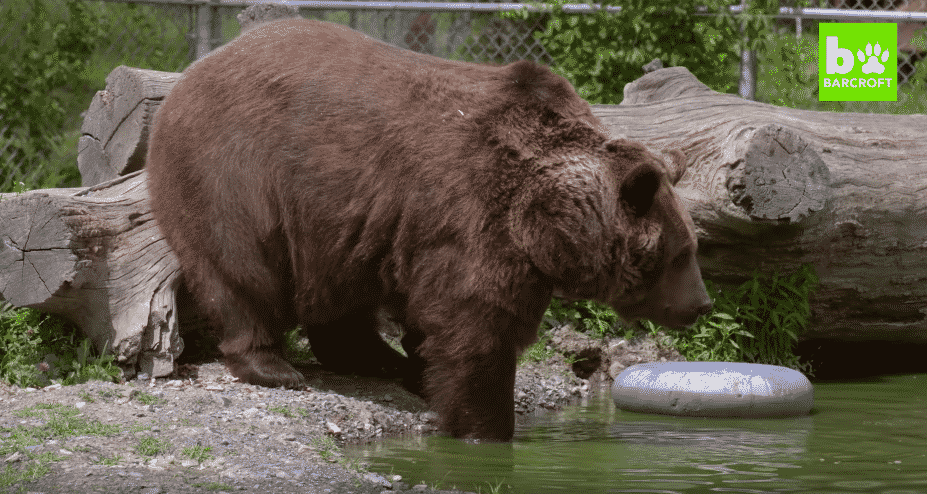 The couple is looking forward to many of their future plans. They want the center to stay around for years to come so that bears can always find a sanctuary there. They also have plans to expand the center as well. 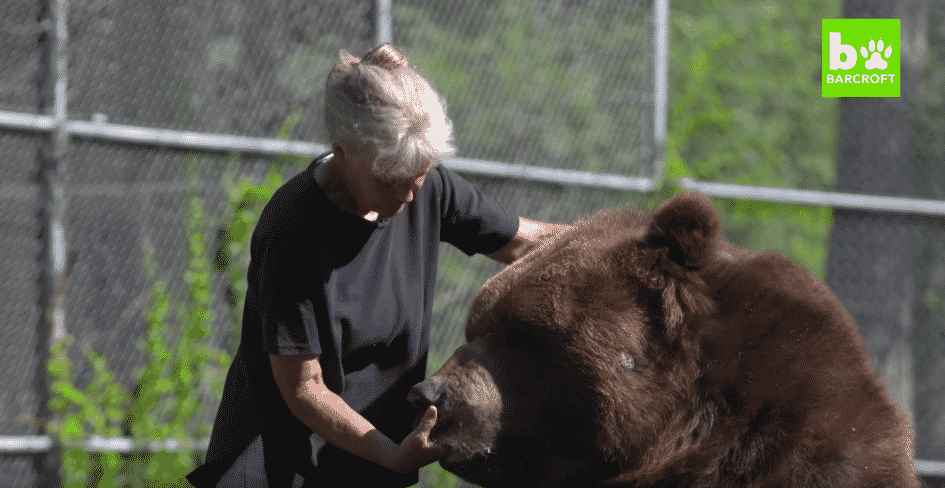 The couple also relies on donations to keep the center going. “This center is a labour of love. No-one here gets paid, including myself, Susan or Jim. Every dollar raised goes directly to making the lives of these animals better,” Kerry Clair, director of the Orphaned Wildlife Center, said. 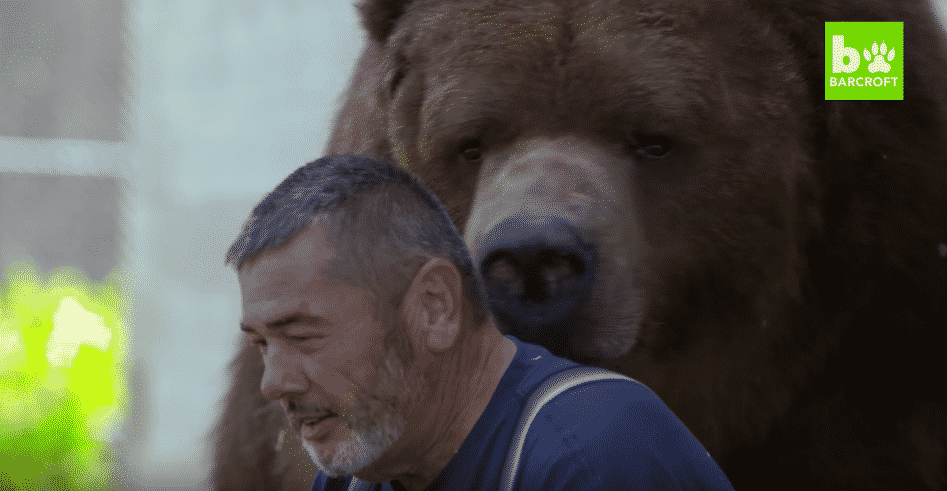 “Our goal is to raise enough money to expand our enclosures, add new enclosures and create a fund to continue this center, long after we are gone. There are very few places that can handle animals such as bear, and we strive to be an example and a model for places caring for these animals.”