Photobombs are incredibly hilarious, at least for the most part. Somewhere in the background of a ‘serious’ photo is a not so serious background intruder, also known as the photobomber. Recently, a photo of a Beluga whale showing up to a couple’s wedding has been making waves on the Internet. It became so viral that it actually inspired a photoshopping contest. You’ll laugh so hard at these crazy edits. Our favorites are #10 & #3! 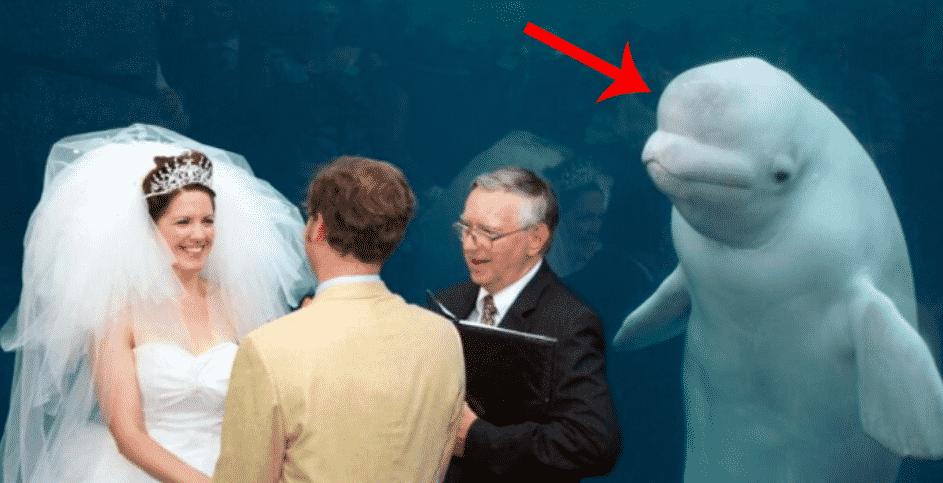 This is the photo that inspired it all. This photo was uploading showcasing a Beluga whale that decided to attend this couple’s wedding ceremony? So how did this happen? 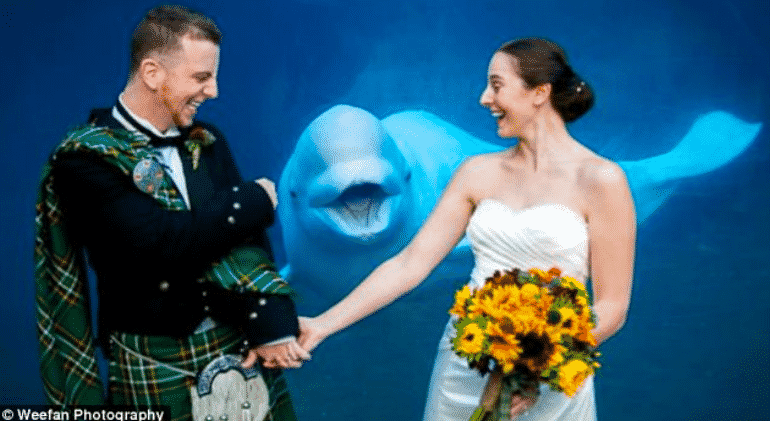 Apparently, it’s become a pretty popular thing to go to Mystic Aquarium in Connecticut. At this aquarium you’ll find a huge Beluga whale tank where couples enjoying posing for photos. The photo’s have taken the Internet by storm. 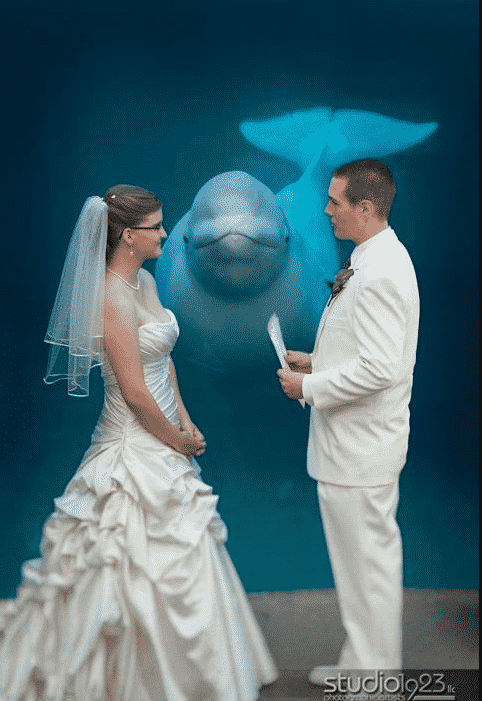 These wedding crashers make for some pretty adorable photobombers. After all, who wouldn’t love to see a giant Beluga whale in the back of their wedding photos? 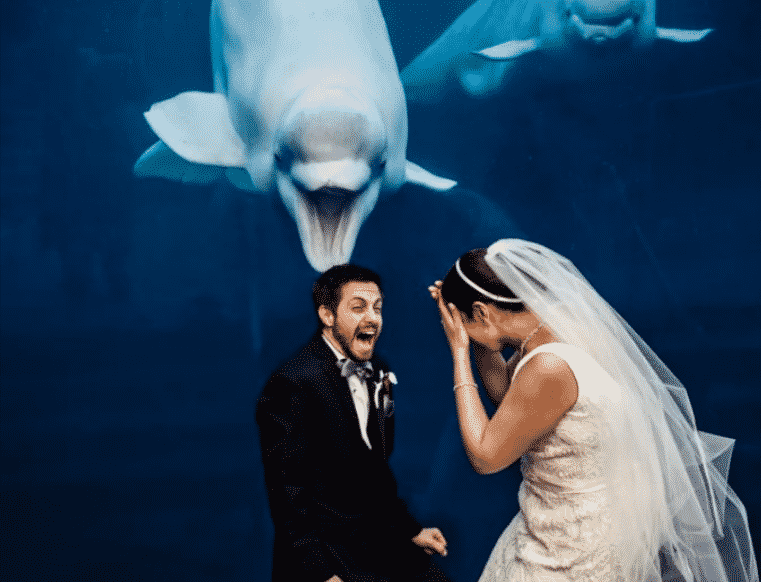 Well, when the original photo was uploaded onto Imgur, the Internet knew that they had to go wild with it. The photo gained over a million views and had the famed caption:“Something old, something new, something borrowed, something Beluga.” 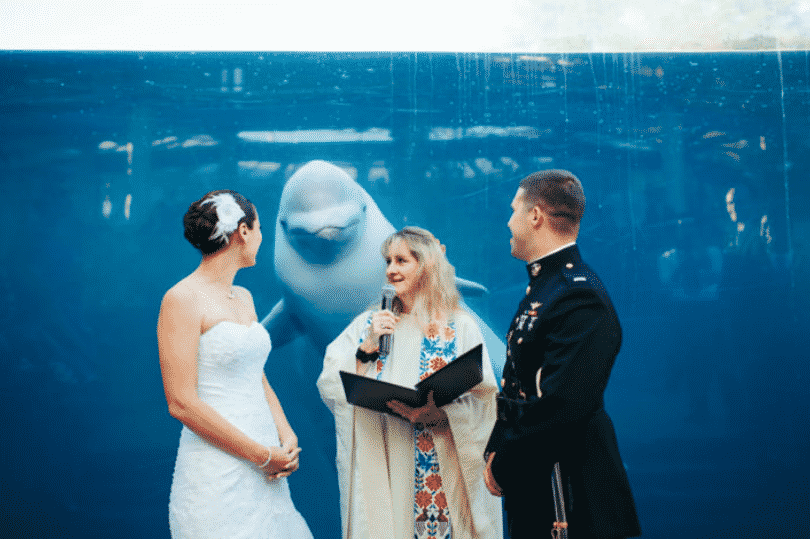 Trolls on Reddit went to work on coming up with their very own unique versions of the photo. Now it’s turned into a serious photoshop battle. Don’t believe us? Then just check out some of the best ones in this list! 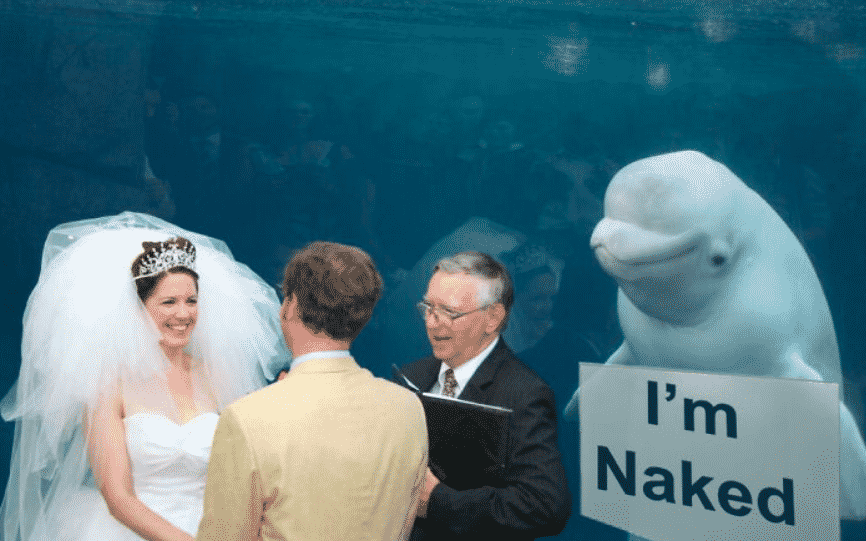 It’s a good thing that Beluga whale has a sign up to cover him up then! We can’t really argue with the authenticity of this one. Next we have a whale that missed out on his chance at love. 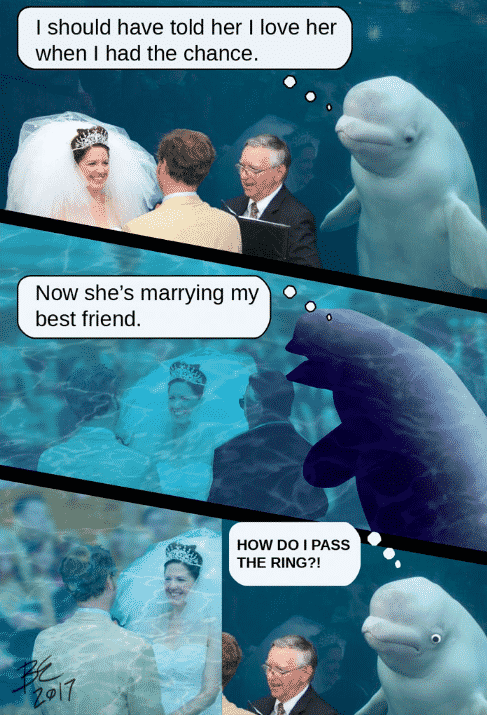 There’s nothing quite as relatable as unrequited love. This Beluga whale seems to know the feeling and yet he’s still concerned about getting the ring over to his pal – what a good friend! 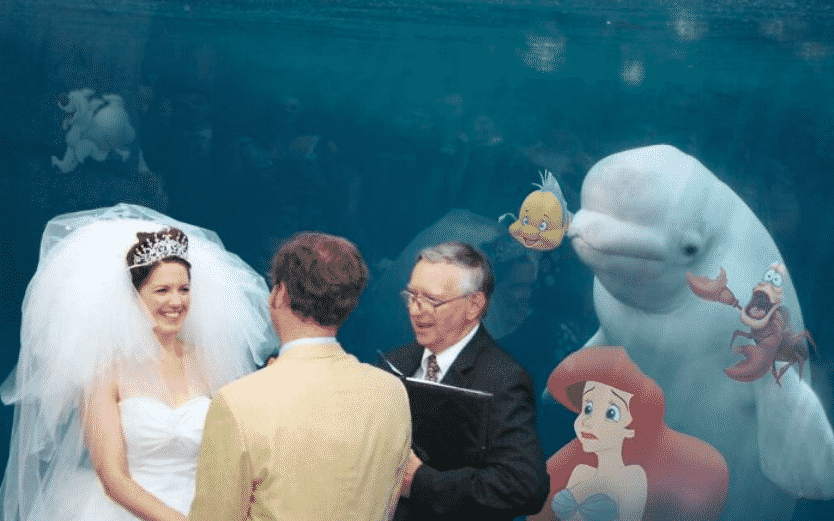 We can’t say that we really remember this scene from The Little Mermaid. Maybe this is from the extended director’s cut? Who could really say, all we know is that Ariel seems pretty upset… 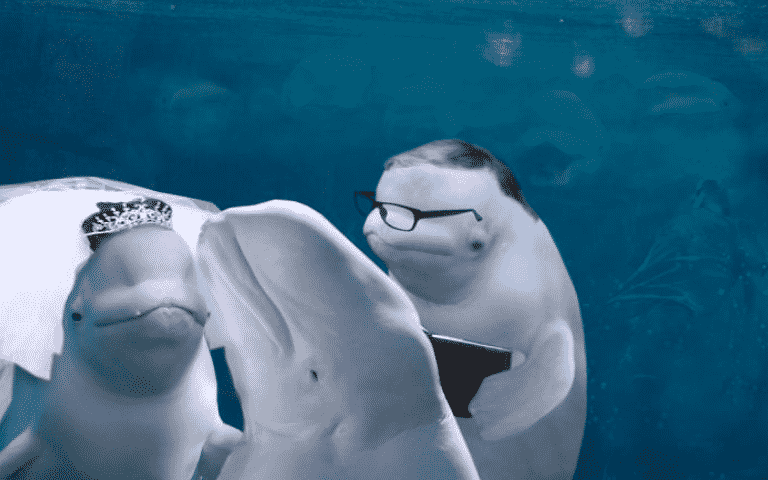 In a world, far away, there is a Beluga whale wedding going on and this photo has truly captured that moment. Next, we have a photoshop legend that makes the situation less funny and more honest. 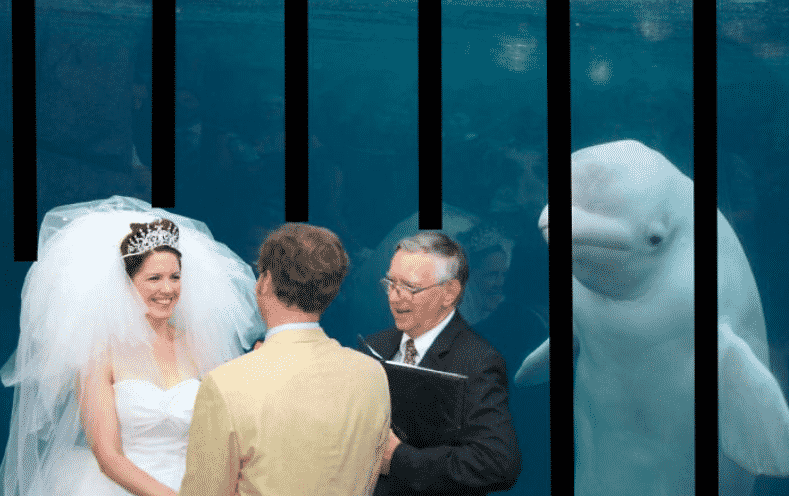 While many people were having a good laugh about the photos, some were more serious about the situation. Here’s a photoshop contestant that decided to portray the less humorous aspect of keeping Beluga whales in tanks. 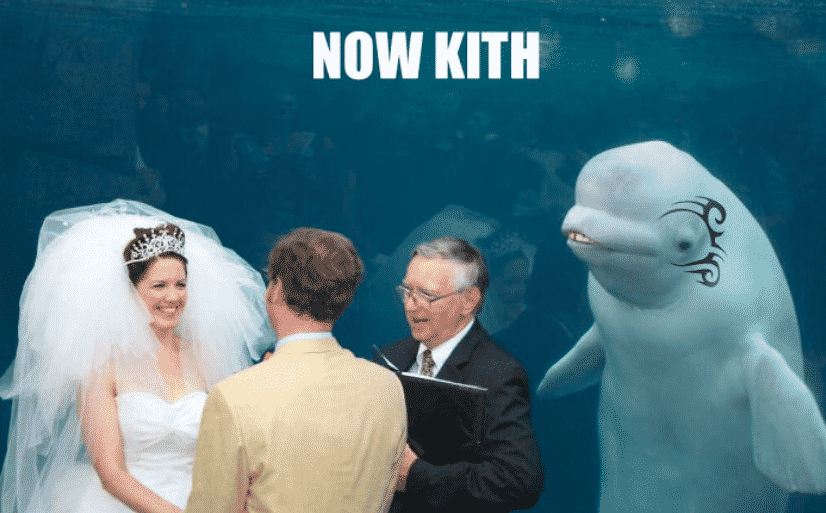 This is a great use of the Mike Tyson meme. This person even got the teeth and the face tattoo perfect! Talk about paying attention to detail. 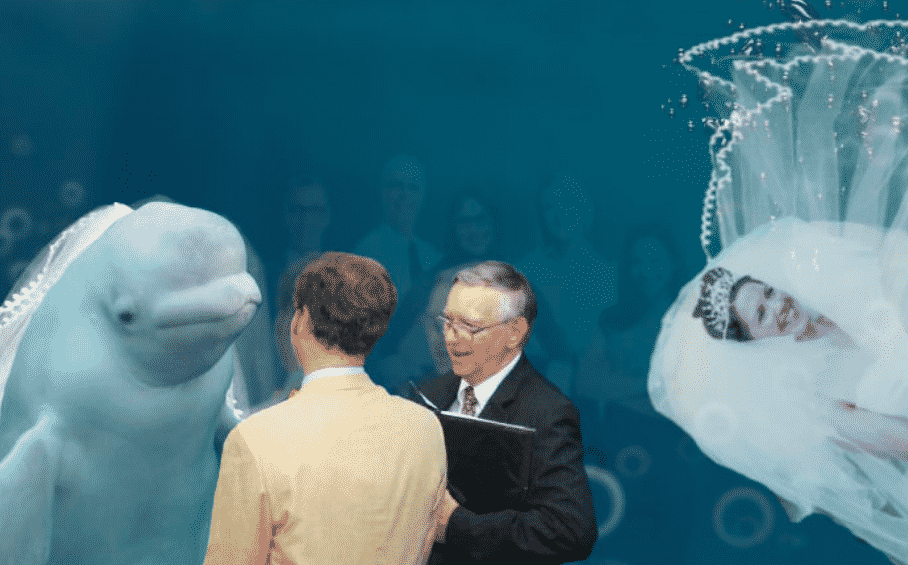 “Sorry Cindy, this is my man now!” Seems like this wedding took a serious turn in just a moment’s notice. Our next photo showcases the President in his best look yet. 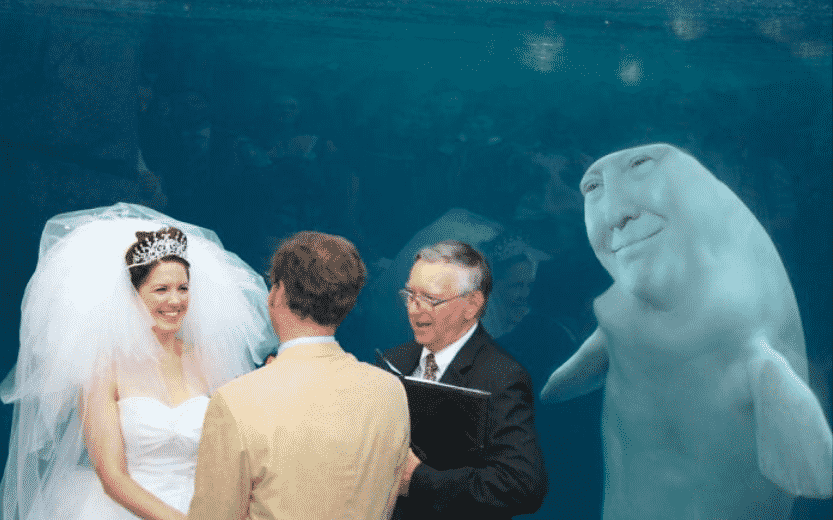 Who would have thought that President Beluga whale would make an appearance at the wedding? It was the biggest wedding turn out ever. Tremendous audience! 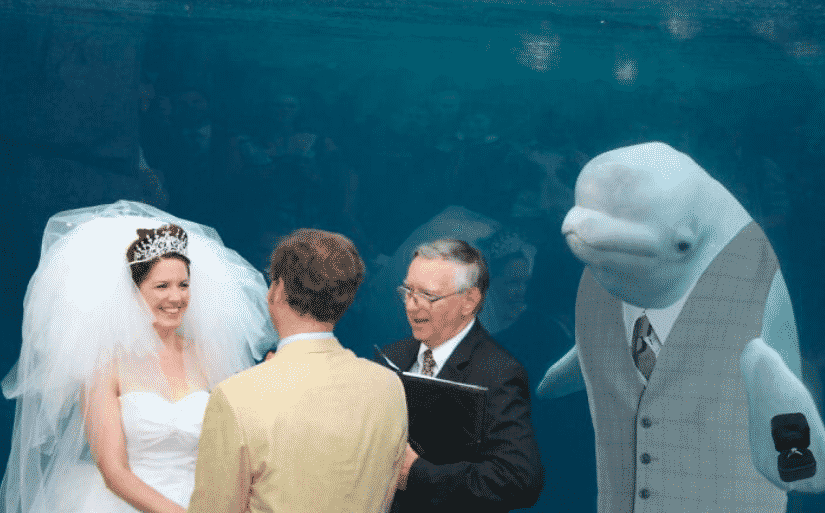 Here we have the simple and yet nicely done Beluga Best Man. You can really appreciate the precision in getting the outfit to fit just right. Next, we have a wedding taking place under the sea in a little town known as Bikini Bottom. 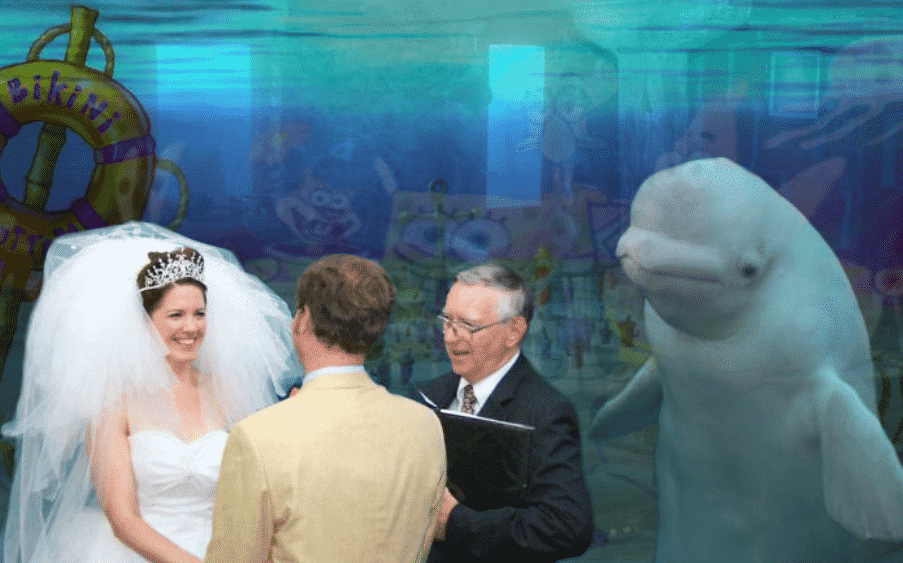 The whole Bikini Bottom crew decided to show up for this fantastic wedding. As usual, Squidward could care less about what is going on. Typical Squidward! 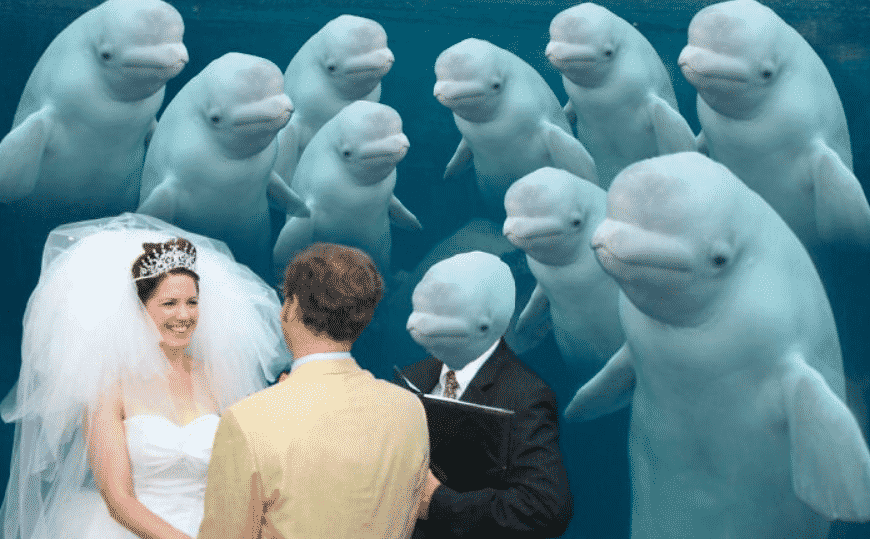 Look at that turnout! Seems like everyone got the memo to crash this wedding. They’ve even replaced the Pastor. 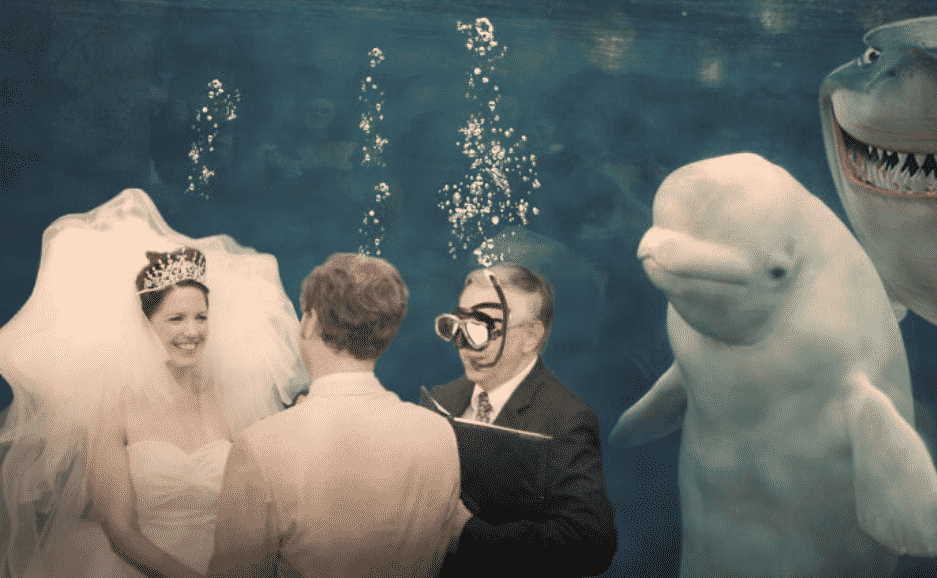 Seems like this wedding ceremony really needs to hurry up. This shark has seemingly forgotten the cardinal rule that “fish are friends, not food.” Although that doesn’t really apply to humans! 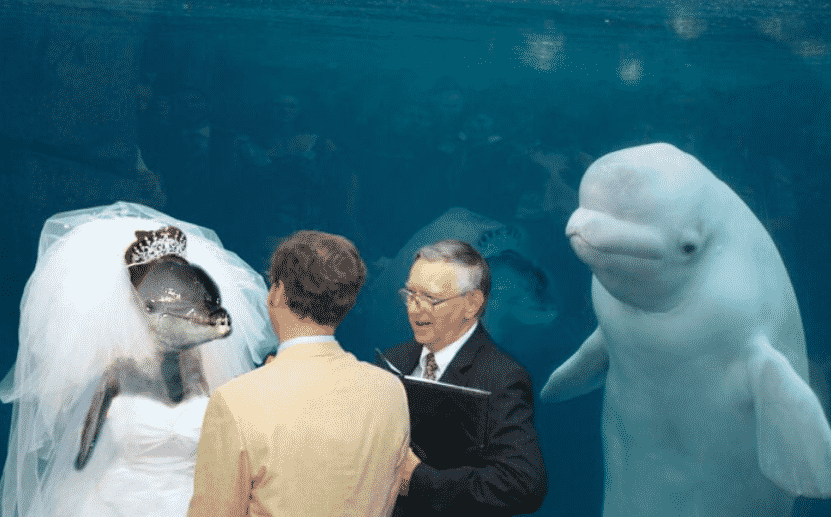 What’s better than a supportive friend? This Beluga whale attended the whale to be there for his gal pal and while it’s a bit odd that she’s marrying a human we won’t think too much of it. Next, we have a Beluga whale stage crash at the VMAs. 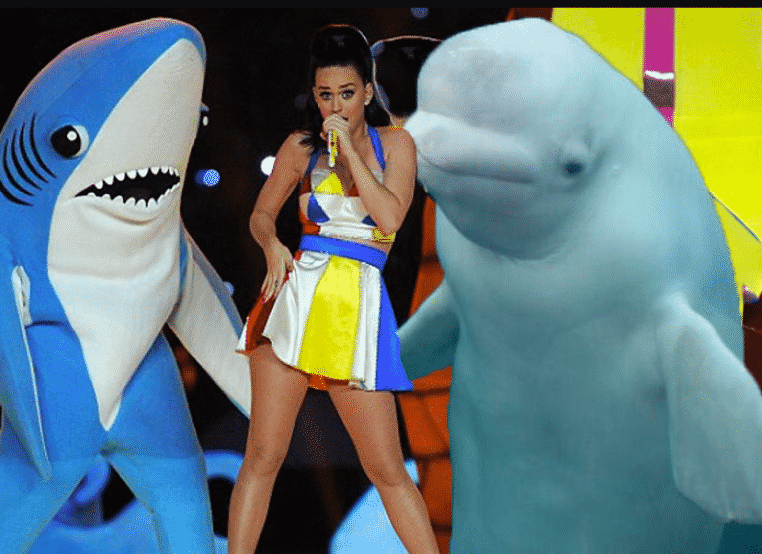 This Beluga whale decided to steal the stage away from the dancing sharks and be his own star act! He might even be a better act than Katy Perry herself. 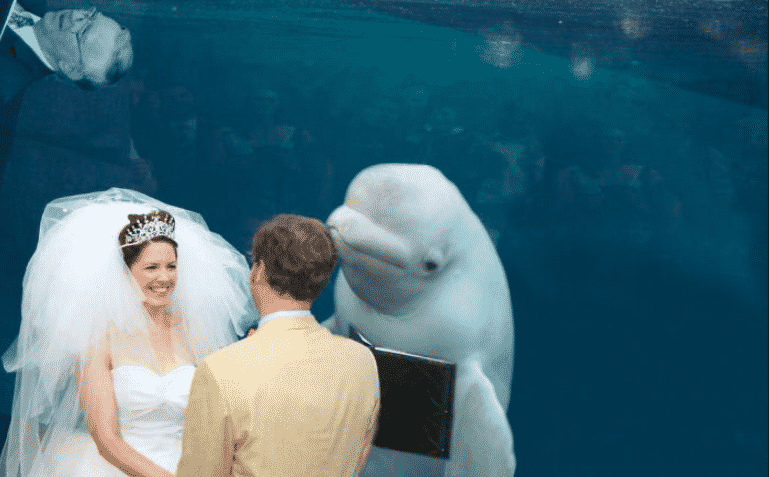 Poor Pastor, his job was taken over by Pastor Willy. The Beluga whale has it all under control it seems.