After Finding Out That His Dog Has Cancer, Man Takes Him On A Final Epic Road Trip

There is nothing like the love shared between an owner and their pet. The love is always so pure and unconditional and a pet truly becomes part of the family. When this man found out that his dog was terminally ill, he decided to go above and beyond to help her live out the best life. Find out the extraordinary thing this man did to make his dog happy. 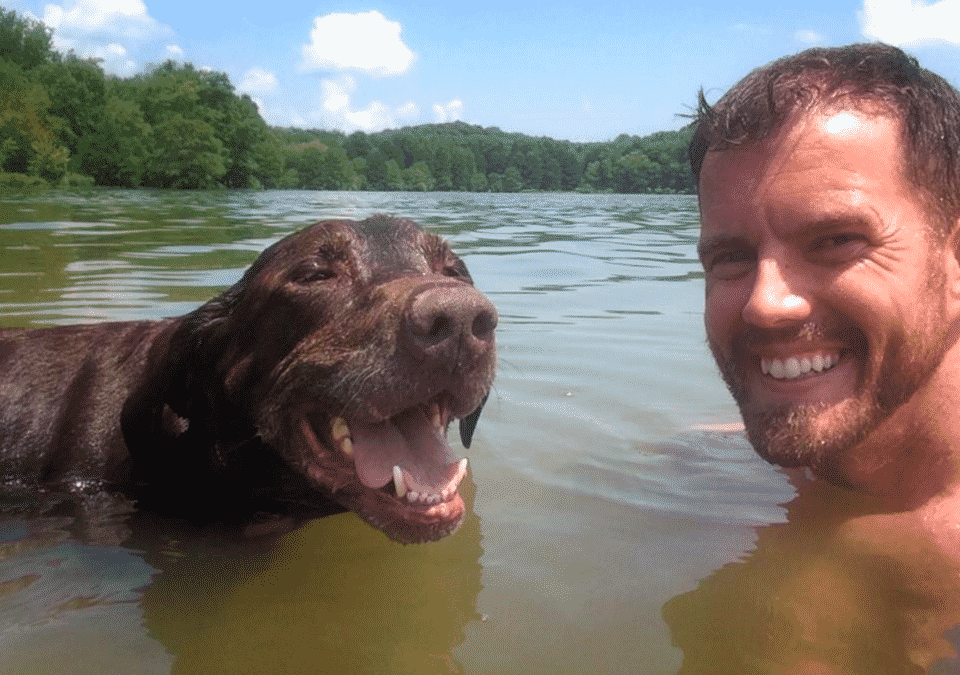 Robert Kugler is a U.S. Marine from Broken Bow, Nebraska. Around nine years ago, he made the decision to adopt a female chocolate Labrador named Bella. The two instantly became the best of friends! 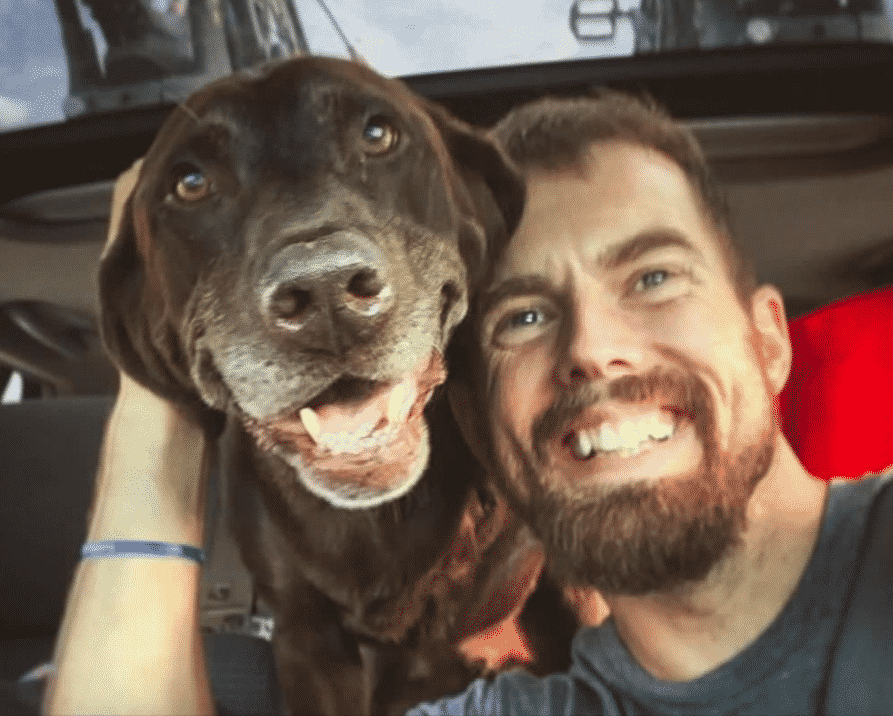 During the time Robert adopted Bella he was going through a very tough time. Bella was there to comfort him throughout the situation. “I lost my brother in Iraq in 2007 and my oldest sister in a car accident two Easters ago,” Kugler told Mashable. 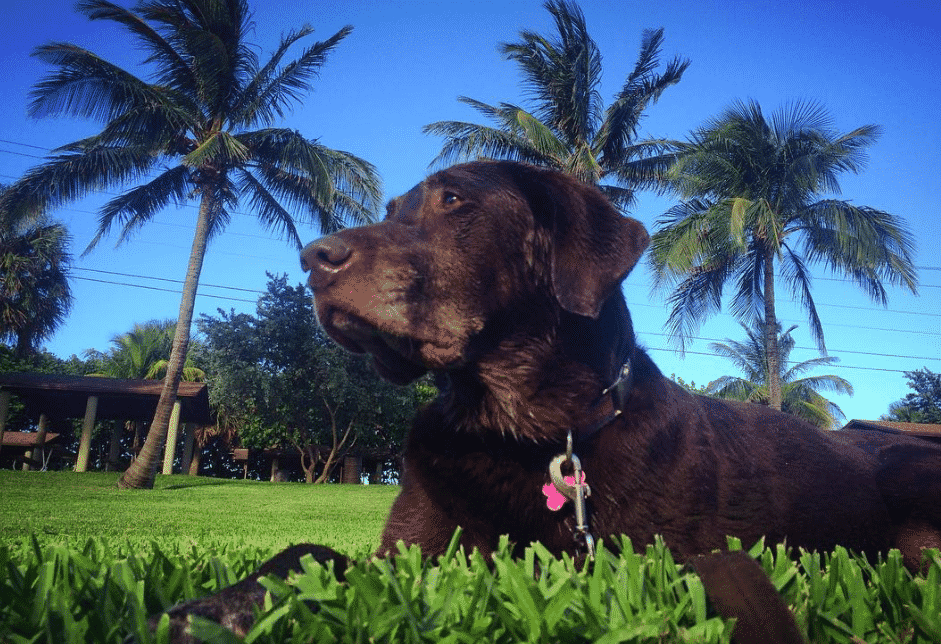 The relationship between Robert and Bella was incredibly strong. Then one day, Robert brought her to the veterinarian where he got the worst news possible. Bella was diagnosed with osteosarcoma or terminal bone cancer. 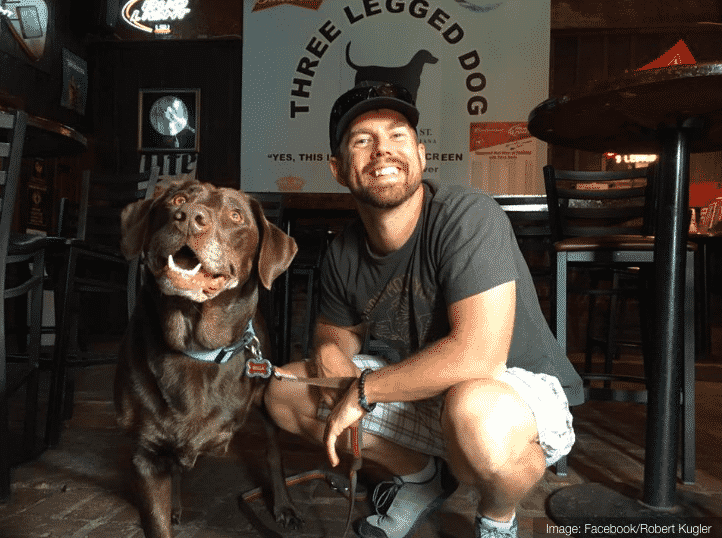 Robert was left with a tough decision to make. He was told he could either have Bella’s front leg amputated to give her more time to live or put her down then and there. The vet said, “If you don’t want to take the leg you should put her down today, because she’s in so much pain.” 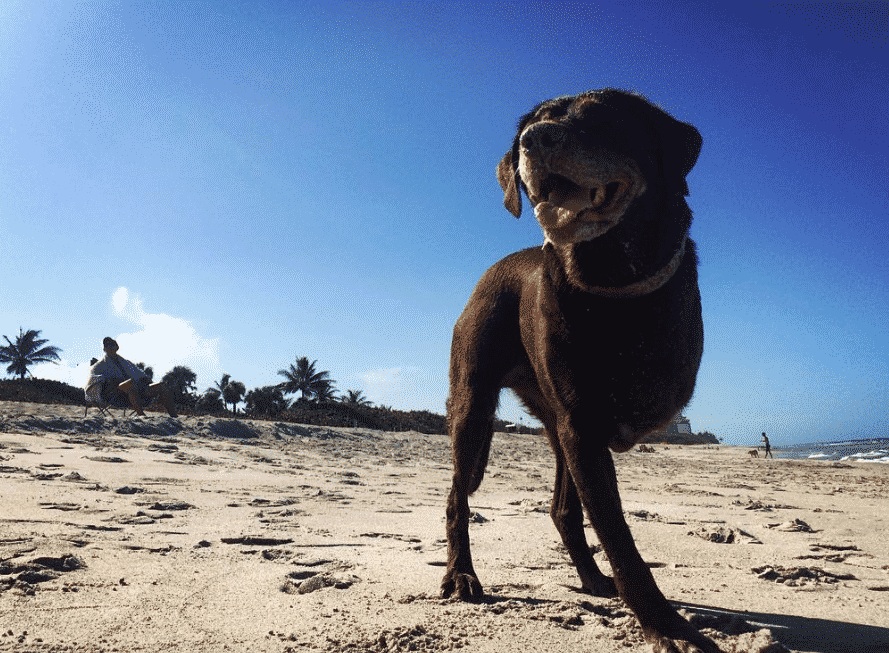 The vet also made sure that Robert understood that the leg being amputated wouldn’t save Bella’s life because the cancer had already spread to her lungs. Bella was given around 3-6 months to live. Robert decided to have Bella’s leg amputated. 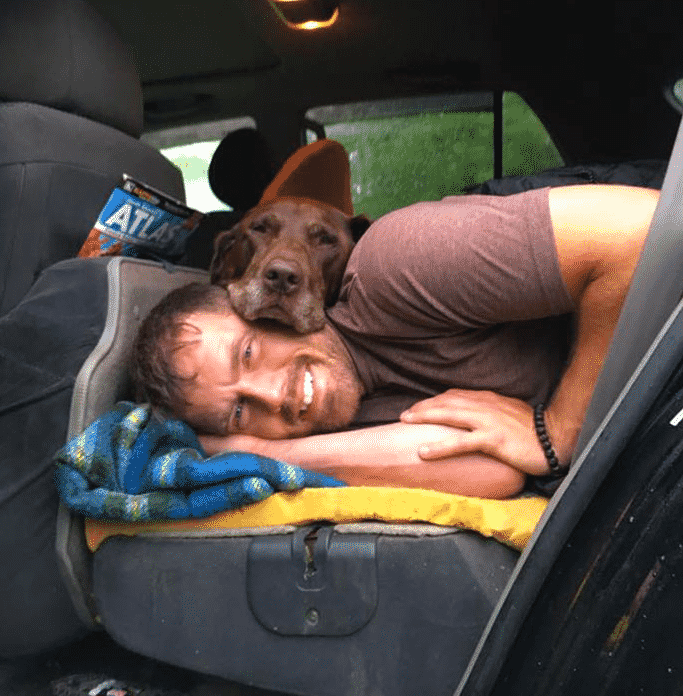 Bella quickly adjusted to having one less leg and Robert was happy about it. However, he couldn’t stand the idea of sitting at home and waiting for her to pass. That was when he decided to embark on a final farewell trip with Bella. 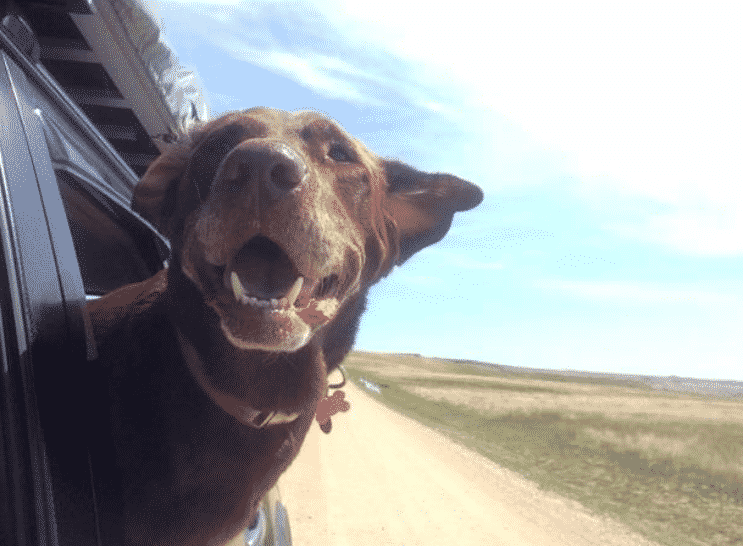 Robert and Bella then embarked on their road trip to Chicago to attend the Marine Corps Ball. Robert simply wanted to go on the trip to have a fun time with Bella, however, the two of them enjoyed it so much that he decided that they would continue traveling. 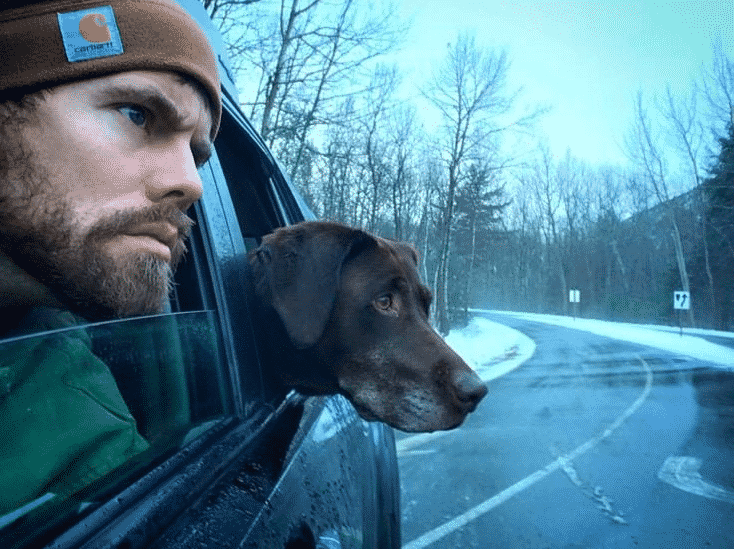 The duo had so much fun on their trip to Chicago that they continued to travel. They decided to head out and see Cleveland and the Niagara Falls. They even headed out to the Adirondack Mountains. 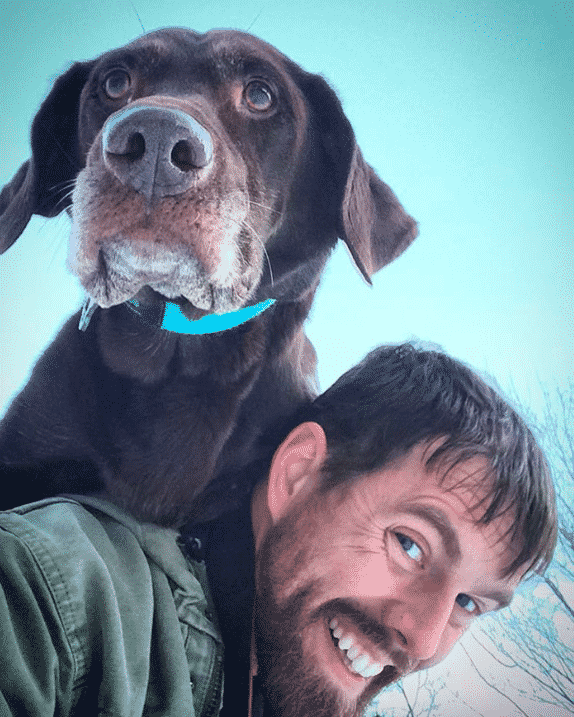 Robert described the trip at the Adirondacks, saying, “Bella insisted on coming up to the waterfall with me and a friend I had made in town. Once she got up there she couldn’t make it down. I tried showing her a few options that I thought would be a good route and she looked at me like ‘Dad, I need help.” 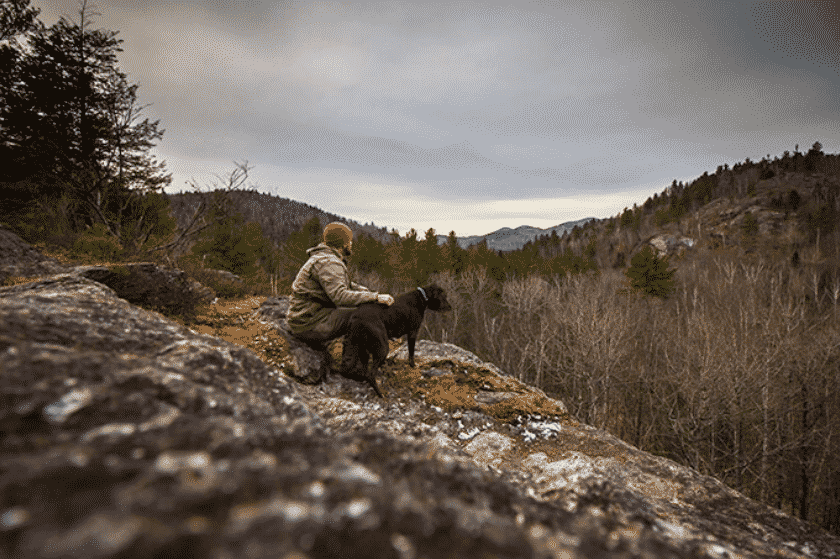 “Something about scooping her up and carrying her off of the rocks and across the water really strengthened the bond at that very moment. As if I were telling her ‘I got you, and I always will.’” The duo wasn’t always alone, however. 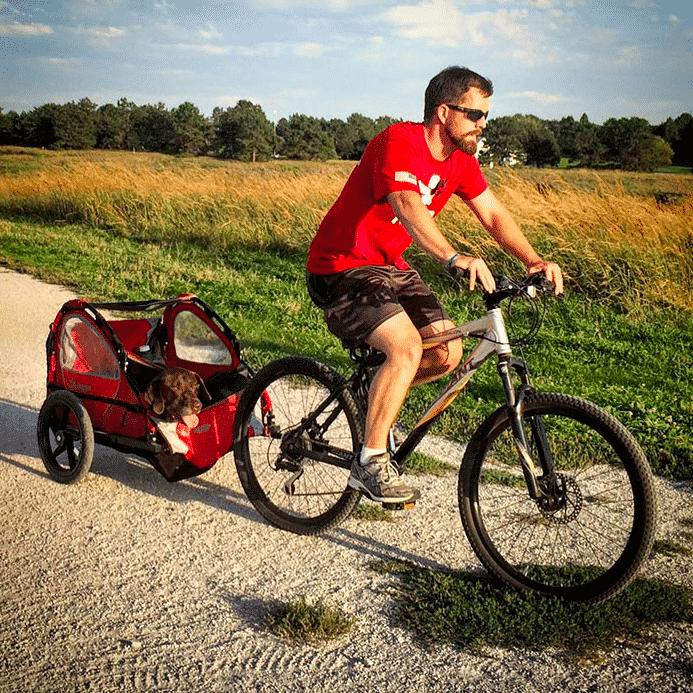 “We traveled for five months, and covered thousands of miles… with many havens on couches and guest beds of the friends I’ve been fortunate enough to make across the country in my short lifetime,” Kugler wrote on his website. 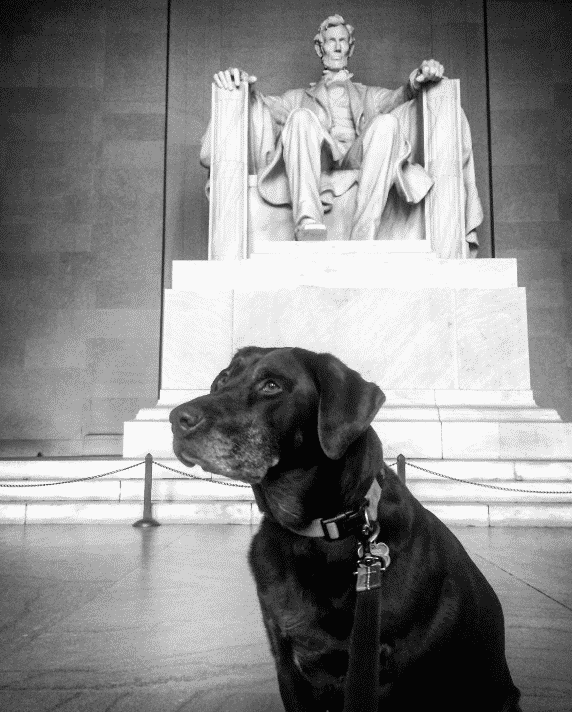 The duo even found time to visit some of the most famous historical monuments such as the Capital Building and Lincoln Memorial. “I feel like right now this is my purpose. It’s the chapter in my life right now just exploring with my dog,” Kugler expressed. 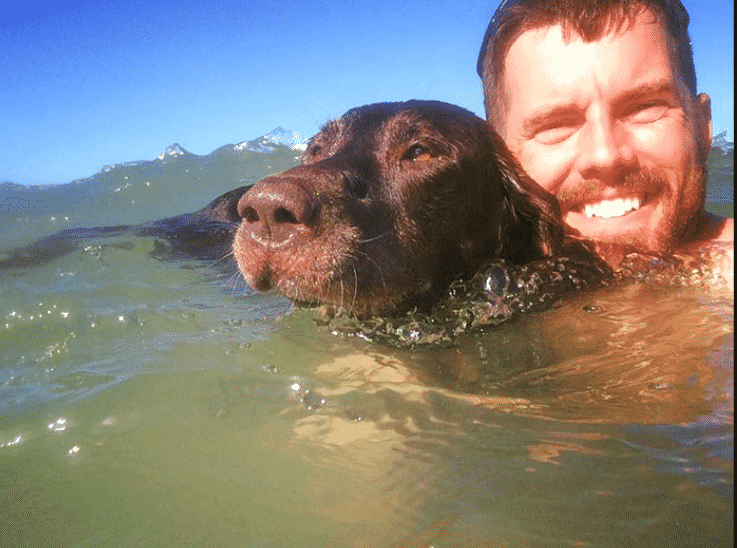 Even though the pair was having a great time, there was one state that Bella couldn’t really handle. It seems that Florida was a bit too hot for the poor pup. “The cold is easier to combat with a dog than the heat,” Kugler told CNN. 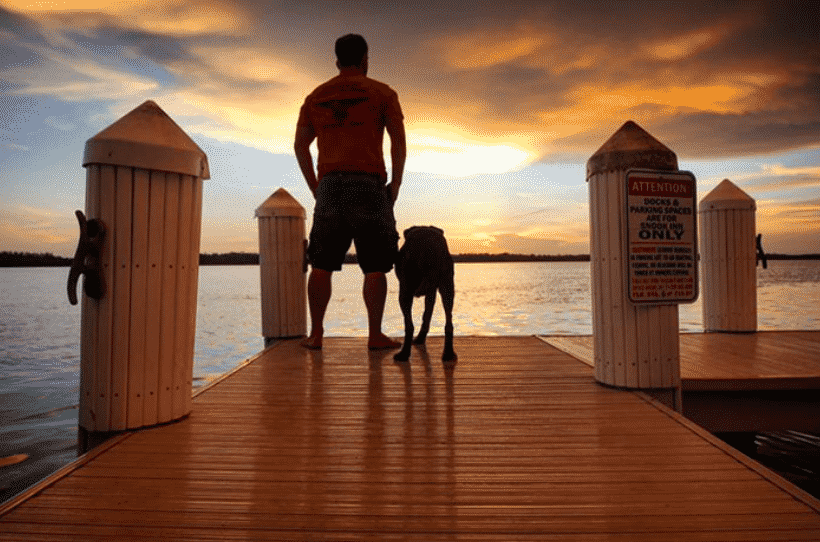 Robert and Bella’s trip was almost cut short at one point when Robert was asked to head out to Kansas City to help out at a veterans’ organization. When he realized that their trip could end so abruptly, Robert gained even more clarity into why he was going off on this trip in the first place. 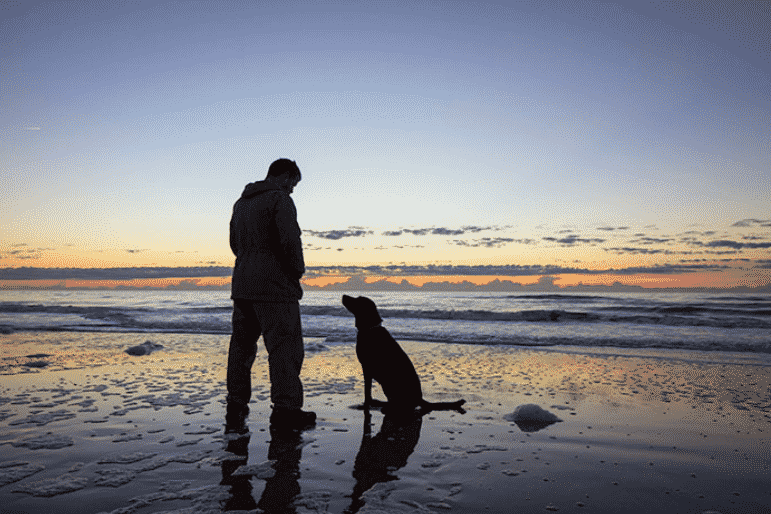 “We lingered at home for nearly three months, working a little, trying to put the story together to share it. But it didn’t feel complete,” Kugler explained. “She was still here, with so much life left. So, when the chance came to give a bud a ride to North Carolina, I decided to finish the southern route and make it to the Keys, which we did!” 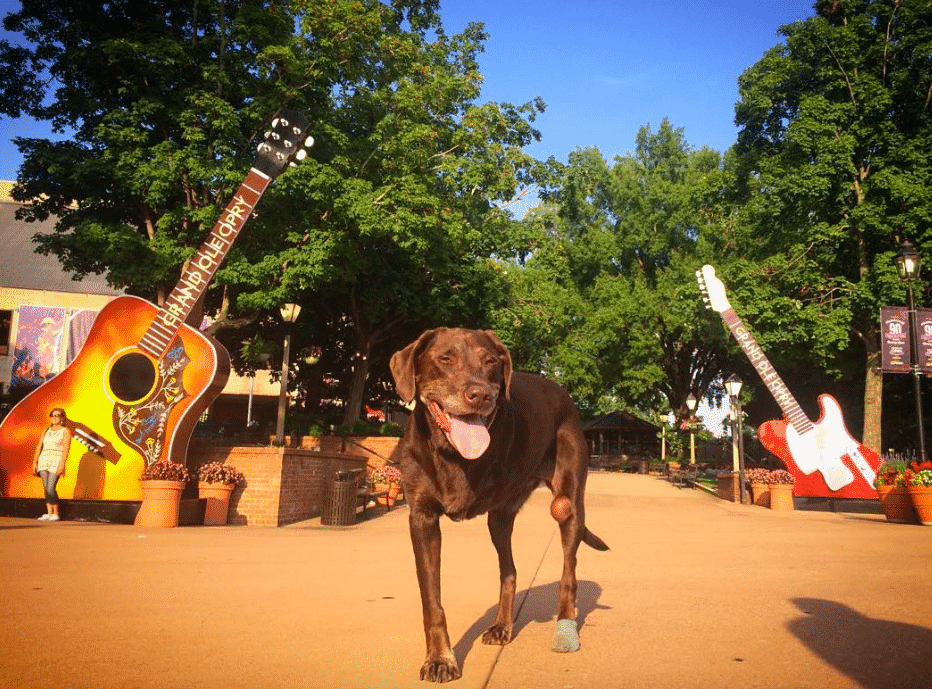 While on the trip, Bella got to try out tons of new things. She was able to eat some delicious key lime pie and even rolled around on Atlanta’s Turner Field. Eventually, Kugler posted the story onto social media and it instantly went viral! 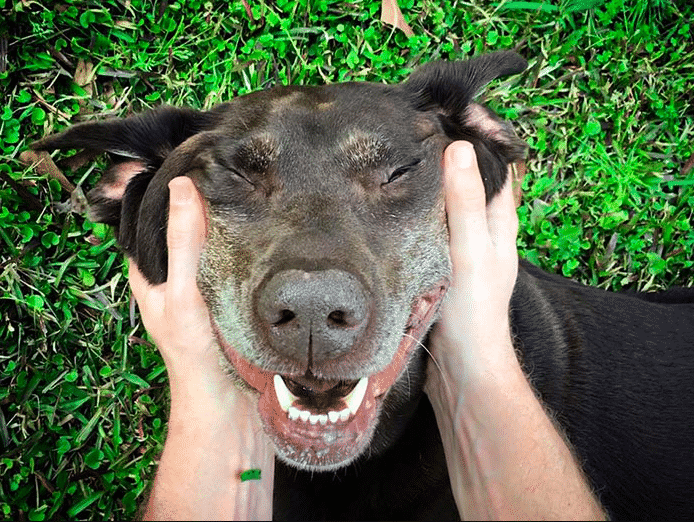 “Often times I’m asked why I share so much… and my answer is that with all the negativity, pain, and division I see in this world and on the news… I just want to share something positive,” Kugler shared on his Facebook page. 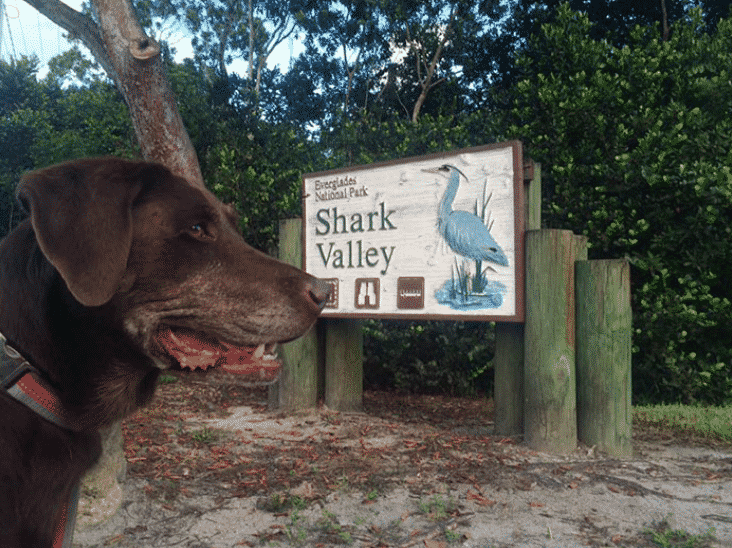 “Bella joined me on an adventure… to encourage others to get out and explore, [and] inspire those with disabilities to continue to love their lives,” Robert wrote on one of social media accounts. To him, Bella has served as a serious source of inspiration to live life to the fullest. 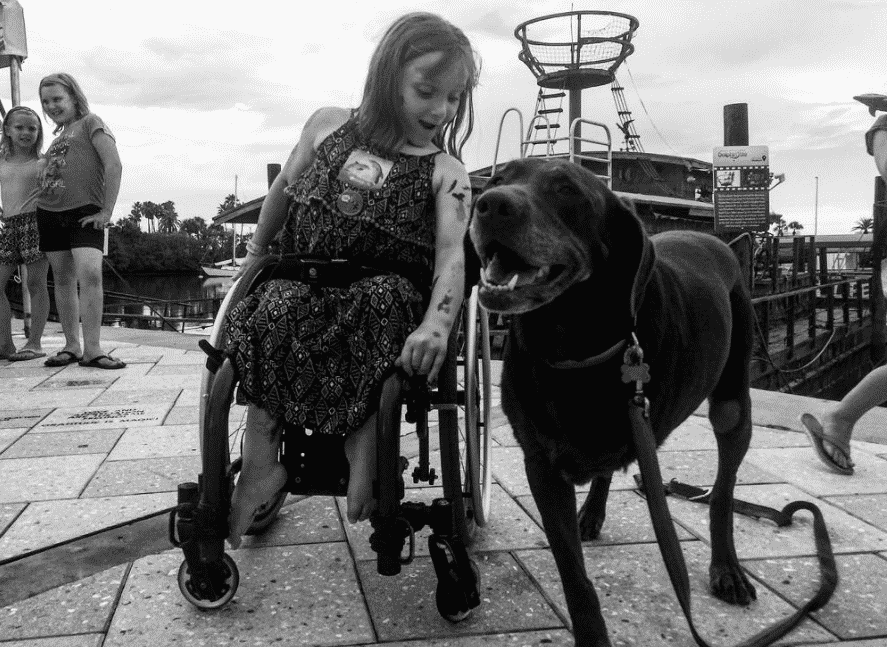 After 14 months, Bella is still alive and doing fantastic according to Robert. “She is doing fantastic”, Kugler told Bored Panda. “The Vets have said to “keep doing what we’re doing, because it’s obviously working.” 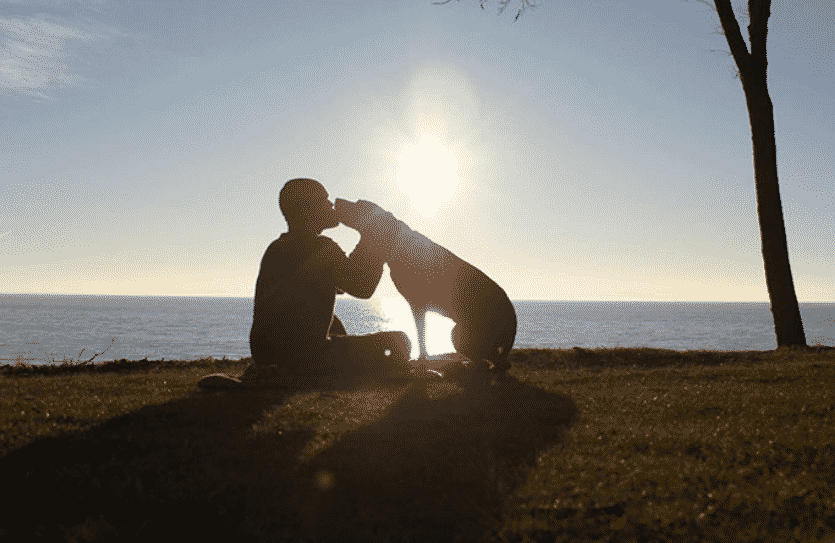 “This is one of the biggest connections I’ve ever had to another living being. I don’t care that it’s a dog. We take on these animals, which means we’re gonna take on their life and their passing,” Kugler told CNN. Kugler will continue to be there for Bella until her last breath.