Man Takes His Family On A Relaxing Beach Trip, But Ends Up Saving Wild Orca

Ben Waru took his family on a trip to Papamoa Beach, New Zealand where he expected to chill out and get a nice summer tan. Little did Ben and his family knew, this beach trip would turn out to be more amazing than expected. It all started when Ben’s family spotted something weird moving in the water…

20. Something Is Moving Underwater 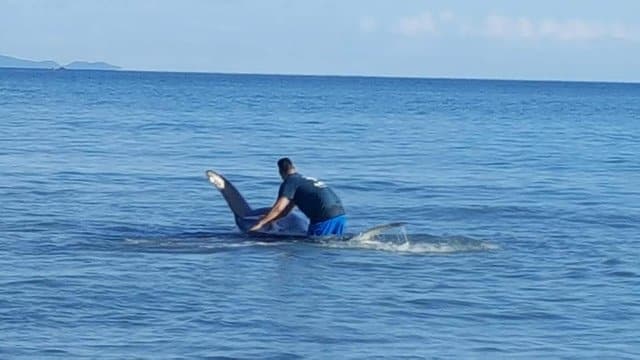 As Ben and his family were relaxing at the beach, they spotted something weird moving underwater. Curiosity got the best of Ben and he went to check out what’s there. You won’t believe what Ben found!! 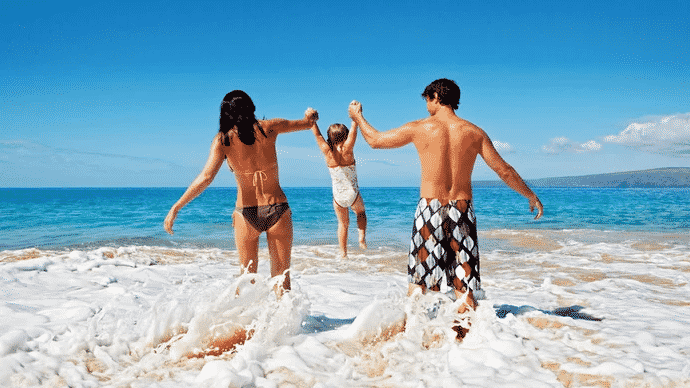 Ben Waru was playing around in the water with his kids and wife. Their family vacation was going just as planned until their dog started barking towards the water. What did the dog see? 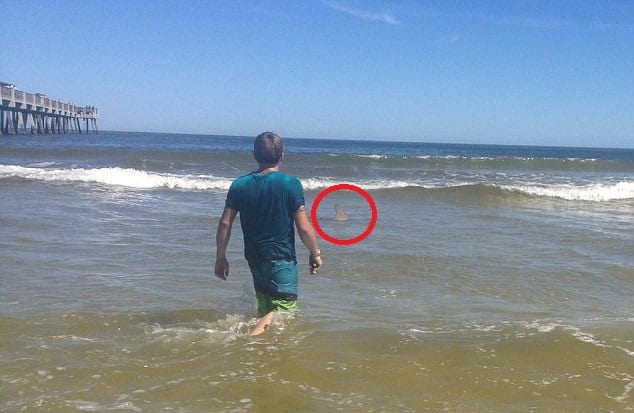 Ben noticed that his dog was barking towards the water and he wanted to see what that was. Ben says that he was a little bit scared to see what animal was there, but he needed to see because that poor animal might be in trouble. 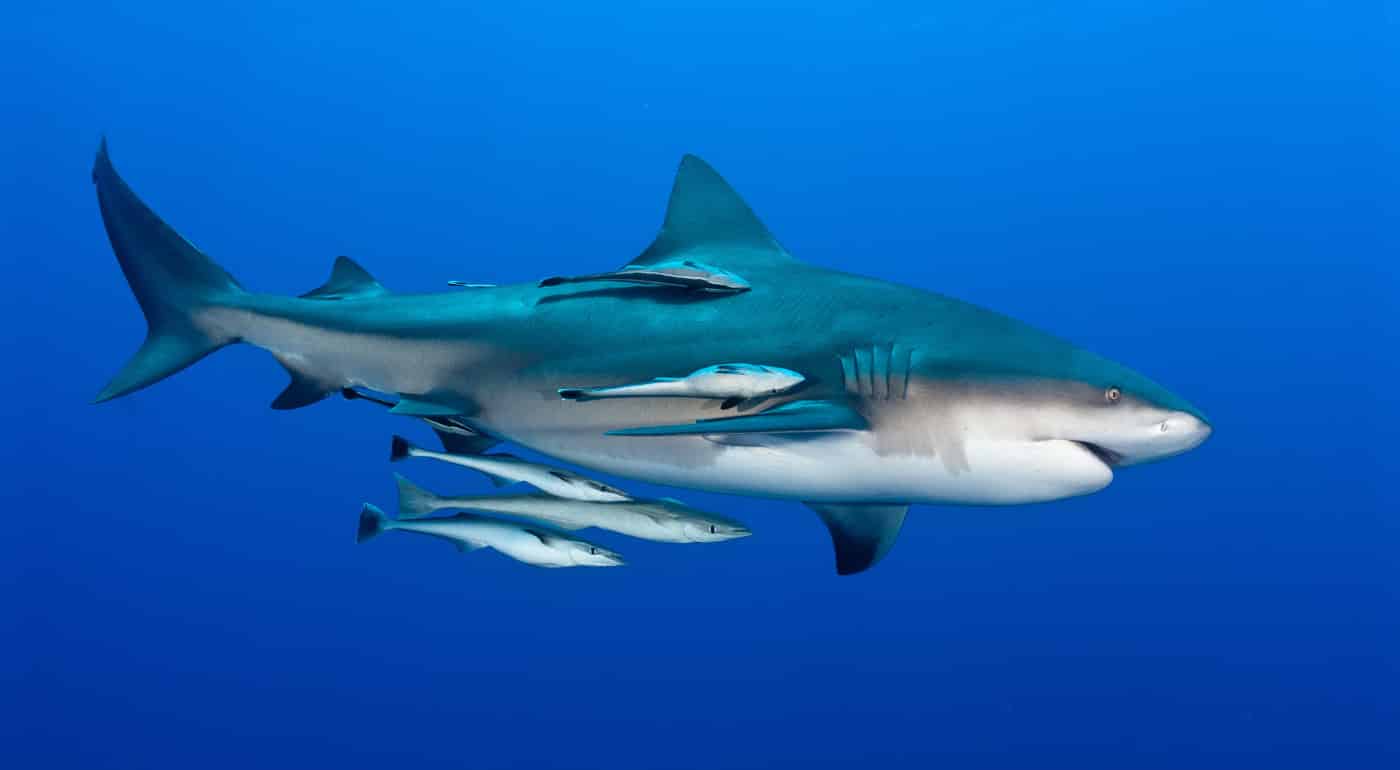 At first, Ben thought that the animal might be a pilot shark. However, he was wrong. Keep reading to see what happened when Ben got closer to the strange animal. 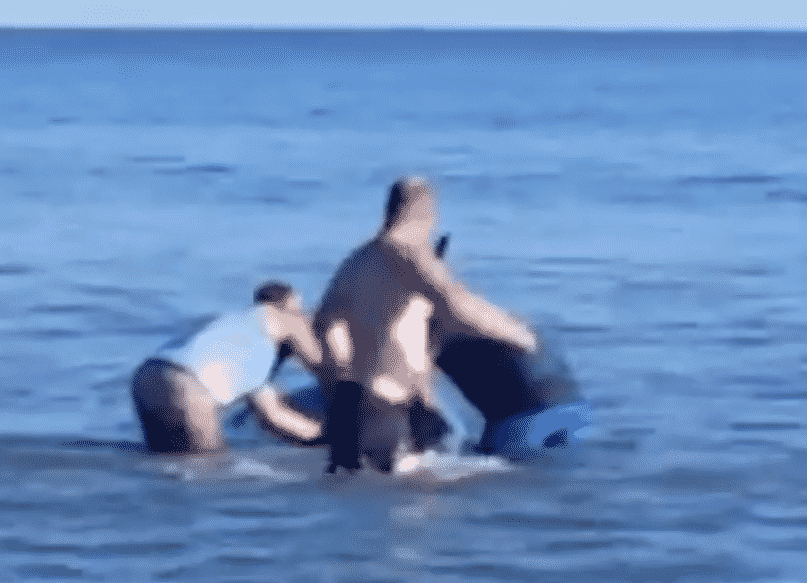 Ben and some of his friends took a risk and got closer to the strange animal and to their surprise, it wasn’t a pilot shark! The stranded animal was actually a wild orca. This is quite strange because orcas don’t spend their time close to the shore. What do you think the orca was doing there? 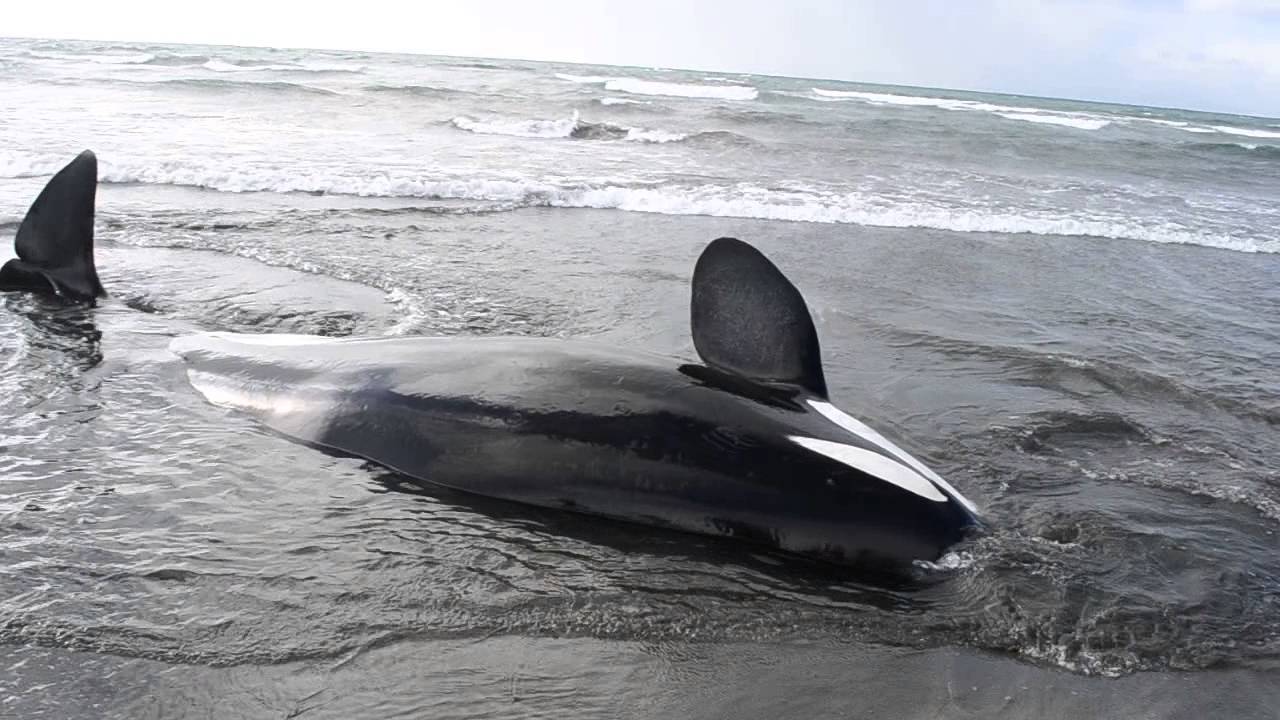 Ben quickly realized that the orca is stuck in the shallow water. That’s when one of his friends said that orcas do get close to the shore when they are hunting for food. What do you think the animals was hunting? Was it humans? 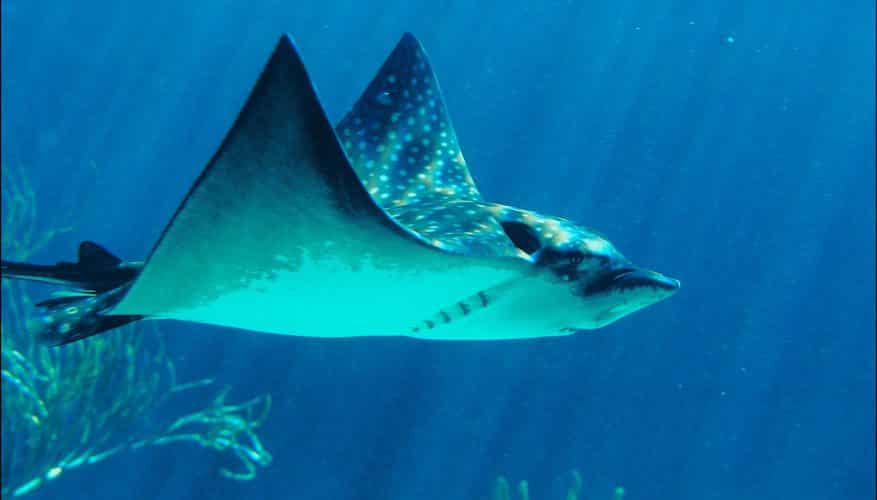 The orca wasn’t hunting humans, but stingrays! In fact, there are many reports of orcas getting stranded on beaches after chasing stingrays in shallow waters. Nonetheless, Ben Waru knew that he needed to help the poor animal. 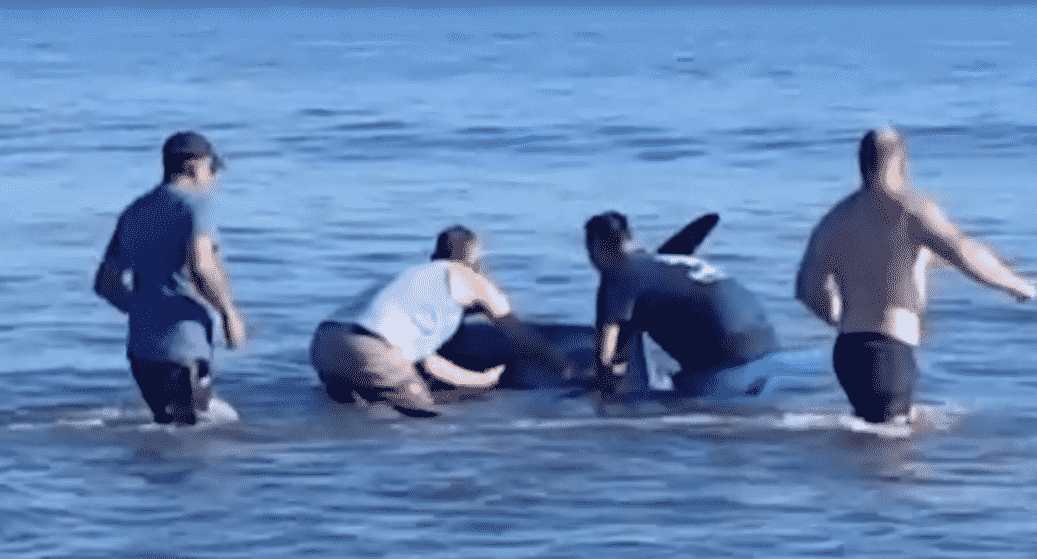 Ben called more of his friends for help because he thought that the orca might be able to swim away if they push it a little bit. Knowing that the orca is pretty heavy, four men came from the shore to help Ben. 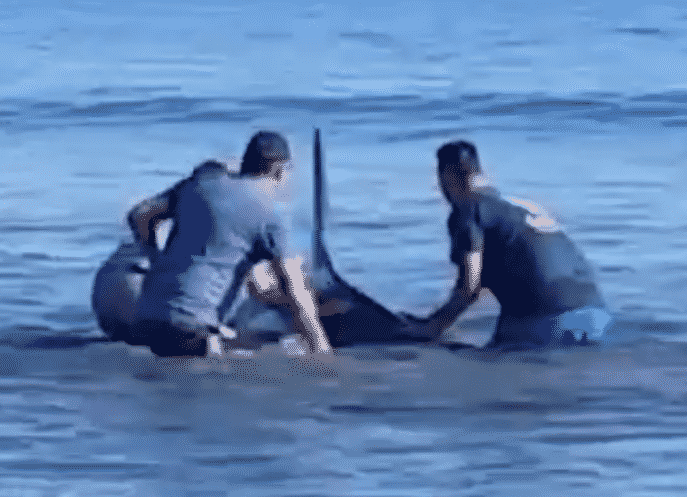 Usually, people are advised to call for special help when it comes to this type of situations. Orcas can easily hurt people, but Ben and his friends were determined to help the orca by themselves. The most hilarious thing happened next! 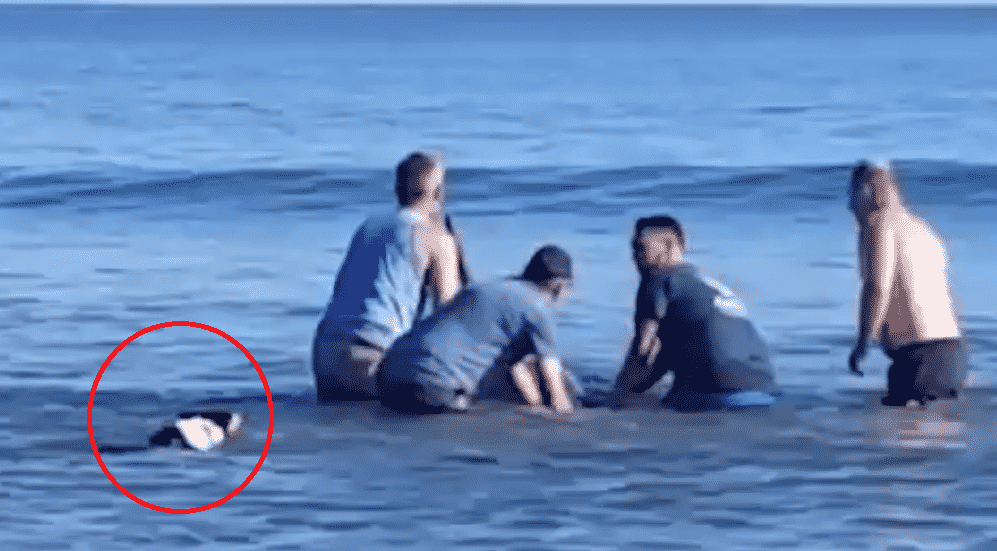 As Ben and his friends were trying to push the orca, Ben’s dog decided that he wanted to help as well. Now, this is a brave dog! 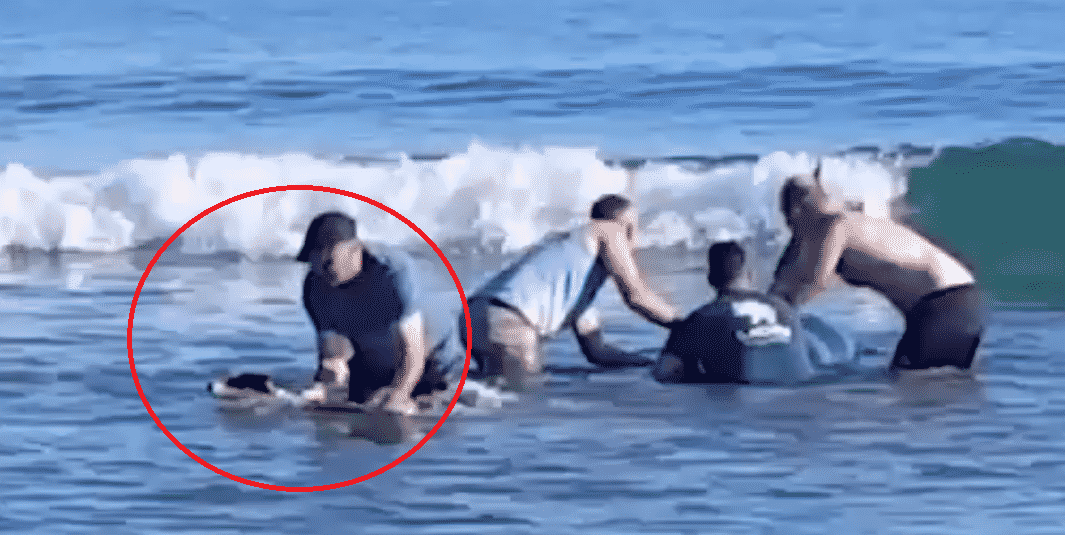 One of them took the dog back to the beach because the waves were pretty big and he didn’t want the dog to get hurt. The big waves could also push the orca on the beach and the men needed to grab it and keep it in the same spot. Do you think they were able to do that? 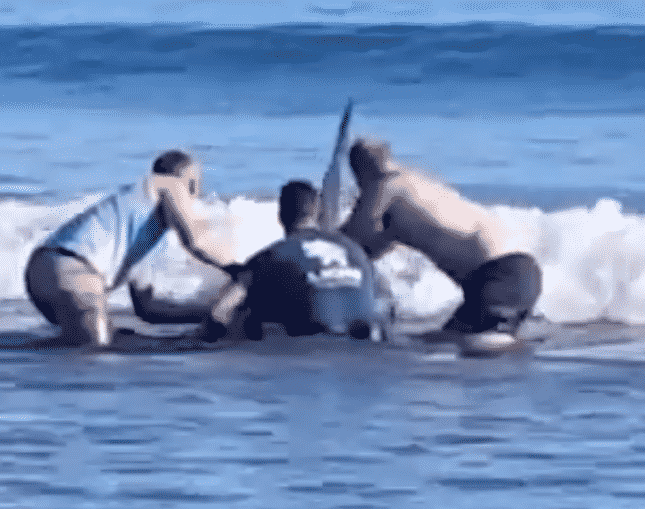 A big wave was coming and the men grabbed a hold of the orca and kept it still. The first wave came and passed, but the second one was a whole lot bigger! You will be amazed to see how the men stand next to the orca. 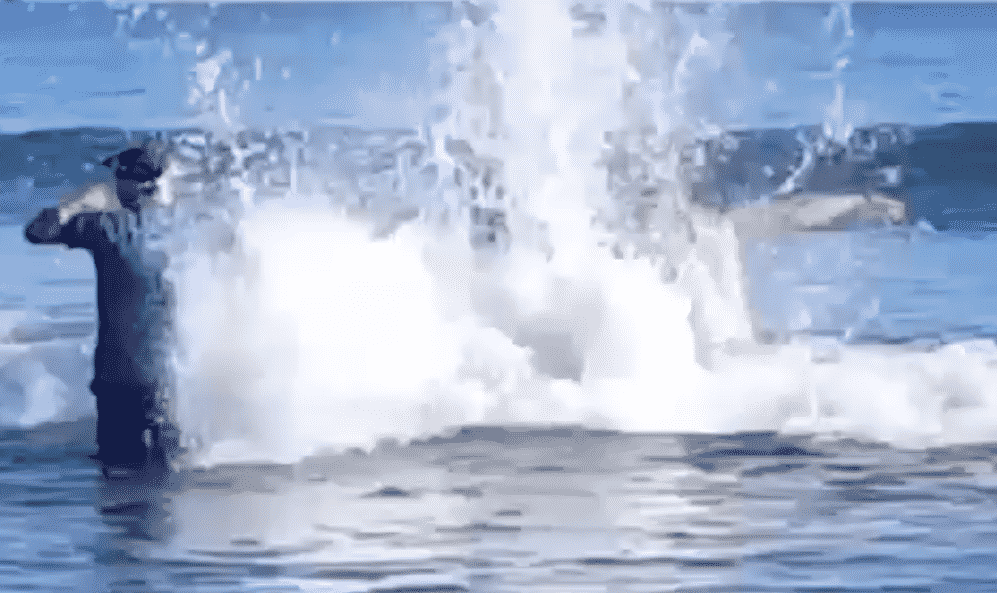 The second wave was huge, but the men didn’t back away and kept holding on the orca. If they let the animal go, the wave would push it back to the beach and this wasn’t good at all. 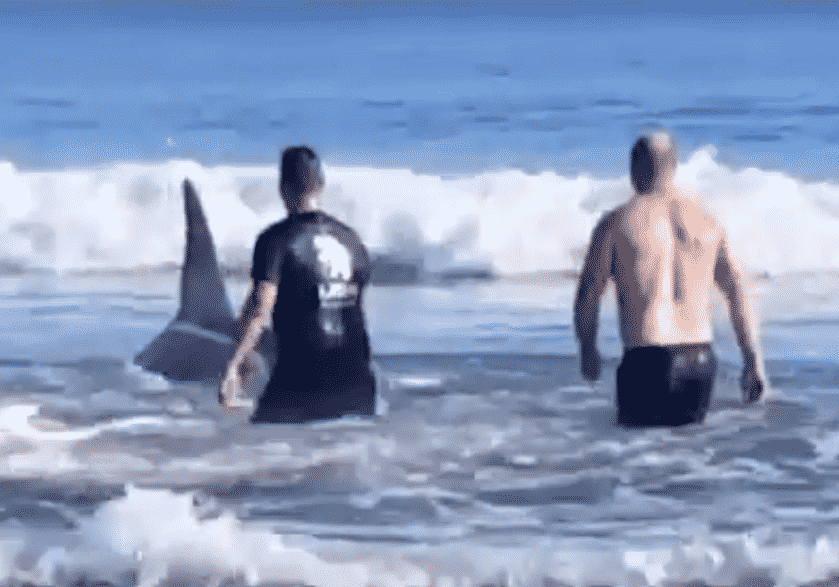 The waves stopped hitting and Ben knew that this is when he needed to push the orca to deep waters. You won’t believe what happened next!! 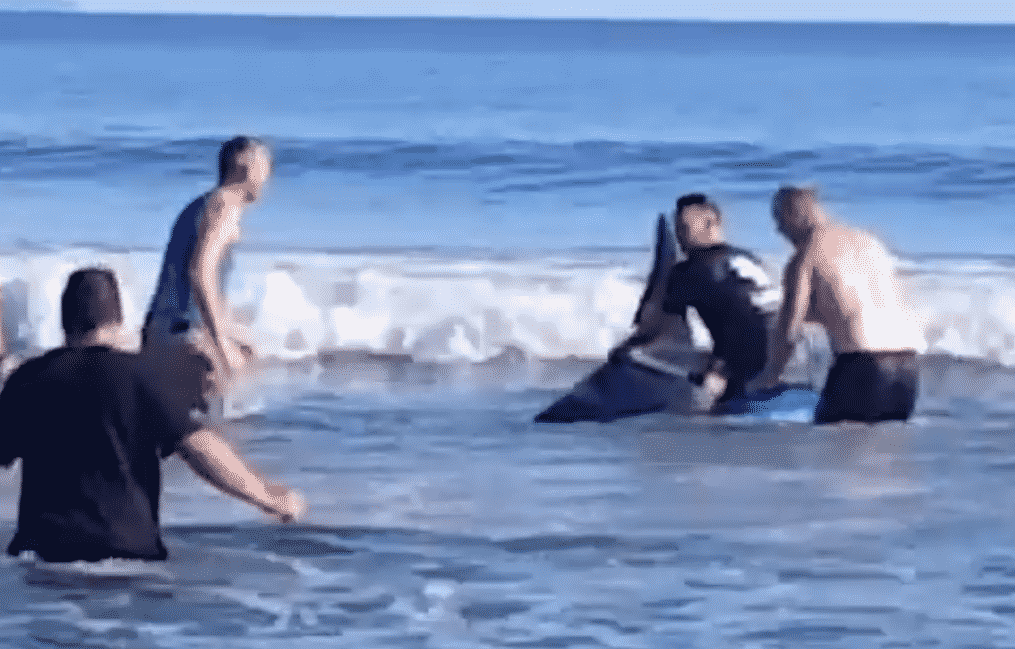 This was the first time that the orca was touched by humans and to everyone’s surprise, the animal didn’t get scared or aggressive. It was like the orca knew that it was being helped. The next picture will bring a smile to your face! 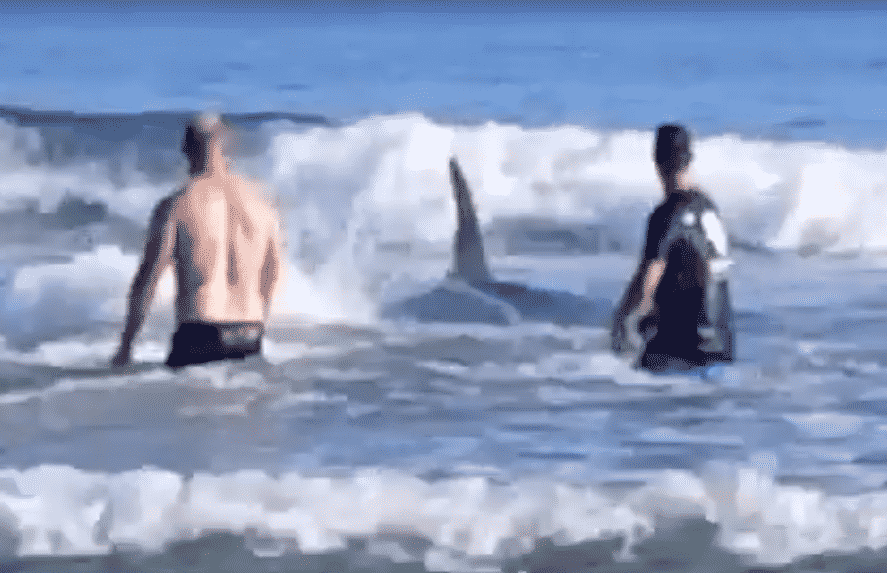 The men started pushing the orca together and they were able to move it to deep waters. The animal didn’t waste any time and it quickly started swimming away, but not before it said goodbye! 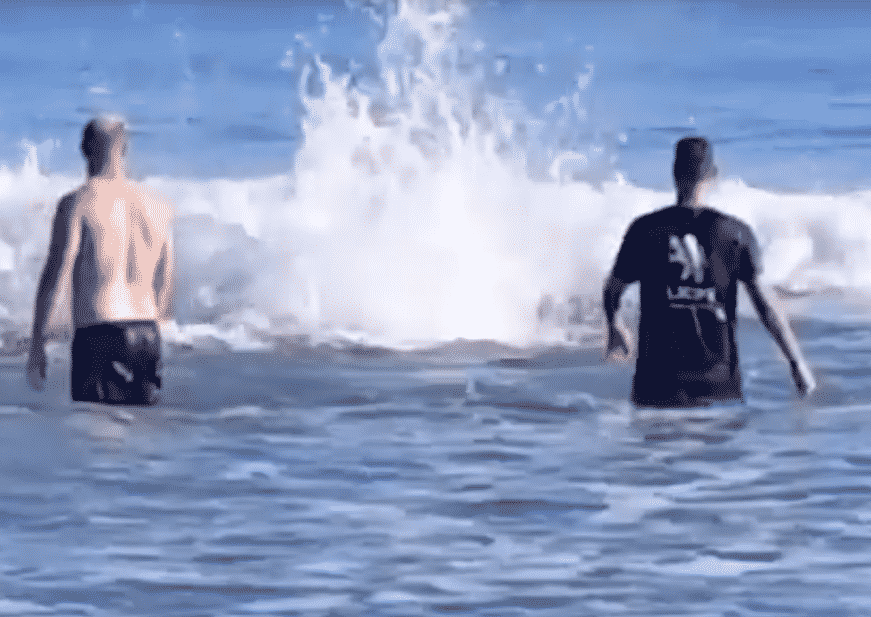 As the orca was swimming away, it started flapping its tail and making huge splashes of water. This was the orca’s way of saying thanks to the men who set it free.

3. The Mission Is Over 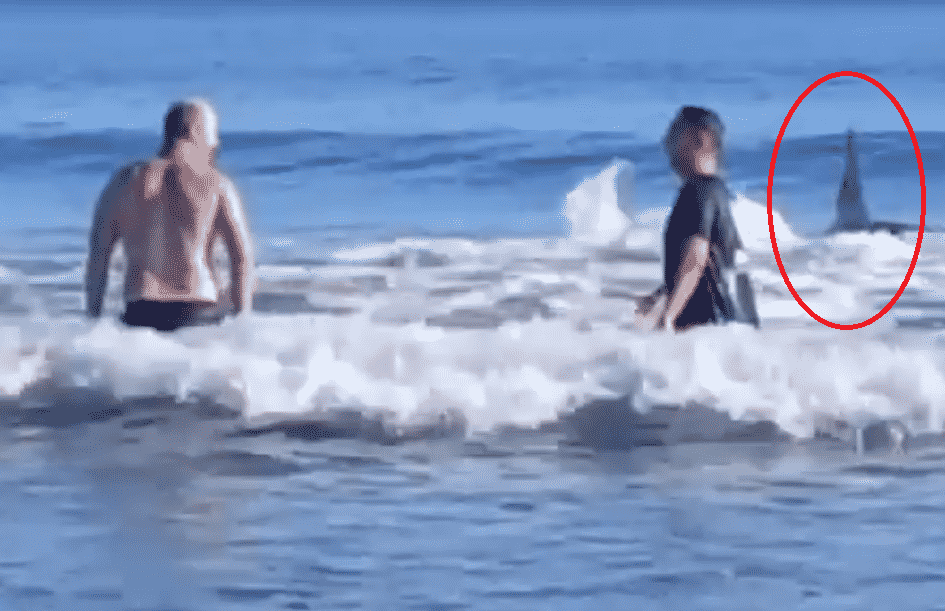 The men managed to set the orca free and they were happy. In fact, one of them said this after freeing the orca: “We definitely felt like we had earned our beers that day”. 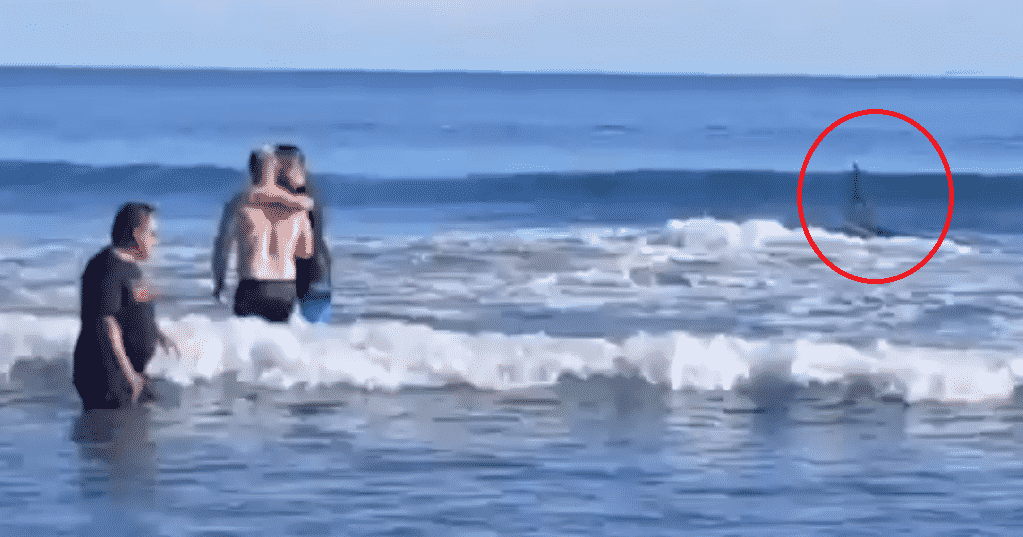 The men were so happy that they managed to save the orca that they started hugging. Truth be told, this was an amazing moment and the men showed how brave they are. Not many people would head into the water to save an orca like they did. 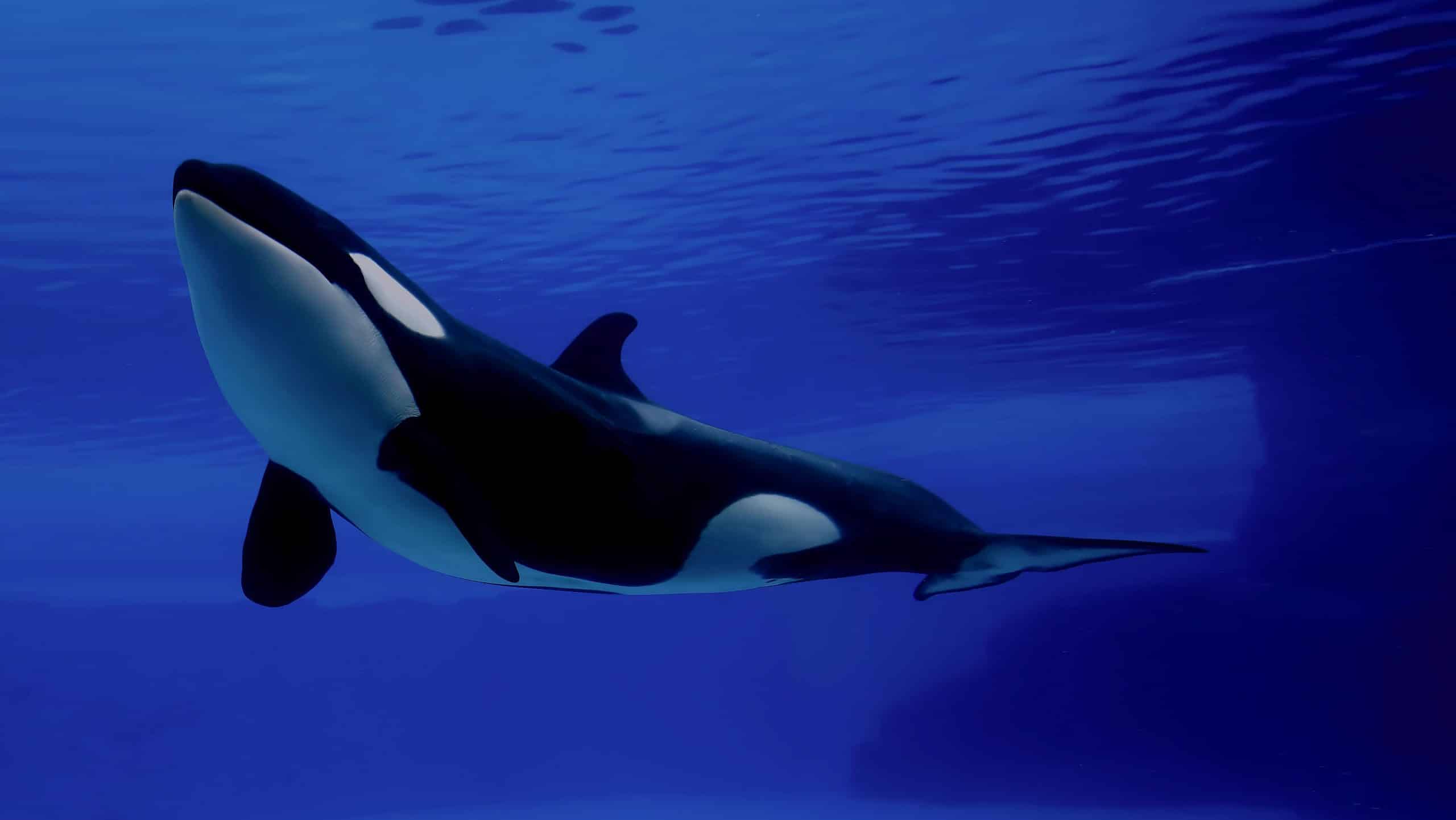 The orca is now free to swim the ocean and it’s all thanks to Ben Waru and his friends. Would you ever have the courage to get in the water when a huge animal is stuck on the shore?