Stuck behind a steel cage for most of his life, the brown bear named Balu was all out of hope. No one cared for him and Balu longed to be free and to roam the forests like he did when he was young. To make things even worse, the steel cage where Balu was kept was small and the poor bear didn’t have any place to move. Fortunately, someone heard his screams for help and decided to do the right thing… 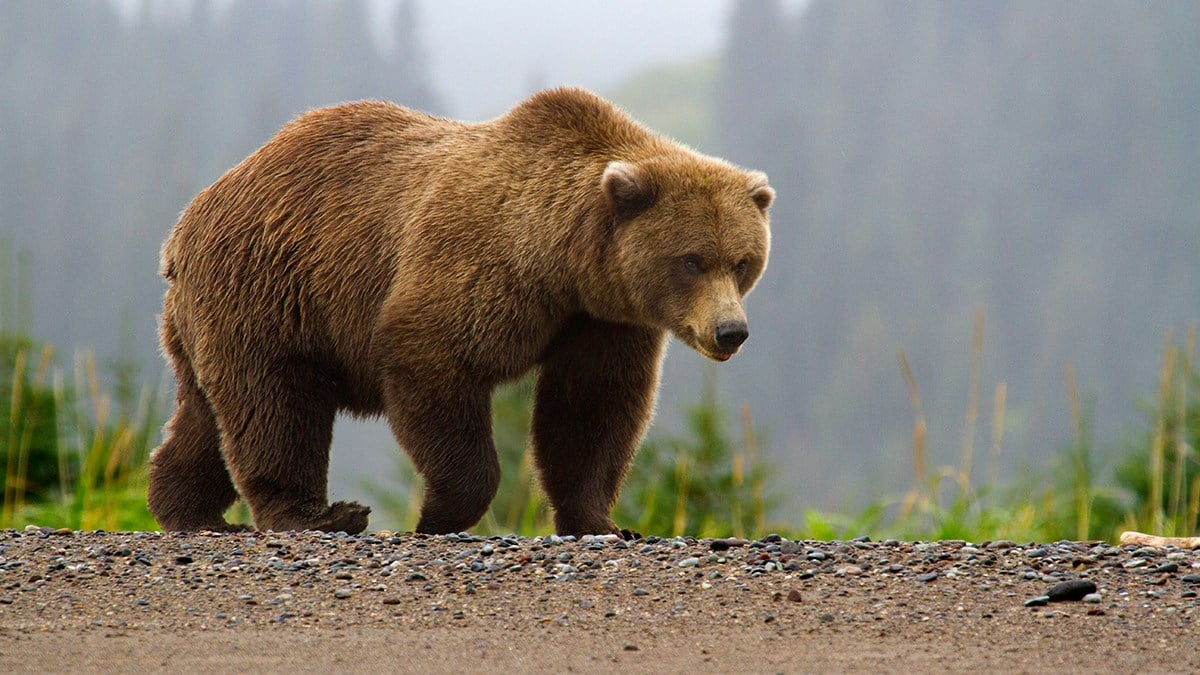 Bears are some of nature’s most amazing beasts. Their size, teeth and fierce claws make them a sight to behold. However, this is why most zoos and illegal trappers capture bears… because people love to see them. 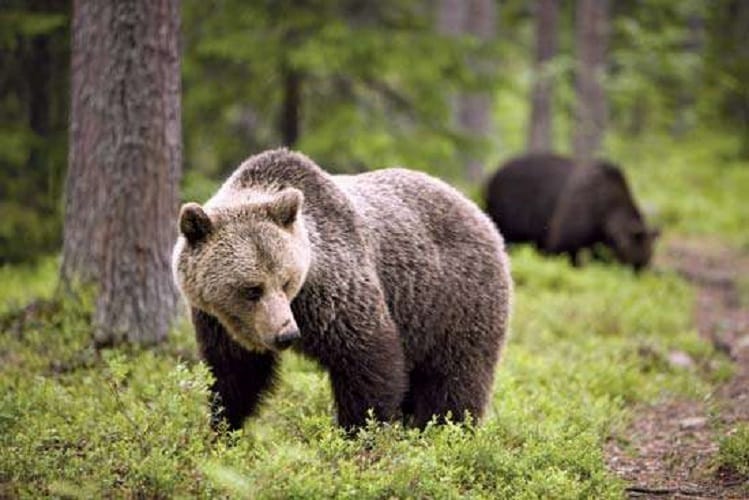 Brown bears are the top attraction in all zoos and while they might take good care of them, this is not the case for everyone who captures the animals. Bears are made to roam the woods and fish salmon, not to be stuck behind a steel cage.

Even though they are some of nature’s fiercest predators, bears become really sad when they are captured and confined behind a steel cage. Don’t believe me? Well, then make sure you keep reading and see for yourself. While this story might be sad, it has a happy ending! 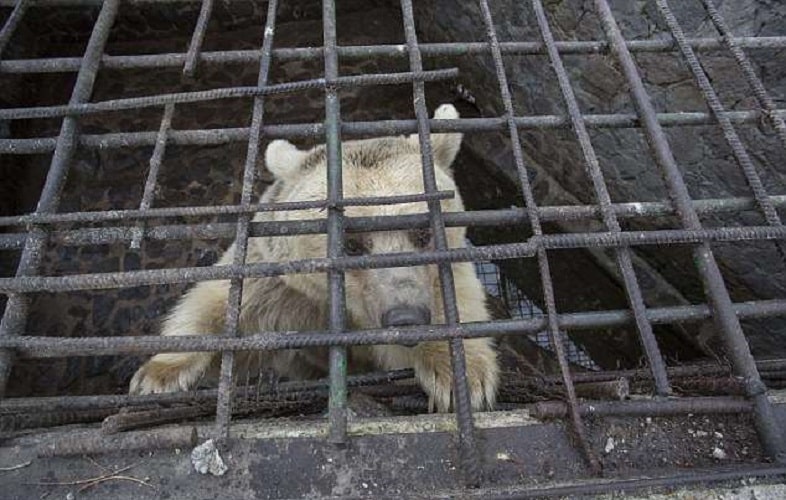 This poor little guy is called Balu and he has been stuck behind that steel cage for a long time. You won’t believe the reason why he got trapped there… 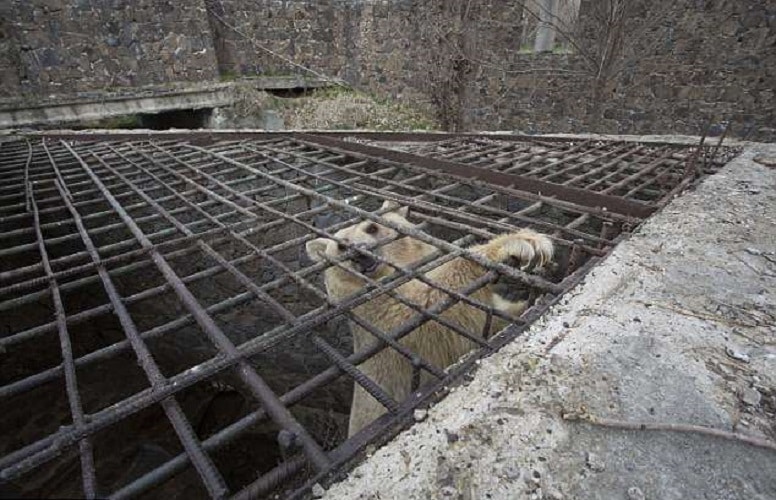 The bear is kept captive behind a restaurant in a small rural town. The only reason he is there is to get people to come to the restaurant. Isn’t this the saddest thing ever? 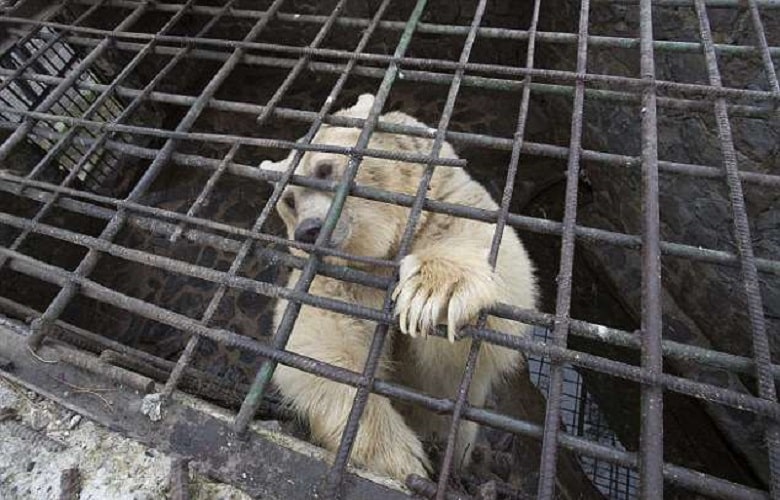 Balu spent many years stuck inside that cage until luckily, someone heard his cry for help. The person who realized that Balu isn’t living in a healthy environment called the local authorities. Let’s see what happened next. 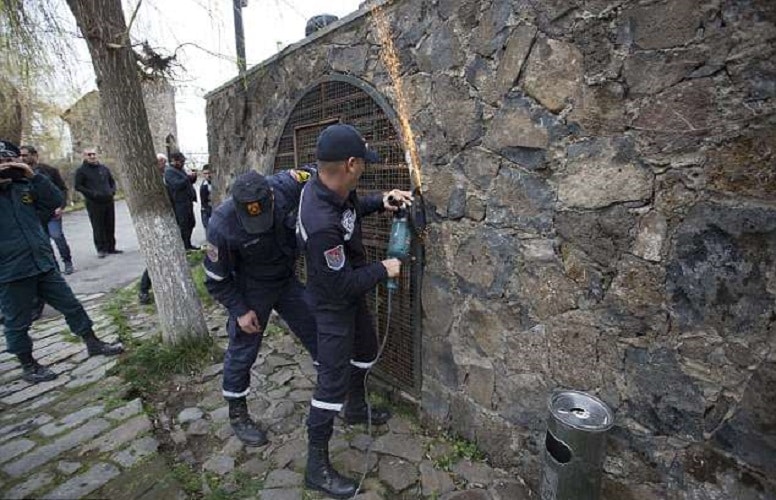 The restaurant’s owner didn’t want to free Balu and the local authorities called the firemen to open the door with bolt cutters. The next picture might bring a tear to your face… 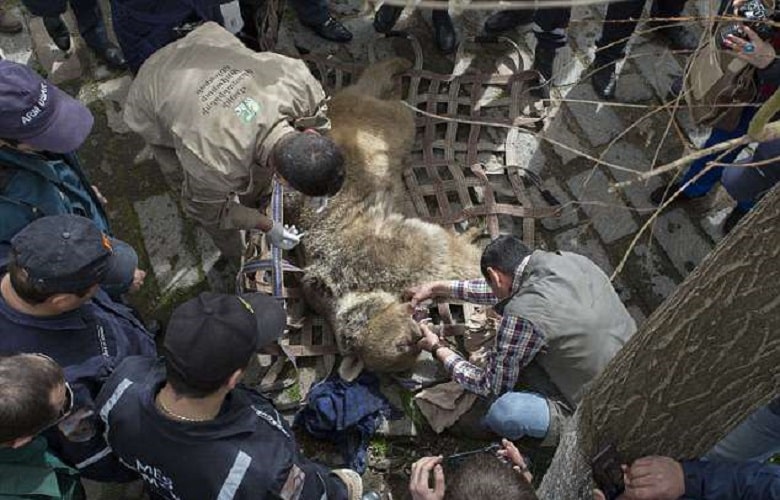 The firemen did their best and they managed to open the door in a couple of minutes. The poor bear was so scared that he didn’t know what to do. Balu had no idea that he was being rescued. 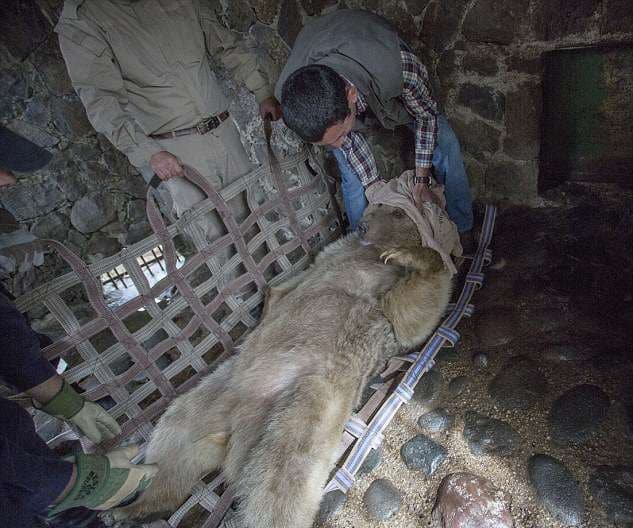 The bear didn’t know he was being rescued and he was aggressive towards the firemen. This is when they decided to tranquilize him and just take him out of there. You won’t believe what the firemen did next. 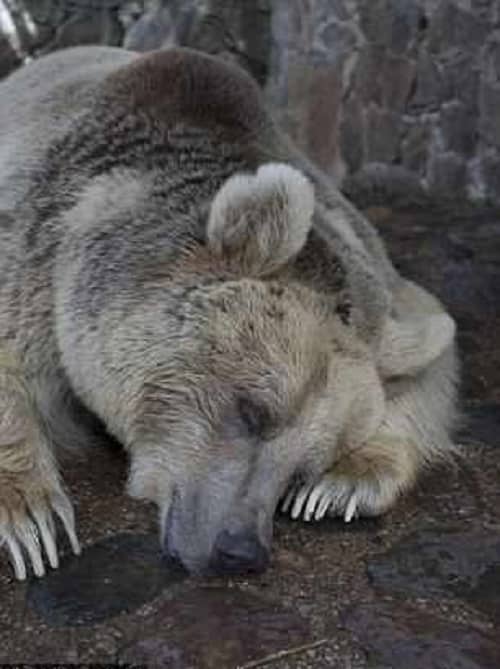 Balu was neglected and mistreated for so long that the firemen couldn’t simply free him into the wild and they needed to take him to a special shelter first. Make sure to check out the next picture because it will show you exactly how small the cage is. 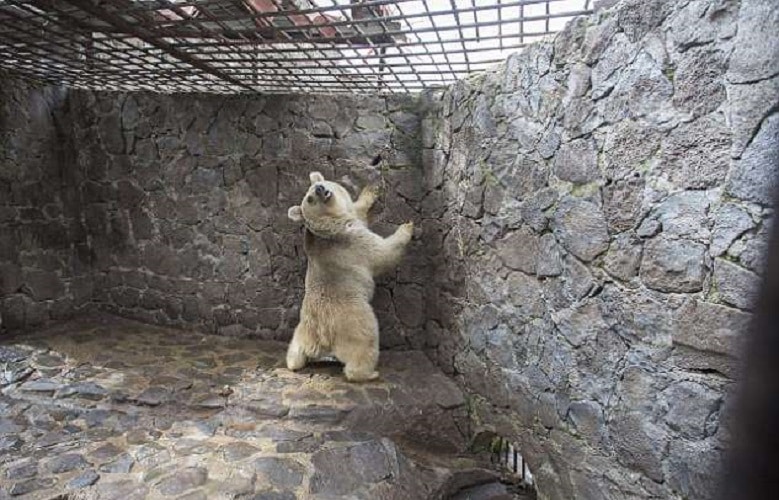 It’s heartbreaking to think that this is how Balu had to live for most of his life. Luckily, his story ends with a happy ending. 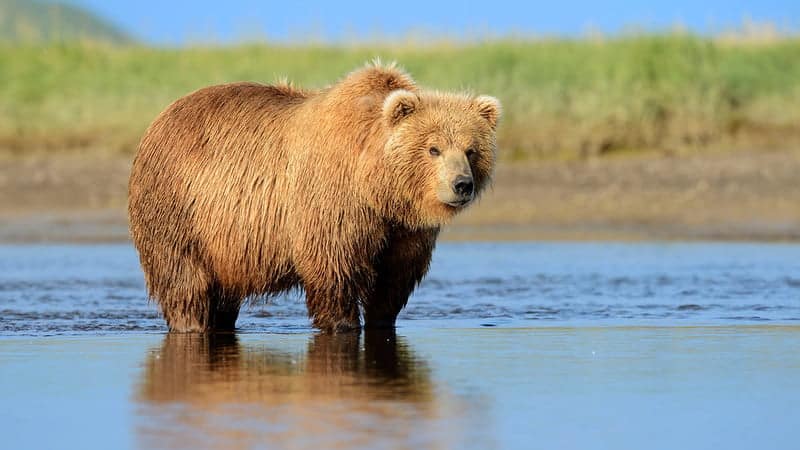 The bear got all the special treatment he needed to recover and once he was started feeling better, the rescuers decided to let him back into the wild. How do you think Balu responded to this? 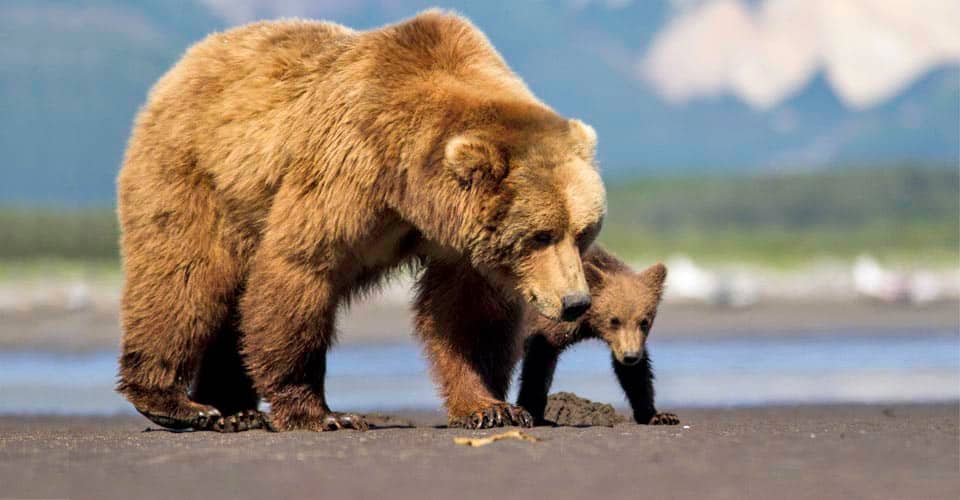 Balu was finally out in the wild again and he was happy. The rescuers also made sure to track him for a couple of months to make sure that he is able to survive on his own. 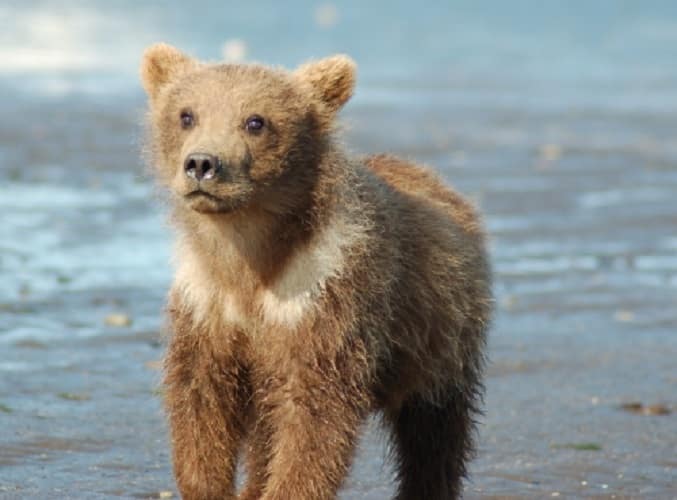 It didn’t take long for Balu to find a mate and to have a little cub. Although, the rescuers weren’t sure if this was the right thing to do because Balu didn’t have any hunting skills since he was stuck in that cage for so long. But… 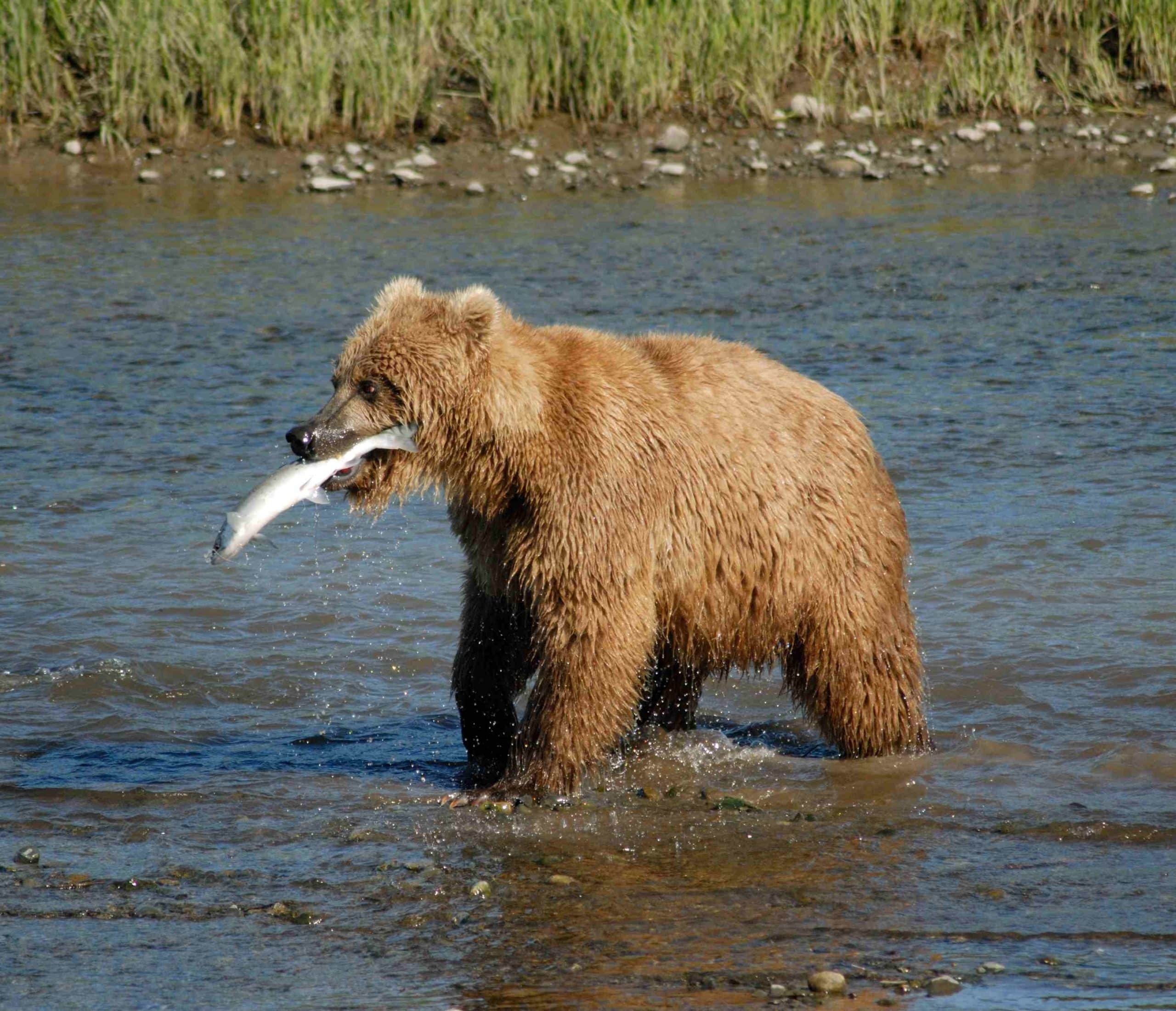 To everyone’s surprise, Balu knew instinctively what to do when it came to looking for food and he taught those skills to his little cub as well. Although, this is not the only thing that Balu showed the little cub how to do… 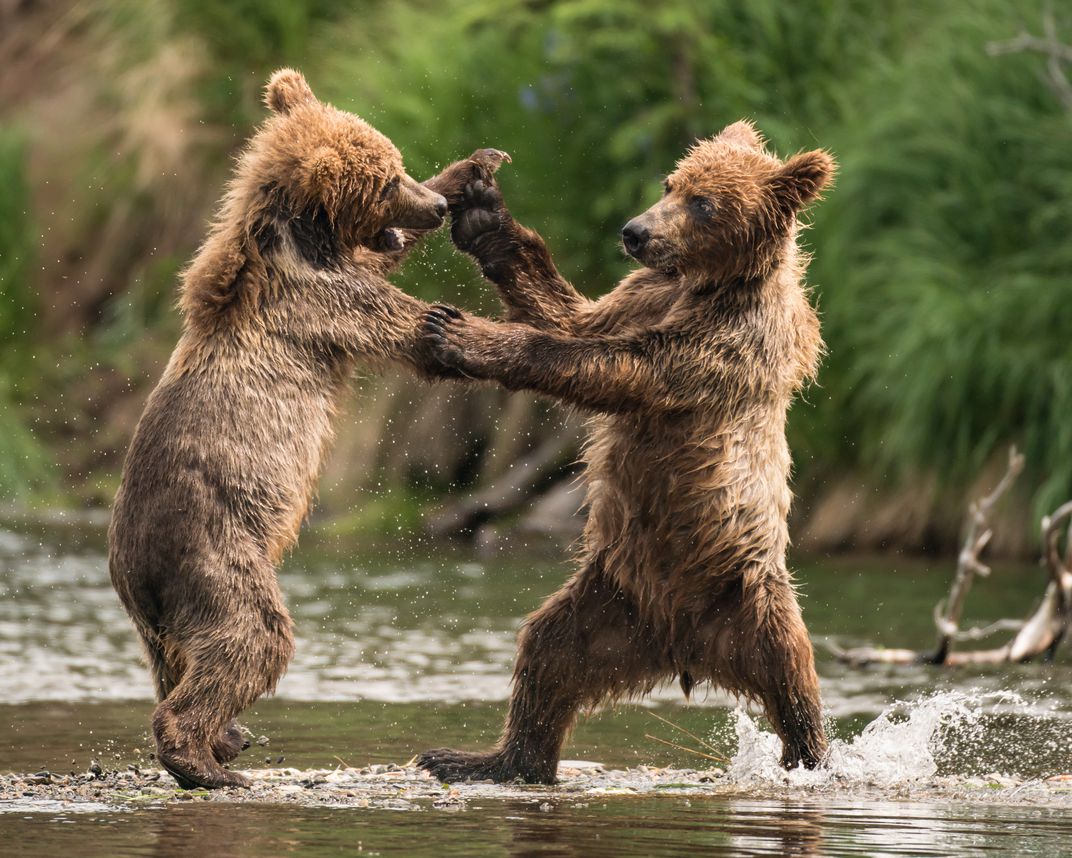 Bears loved to fight with each other for all types of reasons. Most of the time they are fighting over territory and Balu made sure to teach his little cub what to do in situations like this. 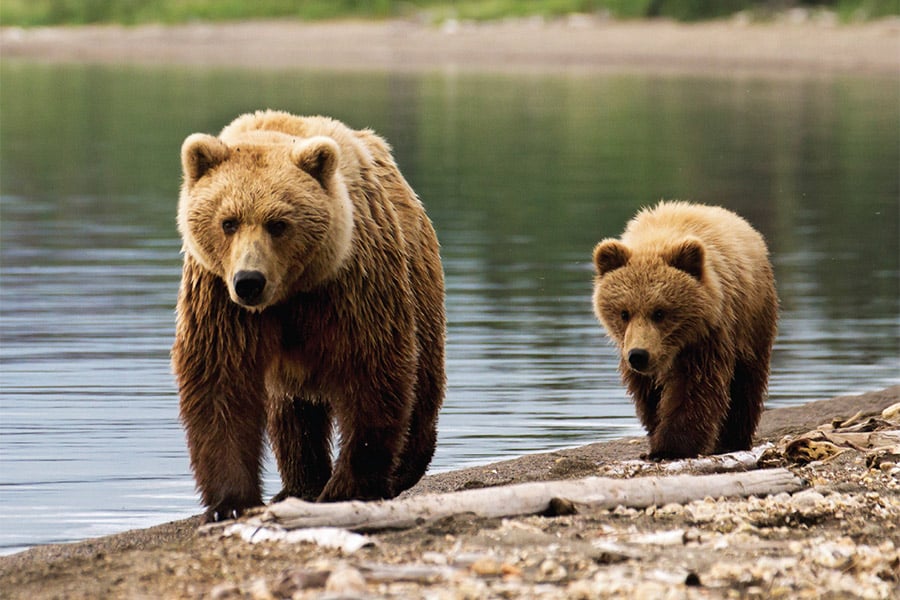 The only thing that really matters is that Balu was finally free to roam the forests as much as he wants. Brown bears are not made to stay behind steel cages and they will lose their fierceness when that happens. 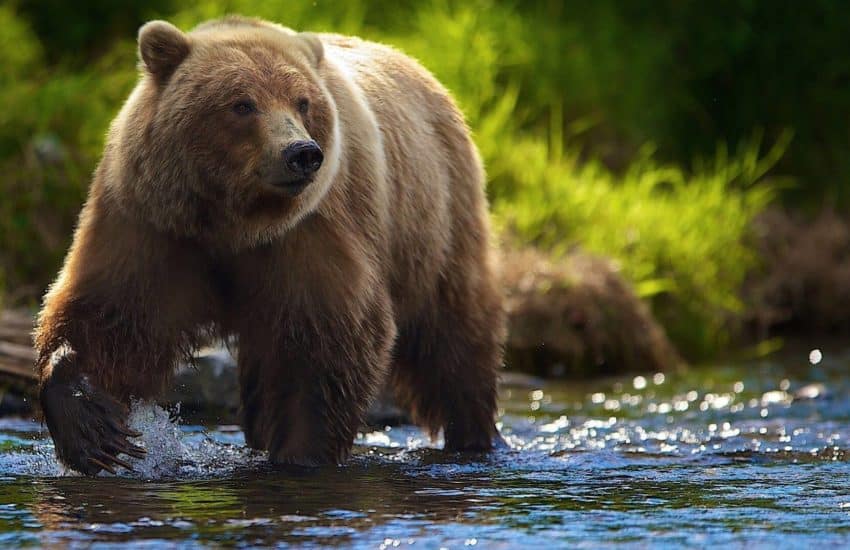 Let’s hope these pictures raise awareness about how some bears are being treated and people would learn not to pay money to see them. If people would stop visiting trapped bears and paying for tickets, then the trappers wouldn’t have a reason to trap them in the first place. 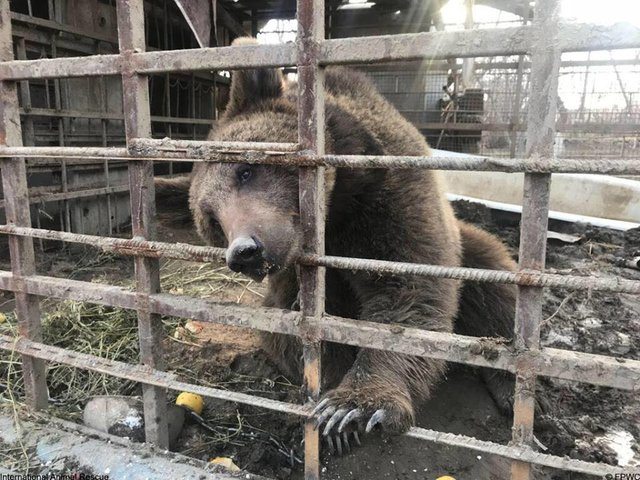 What did you think of Balu’s story? I for one believe that no bear should live in such conditions, especially for entertainment purposes. 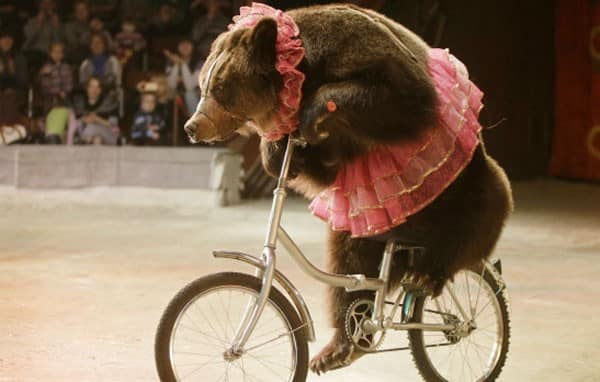 The same thing goes for circuses. Sadly, a lot of animals are forced to perform in front of audiences. If we stop going to such events, they will ultimately be forced to give up on caging animals.