They Never Guessed What This Bear Would Do To A Cat

In nature, you’ll often find that certain animals tend to avoid each other. This is often due to the predatory nature of the larger animals that would surely prey on the weaker ones. But how is one to explain the odd pairings between two animals? Well, here’s an odd couple that are the best of friends and you won’t believe how it works. 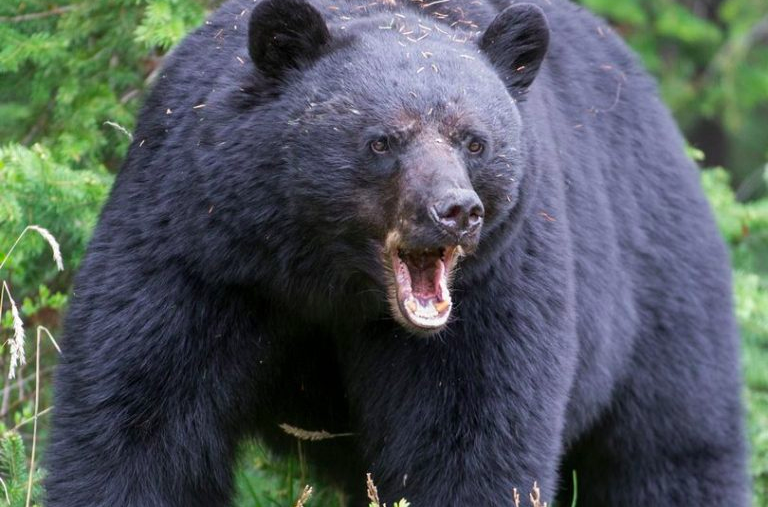 Meet Mäuschen, an Asiatic Bear that has a home at the Berline Zoo. The 800-pound giant has both size and strength on her side. This has caused her to be one of the most popular zoo attractions. 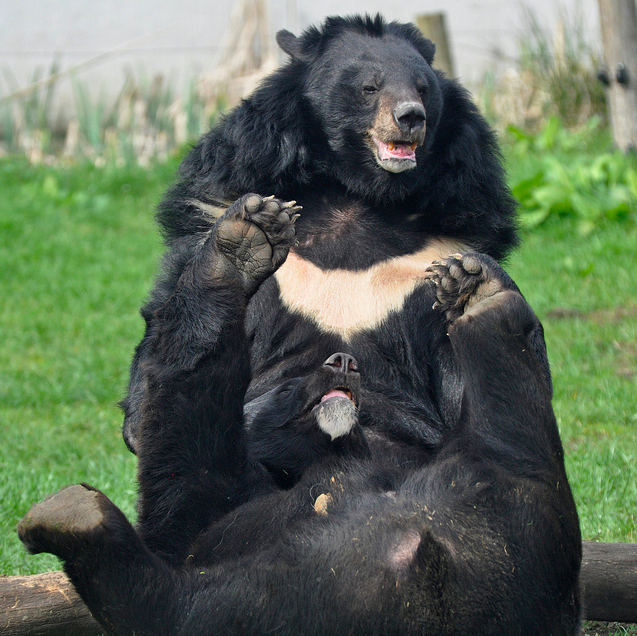 Asiatic bears are native to the Asian regions and are often of medium-size. They are adapted to live an arboreal life and females do tend to be on the smaller side. However, that isn’t the case with lovely Mäuschen. 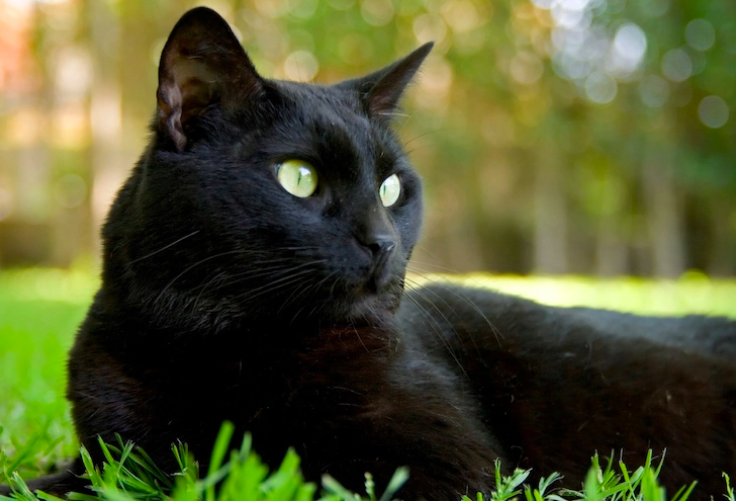 In 2000, the staff at the Berlin Zoo were in total shock when Mäuschen had the strangest encounter with a cat named Muschi. Typically speaking, an interaction between a bear and a cat can never really go well. Everyone instantly assumed the worst… 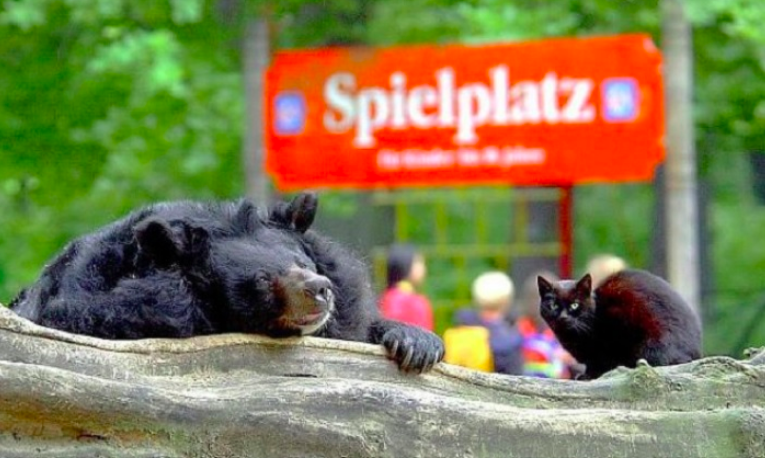 The cat had somehow snuck its way into the enclosure where Mäuschen lives. The zoo staff only noticed when it would have been too late to rescue the poor cat. Everyone was holding their breath, waiting for the giant bear to simply devour the cat. 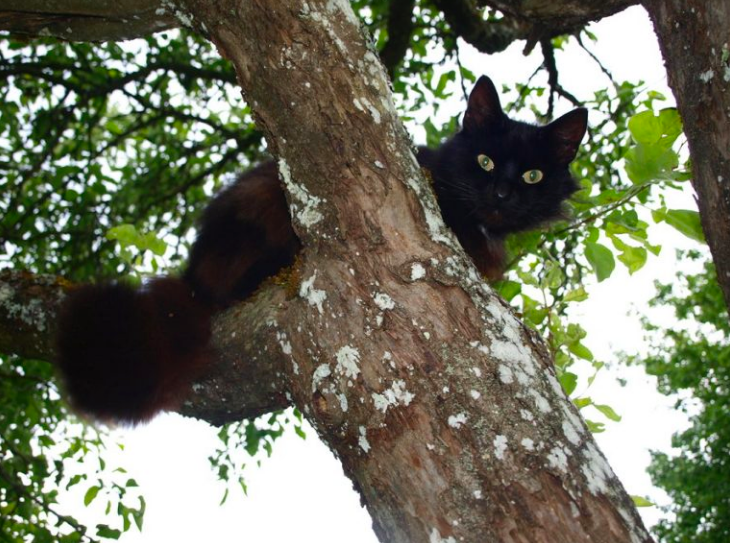 The cat was spotted by one of the caretakers in the early morning when they had gone out to see if Mäuschen had enough food. There they saw the cat hanging out on a tree branch without a care in the world. The caretaker immediately worried about what would happen once the bear spotted the cat. 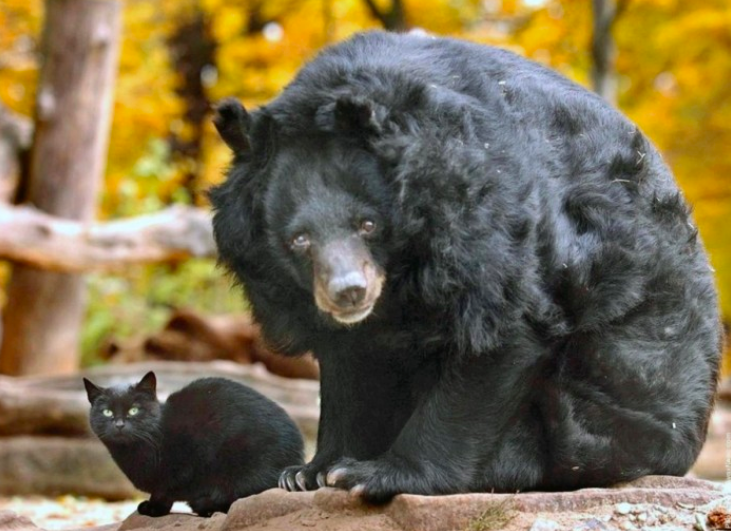 All of the staff stood by and waited for Mäuschen to notice the tiny cat in her home. Finally, the cat had been spotted and no one was sure of what would happen next. Then Mäuschen did something that shocked them all. 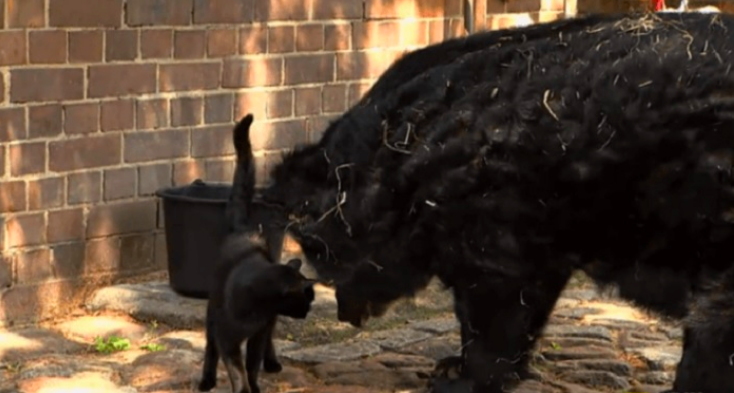 You see, instead of attacking the cat Mäuschen welcomed her new friend with open arms. The caretakers were in total shock as no one saw this reaction coming. The two became fast friends and couldn’t get away from each other. 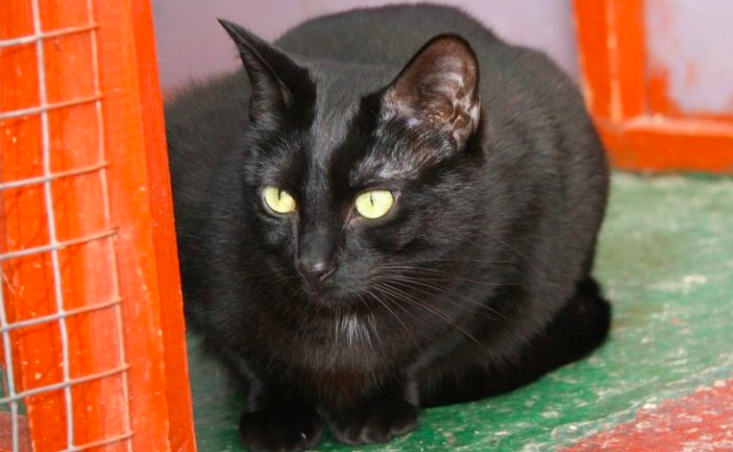 The two quickly grew a very strong friendship that many of us could even be envious of. Since the cat was spending so much time in the enclosure with Mäuschen they eventually named the cat Muschi. Then in 2007 the unthinkable happened. 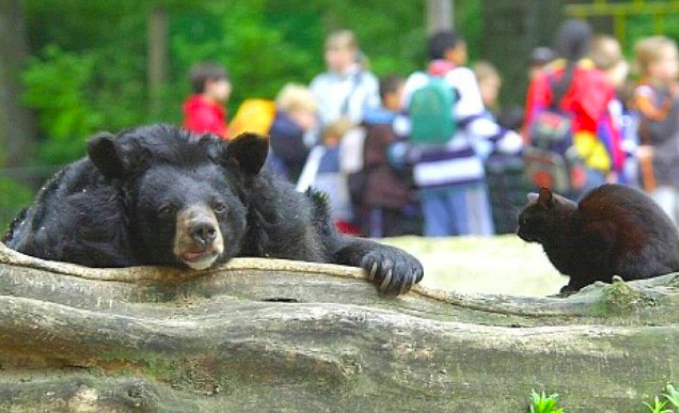 Image: Fellowship of the Minds

In 2007, the Berlin Zoo decided that it was time to expand their area. In order to do this, there would have to be a lot of construction done. While this was good news for Mäuschen’s living space, it wasn’t such great news for their friendship. 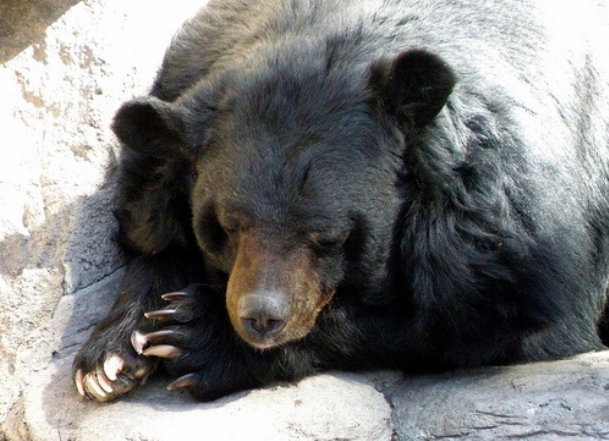 Since the construction was taking place, the two best friends had no choice but to separated during this time. The zoo couldn’t possibly keep both together because of their lack of space. It was an upsetting situation for everyone involved.

It was obvious to the zoo staff that both animals were deeply troubled by this change in their relationship. The zoo workers felt so guilty about having to separate the two of them but they knew that it was for a good cause. You won’t believe how Muschi would respond… 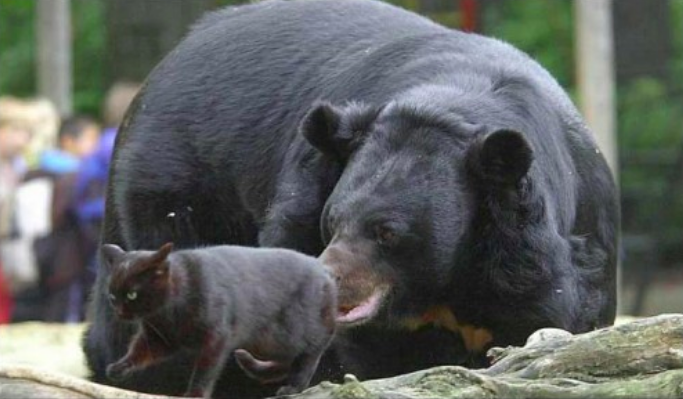 As the cat was very upset by all of this commotion, Muschi would often sit outside of Mäuschen’s cage and watch the bear. Muschi would ever let out the saddest little cat cry over not being able to be with her best friend. Everyone knew that they would have to reunite soon. 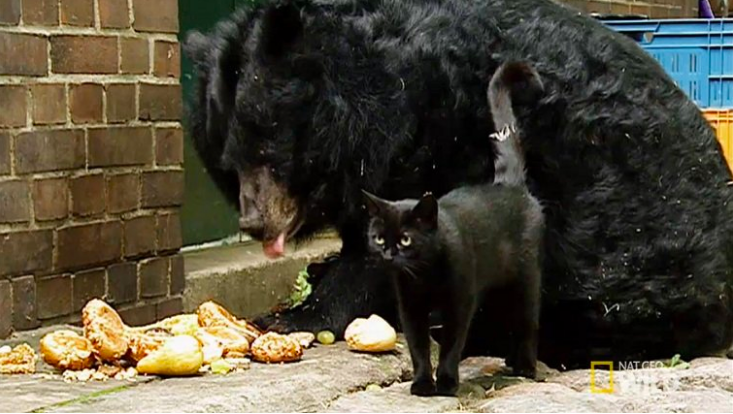 After some time the construction on the zoo was done. It was finally time for Muschi and Mäuschen to be reunited once again. Everyone was excited to see how the two would react upon seeing each other again. 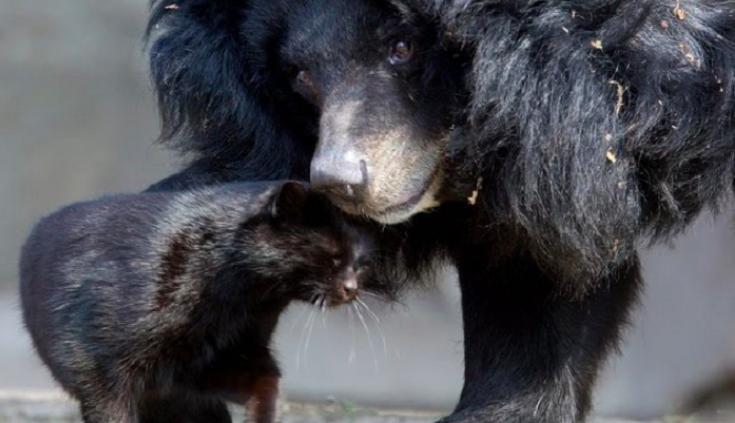 When the two finally reunited all you could feel was love in the air. They were so happy to be with one another again. Visitors coming to the zoo also enjoyed their friendship as it’s not one you’d see every day in the wild. 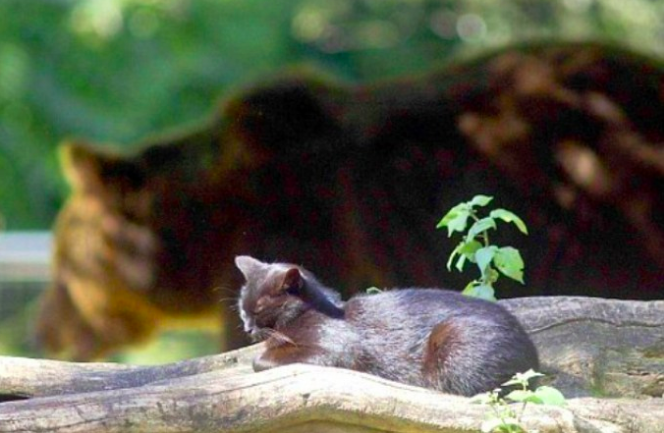 No one has any real idea why Muschi was so drawn to Mäuschen from the beginning. Workers have stated that Muschi just showed up one day and has never left since. It almost feels as if their friendship was determined by fate… 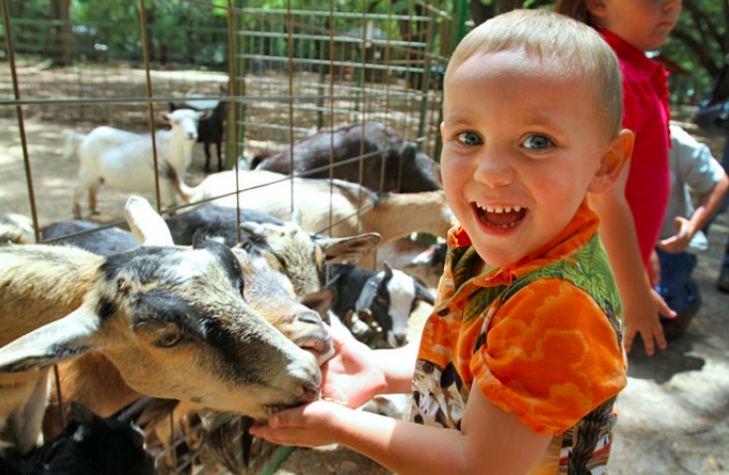 The friendship between these two is a serious reminder that friendship can be found in the most unlikely of pairings. Despite their natural differences and sizes, somehow a large black bear and a tiny black cat have managed to defy the odds and have a friendship that the world can awe at. 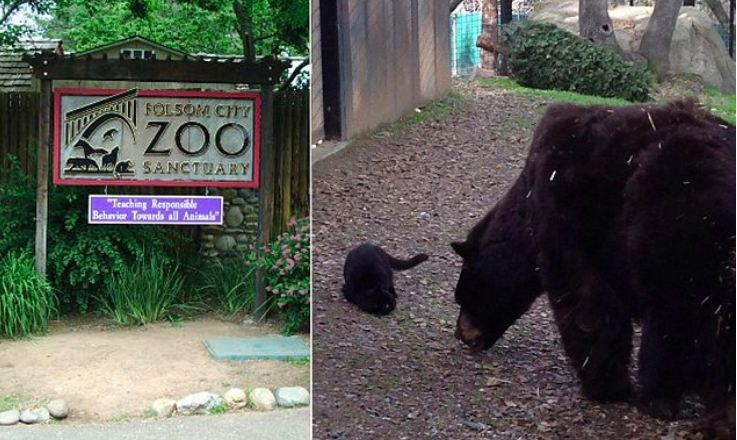 Interestingly enough, a friendship of this kind has happened before. A large bear became pretty good friends with a feline companion at the Folsom City Zoo sanctuary in California. Everyone was also blown away by the odd pairing there as well. 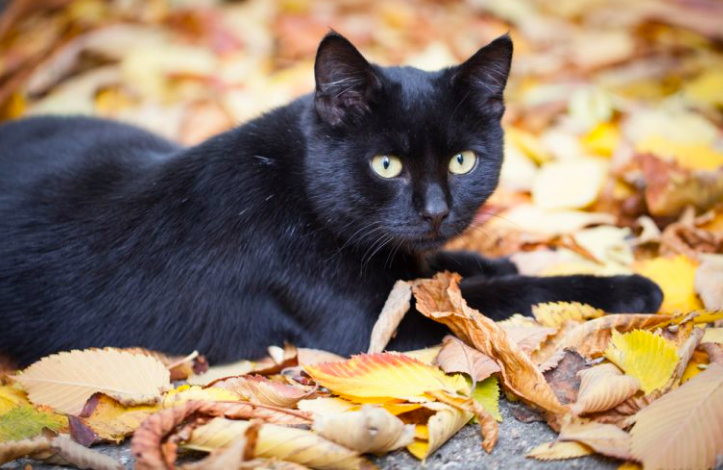 A black cat that workers called Little Bear made its way into the zoo’s bear enclosure, similar to Muschi. Workers were obviously worried but were especially blown away when the bear did not attack Little Bear and instead became friends with the black cat. 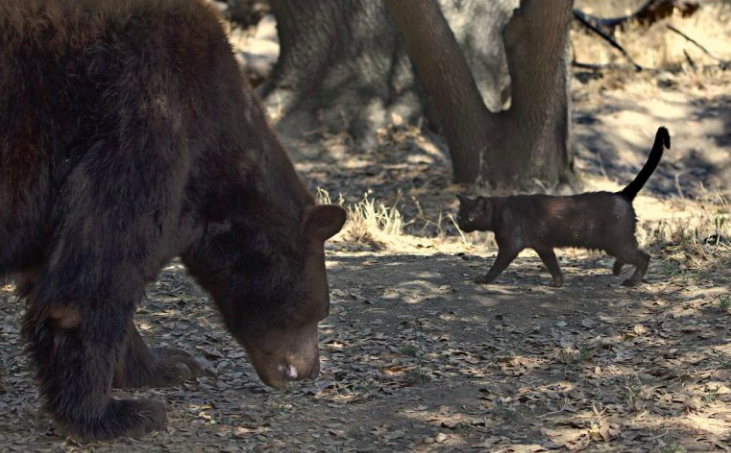 The cat would often stroll into the enclosure and steal the food that had been left out for the bear. Once the zoo staff started to realize what was happening, they began to leave out enough food for the cat as well. The friendship is unusual but the zoo staff loves the pairing. 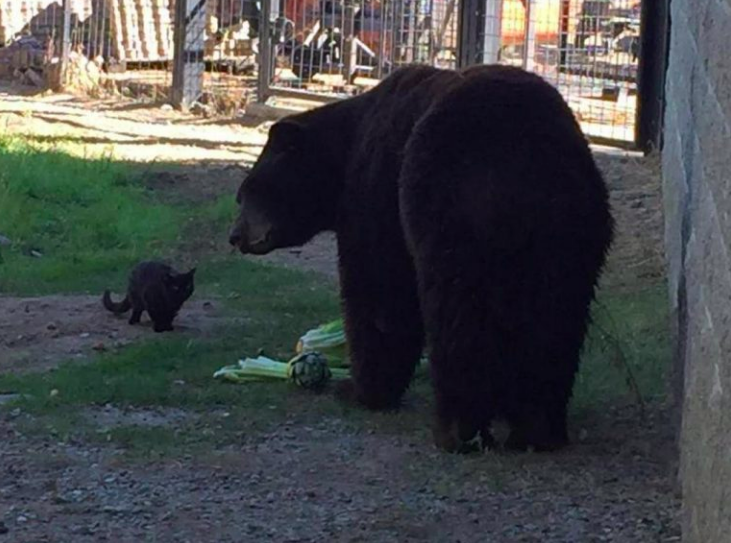 It seems that true friendship can be hard to find but these odd couples have managed to defy the laws of nature. It is truly a cute and also weird situation that makes one question our planet just a little bit more.