This Labrador retriever has been making waves all throughout the world and it’s for a pretty extraordinary reason! This cutie has been gaining international praise all thanks to her rescue efforts. After Mexico was struck with an earthquake, this Labrador got to work to rescuing people and her efforts did not go unnoticed. 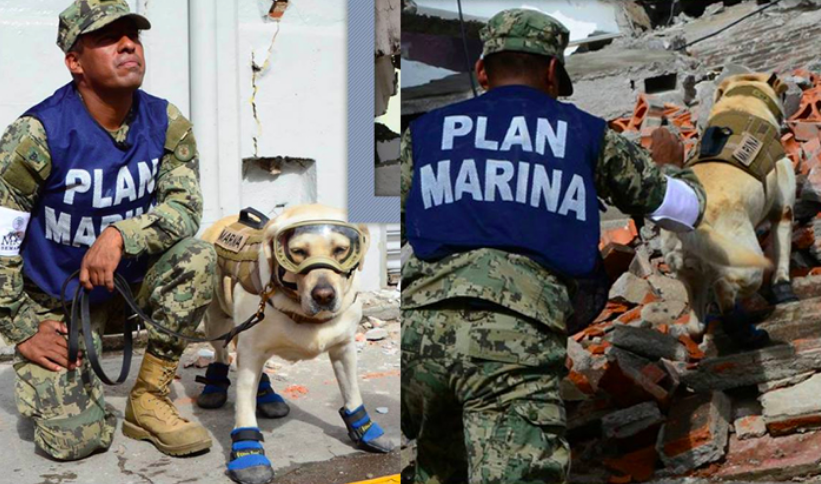 Meet Frida, the adorable Labrador retriever that is one of Mexico’s most well known dogs. She is the head of the Mexican navy’s Canine Unit and she doesn’t take her job lightly. In fact, she often goes above and beyond for her team. 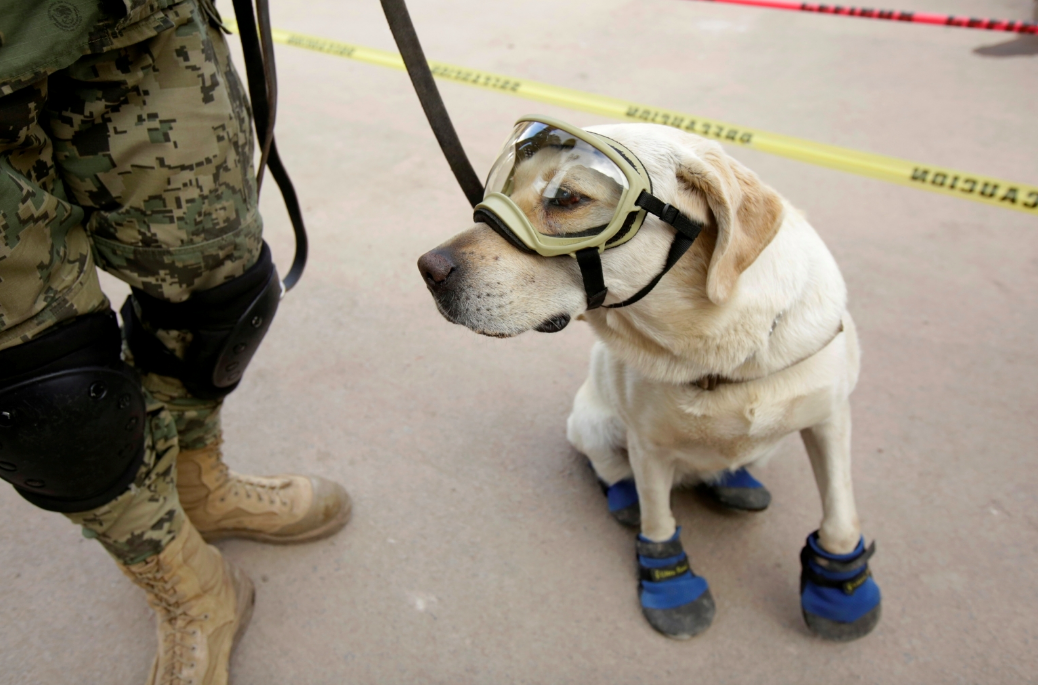 During natural disasters, Frida is the go-to for the navy. Dressed in protective goggles, boots, and a harness, Frida is always ready for action. The 7-year-old has been working with the navy since she was born. 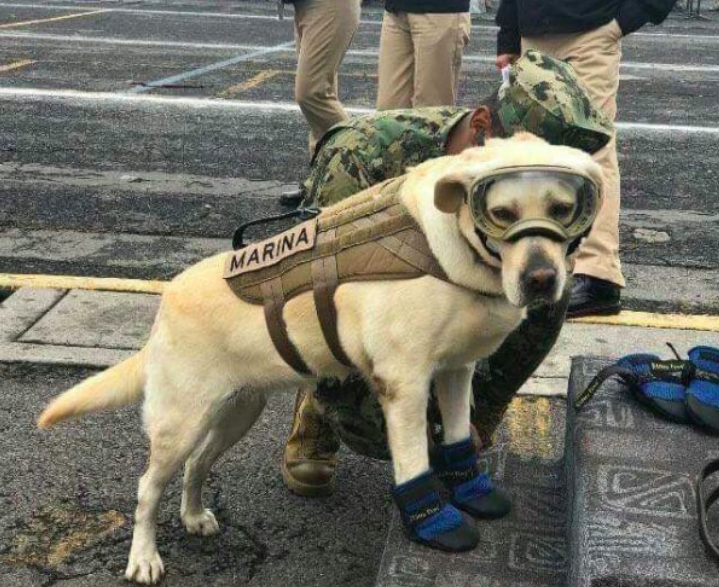 Frida has been working with the navy for 7 years and has accomplished a lot in that short amount of time. Throughout her career Frida has managed to detect the bodies of 52 people. 12 of those people are still alive to this day. 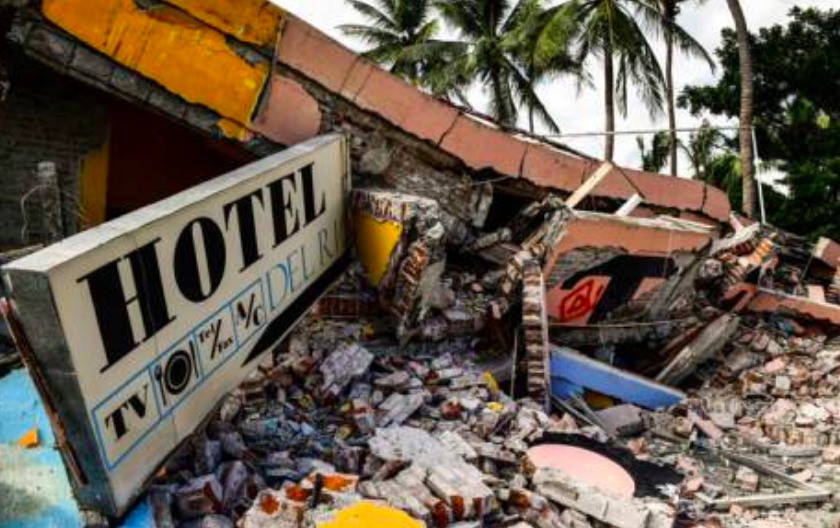 Recently. a pretty bad earthquake hit Mexico. The magnitude of the earthquake was a 7.1 and there was mass destruction all throughout the Mexican state of Oaxaca. Frida instantly went to work. 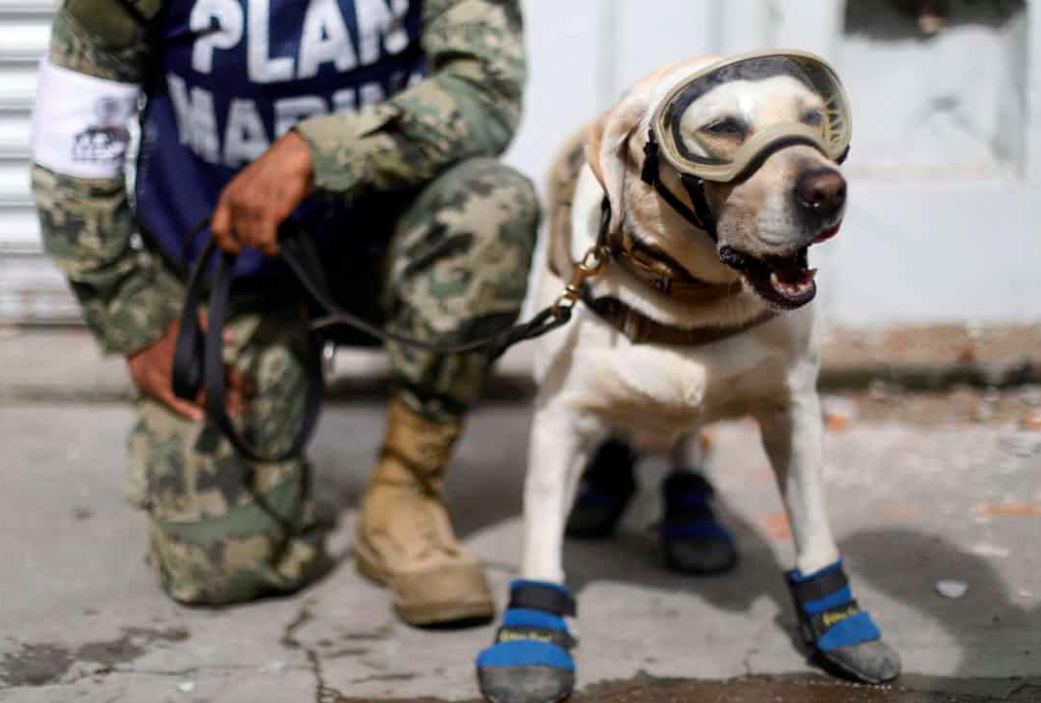 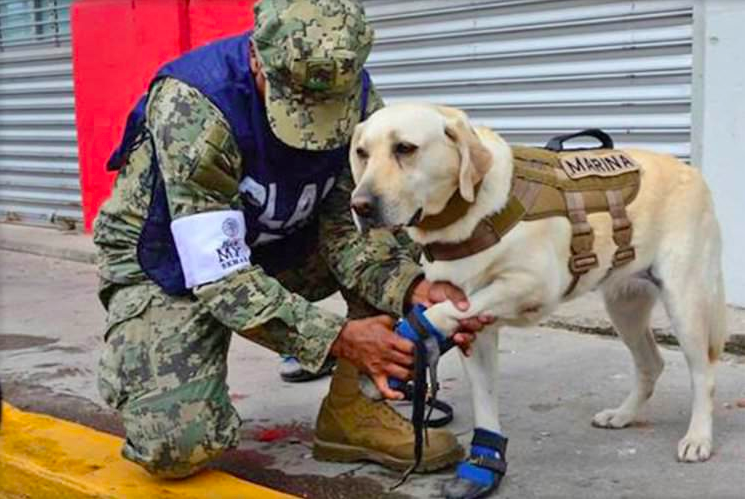 Frida and 14 other rescue dogs were put to work in Mexico City to find as many bodies as possible. The destruction was so terrible that it left at least 305 people dead. Devastation was in the air but Frida knew she had to keep looking for survivors. 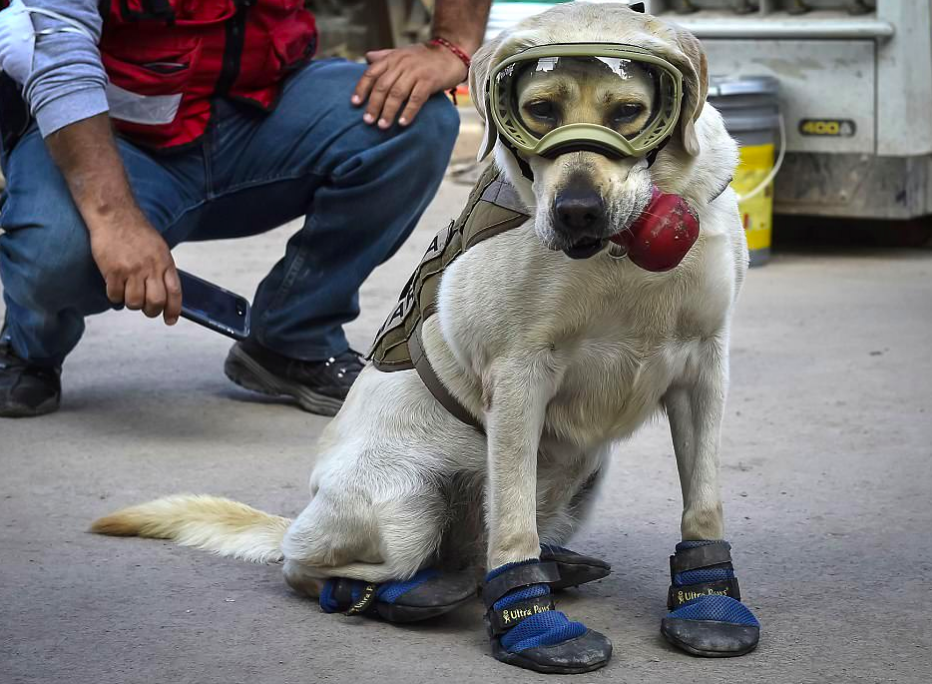 Although there were other dogs at the rubble site, none of them garnered as much attention as Frida did. What could it be that made Frida so special? Here are a couple of theories regarding Frida’s sudden worldwide social media fame. 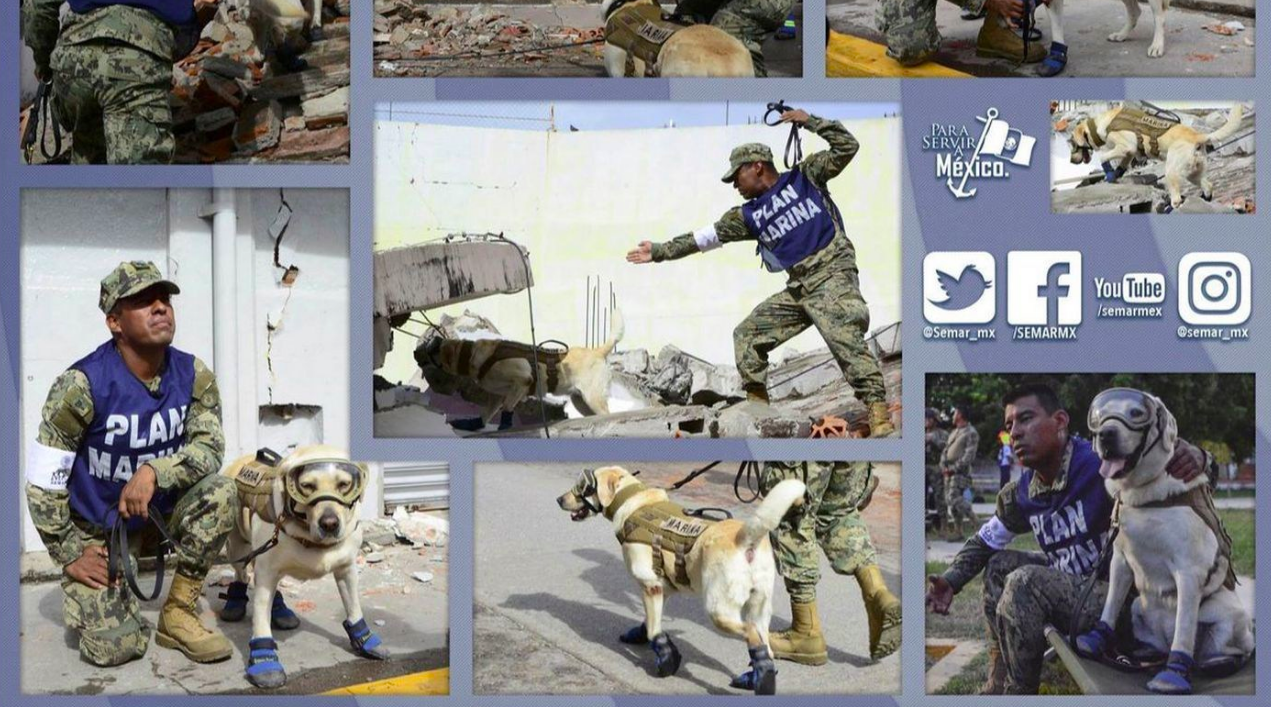 It all started with just one tweet shared by the navy’s official Twitter account. The navy had tweeted a photo collage of Frida putting in hard work and sniffing out bodies. At first it only received local attention but the tweet quickly began to do numbers. 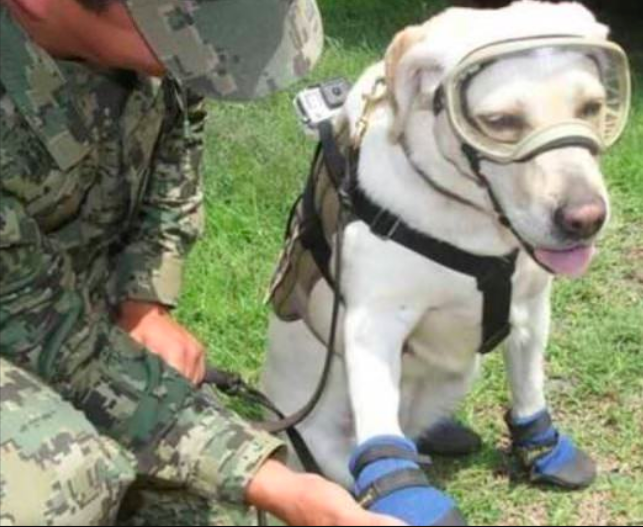 The post started to go viral without the Mexican community on social media. Everybody was praising the brave dog for her continued efforts.Then the office of the Mexican President tweeted something as well. 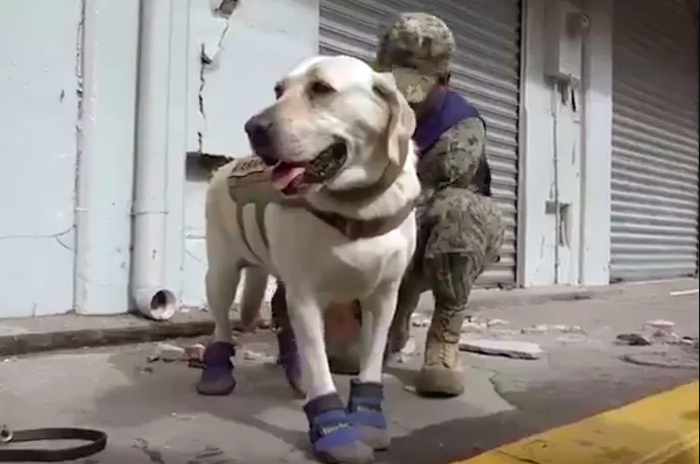 The office of Mexican President Enrique Peña Nieto recognized the hard work that Frida was putting in. So in order to honor her, the office tweeted thanks in her direction. This was when Frida started to become a real online sensation. 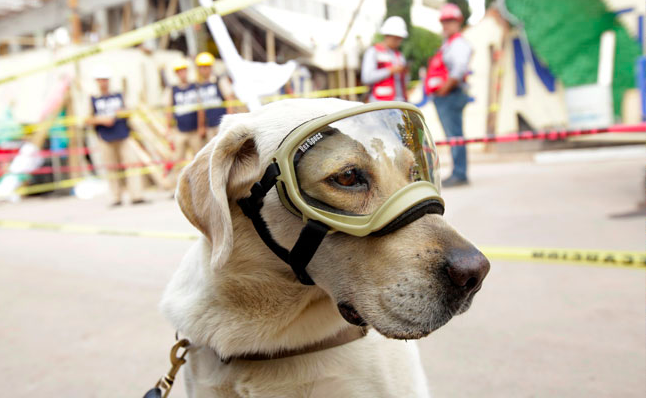 Eventually, the navy’s original tweet about Frida began to blow up. It received more than 4,000 retweets and about 7,000 likes. People from all over the world were in love with the tiny Labrador that was putting her life on the line for others. 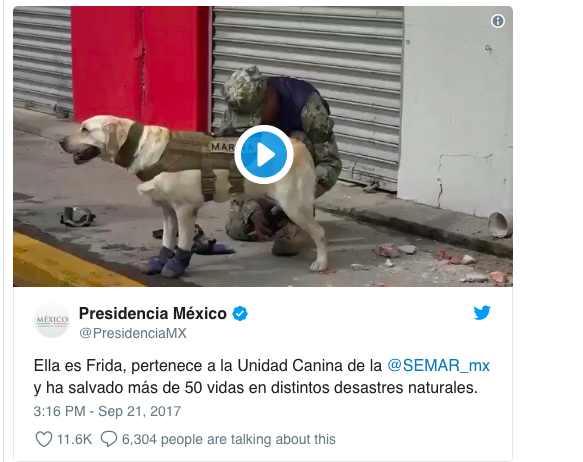 Then the President’s tweet started to pull in big numbers as well. The tweet read: “This is Frida. She belongs to SEMAR and has helped save 52 lives in various natural disasters at national and international levels.” The tweet got over 11k retweets and around 6,300 likes. 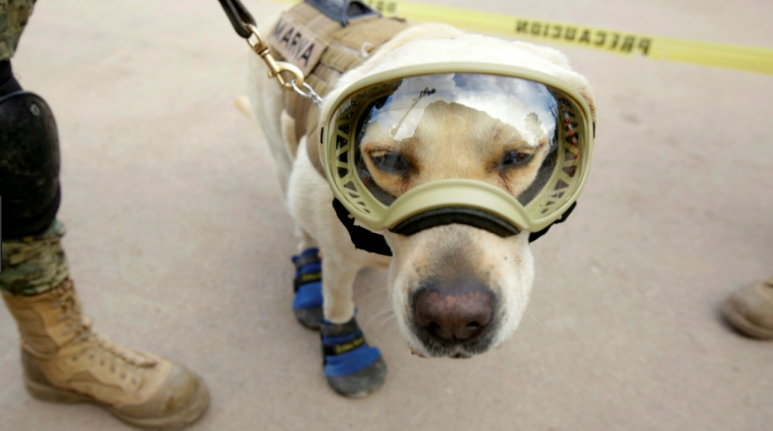 The online community could not get enough of Frida after those tweets went viral. People were calling her “a symbol of hope” and a “hero.” Some even offered to send more boots to Frida if she needed them, however, her and the rest of her dog squad have plenty. 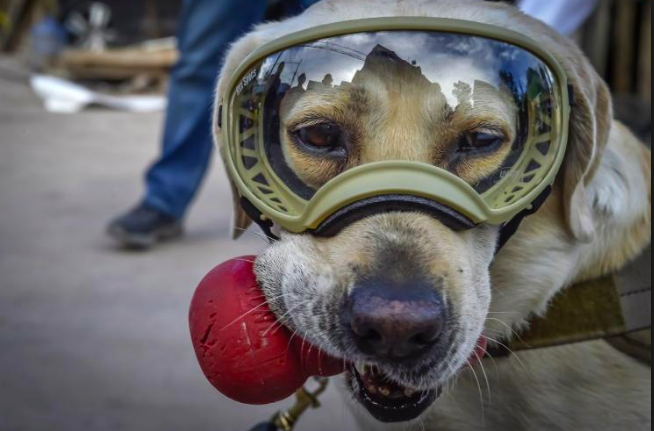 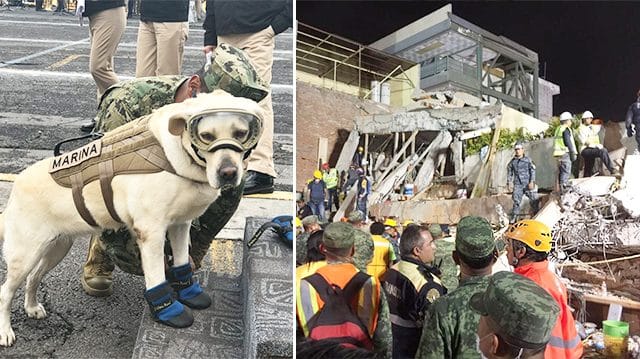 Here are some of the most encouraging comments left by fans:”She should rest a little. She has worked a lot. God take care of you, your work is not easy,” one user wrote. Another commented, “Now you know why they say that dogs are man’s best friend.”

Still some users had even crazier ideas for Frida, commenting:”Frida for president.” One man even commented suggesting that Frida replace the painter Diego Rivera on the 500-peso note. The man even attached a photoshopped version with his tweet. 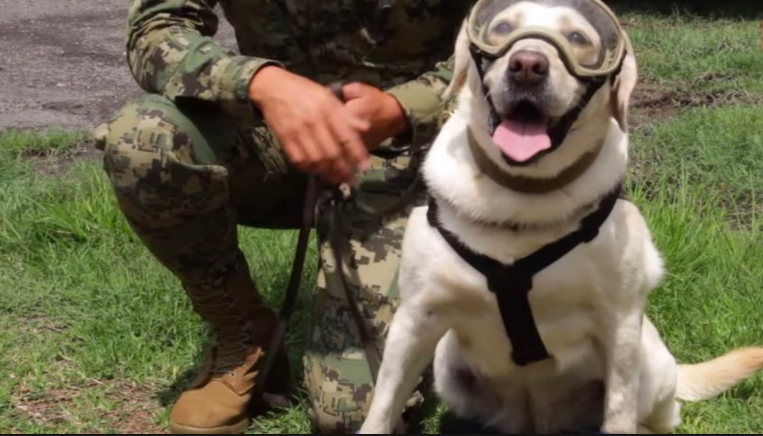 While Frida has enjoyed her time in the limelight, she is still as dedicated to her work as ever. Her and her team is still being sent out to scope out the area for more victims. This is still four days after the horrific earthquake occurred. 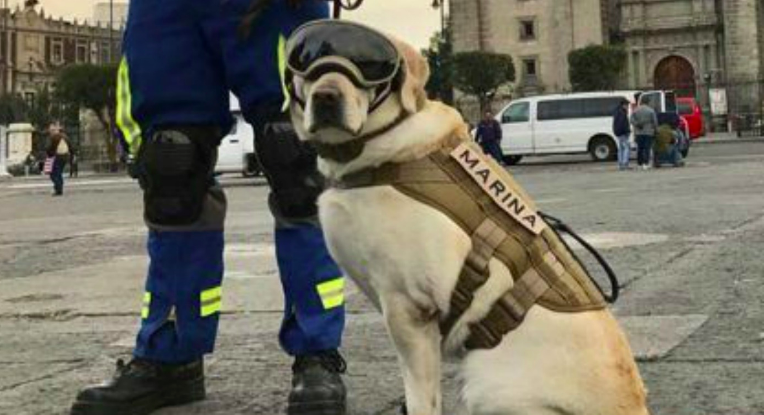 Since Frida is an older pup, she’s not always the first one sent into a dangerous situation. Many of the younger pups are brought in and are used to confirm if there are bodies or not. Frida is then sent in to double check their work as she has more experience. 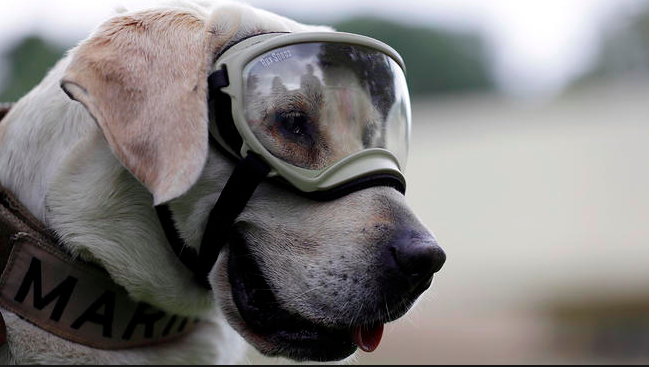 The dog’s have very specific responses that they learn during their training. The dogs will bark when they detect a sign of human life. However, they will stop in their tracks and cautiously proceed if they suspect that they have discovered a cadaver. 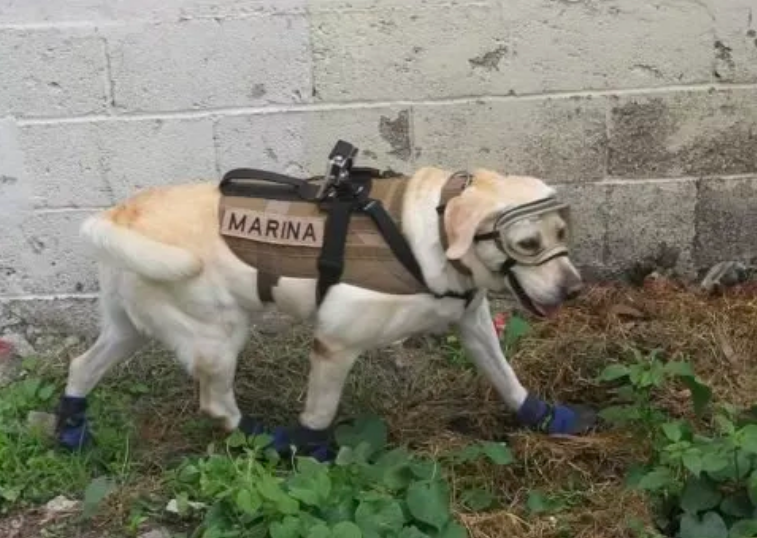 “They act afraid,” Frida’s handler, Israel Arauz Salinas said. “That indicates to us that there is a cadaver.” Frida’s continual efforts have helped out the community greatly and she often runs training courses for newly recruited dogs. 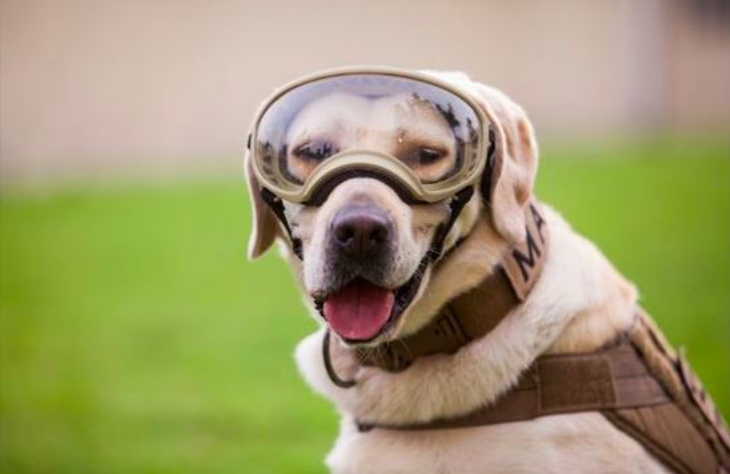 For now, Frida’s skills are going to be used to find more bodies during horrific circumstances. Luckily for her, her efforts have not gone unnoticed and she has earned the recognition that she so rightly deserves.