This Little Penguin Gets Tickled, Goes Crazy And Keeps Asking For More

If you thought being ticklish was exclusive to the human experience then you’ll be shocked by this story. This adorable little penguin can’t stop giggling and he’s become the biggest Internet sensation because of his happy disposition. You won’t believe just how easy it is to make him laugh! 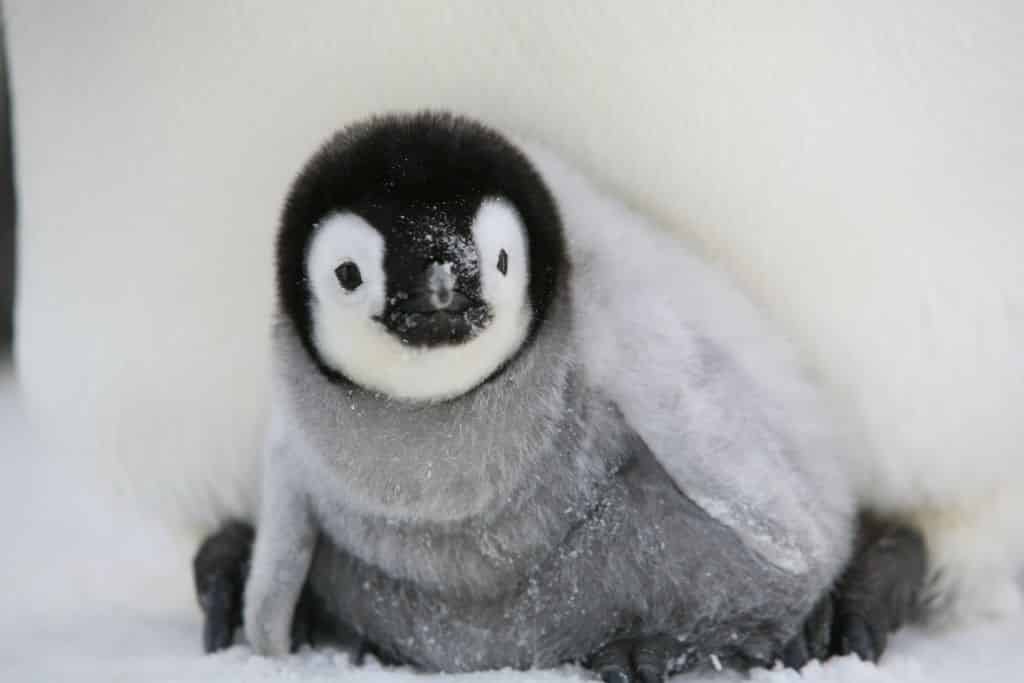 Penguins are one of the most recognizable species of birds. These flightless birds exclusively live in the Southern Hemisphere and are able to survive in the most unusual climates. The little fellow you are about to meet lives in a special place though… 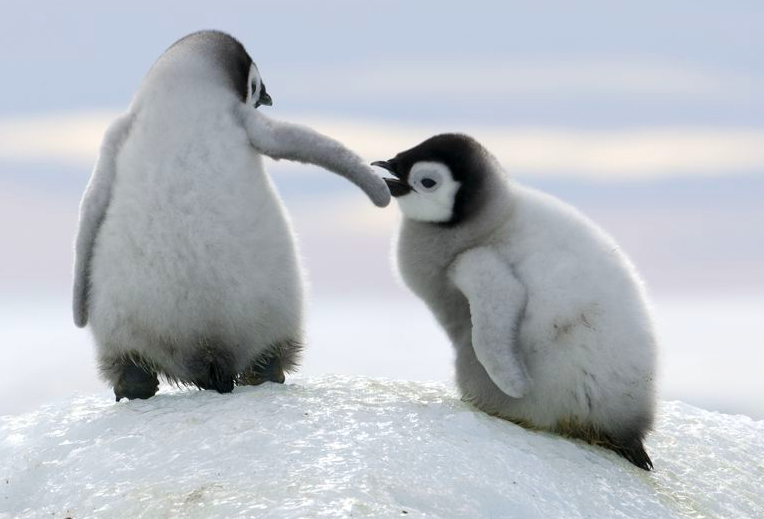 Penguins are so well known because they are insanely cute. Their fluffy little bodies and waddling ways make them the perfect animal to obsess over. After all, how many animals can compare in cuteness? 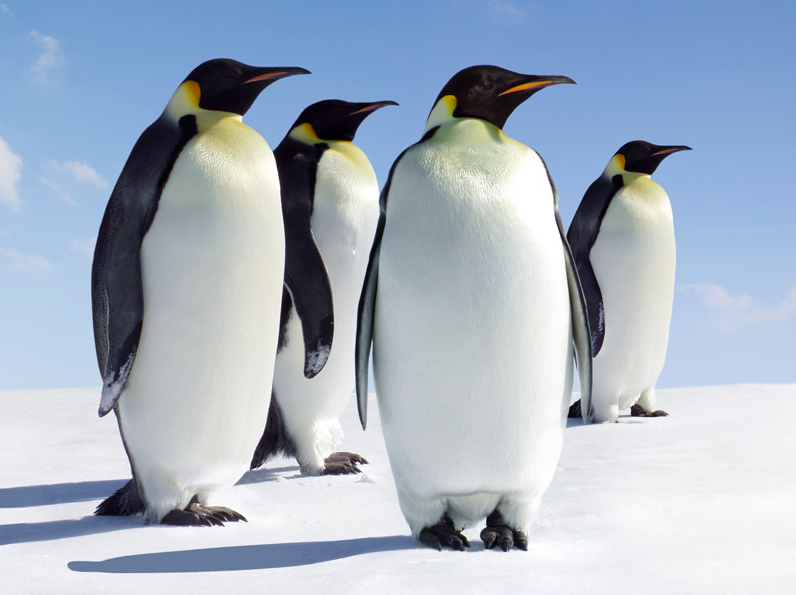 In fact, we find penguins so adorable that we’ve dedicated an entire day to them. January 20th is Penguin Awareness Day and the day is dedicated to showcasing just how amazing penguins are. That’s where YouTube comes into play… 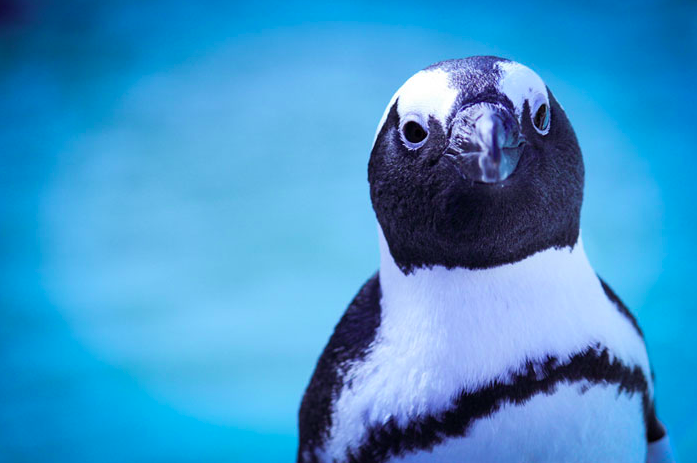 On Penguin Awareness Day you can find tons of adorable, funny, and quirky videos of penguins doing their thing. You can find baby penguins hatching from their eggs to emerge as a fluff ball or even find cheating penguins getting into trouble with their partners. But this little guy is the funniest of them all! 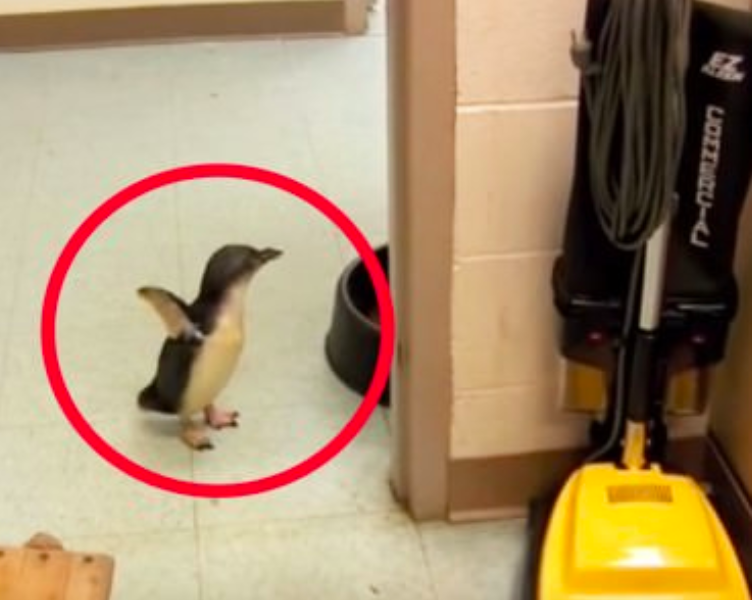 Amongst the entire penguin craziness is one video that went absolutely viral. The content of the video was so cute and funny that the Internet went crazy over it. Here’s a tiny penguin named Cookie. You won’t believe how cute he is… Here is Cookie the penguin. This tiny penguin became an Internet sensation after he was caught on camera doing the silliest thing. Most users couldn’t believe their ears when they first heard the sound. 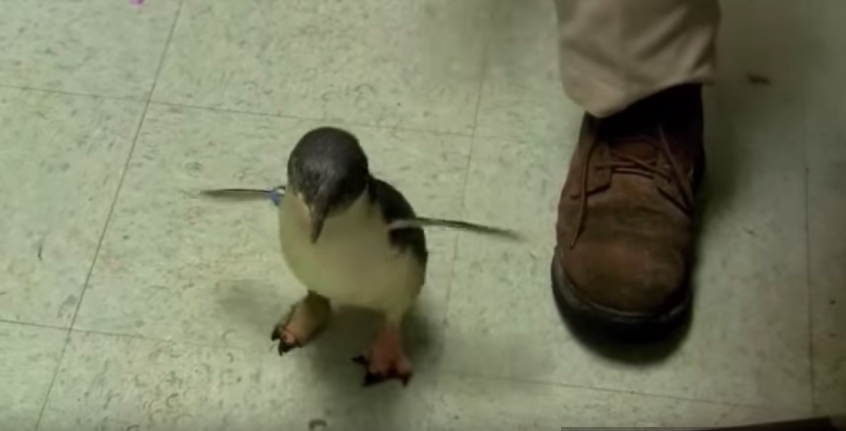 Whenever Cookie’s handler at the Cincinnati Zoo would give him a tickle, the penguin would let out an adorable giggle. The high-pitched giggles were so unique that everyone was blown away by the sound. The video received tons of views. 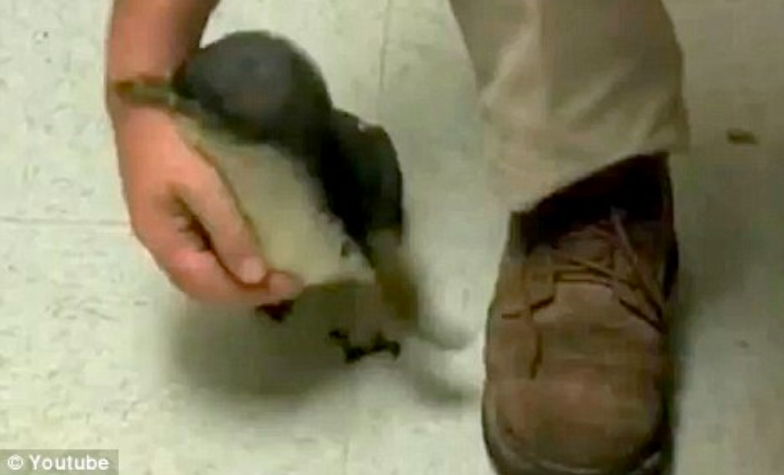 The video has gotten so popular that it has received over 500,000 views in a short amount of time. In the video, you can see Cookie flapping his wings about and tapping his toes while letting out a loud giggle. People couldn’t believe their eyes. Cookie is now officially the mascot of the Cincinnati Zoo thanks to his contagious laughter. His laugh and humorous personality has sent waves throughout the Internet. So what else do we know about Cookie? 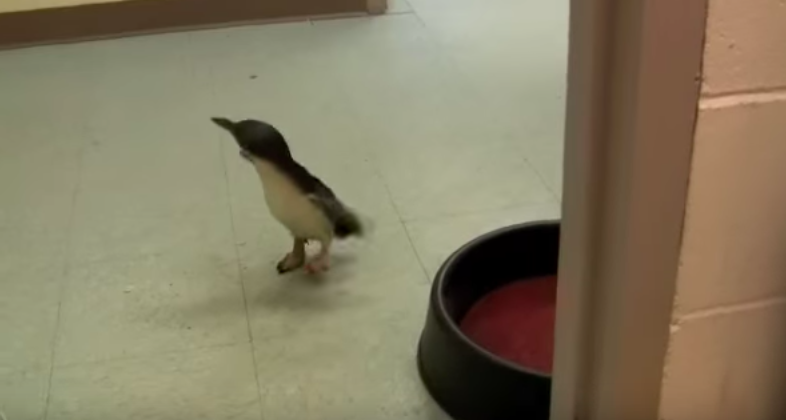 Cookie is a specific breed of penguin known as Little Penguin. This breed grows no larger than 12 to 13 inches tall. These penguins are pretty tiny and you can tell by Cookie’s stature in the video… 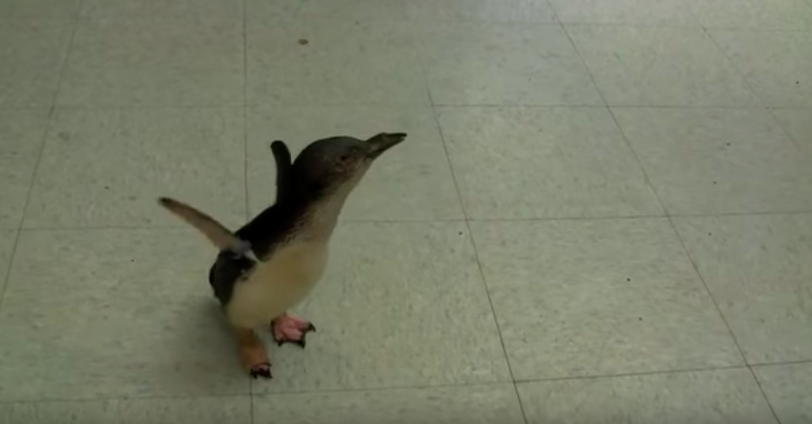 The video starts off with Cookie waddling over to his handler in an odd manner. You can see that his foot is bandaged and that the little guy is having a difficult time making his way over. However, his damaged foot didn’t stop him at all.

Once Cookie made his way over to his handler he quickly assumed his position. With his back facing the handler, he edged a bit to the left and then to the right. He leaned forward and waited for the tickles to come! Cookie was super excited to be receiving a ton of tickles on the back of his neck. The real excitement started to show when the handler began to tickle his belly. This little penguin couldn’t get enough of the tickles at that point! 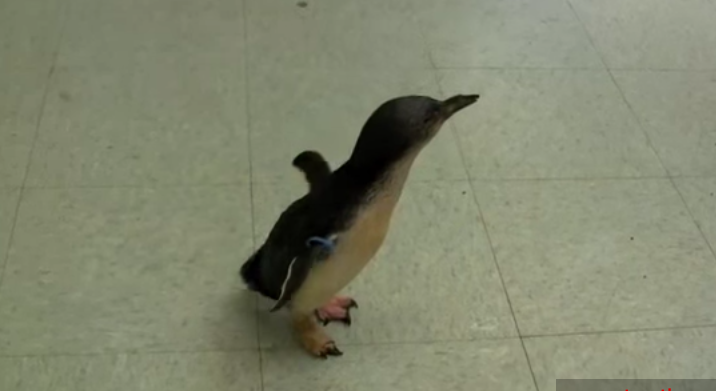 The most amazing part of the video is the fact that Cookie is so enthusiastically happy despite suffering from an infection known as bumblefoot. This produces swelling, redness, and a reluctance to walk because of the pain it produces to the foot. Despite having a bandaged foot due to an infection, Cookie still ran over for his daily tickles. Not only that, but he also continued to wag his little tailback and forth in true excitement. You can feel the happiness radiating off of the tiny bird. To add an even more fatal ingredient to this already adorable mixture, Cookie also begins to do something even cuter. It seems that the more excited he gets, the more he starts to break out his dancing skills. Cookie starts to show off his tap dancing skills while being giddy about the tickles. As the video continues, you can clearly see Cookie flapping his wings around wildly. He even begins to run around in circles, unsure of what to do with all of his extra excitement. His emotions are as human as they can get and that may be why he became such a viral sensation. 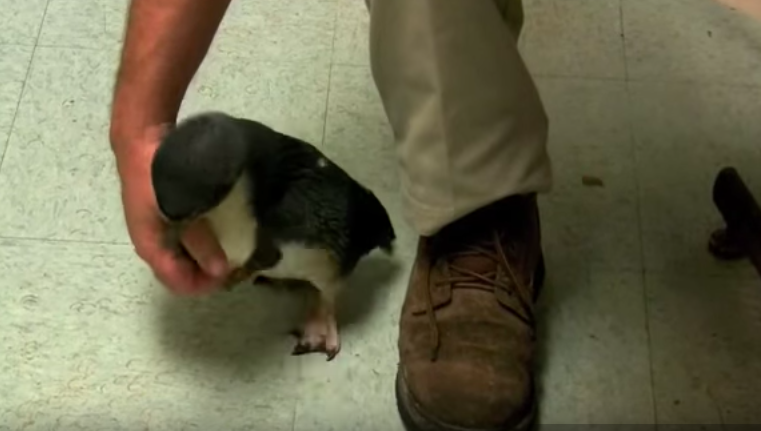 Cookie’s funny little movements and hilarious laugh have won over the hearts of many. The person that was filming the entire interaction stated that she was happy to have ‘finally got that on tape.’ Life for Cookie is still going pretty swell… 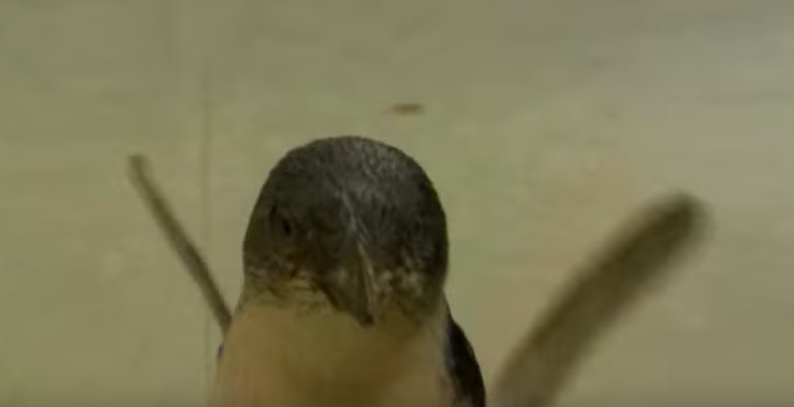 Cookie is still enjoying his life at the Cincinnati Zoo and is as happy as ever. He still loves getting his daily tickles and his internet fame has shot up even more. His video now has over 15 million views on YouTube alone. Thanks to his positive disposition and sweet tap dancing skills, Cookie has become an Internet icon and the mascot of the Cincinnati Zoo. It is truly heartwarming to see an animal enjoy something as simple as a tickle. Be sure to share this sweet story with all of your friends and family!