Big Whale Approaches Fishermen For Help, Thanks Them Later

These men were out for a relaxing day of fishing when the unthinkable happened. Approached by a huge whale, they needed to think quickly to make it through the situation. The whale continued to approach them and the men quickly realized why, and it was unbelievable! 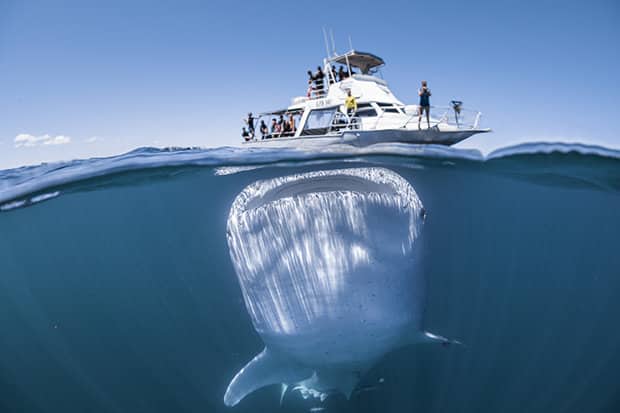 Ivan Iskenderian and Michael Riggio were out on their usual fishing trip. The two were making their way back home through Middle Harbor in Sydney, Australia. Their fishing day had been unsuccessful and they were ready to call it quits. Until this happened…

The two were directing the boat back home and were going through the harbor’s Roseville boat ramp. However, the two began to grow suspicious that someone or something was following them and they weren’t the only ones to notice… 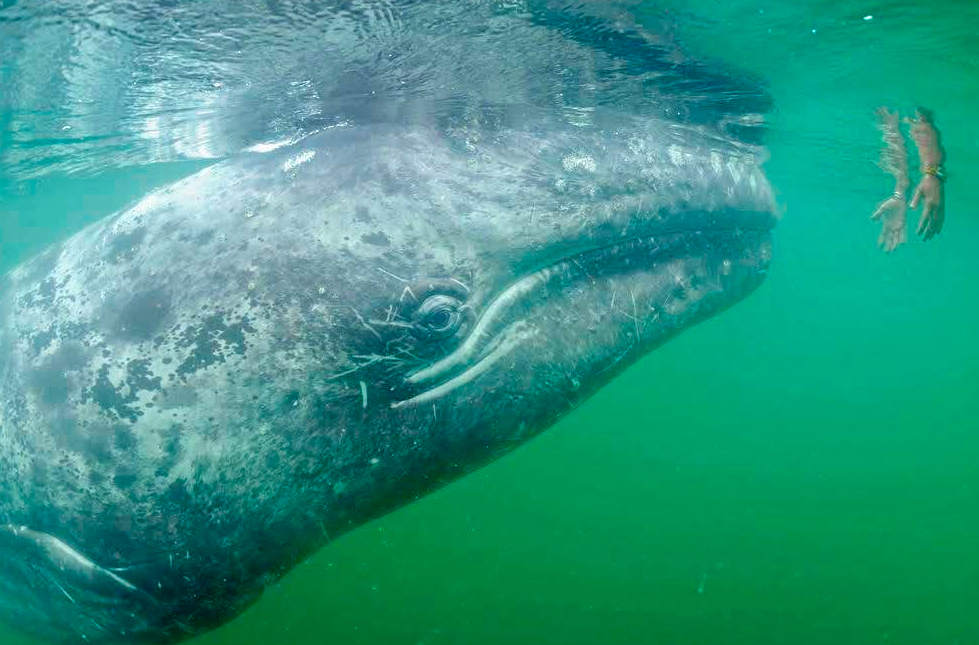 All of the boats in the vicinity quickly realized what it was: a whale. A whale had been spotted in the area a few days ago and now it was up and close to Iskenderian’s boat. The whale was a few inches away, but something was wrong… 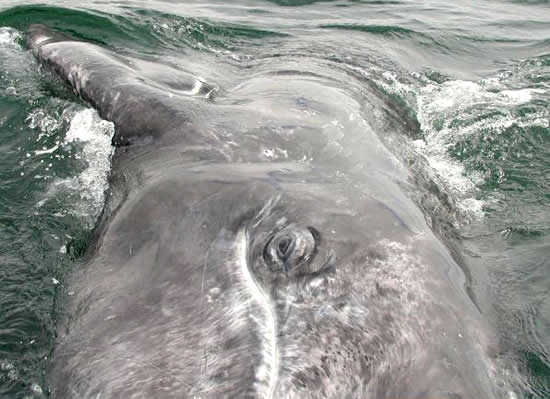 “He was just hanging around, bringing his eye out of the water and looking directly at us,” Iskenderian told The Sydney Morning Herald. The two men were so close to the whale that they could hear it breathing in the water. It was an astonishing sight! 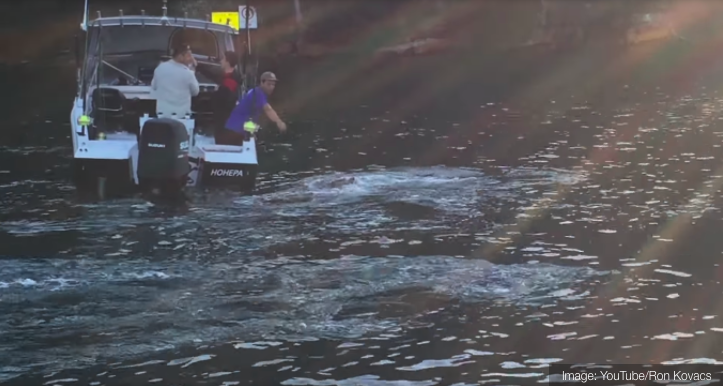 When describing the sound of the whale, Iskenderian was quoted saying it was, “immensely loud.” The whale was acting unusually and the men noticed that it kept popping its head in and out of the water. The men then realized that the whale was in need of help. 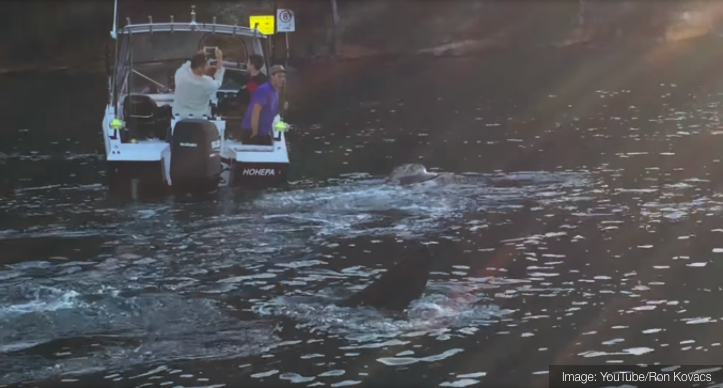 “He came up to the boat a couple of times, putting his head out of the water,” Iskenderian explained to the paper. It was clear that something was wrong, but they just couldn’t understand what. Until they got a closer look! 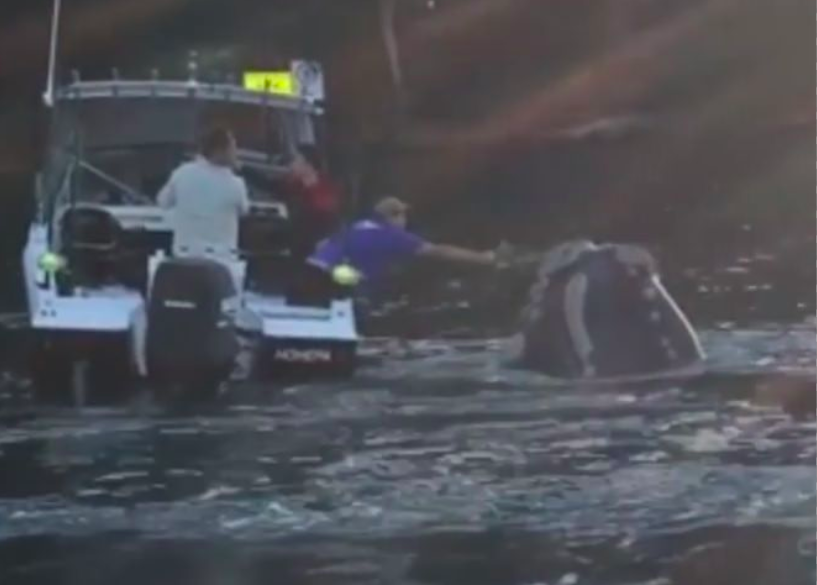 Even though whales in that area are pretty accustomed to people, it was very weird that the animal got so close to the boat. It was very unlikely that the whale just wanted to say ‘hi’. Something was wrong and they had to find out what! 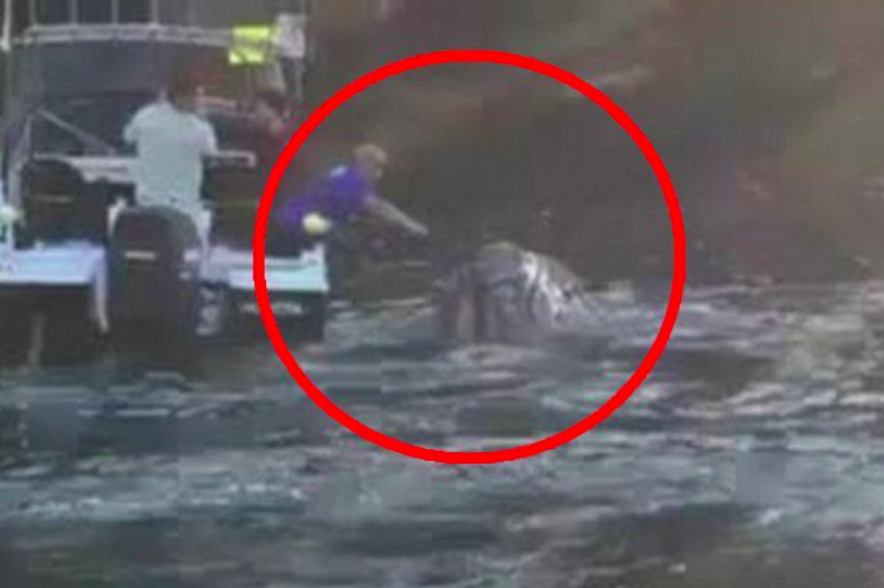 One of the men decided that he wanted to help the poor animal in any way possible so he got closer. When he took a closer look, he finally understood what the whale wanted! 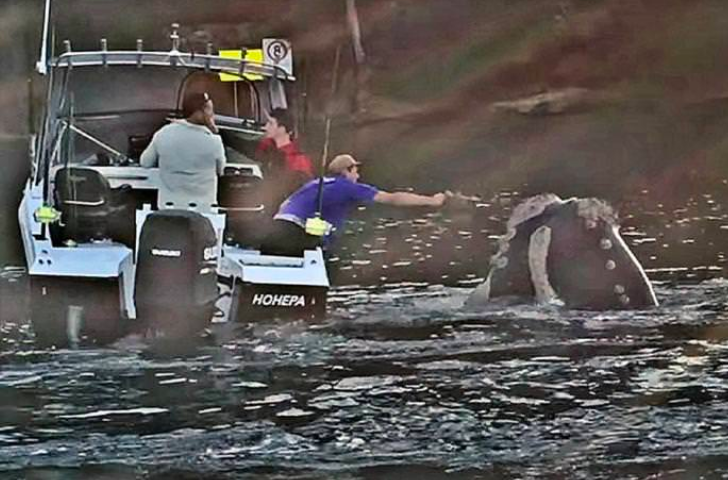 “There was a plastic bag and fishing line sitting on the side of his mouth. It seemed like he wanted it taken off.” The man reached his hand and when he touched it… 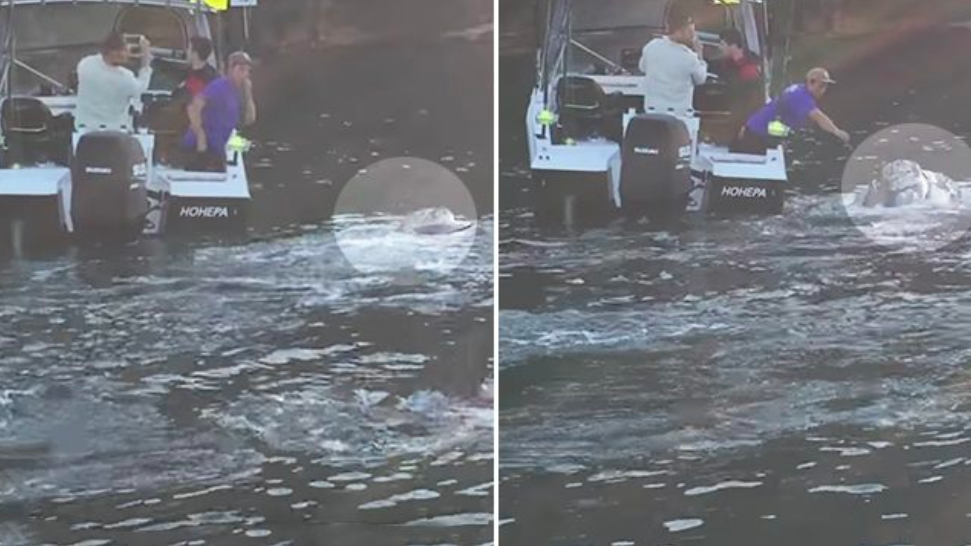 “So I dropped my phone, reached over and just grabbed it,” Iskenderian said. The fishermen were naturally nervous but couldn’t leave without helping out. “It was a bit daunting,” Iskenderian confessed. “But the whale was very calm.” And then, something amazing happened! 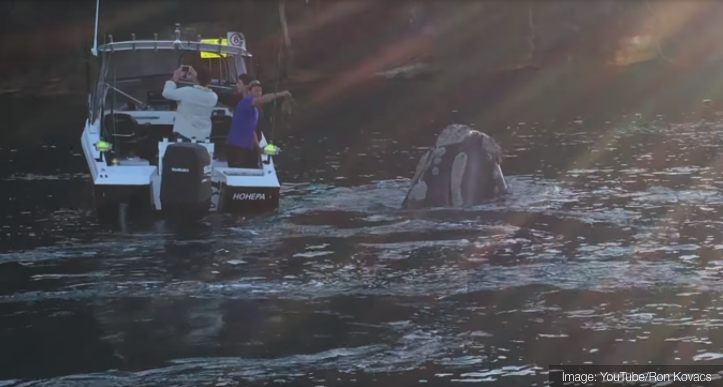 Iskenderian was able to successfully remove the plastic bag from the whale and the whale was certainly grateful. The whale began to slap his fin across the surface of the water to show his gratitude. “Apparently, that’s what they do when they’re relaxed,” Iskenderian said. 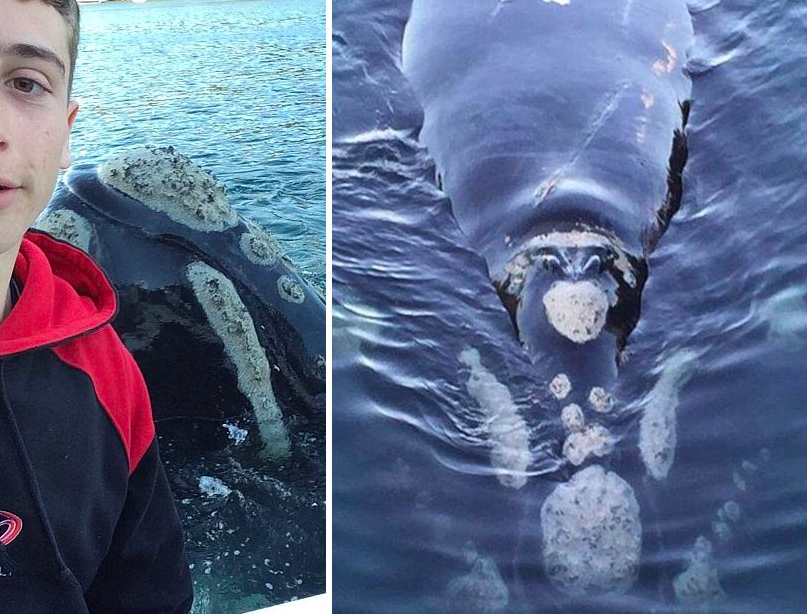 “It seemed quite happy; it could have been a kind of thank you,” Iskenderian recounted. While not much is known about the whale they were able to figure out the type of whale. It was certainly a southern right whale due to its white growths on its head. 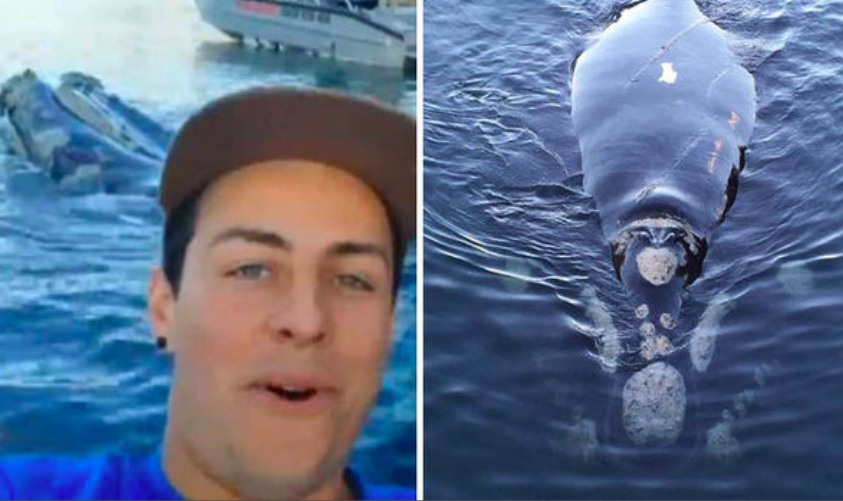 The reason southern right whales have white callosities is because of the shrimp that stay on their body. This whale species is quite passive and friendly and will often approach boats out of curiosity. 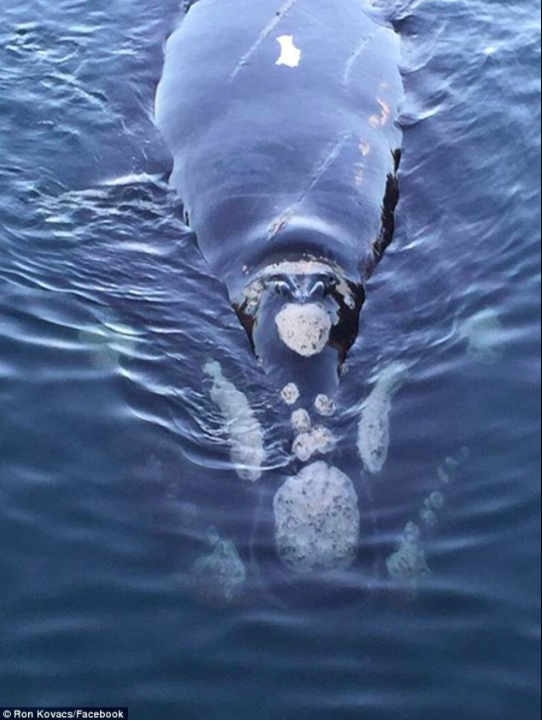 Since the southern right whales are known for being so friendly it has also made them a target for whalers. The poor whale’s population has been depleting since the 19th century. Fortunately, laws were put in place to protect the remaining whales. 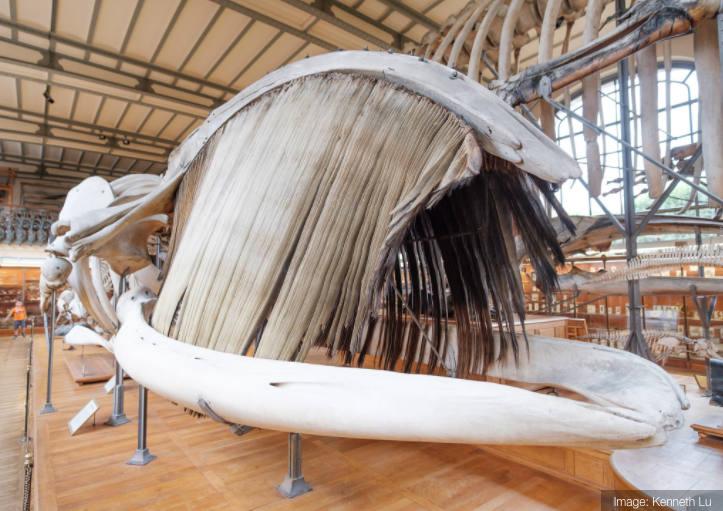 A ban was placed on the hunting of southern right whales. While the law did manage to decrease the number of whalers hunting out the species, it didn’t stop it all together. The news was received that both the Soviet Union and Japan were still killing off the whales. 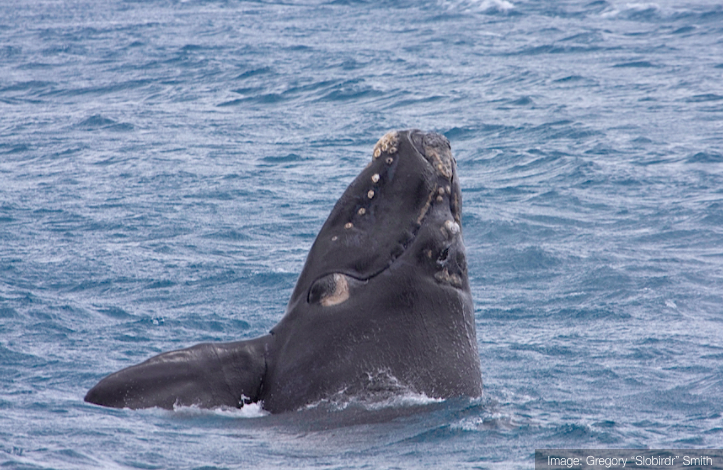 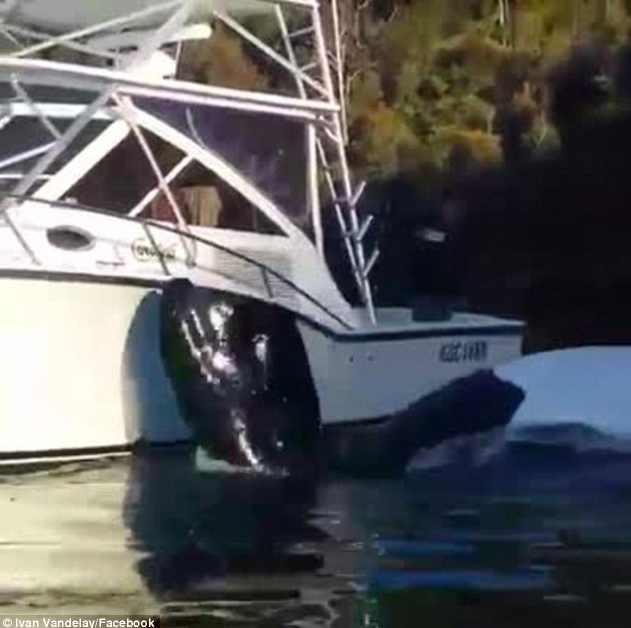 So did the whale actually come for help? Whale specialist Geoff Ross has stated, “It is bizarre, really unique behavior for a wild animal, particularly for its size. But they are quite intelligent.” 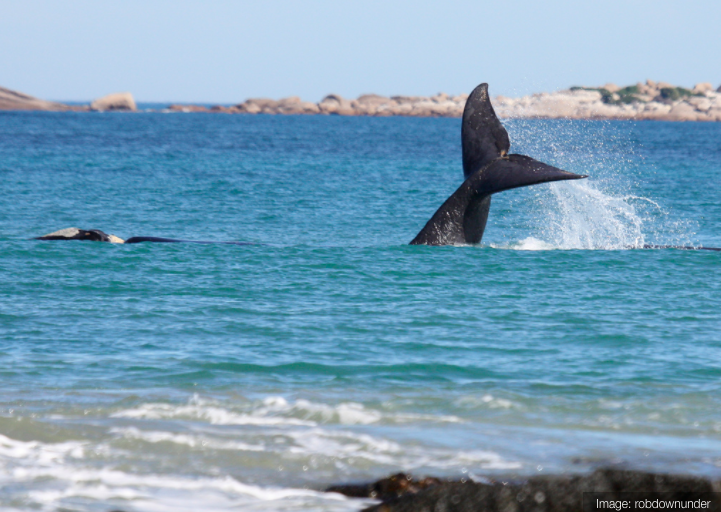 “I liken them to cows, because they’re quite calm and happy most of the time,” Ross explained. “But they will respond in a very aggressive fashion if they feel threatened.” 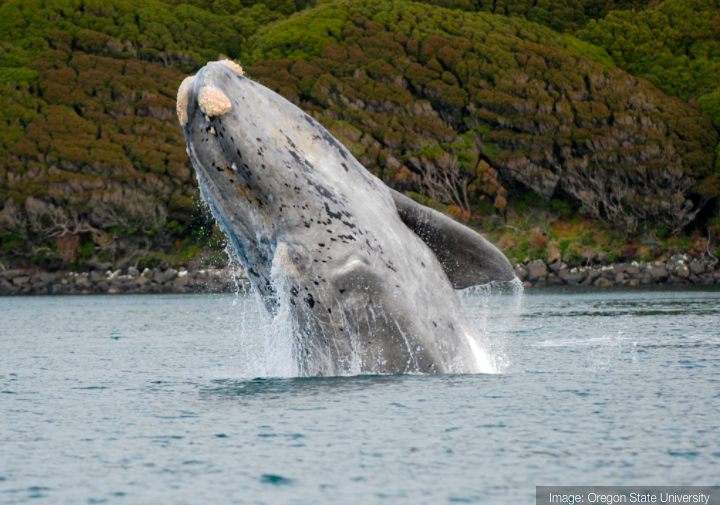 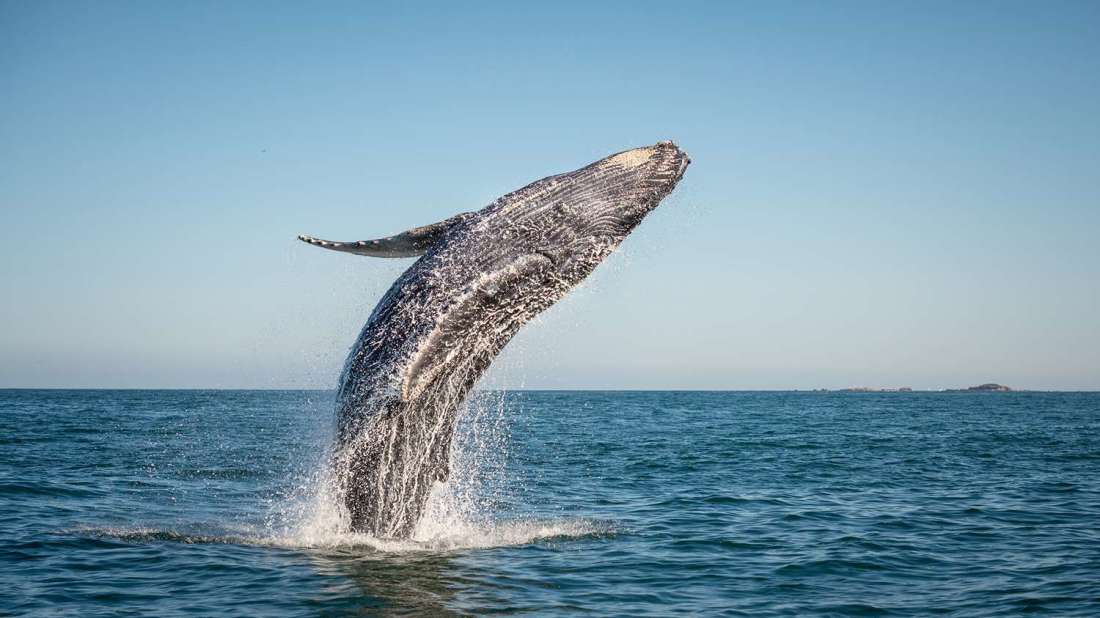 As for the two men they were pretty happy to have had contact with such a majestic creature. “I was pretty stoked I actually [helped] it,” Iskenderian said. “It was pretty good. A couple of people were clapping… that’s my good deed done for the day.” 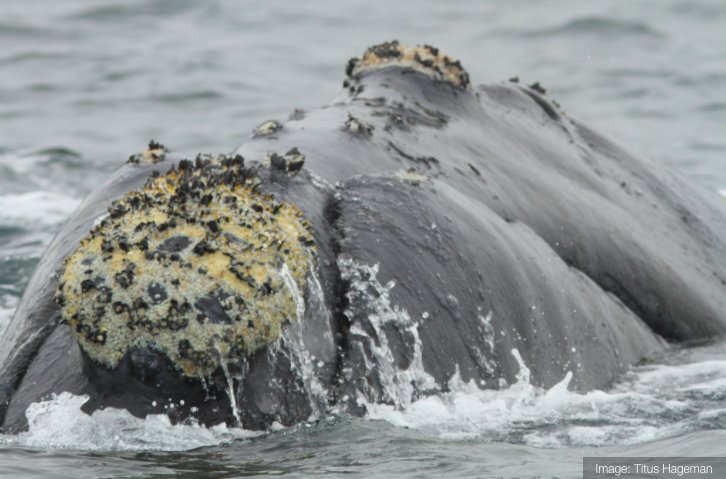 The whale was so grateful that it hung around for a bit of time. The other fisherman, Riggio, took this as the perfect opportunity to take a photo. He snapped a perfect selfie with the whale in the background. 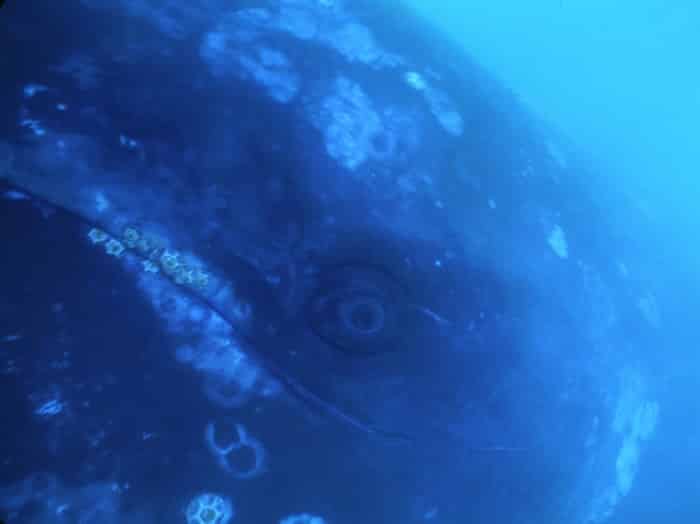 “It wasn’t fazed by us being there at all,” Riggio said. “I took a selfie when it popped up. It was definitely a once-in-a-lifetime thing. I never thought I’d be that close to a whale.” 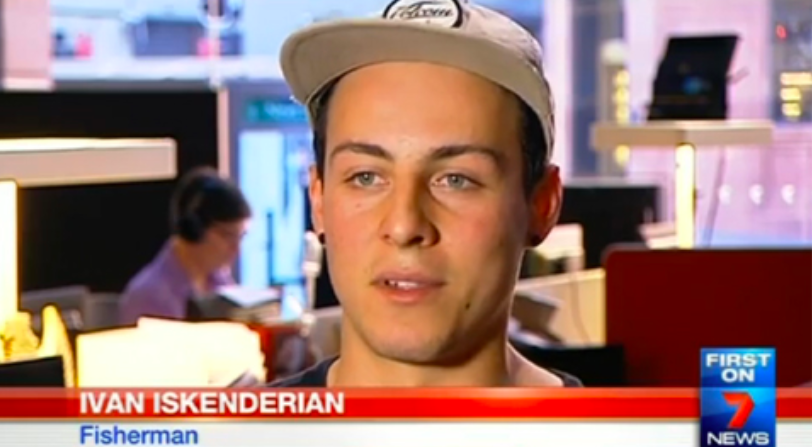 It was amazing that these two fishermen were able to figure out a way to help this poor whale that needed it. Hopefully, more humans will continue to treat these wonderful whales in the best way possible so that they can continue to reproduce and grow bigger as a species once more.