Bear Tortured For Years By His Former Owners Is Finally Free

This bear has spent a majority of her life living in a manmade h***. Trapped inside of a torture vest, the only life she knew was that of pain and suffering. Finally, animal rescuers were able to come to her help and in the process, they exposed the most horrific “farming” conditions. 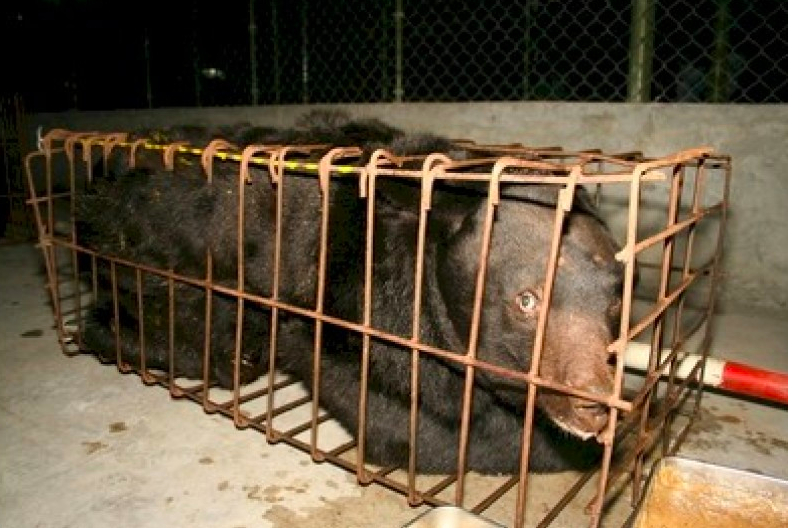 Bile farming is a popular method used in Chinese medicine. Since bear bile is high in ursodeoxycholic acid (UDCA), a component that helps treat gallbladder and liver issues, many bears are tortured in order to extract this element. 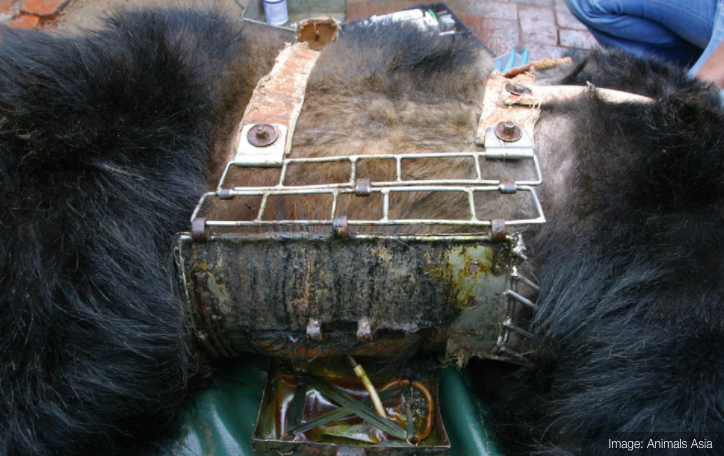 When bile was first being extracted from bears, hunters would simply kill the bears and remove the gallbladder. The 1980s changed the method extremely. Bears were kept in horrific conditions and had their bile extracted day by day until they died. 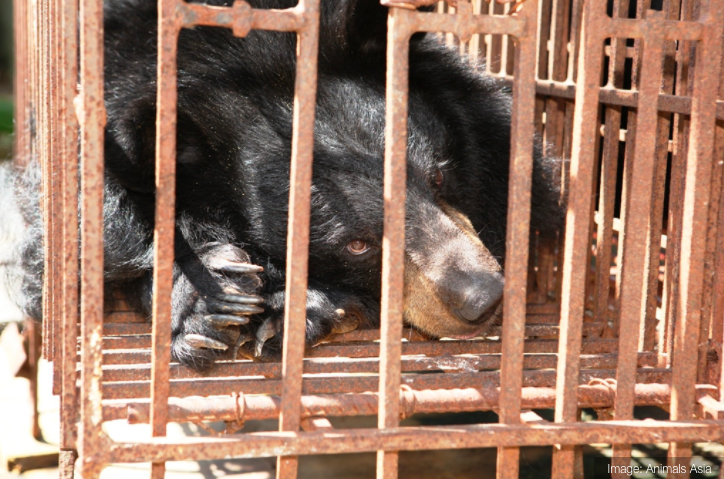 The bears are kept in horrible conditions and the entire process messes up the bear’s psychological and physical conditions severely. One of the worst ways used to extract the bear’s bile is the use of a metal jacket also known as a “torture vest”. 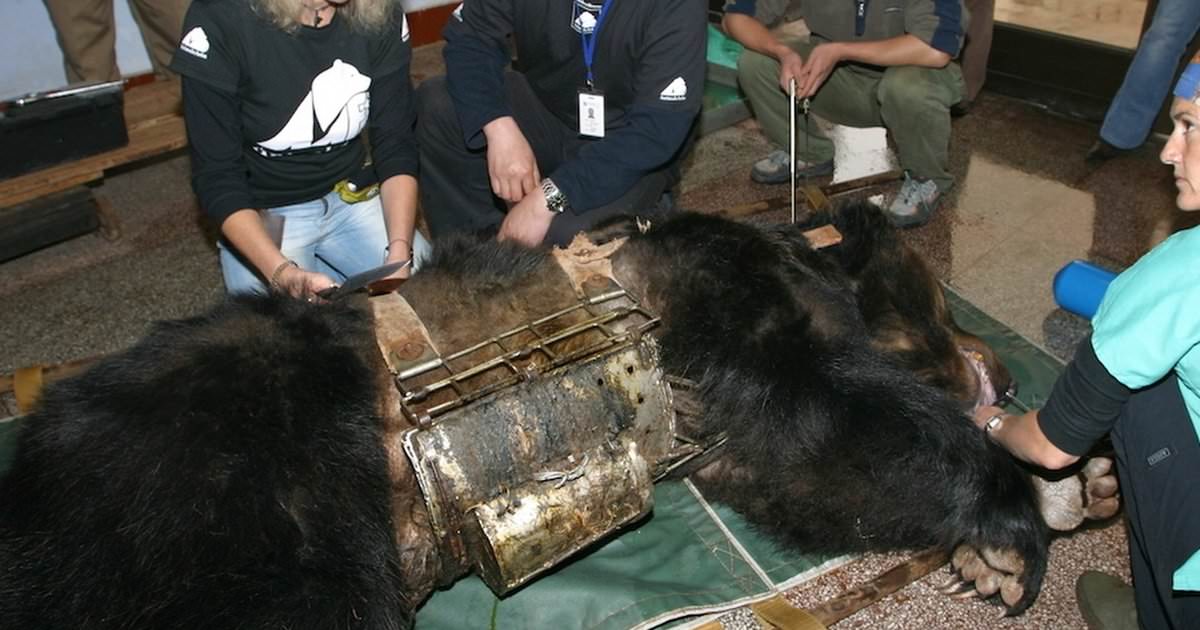 This is how animal rescuers discovered Caesar, the brown bear. She had a vest belted around her body to keep her from being able to remove it. Rescuers found her with a catheter in place as well that drew out her bile. 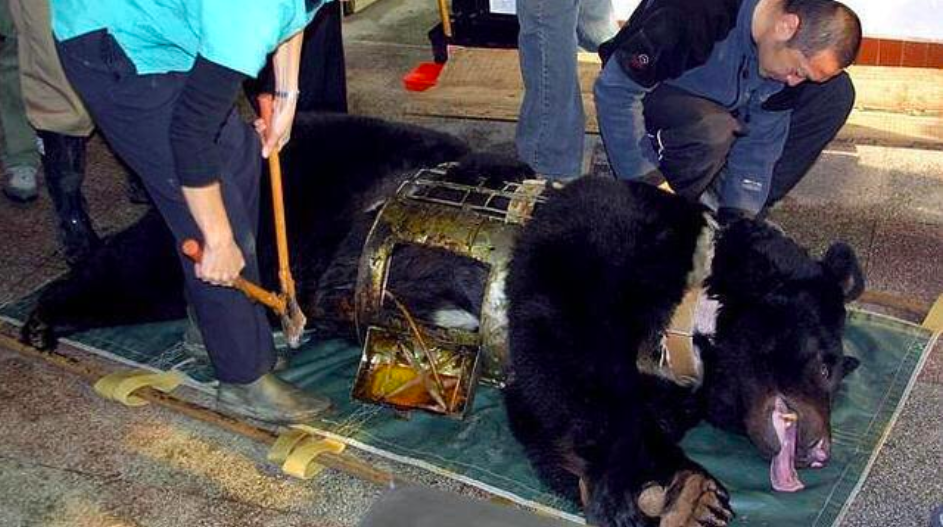 The vest was not only belted onto her stomach but there was also a spike pressed into her throat. This prevented her from attempting to chew her way out of the situation. A torture vest of this kind hasn’t been employed since medieval times. 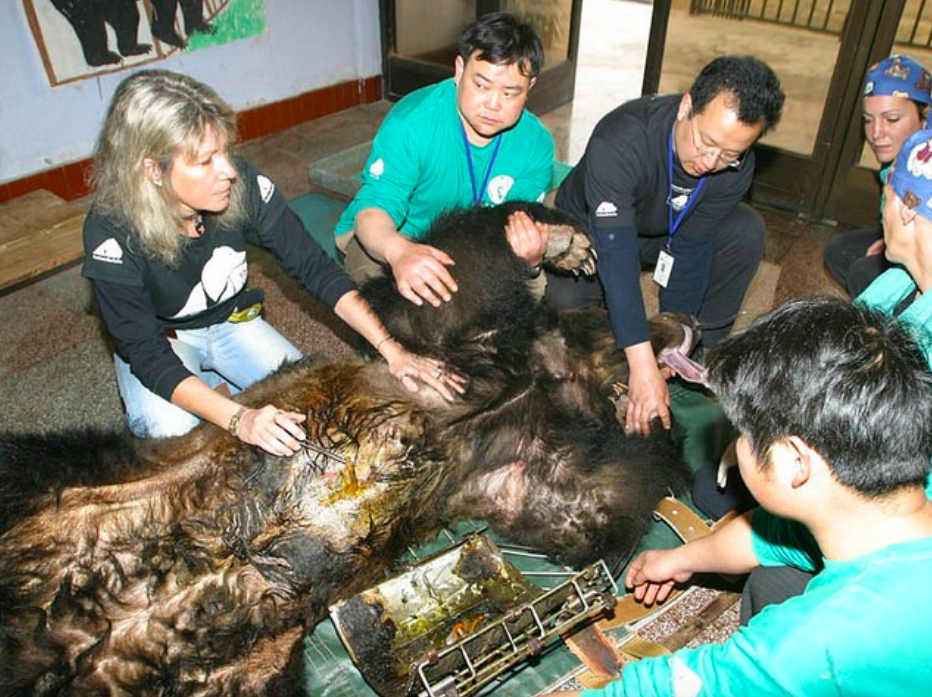 The rescue group that worked relentlessly to free Caesar is known as Animals Asia. The organization works tirelessly to free bears from these horrific conditions. They have even described the vest as “the worst imaginable bile farm torture.” 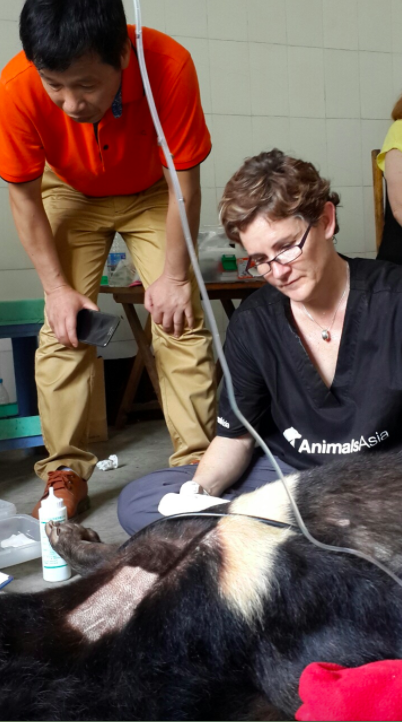 “I remember only too well her rescue some four years ago,” Jill Robinson, founder of Animals Asia, wrote on an online blog post. “She bounced violently in her rusting cage on the bear farm in Tianjin and I thought she would crash through.” 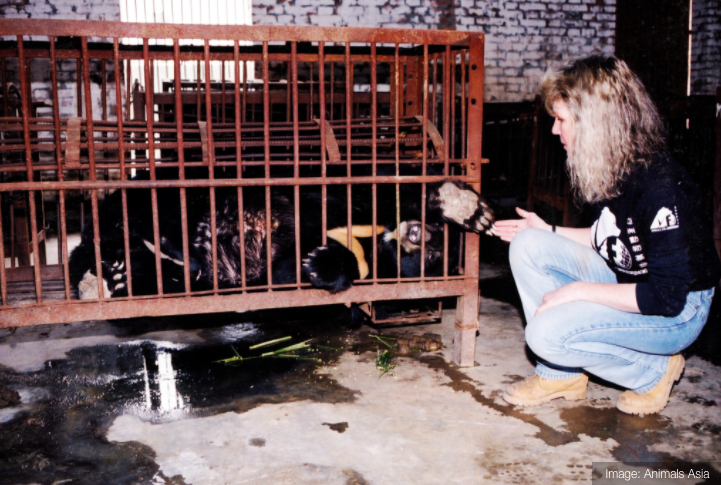 When Caesar finally made her way into the Animals Asia sanctuary, she was not a pleasant sight. Her stomach was raw, hairless, and sore from the vest that was always attached to her. Staff immediately understood that helping her recover would be a daunting task. 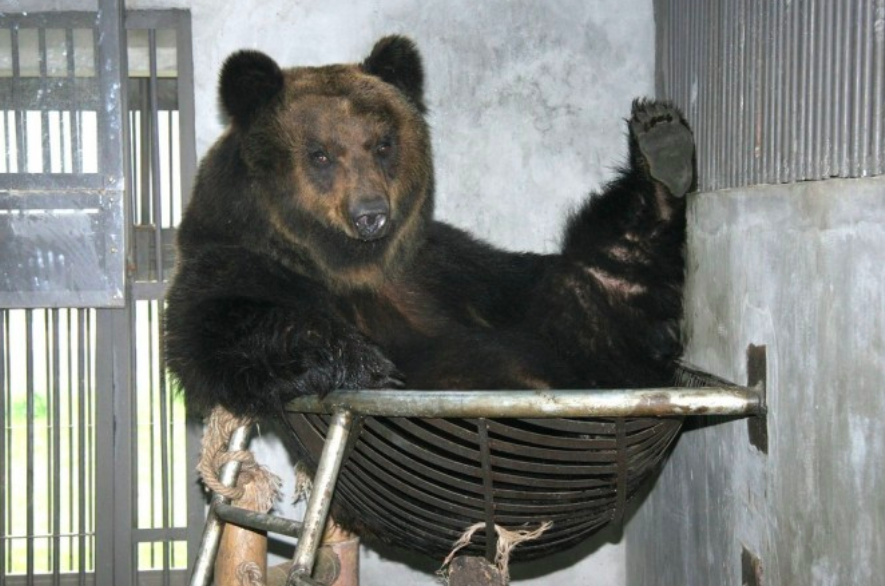 To make her feel as comfortable as possible, the staff made sure to give Caesar her own space away from the other bears. This is a necessity for a Eurasian brown bear, as they prefer more solitary living spaces when in the wild. 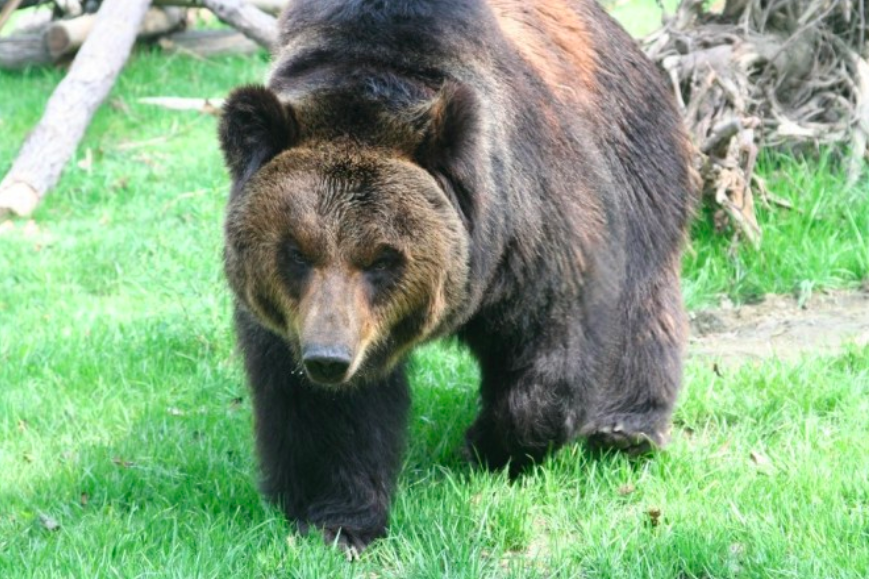 “Once her metal torture vest was removed, she blossomed into a majestic bear,” China Bear and Vet Team Director Nic Field was quoted saying. “She’s a beautiful, magnificent lady who’s learned to enjoy her independence – one day of freedom after another.” 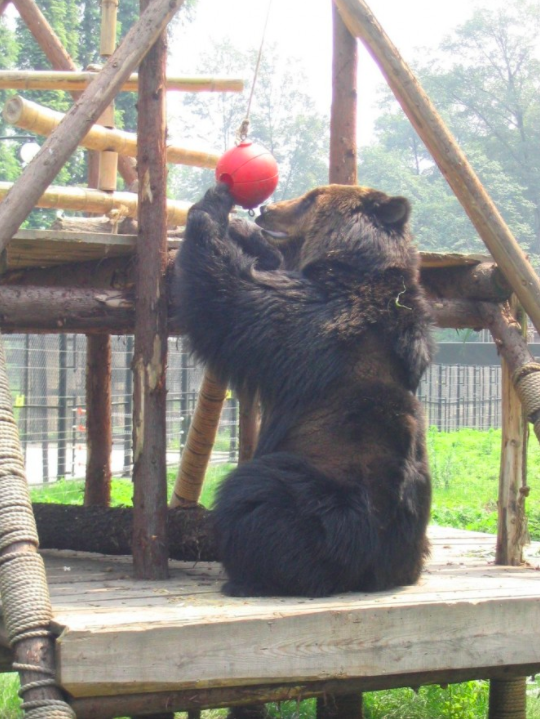 Caesar began to adapt to her new life at the sanctuary wonderfully. She would often be outside looking for insects or playing around in the pool. It seemed like her life would finally be peaceful. 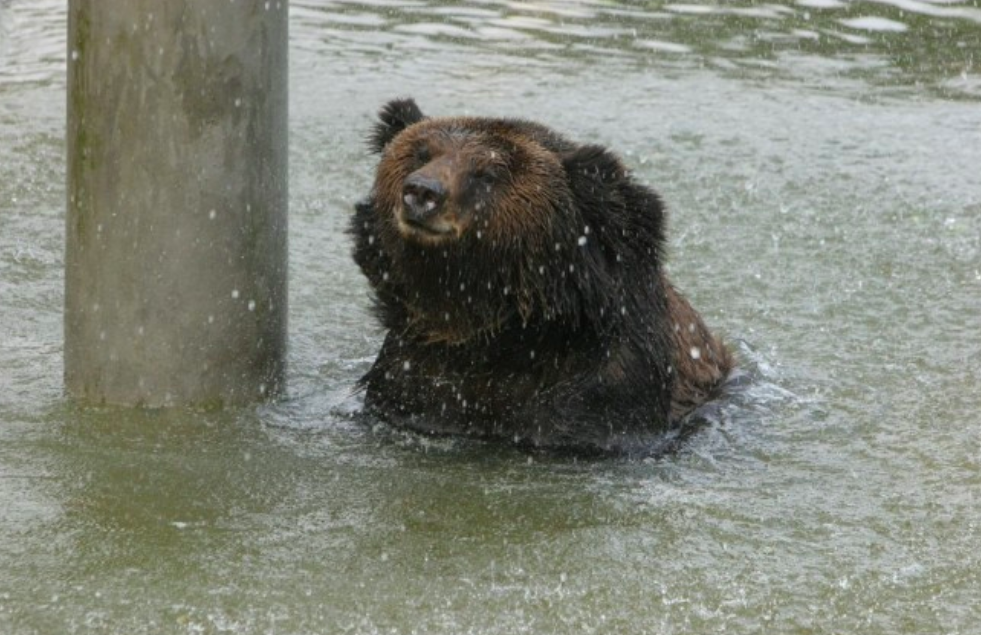 A recent video that was posted by the sanctuary’s Instagram page showed Caesar enjoying a beautiful swim! You can see her bouncing around in slow motion in the water, enjoying her free life. 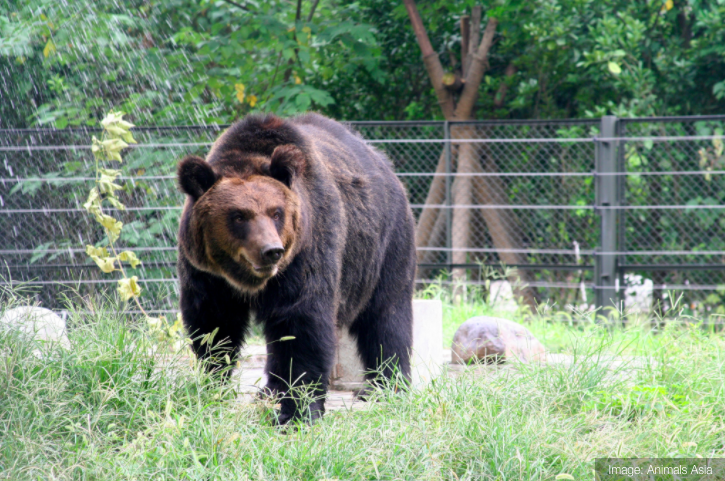 “Seeing a bear shake themselves like this is always a moment full of awe – they’re such incredibly beautiful, powerful animals and none more so than Caesar,” Field wrote. She continued on with her comment, talking about how wonderful Caesar looked. 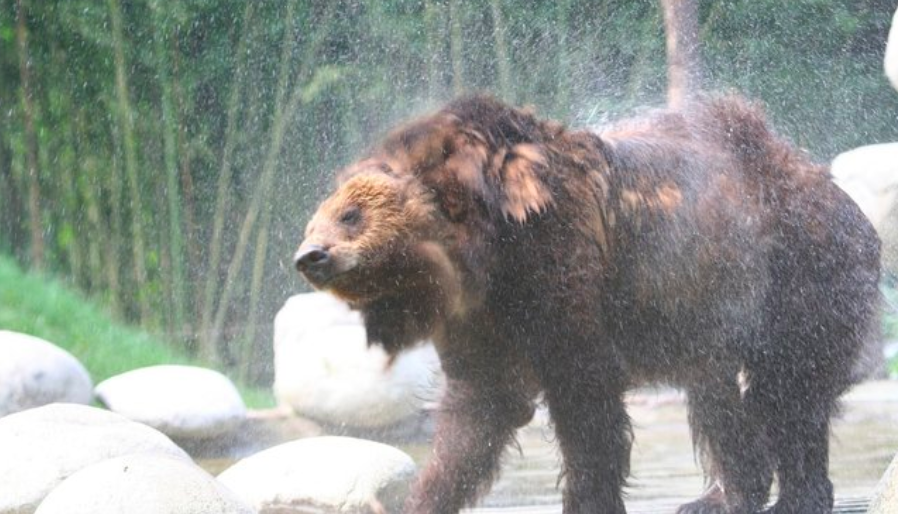 “To see her out in the sunshine – a dozen years on from her rescue – it’s hard to imagine her existence back then… Watching her enjoy her surroundings every day is an absolute pleasure,” Field continued. Caesar’s new personality is so much livelier than before. 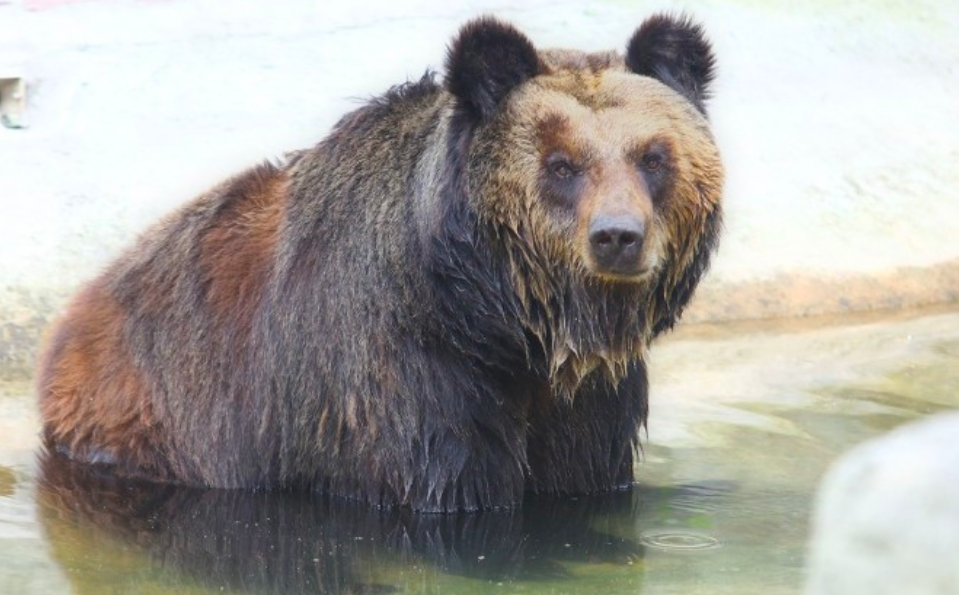 Caesar is definitely a completely different bear now compared to who she was when she was first rescued. She now roams around freely and happily and does everything that her heart desires. She is truly happy to be free. 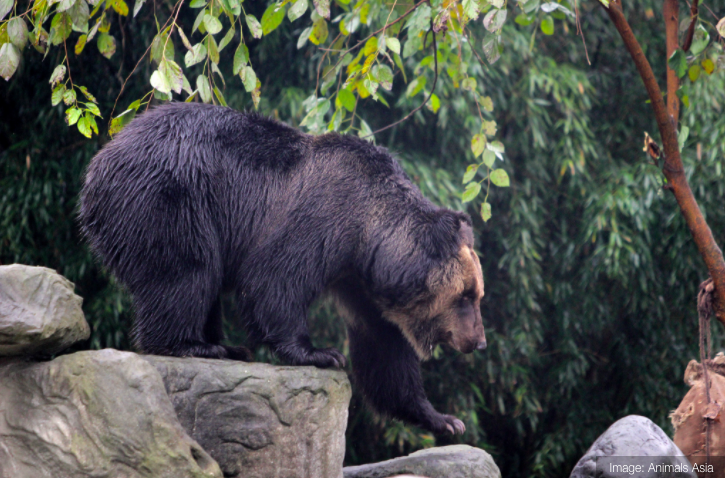 “Caesar’s scars have all but disappeared, and today she is an astonishingly beautiful (and formidable) bear,” Robinson wrote in her online post. “Caesar is all muscle and all woman!” 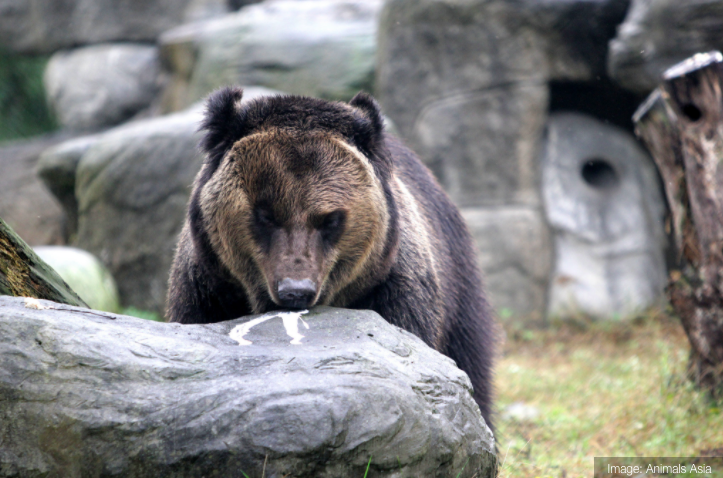 After Caesar’s rescue, China officially outlawed the use of torture vests in extracting bear bile. “Metal jackets are now illegal so less common, but it’s likely that there are still some out there,” Steve Jackson, Animals Asia’s head of communications, told The Dodo 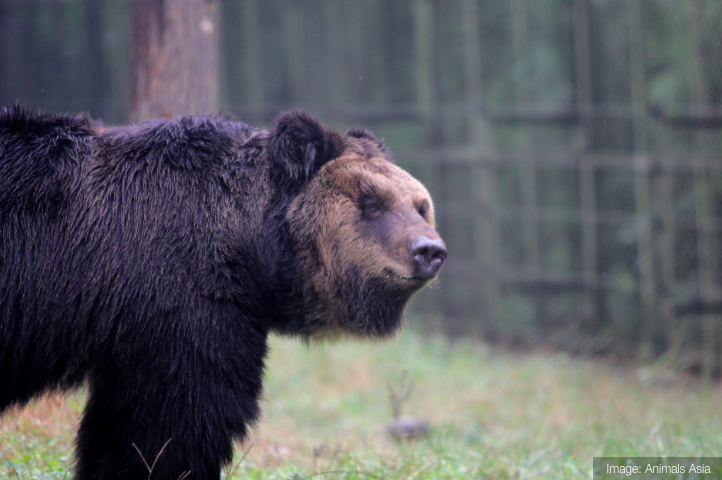 Despite outlawing the use of this torturous device, China still has a huge blind spot that needs to be addressed. Bears are still being captured and killed for their bile. Even worse, some are still held captive and drained of it. 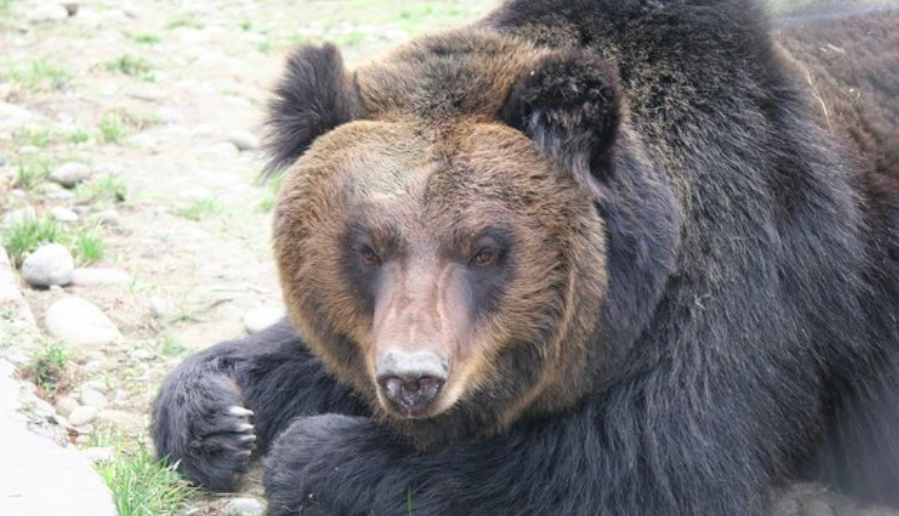 Not all of the bears get as lucky as Caesar did. In fact, many are still in terrible situations. The photos of Caesar enjoying her life should be a good motivating factor to end this practice completely. 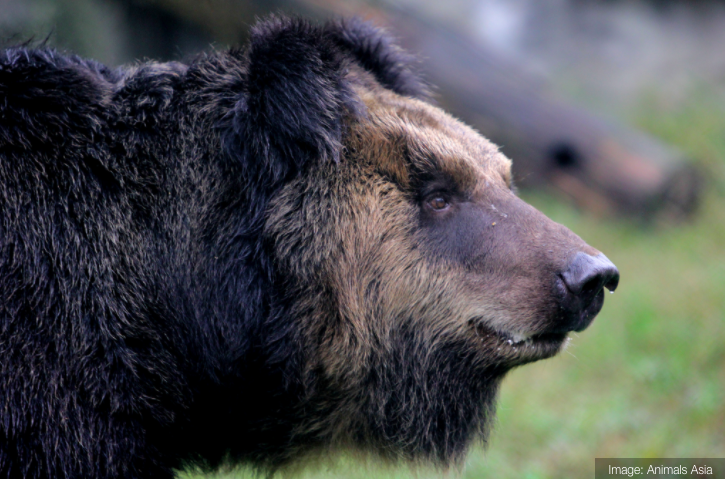 “[She was a] huge presence trapped in such a tiny, confining space,” Field said when speaking of Caesar in her torture vest. “We’re honored to be able to provide her a better life, and watching her enjoy her surroundings every day is an absolute pleasure.”