This man knows all too well what it’s like to be homeless and the very last thing he wanted was for a helpless animal to be left out in the cold too. Although this situation may seem sad and tragic, soon you will see that even the most grim of situations can have a happy ending.

20. Homeless But Not Helpless 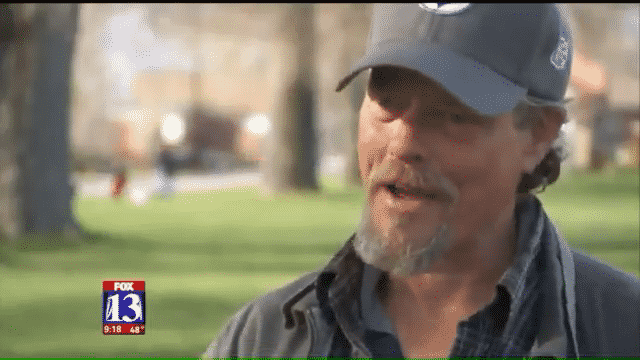 Ron Howell knows the pain and sadness associated with being homeless. When he saw a little pup in need of help, he didn’t hesitate to help out and shelter the dog the best he knew how. 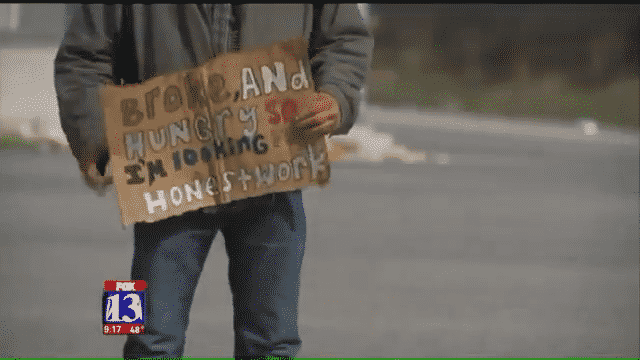 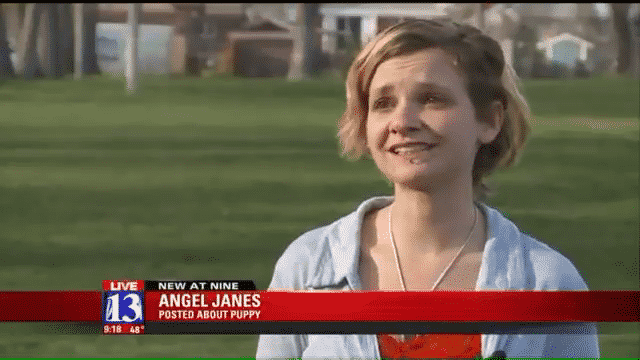 She recalls that her heart went out to this man standing out in the cold and she felt such sadness for his situation. But immediately, her attention was taken by what the man was holding close to him in his arms… 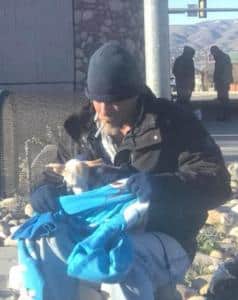 What the man was holding close to him appeared to be a small animal. It became clear to Angel that he was trying to shield the animal from the cold. She immediately pulled her car over to get a closer look. 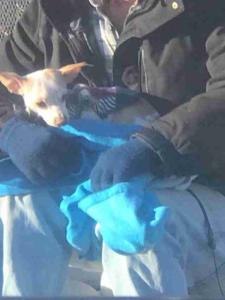 Angel jumped out of the car knowing that she had nothing to offer the man, but that she knew she had to help somehow. She started talking to the man and learned that his name was Ron. She proceeded to ask him about the animal he was cradling close to him. It was a little chihuahua! And it wasn’t even his dog…

15. Abandoned on the Freeway 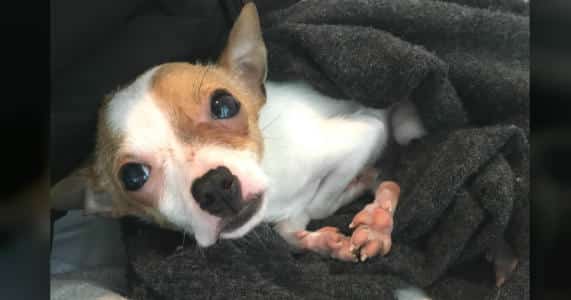 Ron told Angel that hours earlier he witnessed a woman opening her car door to leave the pup on the busy freeway exit and then she sped off. He knew that he had to help it, after all, he couldn’t just leave it there. It would have certainly been hit by a car or would have frozen to death. Ron said that he “knew what it was like to be homeless, and he didn’t want the dog to be homeless.” 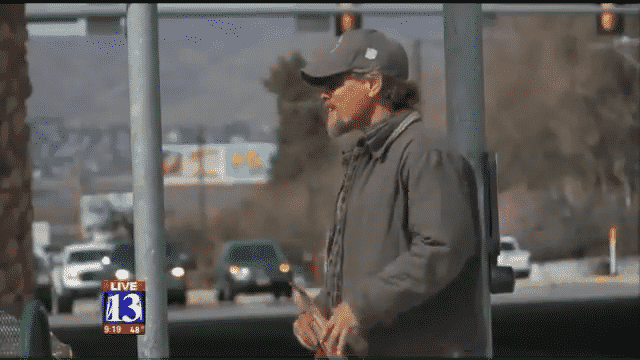 Angel was amazed by what Ron had done. “Just in the brief time we spoke, I was inspired by this heartfelt person,” she said. “He was just trying to do right so this dog ‘wasn’t homeless like me.’” But there wasn’t a whole lot Ron could offer the pup. After all, he was homeless. Where would he find food and shelter for the dog when most days it was a struggle to find these necessities for himself? 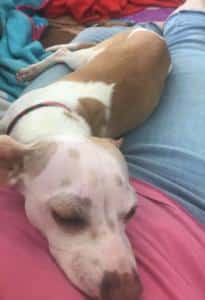 This is when Angel took things into her own hands. She was about to propose something to Ron that would help both him and the pup… 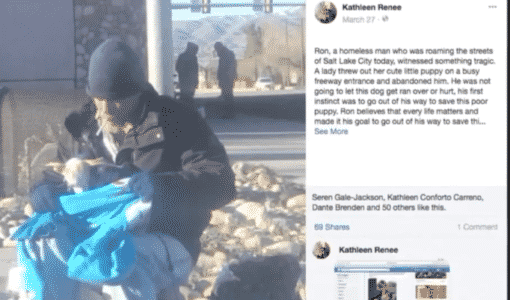 Although Angel was not able to bring the pup home herself, what she did was share the story about Ron and the puppy on her social media. She broadcasted the message to her friends and family and soon the word traveled like wildfire.

11. Another Dog Lover Steps In 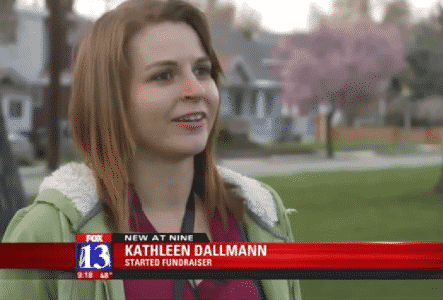 This sparked interest among her community and it wasn’t long before a woman named Kathleen Dallmann re-shared the post to a larger animal lovers group. 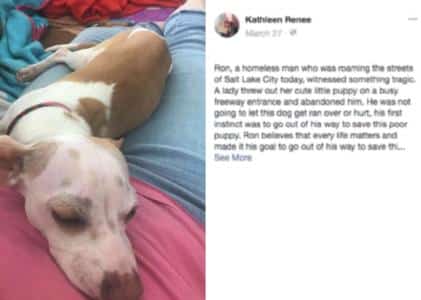 In an interview with The Dodo, Kathleen told them that “A few minutes after I posted it, a lady was on her way to pick up the dog to foster him.” 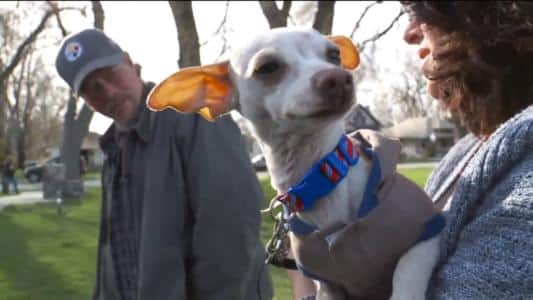 Kathleen rushed down to the scene to see Ron. When she got there, she offered Ron money for the dog. “She offered Ron $50 as a show of her gratitude for keeping him safe. He said, ‘No, I just wanted to do the right thing.’ But she insisted he take it.”

8. Finding a Home for the Pup 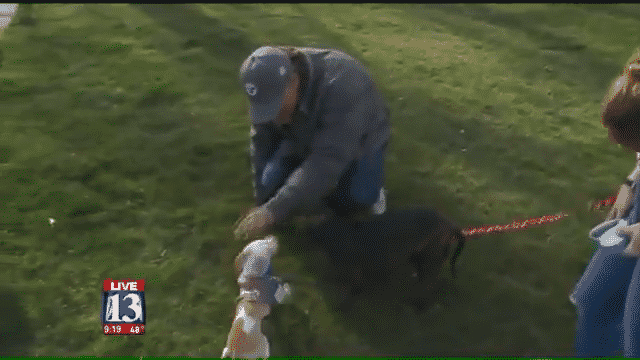 All that Ron really wanted was to make sure that the dog would have a better life and that it wouldn’t be homeless. The dog deserved much better in his eyes. Kathleen recalls that “He was in tears because he was able to help the dog find a home.” But that wasn’t all to this great story.

7. Life Was About to Change 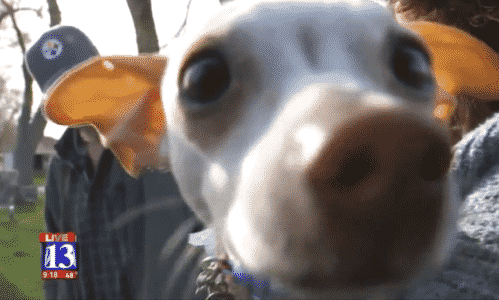 At this point, life was about to change in a big way for not only the pup, but for Ron too! Not only would the sweet dog find a home but Ron would get a big thank you! 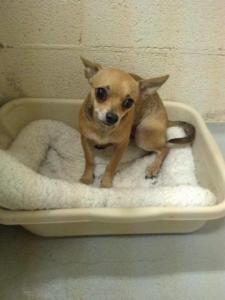 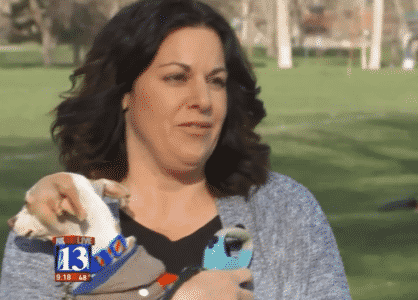 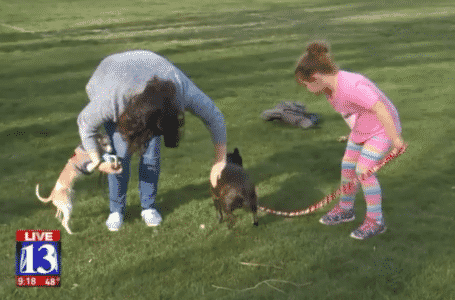 Chasity Guyer and her daughter learned about the pup’s situation and decided that they wanted to adopt him. Soon after they picked him up and brought him to his new forever home, it wasn’t long before the little guy was given a name.

4. Lucky Louie and His New People 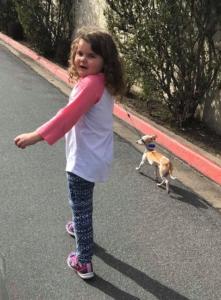 Chasity and her daughter cleverly named the little Chihuahua Lucky Louie in reference to how lucky he was to find the help he needed after it looked like all hope was lost. 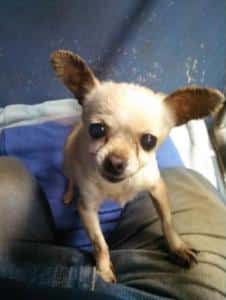 Now that Lucky Louie has settled into his new home he can finally feel safe with his loving new family. “He’s not going anywhere,” Chasity told the Dodo. This little guy’s rescue was such a heartwarming story for all involved, however the story wasn’t over yet… 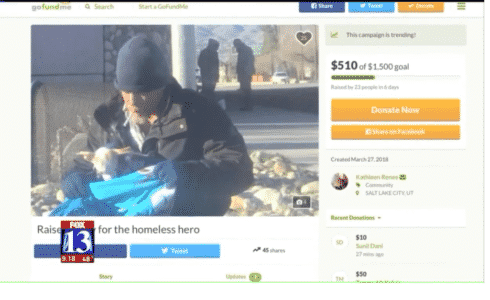 Kathleen was overwhelmed with joy when the pup was adopted. “I was so happy that things had worked out for the dog, but I couldn’t stop thinking about Ron,” she said. “He didn’t even have a place for himself. So, I started a GoFundMe page for him. I didn’t know if anyone would donate, but after getting the word out, it got up to $500.” With the funding page still actively raising money, Dallmann thought it would be nice to withdraw some of the money that was collected and give it to Ron. She withdrew $400 and brought it to him. 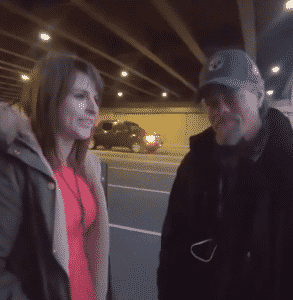 Ron couldn’t believe the generosity extended to him from complete strangers. He was overwhelmed with emotion when he was handed the money. He told Kathleen to use it towards the dog’s care. But Kathleen assured him the dog was well cared for and that this money was just for him. Knowing that Lucky Louie was in good hands, Ron accepted the money and paid for a place to stay the night to warm up and also bought himself a phone. “Now that he has the phone, we’re able to get in touch,” said Kathleen. “He really wants to get a job. Like the dog, everyone deserves a second chance at life.”