Wild animals such as chimpanzees and other monkeys find it very difficult to adapt to our world. They are used to living in nature and they hate being placed in human controlled environments. This is what happened to Jenny, the 10-month old chimpanzee that we are going to tell you about today. However, Jenny’s story is a little bit more heartbreaking than this. 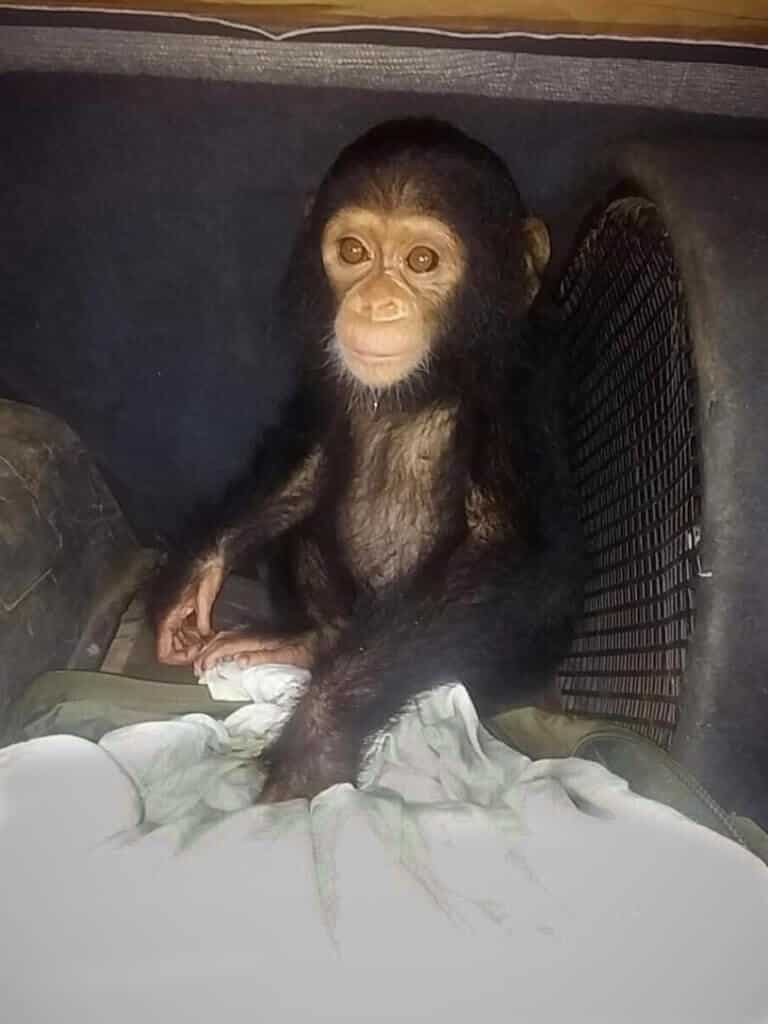 This little baby chimpanzee is Jenny. Despite being a cute and adorable animal, Jenny is being mistreated and things are not going well for her… 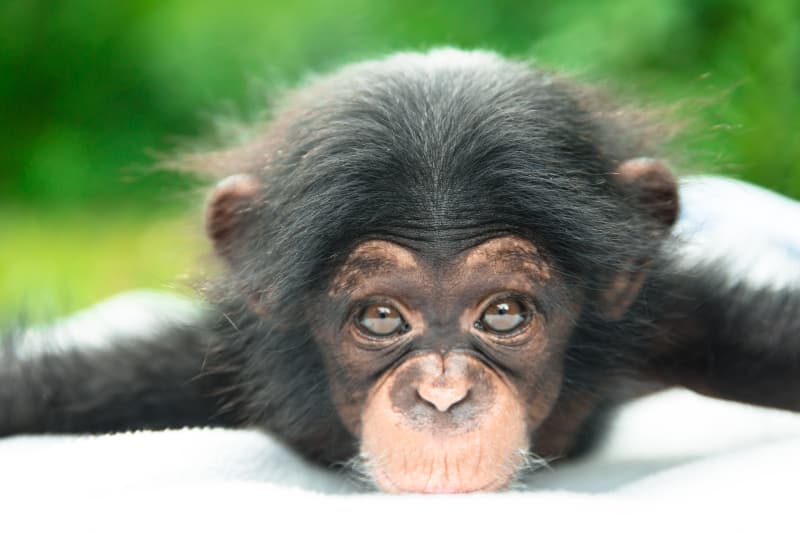 Even though most baby chimps are happy and always looking to have some fun, we can’t say the same about Jenny. Something seems to be wrong with her and you won’t believe what it is… 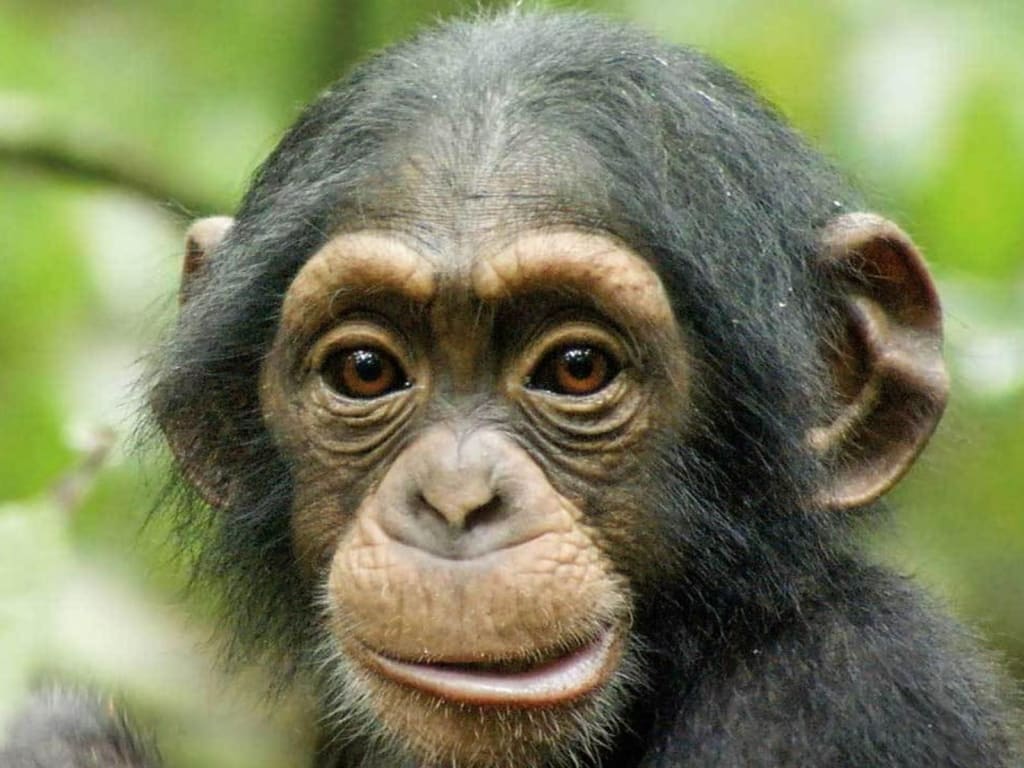 Jenny was neglected and abused by her owner. To make things even worse, the owner took her freedom away by tying her with a rope. Isn’t this heartbreaking? But don’t worry, this story has a happy ending! Read along… 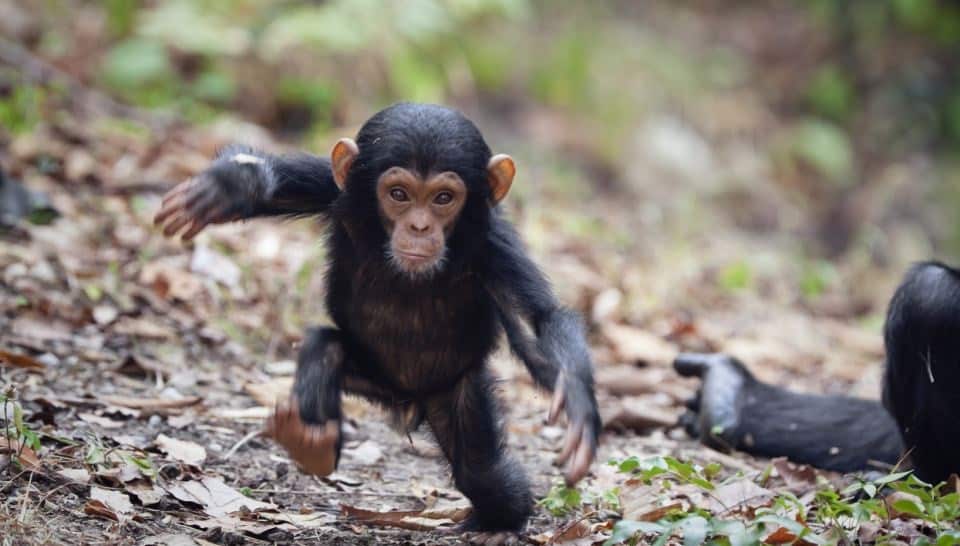 A baby’s first steps are really important in its life, especially for wild animals who will be running around the jungle all day long. Sadly, Jenny had to make her first steps while being tied with a rope. To make things even worse, she didn’t even receive proper food. 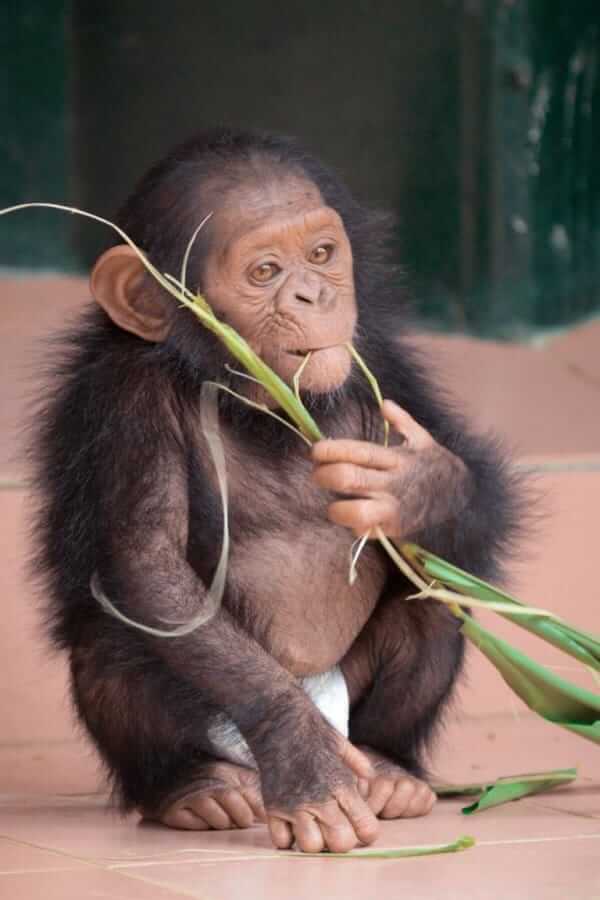 I think this should come as a “no-brainer”, but a baby chimpanzee needs to have a healthy diet in order to grow strong. The owner who had Jenny didn’t even think about that for one moment and he fed whatever he had around the house. Fortunately, this next thing happened. 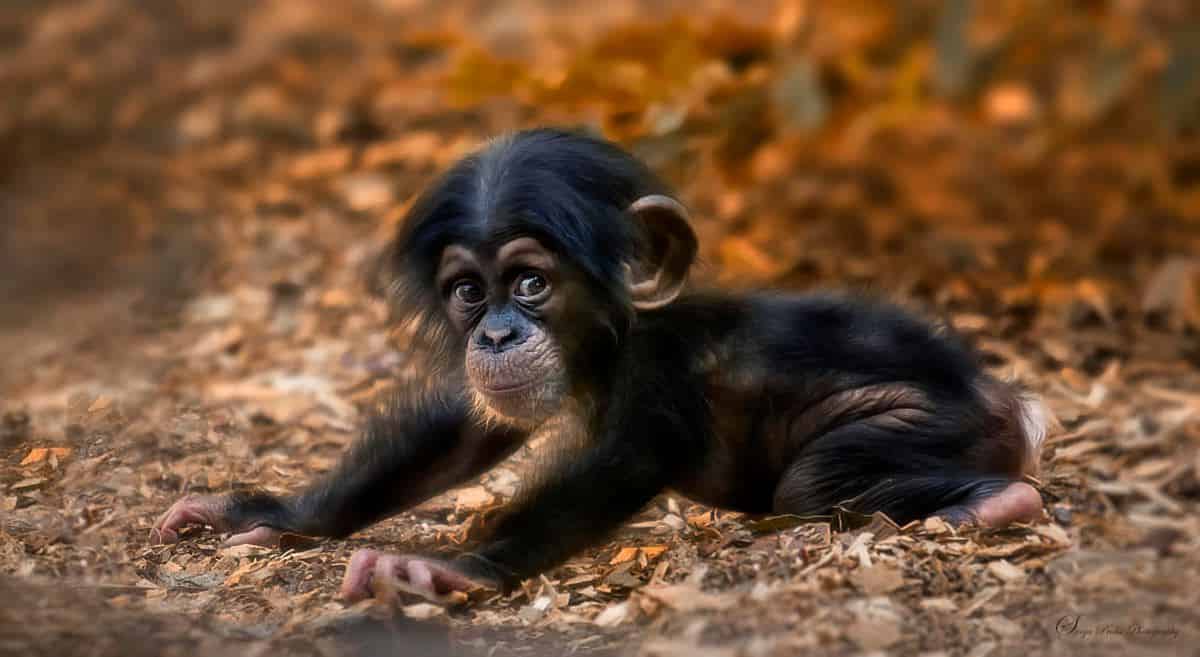 As Jenny was struggling to survive, a neighbor saw how bad she looked. The woman realized that she needed to do something about this and so she decided to lend a helping hand. You won’t believe what she did! 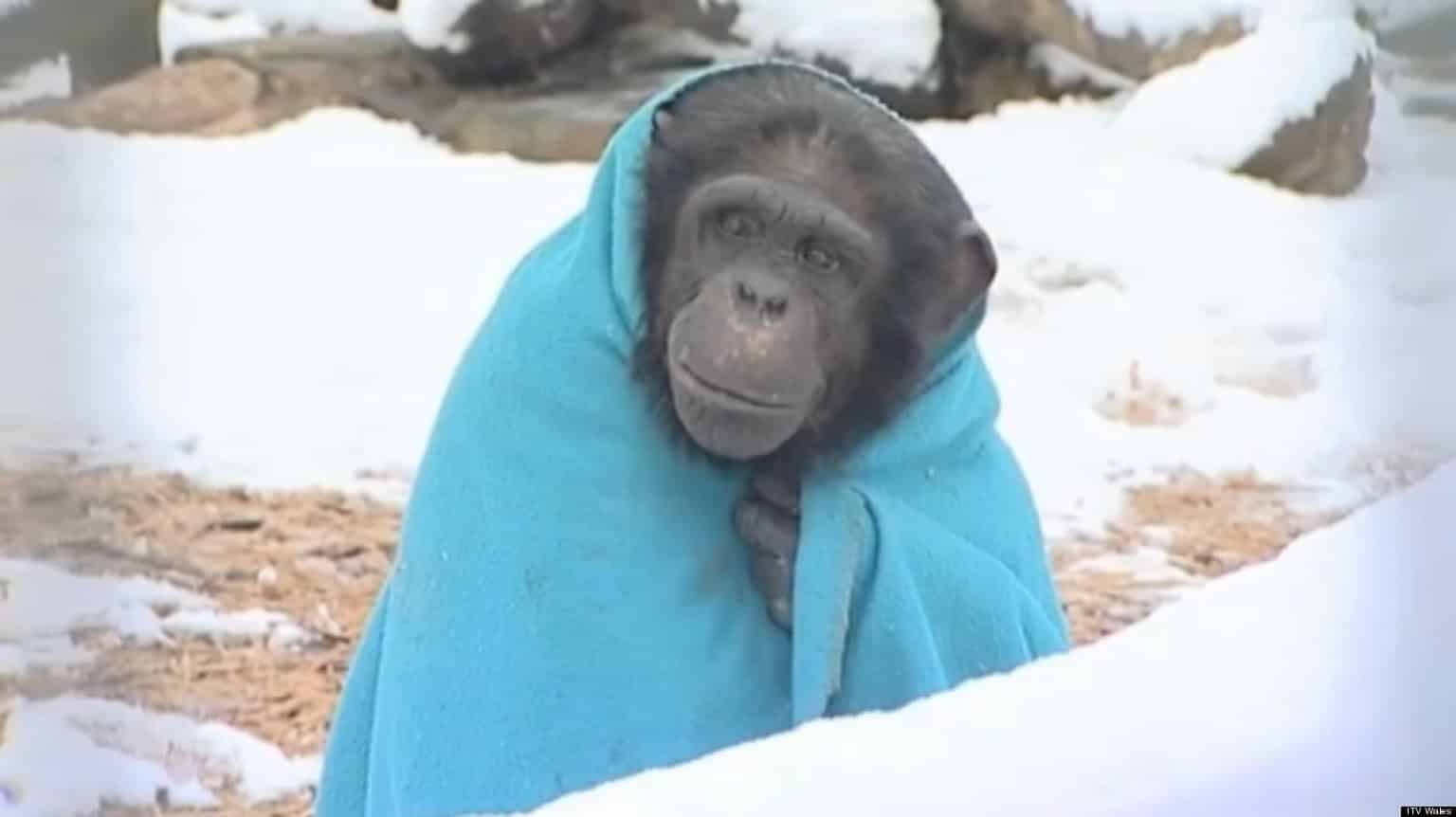 Even though the woman who saw Jenny tried not to interfere with her neighbor’s business, the thought that this lovable chimpanzee was being mistreated wouldn’t go away from her mind and she decided to do this next thing… 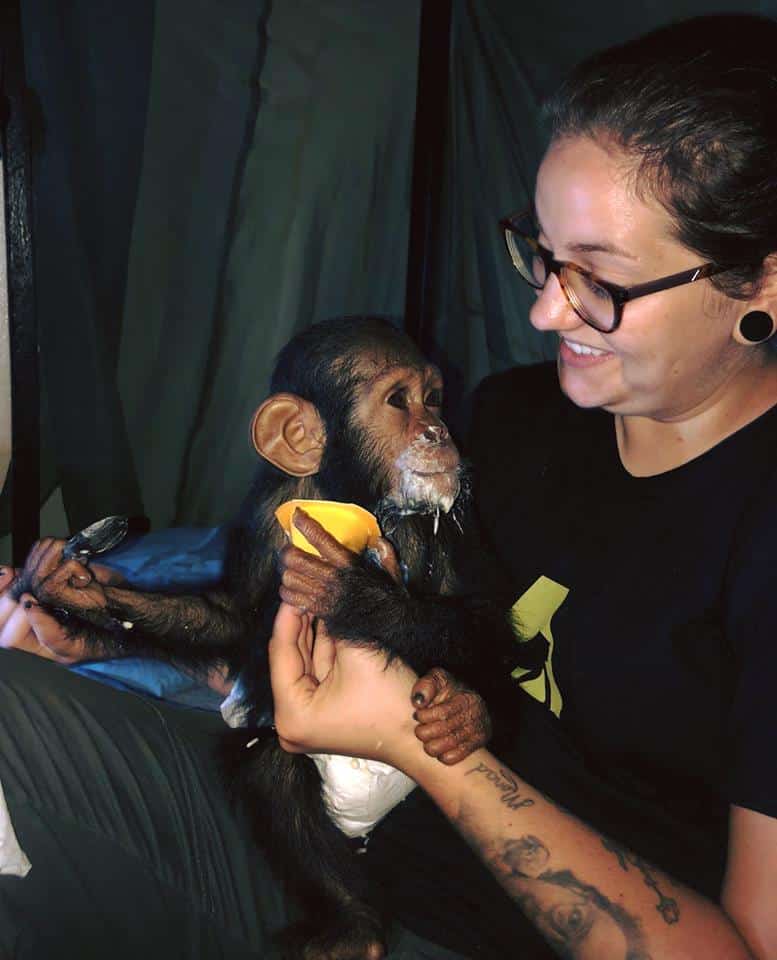 The woman knew that she couldn’t just take away the chimp from her neighbor and she decided to call some specialists for help. Stick around for the next picture to find out who she called. 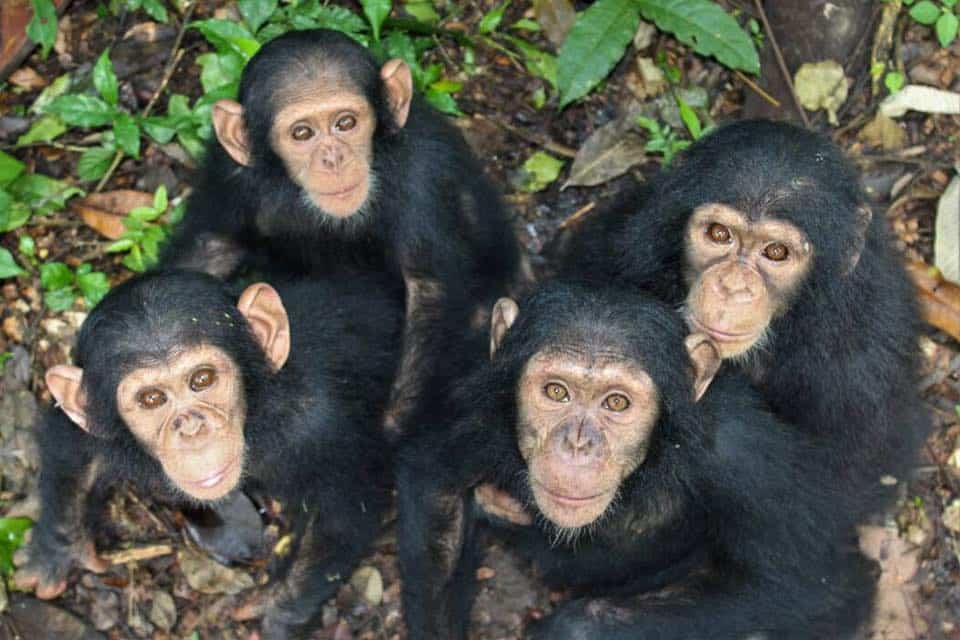 The woman picked up the phone and called the folks who work at the Ape Action Africa center which is a refugee for monkeys. Ape Action Africa specializes in this type of cases and they knew exactly what to do. 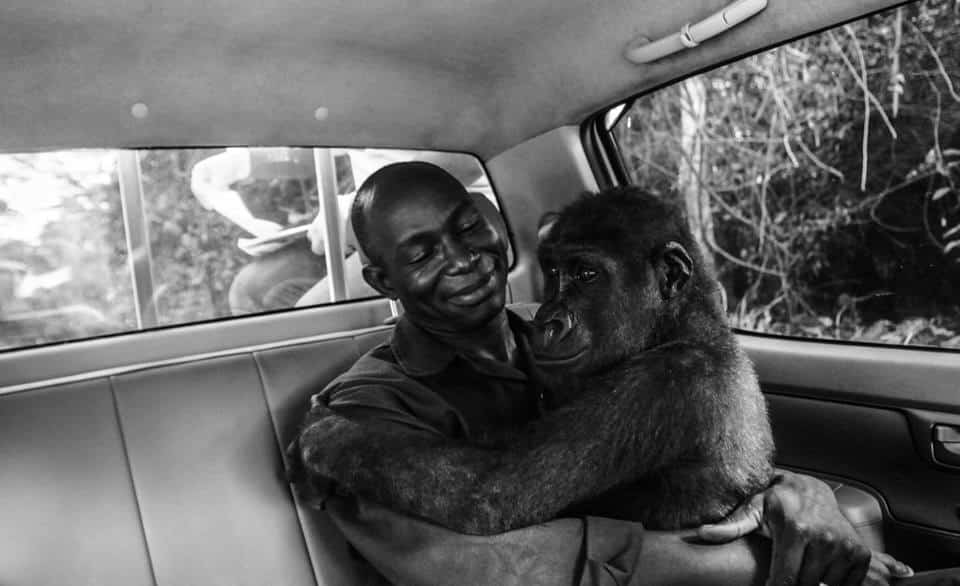 Ape Action Africa doesn’t only save animals from dire situations, but they also provide them with a loving home. This is why the woman who spotted Jenny felt compelled to call them. Nonetheless, let’s see how Jenny reacted when they first arrived. 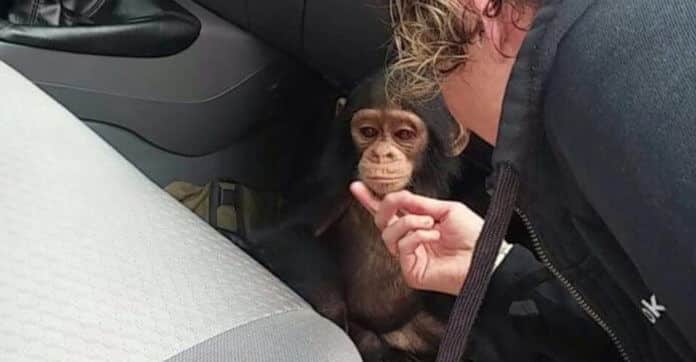 Knowing that Jenny was mistreated by humans all of her life, the folks at Ape Action Africa weren’t surprised to see that Jenny was scared of them. Fortunately, they knew exactly what to do in scenarios like this one. 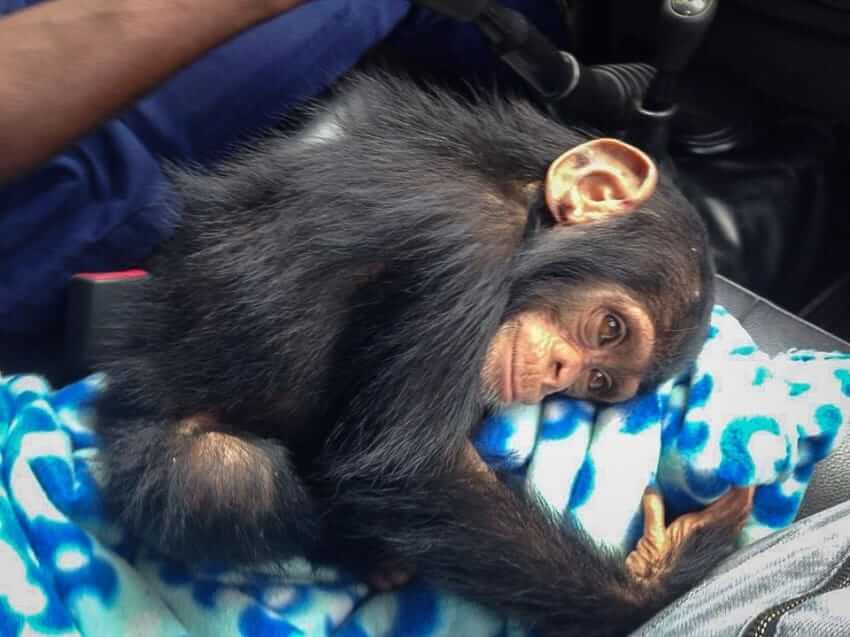 The neighbor who first saw Jenny and the Ape Action Africa staff started talking to the baby chimp and this calmed her down. After Jenny felt better, they put her in their car and the most amazing thing happened.

8. Jenny Is Being Saved 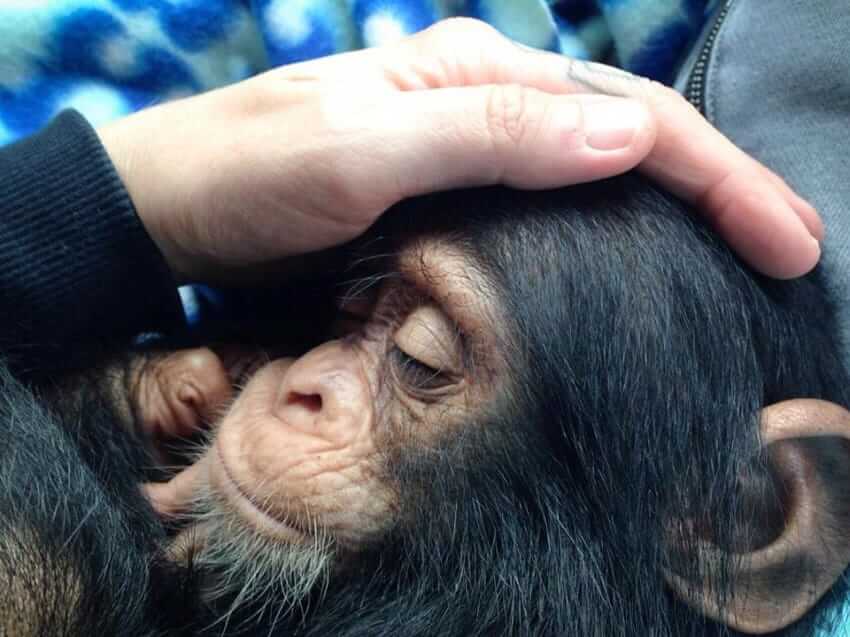 It didn’t take long for Jenny to realize that she was being saved. This was an amazing moment and the neighbor who came to help her knew she was doing the right thing. Soon, she would start having fun with the other monkeys at the rescue center. Check her out in the next photo!

7. To The Rescue Center 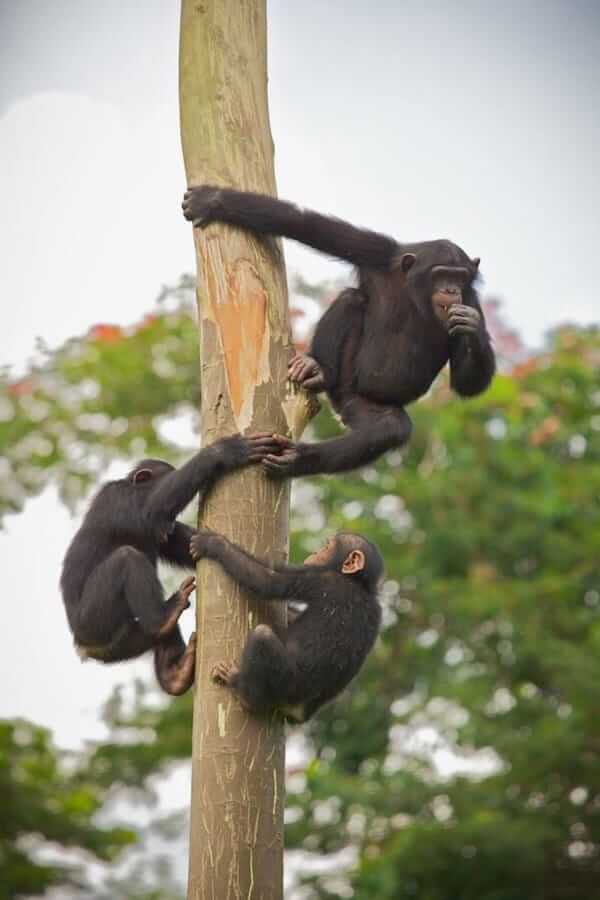 Without wasting any time, Jenny was taken to Ape Action Africa’s rescue center were other apes were being held. This is a safe haven for chimpanzees like Jenny, but she needed a little bit more time before she could play with the other apes. 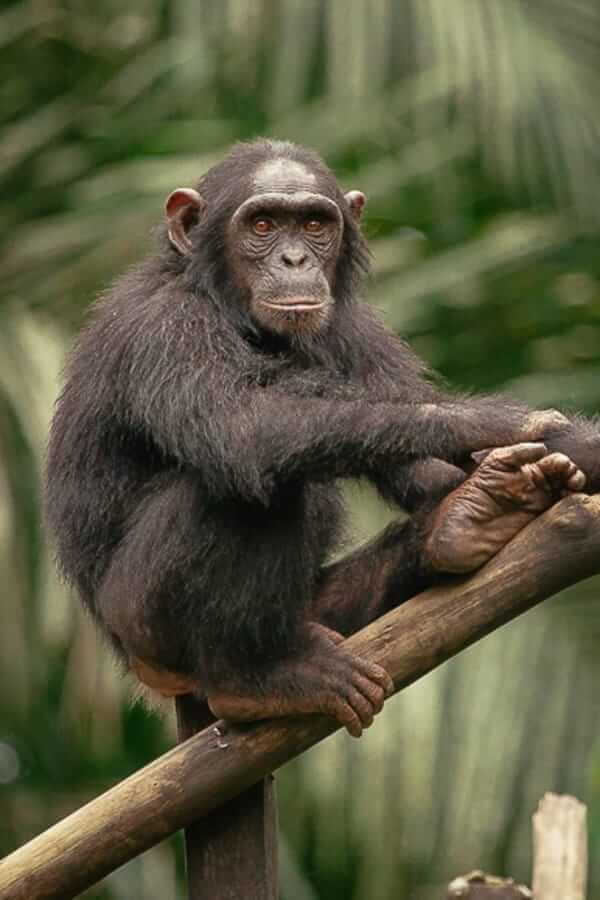 One of the main reasons why Jenny isn’t allowed to play with the other chimpanzees is because of the elders. The elders have a reputation for being mean to newcomers and the rescue center staff wanted to make sure that Jenny is welcomed to the group. 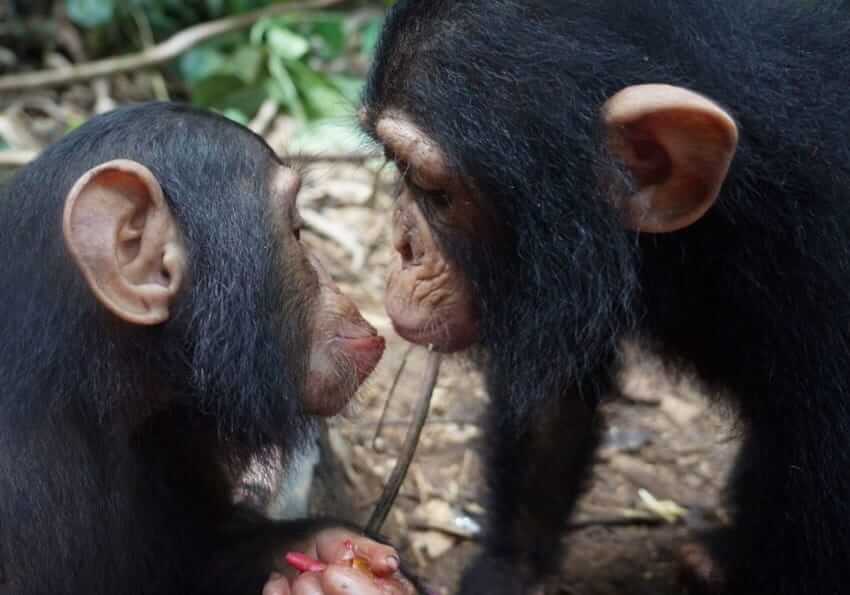 Safety is a priority for Jenny right now, but we can be sure she is going to have lots of fun when she becomes healthy. However, playing around is not the only thing that Jenny is going to do… 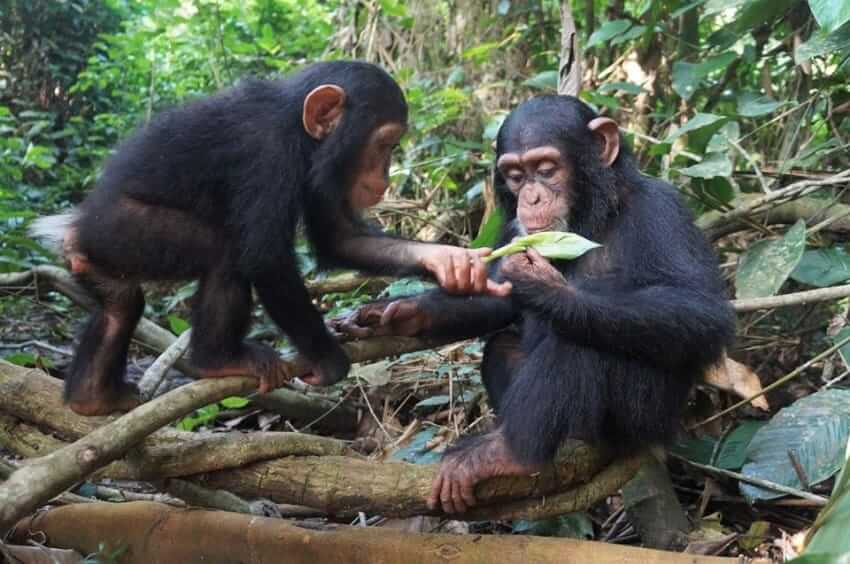 The most important thing that Jenny will get to do at the ape rescue center is to learn the ways of the monkey from other chimpanzees. They are going to teach her how to act and how to defend herself, something that the caretakers can’t do on their own. 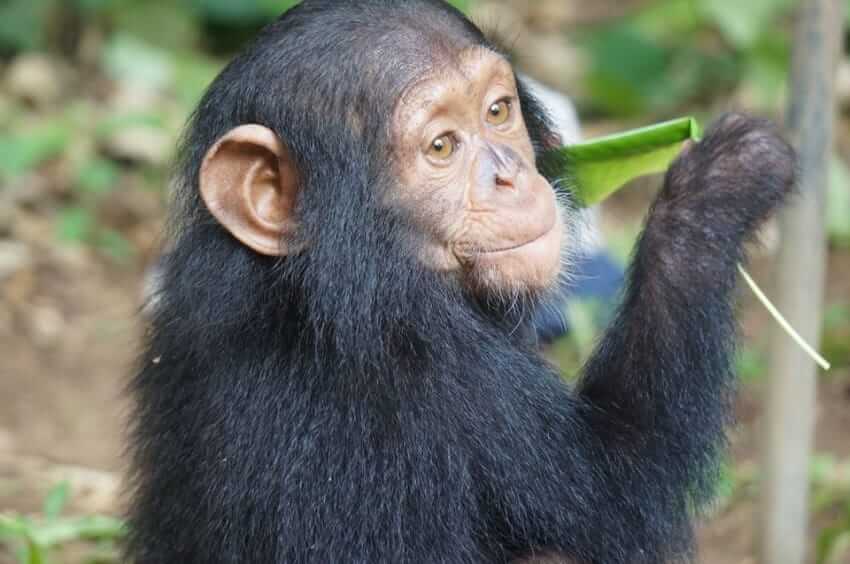 The best thing about Jenny’s rescue is that she is way happier now. She isn’t sobbing all day long and we can be sure that she loves being free and walking wherever she wants instead of being held down with a rope. 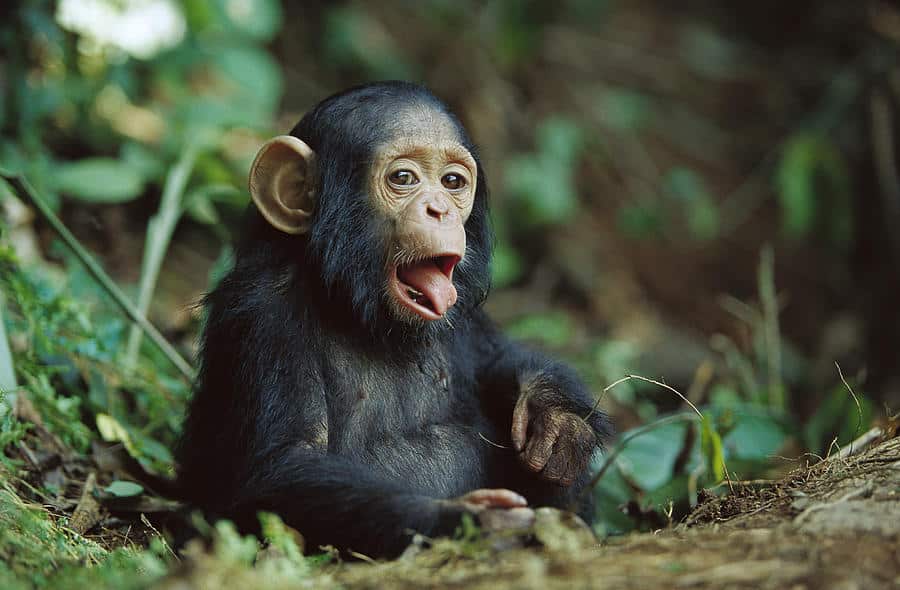 The neighbor who decided to help Jenny is a life savior and no one can deny that. If the neighbor didn’t call Ape Action Africa, Jenny’s future wouldn’t look so bright. 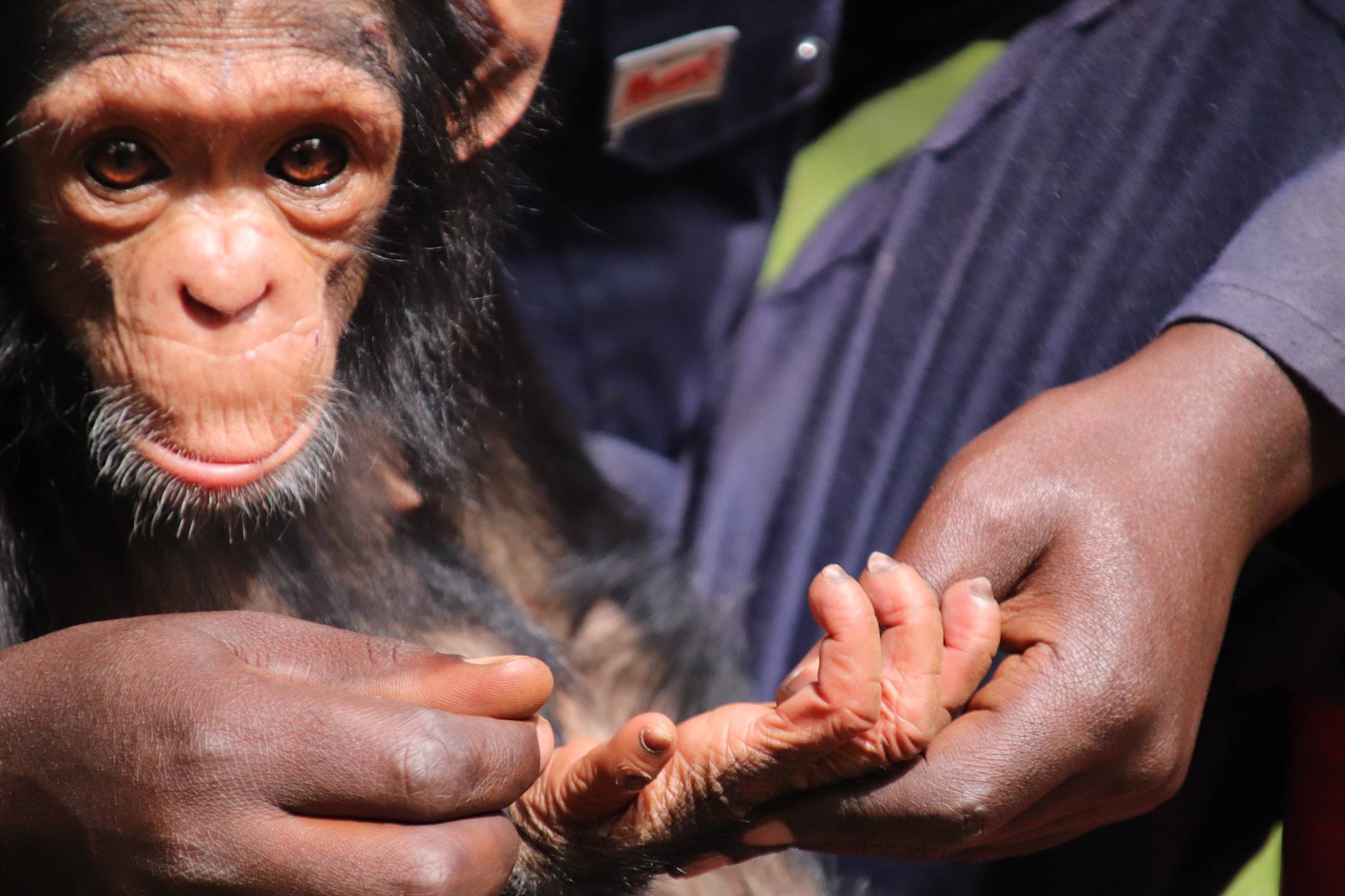 Jenny was lucky because the right person saw her struggle, but there are thousands of other chimpanzees that need help. Good thing the folks at Ape Action Africa are doing their best to help them. Let’s just hope that Ape Action Africa gets all the funding it needs to keep doing amazing rescues like this one.