What do you think happens when a puppy is put in the same room with a veal calf? Do they get along and become best friends? Or do they argue and fight with each other? While most people would choose the latter, this amazing story that you are about to see will show you that friendship knows no boundaries. 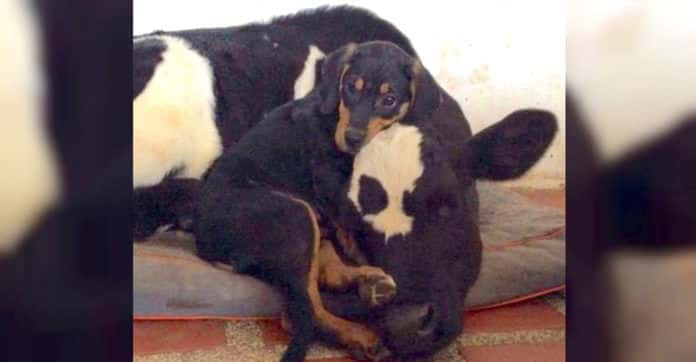 This story is about an abandoned puppy that didn’t have a home or friends, but everything changed when he met a veal calf named Bernie. Let’s see how this story starts. 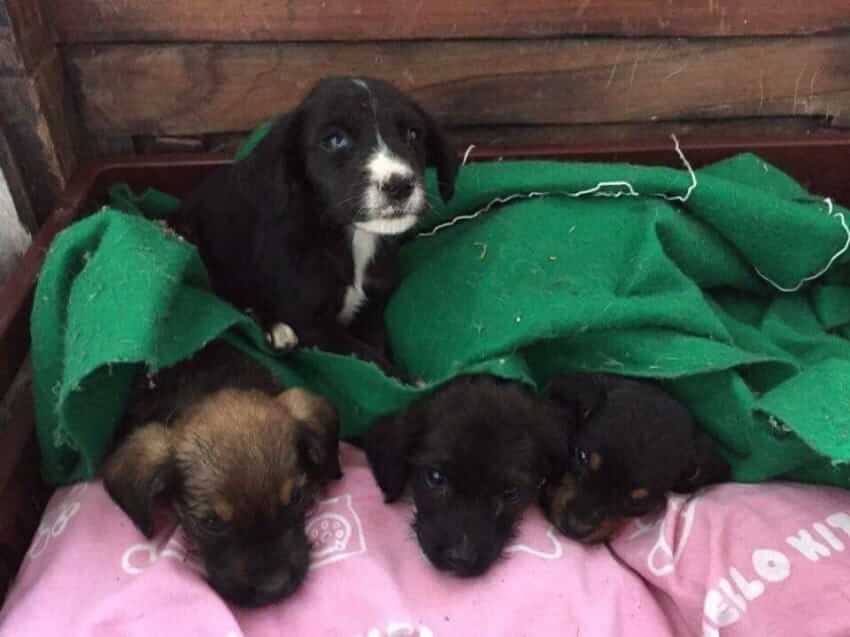 This story starts when Juliana Castenada who is the director and founder of Juliana’s Animal Sanctuary in Colombia found these little puppies. Their parents weren’t around and they were left to fend off for themselves. What do you think she did with the puppies? 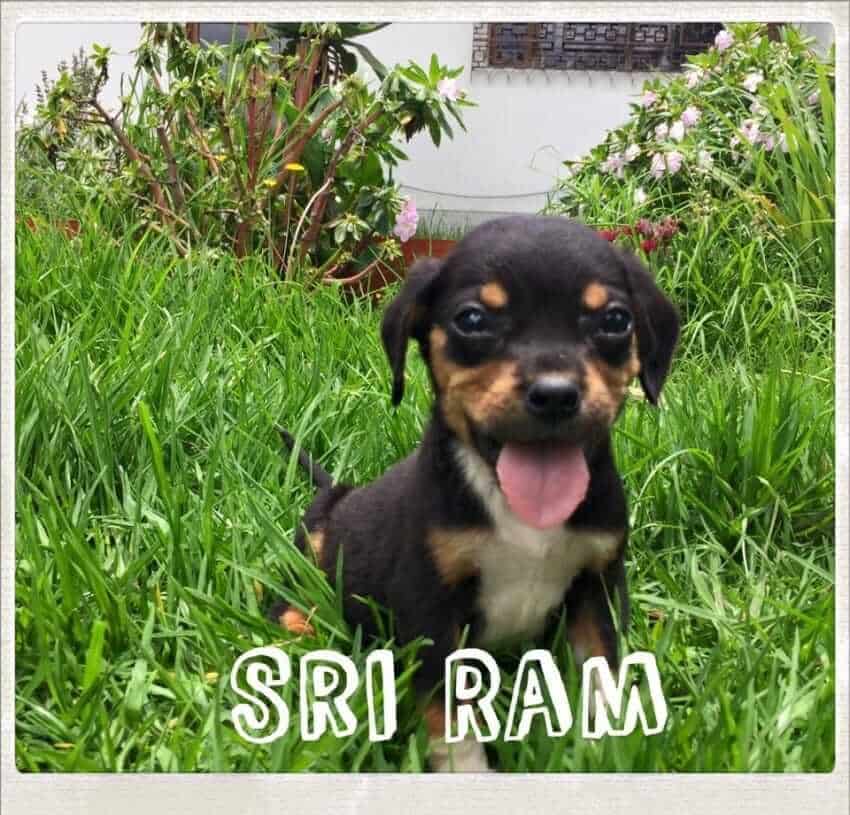 Juliana didn’t waste any time and she quickly started looking for adoptive homes that are willing to take the puppies in. Since the puppies are super cute, three of them were adopted really quickly. However, Sri Ram was left behind. 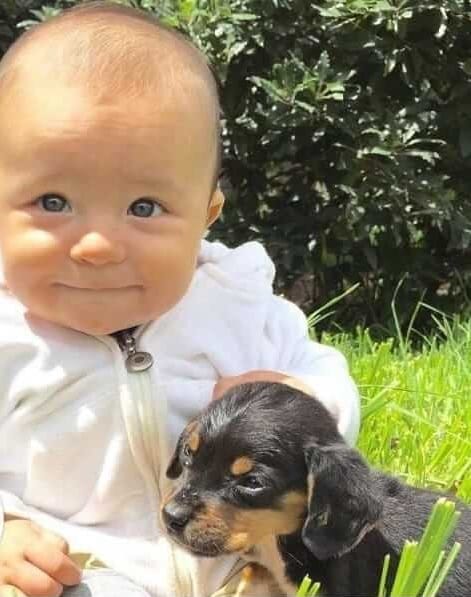 With his siblings gone, Sri Ram became a sad puppy. He didn’t know why no one wanted him and this was heartbreaking. Not having any other option, Juliana decided to move Sri Ram in the same rescue center where other abandoned animals where living. 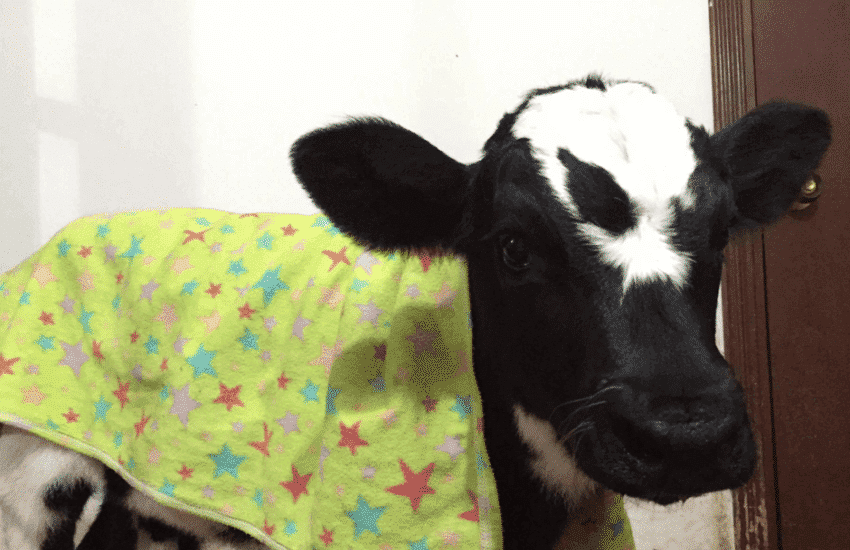 One of the main reasons why Juliana wanted to move Sri Ram with the other animals was so that the little pup could make some new friends and be happy. This is where Bernie the friendly veal calf comes in. 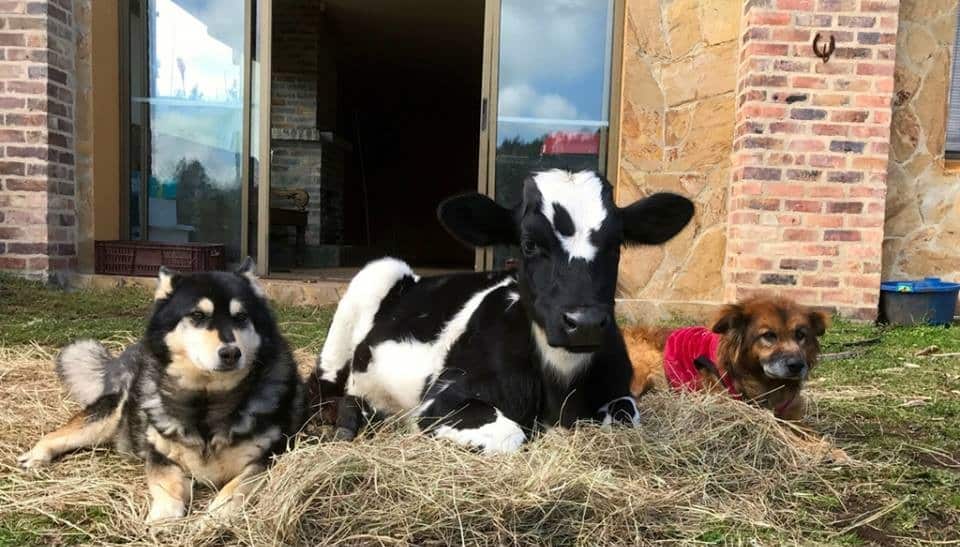 Bernie is not your usual veal calf because he loves making friends with all types of animals and not only other cows. How do you think Sri Ram acted when he first saw Bernie? 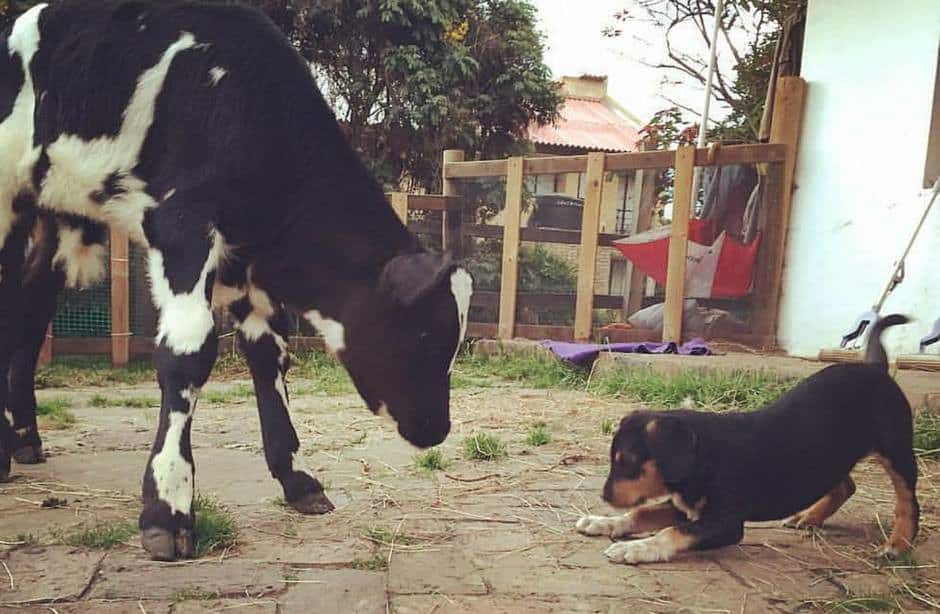 Sri Ram was super shy when he first met Bernie. Although, no one can blame the little puppy because he never met a veal calf before. Luckily, Bernie didn’t give up on him. 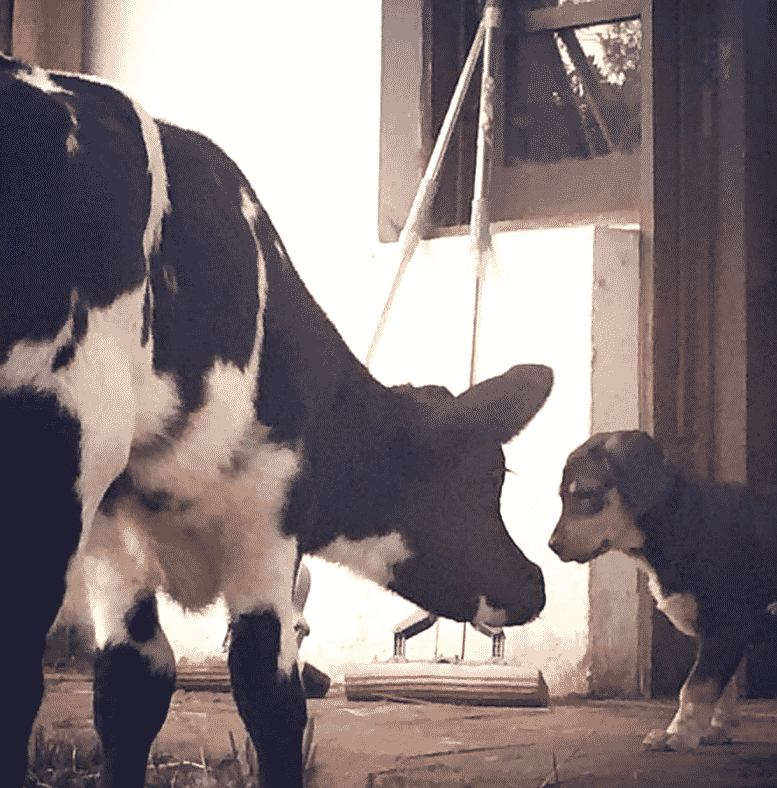 Bernie somehow realized that Sri Ram is shy and decided to take the first step in hopes of becoming friends with the sad puppy. Sri Ram allowed Bernie to get closer and this was the start of their great friendship. 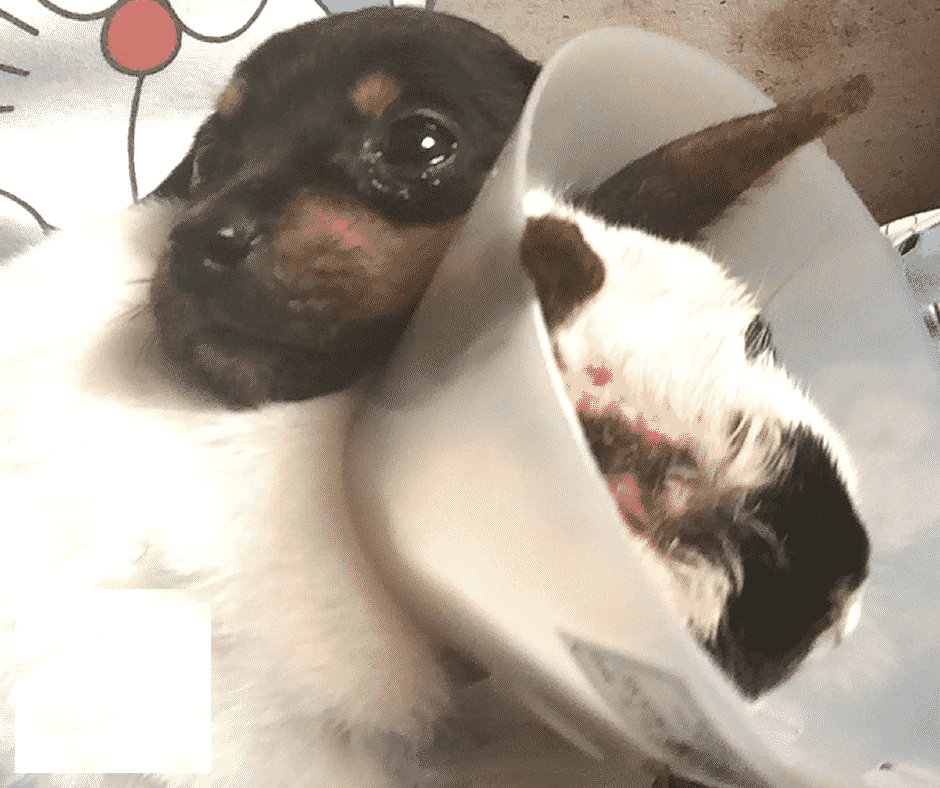 Juliana tried to get Sri Ram to become friends with one of the local bunnies, but this didn’t work too well. Sri Ram needed a bigger friend, someone who could teach him everything he needed to know because his parents abandoned him. 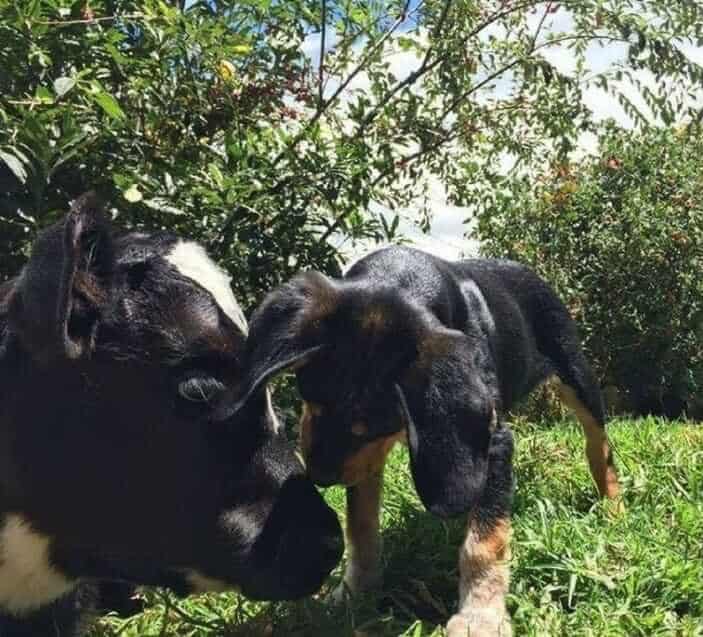 It didn’t take long for Sri Ram to become best friends with Bernie. The funny thing about this is that Sri Ram started following Bernie around everywhere he went. The veal calf was not only Sri Ram’s best friend but also his only “sibling”. 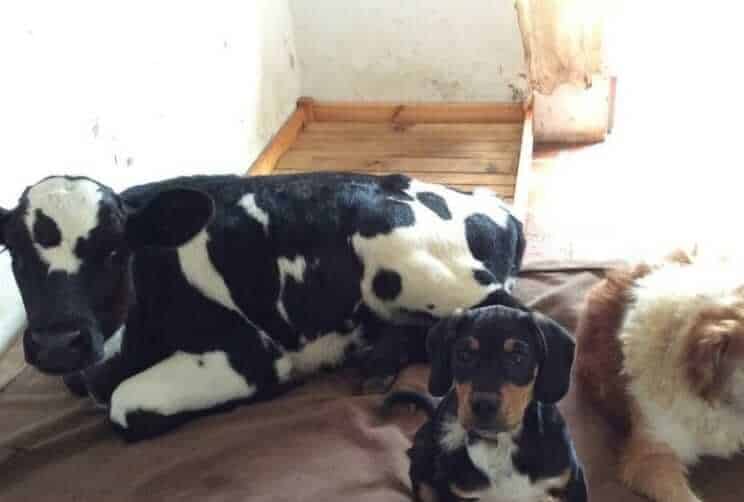 The most amazing thing that Bernie did for Sri Ram is that he introduced him to the other dogs that lived in the rescue center. Juliana says that she never expected Sri Ram and Bernie to become such good friends in such a short period of time. 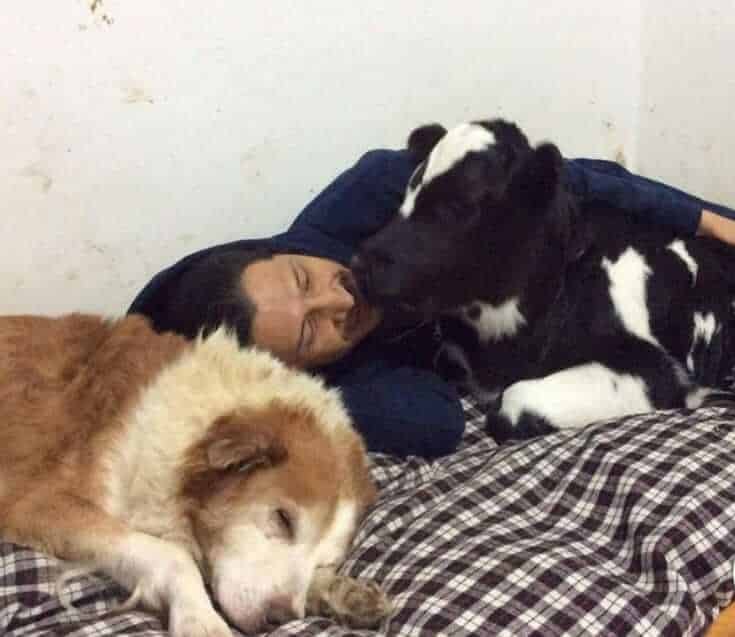 The caretakers realized how special Bernie is and they made sure to give him delicious treats every day. Keep reading to see how adorable Bernie looks when he sleeps with his dog friends. 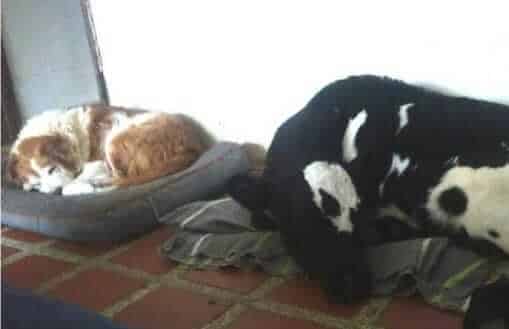 Don’t you think that Bernie is an amazing veal calf? Just think about it, how often do you hear about a veal calf being so social? 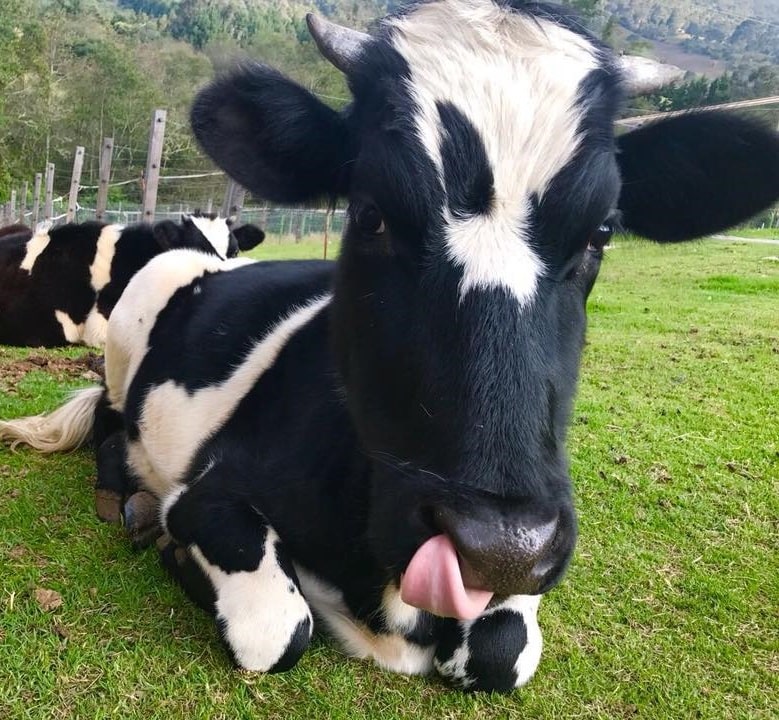 Sri Ram was lucky to meet Bernie because this veal calf didn’t only become his friend, but also introduced him to the other dogs. Considering how shy Sri Ram was at first, Bernie saved him from a life of loneliness. 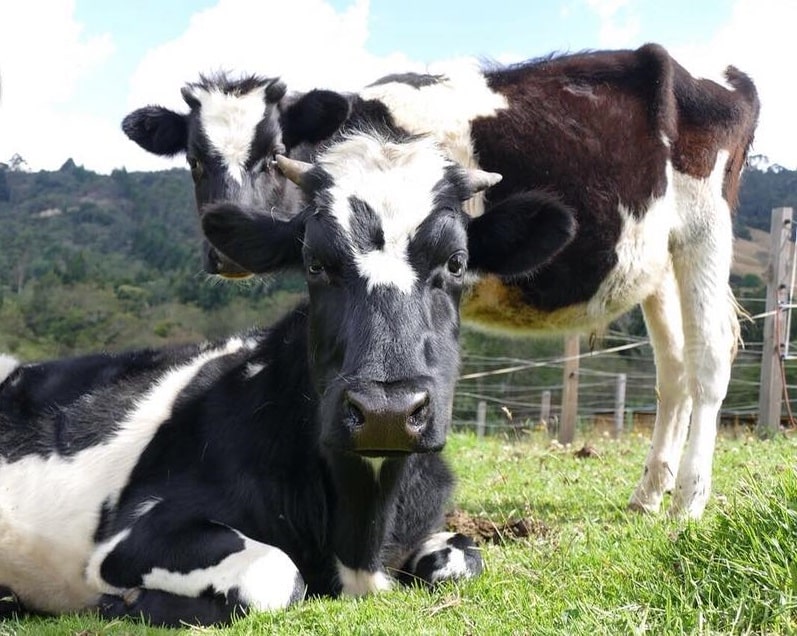 What’s interesting is that the other cows didn’t alienate Bernie and they accepted him even though he played with dogs all day long. Nonetheless, check out the next picture to find out what’s Bernie’s biggest attribute! 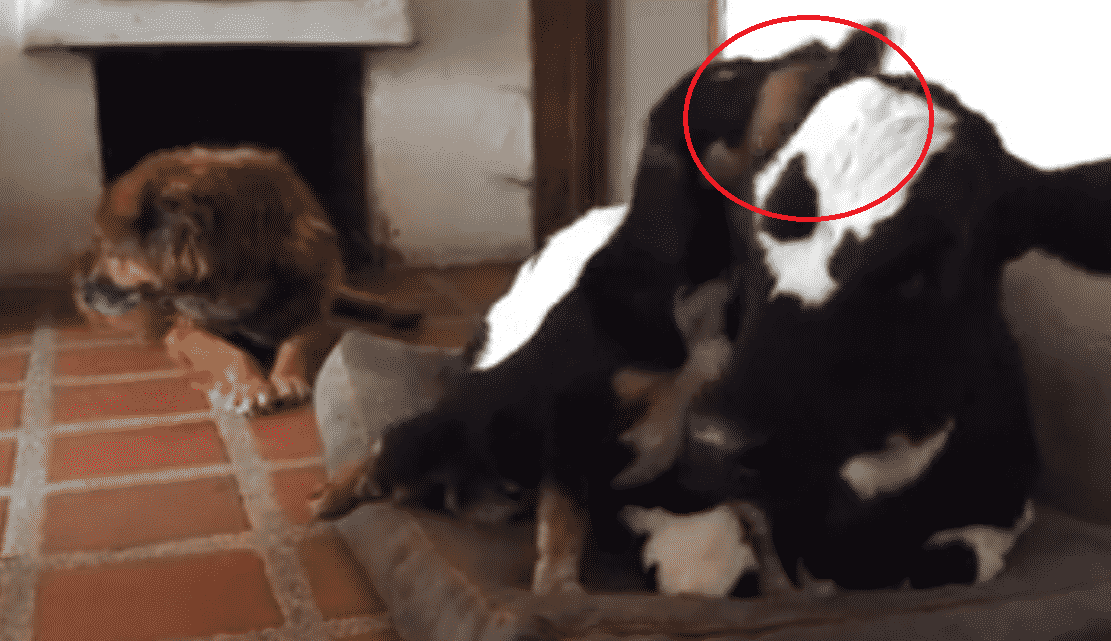 Bernie is not good just at socializing with other animals, but he is also very patient with them. Just look at how Sri Ram is playing with his ears while Bernie sits calmly. 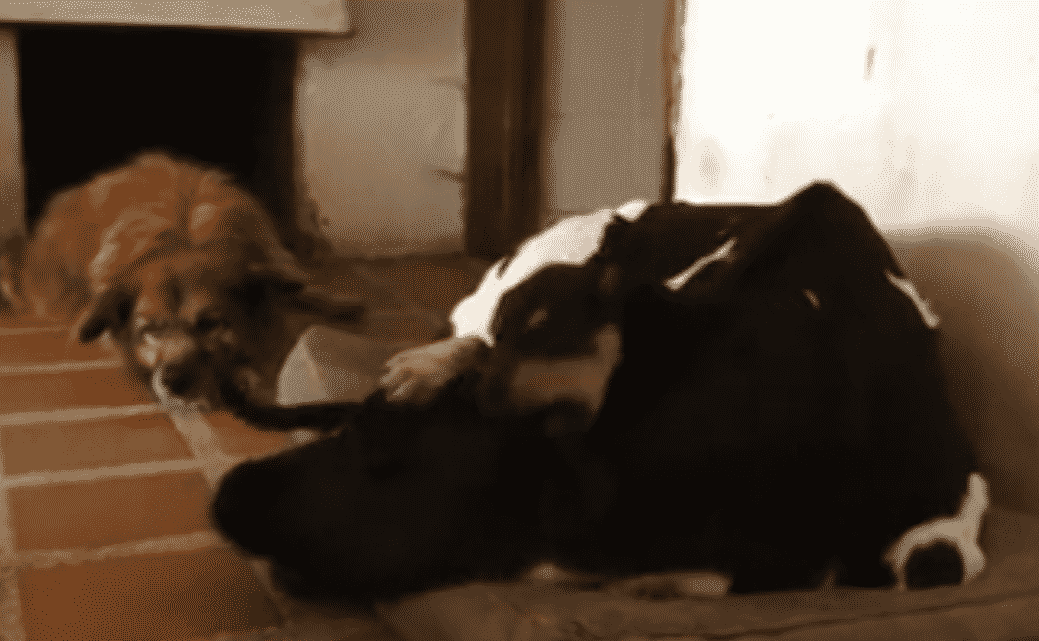 Bernie lets Sri Ram have his fun and doesn’t interrupt him. It’s like Bernie knows that Sri Ram needs a friend and that no one taught the little doggy how to behave. 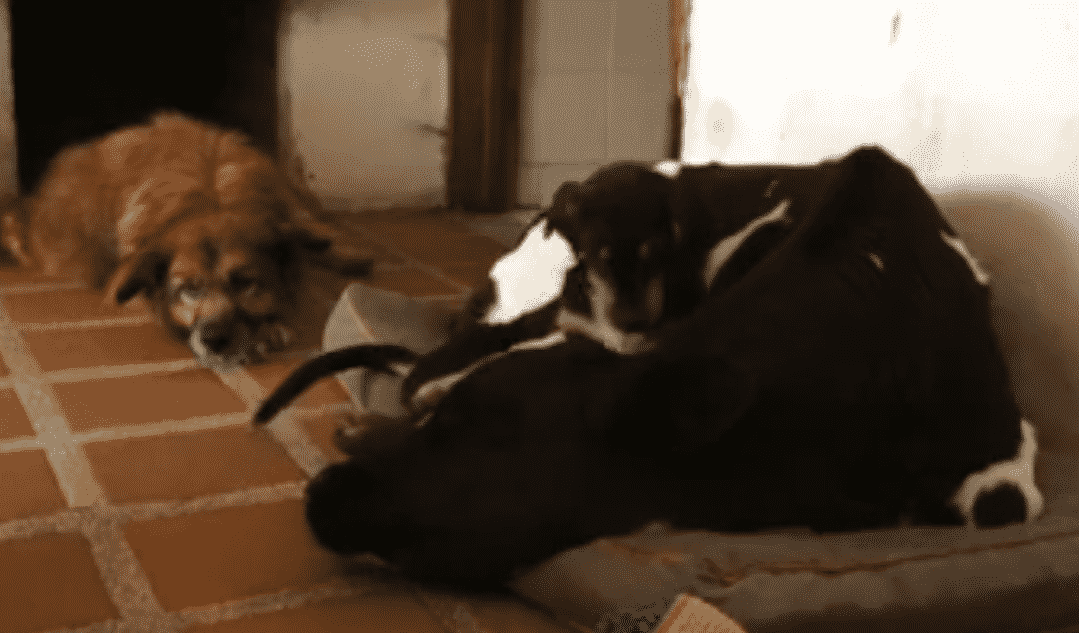 After taking a closer look at these pictures, we think it’s safe to say that Sri Ram is also making sure not to hurt Bernie’s ear while playing with it. The friendship between these two is strong and the way they act around each other is incredible.

Isn’t it hilarious how the other dog just looks at how Sri Ram is messing with Bernie’s ear? I bet that the other dogs are amazed too at seeing this strange friendship. 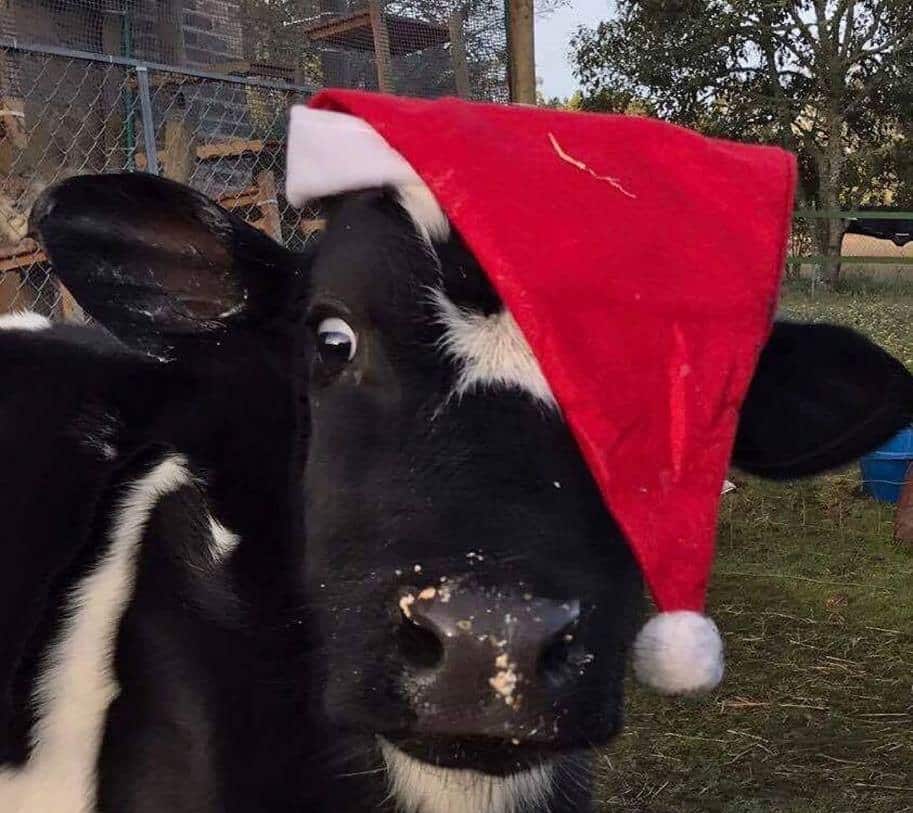 Sri Ram was lucky that Bernie was there when he needed him the most. If the veal calf didn’t befriend Sri Ram and introduce him to the other dogs, Sri Ram would still be a sad puppy.