Talking to animals is a bit difficult, and we’re excluding Koko from the equation, as he’s the gorilla who knows to use and understand sign language. We’re talking about whales and the way they communicate with us. It’s a bit weird, yes, but bear with us, because this story is one of a kind!

Just when you thought you’ve heard it all, a man saw a whale that was trying to make him understand that something was wrong. And when the man got closer, it was obvious the whale was slowly dying if it didn’t get some help…

Mick Menigoz is a boat captain and he organizes tours for people who want to watch whales in California. But one day, he saw a humpback whale that looked like she needed some help. But what could he do? 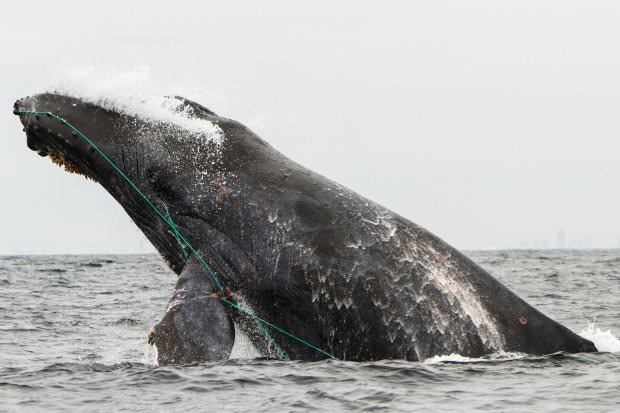 Menigoz couldn’t just dive with his team and help the whale on his own. He knew he needed more people to the rescue mission. Something had to be done fast, of the whale’s life would be in danger!

18. The Team Needed Some Assistance Too 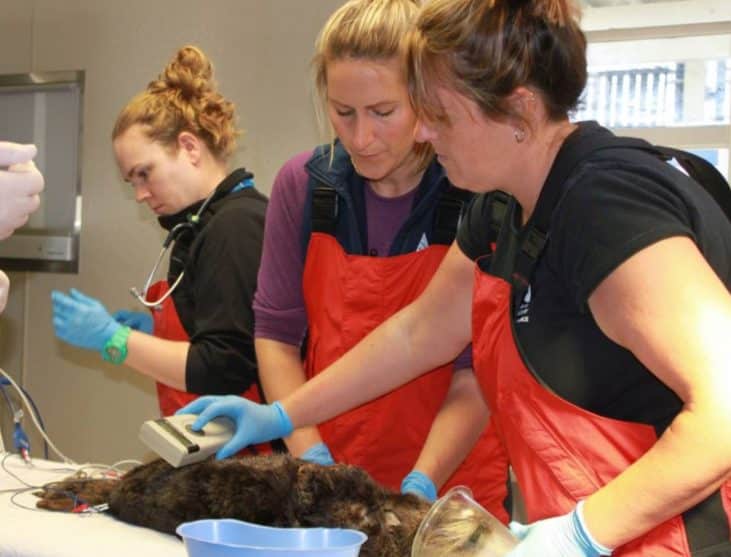 He had a boat, but he needed more than his crew of divers. So, he called some experts at the Marine Mammal Center, who are a nonprofit organization based in California. They had a lot more experience… 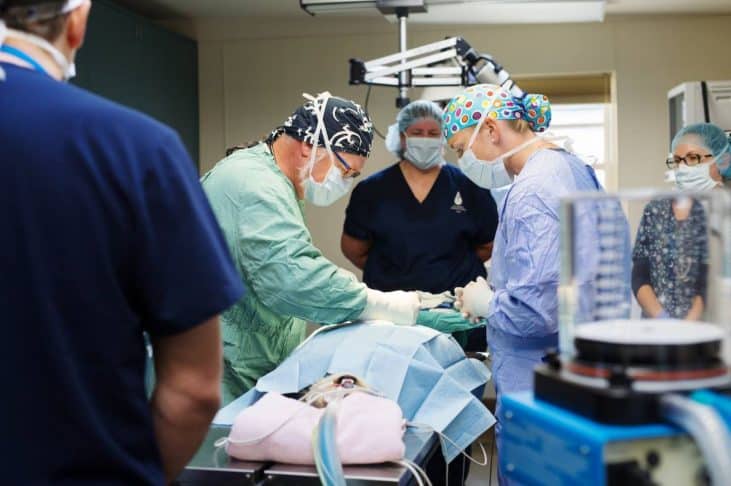 The rescue organization has been saving mammals in the same situation as this whale was and Mick knew they were experienced over decades of saving sea creatures. But this case was one of a kind…

16. Back to the Farallon Islands 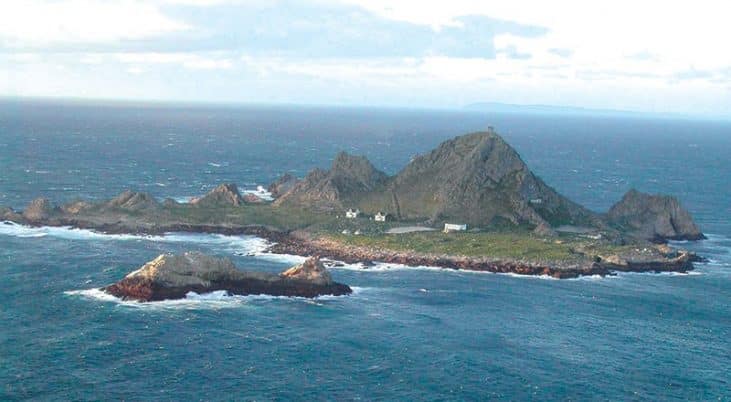 The Marine Mammal Center’s main focus is to save animals that are hurt in the ocean and release them. So far, they have rescued over 20,000 mammals in the sea – sea lions, seals, and whales! Mick reached out and they all went back to Farallon Islands. 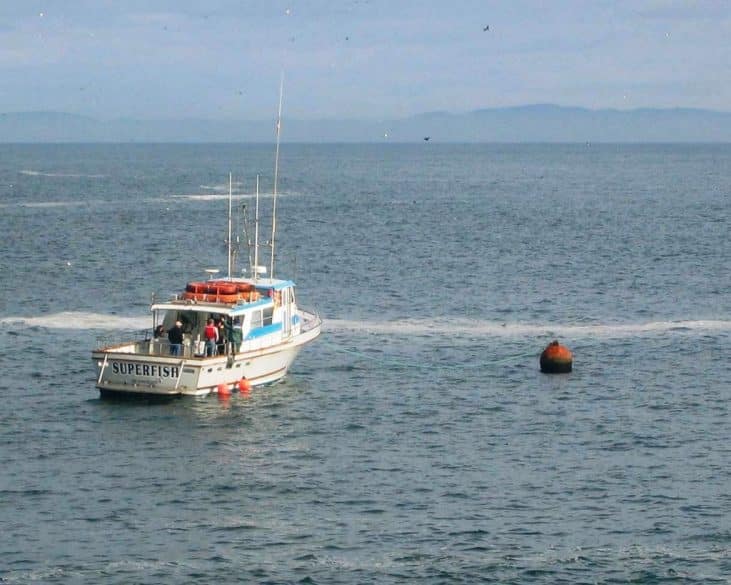 Wondering if they were too late to the rescue, a few crabbers told Mick the injured whale’s last location. So they went to the place and hoped the whale was still alive. Then, they reached her: she was 50 feet long! 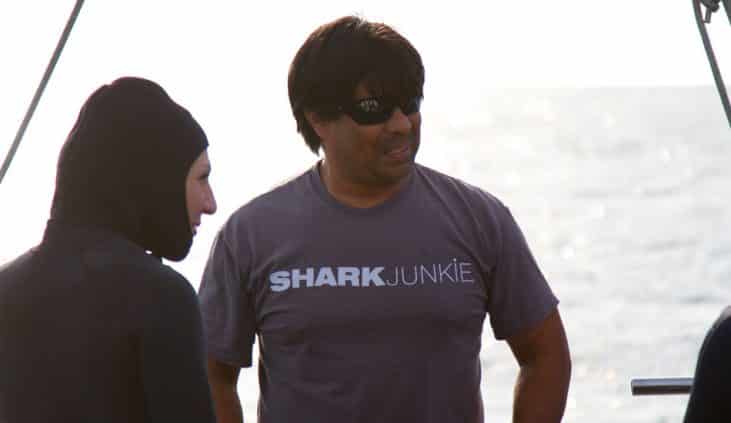 The troubled whale was still alive, but something was not right. She had an awkward swimming pattern. She kept remaining at the surface of the water when normally, a whale comes to the surface to take a breath and then it dives back… What was wrong with the poor whale? 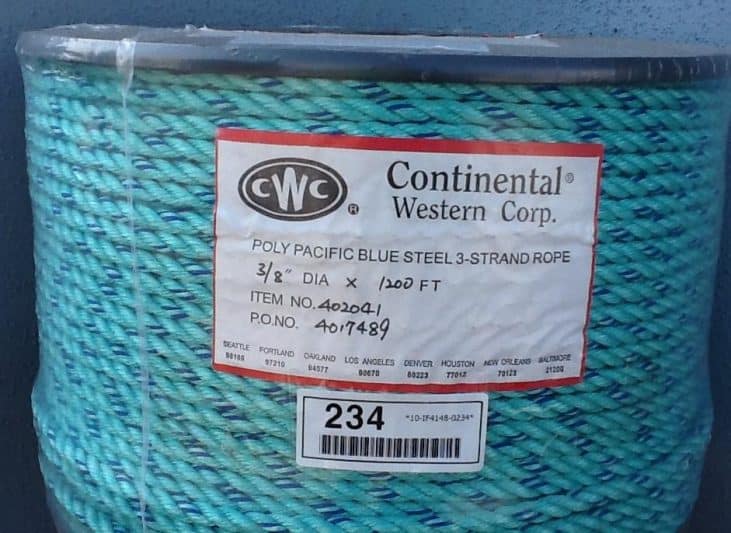 The lead diver, James Moskito, knew something was wrong. He and his team dived and immediately saw what was wrong. The whale was caught in a very strong rope, called ‘blue steel’. She was trapped… 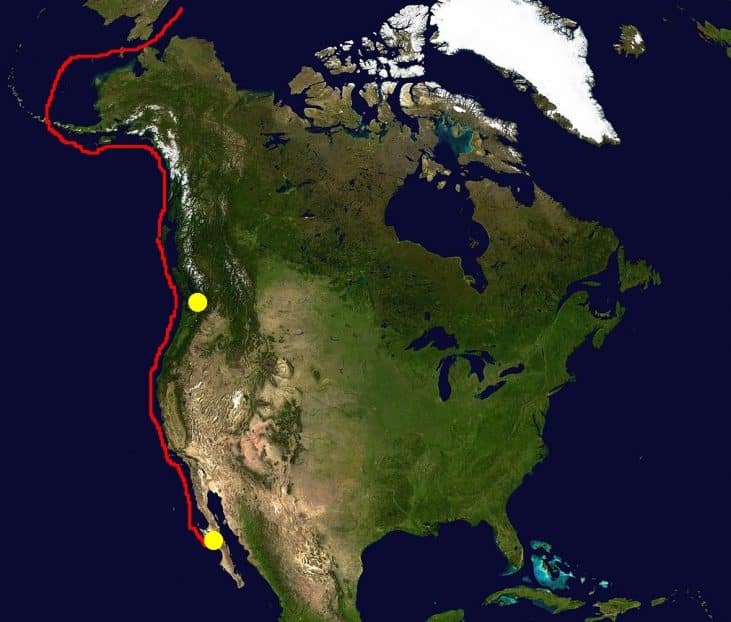 Crabbers used the rope to attach their traps to buoys, but the rope should have been at the bottom of the ocean. The whale had no chance of surviving if the rope wouldn’t have been removed. But it was easier said than done… You won’t believe what they did next.

11. She Was Asking For Help 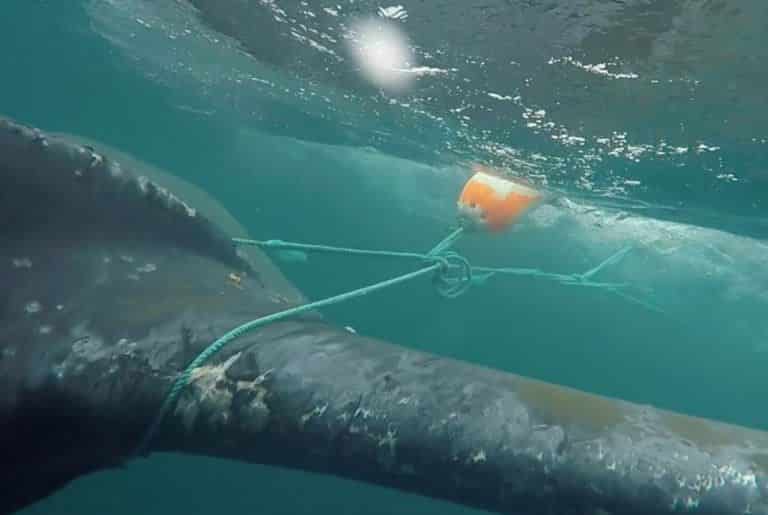 There were almost 250 feet long ropes around the whale and she couldn’t move freely. And then, when the whale came up to take a peek above the water, she looked at the divers as if she was begging to be helped, said James. 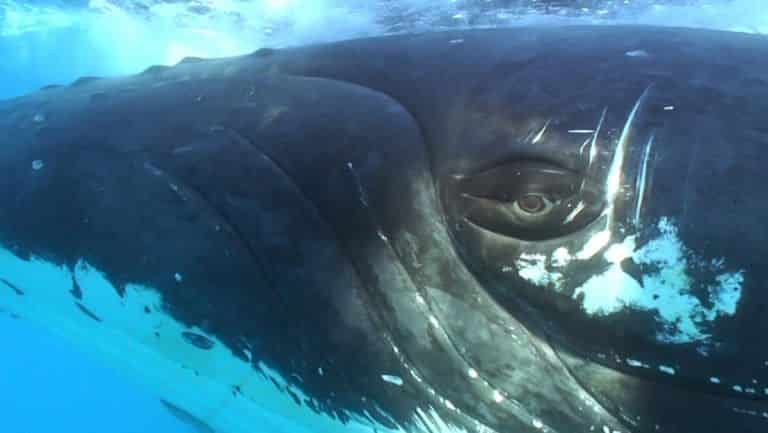 James said that ‘the whale came up on a breath, came up, put its eye above the surface, looked at me–I could tell it was looking at me–and just stayed there’. She was silently waiting to be rescued. And when they got closer…

9. The Whale Was Suffering 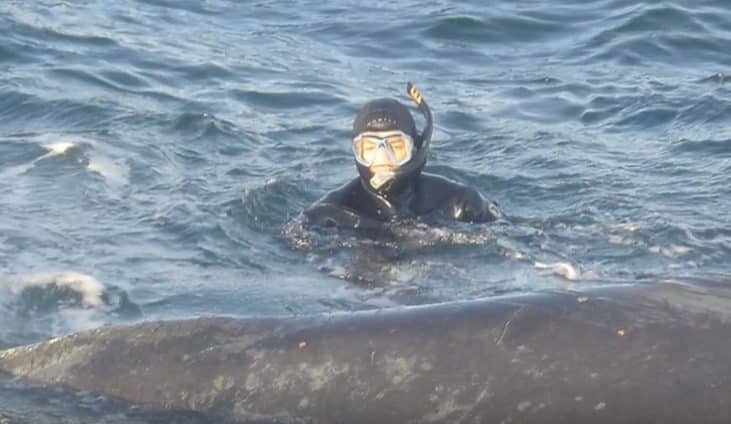 The whale was in terrible pain, as the ropes tore into its body, tearing bits of blubber and as she struggled to get free, she was making it worse. The divers didn’t have much time to help her, so they dived under the whale… It was shocking! 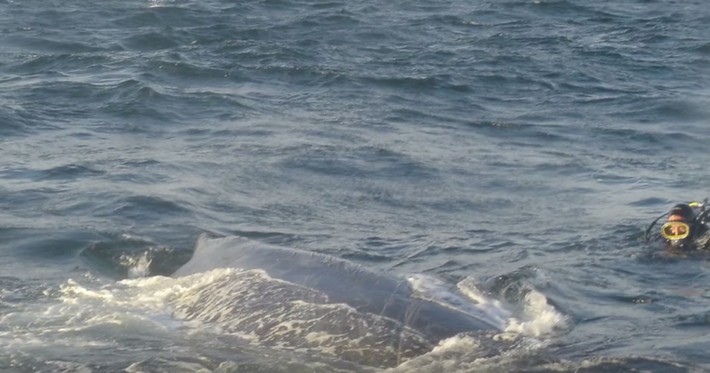 Diving under the whale, James couldn’t believe what he saw. Not only the whale was all tangled in rope, but there were lines all around her, going through her mouth and twisting around its tail. James lost hope…

‘I was the first diver in the water, and my heart sank when I saw all the lines wrapped around it’, said James. he also said that in those moments, he ‘didn’t think we were going to be able to save it.’ But they had to try! 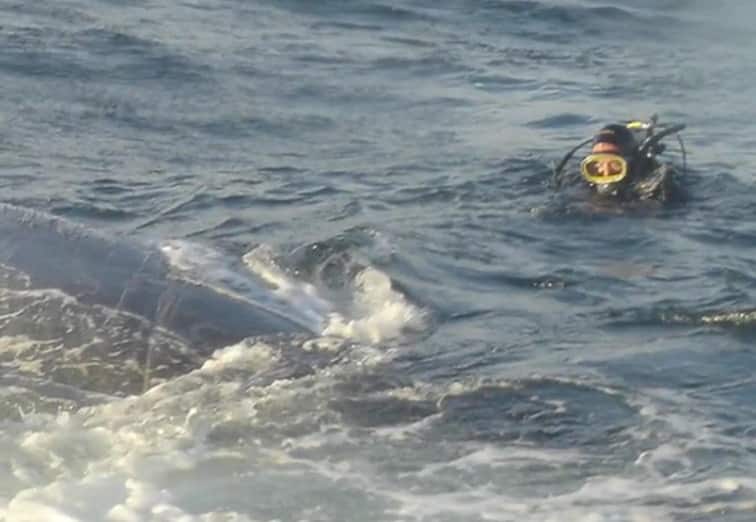 It was even worse! The whale constantly came up to get air and remained to the surface, because deep underneath her body, there was a 3,000-pound anchor that kept pulling her down.

5. Trying to Stay Above the Surface 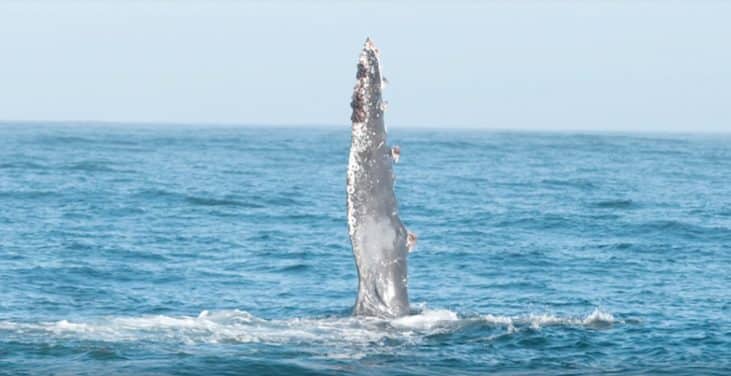 The poor whale was struggling to keep her blowhole above the surface of the water, fearing that if she went into the water, she might never be able to come up for a breath of air. Thankfully, she was a gentle mammal! Five hours later… 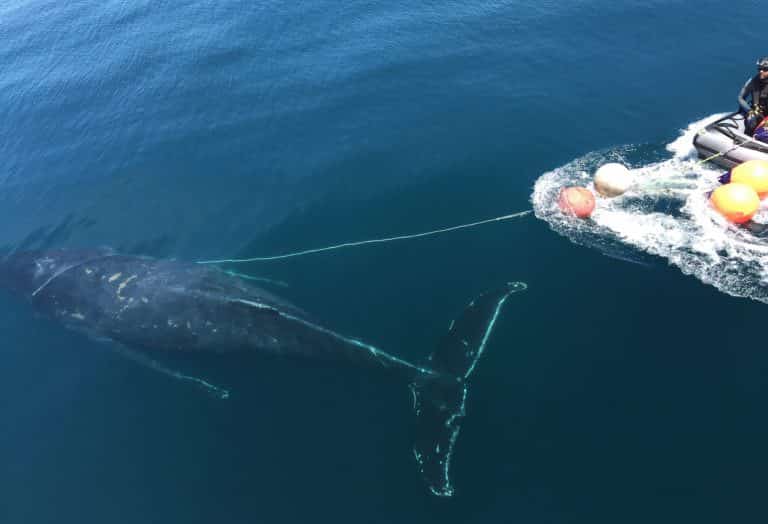 The divers were lucky that the whale was swimming gently, as a flick of the tail could have caused serious injuries to the men. But even with the danger lurking, the men couldn’t back down. They had to save the whale! 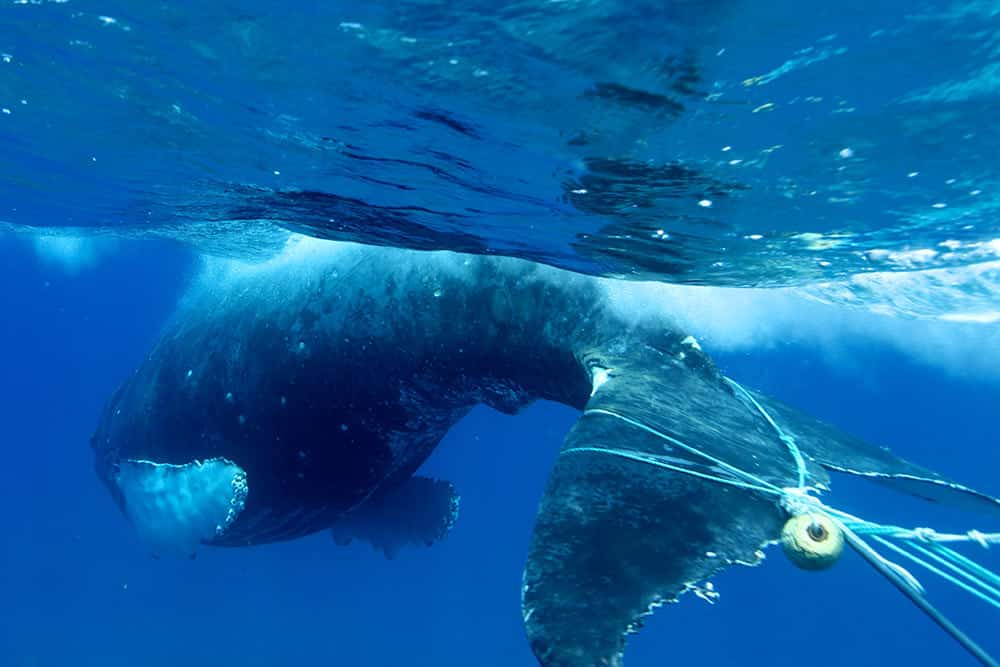 It took the team five long hours to set the whale free. And then, James witnessed a most remarkable moment: ‘Next I know, I have this whale coming right up at me… it was like a slow-moving bus’…

James continues: ‘It literally stopped six inches away from my chest, and then nudged me forward like your household dog does when he wants to be pet.’ So he petted the whale. And then, she kept asking for more!

1. The Whale Knew She Was Getting Help 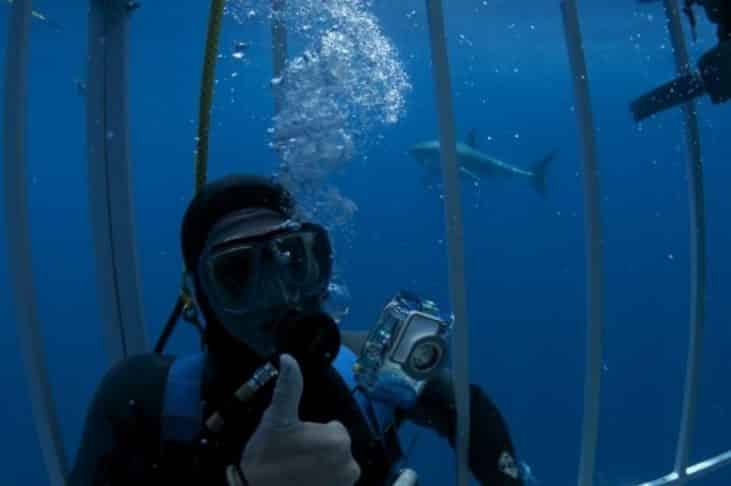 ‘It turned on its side and put its eye right next to me, and looked. I started petting her again, so it was definitely a feeling of affection.’ Everyone was so proud that the whale has been rescued and James even got an unforgettable thank you from the creature he loves so much!