Firefighter Saves Puppy From Burning Home, Refuses To Give Up On Him When He Stops Breathing

We all know man’s best friend is the dog. Our pooches would go through many dangers to protect and save us. But however courageous they are, it’s our responsibility to take care of them and even return the favor. Andrew Klein was doing his job, responding with his coworkers to a fire. He works at the Santa Monica Fire Department in California and he didn’t give up on a little pooch whom he saved from a burning home.

20. Meeting Marley For the First Time 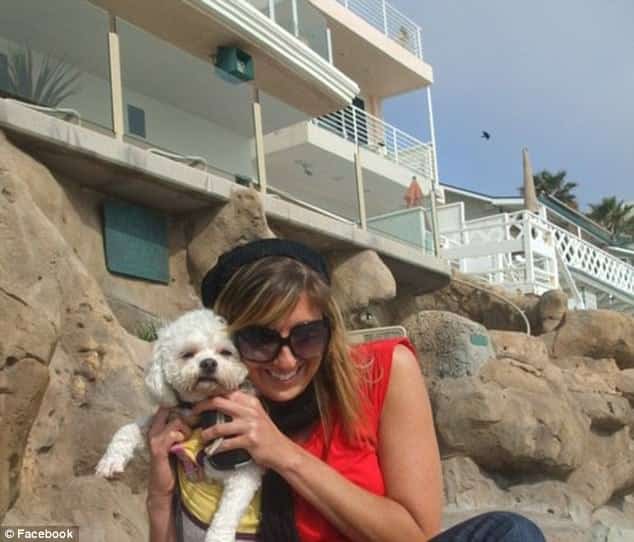 Caitlin Strischek’s pooch called Marley had a difficult life when he was little. She adopted the dog from a person that hoarded animals. Since then, for a few years, Marley had a happy life with his new mommy. 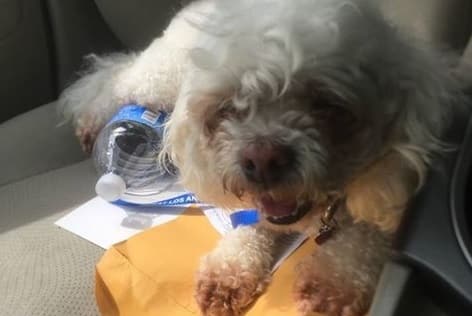 The woman chose the apartment she lived at that moment because it was very close to her office and on her lunch breaks, she came home to take Marley out for a walk. But one day, she saw her apartment building was in flames!

18. Marley Was Trapped Inside! 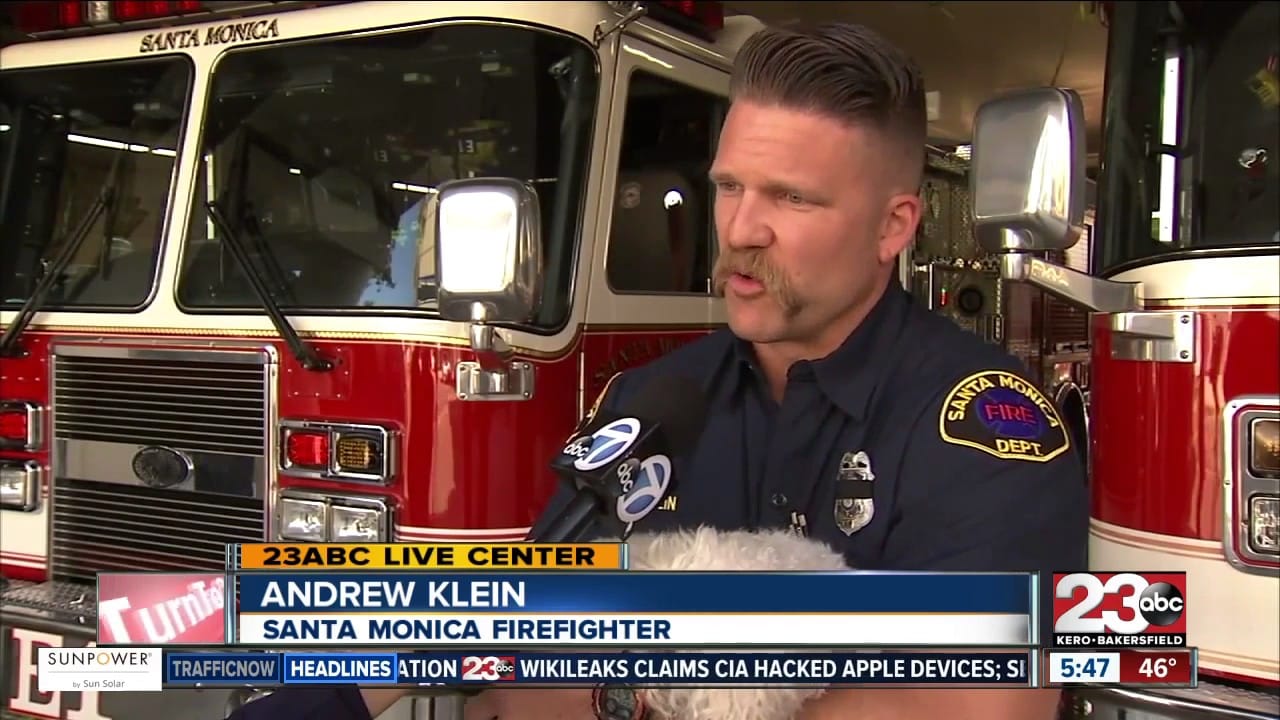 Marley was seven years old and he was alone in the apartment. On a Friday morning, she saw smoke coming from her building and immediately rushed to enter and get Marley out, but the firefighters didn’t let her… She was heartbroken. 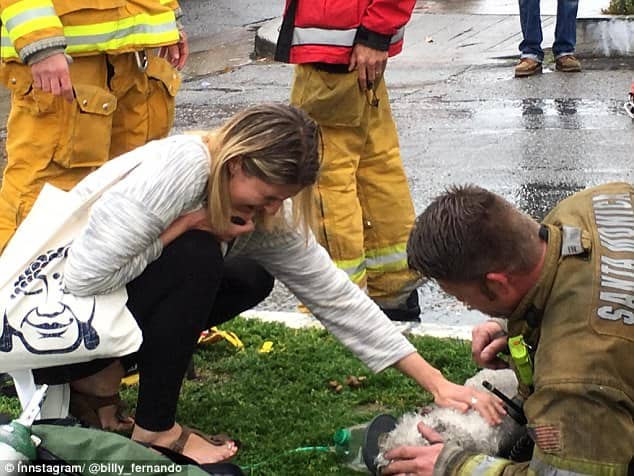 Caitlin was willing to face the flames to save her pooch, but one firefighter stepped in and got inside to save the dog. If you look for the Santa Monica Fire Department dog rescues on the internet, you’ll see they’ve rescued many pets so far! You won’t believe what happened to our pooch… 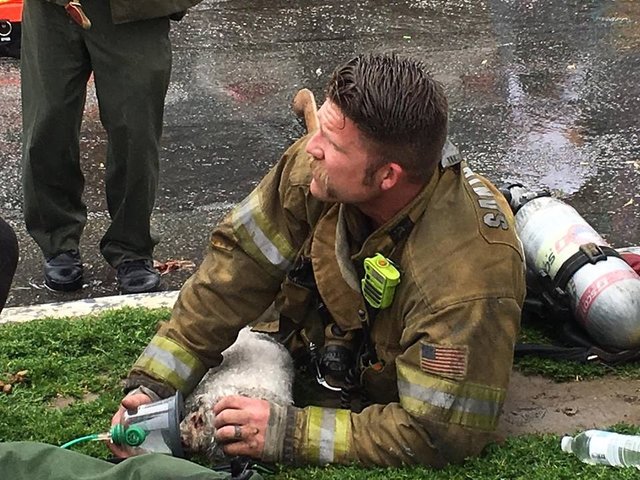 Andrew Klein and many other firefighters from the Santa Monica Fire Department are the heroes this world needs. They’ve saved many pets from fires and restored hope among heartbroken families that almost lost their lives. 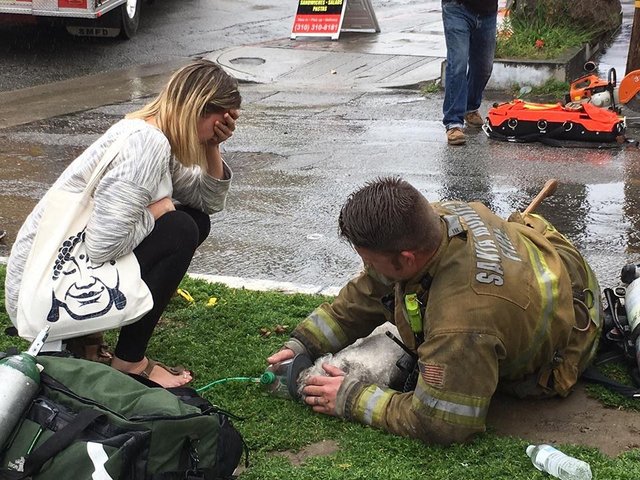 If you’re wondering who took the photos, then you’d say it’s fate. A portrait photographer, Billy Fernando, was driving by the burning building when he spotted the firefighters. He pulled over to watch the firefighters… 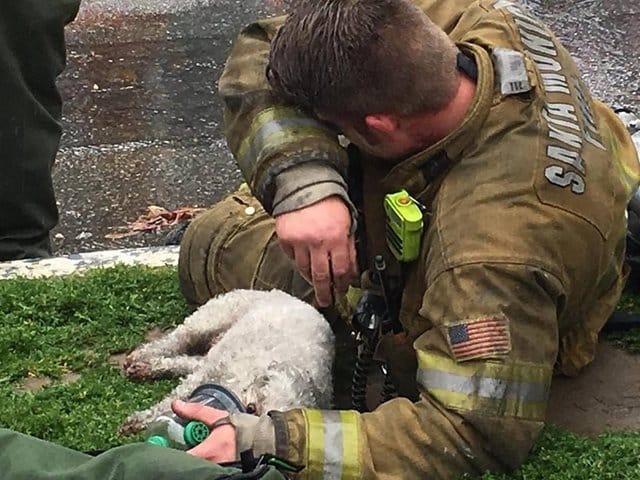 Little did Fernando know that he was going to be the witness of a miracle. He was watching the firefighters working and said: ‘As I was standing outside, I saw the firefighter, Mr. Klein, running toward the curbside grass area carrying something’. The owner was in tears! 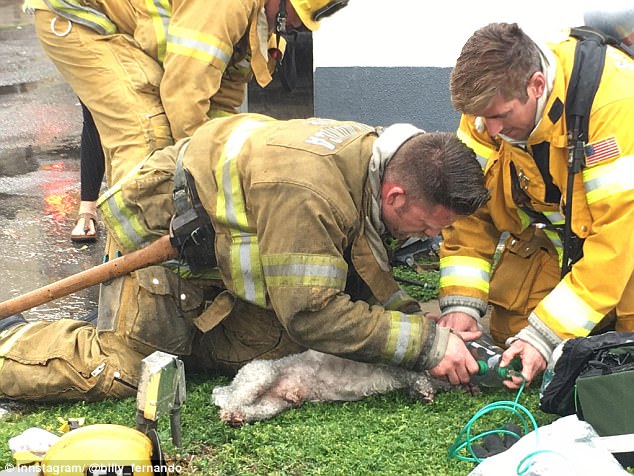 Klein was carrying Marley, realized Fernando: ‘I didn’t know what it was at first, but then I realized that it was a pet who had been trapped in the fire. The dog was unconscious, limp and not moving at all’. Fernando took out his camera… but was it too late? 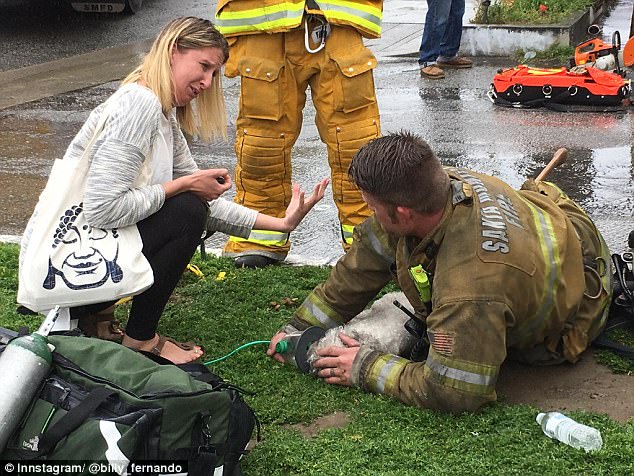 Fernando started taking pictures when he saw that Klein put the oxygen mask on the dog. Marley was ‘overcome by heat and smoke’, said a press release by the fire department in an interview… But the pooch was strong! Will she make it? 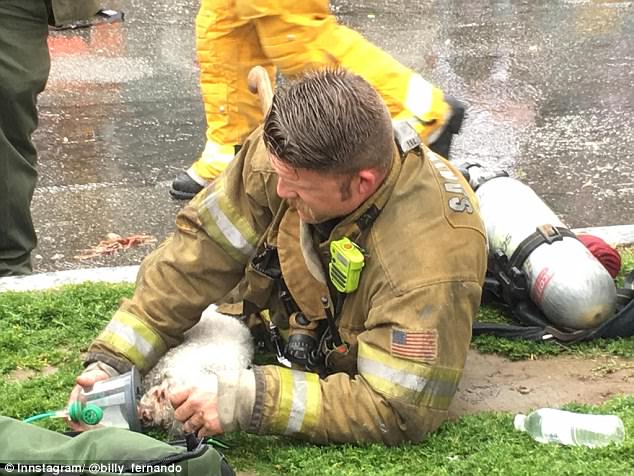 With the dog’s owner looking desperately at her pet and at Klein, the firefighter used the oxygen mask until he gave up. He was going to try a different approach. This is what Fernando saw… 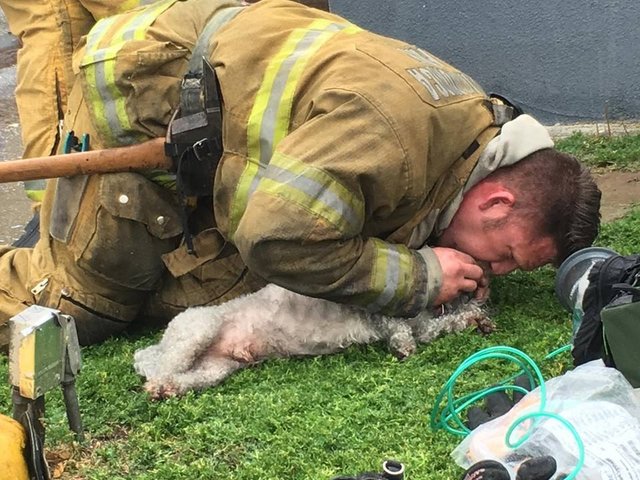 Klein was not done saving lives that day. Fernando said that ‘just a minute after, he began performing CPR on the pet without any hesitation. It was an awe-inspiring moment’. Caitlin was watching in horror as her dog was still not responding! 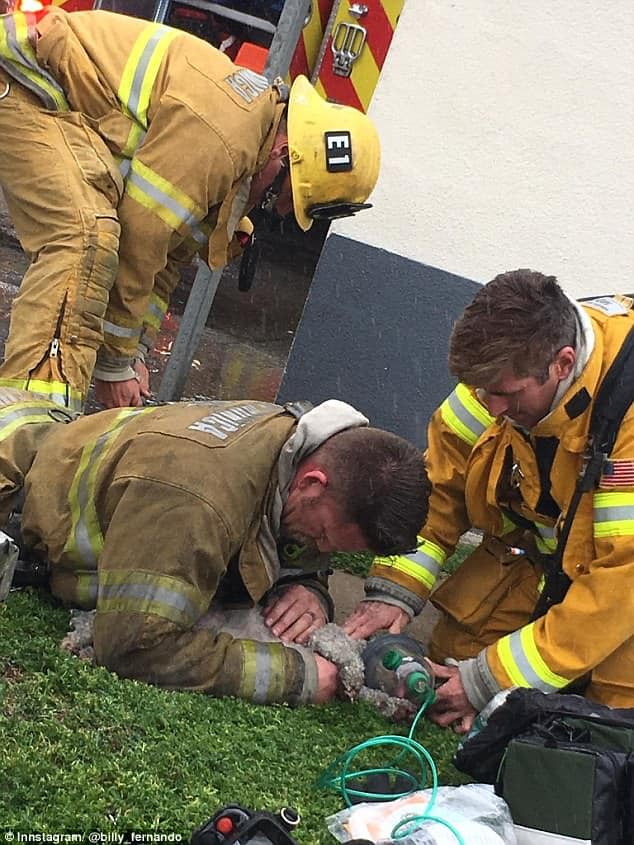 ‘She was terrified the dog wouldn’t make it,’ said Fernando. Klein was exhausted, but he didn’t give up. It took him 20 minutes to revive the poor dog, who started stirring. Everyone witnessing the moment sighed in relief!

8. Marley Came Back to Life! 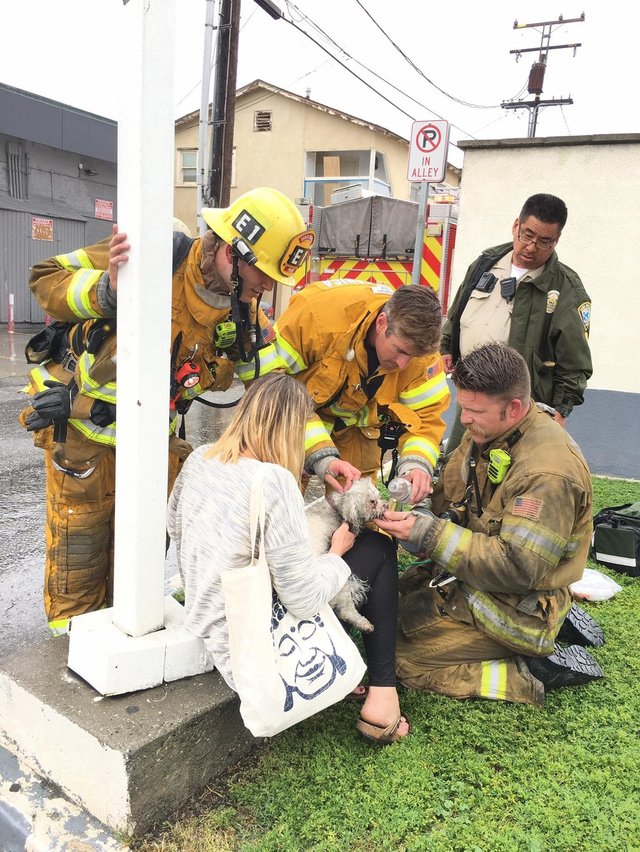 ‘It’s as if the big weight lifted off my chest. I was overwhelmed with joy and tears,’ said the photographer. He would have never guessed that he will witness a dog coming back to life! So, how was Marley feeling? 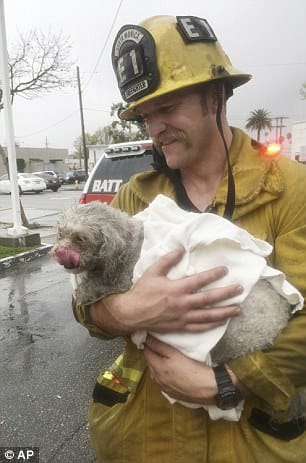 It took a few minutes for Marley to regain his strength, but his life was out of danger and he just seemed a bit confused. Fernando said that ‘The owner was in tears. Everyone was very happy with the ending.’

6. We Are Proud of Our Firefighters! 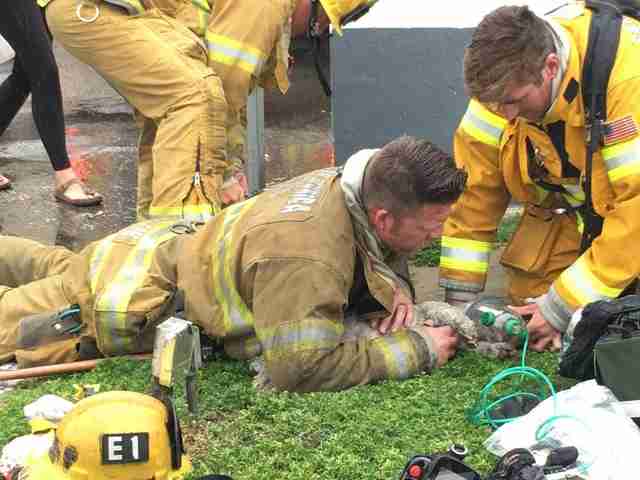 Fernando carried on with his story, saying that ‘firefighters have always been a role model for me, and I admire them deeply for what they do for the community. Being able to see this moment was really a privilege!’ 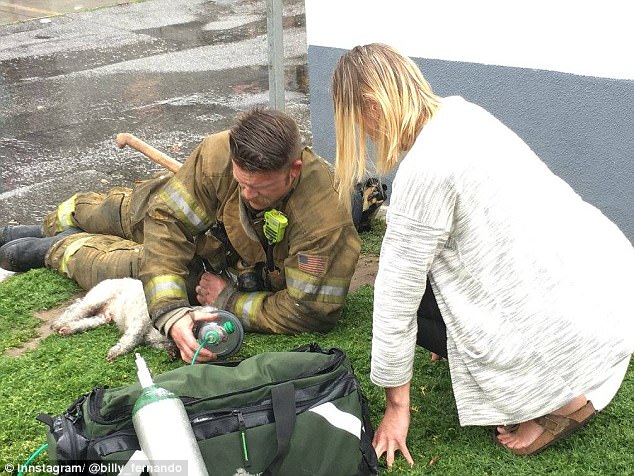 Perhaps for many firefighters, these cases are common, but for many of us, their dedication and courage helped save lives, be it a pet’s life or ours. And Marley got to visit and properly say a little thank you to his hero…

4. Thanking Klein For Saving His Life 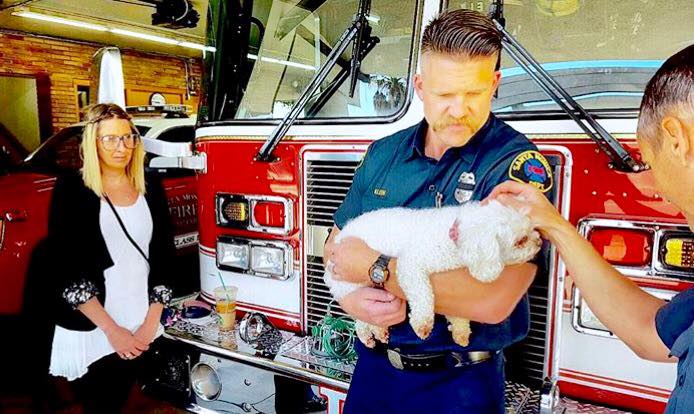 Caitlin went to the fire department after Marley got better from his ordeal. They visited Klein to thank him for his effort in saving the little fluff’s life. And looking at Klein, we can see that he loves animals! 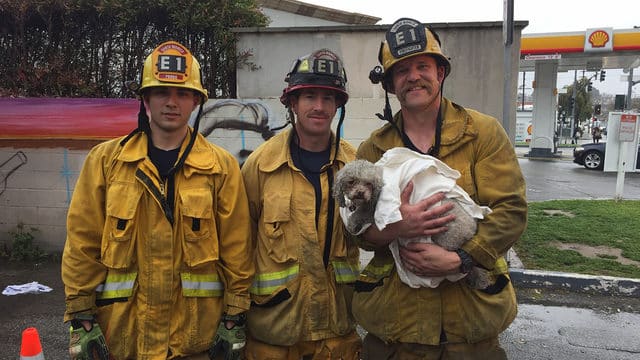 Firefighters have saved a lot of animals’ lives from burning buildings, floods and other calamities and we owe them everything. And if something bad happens to our dogs, look for a video on CPR for dogs. 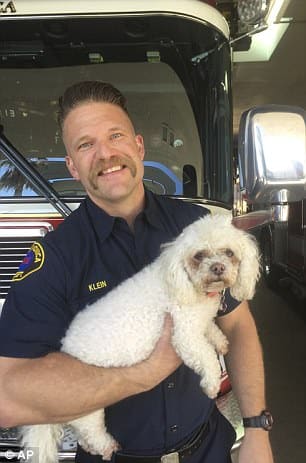 Check a video of a specialist that explains how to perform CPR without causing further damages to the dog. First, you must check the pulse of the dog or if they’re breathing. If not, they will need immediate CPR. 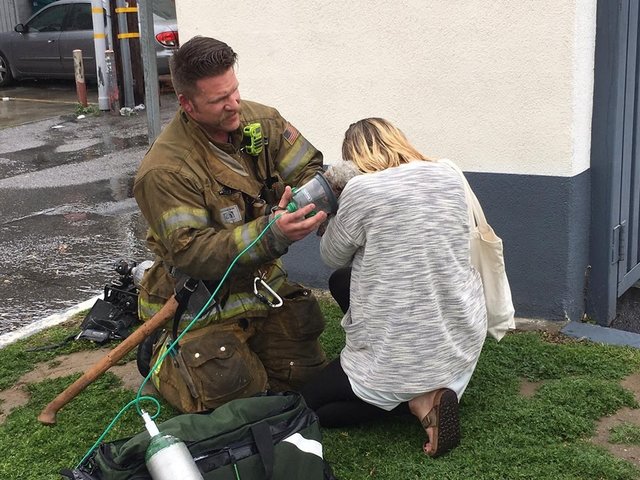 You too can save your dog’s life if you learn how to properly perform CPR. We all love our dogs and would do anything, so it’s better to be prepared in case of an emergency.

It’s so great that Marley got saved by a man that didn’t lose hope!