Adorable ‘Free Puppy’ Gets Adopted By Young Man. Then He Realizes This Unsettling Fact

When you love animals and by chance, you pass a sign that says ‘free puppy’, it’s impossible not to stop by and check the pooch. So did this young man in Tucson, Arizona, when curiosity got the best of him. He knocked on the door to ask about the pup and when he saw those beautiful amber eyes, his heart completely melted.

You could say it was love at first sight! The pup went to his forever home with the man. Little did he know that his puppy wasn’t actually pet material… 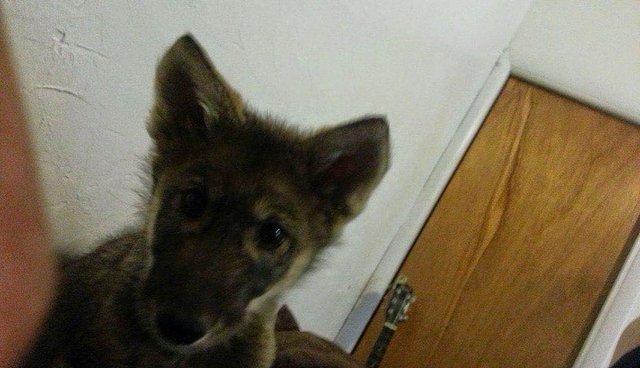 After getting home with the pup, the young man named him Neo. Soon, he found out a few things about his best friend. The pooch wanted a lot of attention and he seemed a bit nervous when taken on walks… 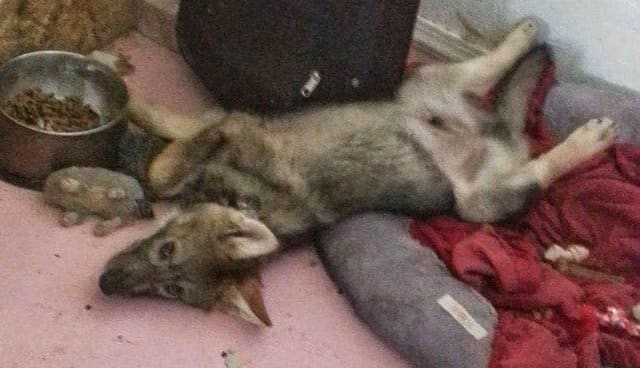 Many new owners of dogs don’t know all the aspects of dog behavior, so Neo’s owner thought that his pooch was a bit different. You won’t believe how much different Neo really was! 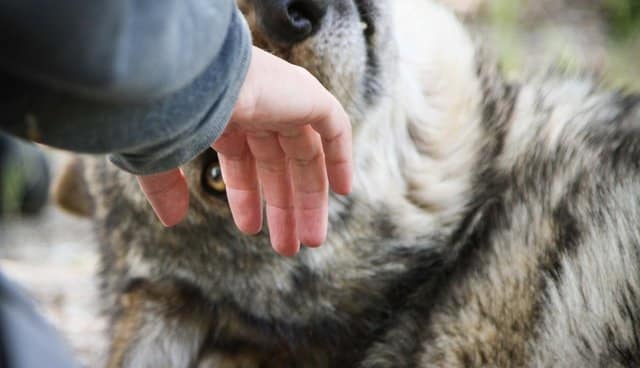 Neo’s owner couldn’t take care of Neo all day long, and the pooch was very attached to his human. So, when the young man had to go to college and to his full-time job, Neo had to stay alone in the backyard… 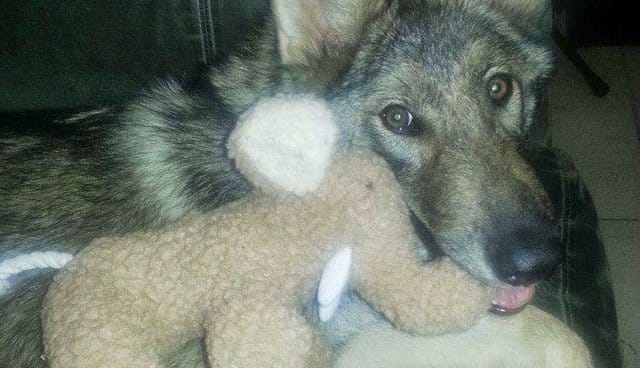 Neo was a bit skittish around other people and he constantly tried to jump his fence to get to the neighbors’ dogs and play with them. Then his owner built a higher fence, but you won’t believe what he did after that! 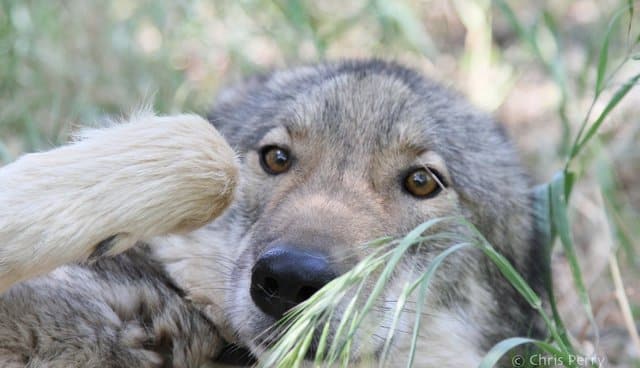 If the fence was too high to jump, Neo would chew it off, or dig under it to visit the dogs. Then, one day when his owner was gone, the neighbors had enough. It might sound crazy, but they took Neo away!

15. Going to The Humane Society 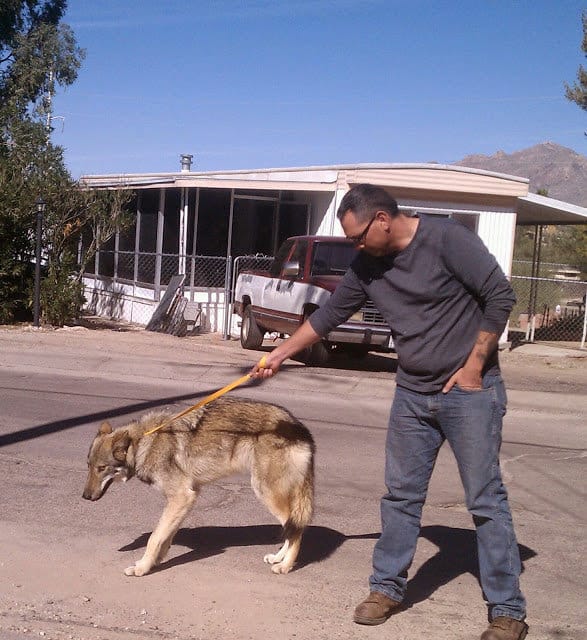 It wasn’t their right to do it, but the neighbors took Neo to the Humane Society of Southern Arizona, without announcing the owner of the dog. They thought the shelter will contain the pooch until the owner comes back to deal with the situation. But something else happened… 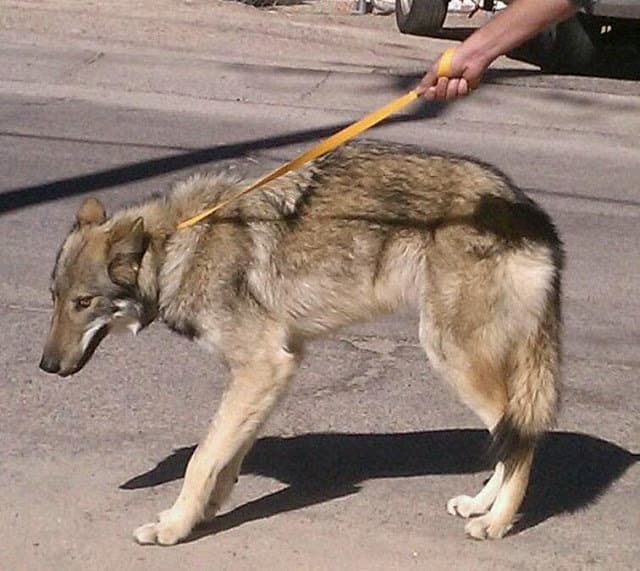 Maureen O’Nell was the CEO of the Humane Society of Southern Arizona and she remembers perfectly when she first saw Neo. She said: ‘One morning before our animal welfare campus opened to the public, I was outside with another staff member’…

13. The Dog Had a Weird Behavior 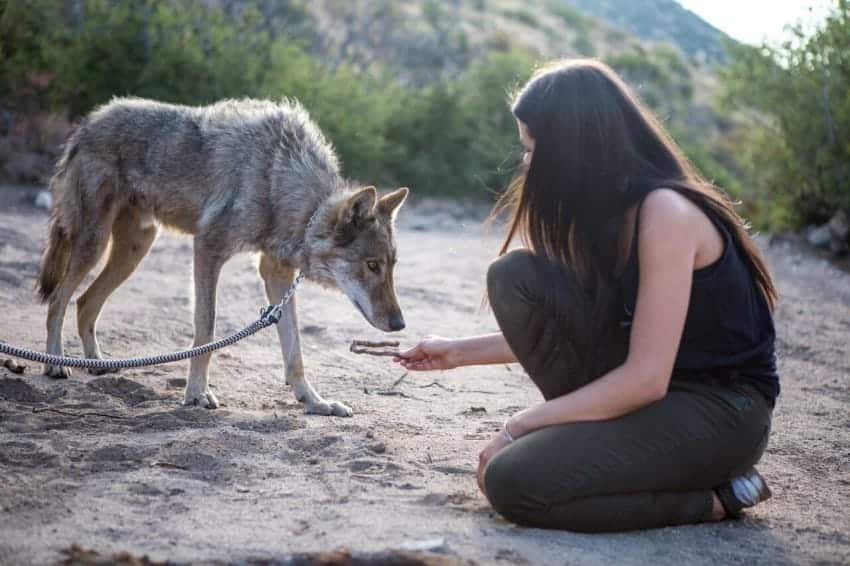 Maureen continues his story: “I saw a couple walking a long-legged canine to the front door. It wasn’t his body composition that made me notice, but his behavior.” Not only the neighbors, but even Maureen knew there was something wrong with Neo! 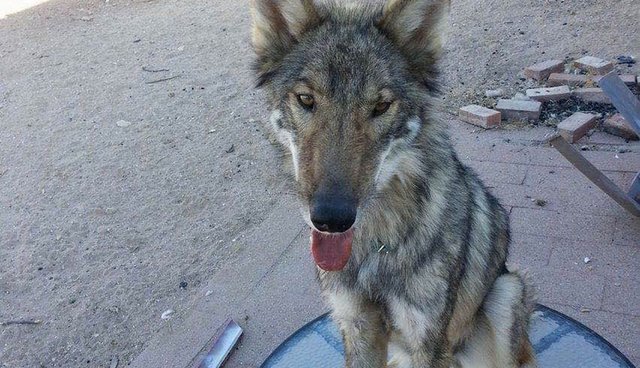 “Neo was completely avoidant of human interaction. The couple walking him seemed, as best as I can describe it, perplexed,” said Maureen. The woman knew what Neo was, but the neighbors didn’t have a clue! 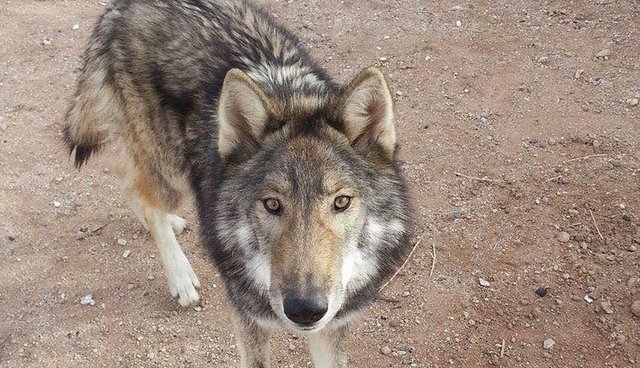 Maureen approached the couple and asked them this shocking question: ‘You know that isn’t a dog, right?’ The neighbors had no clue, but they responded ‘we were wondering’. So, what was Neo, if not a dog? 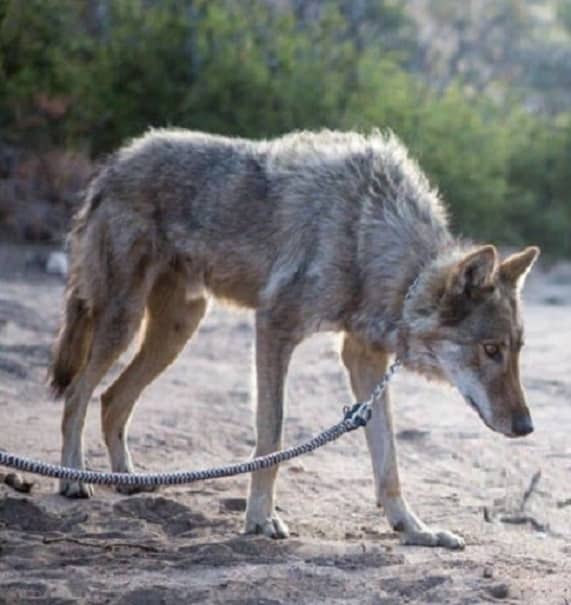 Neo was actually a wolf-dog, meaning that he was part wolf and part dog. And in Arizona, unless you’re a Native American, or you got a special permit, it’s illegal to own a wolf or a wolf-dog. So what was Neo’s fate?

9. Reporting to the Authorities 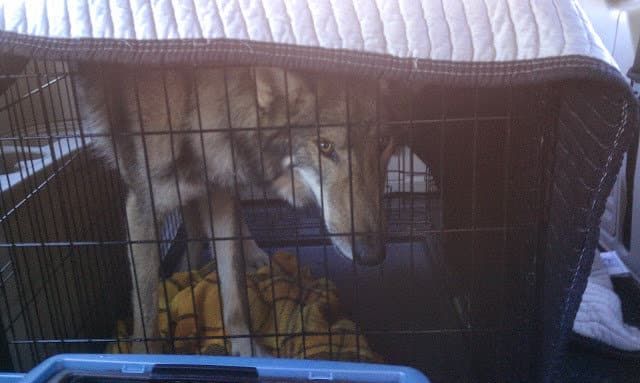 The shelter would have to report the wolf or the wolf dog to authorities. But O’Nell had a different idea that could save Neo and place him in a better ‘house’. She called the owner and asked him if he would accept her idea… 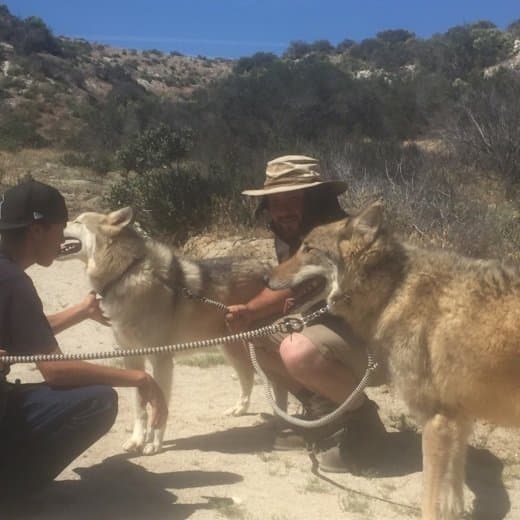 The owner reluctantly agreed for Neo to go to a sanctuary especially created for wolves and wolf dogs. Then, O’Nell called ‘Wolf Connection’ in California, and the sanctuary accepted the pooch. This is what Maureen said. 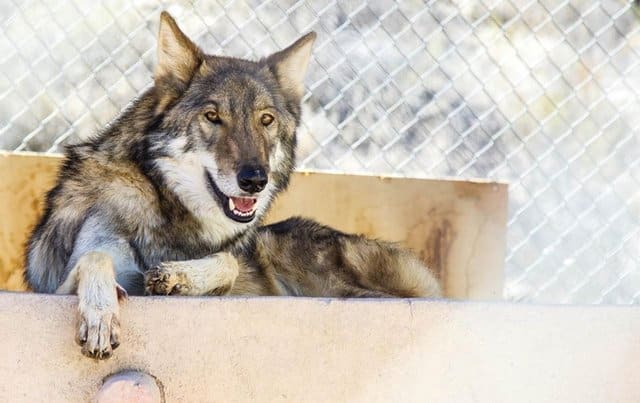 Maureen told the young owner that ‘his boy had a wonderful life ahead of him at Wolf Connection,’ and that made him give up on Neo. And you can see that his best friend was well taken care of! His health was great, said the vets at the sanctuary! 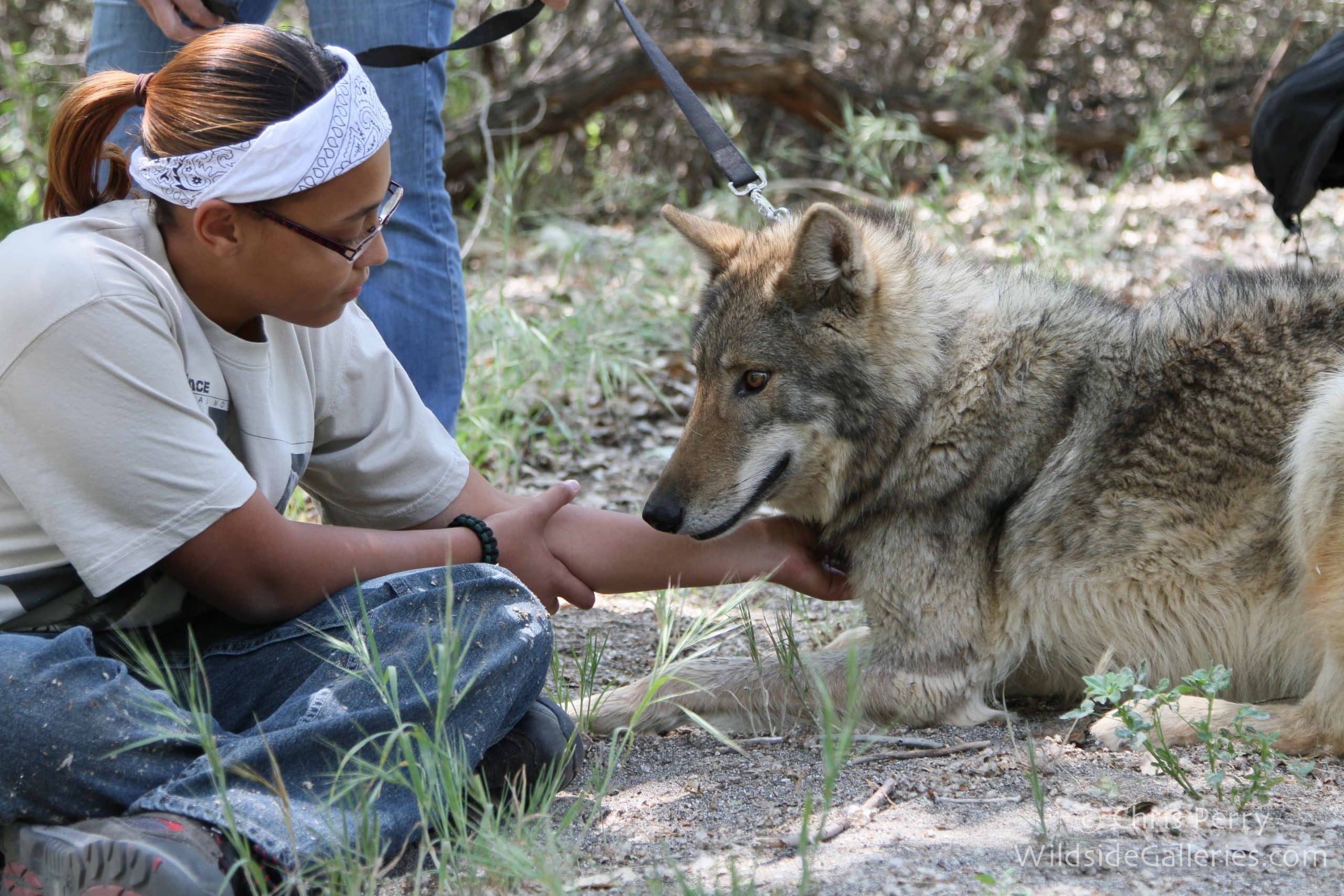 However, when getting there, Neo had to be isolated for a bit to get medical clearance. You won’t believe how eager he was to make his way to the other wolves at the sanctuary… 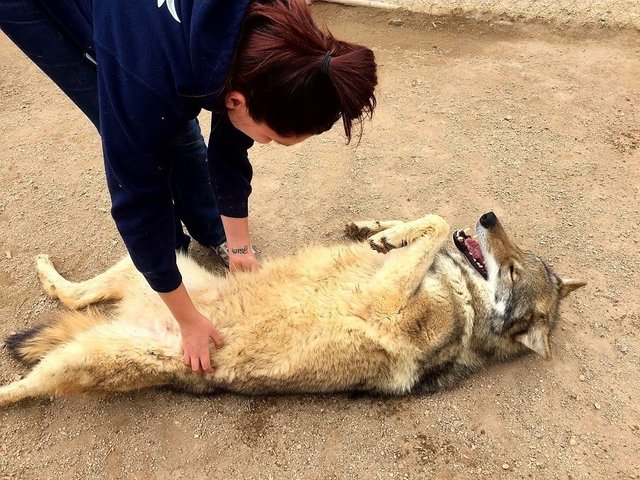 Cate Salansky with the Wolf Connection recalls Neo’s first moments in the isolation kennel. She said: ‘Neo decided that he didn’t like being kept so far away from the rest of the pack…’ So, he fixed the problem… 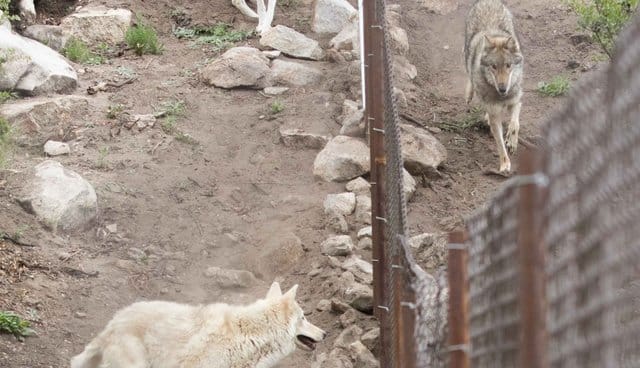 Salansky said that Neo ‘escaped the isolation kennel and went straight to the habitat of Wolf Connection’s alpha female, Maya’. But his escape plans had a happy ending after all, as they fell in love immediately. 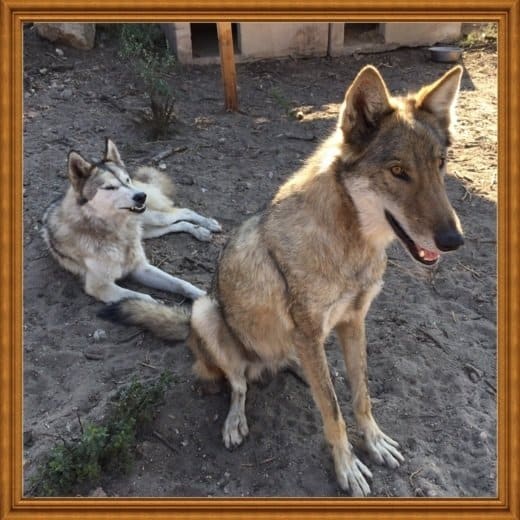 When Neo lived in his backyard, he wanted to escape and stay with the neighbors’ dogs because he wanted his own pack. Now, at the wolf sanctuary, he has a pack. O’Neil’s words brought tears to our eyes… 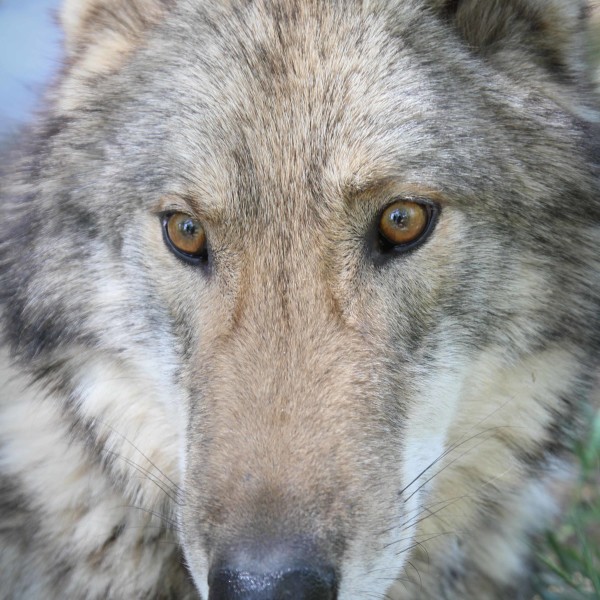 O’Neil said that Neo ‘didn’t wait to see where he fit in with the pack. He knew he belonged.’ Finally, Neo had his pack and he didn’t need to jump fences or chew them off to stay with his new pals! 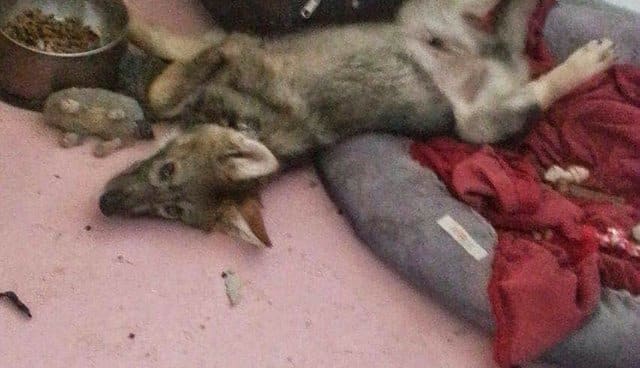 To avoid adopting a wolf or a wolf-dog, check their body. Look for fur inside their ears or on their bellies. They have black claws, amber eyes, and their tails have scent glands shaped like diamonds. Their behavior is similar to Neo’s.

We’re so happy that Neo is in good hands and enjoying his life with the pack. The days being a lone wolf are over!