Everyone loves taking hilarious pictures with their pets, but this English man is taking things to the next level by recreating famous movie scenes with his cat. Not only that, but the man also loves to make parodies of movie posters and they are hilarious! You better get ready to laugh because these pictures are going to crack you up. 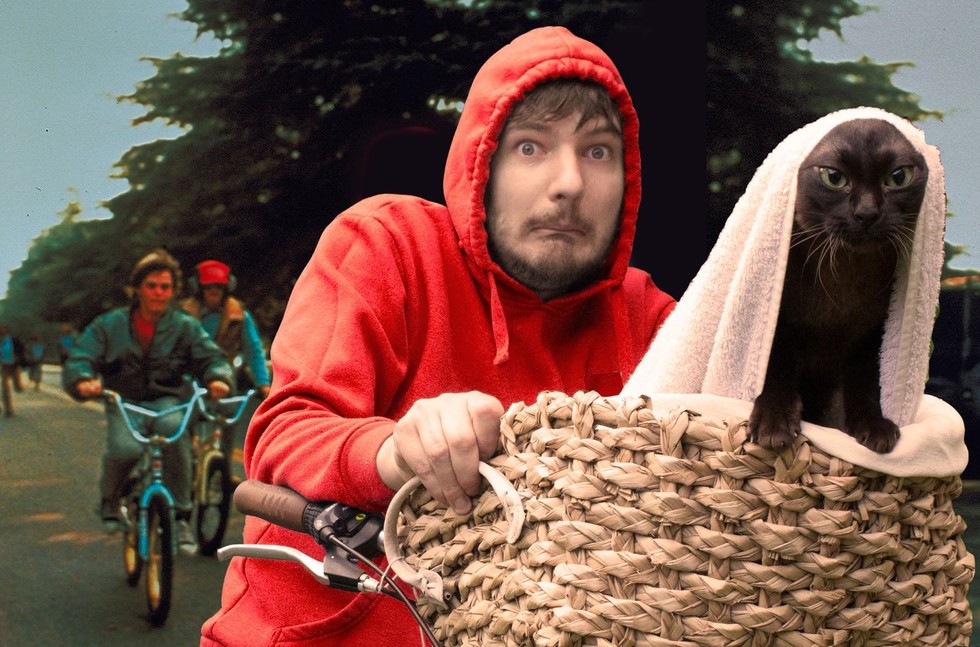 The resemblance between this cat and E.T. is hilarious! You have to love the expression this man is making, he is putting so much effort into these pictures. You better stick around for the next pictures because they are unbelievably good! 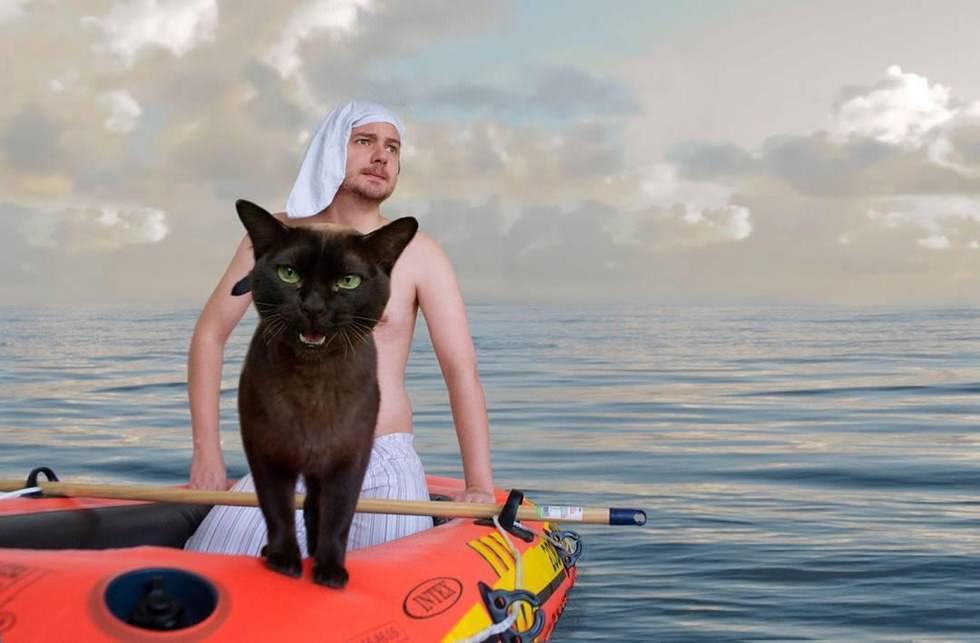 Who needs a green screen and special effects to create amazing movies such as Life of Pi when you can just throw a towel over your head and use a cat instead of a tiger? 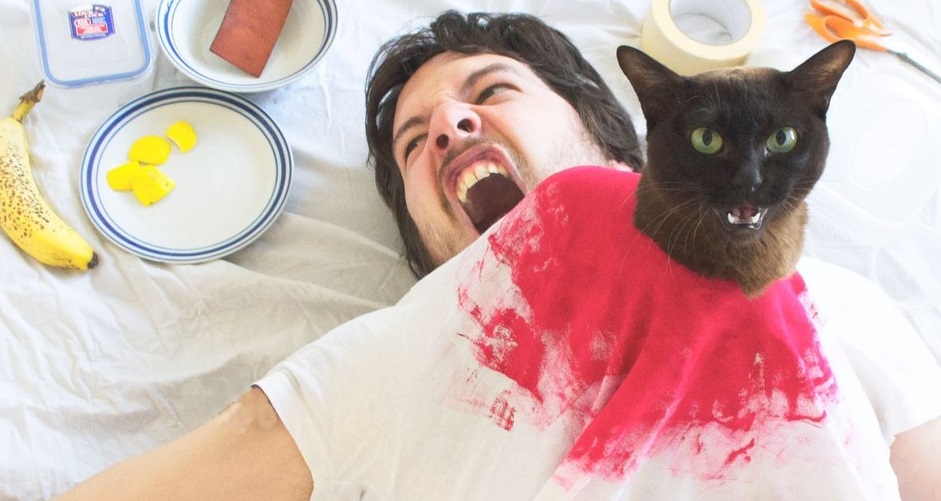 This is one of the most iconic movie scenes ever and the cat’s fierce look alongside the red paint on the white shirt make it look even more awesome than the original. The next Dirty Dancing photo is hilarious! 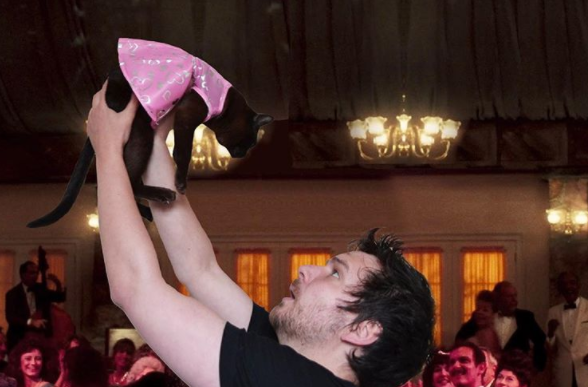 Patrick Swayze would be proud to see how this man and his cat recreated one of the best movie scenes he ever shot. Talking about awesome movies, you need to check out what’s coming next. Ready for some American Beauty photos? 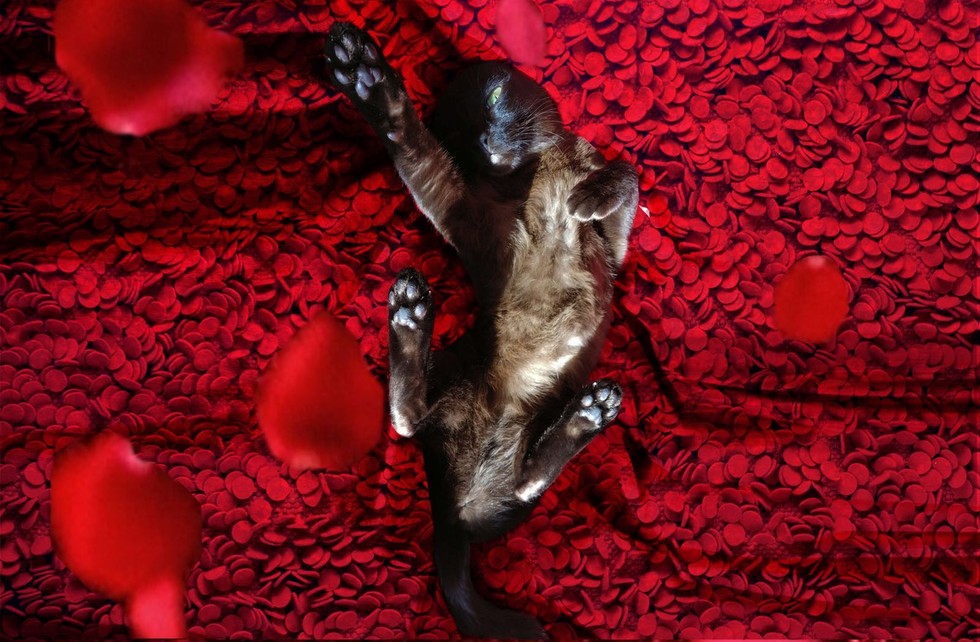 American Beauty is one of the best movies ever made and this cat’s rendition of the poster makes it look even more amazing. I wonder who is going to play Kevin Spacey? Maybe another cat. The man and his pet also love to recreate scary moments from horror movies!! 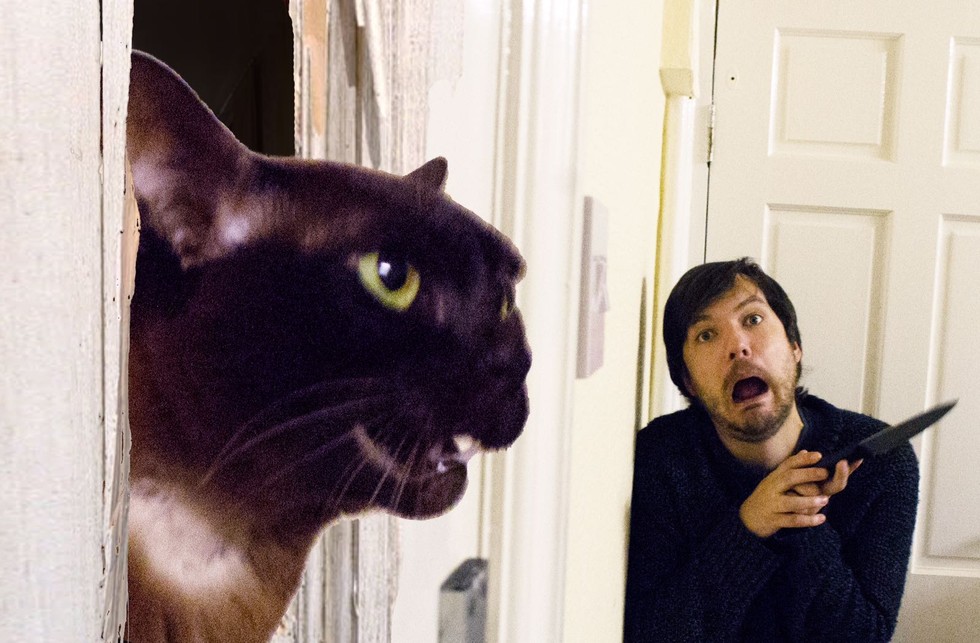 This scene where Jack Nicholson destroys the door while screaming “Here comes Johnny” scared many people. However, that scene would not be as terrifying if a cute kitty like this went through the door.

14. Indiana Jones and the Temple of Doom 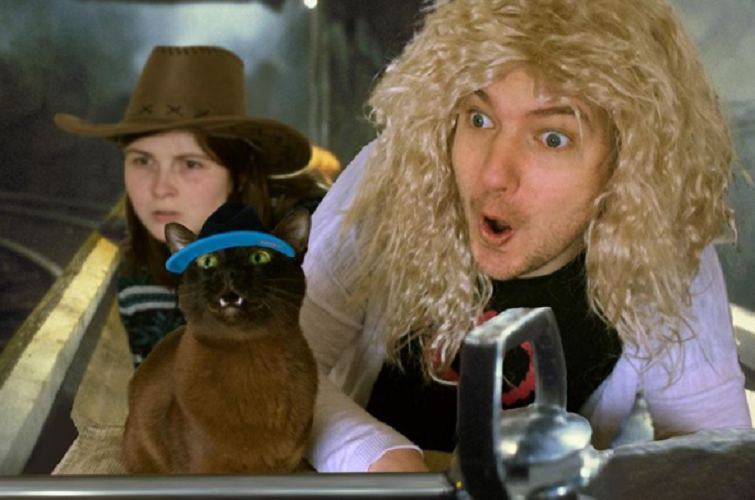 Who knew that the scariest scene in Indiana Jones and the Temple of Doom could look so cute? Let’s see how the cat and his owner take on drama movies. 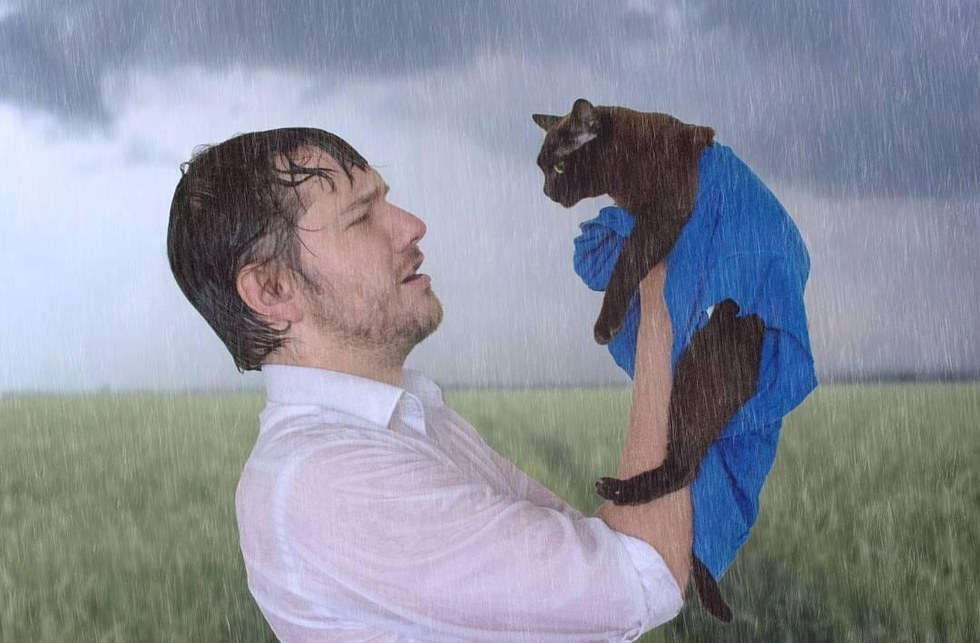 This is that classic scene in the Notebook where Ryan Gosling is reunited with his long-lost lover and she finds out that he has been writing letters to her every day for years in a row. 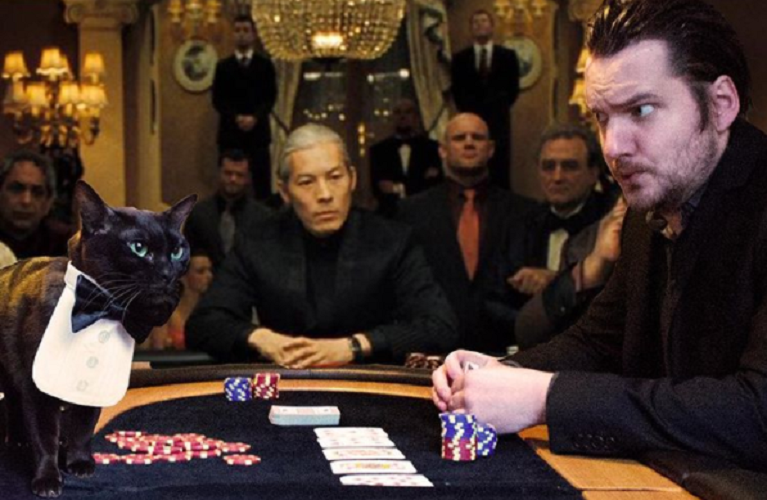 James Bond always loved to play games at high stakes, but he was sure never expecting that the main villain was a cute cat! What do you think happens when you leave a cat home alone? Keep reading and see for yourself. 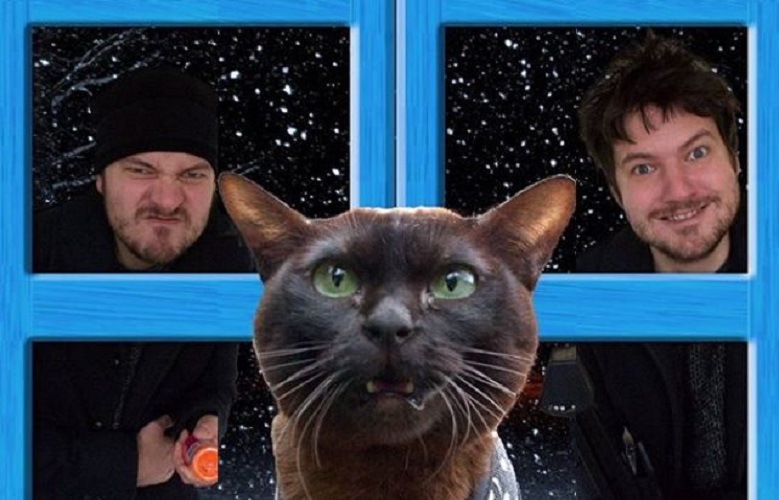 If you ever leave your cat home alone then you should know that you don’t have to worry about thieves. Macaulay Culkin has taught this black kitty a few tricks on how to place clever traps. 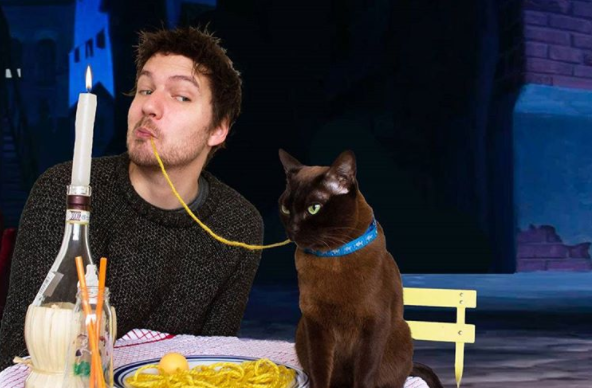 Can you guess where this movie scene is from? I can give you a hint, it’s a Disney Movie! If you don’t know what movie it is then you should click next and find the answer. 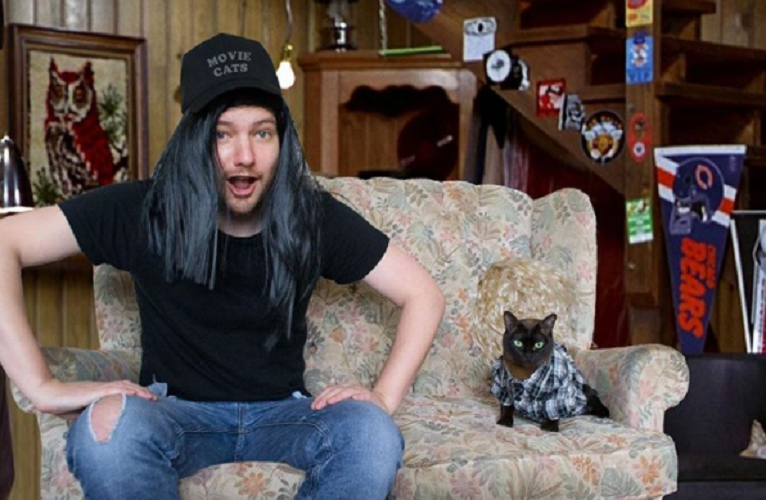 The answer to the previous question was “The Lady and the Tramp”. It’s a classic Disney movie about dogs. However, the poster in this picture is from the highly popular TV Show Wayne’s World and Keanu Reeves used to star in it. 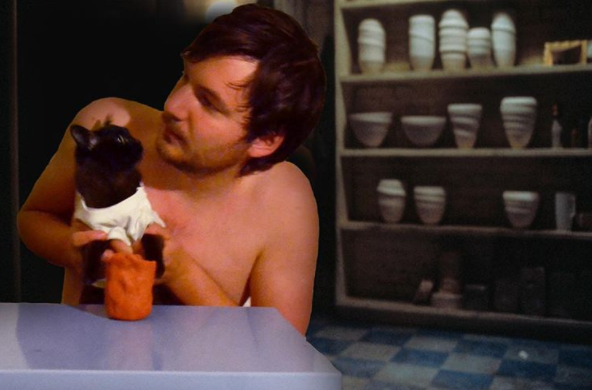 Here we have another movie poster where Patrick Swayze stars in. In the original poster Patrick Swayze was accompanied by Demi Moore, but this time he got a cute cat instead. However, there are many other hilarious posters with different cats and dogs. Check out the next pictures and you’ll see what I am talking about. 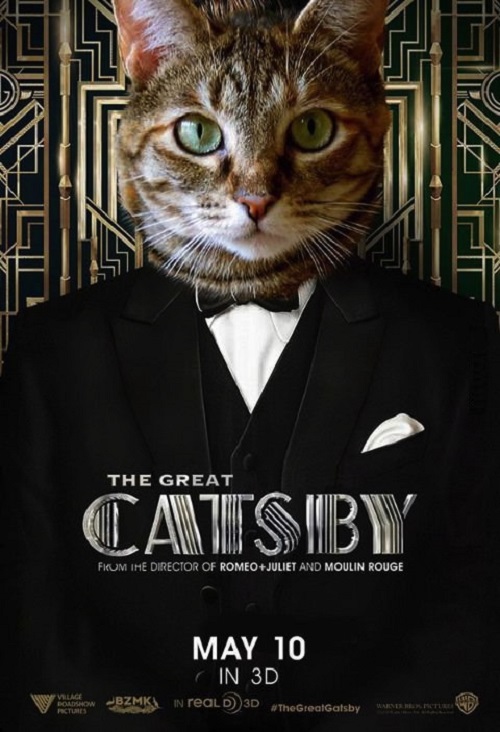 Who knew that Leonardo DiCaprio would look so handsome as a cat? Nonetheless, the original movie was awesome and I bet that it would be even better with a cute cat in the main role. Talking about cute cats, you need to see what’s coming next. 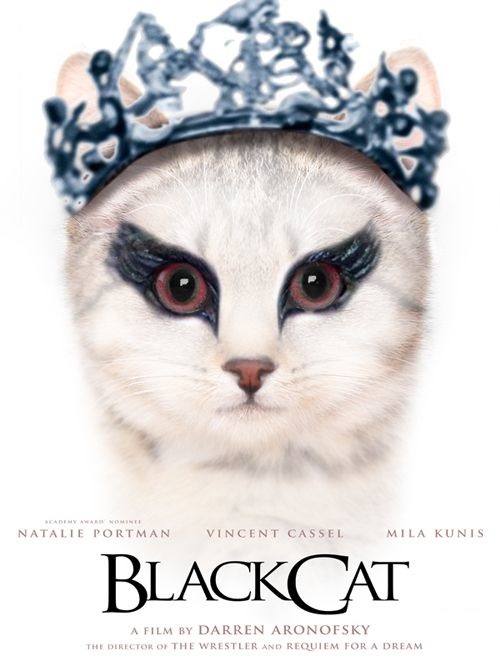 The makeup is on point! The person who did the makeup for this poster has serious skills. Now, let’s see a poster with a dog in it. 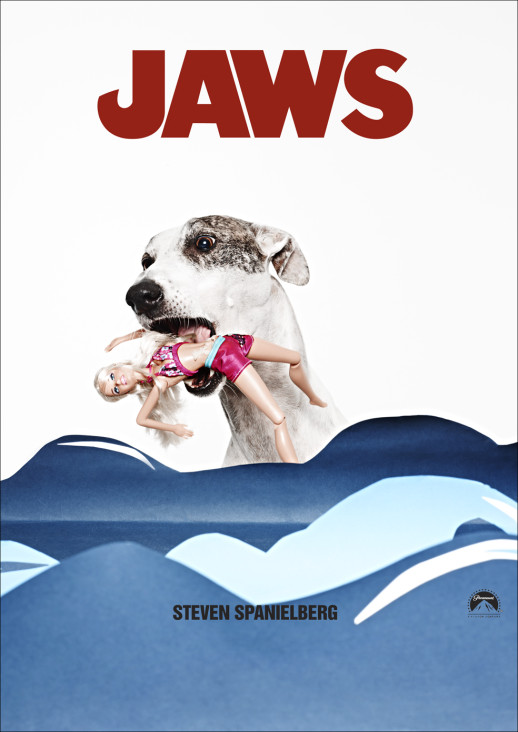 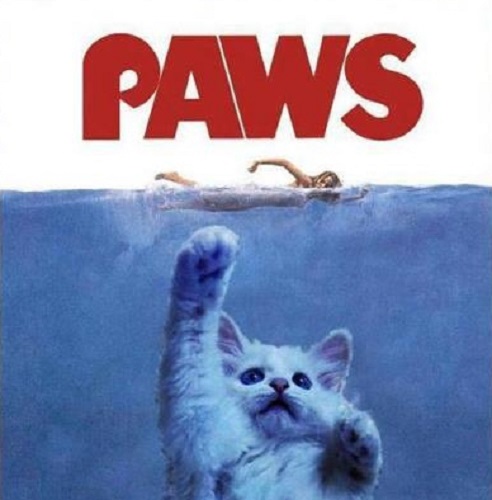 Wouldn’t it be awesome if Steven Spielberg actually made a movie about a giant cat that’s hunting boats? Now that’s some SCI-FI for you. 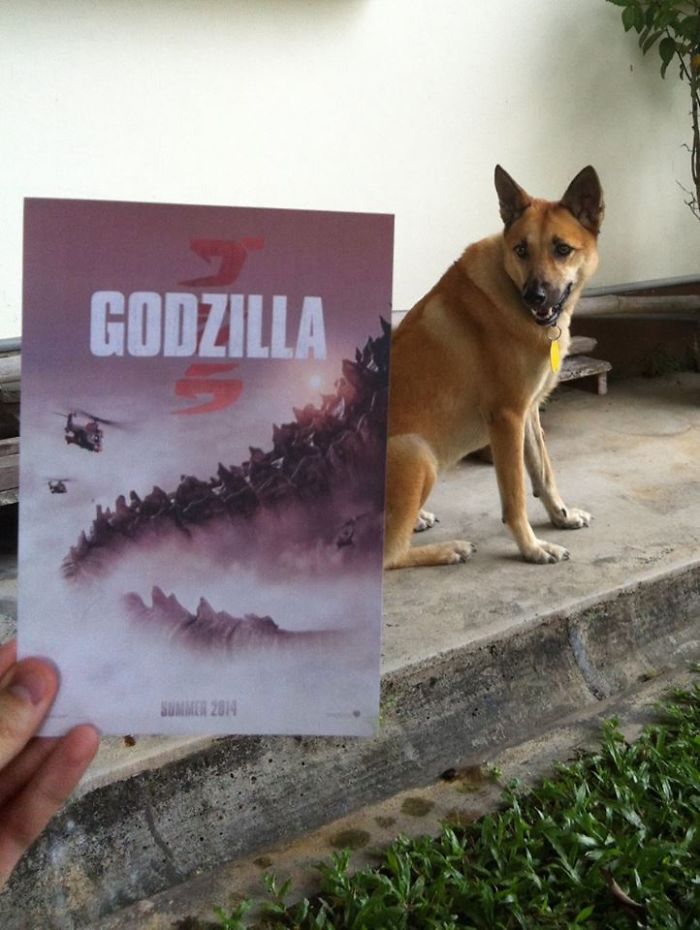 I guess Godzilla was just a little too big to fit in the poster. Although, we have to admit that this is a cool way of showing just how big Godzilla is. Let’s move on to something a bit more cuter. 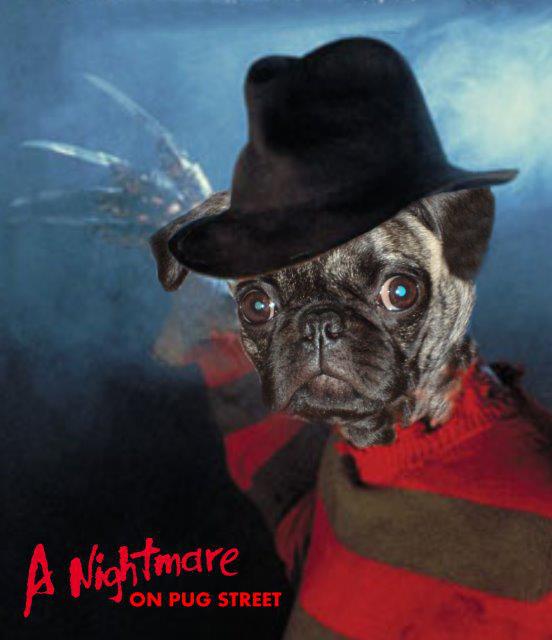 The villain of this movie usually sends his victims into nightmares. However, I don’t think that dreaming of cute pugs is going to scare anyone. 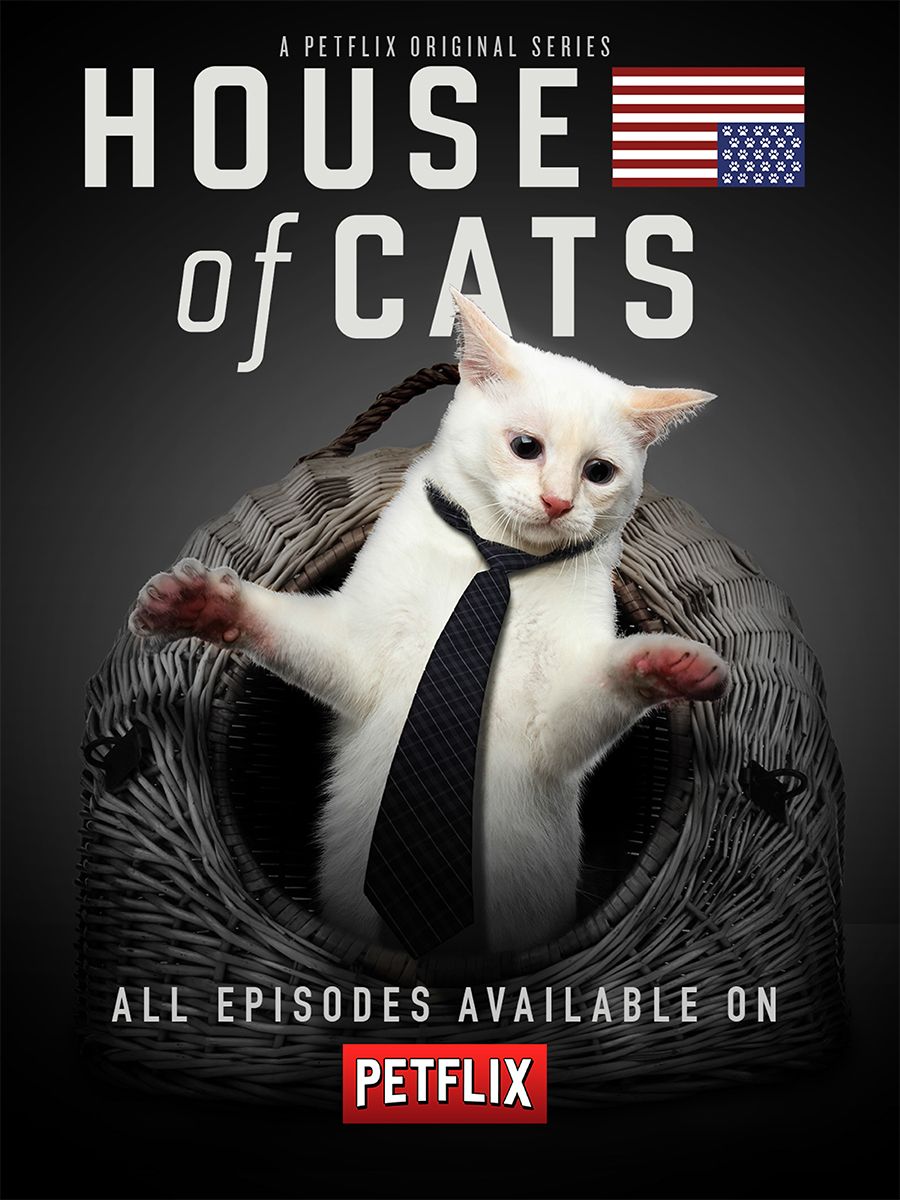 I don’t even know what’s funnier. Thinking of a show about cats fighting over political virtues or the fact that this show is available on PETFLIX.