Young Cara Bideau was playing outside of her home like she usually would. Everything seemed typical until Cara heard a strange noise coming from far off. She quickly ran over to see where the noise was coming from and was shocked by what she discovered. 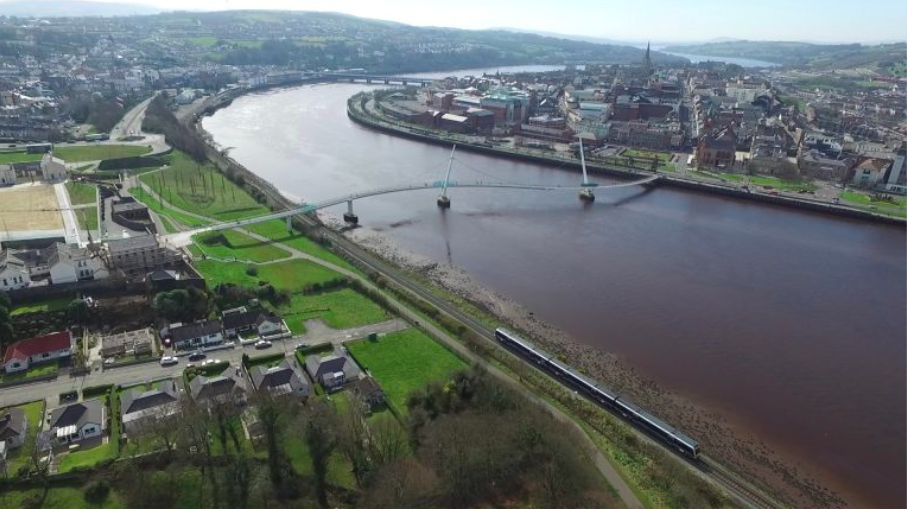 The Bideau family was living in a residential home in Londonderry, Northern Ireland when their six-year-old daughter Cara made a shocking discovery. Cara was out and about, playing outdoors when she heard a noise that she didn’t recognize. 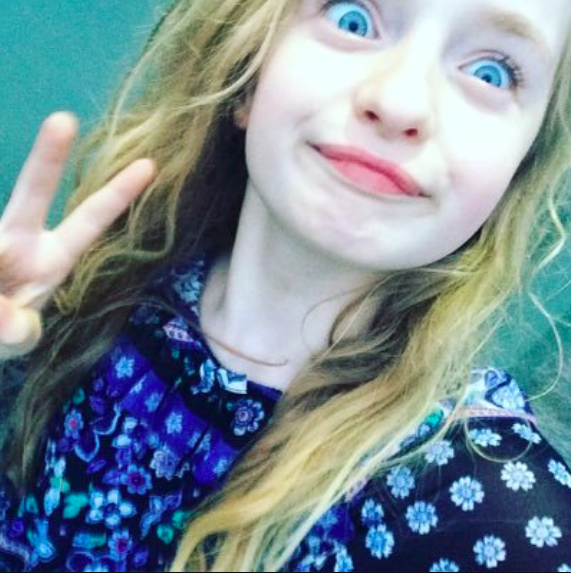 Cara was immediately drawn to the sound and knew that it sounded off. The noise eventually led her to a concrete hole where she found the strangest thing ever. She never expected to make such a serious discovery. 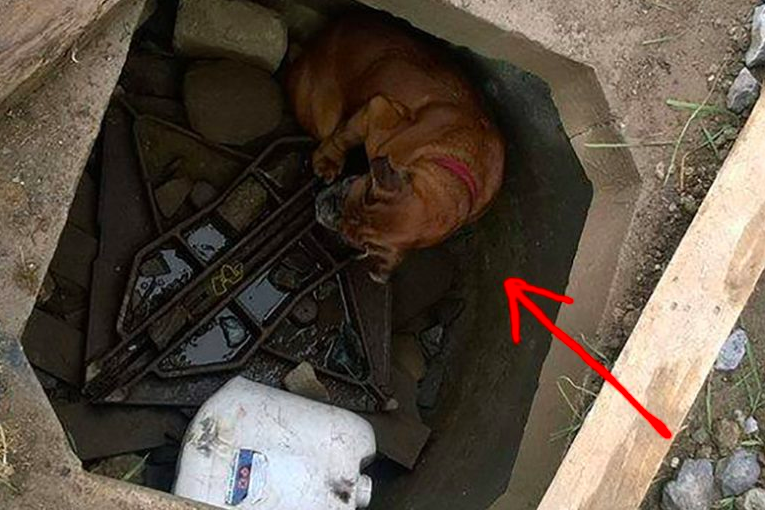 Inside of the concrete hole was a badly hurt boxer dog. The dog was whimpering and couldn’t get itself out of the hole. It also appeared that someone tried to cover the dog up with pieces of wood and bricks. 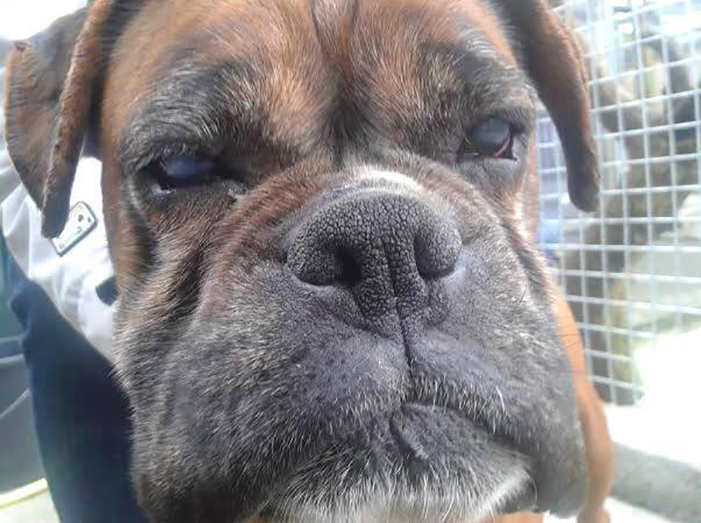 Cara’s immediate reaction was to run and find her father, Kenny. She told her father that she found a dog in a hole and that they needed to save it. The young girl thought that the dog had fallen in, but when Kenny approached the area he realized that that wasn’t the case at all. 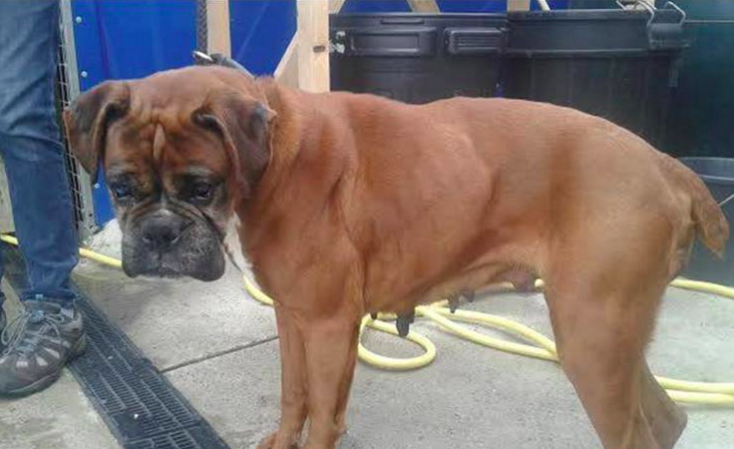 “Cara came home and said a pup had fallen down a manhole, but when I went with her back to where the dog was I could see that wasn’t the case at all,” Kenny told the Belfast Telegraph. “This was an adult dog that was left to starve to death down this concrete hole.” 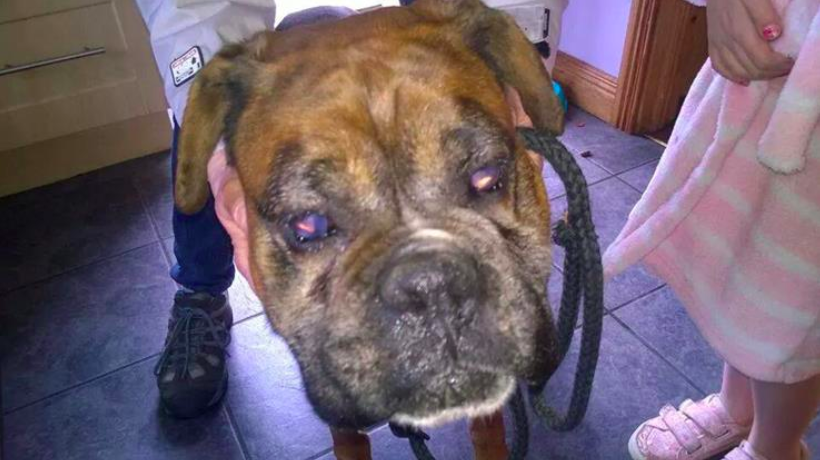 Kenny quickly sprung into action to help save the poor boxer. He was able to eventually pull the dog out of the hole and bring it to safety. “Her ribs were sticking out, so it had been quite a while since she had eaten,” Kenny said. 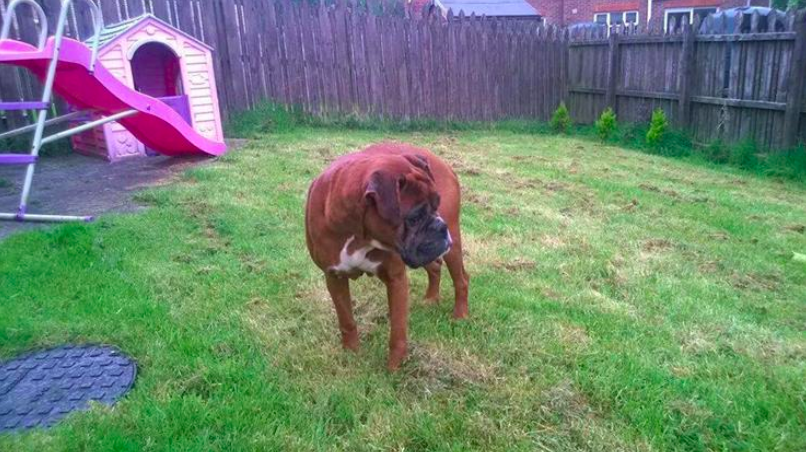 Upon further inspection, Kenny discovered something even more heart-wrenching. The poor boxer was also blind. “It is beyond my understanding how anyone could be this callous,” he said. 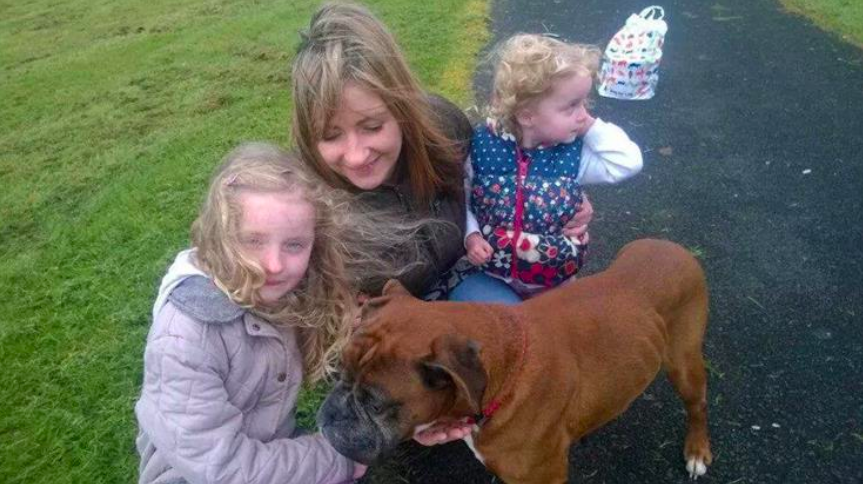 “We are a family of animal lovers and have a dog ourselves, so we took her home with us and gave her a tin of food, which she gulped down in under 15 seconds,” Kenny explained. The family then made a huge decision that would affect all of their lives. 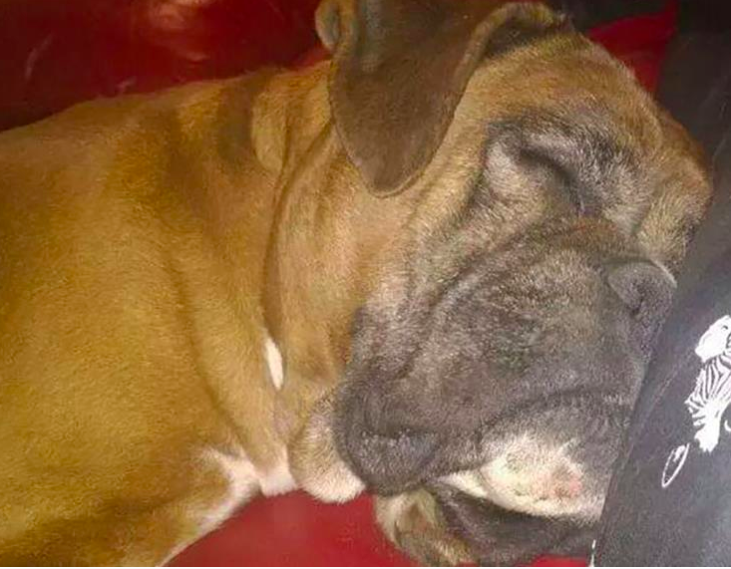 The family all agreed to nickname the boxer “Bella” and to keep her at their home for the night so that she could recover from her trauma. The family’s 15-year-old son, Ethan, slept next to Bella all night so that she would feel safe. 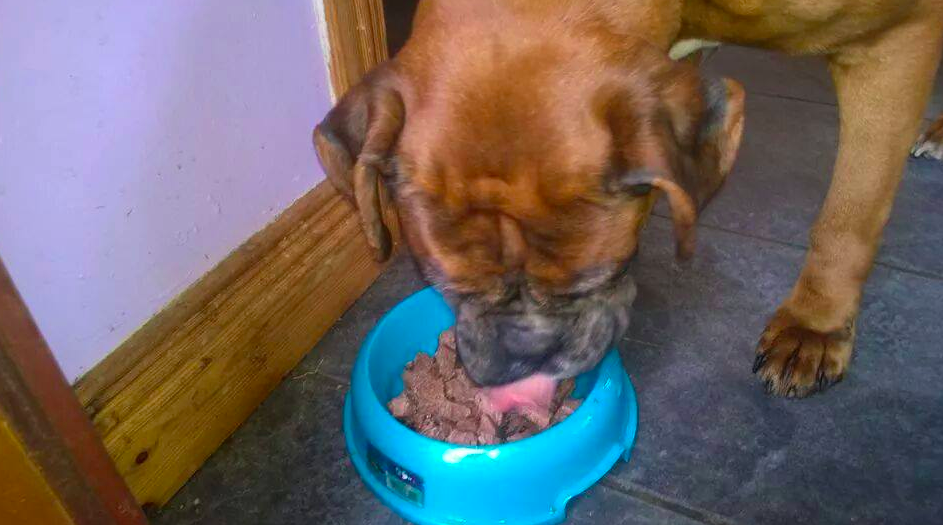 The next day, the family contacted the Rainbow Rehoming Centre in Eglinton. The charity helps abandoned dogs and cats find a new home and the Bideau’s wanted to make sure that Bella would be safe. 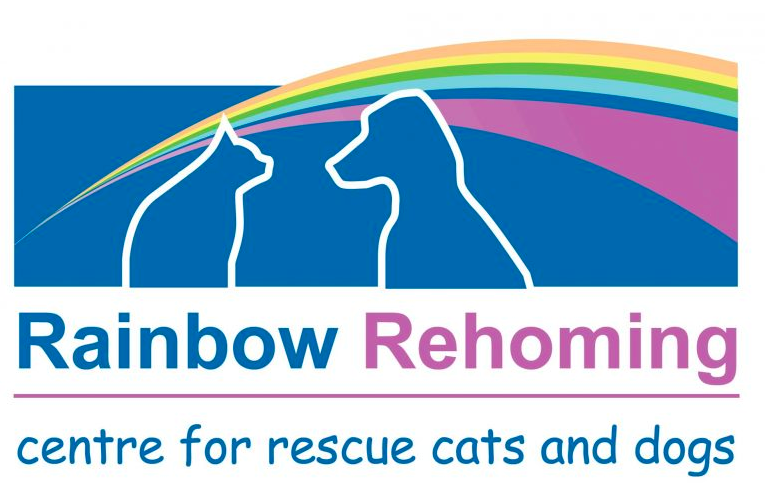 “This dog was left to die down that hole and it would have died if little Cara hadn’t gone and told her daddy,” Helen Davies, founder of Rainbow Rehoming Centre said. “The dog is just in a really bad way and her teeth are all broken or worn away.” 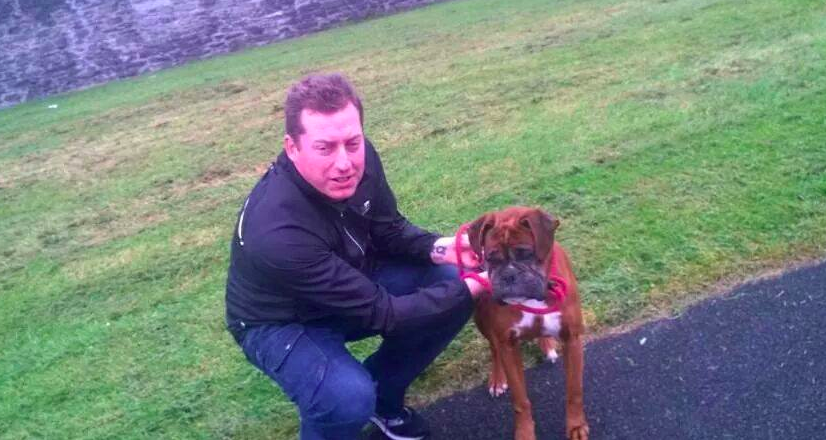 Davies noted that the damage to Bella’s teeth indicated that she was attempting to chew through metal chains. “We do not know who put her in the hole but we do have evidence that she was neglected over a long period of time and that she was used exhaustively for breeding,” Davies added. 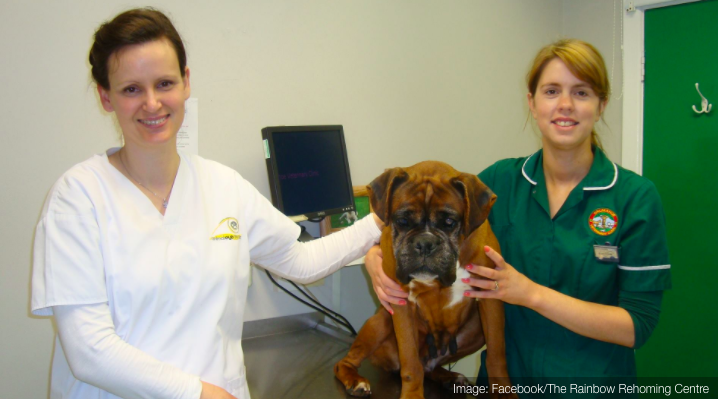 Davies also noted that whoever was neglecting Bella was more than likely profiting off of the situation. She mentioned that it should be of grave concern to animal lovers everywhere. She explains how people can profit off abusing boxers… 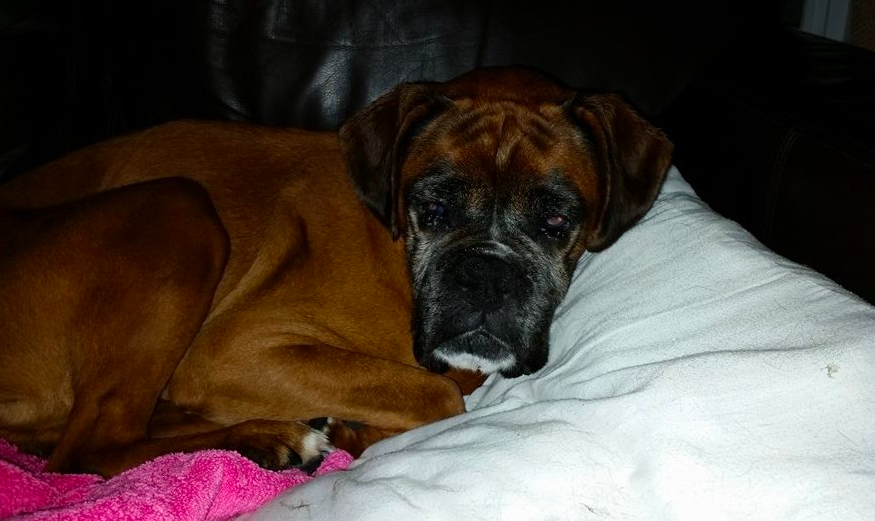 “It seems whoever did that has made an awful lot of money out of her as boxer pups could be sold for maybe £300 [$400],” Davies explained. “It also bothers me that these people don’t pay any tax on that. There are millions of pounds being made in this country every year from such breeders, and they are usually selling pups that are not at all well.” 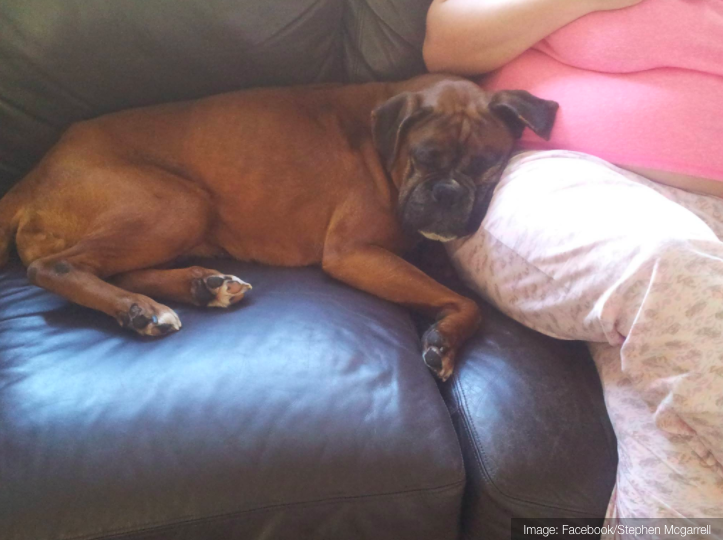 Despite Bella’s horrible upbringing, many people quickly sympathized with the situation. A Facebook post describing the situation quickly garnered a lot of attention from users as it gained 750,000 views. This helped Bella out a lot in the long run… 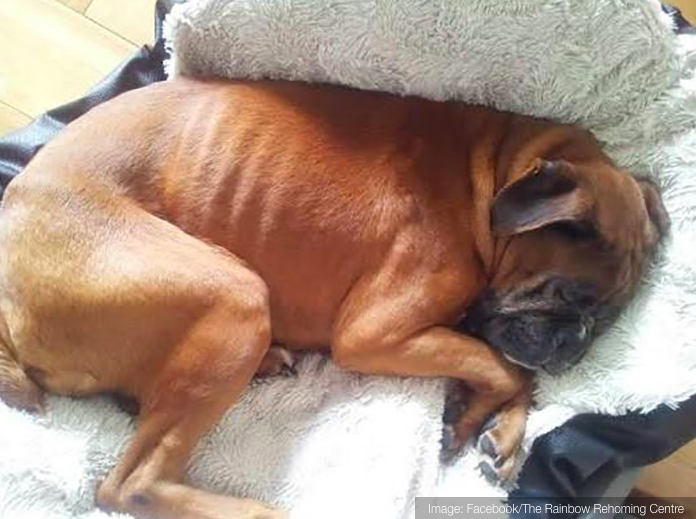 Thanks to social media, Bella’s story was made available to many different people. Eventually, the charity found a wonderful foster home for Bella to stay in. She was finally able to receive the love and care that she so desperately needed. 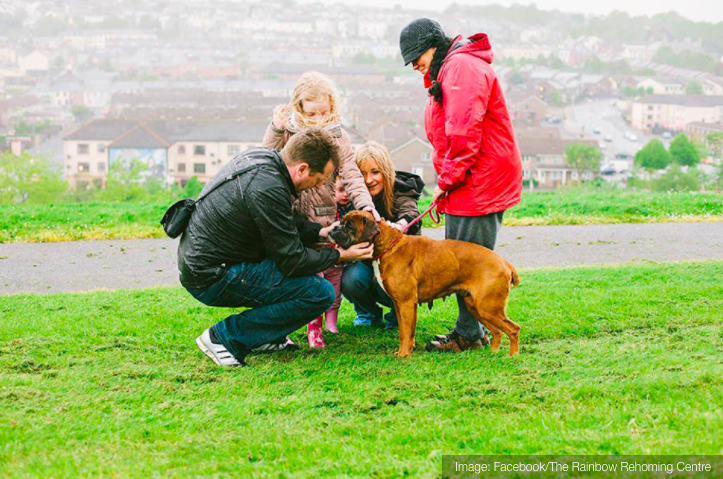 After staying in a foster home for quite a while, the organization finally had some even better news for Bella. They had finally found a permanent home for her and she was even going to have a new brother, boxer dog Sunny. 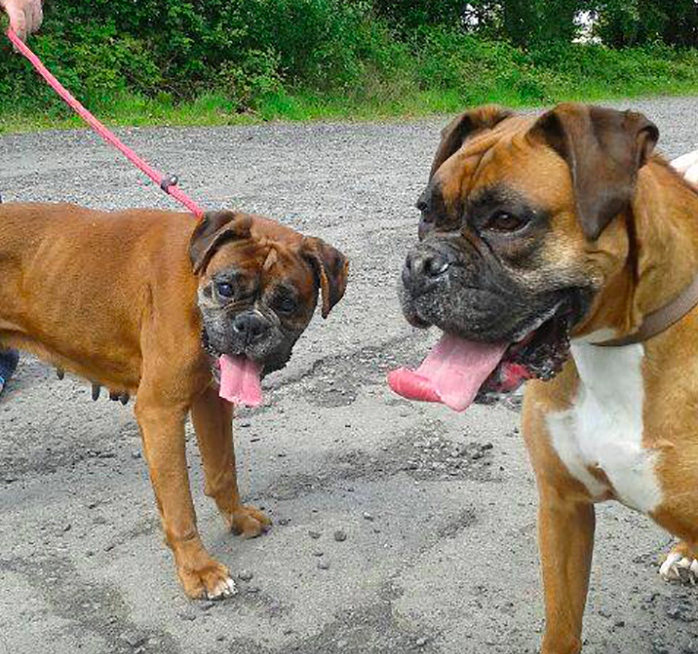 “She has settled in brilliantly,” her new family revealed to the organization. “[Bella] is now starting to relax and enjoy life, her home comforts, bossing her brother about and enjoying her fish or chicken dinners daily.” 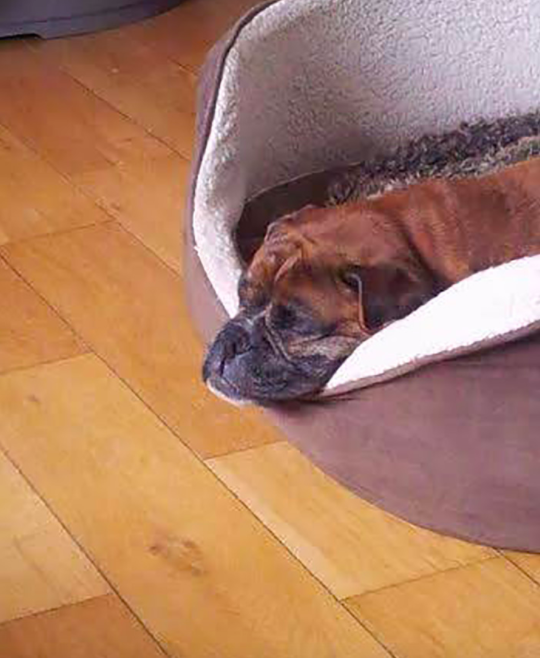 Everyone online that was following Bella’s story were also incredibly happy for her and her new permanent family. “What a wonderful end to a very sad story and doesn’t it restore your faith in human nature,” one user wrote. “Lovely happy ending. May she have many years to enjoy her new family,” wrote another. 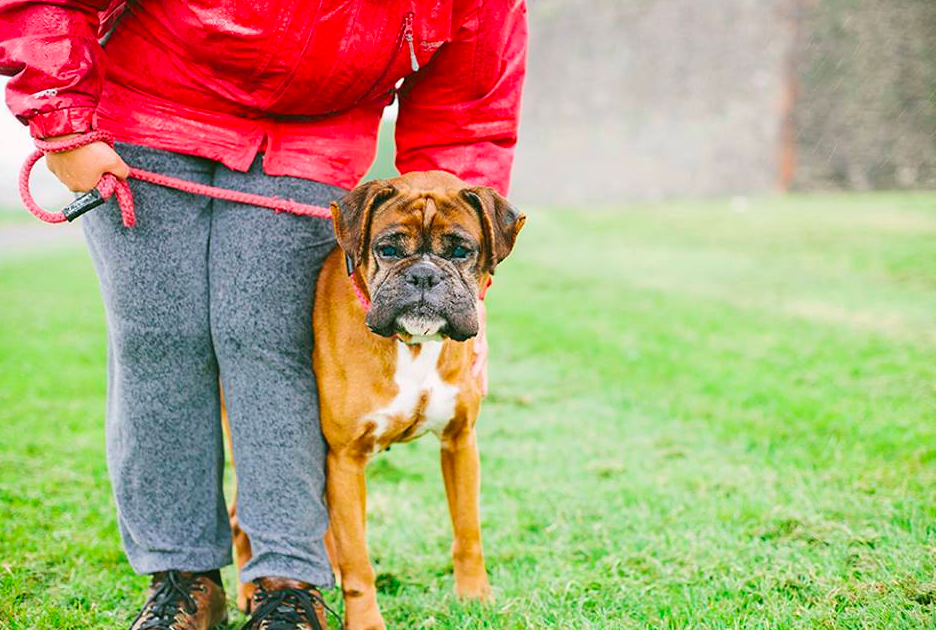 Thanks to Cara’s discovery and Kenny’s determination, Bella was able to live a wonderful life for the remainder of her days. She passed away in 2015 but enjoyed every minute of her new life.