Frodo the stray dog was left all alone on the streets of Croatia with no one to care for him. He was called one of the ugliest dogs on the planet and his looks continued to prevent him from being saved. Finally, someone was kind enough to rescue him and you won’t believe what he looks like now! 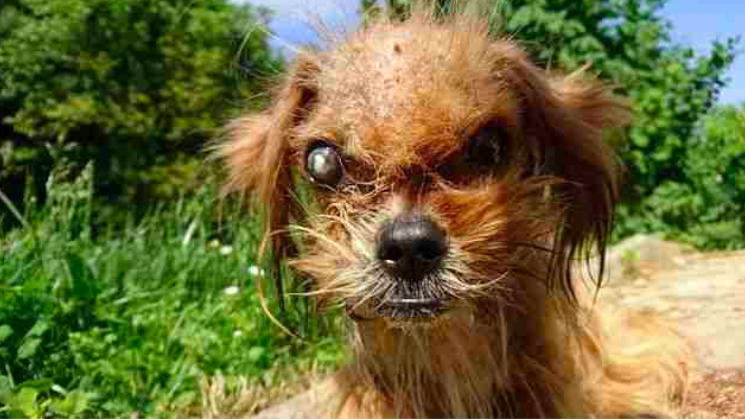 No one is quite sure about the kind of life that stray dog, Frodo, was living but one thing was sure: it was hard. Frodo was abandoned on the streets of Croatia and had nobody to care for him. On top of that, his looks scared people away immediately. 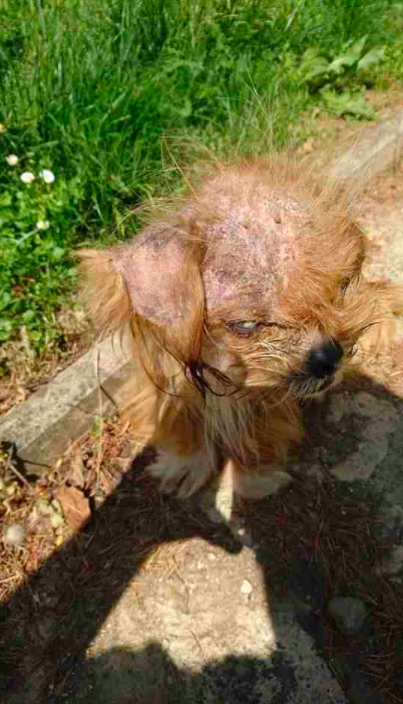 You see, Frodo was dubbed the ‘world’s ugliest dog’ and he was considered pretty scary. The pup was covered in fleas, his fur was all mangled and bitten at, and his eyes bulged out of their sockets. He was far from a pretty sight… 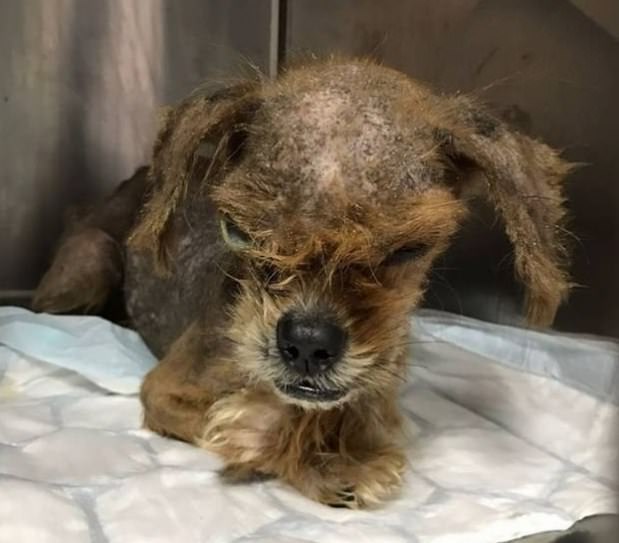 Frodo was wandering around the streets of Croatia and was in pretty bad shape. Many people overlooked him until one special someone saw him and immediately fell in love. They just knew they had to rescue the poor abandoned pup. 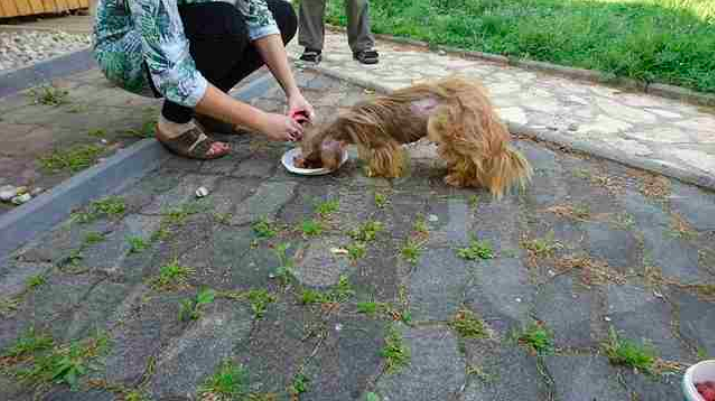 While taking a stroll outside, a couple of Good Samaritans stumbled across Frodo in his mangled state. They knew they had to do something so they took the dog to veteran animal rescuer Klaudija Sigurnjak. Even the vet was taken aback by his looks… 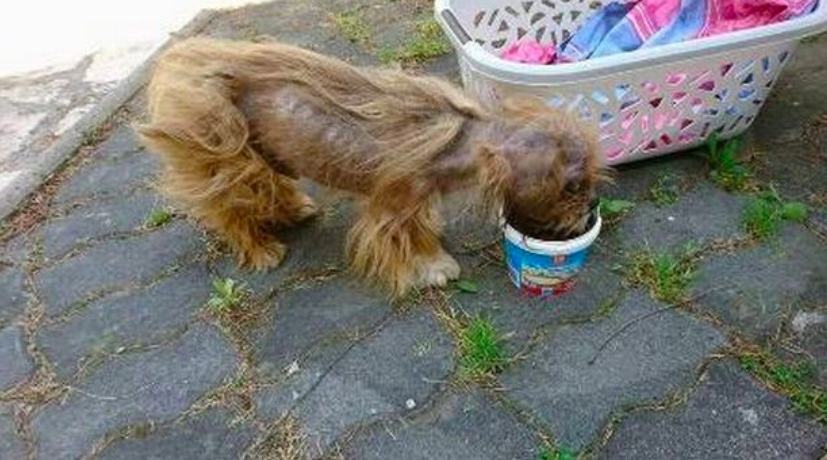 “I was stunned. I could hardly believe it was really a dog,” Sigurnjak told The Dodo, “I immediately set about rescuing him.” Sigurnjak sprung into action and began to work toward rehabilitating the poor dog. That’s when everything changed… 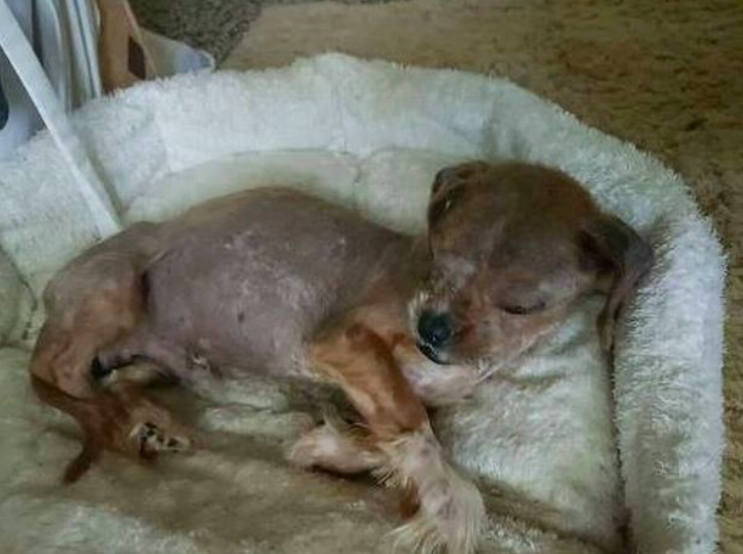 It wasn’t easy at first for Sigurnjak to earn the dog’s trust. However, after offering up some food the dog quickly warmed up to her. Sigurnjak then began to work toward helping the pup out and getting him the care he needed to be healthier. Unfortunately, the process wasn’t as simple as one would have hoped… 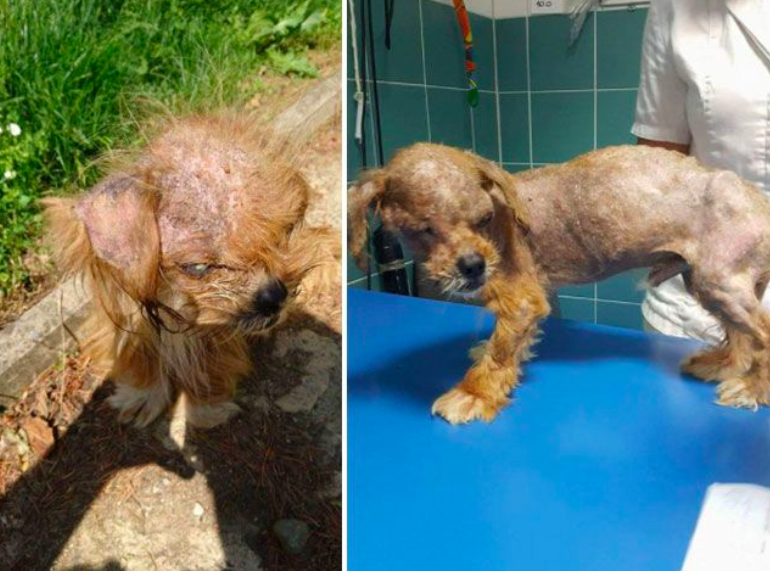 Sigurnjak brought the little pup, who she named Frodo due to his shaggy hair, to a veterinary eye specialist. Unfortunately for the little guy, the right eye was so infected that it had to be removed. Thankfully, the left eye could still be salvaged so Frodo would not be completely blind! 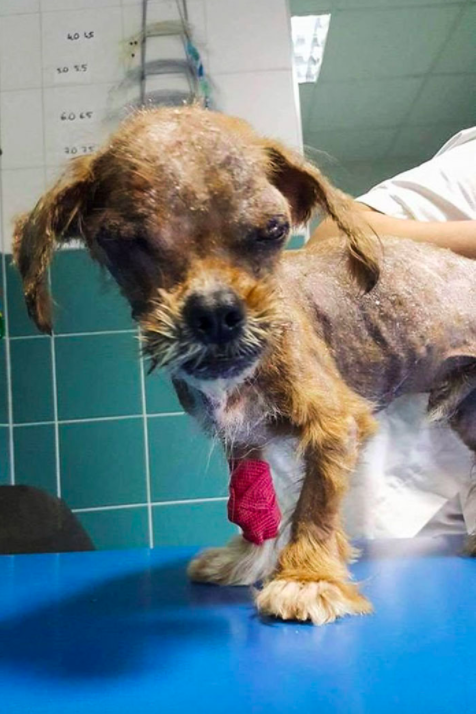 Despite being able to save his left eye the dog was still suffering greatly. His fur was terribly eaten at by fleas and he was practically starved to death. The situation wasn’t looking so great for poor Frodo and Sigurnjak began to worry about the life of the pup… 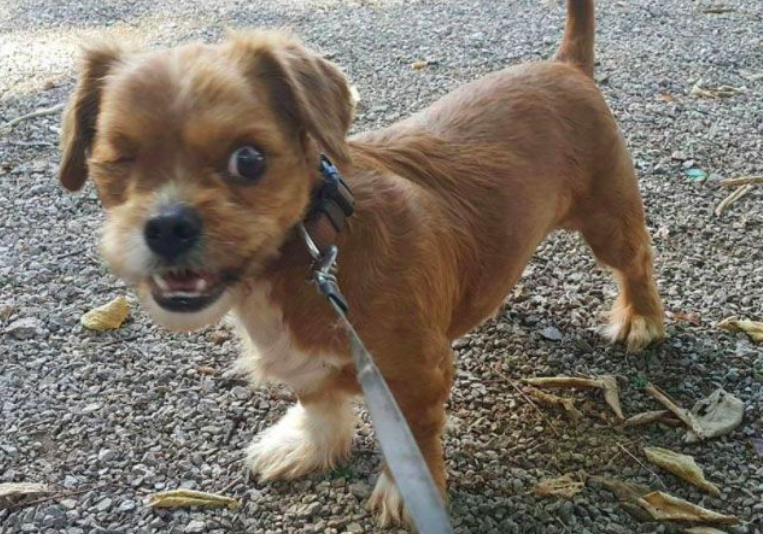 “He was full of fleas and ticks, and starved to the bone,” Sigurnjak said. “We were not sure whether or not he’d survive.” Still, the vets refused to give up on Frodo and little Frodo continued to push on and show just how strong minded he is. 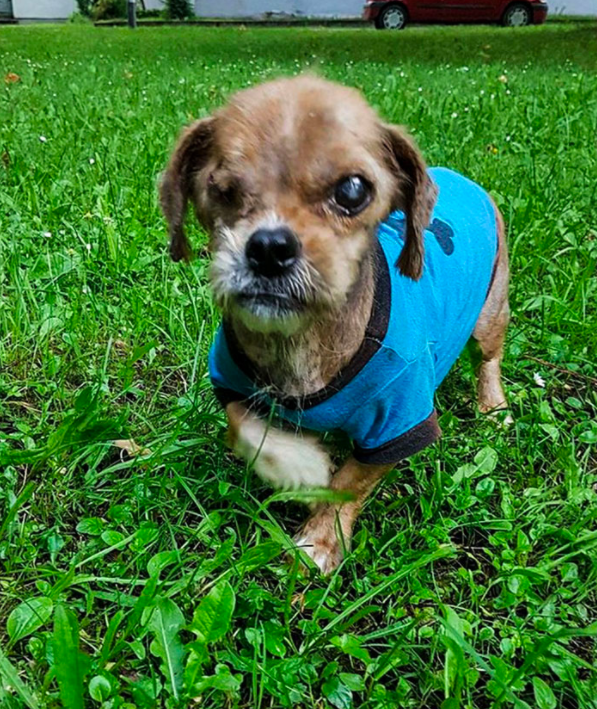 Slowly but surely Frodo began to show signs of getting better. It took a few weeks but Frodo’s fur began to grow back and his left eye fought off the infection. Frodo was beginning to look healthier and healthier and no one could believe just how much ‘the ugliest dog’ changed…

Take a look at Frodo’s first transformation photo. Can you even believe that it’s the same dog as before? As you can see his fur has grown back fully and he looks much healthier. He’s almost unrecognizable when compared to old rescue photos. 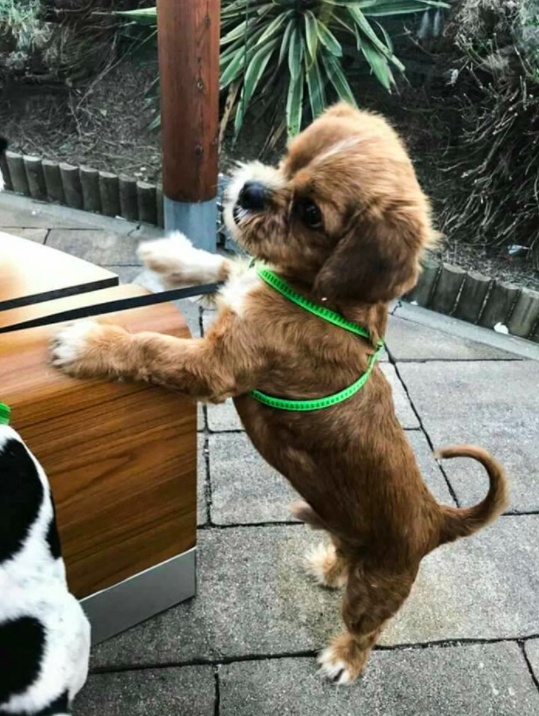 “His transformation was phenomenal. We never dreamed that he would be so beautiful,” Ms Sigunjak was quoted saying. However, it wasn’t just Frodo’s outer appearance that changed! His personality began to shine through as well. 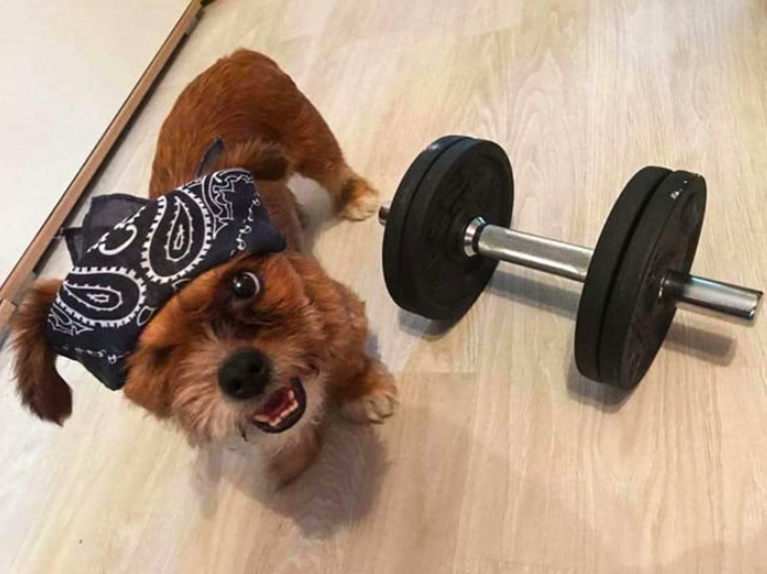 Frodo’s personality completely changed as he began to get healthier. He was friendlier and didn’t have a sadness about him anymore. He finally felt secure and began to trust humans again which was a huge step for this mistreated pup. Sigurnjak is so proud of his transformation. 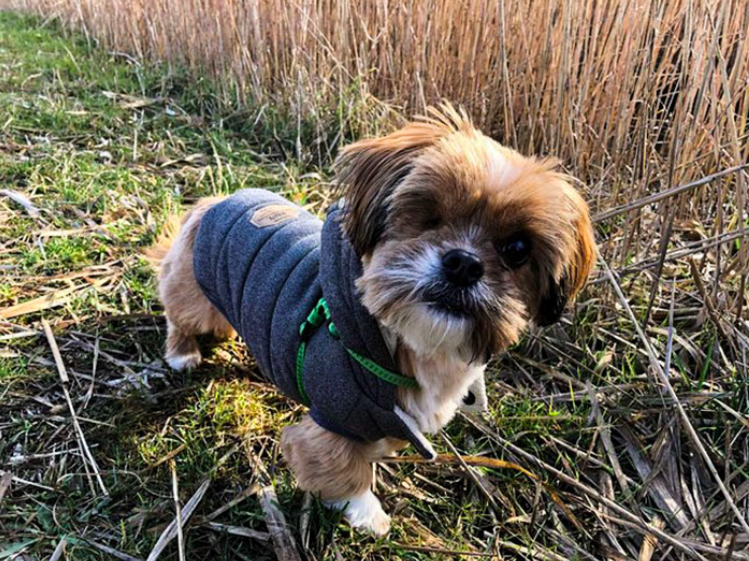 Once Frodo started to show signs of being completely recovered it was time for him to finally his forever home. The pup was put up for adoption and the response rate was pretty unbelievable for a dog that was once considered so ‘ugly.’ 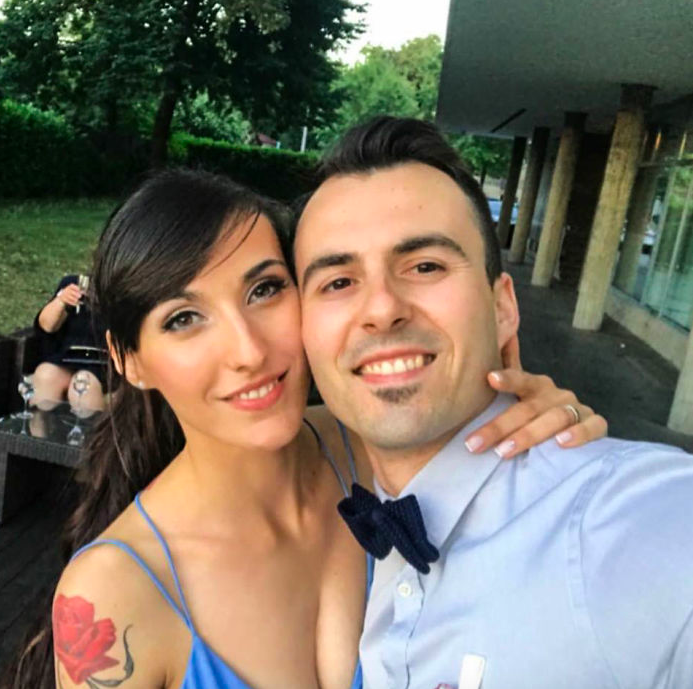 Eventually a couple came across Frodo and immediately knew that they had to keep him forever! Marko Duspara and his wife saw a photo of Frodo online and they were head over heels for him right away. They quickly looked into adopting him. 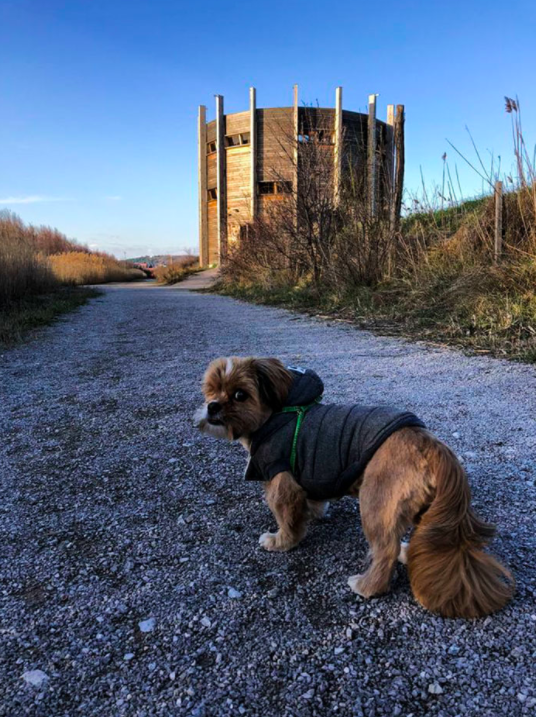 The couple eventually went through all of the paperwork and Frodo was officially theirs! They happily brought the pup home and he integrated into their home life quickly. The couple and Frodo are both incredibly happy with their new living situation. 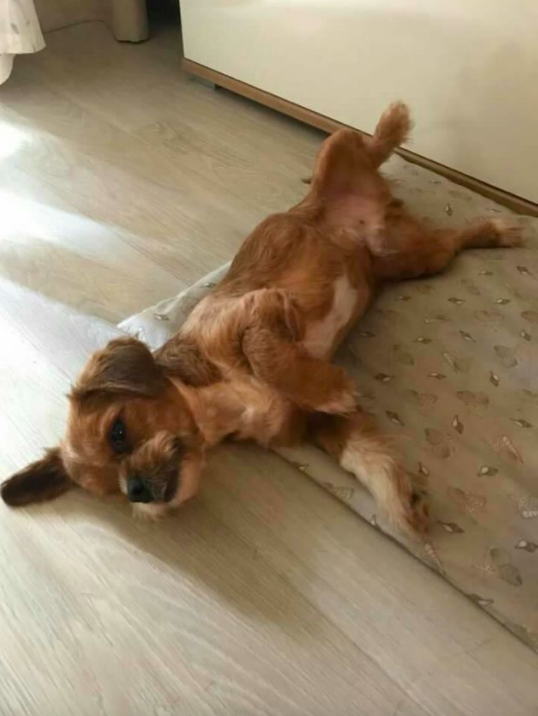 “I honestly can’t imagine what happened to him back then. I am thankful to everyone who helped him be saved,” Duspara told The Dodo. Duspara and his wife have also noted a funny new habit with Frodo. It seems that the little pup knows how to get his way with his cute face. 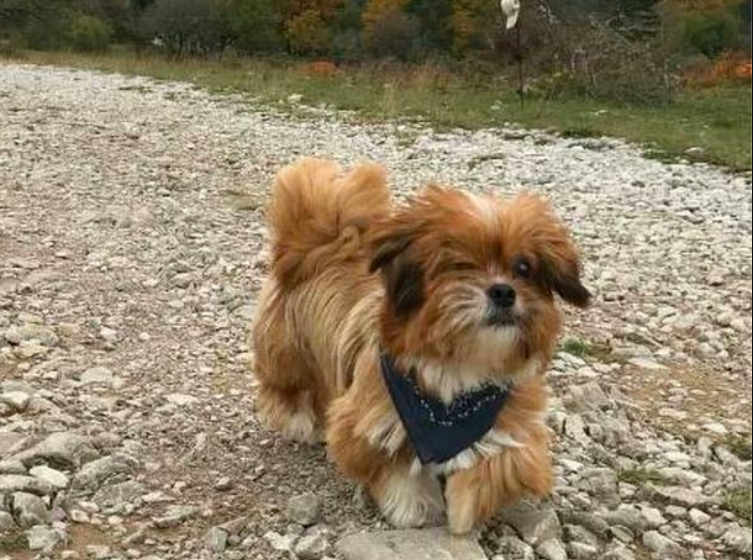 “He is now a happy dog that knows he is loved and that if he plays his cards right he will get whatever he wants,” Duspara added. Now Frodo lives his happy-go-lucky life at the Duspara household. You won’t believe what his new favorite pastime is now. 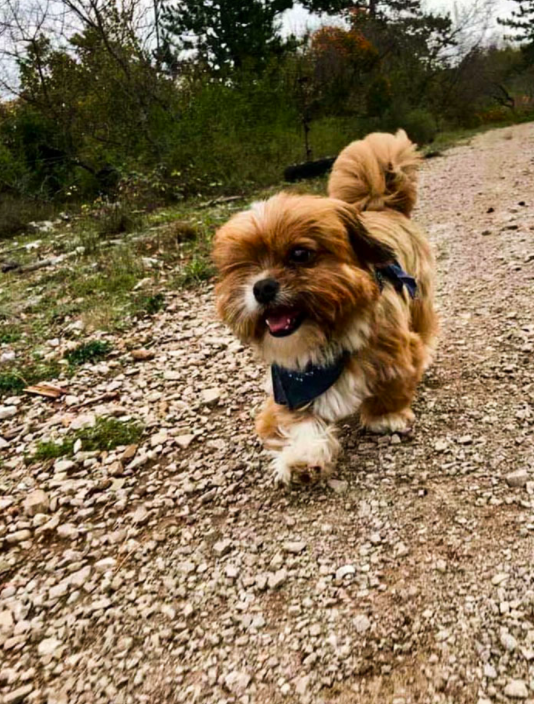 These days, you can catch Frodo going on a daily run. It seems that the pup has fallen in love with running and absolutely adores going on runs. His free spirited nature and perseverance kept him going despite all of the obstacles that life kept throwing his way. 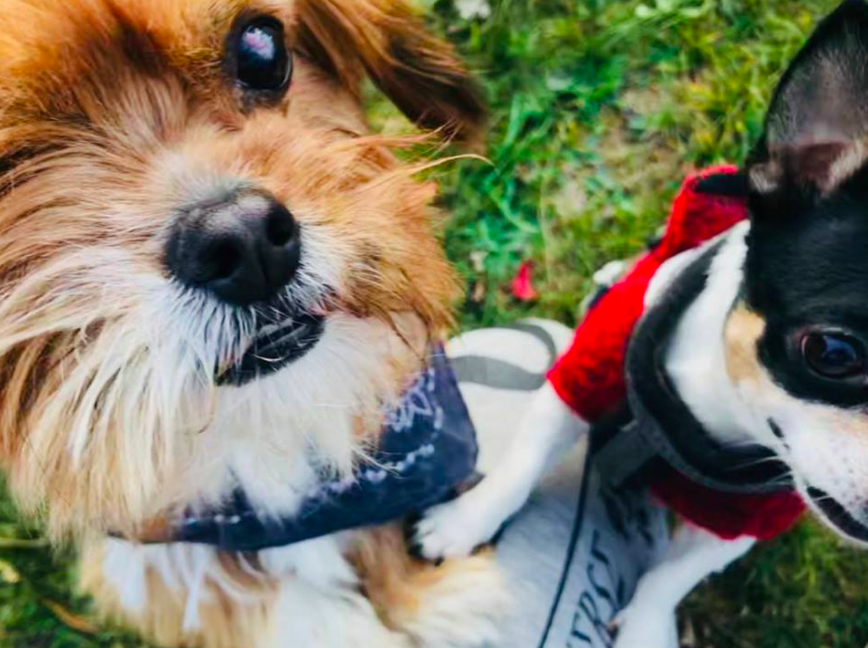 Thanks to the care of vets and the love of a new home, Frodo has managed to be a happy and healthy pup. Be sure to share this story with all of your animal loving friends and family so that they can be blown away by this dog’s amazing transformation story.