This Is The Most Incredible Thing You’ll See All Day

A unique video focused on one fearless Frenchman has made its way around the Internet. The eccentric man has chosen to dedicate his life to living with and taking care of lions and tigers. The man currently lives with five tigers and two lions and you won’t believe what his philosophy is on all of this! 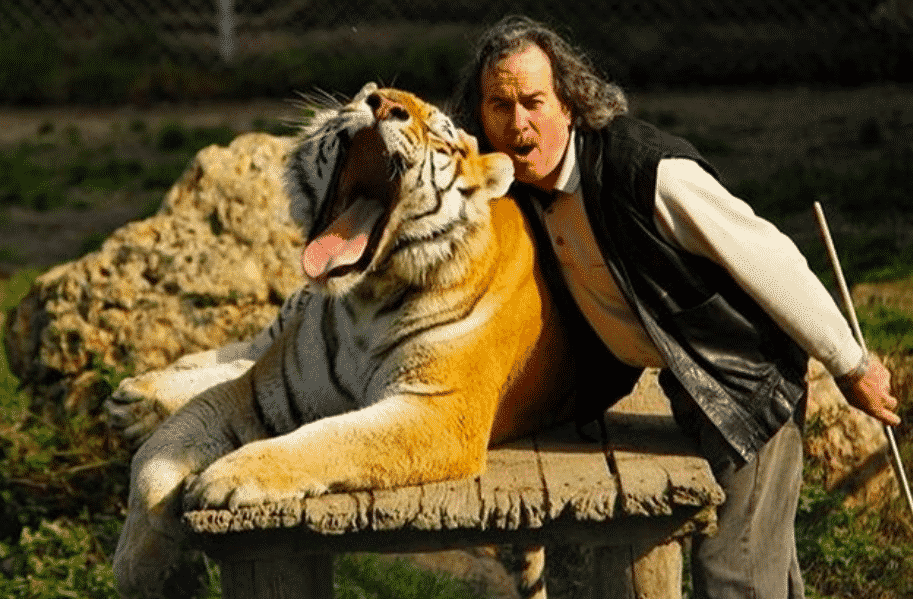 68-year-old Remy Demantes has completely dedicated his life to the care of lions and tigers. For the past 27 years, he has been living with them at his very own private rescue sanctuary for big cats. Remy has a unique passion that not many will understand. 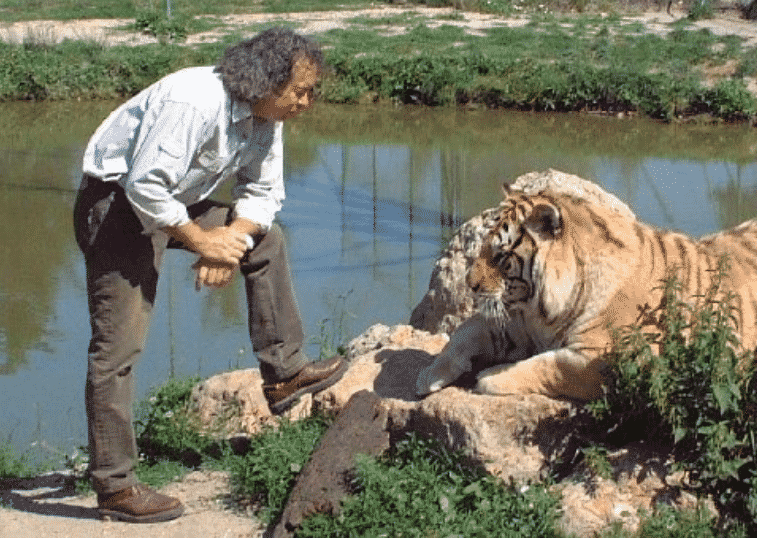 Remy goes out of his way to help rescue and rehabilitate injured lions and tigers. Once they are brought to his private sanctuary he treats them like pets. 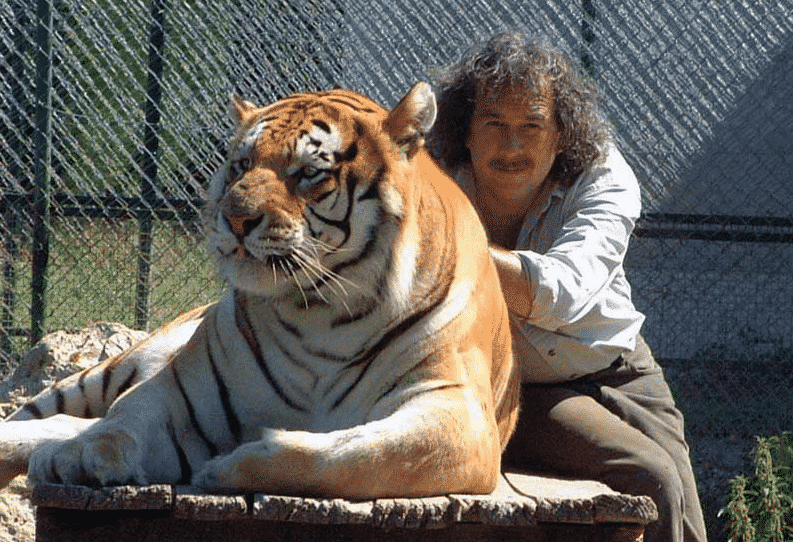 “I’m passionate about big cats,” Remy explains. “I created this private animal park 27 years ago.” So how did his passion for lions start? Well, the story is actually quite interesting. 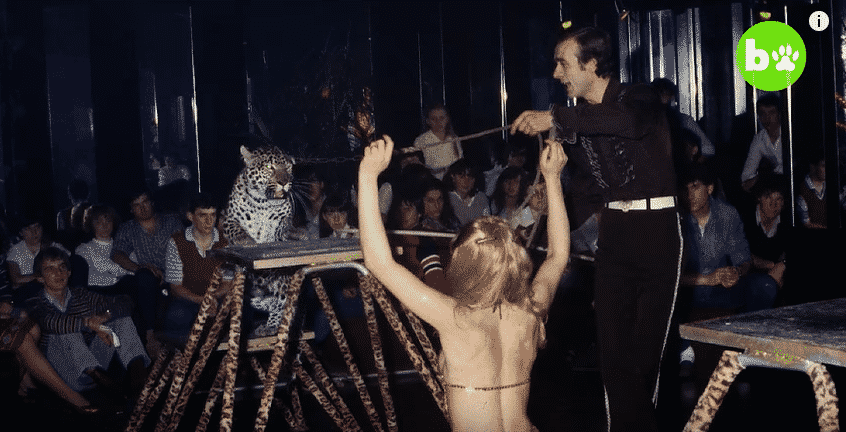 Remy used to run a nightclub where he would put on a lot of shows. One night, back in 1986, he invited an animal trainer to put on a show with his panthers. It was during that act that Remy knew he wanted to develop a close bond with large cats. 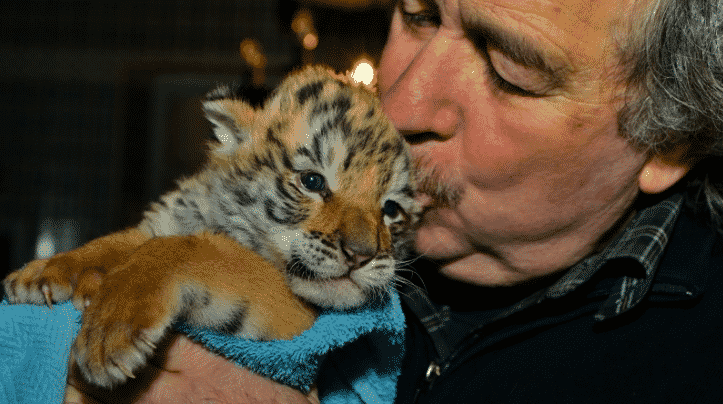 “I invited an animal trainer in 1986, who had panthers. When I saw this panther which I could stroke, that had an effect on me,” Remy stated. It was on that day when Remy realized that he had to change his life drastically. 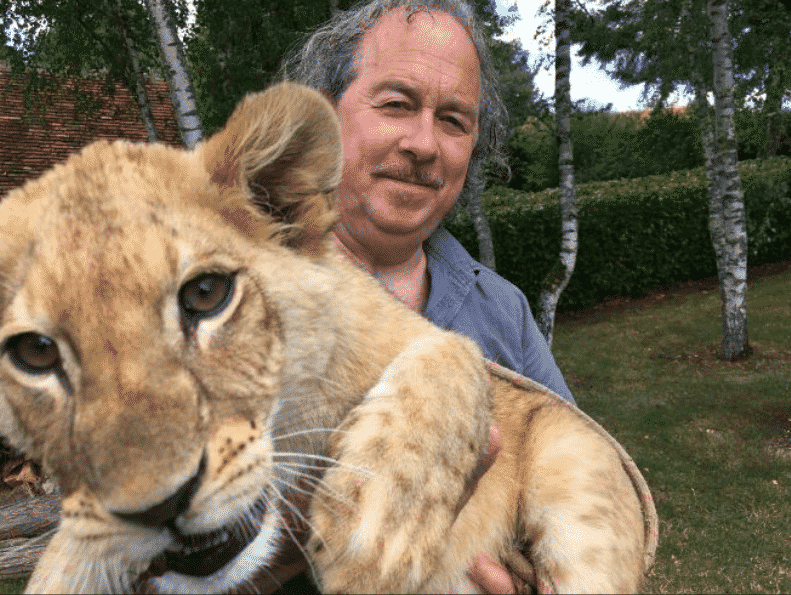 Four years had passed since Remy first interacted with the panther and he finally felt that it was time for him to take on his passion. Remy created an animal sanctuary on his home’s property and began to look into rescuing large cats from then on. 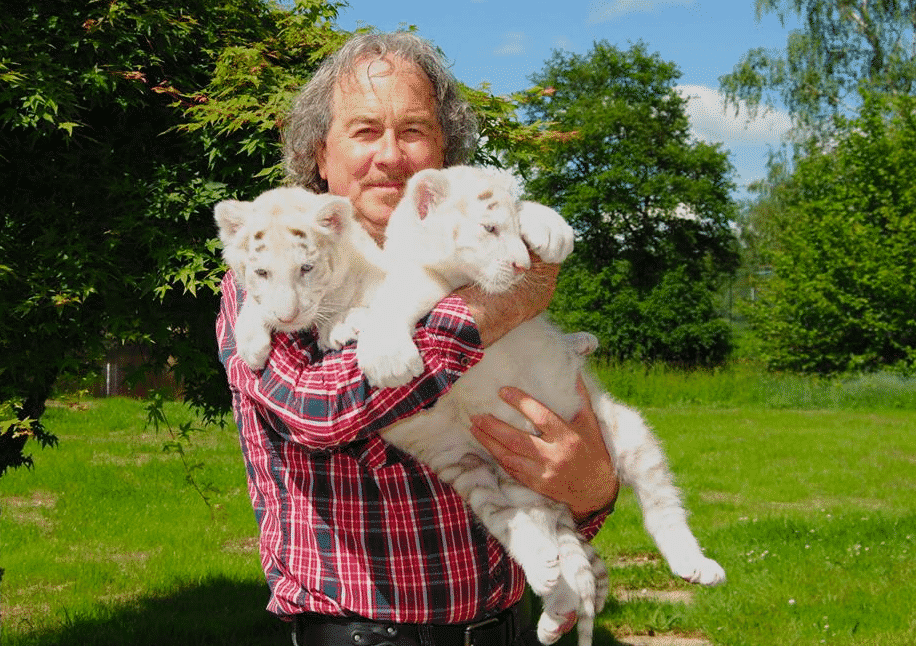 Remy has now been looking after big cats for 27 years. “I told myself if I do that, there will be no more holidays – it would be a full time job,” Remy said, describing how he felt when he decided to build up the park on his property. 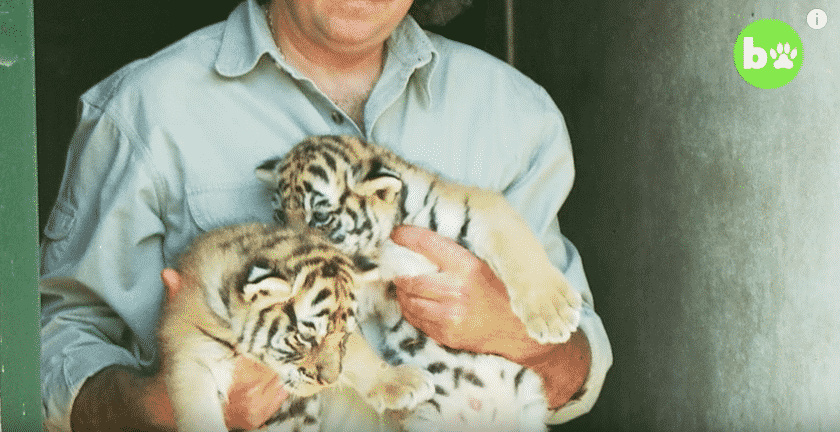 Currently, Remy has five tigers and two lions on his property. “My park is a private park, it’s not open to the public,” Remy explained. “At the moment I have five tigers, one lion and one lioness.” You won’t believe how big one of them is! 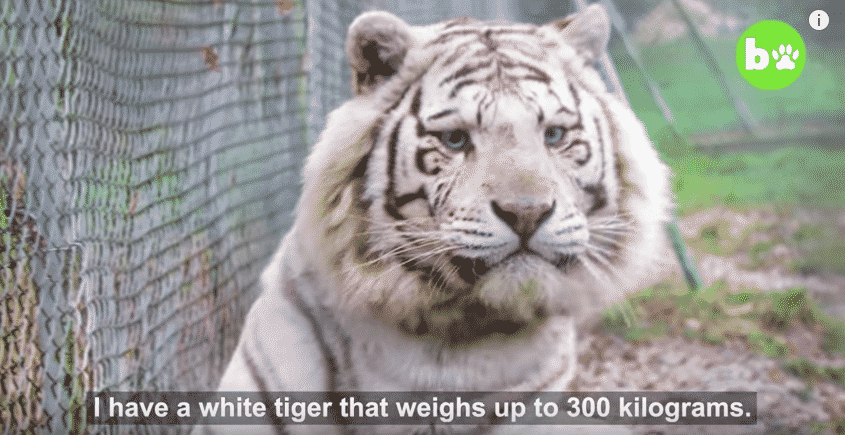 Remy happens to have a beautiful white tiger on his property and you won’t believe how much it weighs. “I have a white tiger that weighs up to 300 kilograms,” Remy states. “It’s about the maximum weight for a tiger.” That’s 661 pounds, meaning that the tiger is massive! 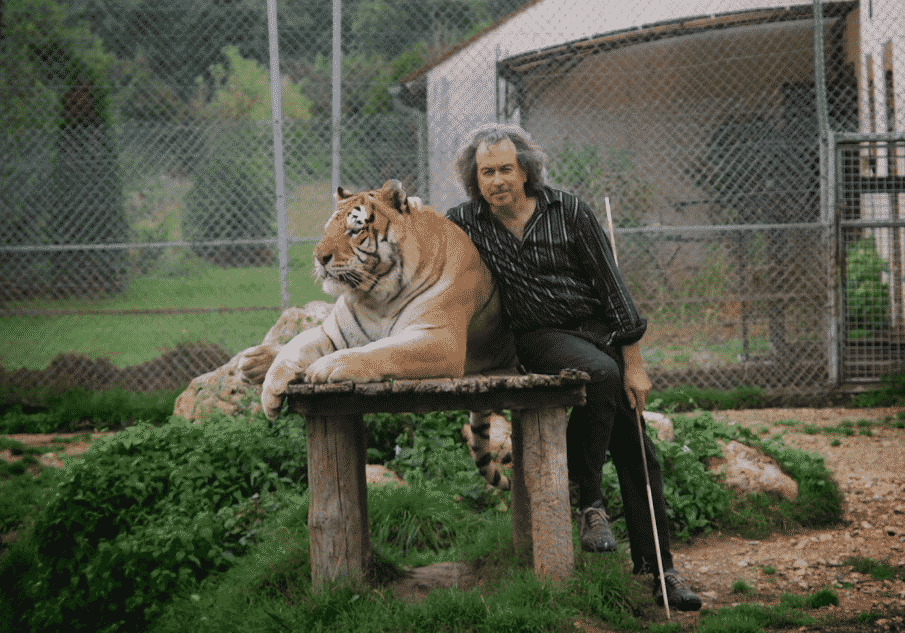 With such large animals on his property it can be pretty unimaginable to think about how he feeds them all. Remy himself has stated that the lions and tigers eat a lot and since he is the only person taking care of them the burden of feeding them all is left on him. “These are animals that eat around five to seven kilograms of meat a day. Red meat, white meat, beef and things like that. And I’m alone in looking after my animals, I have no one helping me,” Remy explained. So has Remy considered getting outside help? 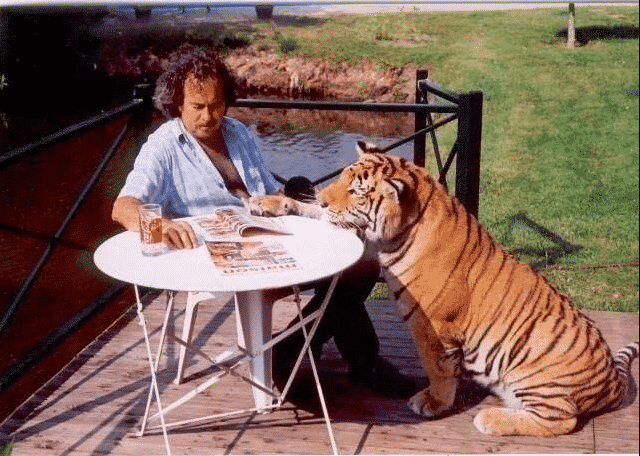 It’s a tough job looking after so many large cats on his own. Remy admits that it does tire him out from time to time. He has stated that he has received many volunteer offers from others that he quickly turns down. But why? 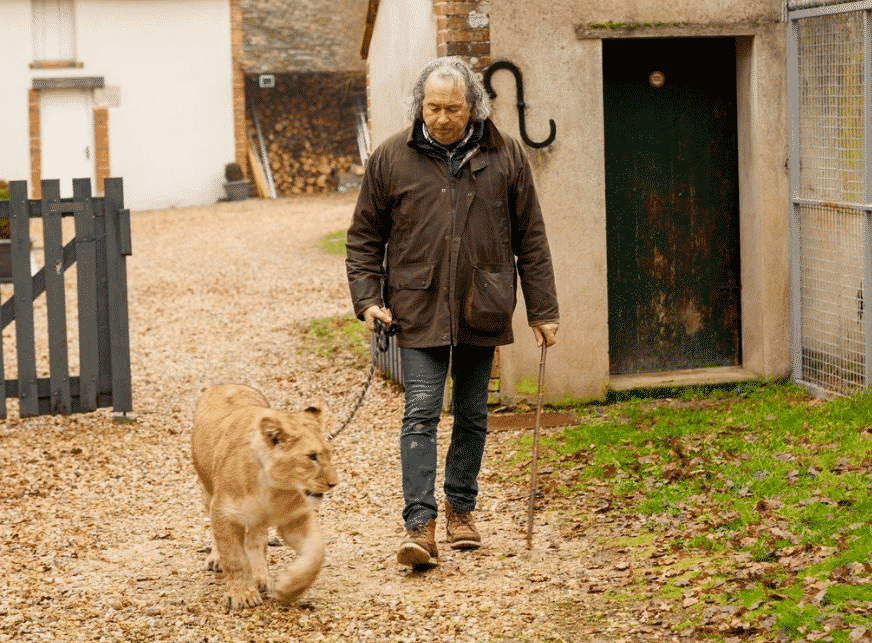 Remy has refused to accept any volunteer offers from others. “There are lots of people that want to help me – but as it’s very dangerous, I am scared they might have an accident,” Remy said. “You can never fully 100% guarantee that you’ll leave the cage or the park alive.” 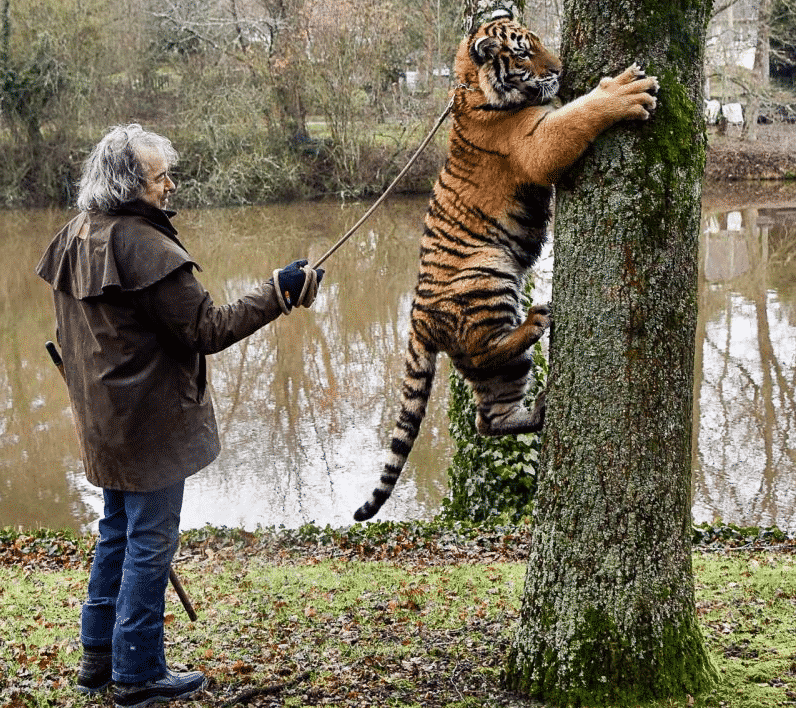 Despite knowing that his day job is incredibly dangerous, Remy still gets up every morning and interacts with his big cats. So why does he do it? Well, Remy had a pretty simple explanation for his love of his pets. 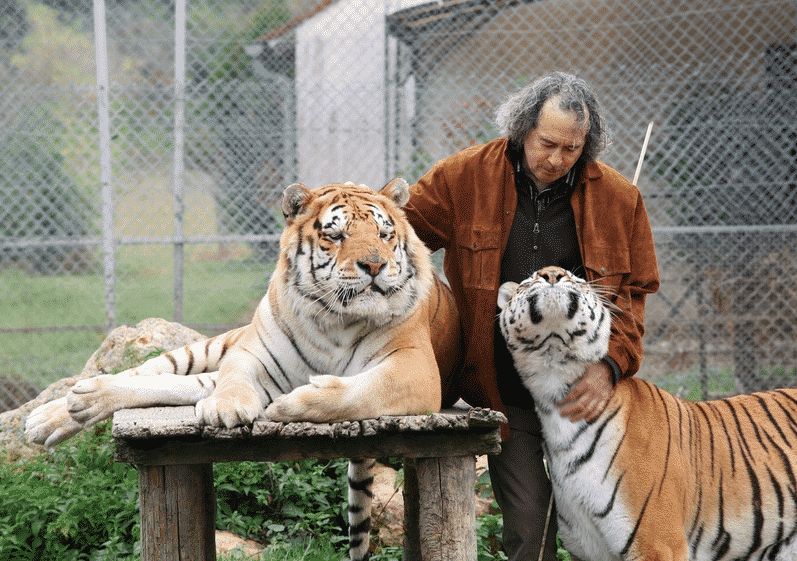 “But it’s exciting. That’s what I like – it’s an adrenaline rush. You need to understand their psychology. You need to know the animals practically by heart,” Remy says. “You must never trust them 100% because that’s when you can get attacked easily.” So has the rescuer ever been attacked by one of his cats? 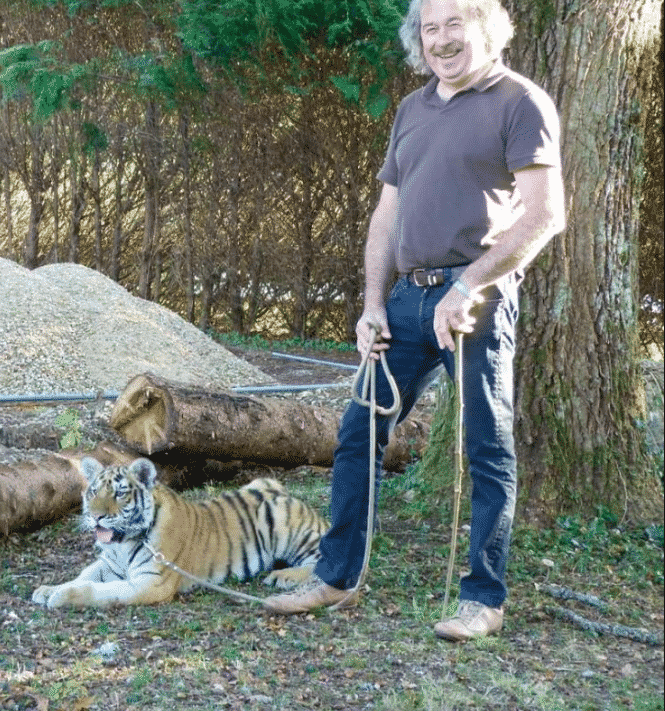 Remy has been fortunate enough to have not been attacked over the course of his 27 years as a big cat rescuer. Still, he is not naive to the reality of the situation. “In 27 years, I’ve never had an accident. But it could happen any day,” he stated. So what is the trick? 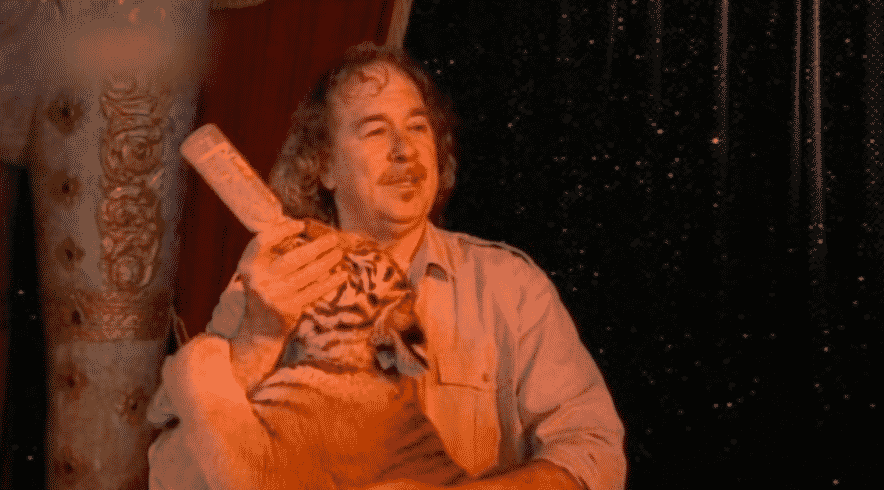 Remy has stated that there is only one real trick to getting the animals to bond with you. “If you want to be close to them you need to raise them since birth,” he explains. “When they’re babies you need to give them a bottle every three hours, day and night.” 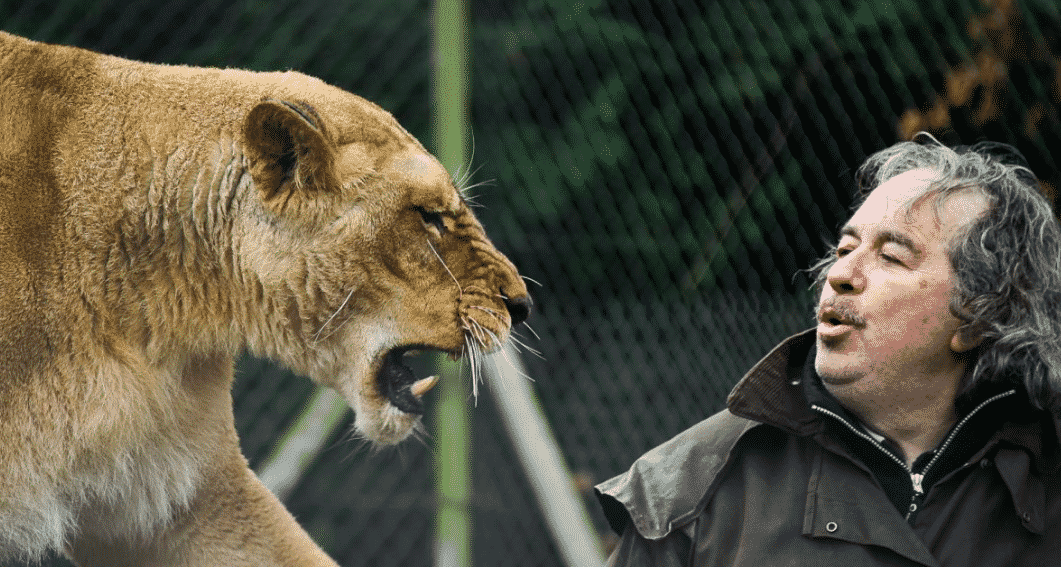 So what are Remy’s plans going forward? Well, it seems that he is starting to accept that his old age may begin getting in the way of his care plans. This is why he is no longer accepting any new cats into the park. 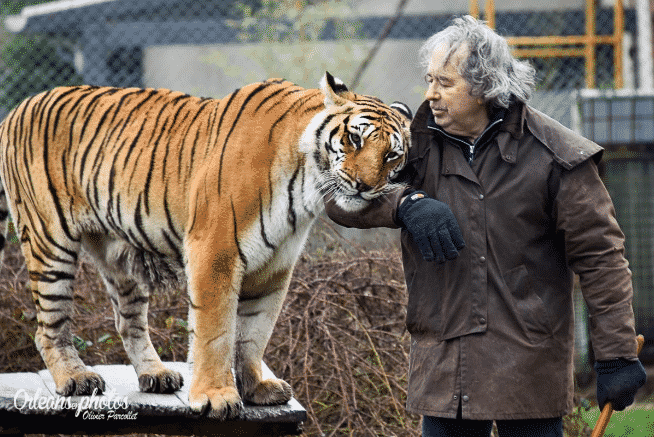 “Given my age, I’m going to stop getting new animals because they live more than twenty years. I won’t be able to look after them with a Zimmer frame!” he said jokingly. Still, Remy feels privileged to have been able to spend so many years looking after such majestic creatures. 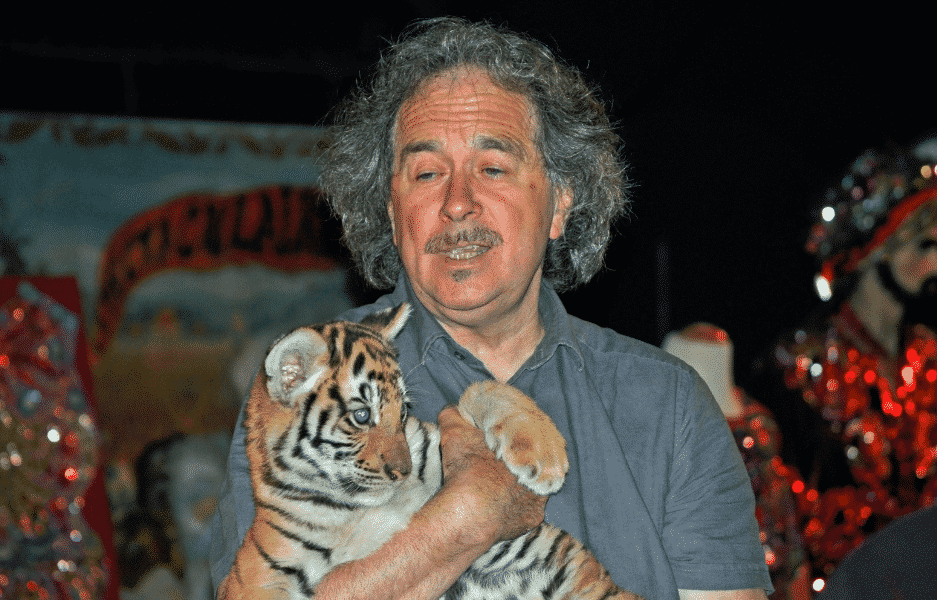 “But for now, it’s a privilege to be accepted by them Being with these animals, it does me good,” Remy said. Remy continues to take care of his current cats and loves to play around and cuddle with them as well. Talk about an interesting life!