For one Indian family, their way of life has changed significantly after a run-in with a monkey. Meet Dr. Prakash Amte and his wife Dr. Mandakini Amte who created an animal ark in their home. The couple has spent decades taking care of both the people and the animals of Hemalkasa, Maharashtra in India. 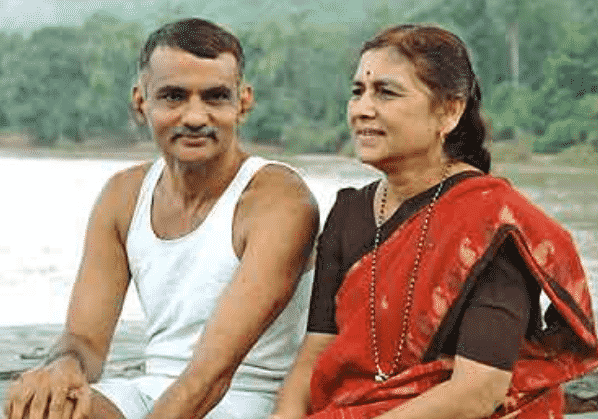 One day, Dr. Prakash Amte and his wife Dr. Mandakini Amte were taking a walk through the Dandarayana forests of Gadchiroli, Maharashtra. It was on that walk that they came across a group of tribal people that had just been on a hunt. The couple was shocked by what they saw… 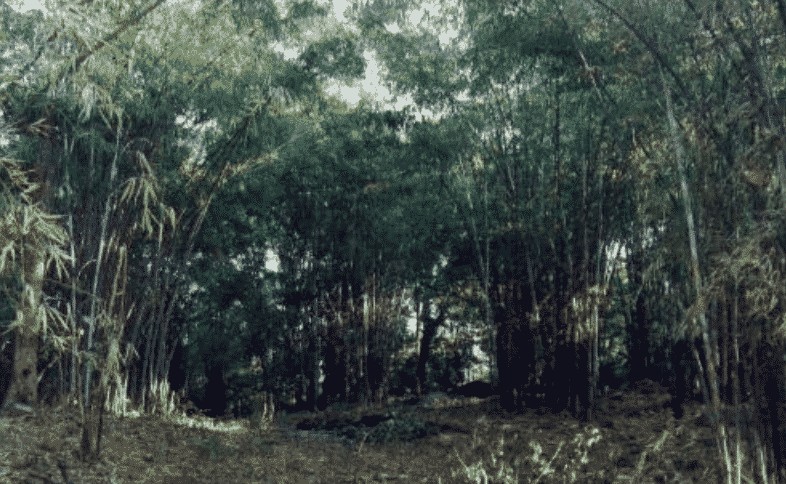 In the hands of one of the tribesman was a dead monkey. It seems that they were hunting the monkeys to eat. The doctor’s quickly noticed, however, that not all of the monkeys that were captured were dead. 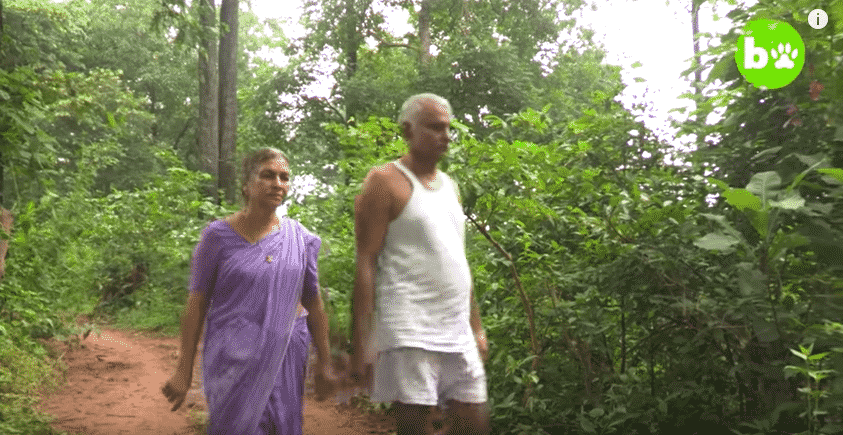 “We saw that two monkeys were tied on the bamboo stick and two men were carrying them on their shoulders. A baby monkey was attached to his dead mother’s breast and was drinking her milk. We felt extremely terrible,” Amte explained. 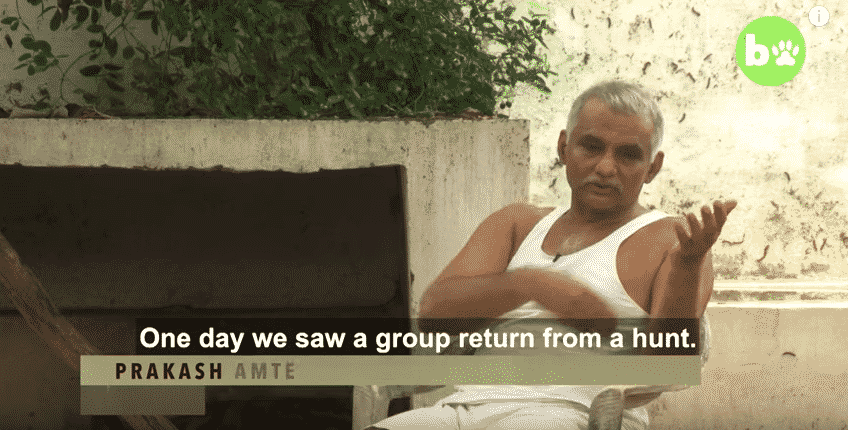 The doctor’s were both new to the area and had never heard of people hunting down monkeys for food. They quickly told the tribesmen to hand over the baby monkey to them. However, they had no idea how the tribal people would react. 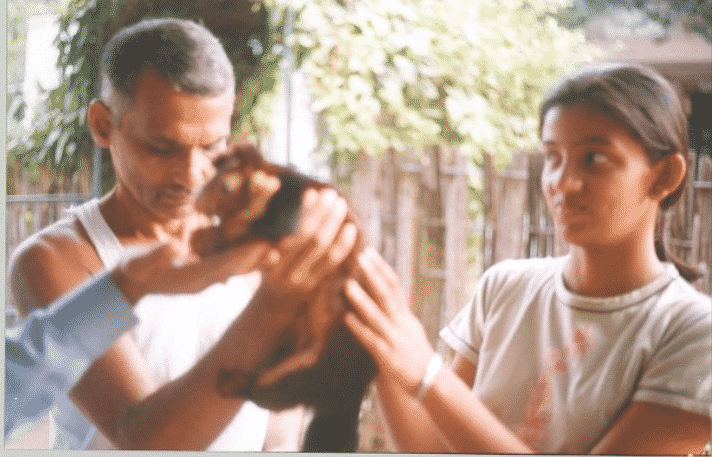 “We told them to hand us over the baby. But they were not ready to hand over the baby as they were without food,” Amte explained. “So we offered them rice and vegetables and exhanged it with a monkey. This was our first bargain.” 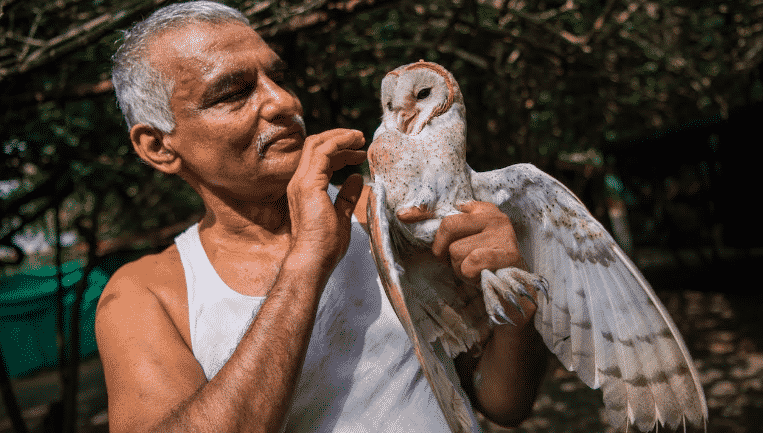 The doctor’s then took in to the monkey and cared for it. They named him Babli after the tribal god worshipped by the tribesman in the area known as the Madia-Gond. No one had any idea how much things would change from this point on. 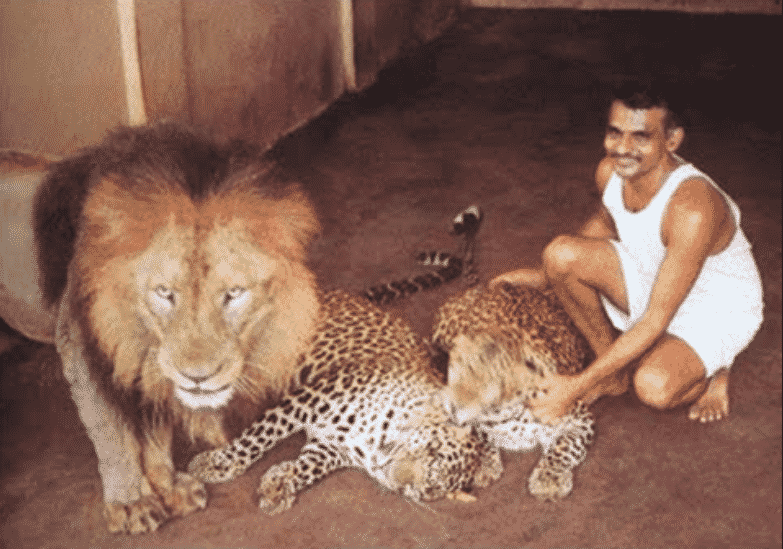 Eventually, Amte made a deal with the Madias that would change everything. He convinced them to not kill minor animals in the area and instead to bring any sick and injured ones over to the doctor’s courtyard. In exchange, he would feed the Madias and clothe them. 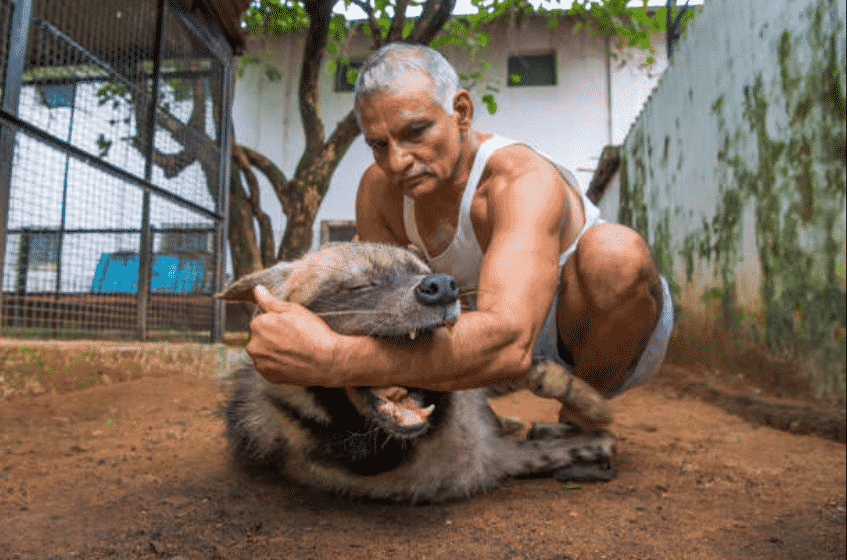 One-by-one animals started to show up at the doctor’s home. There was only one problem concerning them. They were human doctors and not animals doctors, so how did they treat the injured ones? 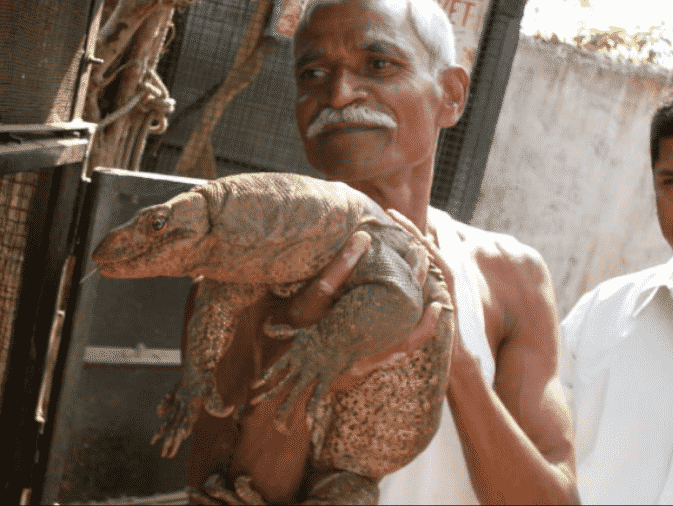 “The problem was we didn’t know anything about veterinary or had studied any books about it. But we all wished that the animals should live here comfortably. Medicine was for humans but if the animals faced any problem, we would adjust the dosages and give them it.” 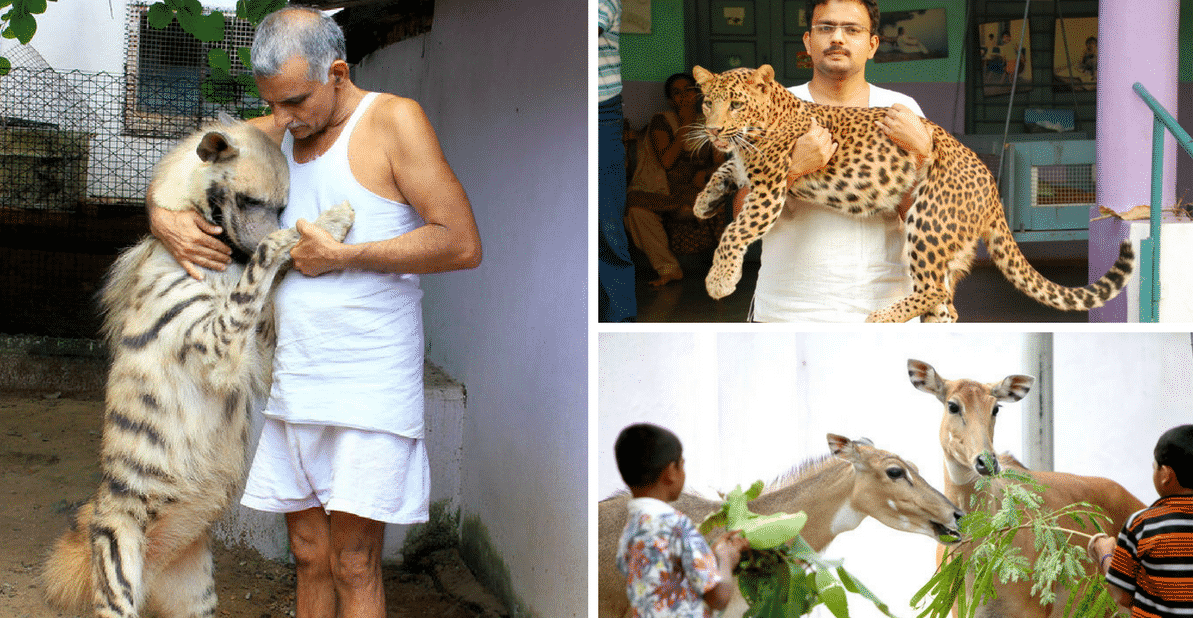 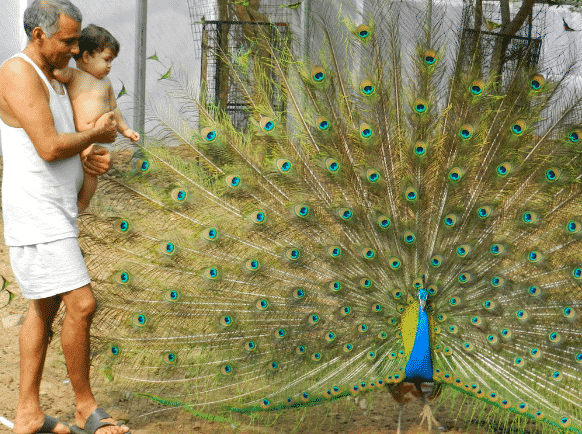 At one point, the family had as many as 300 animals living at their sanctuary. The animals lived with the family and with the villagers as well. “Animals became family to us. I call them my family members and the number started increasing until it reached a hundred,” Prakash said. 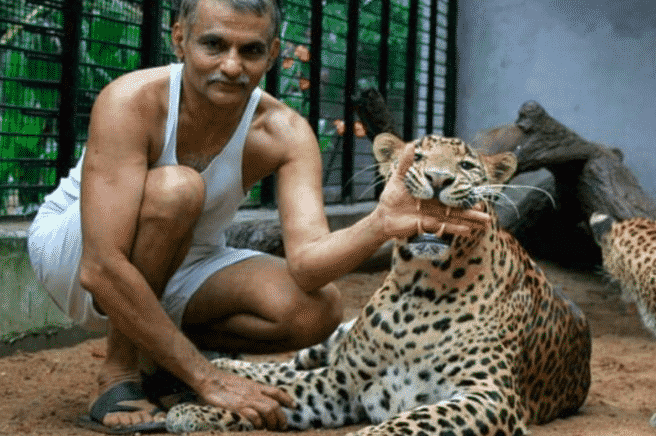 With so many animals constantly living with them one would think that it would be a dangerous situation. However, as incredible as it might sound, none of the family members have ever been attacked by any of the animals. 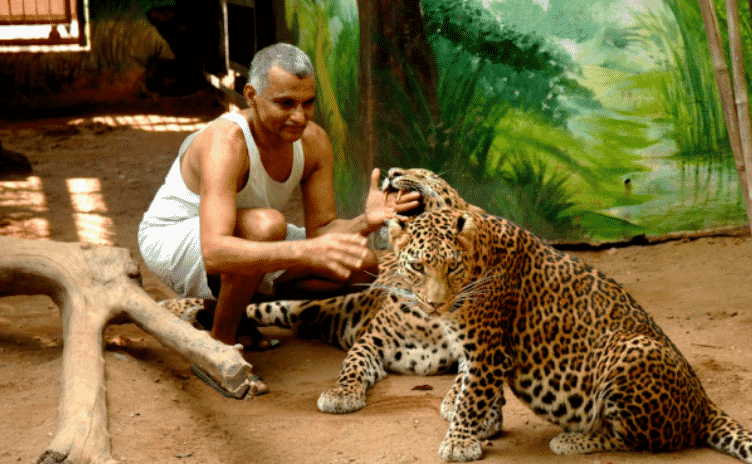 “None of the animals have ever intentionally attacked anyone. Only a few small injuries from sharp nails,” Prakash informed. The doctor has even convinced the tribesmen not to kill snakes if they find them. Prakash helped explain the situation to them. 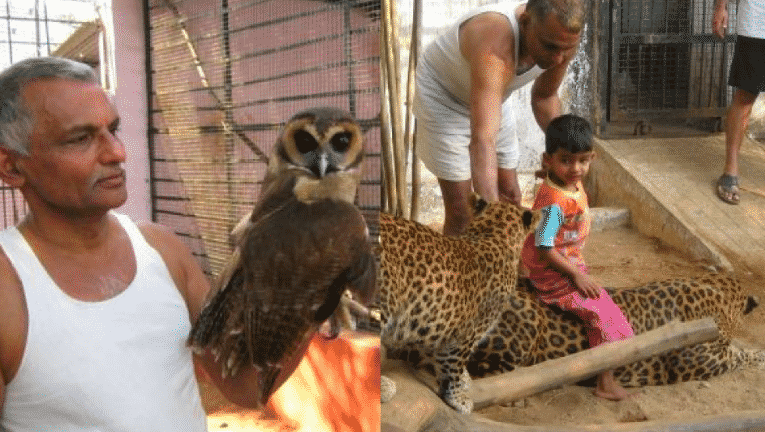 “We have told the villagers that since we have medicines, don’t kill the snakes. If you see a snake, inform us. We will go and catch them and release them far away in the forest,” Prakash explained. Prakash and his family have also helped to better educate the villagers as well. 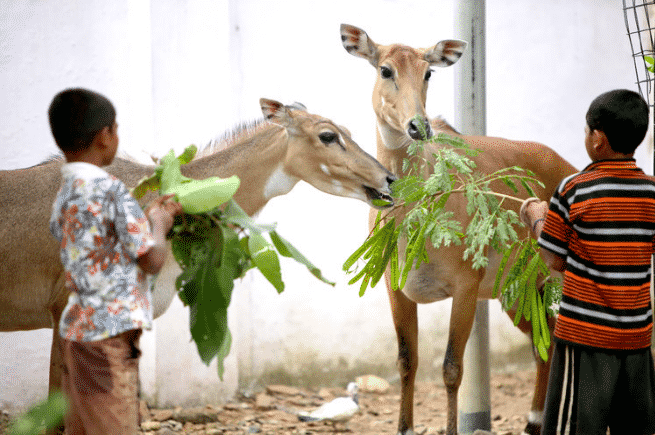 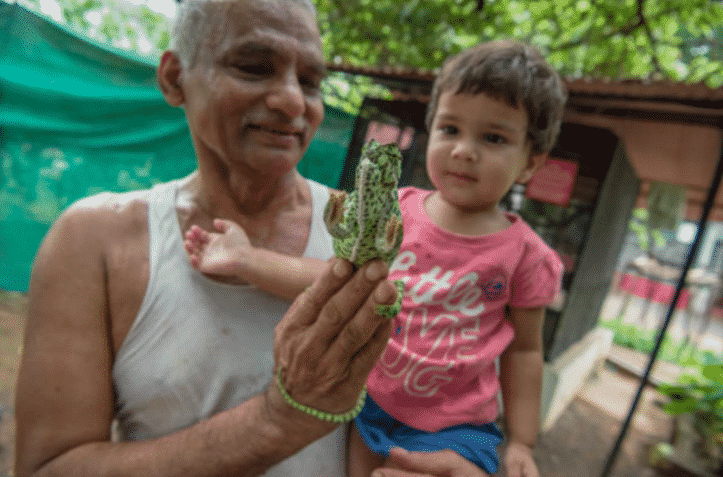 However, the doctor and his family were not content with just educating the villagers and tribesmen about snakes. They wanted to better the community in the best way that they could. So they decided to open something up that would change everyone’s lives.

Prakash decided to help open up a local school for the children to attend. There the tribal children receive a free education as well as free meals. So who is in charge of all of this? 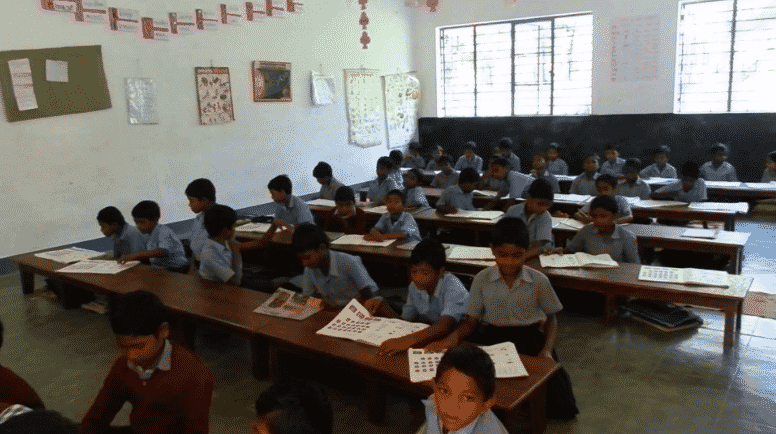 The couple’s son, Aniket Prakash Amte, is in charge of looking after the school. He has made sure that everything is running smoothly and that his father’s vision is brought to life. “The school has a proper building and teaches over 400 tribal children. We provide free education and meals to all our students.” 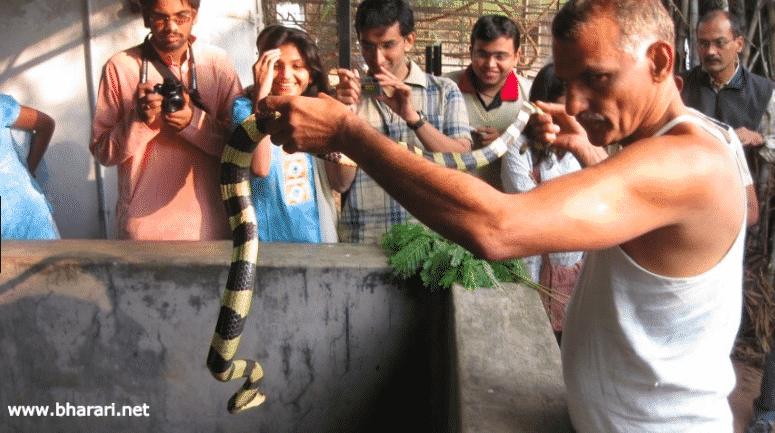 The family’s efforts have been recognized widely. They have been given numerous awards including the Mother Teresa Award for Social Justice in 2014. The family was also the focus of a biopic film called Dr Prakash Baba Amte: The Real Hero in 2014. 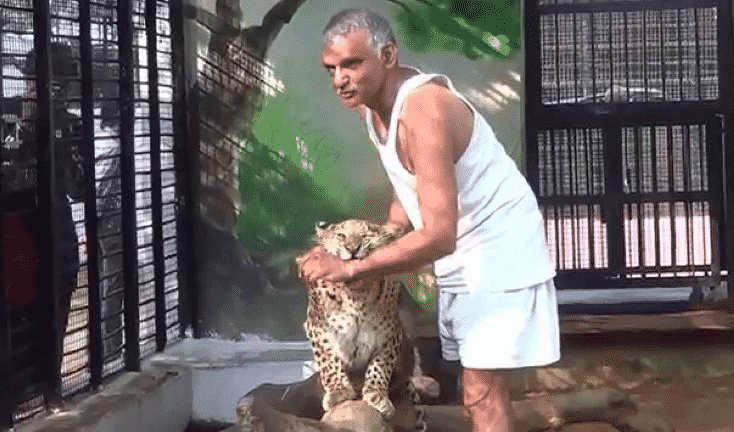 “In the future, we hope to help breed endangered species, animals from other sanctuaries, and release them into the wild if they’re ready. We have such a good life here, the love we have for these animals. I have four grandchildren who are all involved here too, so the tradition continues.”