This is the story of ‘Jiquitaia’, a baby jaguar left to die in the Brazilian jungles. He was weak, and couldn’t make it on his own. Fortunately, officers of the Brazilian military found the little guy and nurtured him back to full health.

20. Survival of the Fittest 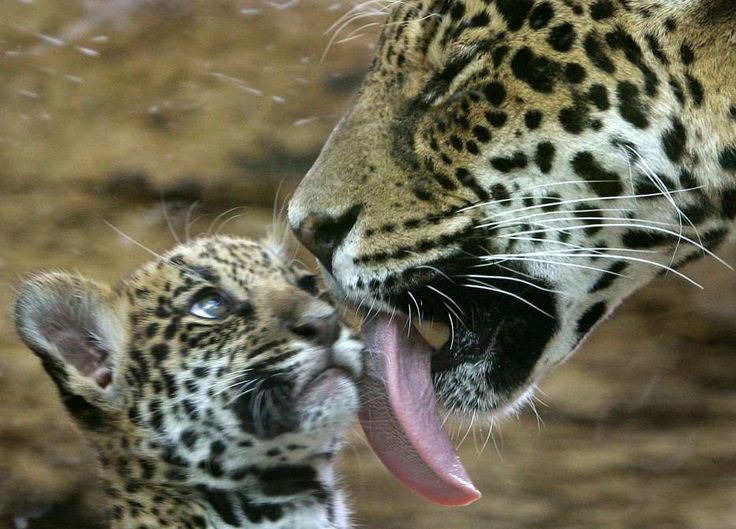 Young Jiquitaia was abandoned by his mother because he was not “fit” to survive. You might be surprised, but animals, especially cats, lions and such species don’t nurture those kittens that have a physical defect or some sort of mild sickness at birth.

19. Animals Can Be Cruel to Their Own Sometimes! 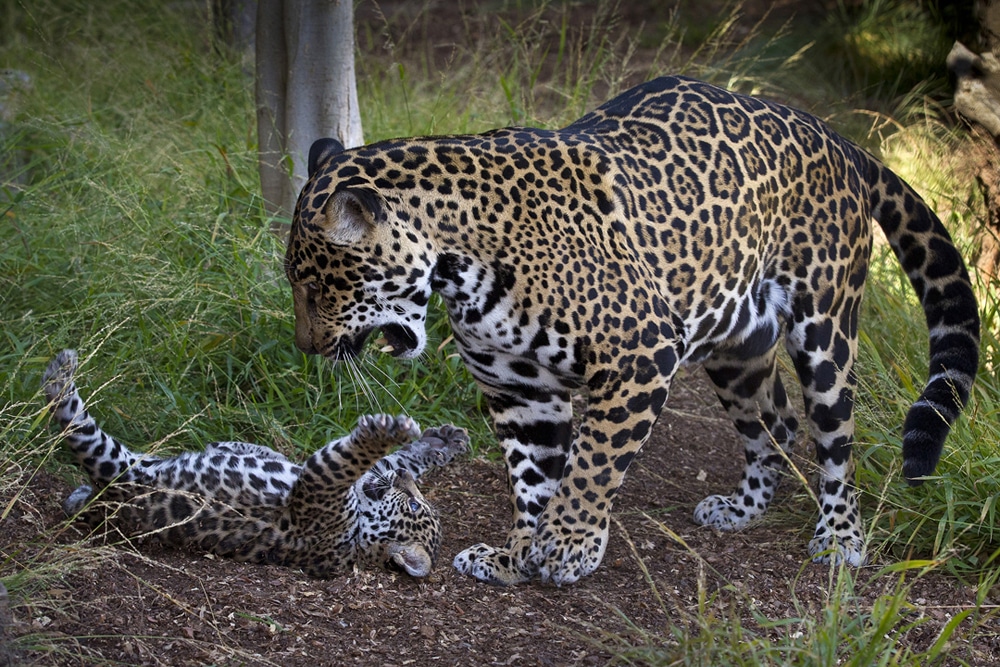 The mother’s instincts tell her to only focus on kittens that are deemed fit for survival. Such is the cruel law of nature. For this poor jaguar, fate was hanging by a string because there seemed to be no hope. 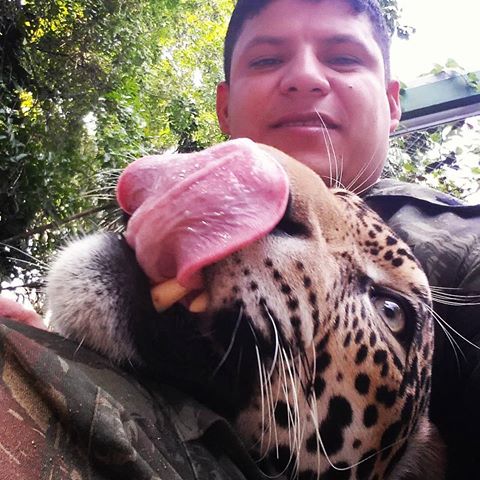 When soldiers of the Brazilian army found this little guy, he was barely hanging on. The good officers didn’t want to leave baby Jiquitaia behind, so they decided to bring him on board. Leaving the jaguar would have meant imminent death, sooner or later.

17. Officers Were Not Trained to Take Care of a Jaguar 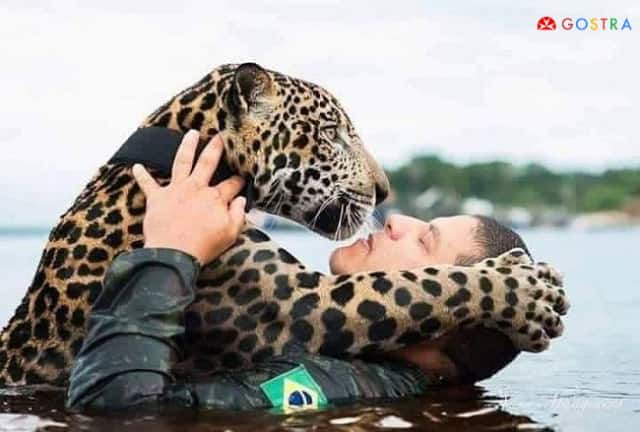 Normally, jaguars in Amazon jungles are poached for their skin. Had Jiquitaia been left behind as dead weight, he would have passed away regardless. It meant death at the hands of hunters, other animals or the unpredictable weather for the seemingly lifeless kitten.

16. Too Weak to Be Left At The Mercy of the Jungle 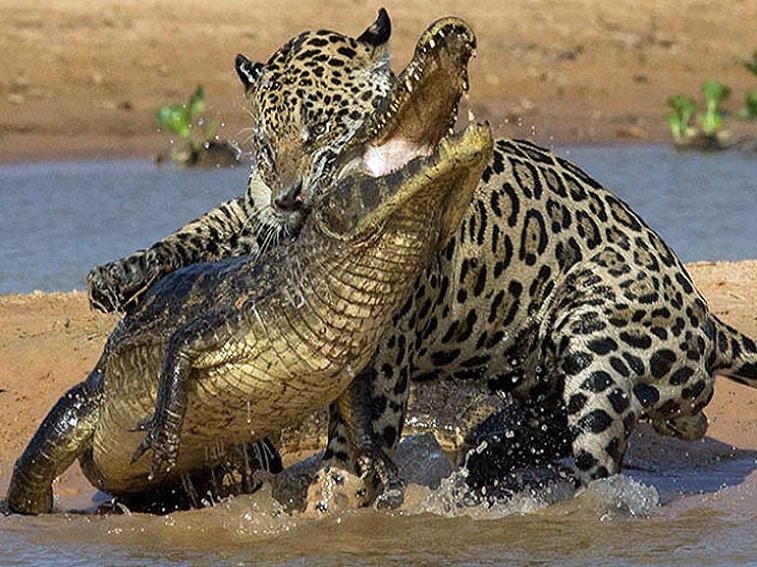 He was too weak to be released back into the wild, and there was no sight of Jiquitaia’s siblings or his mother for that matter. 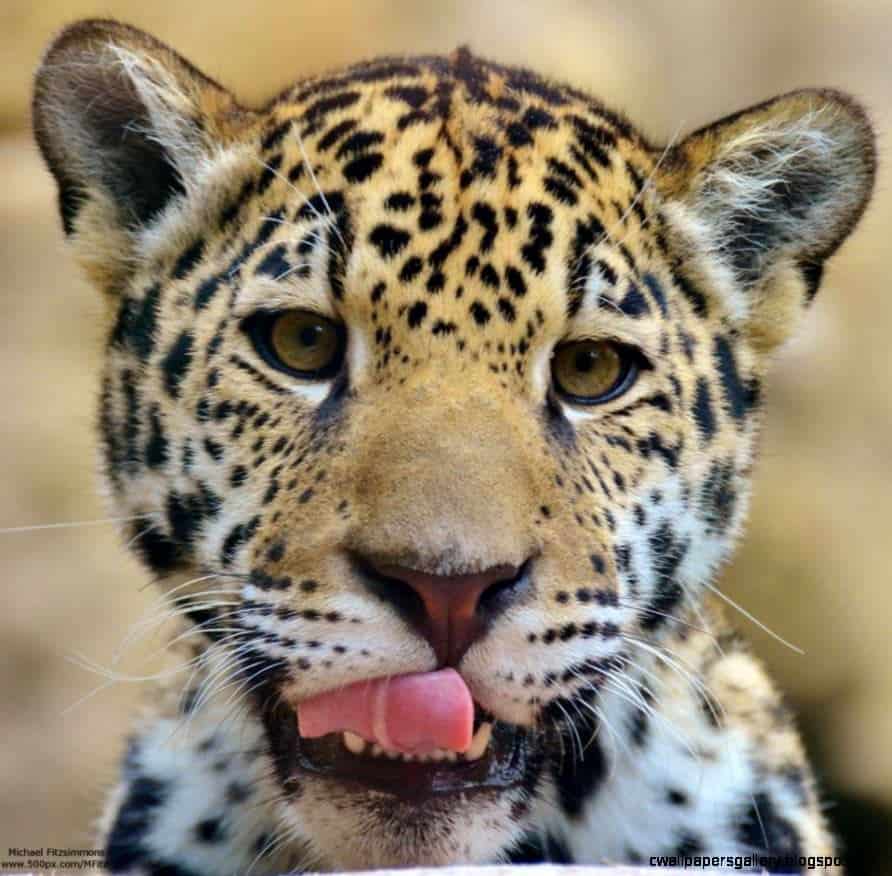 The decision to rescue this jaguar was an easy one; the real challenge came when Jiquitaia had to be fed, taught and restored back to full health. Local authorities decided to give up the jaguar to the Brazilian military officers, who later on admitted, were not trained to take care of wild animals in such capacity. 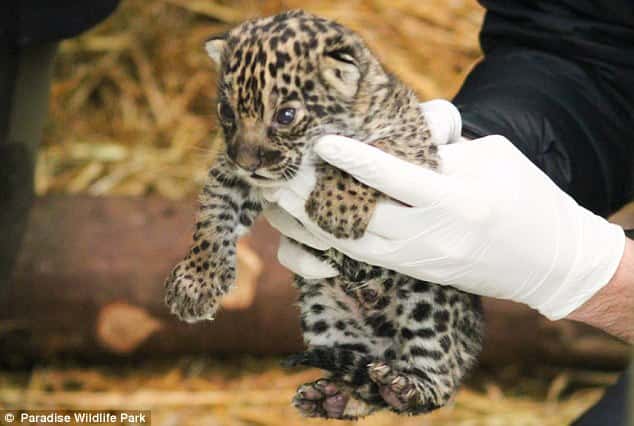 The Jungle Warfare Training Center of Brazil is based on a group of highly trained officers as wilderness warriors. Their day to day activities circle around recon operations, scouting and making sure that the rainforests are safe from the hazards of hostile forces.

Since nature is in huge abundance in the local region, the officers do their best to make sure that the local visitors and wildlife are well protected from any harm. 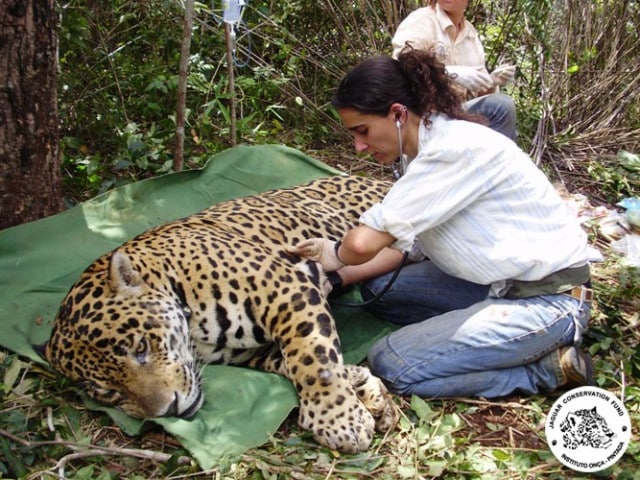 The area from where the young jaguar was rescued, is recognized as the most inhospitable area of the Brazilian rainforest. After a small team effort, Jiquitaia was saved. However, when he was brought in, his condition was frail on the least. The military officers called in animal experts for Jiquitaia’s initial dose of vaccine and food supplements.

12. Getting Back to Life One Step At a Time 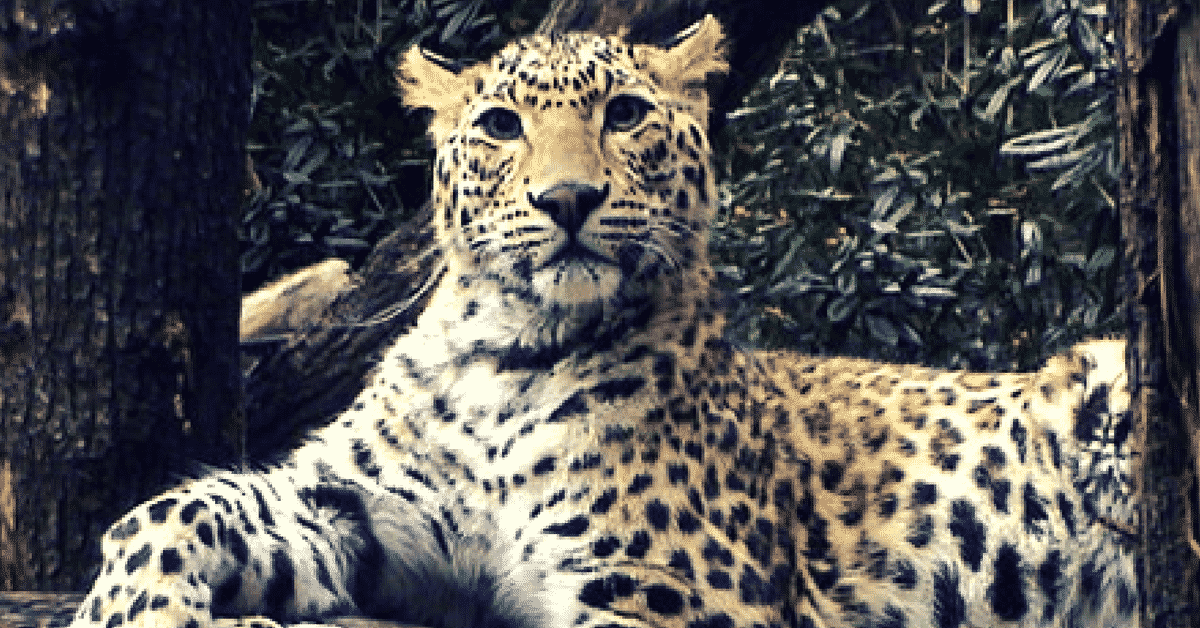 On the other hand, rescuing officers didn’t have a lot of hope for the poor animal. Somehow, Jiquitaia pulled through and showed signs of miraculous recovery.

He responded to human beings in a kind and affectionate manner. Normally, jaguars are associated with wild behavior and sudden attacks, but this one was a rare case.

11. Released Back In The Jungle After Full Recovery, But Wait… 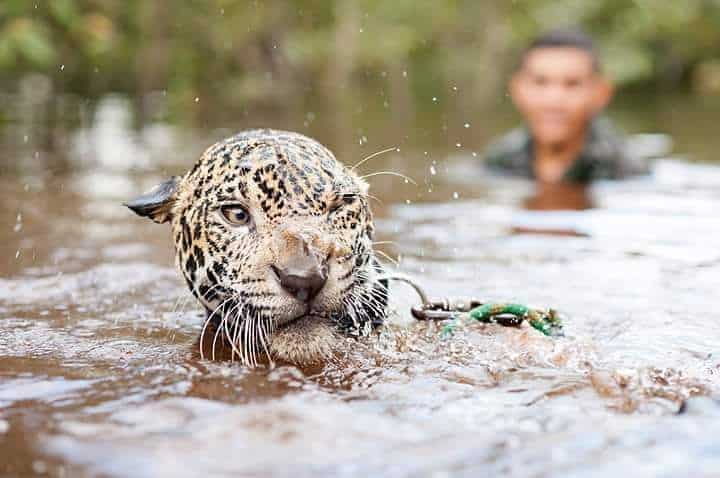 At one point, Jiquitaia, the jaguar, was released back into the jungle but reports came in of a flood related disaster. The entire jungle was overcome by a huge tide that uprooted hundreds of trees and huts in its wake.

10. Flood Disaster Hits Jiquitaia The Jaguar When All Seemed Fine 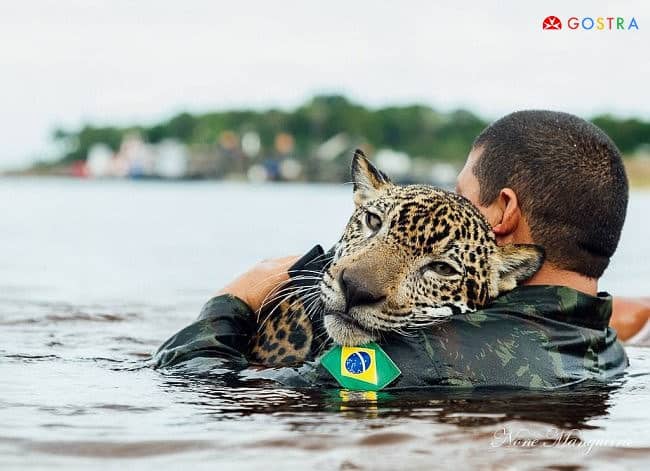 The jaguar was somehow spotted by the local residents, as a mere effigy of an animal struggling to remain afloat. Since these people already knew that Jiquitaia was a rescued jaguar at a young age, they gave a call to the same officers.

9. Officers Rush to the Rescue 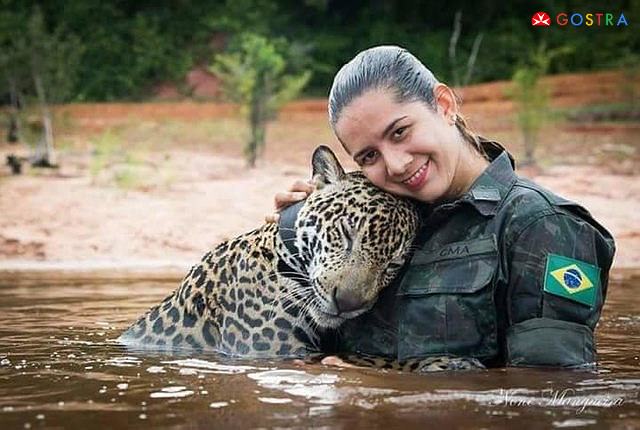 The Brazilian military was quick to respond and showed up to what would be later remembered as a re-rescue operation of the same jaguar. After the call, three officers and several villagers engaged in a terrifying drowning disaster to save Jiquitaia.

8. A Bold Rescue In a Bleak Situation 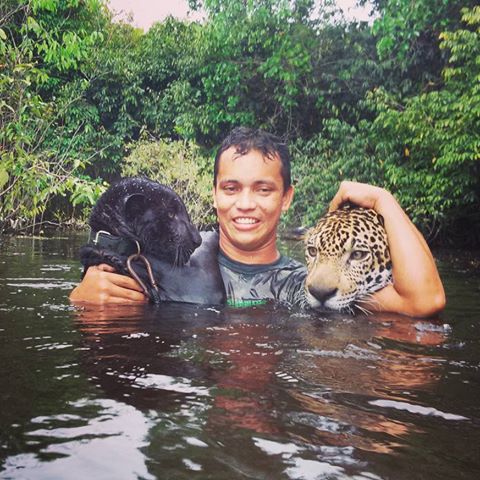 “The jaguar was terrified and on the verge of drowning. He was desperately clinging to a fallen tree to stay afloat,” said one of the members of the Brazilian military. The bold attempt was concluded as successful when the team managed to lower a special wooden platform in the direction of Jiquitaia. 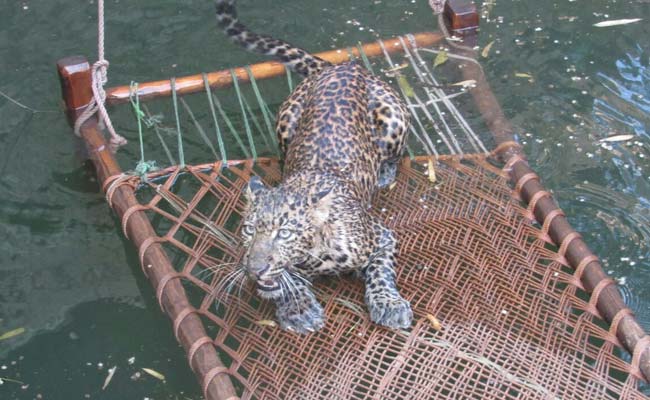 The jaguar seemed hesitant and refused to let go of the tree. This is when two officers decided to go in deep to carry the poor animal. 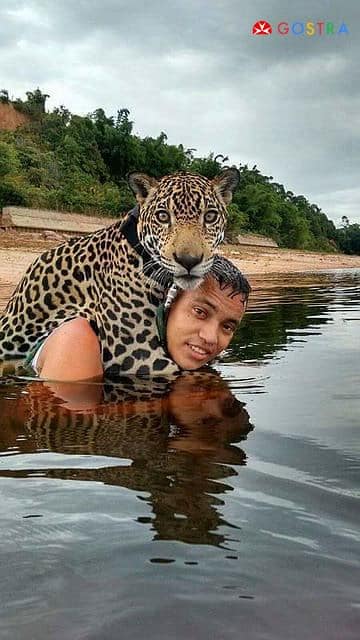 You can see in one of the photographs that Jiquitaia is clinging on to the back of a Brazilian army member. The jaguar seems content at making contact with a human once again.

5. Wild Animals Encounters of This Kind Are Rare 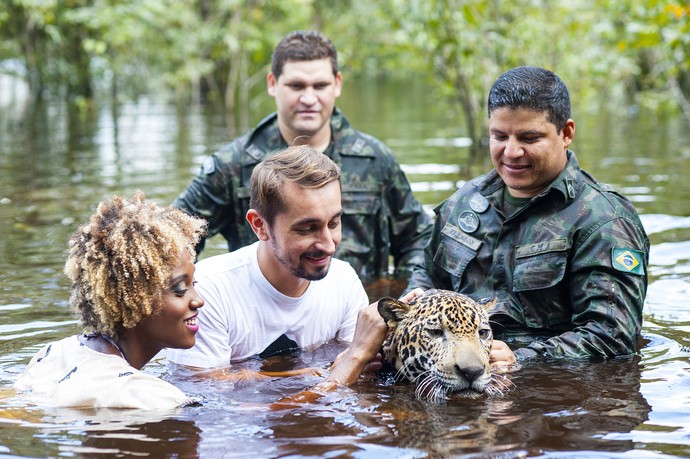 The officers said, “It is not very often that we see people and big cats coming in close contact with one another. However, this jaguar was a special case as he was released back to the wild not too long ago. Perhaps, this cat is not accustomed to the ways of the jungle anymore.” 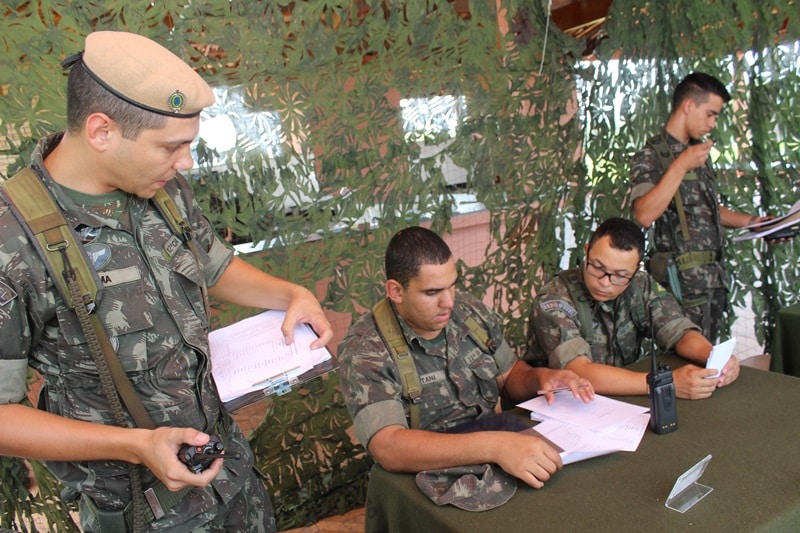 The Brazilian Jungle Warfare Training Center took a unanimous decision to permanently keep the jaguar on the military base. They made a shelter for Jiquitaia to make himself feel right back at home. 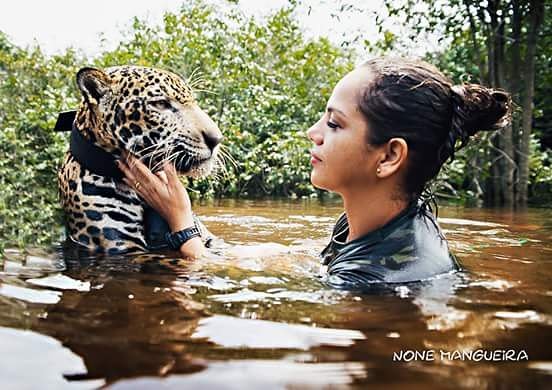 The second rescue operation had very slim chances of success. Perhaps, this Jaguar was meant to survive to send a message out to the rest of the world.

2. A Dying Breed of Today’s Times 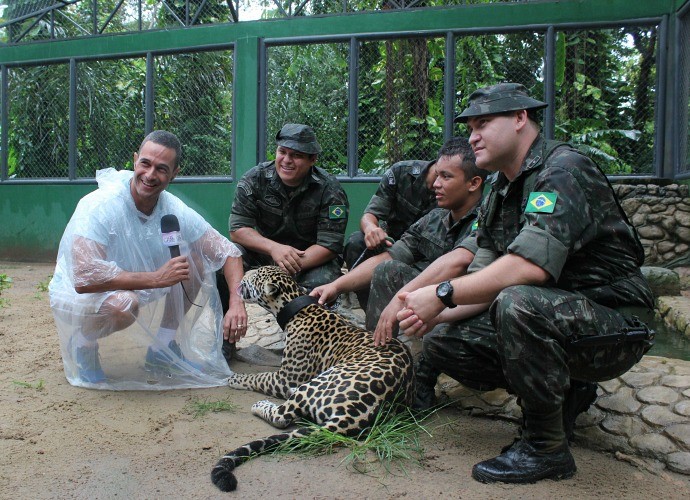 Jaguars are a rare breed – and by now, the species is almost extinct. The courage and valor of these officers demonstrate that human beings and wildlife can live in harmony. Jiquitaia is a living example of a jaguar madly in love with his human rescuers who put their own lives at risk to save the silly cat a couple of times.

1. Jiquitaia Becomes a Symbol of Hope for Other Wildlife Animals 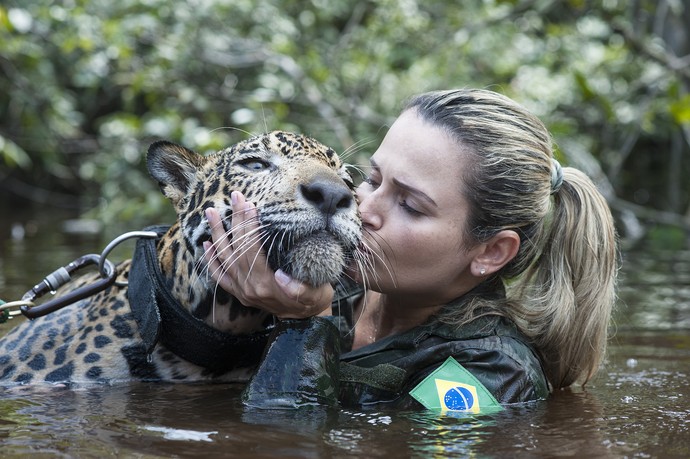 When there are such people on Earth, who are not indifferent to other living beings, our plant still has a shot at survival in decades to come.