Not too long ago, two boys braved icy cold Norwegian waters to save a lamb from drowning. It was a bold rescue attempts, where the odd seemed to claim the life of the rescuers alongside the poor animal’s. However, the story has a happy ending, read on… 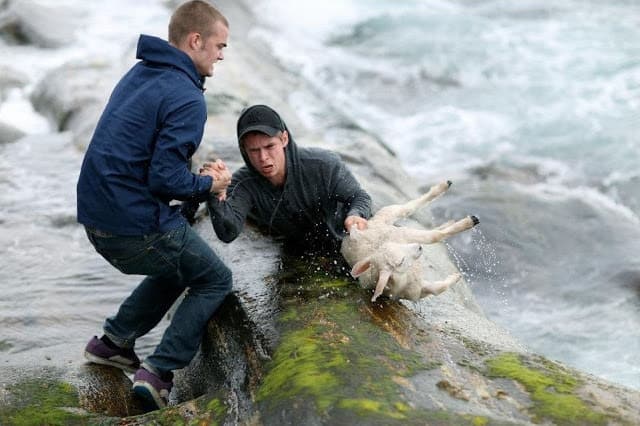 Erik and Torvald are two Norwegian boys who shot to fame after their harrowing attempt at rescuing a lamb from drowning went viral. The boys put their own lives at stake to save the animal, which is a fine example of an inspirational act of kindness.

19. Things Were Fine Until They Heard the Lamb Bleating For Its Life! 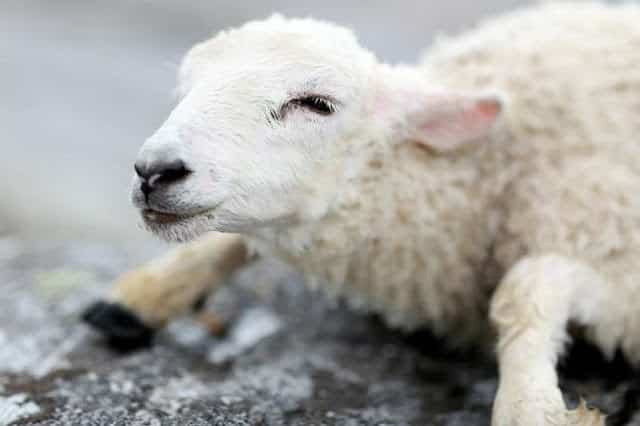 Erik and Torvald were at Alnes in Giske municipality when the incident happened. They were on their way to take scenic photos with their friend Vetle Fastrad who shot the entire “rescue operation” on his cellphone camera.

18. A Normal Tuesday Afternoon In Norway 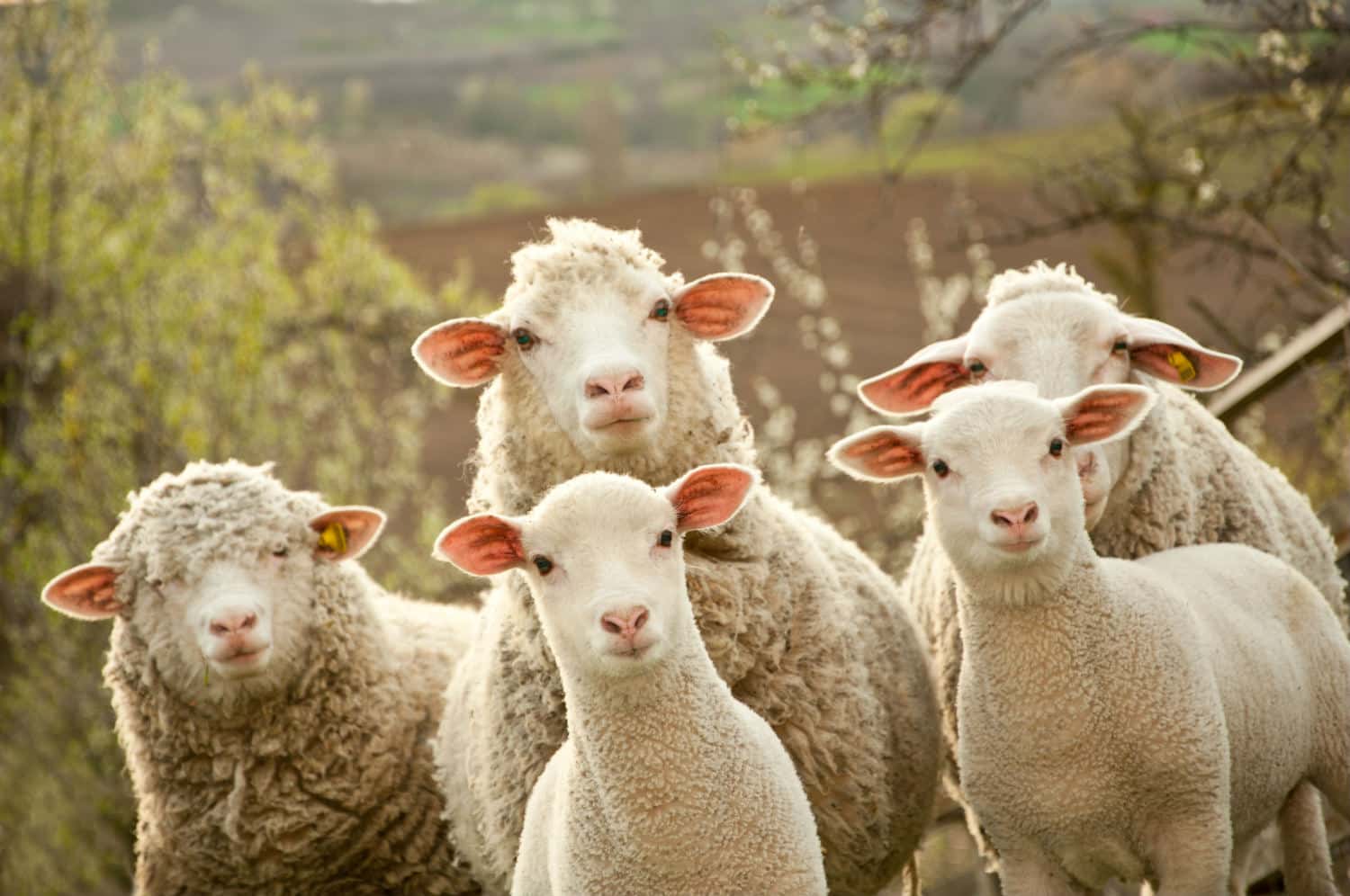 It was a normal Tuesday afternoon where nothing seemed out of the ordinary. Suddenly, Erik, who was the closest by the river bank, shouted back at his friends. He was flailing his arms over his head, asking them to come over as quickly as possible. 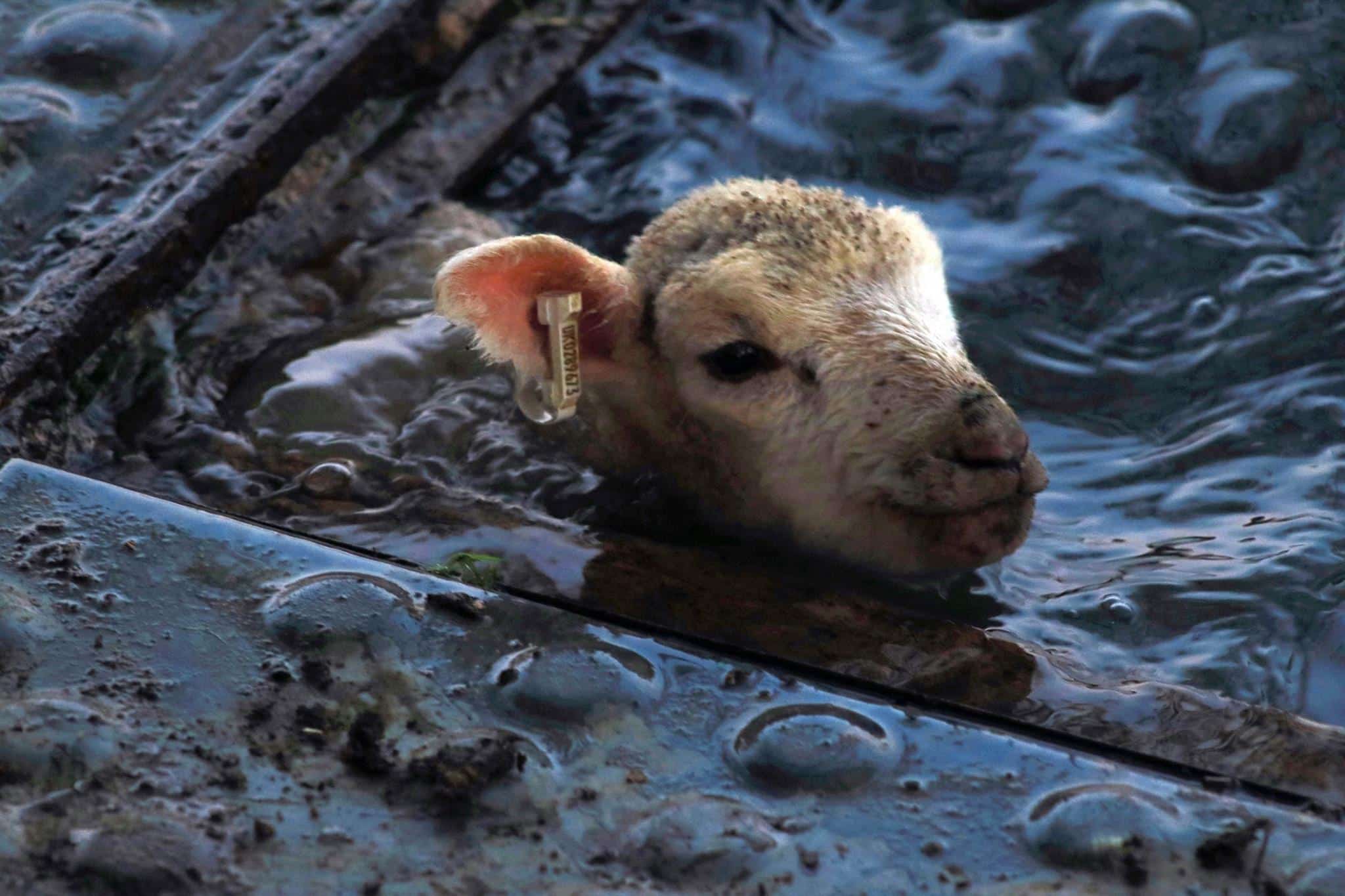 “I saw a little white dot in the ice cold water. I was curious about it, and when I came close, I saw that it was a lamb,” said Erik.

16. Wait, It Was a Lamb Desperately In Need of Help 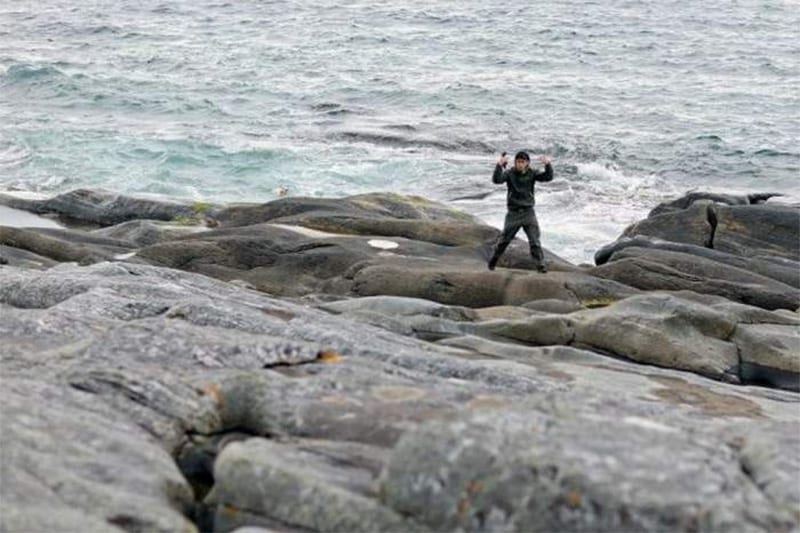 As soon as the two boys realized that it was a cute little helpless animal in need of rescuing, they decided to do the unthinkable. I don’t think I need to explain a lot, as the photographs clearly depict the amount of risk and danger these guys put their lives in.

15. Water Based Rescue Operations Have Claimed The Lives of Many 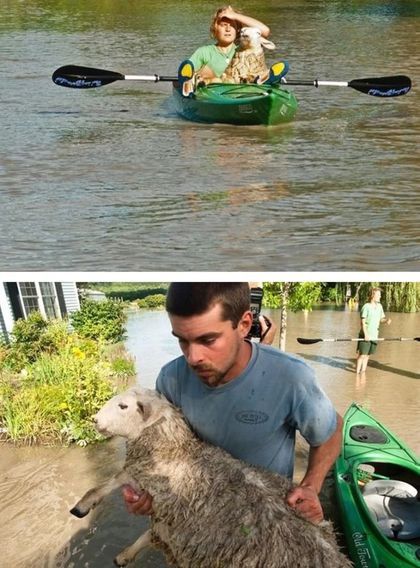 First of all, the water was icy cold. Had Erik, or anyone of his friends fallen into the water, the onslaught of waves could have easily claimed his life. Not to mention the fact that cold water can immediately jam muscles, hence rendering Erik immobile throughout the tenure of the rescue operation.

14. Battling Against The Odds 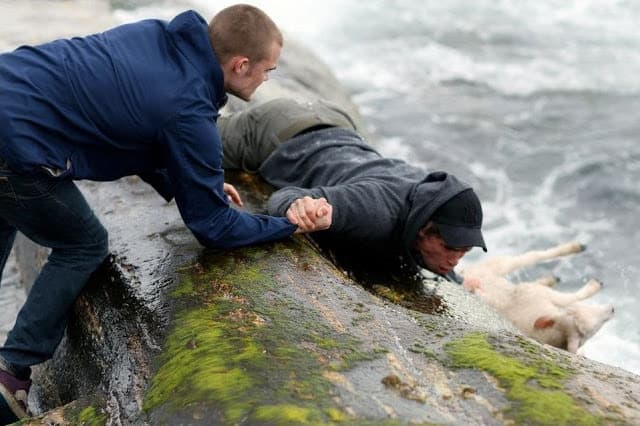 The waves were crashing up against the rocky shoreline. Since the boys came without any rescue gear, such as a rope or anything at all, things were drastically difficult. Erik decided to go in first and asked Torvald to grip his hand.

13. Erik Splayed Himself Towards The Miserable Lamb 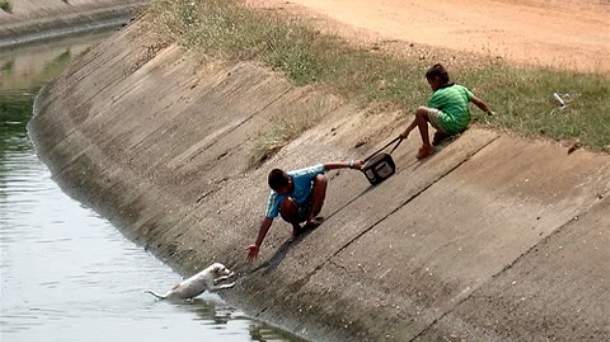 The rocks were just as dangerous as the waves themselves. Their slippery algae covered curves turned the whole scenario into a life-threatening situation for Erik and his friends. However, Erik was lucky enough to get a close grip on the lamb. 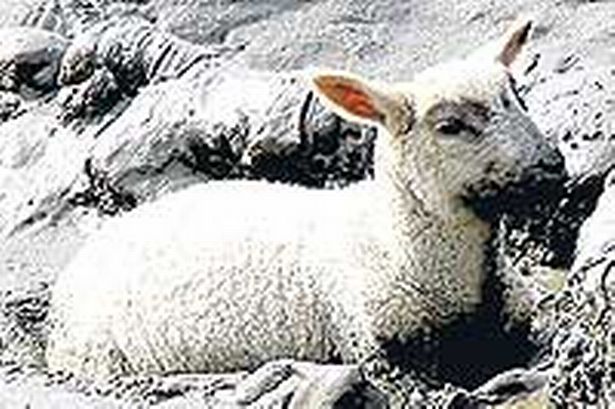 He managed to pull the poor fella’ up, while Torvald and Vetle pulled Erik towards safety. Had the boys not been in good shape, they’d have lost their lives as well. But fate was luckily in their favor that day.

11. Erik Shares His Thoughts On Rescuing The Poor Animal 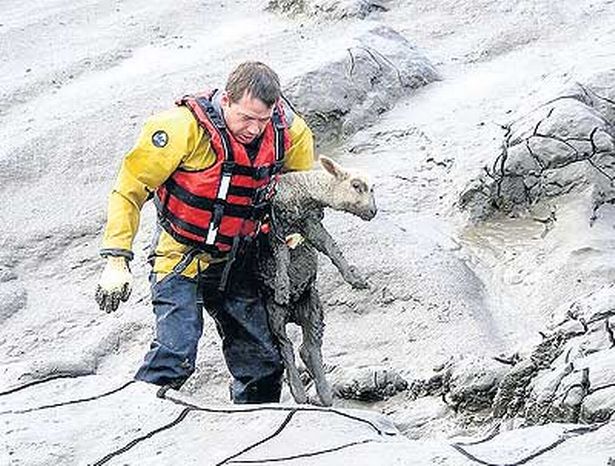 Afterwards, Vetle and Erik told a local newspaper that the lamb was scared as soon as we approached him. “He swam in the opposite direction away from us, thinking that we might be coming in with bad intentions or whatever.”

10. There Was Simply No Time to Save The Lamb 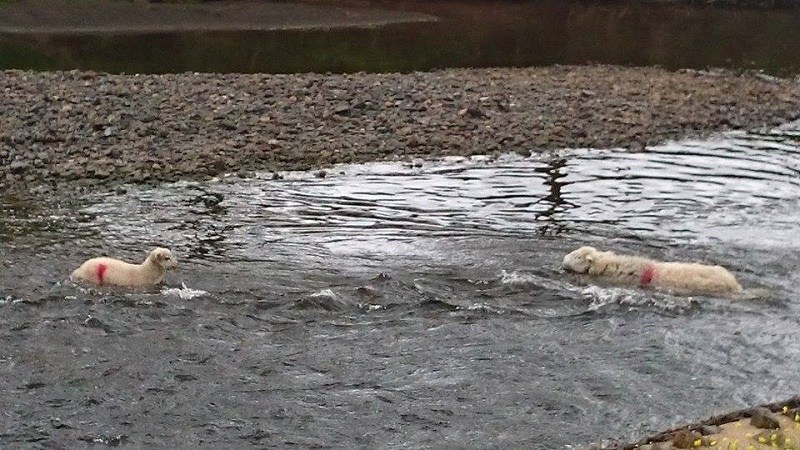 However, the “right” wave came in and pushed the lamb towards Erik’s extended arm. It was exactly at that moment when he grabbed the animal’s fur coat and refused to let go. 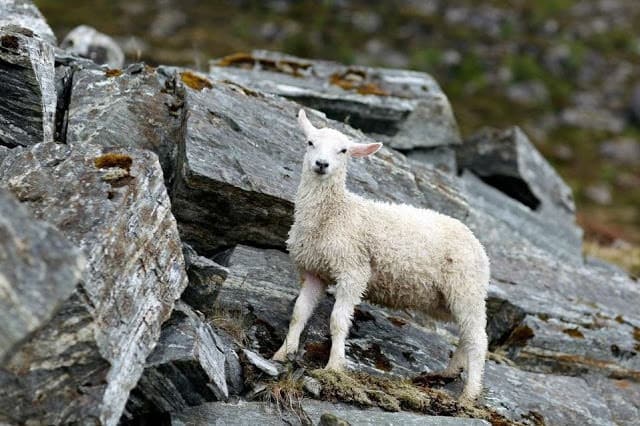 The mischievous lamb was released back on the ground, far from the water. When the boys came back a few minutes later, they saw the lamb heading towards the cliff! It was time to take the lamb back home because the animal kept getting himself in danger one incident after another.

8. A Reunion Worth Watching 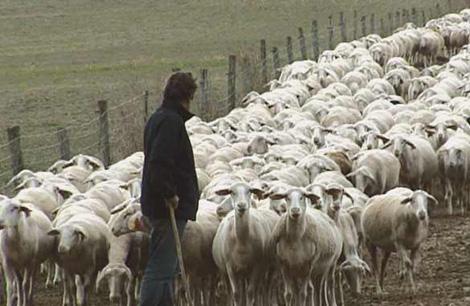 When the three boys returned home, they gave the lamb to a local sheep keeper. It wasn’t much, but at least the poor lamb found a place to live alongside a flock. 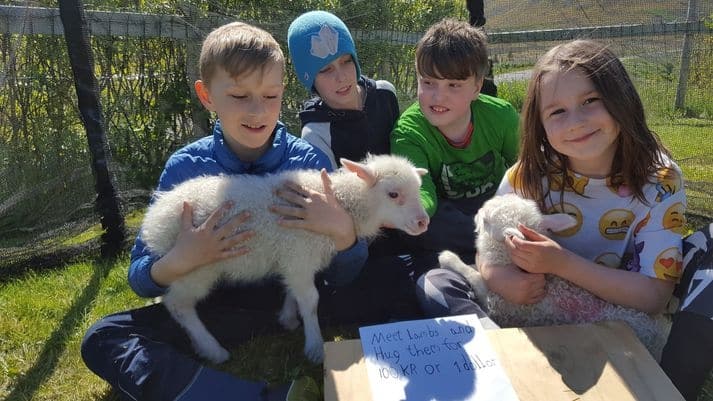 It was more of a touching family reunion moment for the lamb, who was more than happy at the sight of the flock. 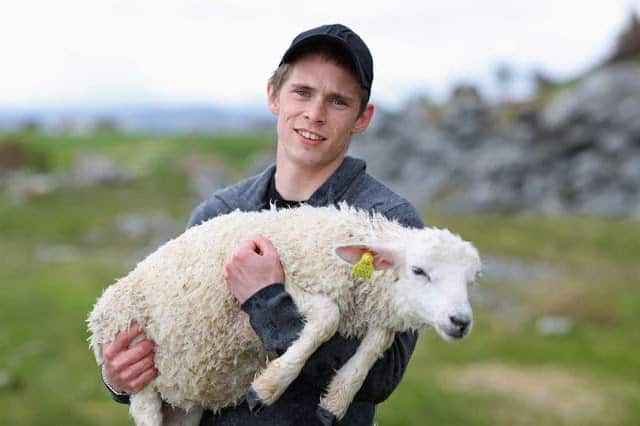 The entire drama was caught by Vetle, and shared on to local Norwegian social media channels. It was only a matter of time when the rest of the internet community caught a glimpse of these viral photos. 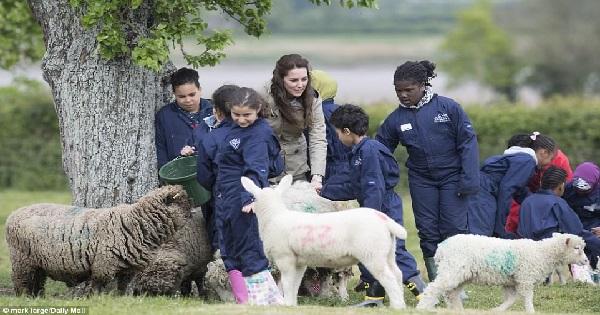 Some people shared their own animal rescue story in the comments section at various social media pages. It seems that lambs and sheep are not the only animals who seem to get their lives in danger in a seemingly normal situation.

4. This Elephant Was In a Similar Situation As The Lamb’s! 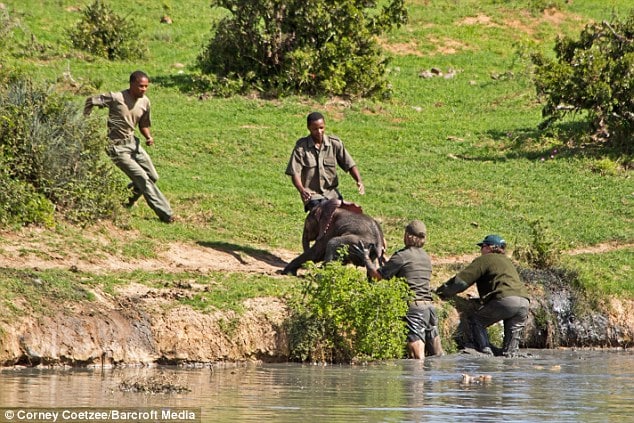 For instance, this baby elephant was recently rescued by African authorities who spotted the little guy caught up amidst roaring waves. The adult elephants had gathered around the baby to protect him from external danger, which made it impossible for these rescuers to close in on the baby.

3. African Authorities Had to Act Fast 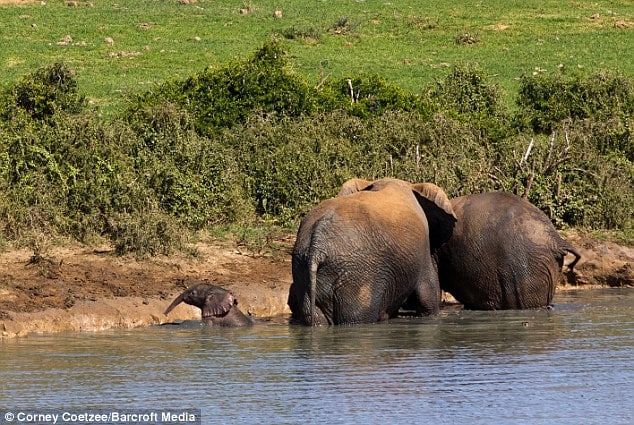 However, one of the rescue team members decided to herd mama elephant away from the scene on a jeep. The remaining rescuers jumped into the water and pushed the elephant towards the shore. Had they been late or delayed for any reason, underwater alligators may have claimed the life of the poor elephant in danger.

2. Young Elephant’s Reunion Brings Tears to The Eyes of Many 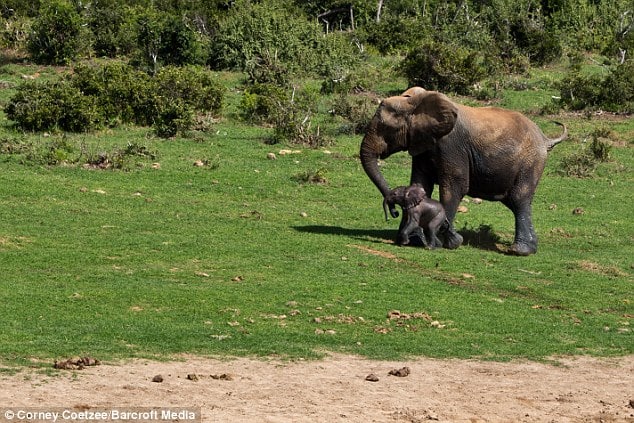 As soon as the young elephant reunited with his mother, it was a moment worth capturing on camera. Rescuers knew that the operation was worth it, after they saw the adult elephants greeting their young family member with great enthusiasm.

1. The Lamb’s Story Has a Happy Ending 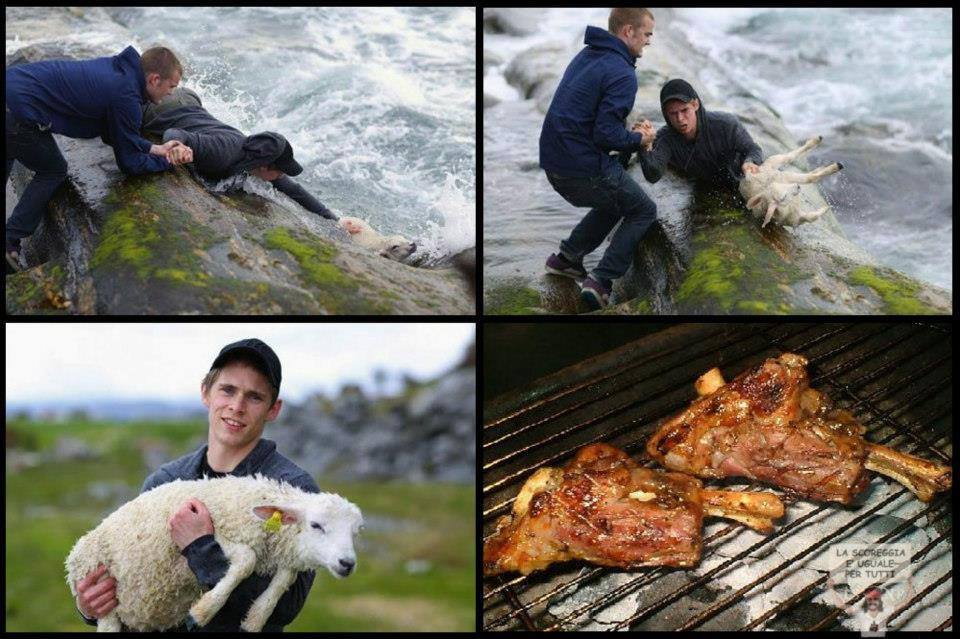 Oh, and as far as that lamb is concerned, some people spread a rumor that it was cooked by the same boys who rescued him in the first place. Nope, that didn’t happen. If anything, the above photograph is a work of a troll with a sick sense of humor.