As fate would have it, one fine day, Rosie Kemp had an expected visitor last year in her backyard. It was a one-month-old raccoon with broken hind legs. The story has a happy and inspirational ending for all to see… 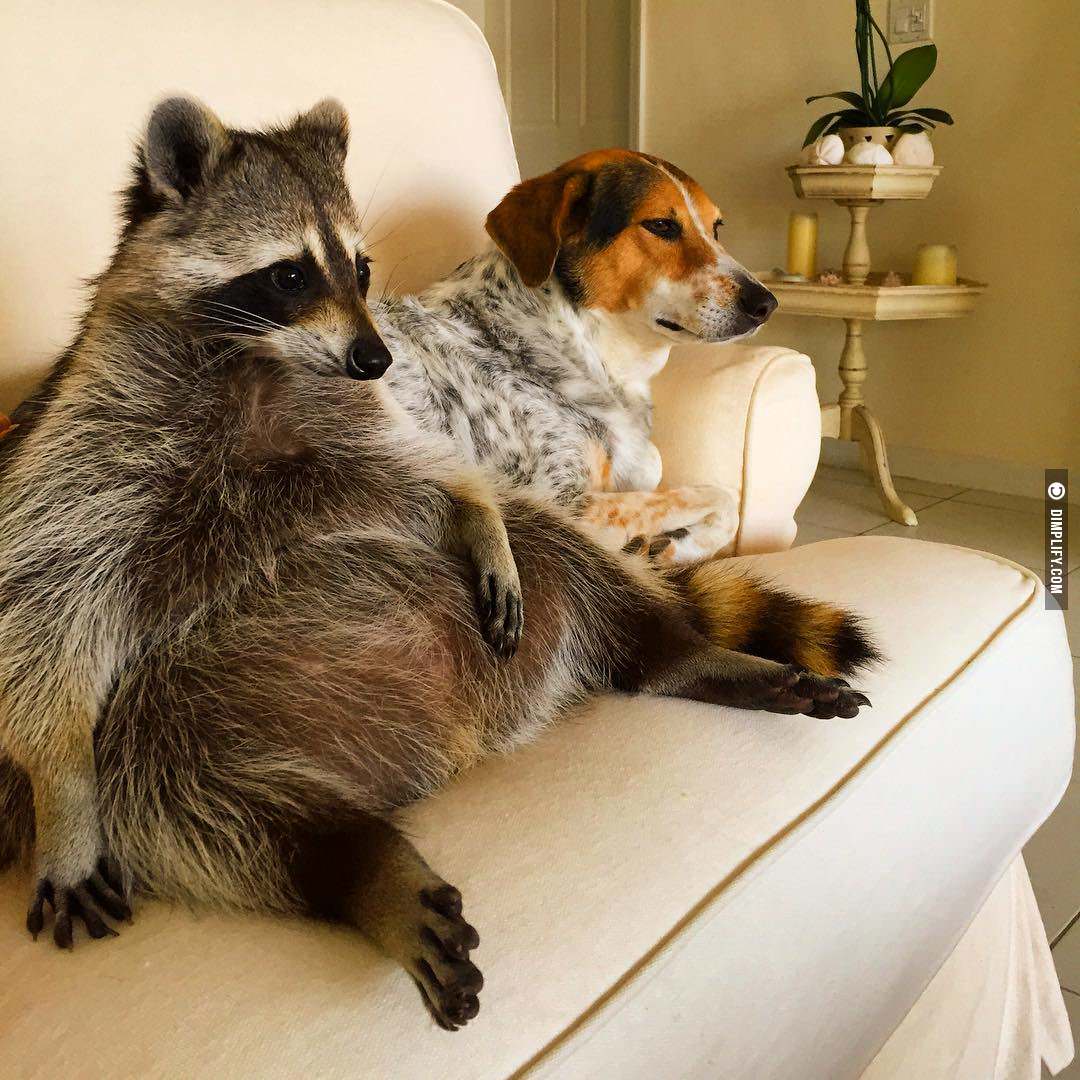 Rosie Kemp was not in the mood to rescue the raccoon at first. However, when she noticed the poor animal’s fractured legs, she couldn’t help but bring the raccoon home. It was just the beginning! What follows next is a remarkable tale of a wild animal bonding with humans and especially dogs.

19. An Unexpected Encounter Of a Rare Kind 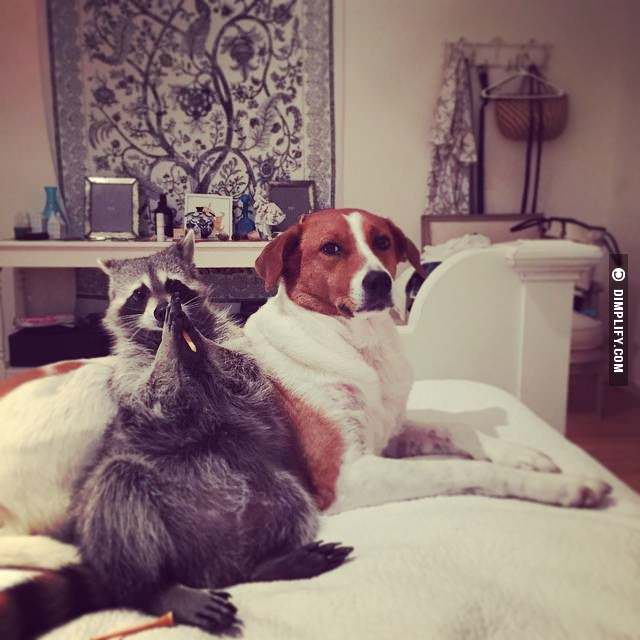 Kemp is a Nassau, Bahamas, based resident where raccoons are found in a huge abundance. It is legal to own these animals in the Bahamas. Had it been the U.S., or the U.K, things would have looked rather bleak for Pumpkin. 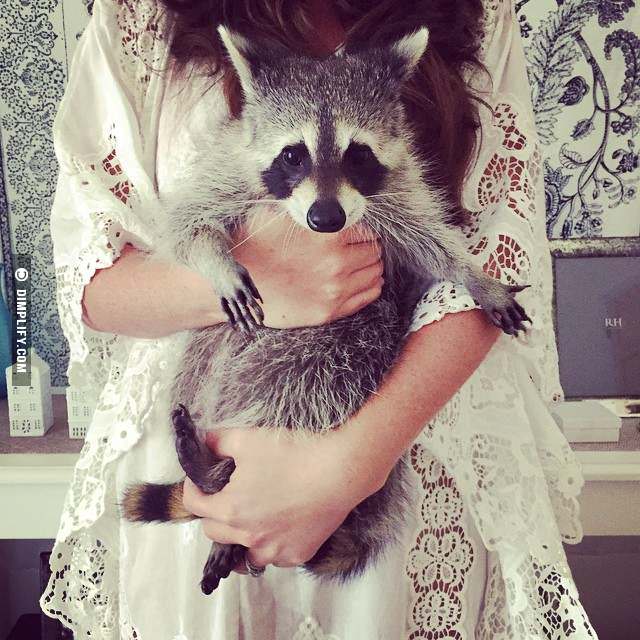 The adorable raccoon was raised by Rosie Kemp and Laura Young, her young daughter. Since the raccoon was rescued at a very young age, it was domesticated without any major setbacks. As a matter of fact, as Kemp would recall it later, it was far easier to manage and take care of Pumpkin when she was a baby.

17. Pumpkin’s Case Was Different Though… 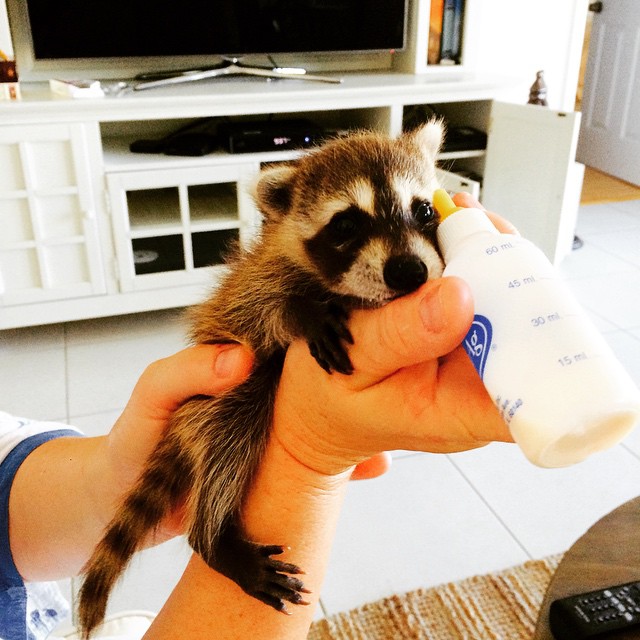 Raccoons are normally considered a wild animal; they are nearly impossible to take care of if caught at a later age. Regardless, they are unbelievably intelligent and have a knack for adjusting in their surroundings rather quickly.

16. Rosie Kemp Opens Up About Petting a Wild Animal 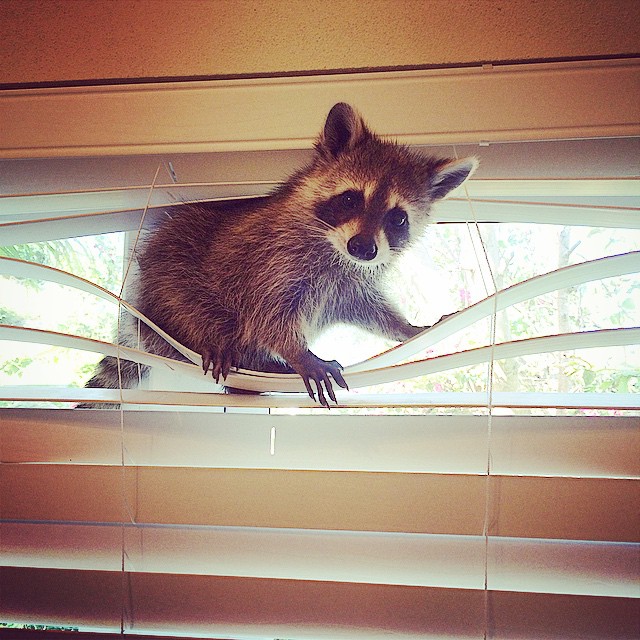 Laura and Kemp told authorities that raccoons are able to express their emotions over a wide range of actions. They can bear a grudge and throw a temper tantrum if things don’t go their way.

Pumpkin, the adorable raccoon, has been known to demonstrate same behavioral patterns. However, since the animal has been living with her human benefactors, she hardly goes out of control. 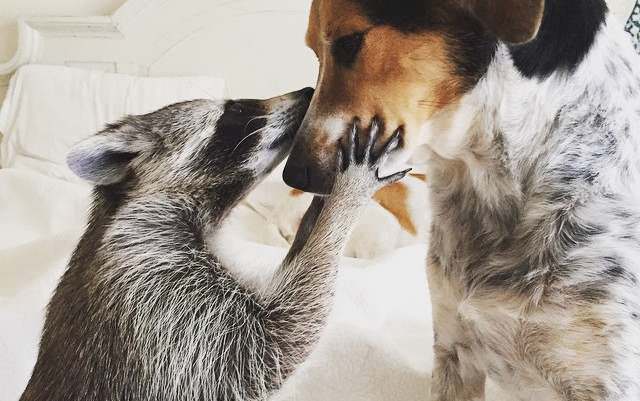 Pumpkin was raised amidst dogs, and she is made to believe that the four-legged friends are part of her very own family. A lot of raccoon’s personality traits are like dogs. She wags her tail, plops over cushions, watches TV, plays fetch and literally does almost everything that the dogs in Kemps’ family do.

14. The Raccoon Follows In a Dog’s Footsteps All The Time 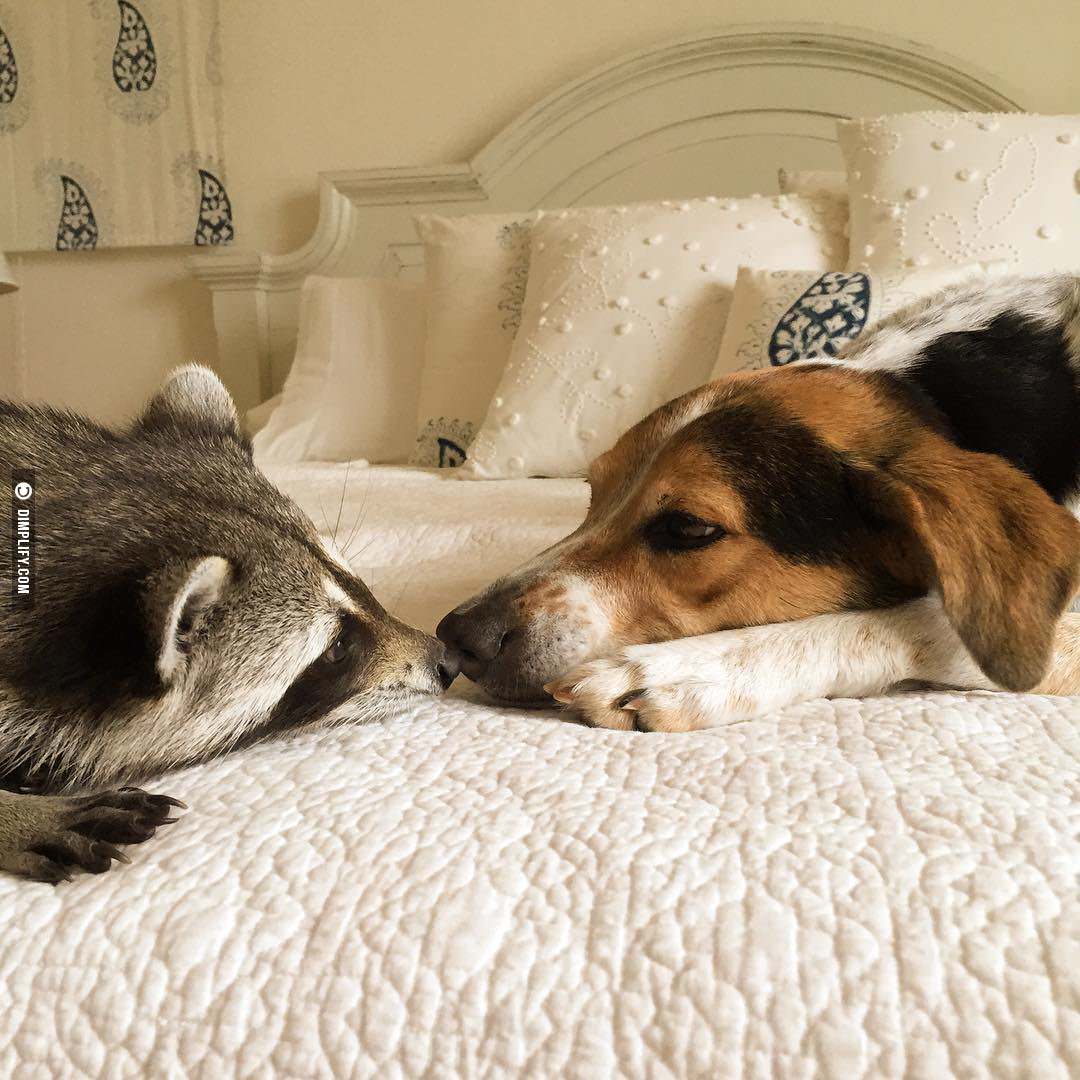 Being a raccoon, Pumpkin has to get her hands in everything she can get a hold of. As the animal grew up, it started exploring its surroundings, creating a mess whenever she could. 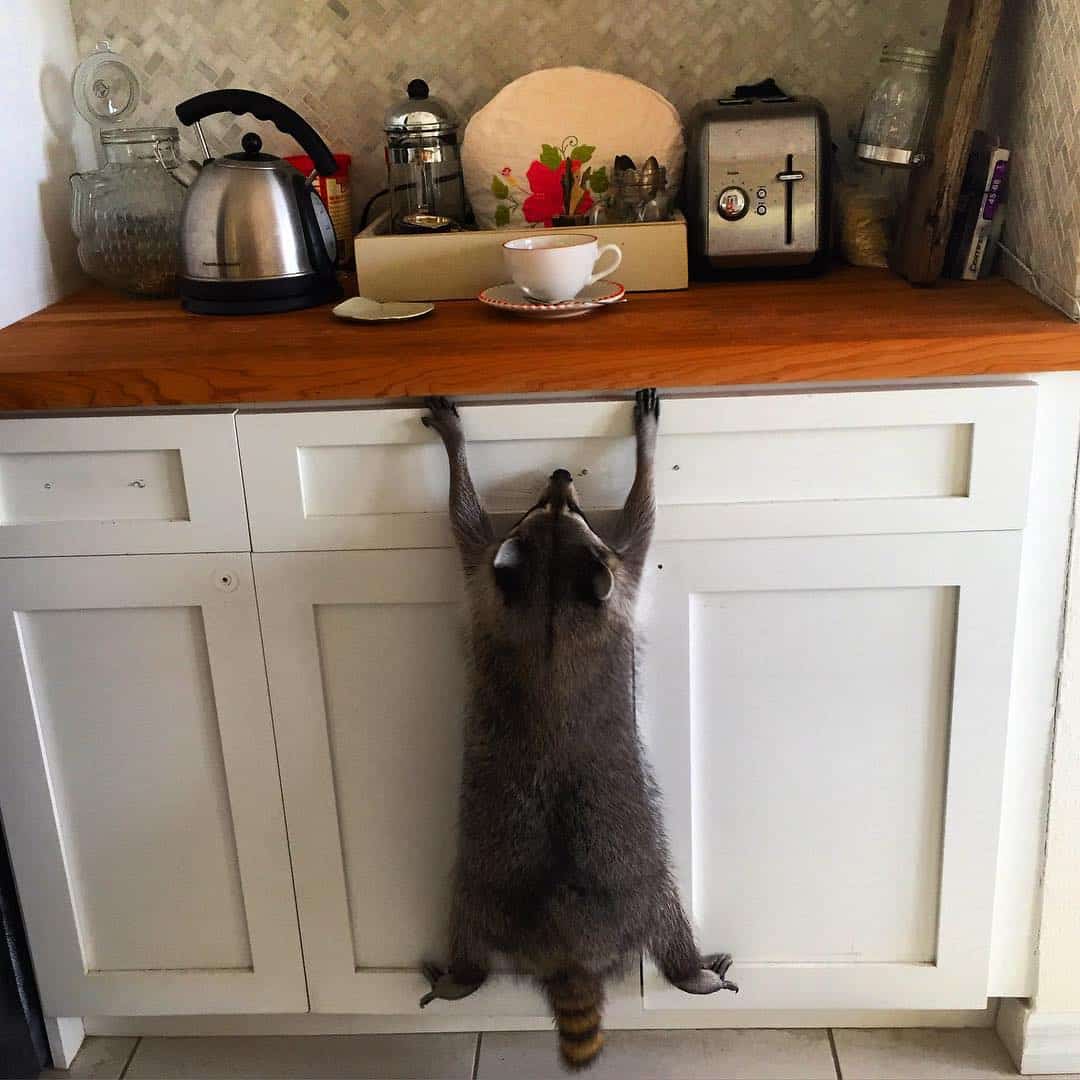 There came a point in Rosie Kemp’s life when she literally had to do “raccoon proofing” throughout her house. 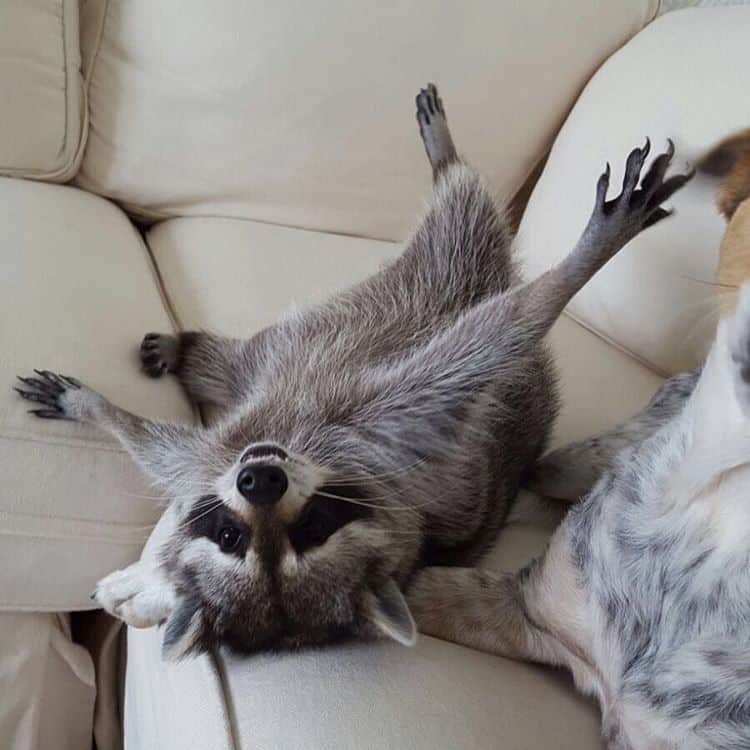 She says it is like having a grown-up baby that wouldn’t stop playing around. “Pumpkin plays with other dogs; sometimes she’s rough with them but respects them when they have had enough.”

11. Kemp’s Daughter Thinks the Raccoon Is All The More Adorable 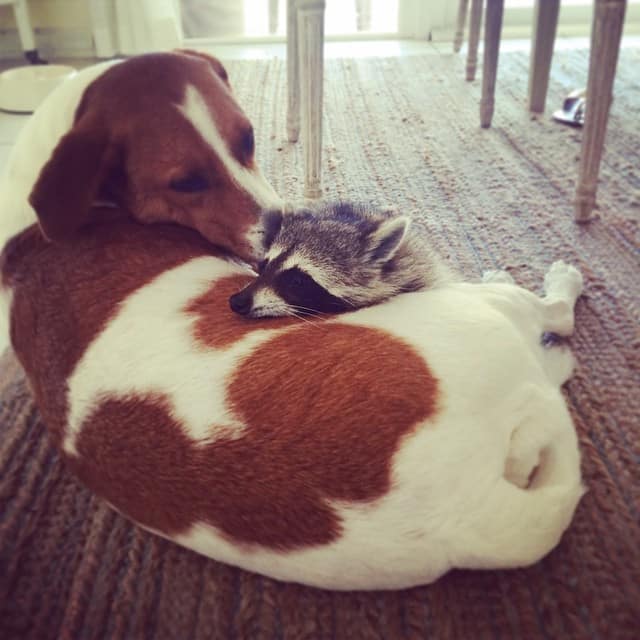 Meanwhile, Laura believes that raccoons are not categorically considered pets. Pumpkin has a mood of her own, and when she decides to go out with the dogs, nothing can hold her back.

10. Pumpkin Knows How to Throw a Tantrum 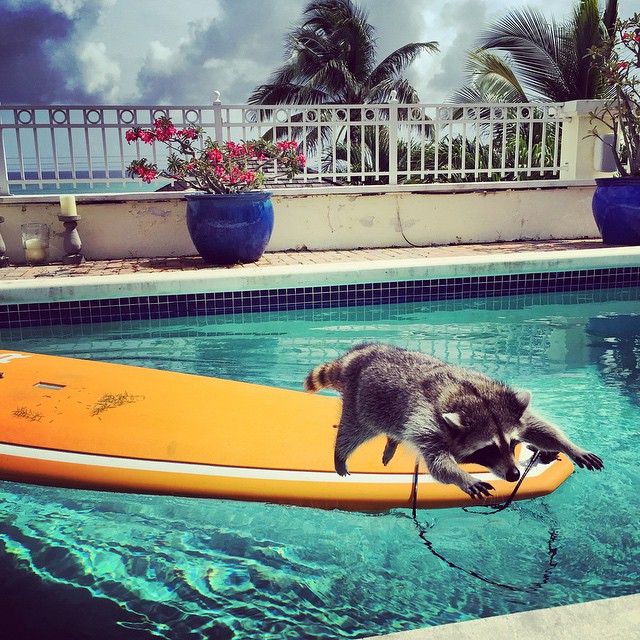 They are wild animals, and they can be quite moody, unlike regular house cats or dogs. Pumpkin sometimes acts like a spoilt kid when she doesn’t get her way, but it’s the little things that make her all the more adorable.

9. Raccoon Is Happy With Other Household Animals 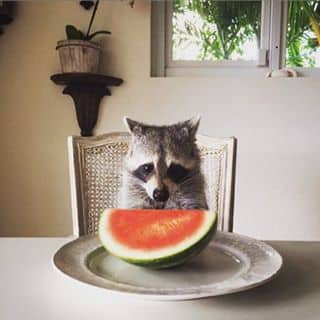 The raccoon is living happily with Rosie, Laura and the dogs. As a matter of fact, Pumpkin is so used to living indoors that she has grown a strong likeness towards the air conditioner. 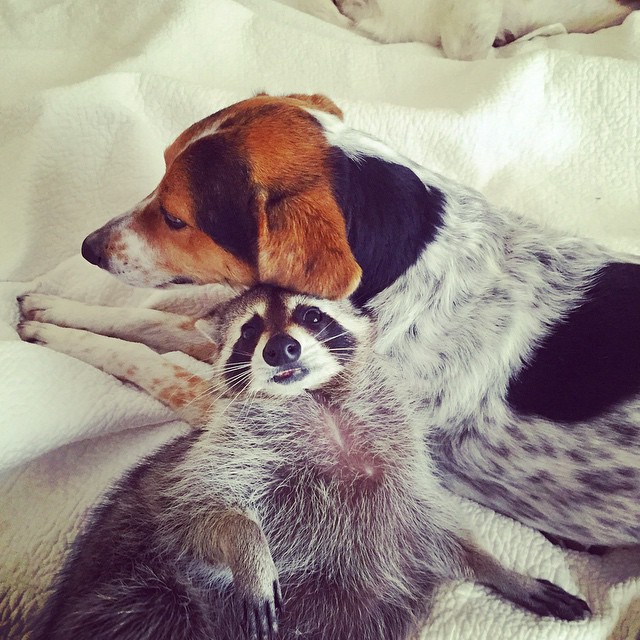 Summers can be a little hard at the Bahamas. However, Pumpkin makes sure that the family’s air conditioner is running while she can bask in the cool air.

7. The Raccoon Even Knows How to Use the Toilet 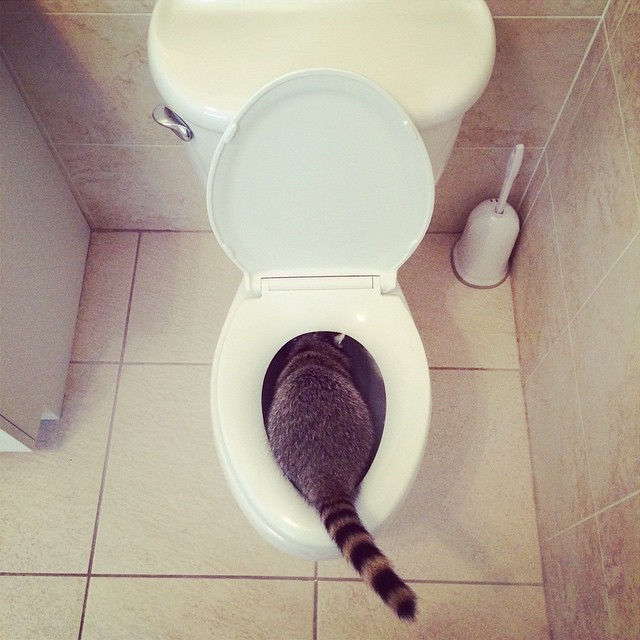 Laura said that the raccoon even learned to use the toilet. She used to use our dogs’ sandpit, but lately, the raccoon has been going to the bathroom on her own.

6. Pumpkin Lives Happily Ever After 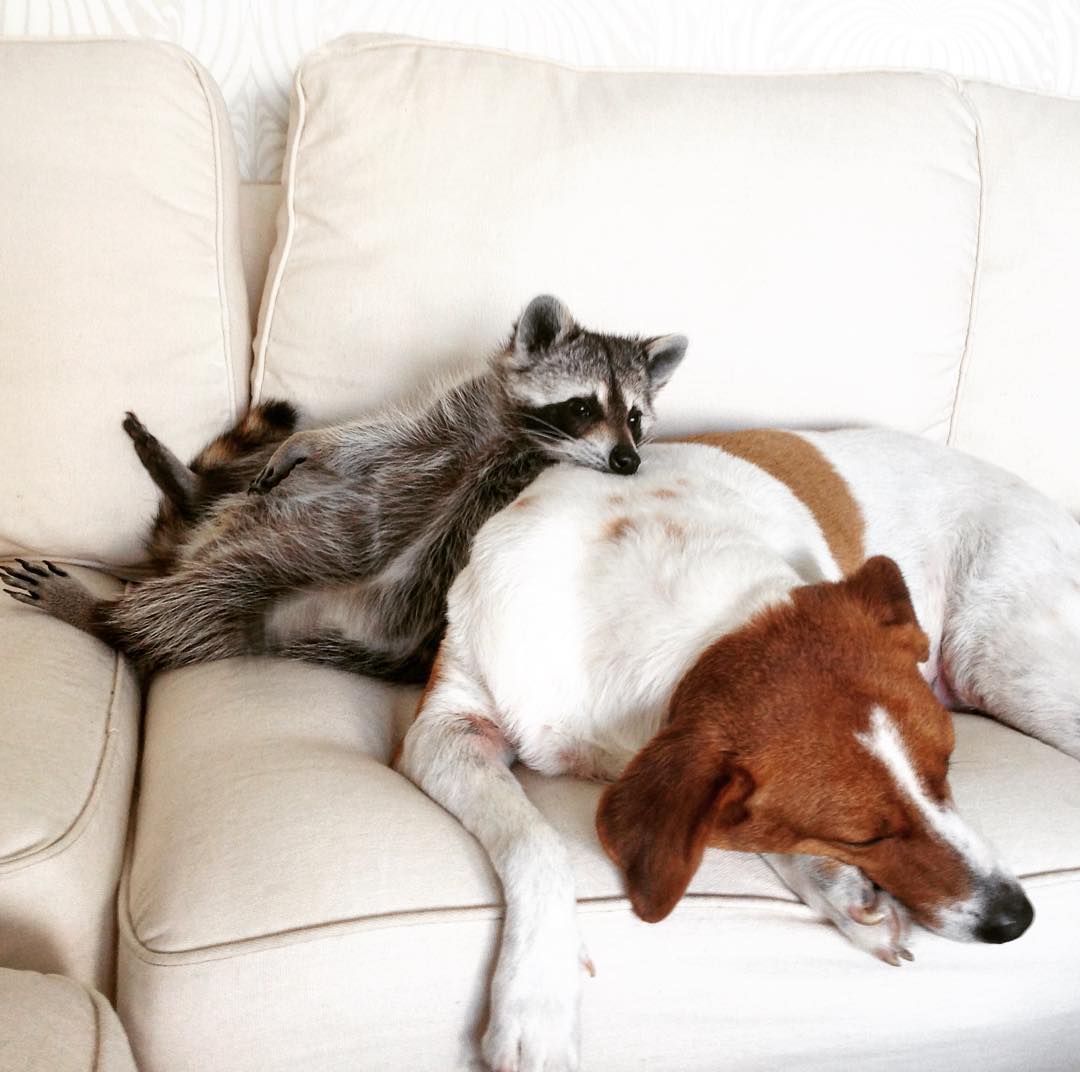 Thanks to the immense amount of love that Pumpkin has received at Kemp’s place, she finally has a home where she can live happily for the rest of her life.

5. Rosie and Laura Are Thankful to Have Pumpkin In Their Lives 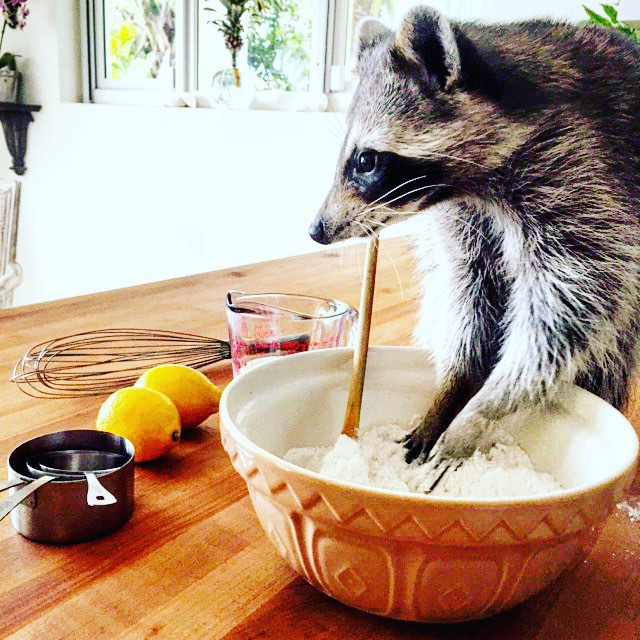 “We are very lucky with her and always want, and will do what is the best for Pumpkin,” said Laura in a recent interview. “For now, she is more than happy to be with us and the dogs.”

4. Word of Advice About Raccoons 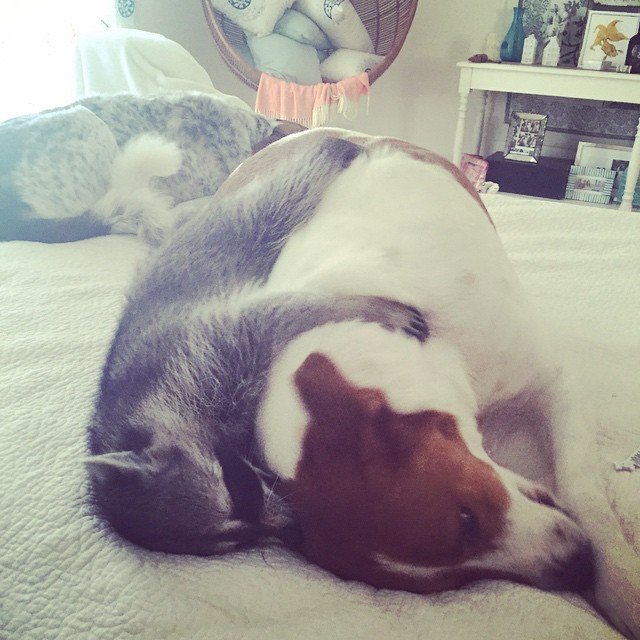 Before you decide to keep a pet raccoon of your own, do bear in mind that they are restricted in much of the U.S. Raccoons can carry rabies – and while it could be the least of your concern, the animal itself is a danger to keep inside a house.

3. Raccoons Are Not Pets! 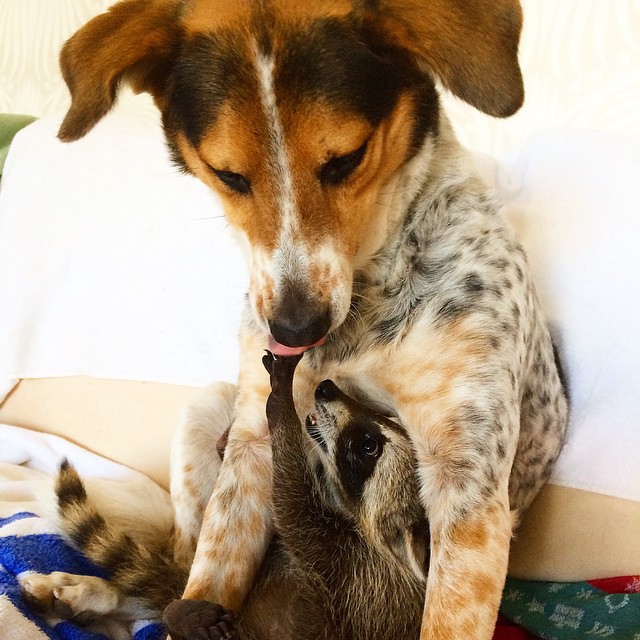 Raccoons are very curious by nature, and they can be destructive as with any wild species. The best habitat for raccoons is wilderness. Should you find a poor fella’ in trouble, make sure you inform the local wildlife rescuers before deciding to go along Rosie Kemp’s way!

2. Pumpkin Has Become an Overnight Celebrity 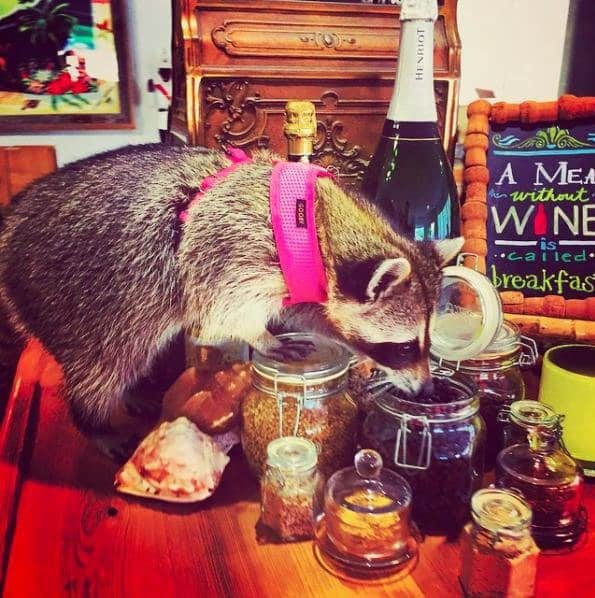 Just days after Rosie and Laura shared Pumpkin’s photos on the internet, millions of people shared their love for the adorable animal. Although people generally dislike pets, they will always have a special place for Pumpkin in their hearts.

1. Have You Got Your Own Animal Rescue Story to Share? 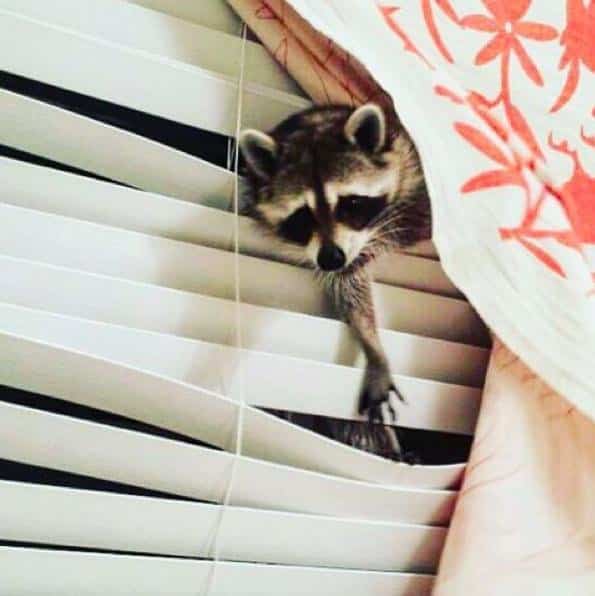 Just in case you have your own animal rescue story, don’t forget to share it through the comments section below. Who knows, your animal might as well be gaining a lot of traction on the internet if it gets attention from online visitors.