We all enjoy dressing up our pets for Halloween or for a funny photo shoot, but the man from our story took it to the next level. Chris Newsome was getting bored one day until he received an unexpected visit from a toad. The animal kept coming back so Christ had an amazing idea! 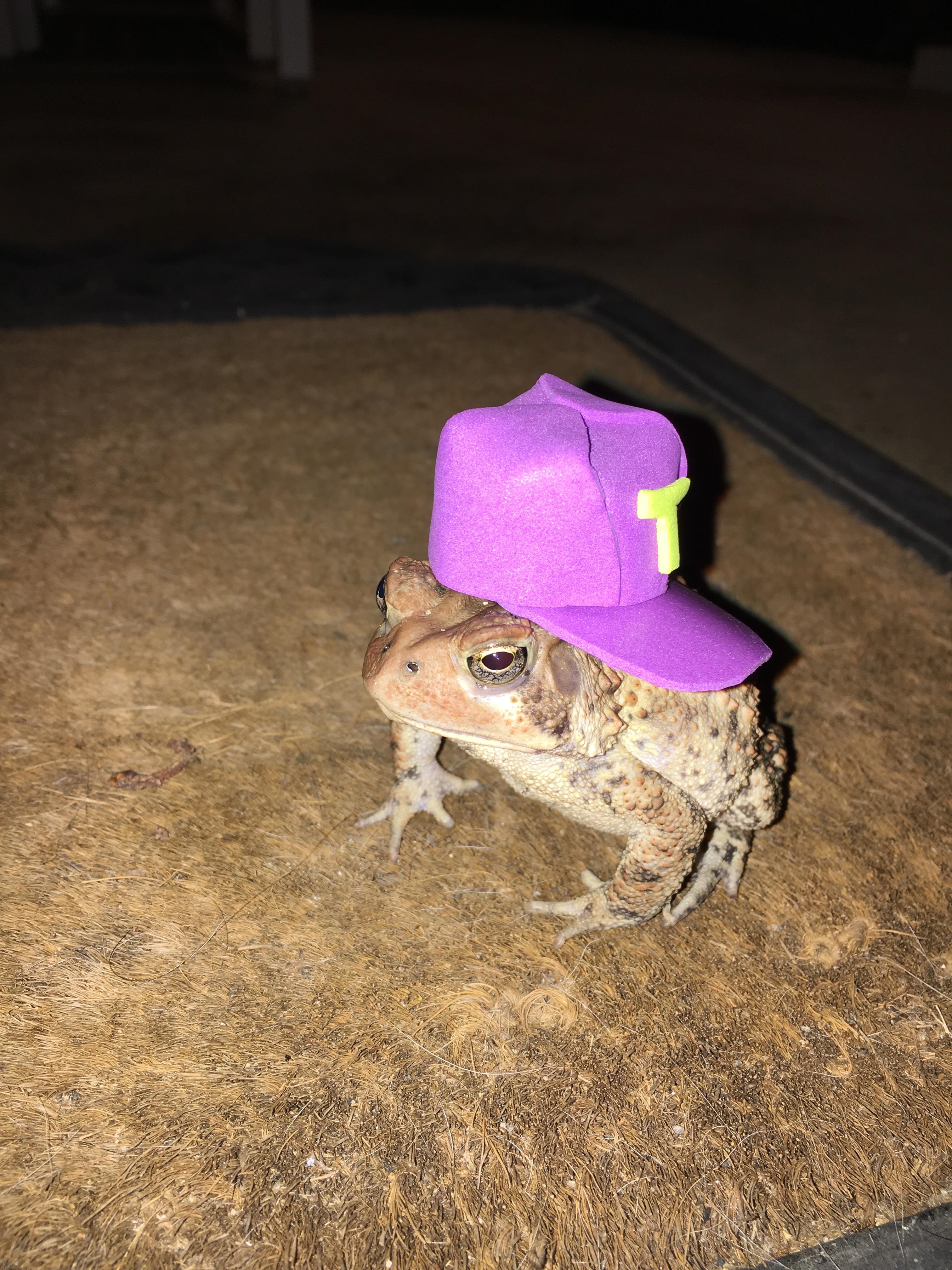 What started as a joke soon became a habit so Chris and his best friend, the toad, became an internet sensation. And you won’t believe why! 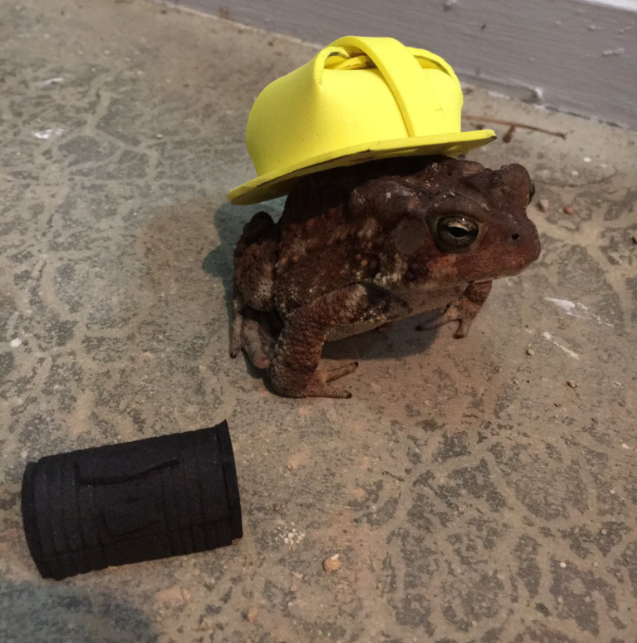 If you’ve never seen a toad wearing a hat, then you’re in for a treat! #14 and #8 are our favorites! It all started when Chris saw a toad sitting on his front porch. You’ll never guess what crossed his mind… 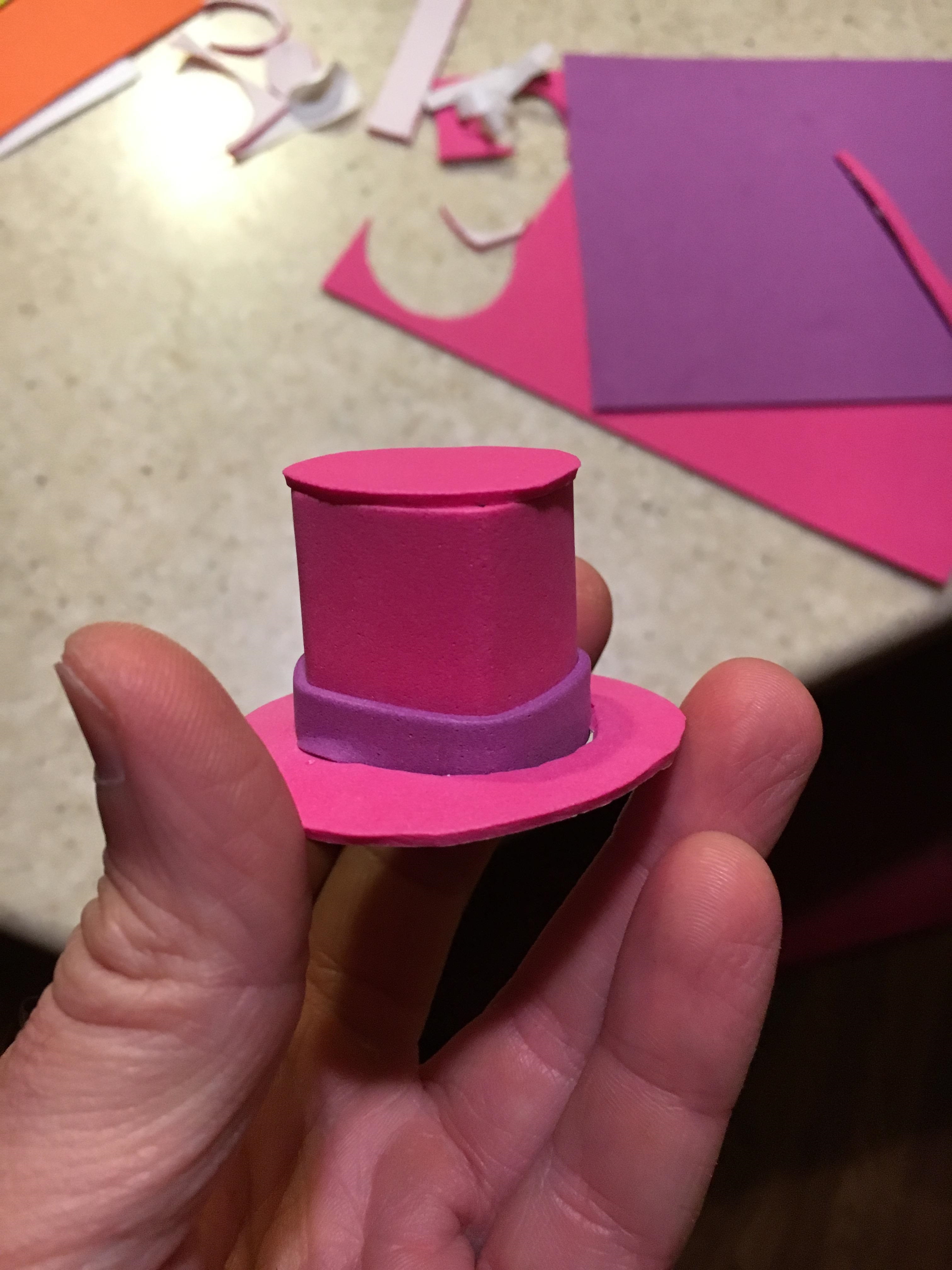 Everything started with Chris manufacturing a small hat for his new friend. It looked cute so he took a photo of it. At first, he thought that it would be difficult to make the toad wear it but he never expected this next thing to happen. 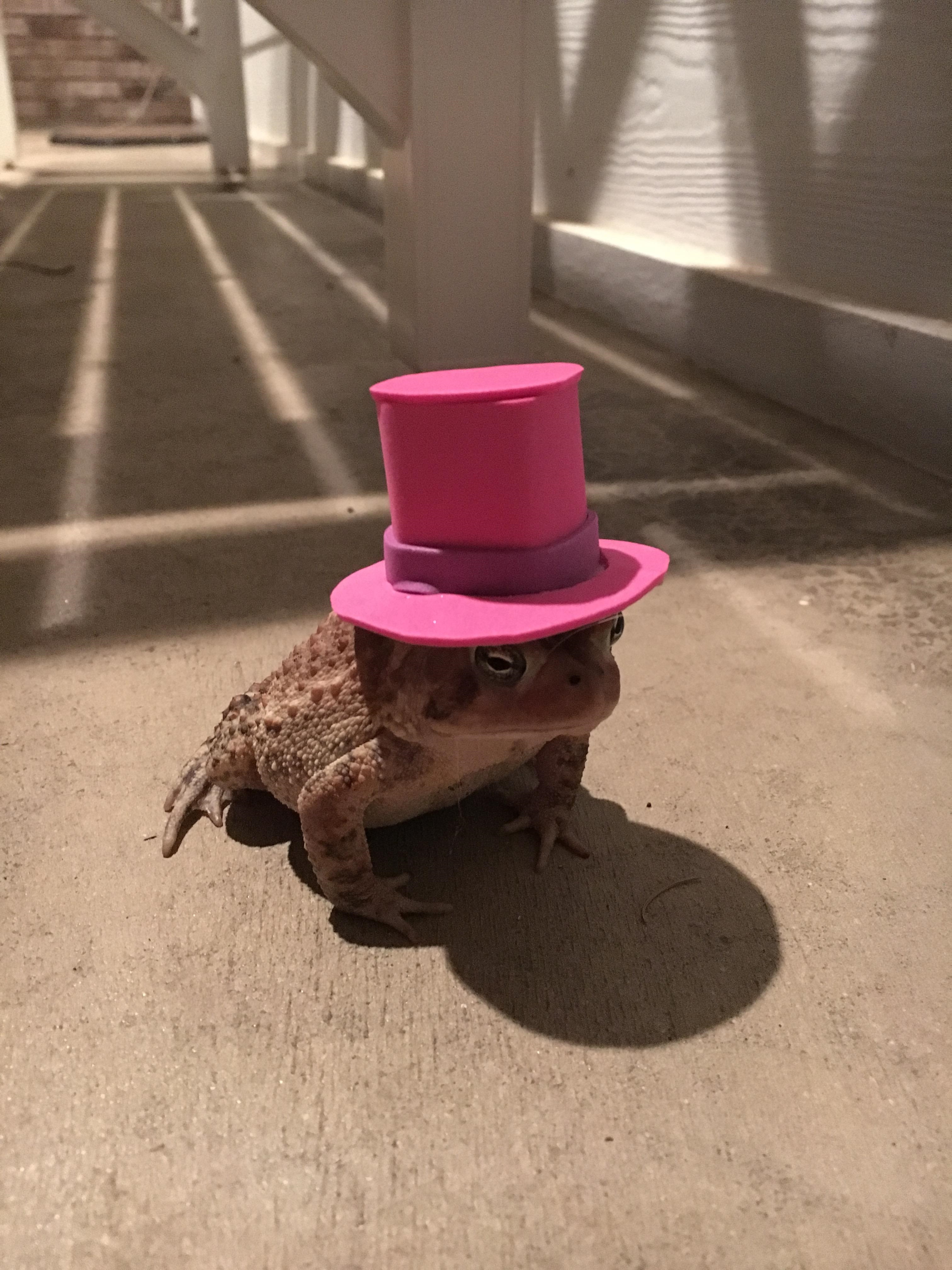 Leaving fear aside, Chris decided to touch the toad and put the funny hat on his head. We must say, it looks hilarious! What do you think, did the frog enjoyed it? You’ll be surprised to find out the answer… 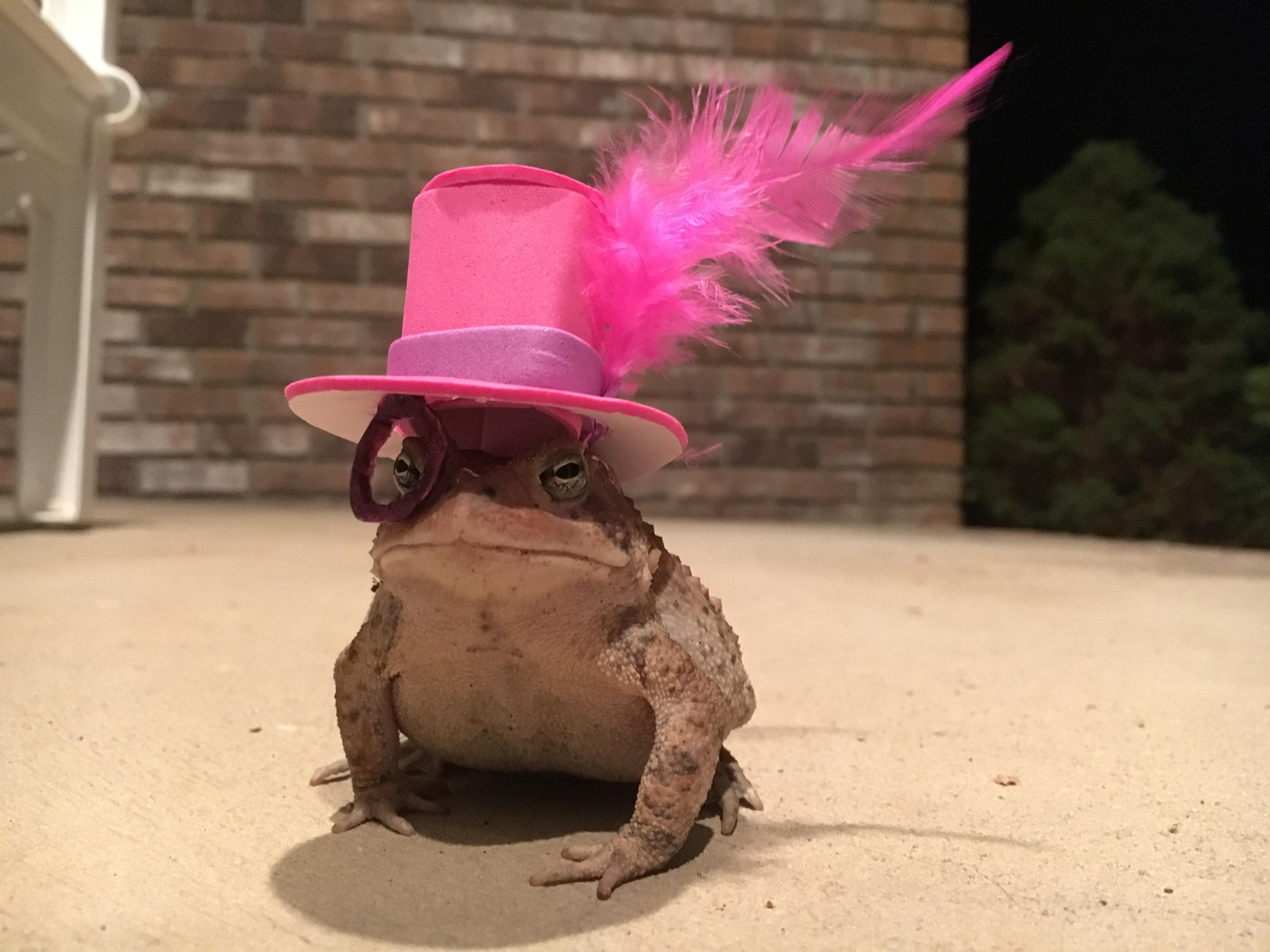 As you can see, the toad was more than happy to try out his awesome creation. Being encouraged by the toad’s reaction to the idea of wearing a hat, Chris released his inner fashion designer and we’re in tears after looking at his latest collection. The next photo is hilarious! 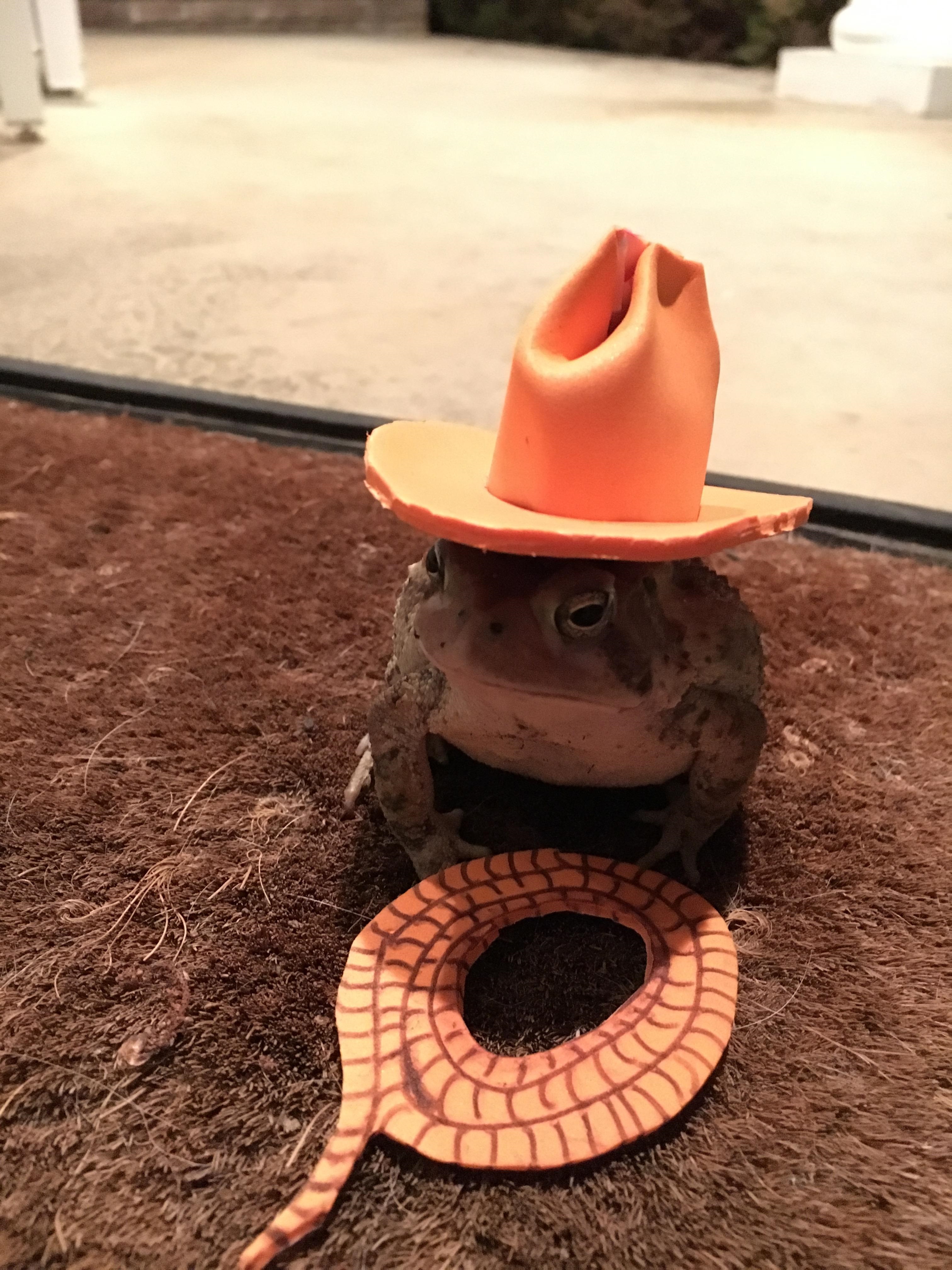 Chris started with a basic small hat and came up with brand new ideas that melted everyone’s hearts! We’re in love with this hat but the next one is even more amazing. And that’s not all! 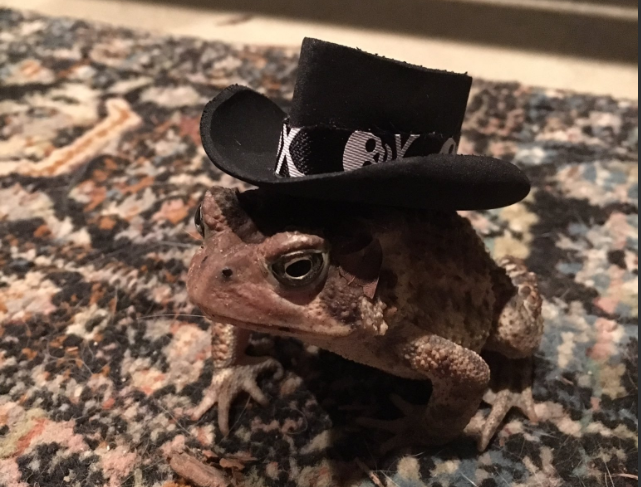 We think it’s pretty obvious that Chris is a talented man but we must say it… Mr. Toad is an excellent model! No wonder that the internet went crazy after his photos became viral. This little guy even has his own collection of hats. And as you’re about to find out, he also has a lot of fans that send him gifts. 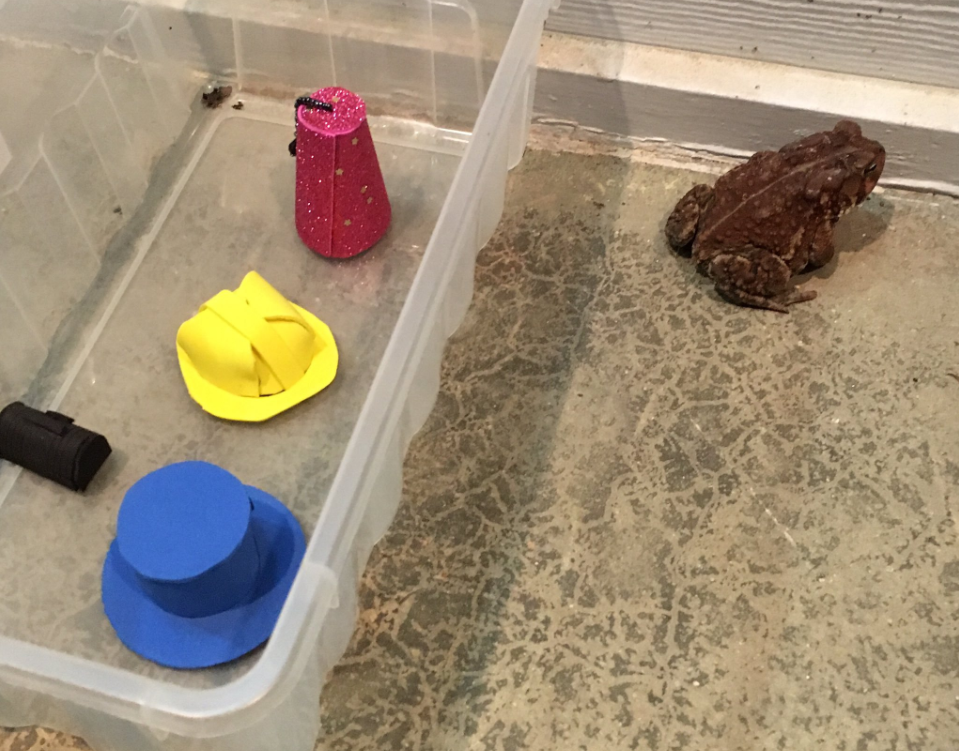 Things escalated quickly and Mr. Toad became an internet sensation. Fans all over the country started sending him amazing gifts like the one from the next photo. It’s amazing! 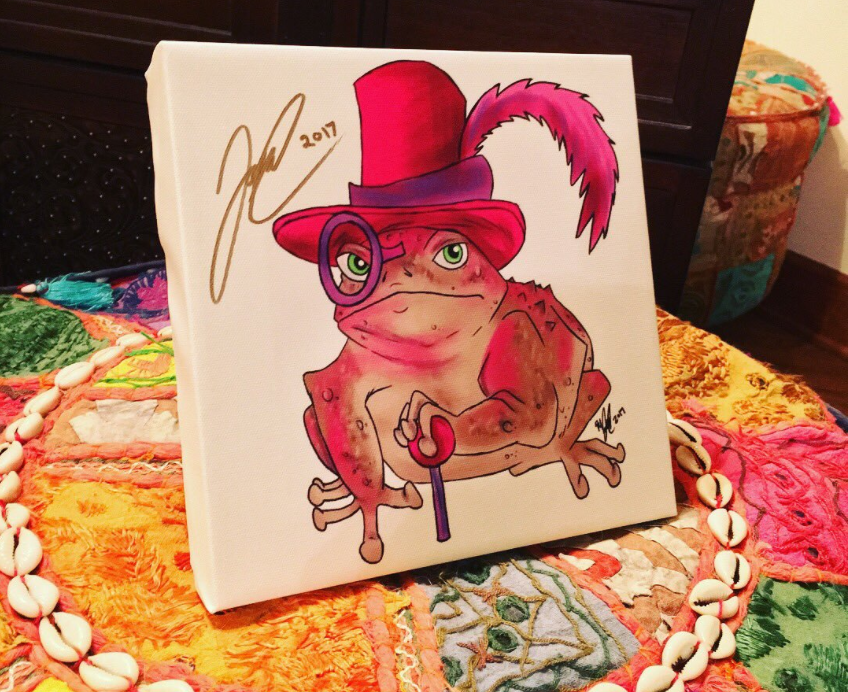 Chris started receiving artwork from fans and we must say that it’s pretty impressive. But there’s something else that you should know about Chris, he also has a cat and a dog. Not only that the two of them are getting along perfectly with Mr. Toad, but they also accompanied him in the latest photos. And yes, they’re all wearing hats. Check them out! 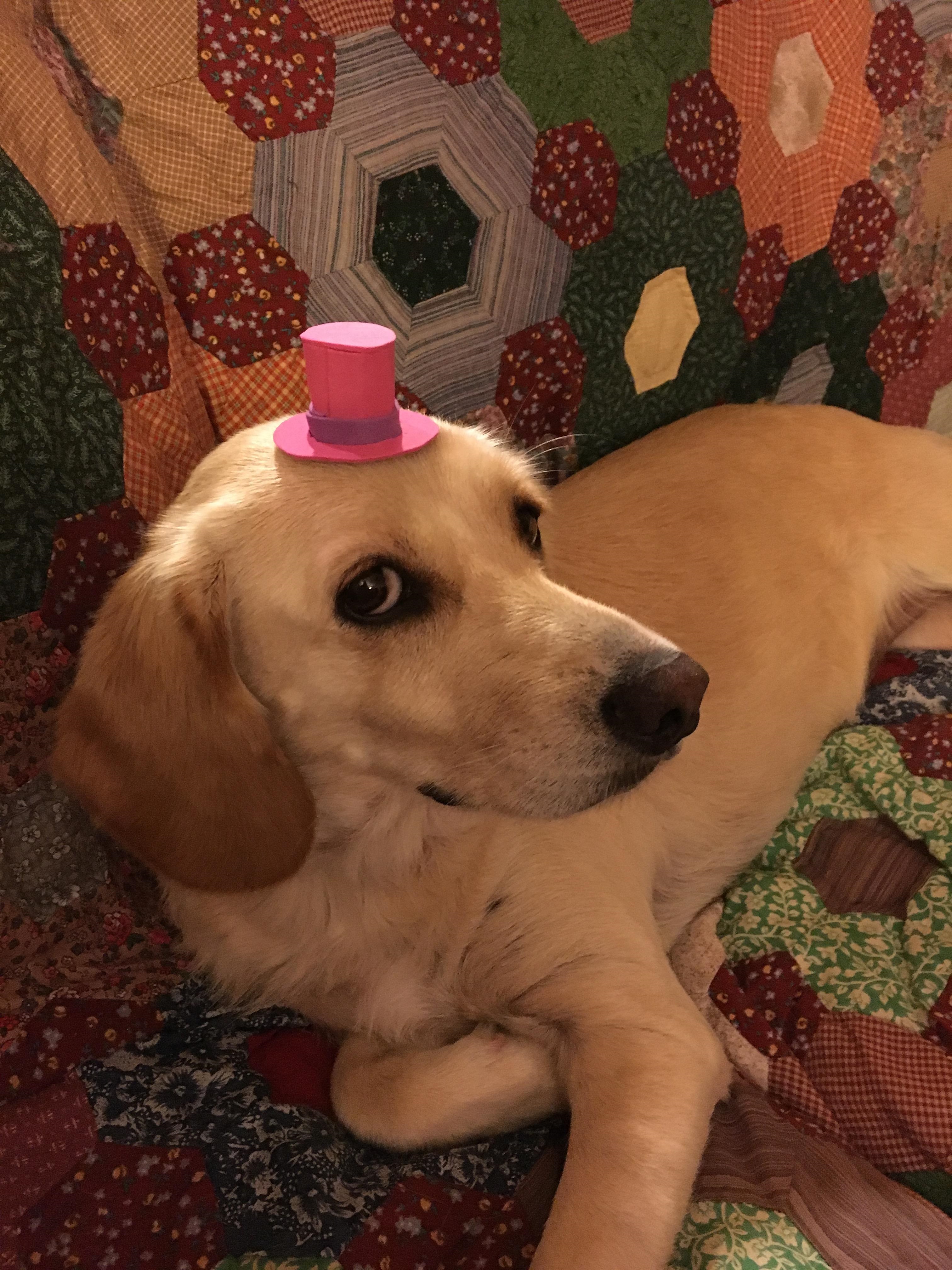 The Labrador looks a little uncomfortable wearing Mr. Toad’s hat so we must assume that he feels guilty for stealing his thunder. The cat on the other hand… 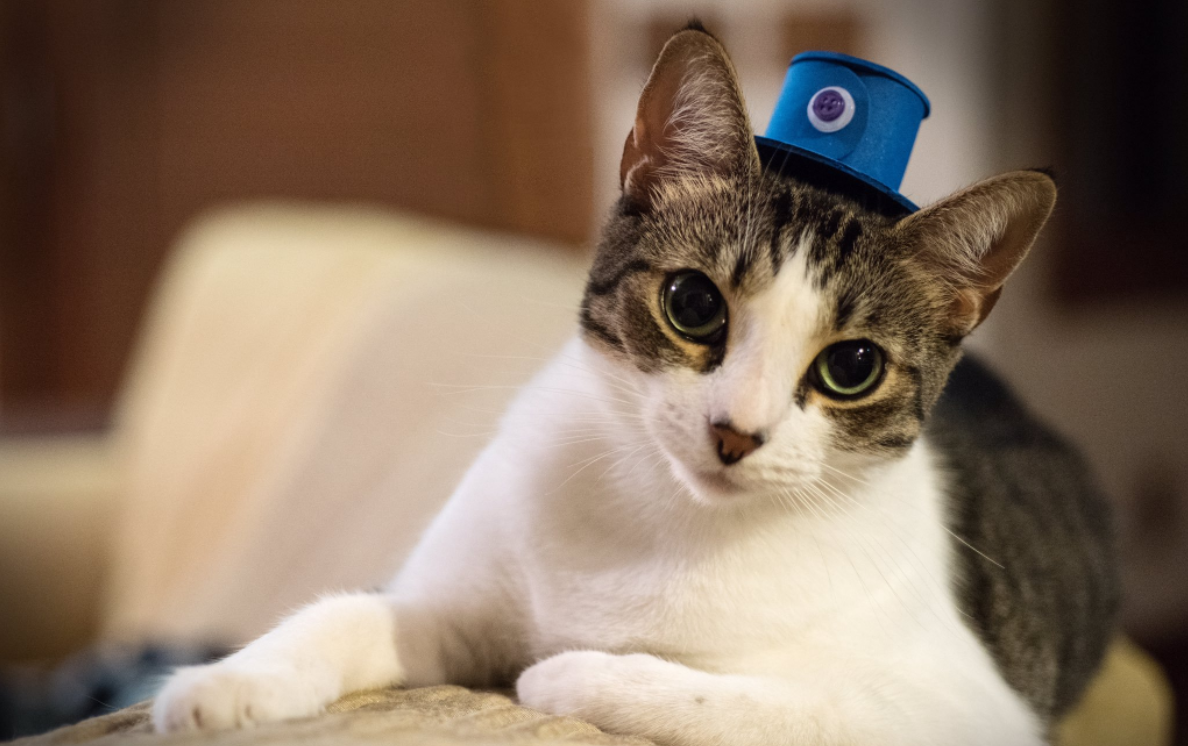 This is a picture of Mr. Newsome’s cat with the hat made especially for the toad. Isn’t it hilarious? Since these photos became viral, Chris started receiving tons of orders. People are actually writing him for placing orders. And you won’t believe who’s wearing his creations… 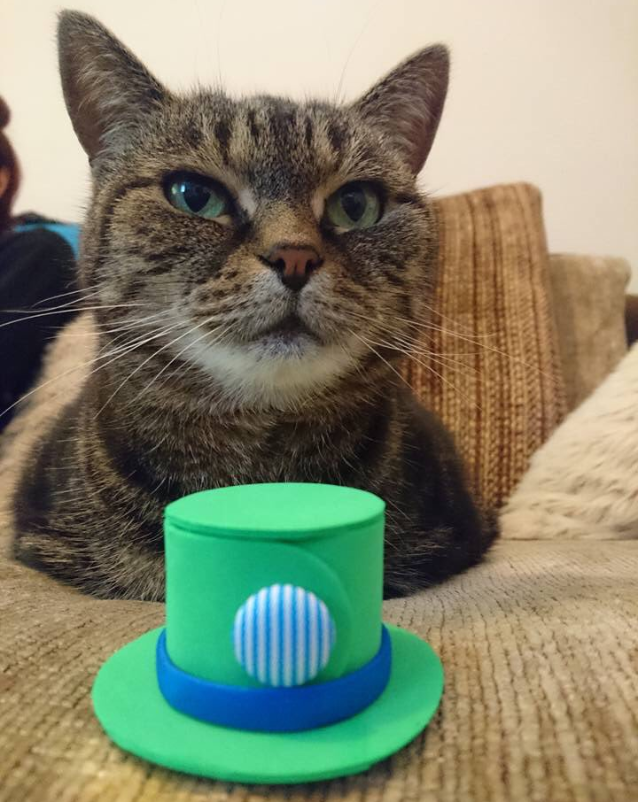 The hats became so popular that Chris had to start sending them internationally. This is a cat from the UK and it looks pretty satisfied in the next picture… 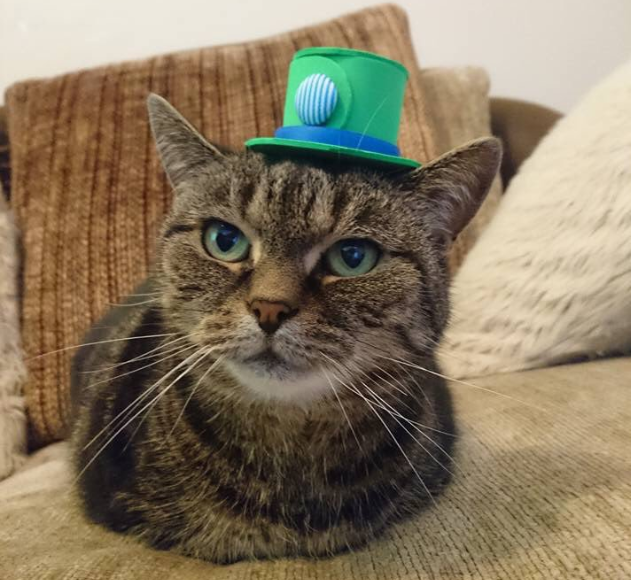 The cat is a bit disappointed. He was expecting to look as good as Mr. Toad but he’s just not that good of a model. The following photos are hilarious! 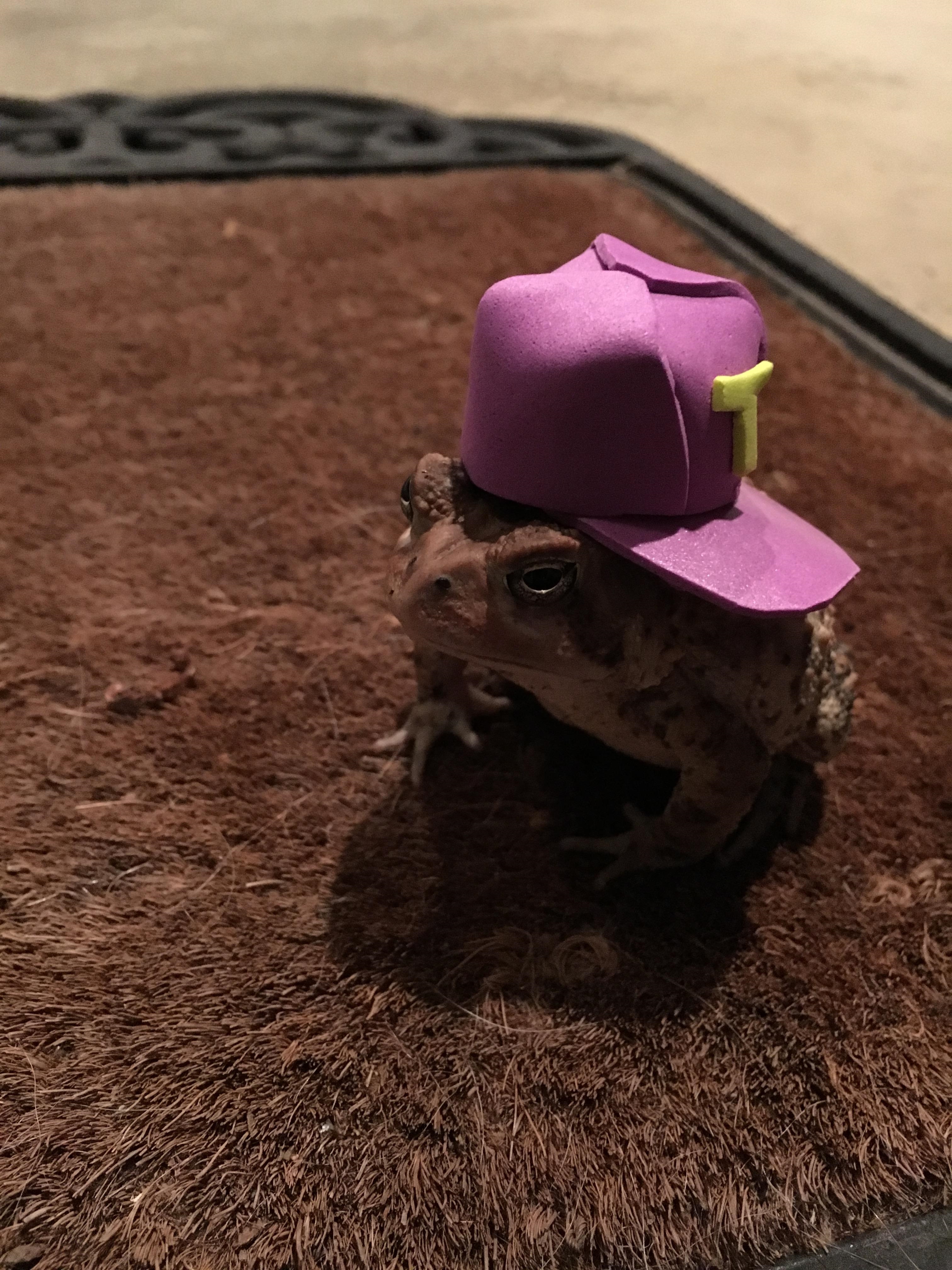 Chris never ceases to amaze us with his ideas, and this is one of our favorites! Still, the story doesn’t end here. 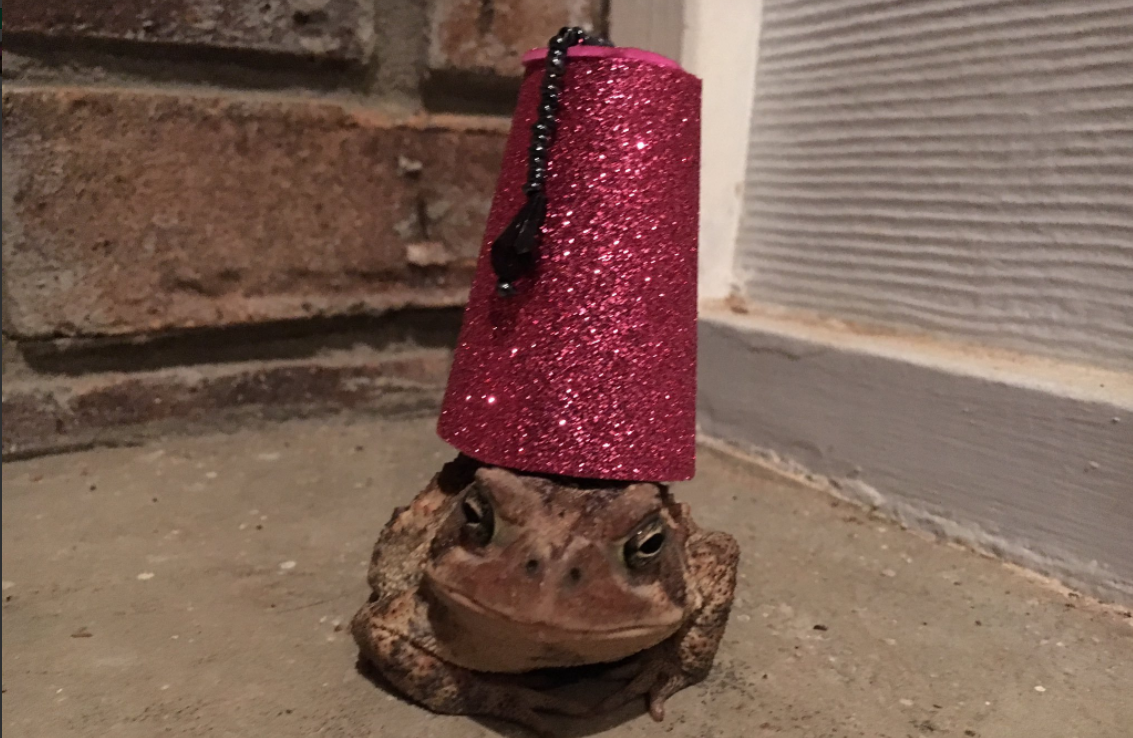 There is no hat in the world the toad doesn’t like. He even looks good in orange, check him out! 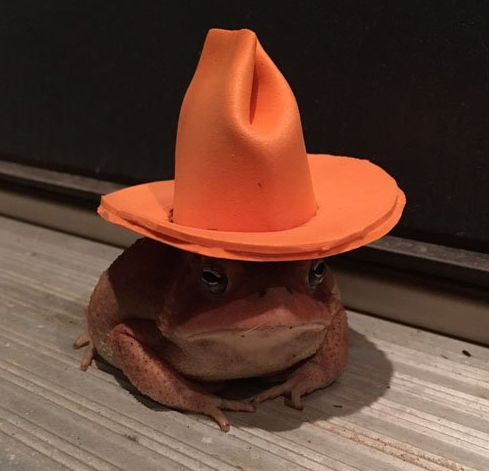 We’re still amazed that the toad is patient enough to pose while wearing a hat. And we’re definitely grateful for the following photos. The next one is a little bit different though… 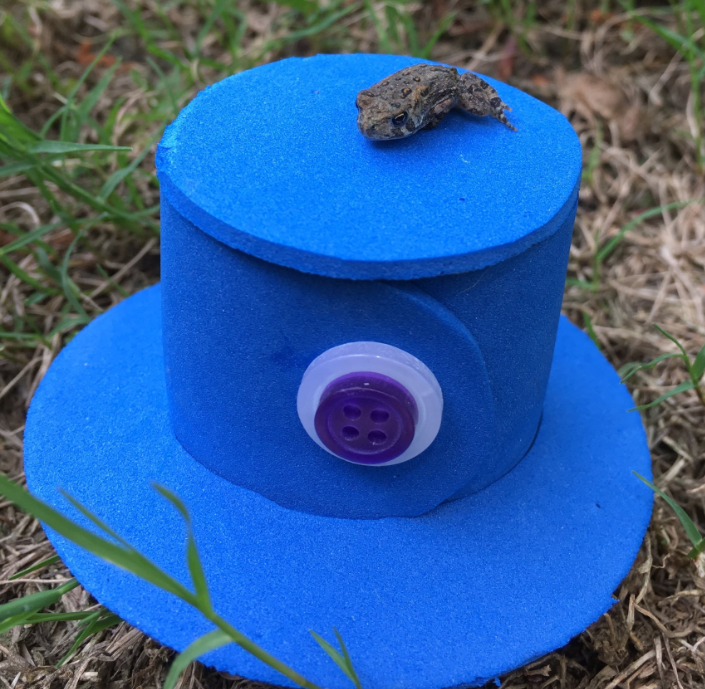 This hat was probably made for the dog but as long as it is a hat, he is loving it! Chris just can’t take the toad away from the hats! 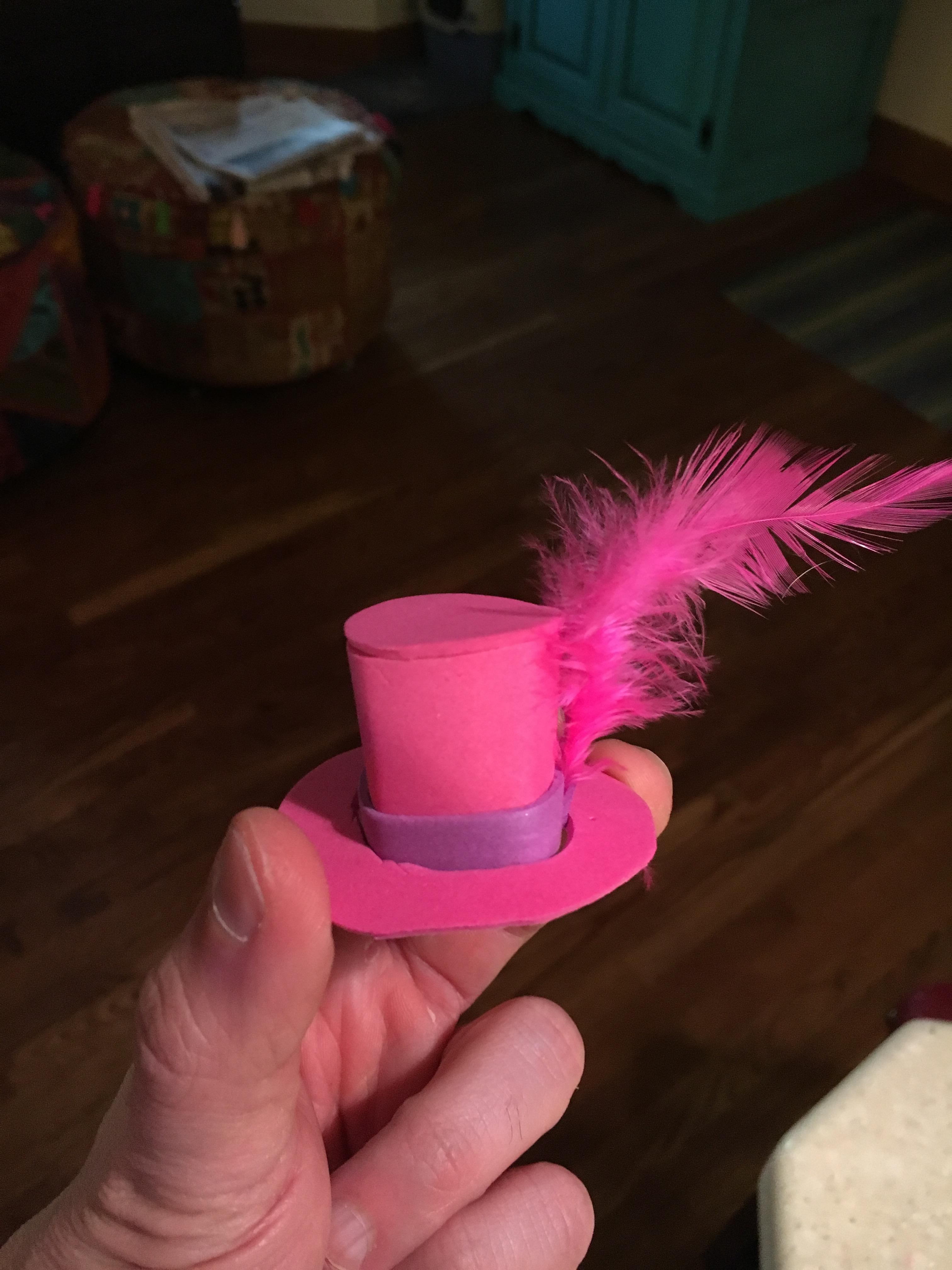 Chris never stopped with the cute ideas and he added hundreds of photos on social media. Everyone loves them! 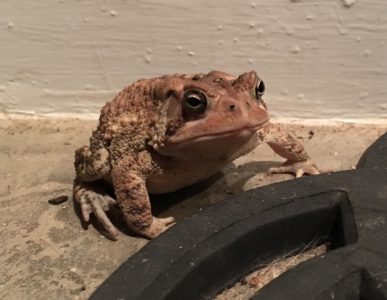 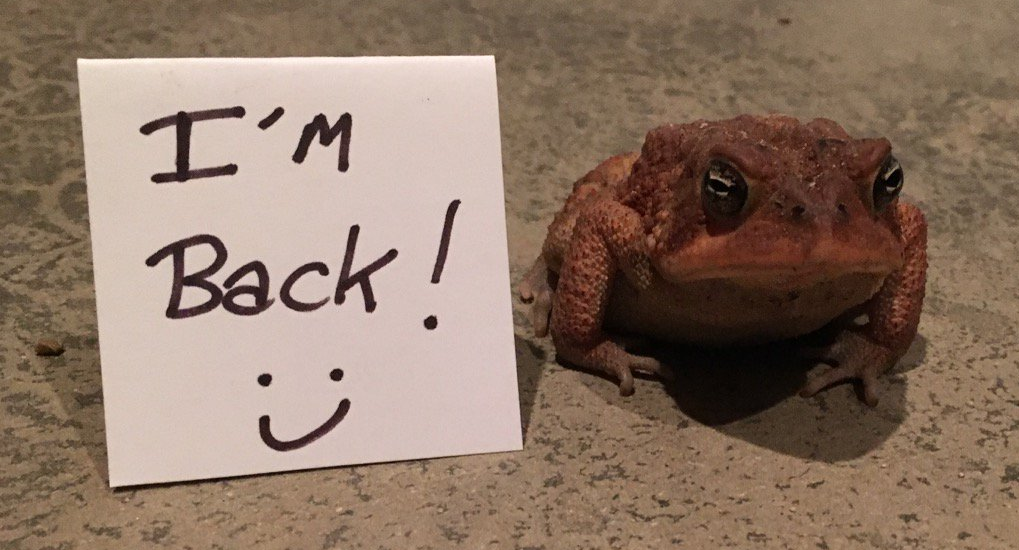 That was the story so far, and Chris did an amazing job. If you want to keep up with it, you can visit Mr.Newsome’s Twitter account. We can only hope the toad doesn’t stop visiting his friend.