So far, in your Internet adventures, you’ve stumbled upon videos with smart animals, and you might have also seen how intelligent honey badgers are. They could pull a heist all by themselves! But the wildlife conservationist, Brian Jones, found it the hard way. He saved a honey badger from a trap about 20 years ago and ever since, the little fur ball causes him troubles and keeps him on his toes.

Wait until you see the adventures of this rascal of a critter, who keeps on escaping his pen. We can’t stop laughing! 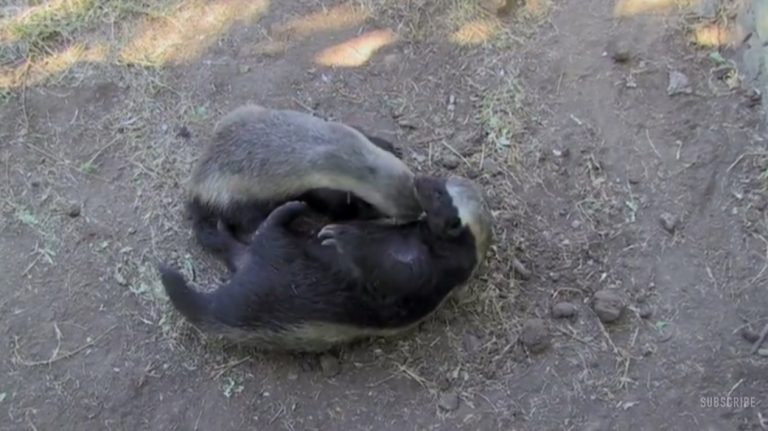 It was 20 years ago when Brian Jones who is working at Kruger National Park in South Africa, found a honey badger and saved the little guy. He received the name Stoffel. Fortunately for the critter, he also had a new home!

Yep, the little guy got mauled by some lions that were on the conservation, not long after he was brought there. So, Brian had to make the critter a home of his own. But Stoffel was a rebel at heart. 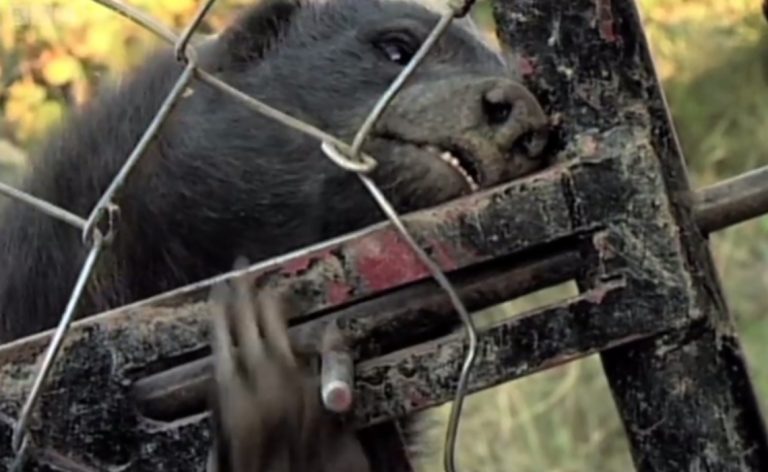 Oh, Stoffel didn’t like to play by the rules, so he would soon get out of every pen or cage he was put into. Brian began an adventure of his own, where just like in a cartoon, he had to catch the ‘wascaly’ critter.

20. Stoffel Got a Friend 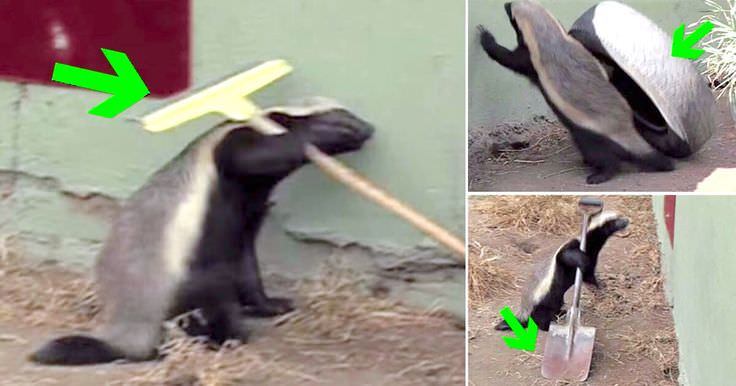 Brian figured that a way to keep Stoffel safe from other animals was to get him a partner. But little did he know that the female Hammy was his partner in crime! 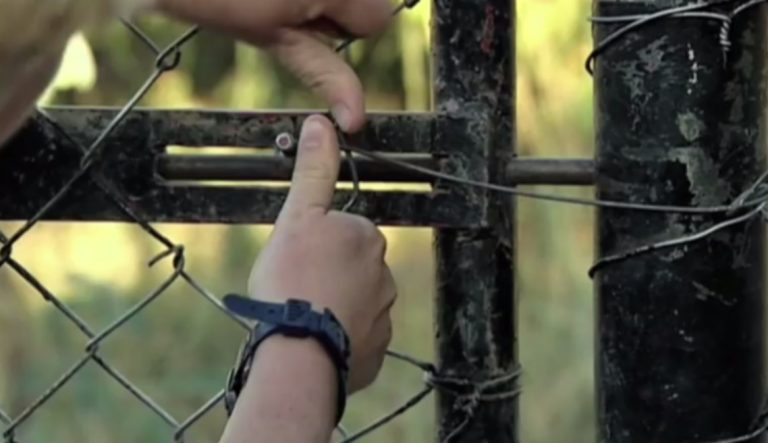 Brian made a new pen for Stoffel and Hammy. He thought that having a female around, the male badger would put that energy of his into something less destructive. This would keep Stoffel away from trouble. But Brian was completely wrong… 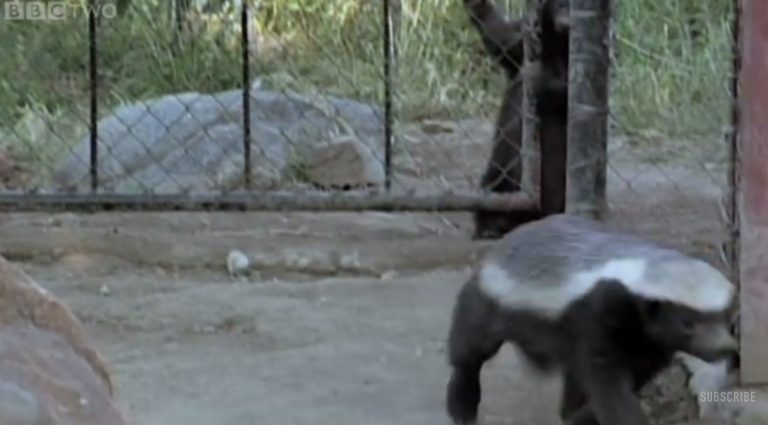 Stoffel and hammy figured out the door mechanism and as soon as Brian closed the door, Stoffel climbed on the gate and undid the lock. With Hammy’s help, they got out in no time. Brian had to run after TWO critters now!

17. The Badger is The New Houdini! 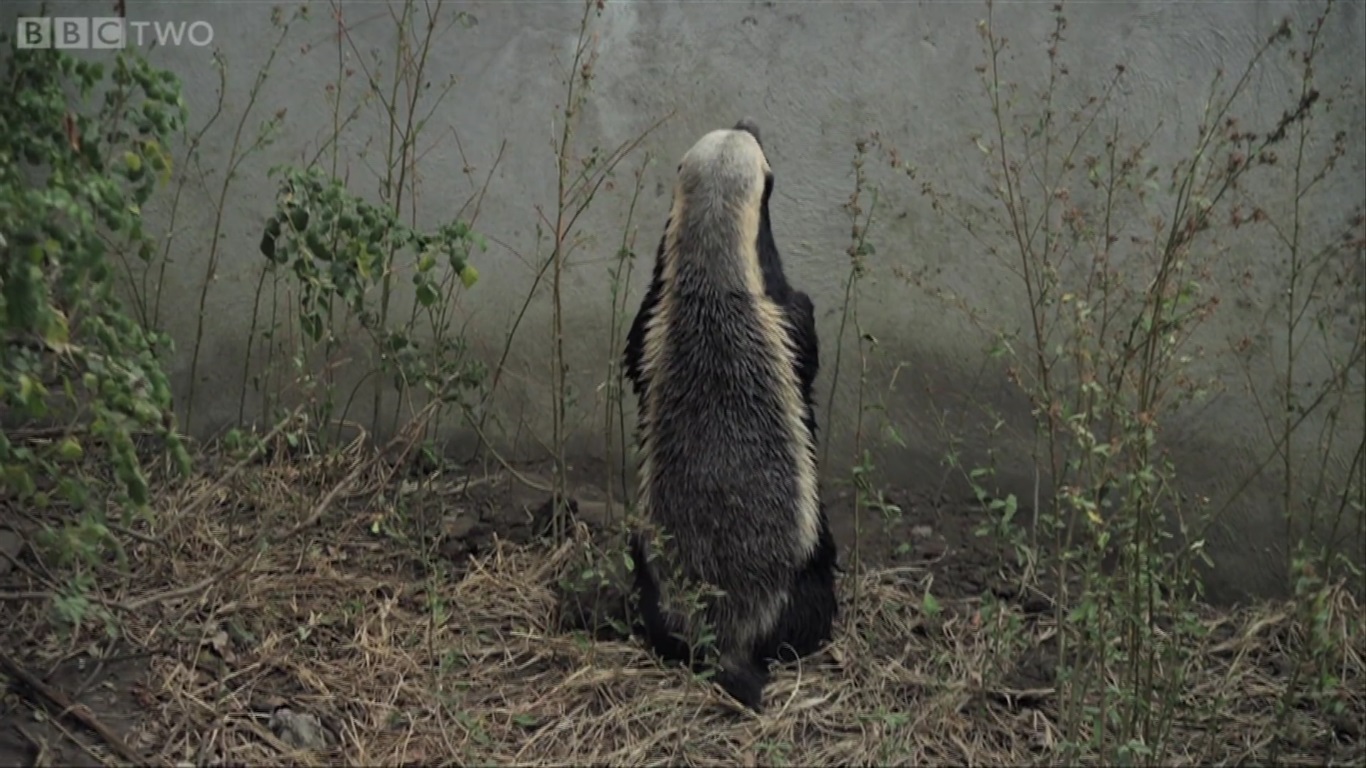 Stoffel undid the bolt and also helped Hammy, his new assistant to climb the fence. And this isn’t the only amazing escape! Stoffel had so many aces up his… furry sleeve! The next escape is pure genius!

16. Escaping Was Just a Routine 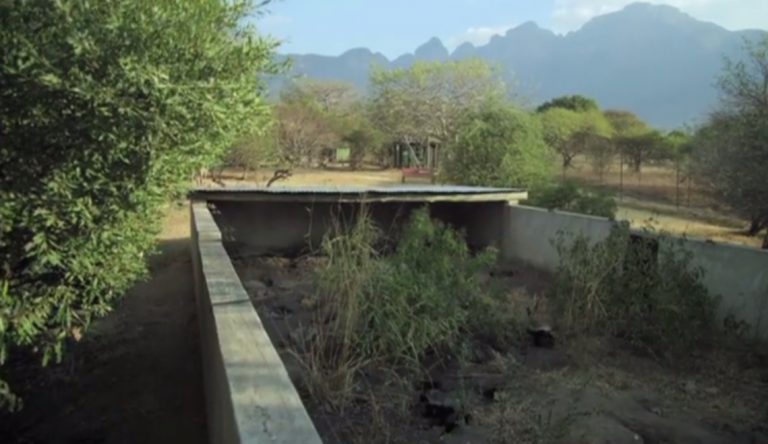 Stoffel came up with ingenious methods to escape and he did it every day, making Brian create an Alcatraz prison fit for the two honey badgers. And even with all of the walls and fences, they would still escape! 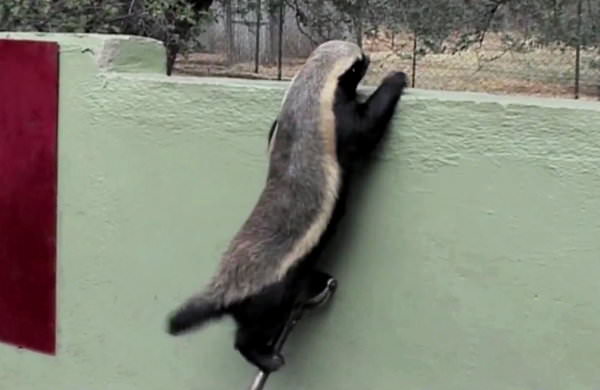 Brian thought that the walls would hold the escape artists. But he was wrong again! Stoffel found a new way to impress his human friend. Check out escape part 2, you won’t stop laughing! 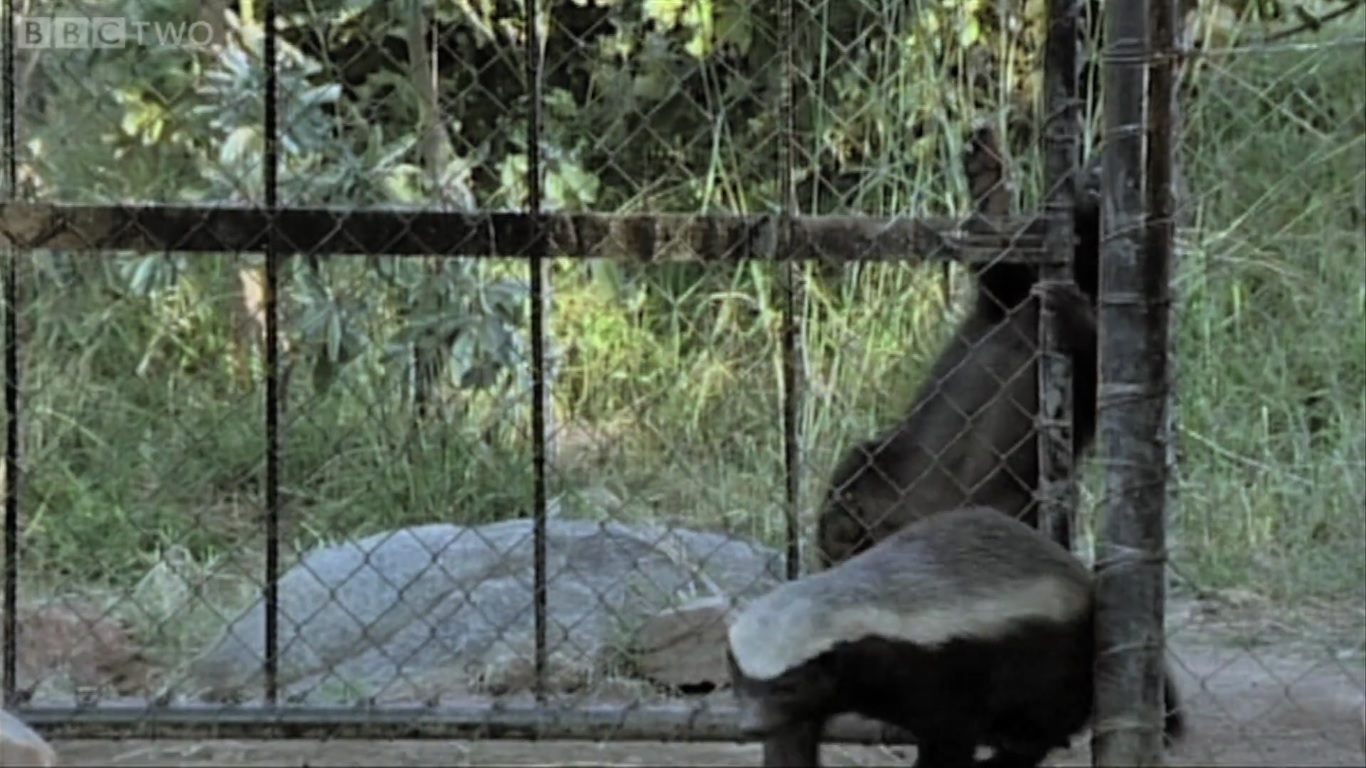 When you think you’ve seen enough, Stoffel gets a rake and climbs on it to go over the wall. If there’s a shovel around, it should do as well. And if not, he’s bound to find something else… Check him out in the next photo. This ball of fur is so creative!

13. I Will Escape Using This Stick! 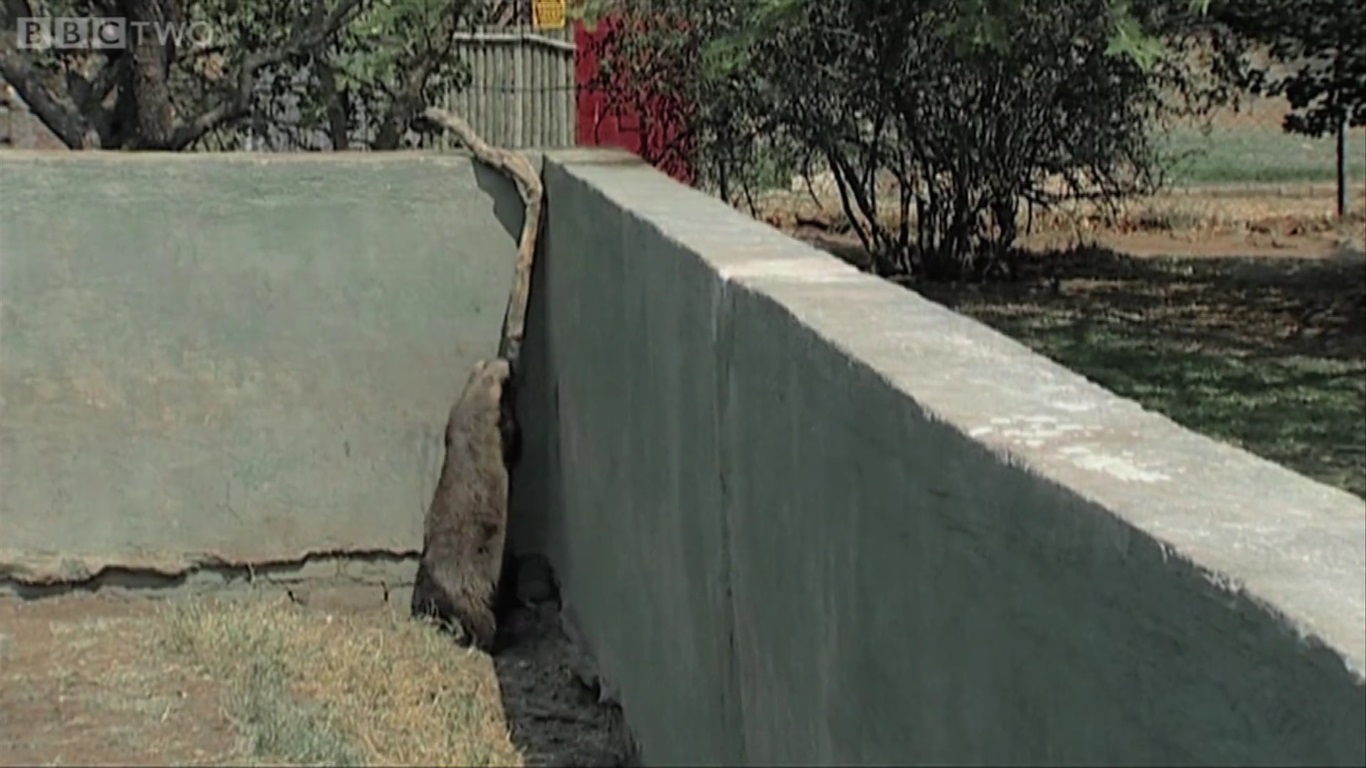 If he has a tree, then he has branches. And where there are branches, Stoffel can easily escape. Brian got tired of running to catch the rascal, so he removed the trees that were close to the wall. But Stoffel find another way! 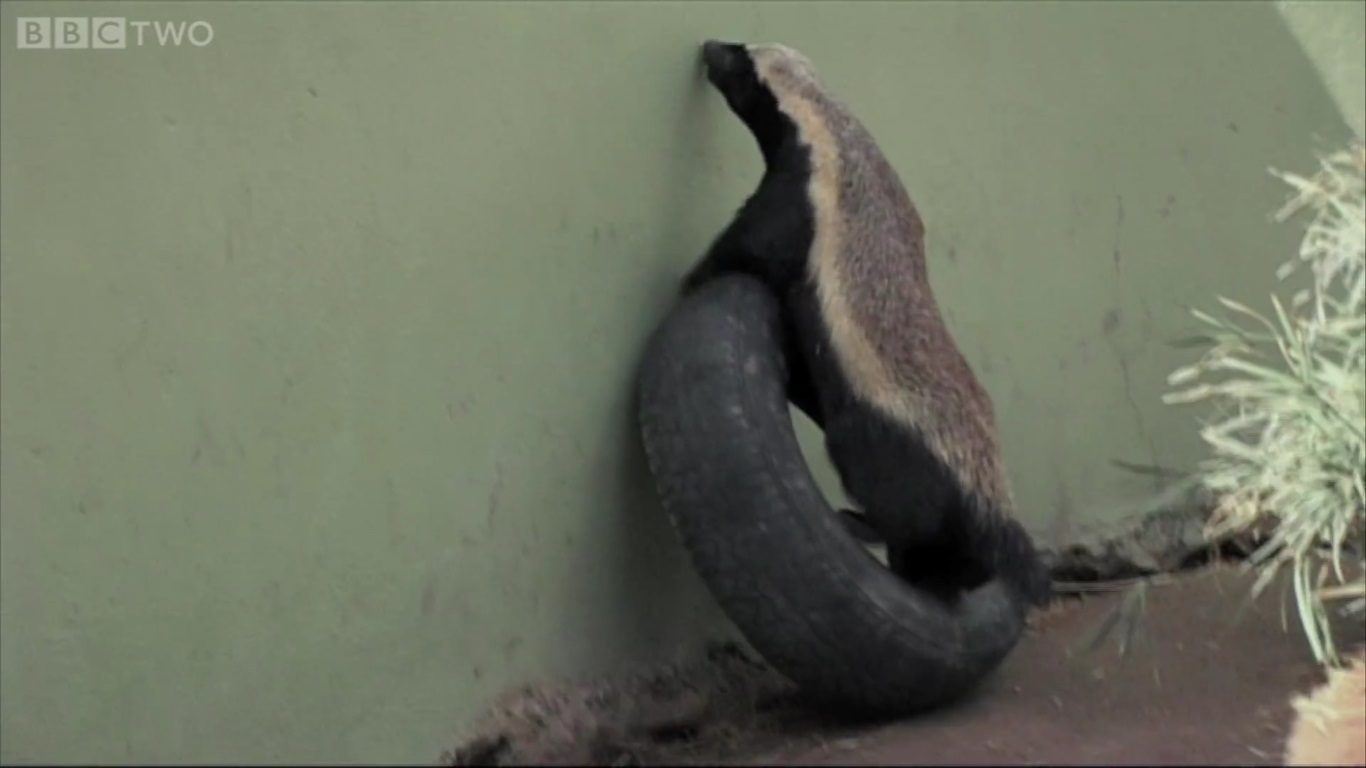 We were waiting to see an ending with Brian finally finding a way to keep the badger in his own pen. But Stoffel used a tire to scale the wall. And he was victorious once again! The next photo will crack you up!

11. Breaking Out and Breaking In 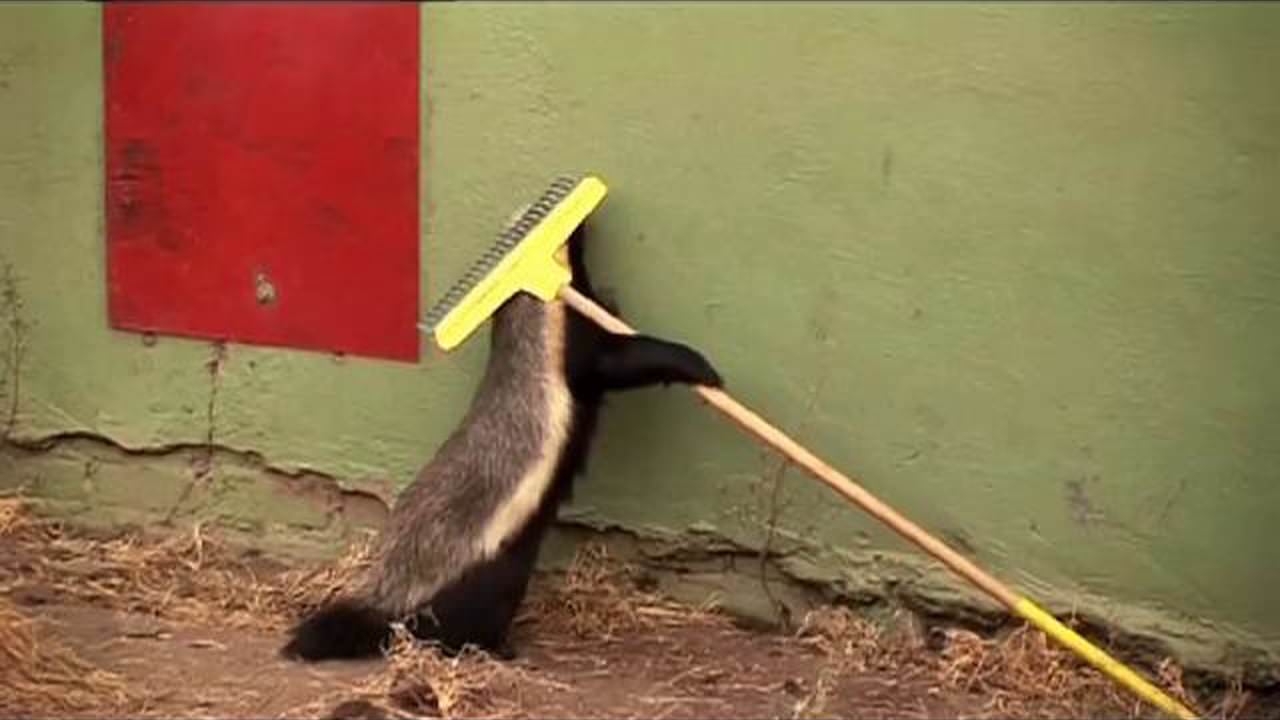 And you thought Brian’s days were occupied only by running around to catch the little guy? One night, Brian and his wife were in for a surprise…

10. There’s a Thief Inside the House! 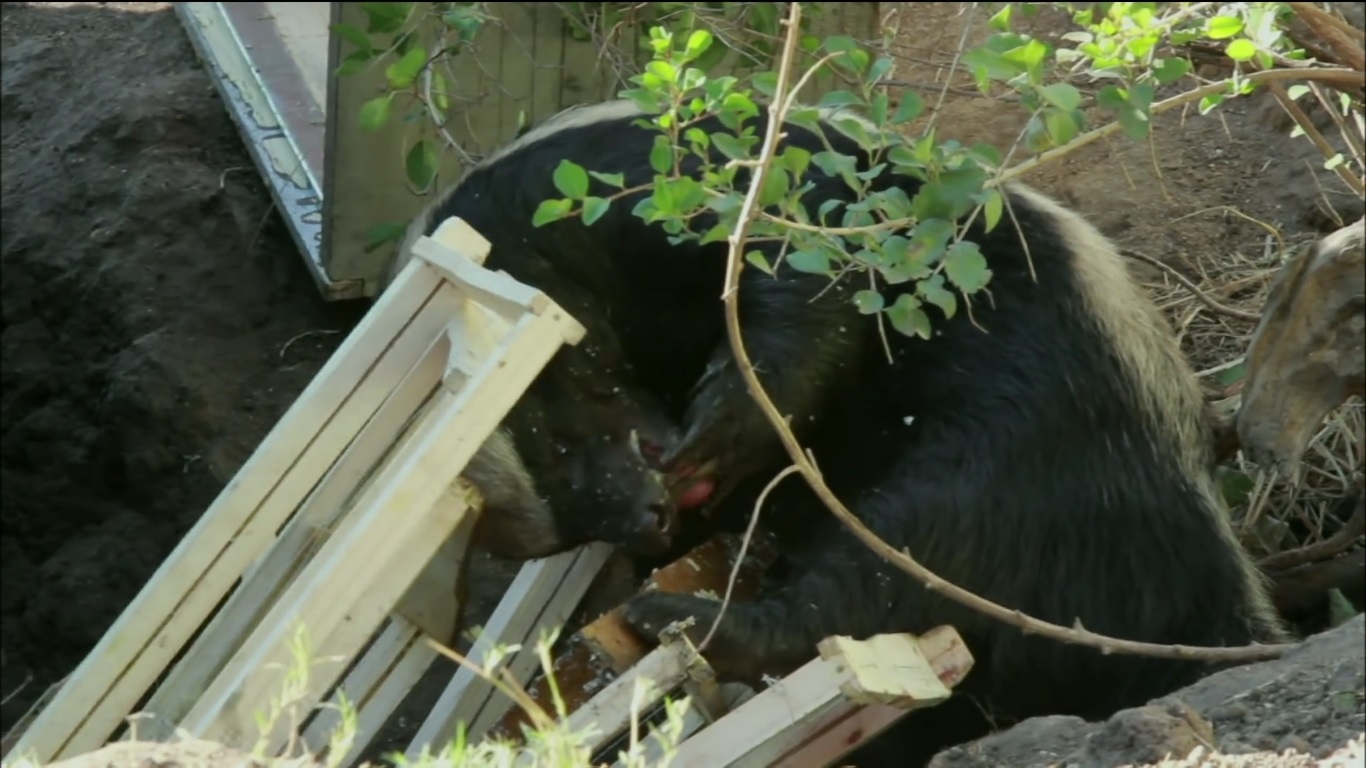 Stoffel broke out from his pen at night and as if annoying Brian in the daylight wasn’t enough, he thought that paying him a visit in the middle of the night would be awesome. The critter got into their house and even tried to open the door to their room! But the funniest escape is still yet to come. 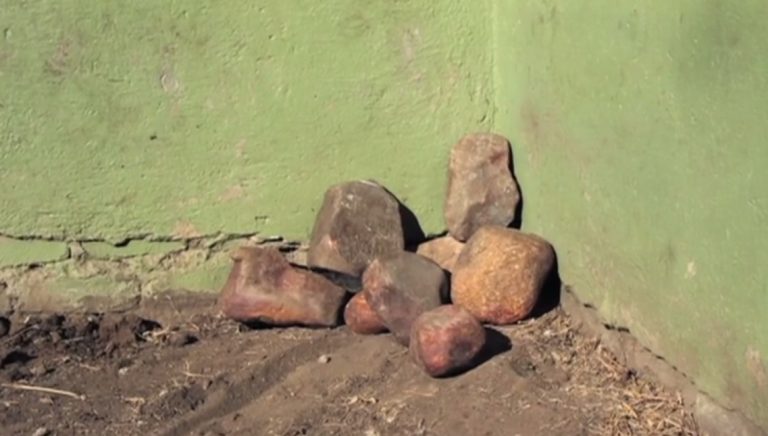 Stoffel was reinventing The Great Escape! He made a tunnel under the fence to escape. He used rocks to climb the wall! Brian had to take drastic measures! Again…

8. Getting Ingenious With Every Passing Day 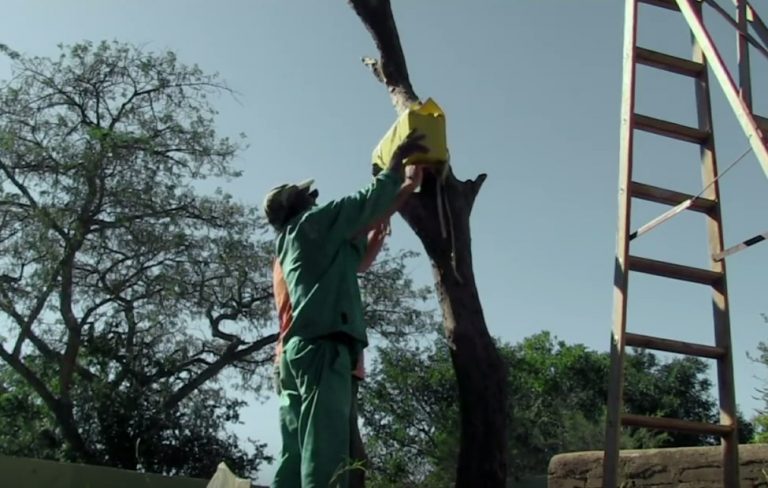 Usually, badgers are resourceful critters. They would use a lot of objects to reach their goals. So, Stoffel had to use whatever he got. After all of the other options were no longer available, first, he broke a window with a rock to get out through a glass enclosure. Then he used trees, first to get some honey and then to escape! Take a look at him in the next photo, as he’s trying to steal some honey… 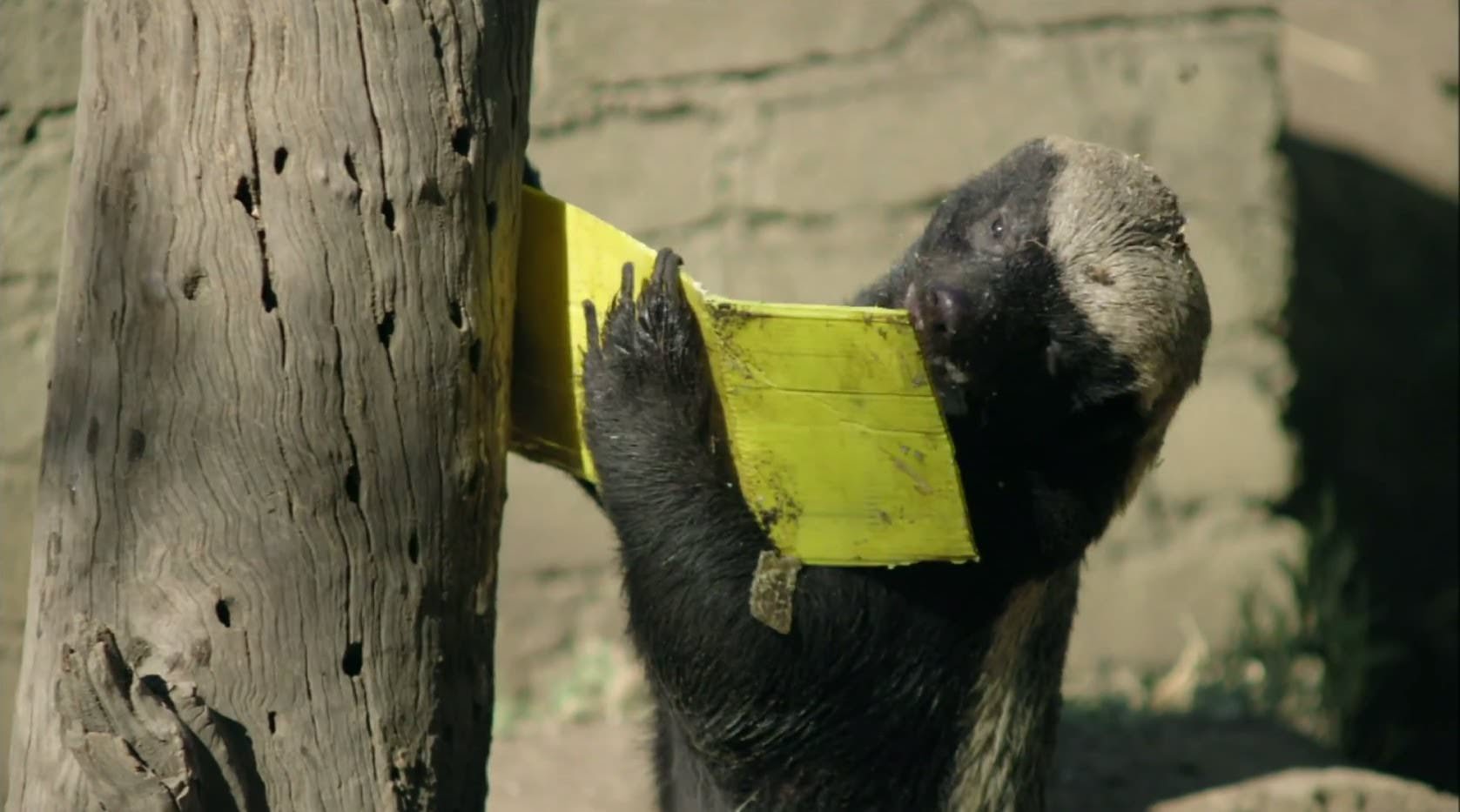 There is no other animal that’s better at getting some honey. So, you can guess that when Stoffel has something in mind, he won’t stop until he gets it. To test how good Stoffel was at getting honey, a beekeeper checked if his badger-proof beehive would last against the critter… 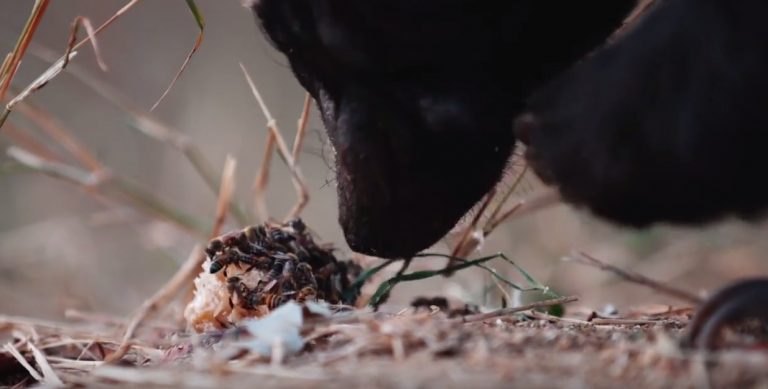 The beehive didn’t stand a chance against Stoffel. The badger got stung a few times, but he didn’t back down easily and served his tasty and sweet victory. He won again and after a little rest, Stoffel soon turned back to escape his prison. 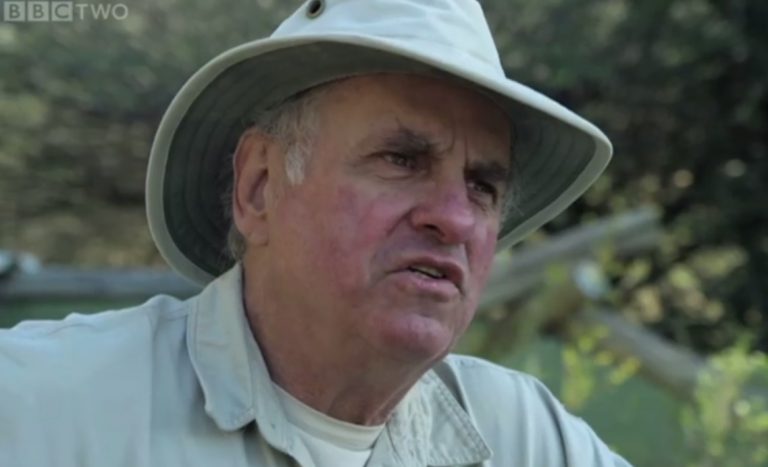 The badgers were so amazing, that they received a part in a BBC documentary. When asked if he trained them, Brian said that ‘their intelligence is just beyond anything’ and that he didn’t even think of training the badger to do such things. 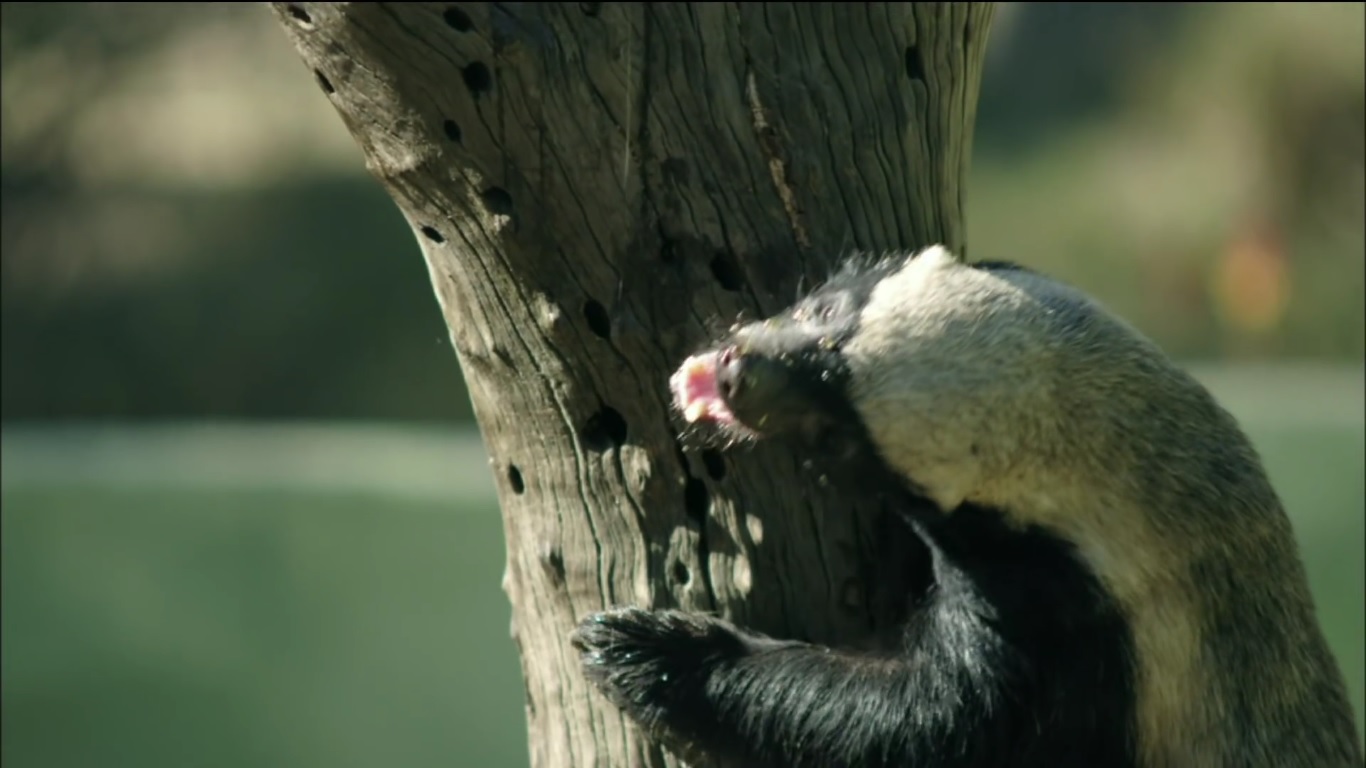 Badgers might be intelligent, but Stoffel’s brain and brilliant ways of escaping are just amazing! Who thought that such a small creature would come up with so many ways of annoying his human friend?

Stoffel is truly an impressive creature but there are some things that you should know about this species of animals before judging him. Here’s why they are so playful and oh well…annoying. 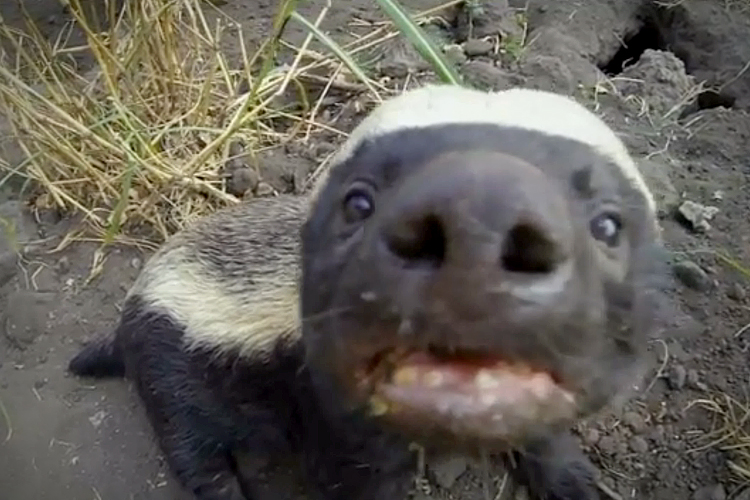 Although they’re cute, honey badgers are one of the meanest creatures on the Planet. It’s a fact that they would pick a fight with any other creatures. And they also fight snakes, check out the next photo! 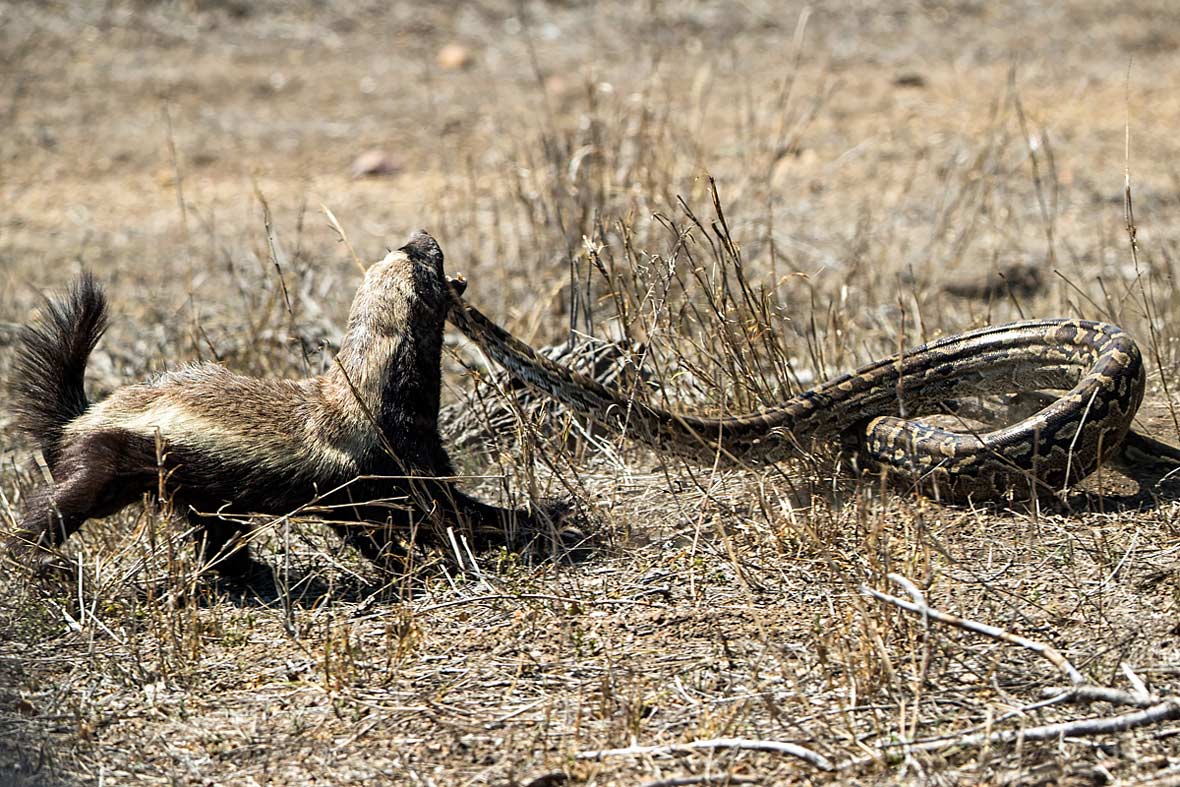 Isn’t that impressive? Honey badgers have really thick skin and sometimes they can survive even after being bitten by huge venomous snakes! The next fact explains a lot of things though… 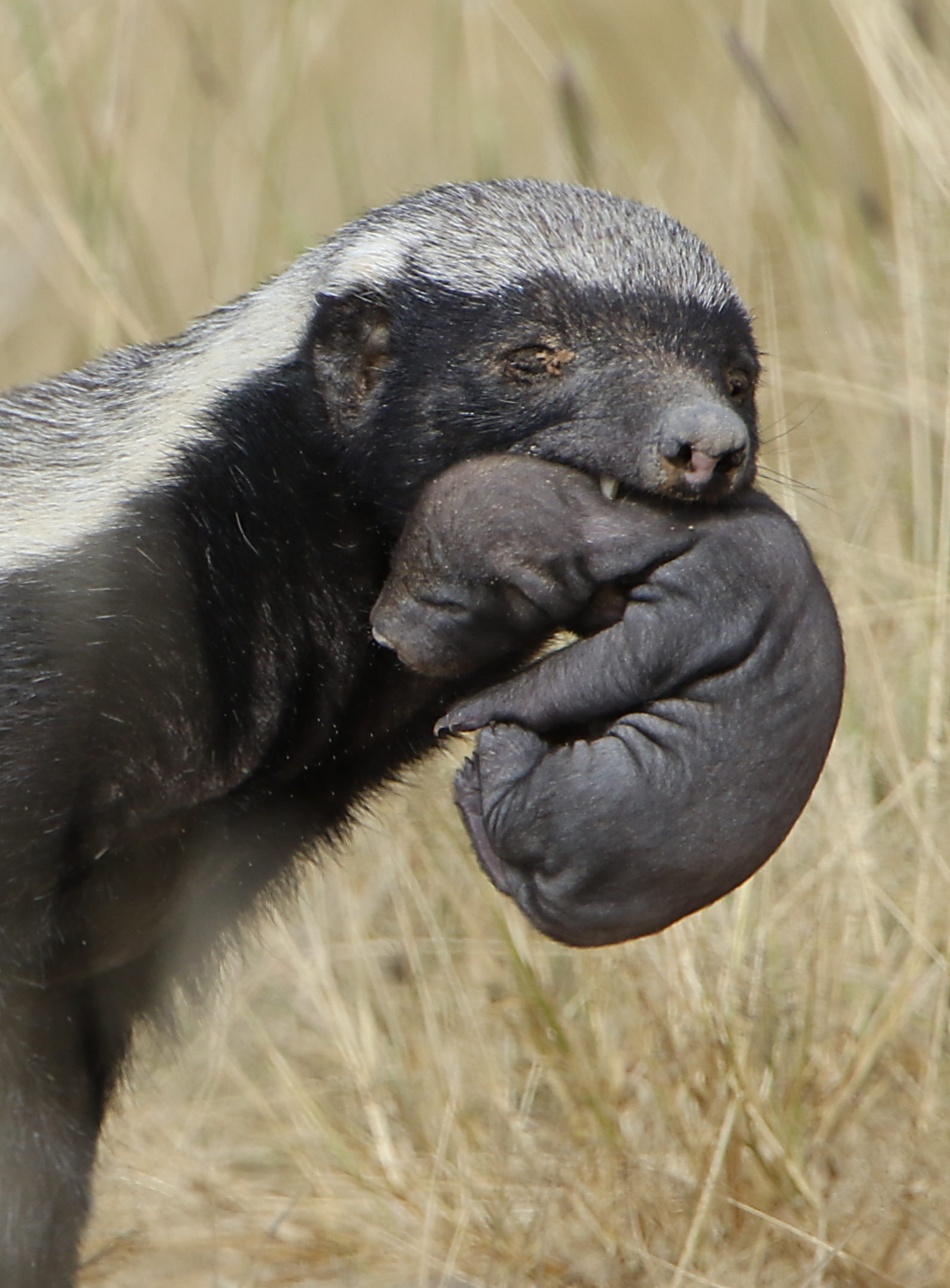 They’re almost as smart as monkeys and even though the main character of our story is a pretty creative animal, there are honey badgers who can actually use tools to climb, dig or even fight.